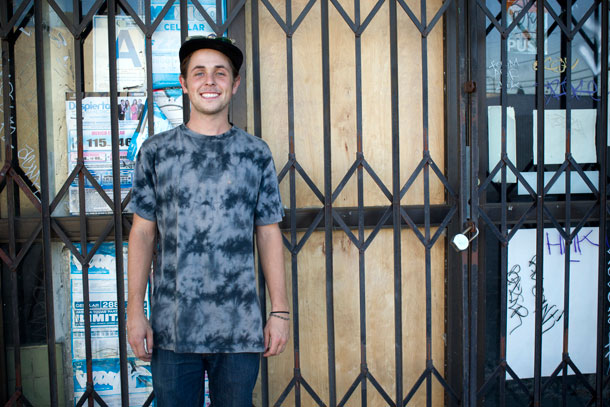 Ben Karpinski caught up with Aidan Campbell to talk about his roots and getting on Foundation.

Lets start with the basics: how old are you and where are you from?
I’m 21 and I am from Rancho Santa Margarita, CA.

That’s south Orange County, right?
Yeah, it’s one of the last cities. I guess it’s on the southeast corner.

Since it’s Halloween, do you have any good Black Star Canyon stories for us?
I don’t have any personally, but I know some sketchy business definitely goes on down there. There is an empty pool down in the canyon that some guy got shot by the cops at. I guess it was some crazy guy that had a gun and was trying to shoot at helicopters or something, and the cops came and wound up killing him on the deck of the pool. 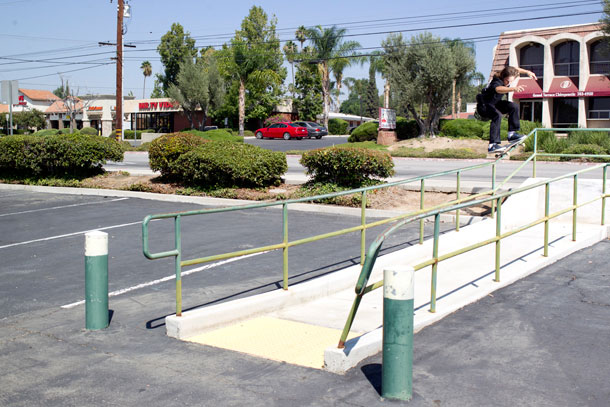 Did you grow up skating the Etnies park?
I actually skated this other park called BB. it’s a park that you don’t have to wear a helmet at. It wasn’t until I was a little bit older that I started skating Etnies more.

You ride for that shop Focus across the street from there, right? How long have you been on the team?
Since about eighth or ninth grade. It’s been a while.

Who’s your usual skate crew down south?
I usually skate with Mike Green and all the Skate Locos dudes. Cody Lisch is always on the sesh as well.

Who’s been smashing?
Dylan Witkin and Donny DuHadaway. You should check out his new part. It’s insane. 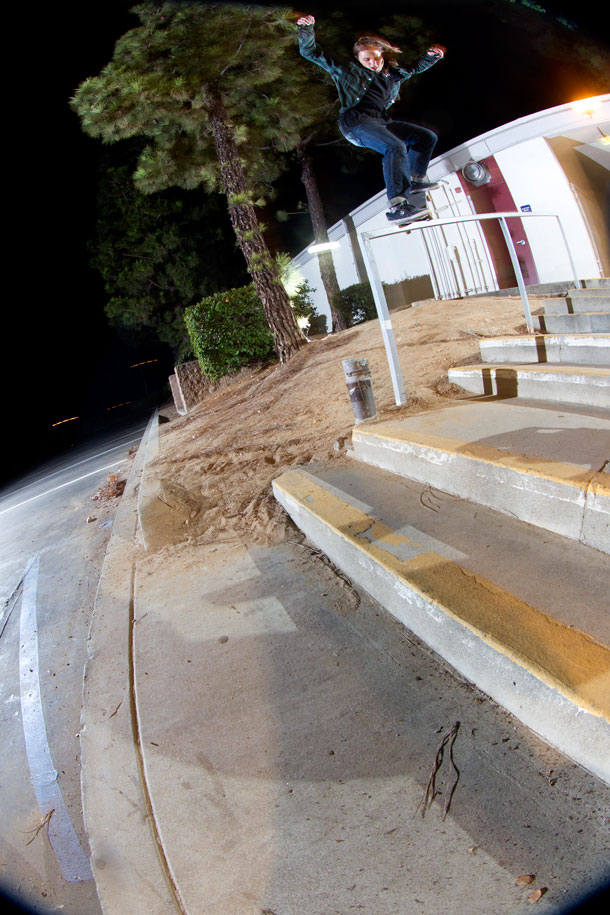 You ever see Andrew Allen down there?
I actually just saw him the other week when I was with the Skate Locos dudes. They are all friends. He’s tight.

How did you originally get hooked up with Etnies?
I actually used to work at the Sole Tech company store and wound up meeting all the TMs and somehow they started hooking me up. I got to go on a few trips and it sort of just worked out from there.

Have you ever worked any other jobs?
My dad has a painting business so I have helped him out painting restaurants and houses and stuff. I’ve only worked for my dad and Sole Tech.

Got any good Sheckler stories?
Well, I don’t remember it too well, but he got me so drunk in Austin, TX, that I blacked out for the first time.

Who do you think would win in an arm wrestling match, Sheckler or Merlino?
Shit. Probably Sheckler. He hits the gym. I don’t know if Nick does but Sheckler does for sure. 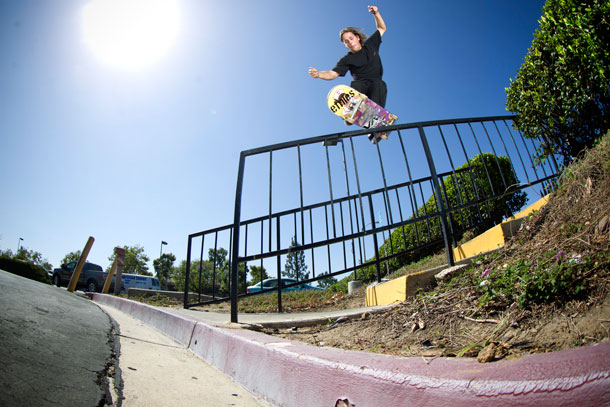 How did you meet the Yeto bros?
One day I went skating with David Reyes and Nick Garcia and we wound up meeting up with Don Luong, Jeremy Leabres, Joey Ragali and I think even Leo. Anyways, I used to watch that video Don made called Ta-Ha a bunch, so I was talking to him about it and kind of bro’d down after that.

What made you want to ride for the F?
Just being friends with everyone on the team and growing up idolizing Corey Duffel and watching That’s Life everyday. He was always my favorite skater growing up. But yeah, just after skating with everyone and becoming friends and having fun all the time I knew this was the right place to be.

Have you gotten to skate with Corey yet?
Yeah, we got to stay at his house for a week. It was super fun skating with him.

Any projects coming up after this intro vid?
Foundation video as well as a video for Etnies.

Damn, double duties.
Skate Locos wants to make another video, too, so it might be three.

Good Luck and congrats on getting on Foundation.