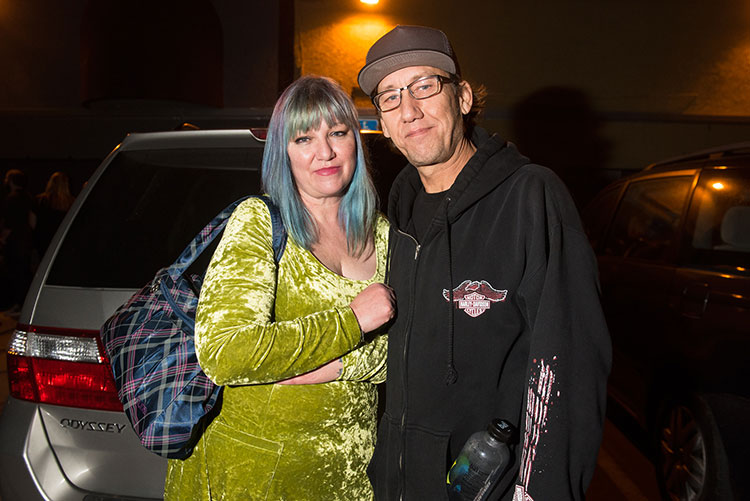 On Saturday, November 17th, veterans of the California skate and punk scenes gathered at Alex’s Bar in Long Beach to raise awareness and funds for Allen Losi. Losi, a mellow, easy going guy off the board, is known for his surly skateboarding in the pools and on the ramps of yesteryear. A stylish trick innovator, he had the cover ofThrashera couple times, including the fourth issue ever, in April 1981, and his namesake grind is still being learned more than thirty years after he first did one. 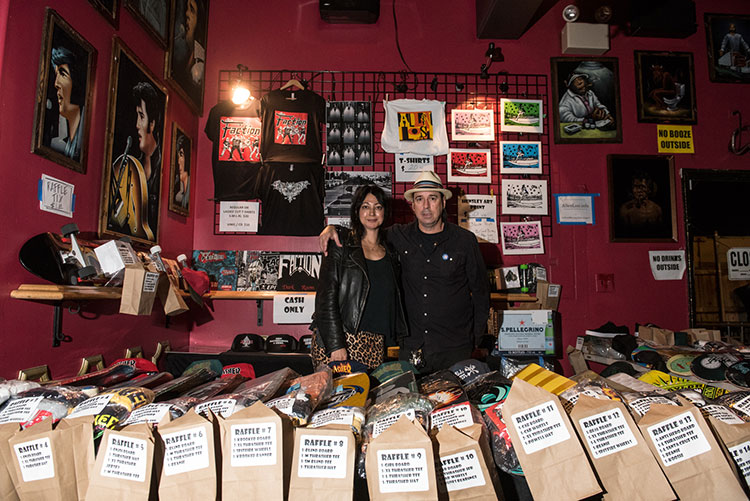 Karina, Reeps and the raffle array! 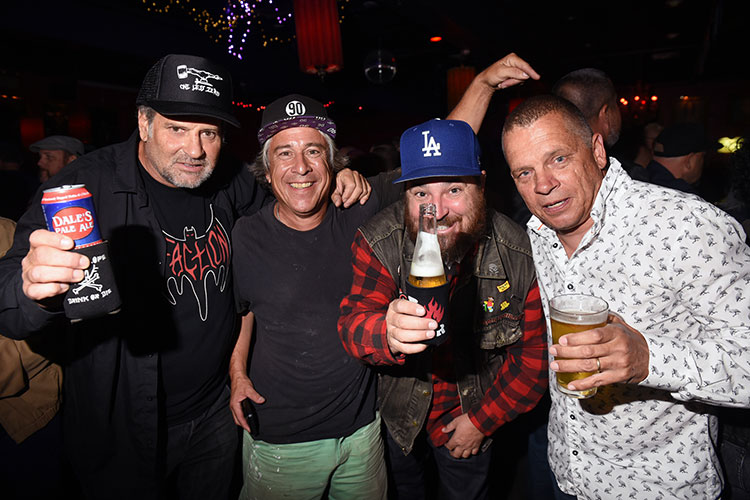 Losi’s got a disease called CRPS—it’s a nervous-system disorder that is rated the most painful of all human afflictions, and it causes constant pain throughout his body. Each day brings an unknown level of pain and the subsequent pain management makes any long-term planning extremely difficult. 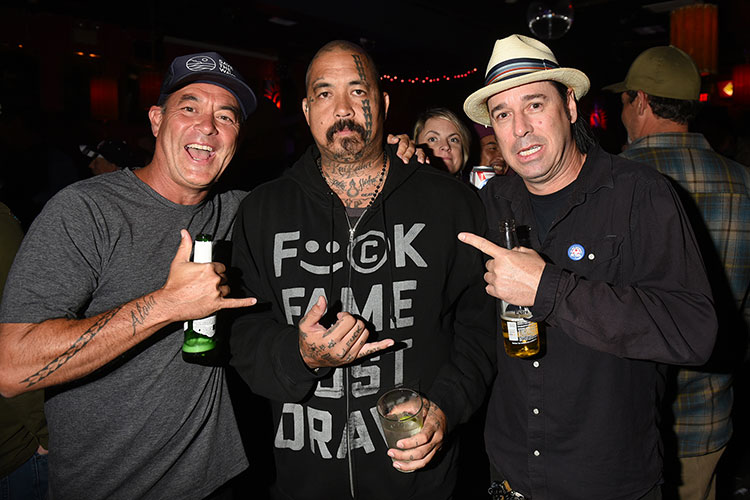 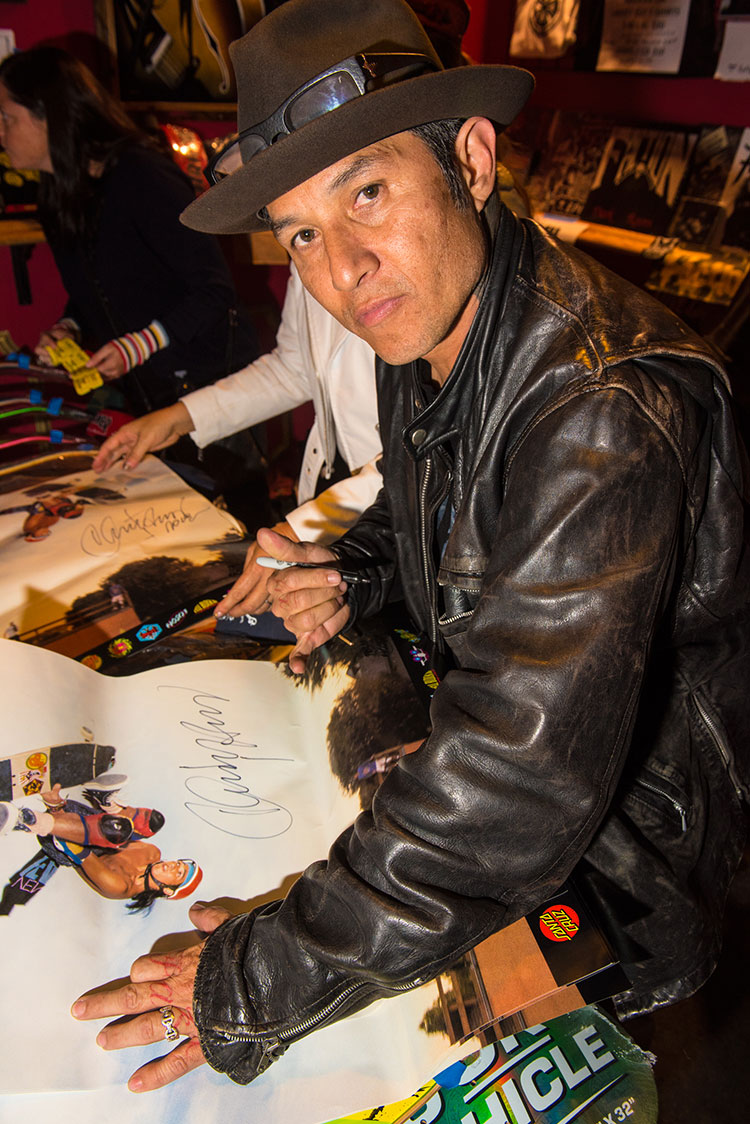 Christian Signing some original late ‘80s posters. He even sold two in the parking lot and handed Losi the $100!

Reeps Moody, longtime skater from San Jose, hit up his friends in the Faction about playing a benefit show and from there it all came together. Lots of “Friends of Losi” pitched in, some great board brands donated a lot of product and we organized an amazing raffle. John Lucero brought an old Losi Variflex graphic back to life, Jeff Grosso got Brad Dorfman to make 300 shirts for the cause(!) and Jim Gray made stickers. Corey O’Brien, Dave Duncan, Deluxe, Dwindle, Girl, Hosoi, Hurt Life, NHS, Powell-Peralta, Swami Records,Thrasher, Tony Hawk Foundation, TumYeto transworld and more generously donated prizes. Artists including MoFo, Steve Evans, Pops Hosoi, Christian Hosoi, Donovan White, Grant Brittain, Hagop Najarian, Jason Adams, Lance Mountain, Michael Burnett, Paul Schmitt, Steve Caballero and Steve Olson donated personal items and art that will be auctioned off over the next few weeks. We owe a big debt of thanks to Steve Douglas, who reached out to all the brands, and a big shout out to Karina, Michelle and Joaquin for putting in some real time and effort to make the event successful, and of course, to longtime skate rat Alex Hernandez of Alex’s Bar for hosting the event and being down for the cause. 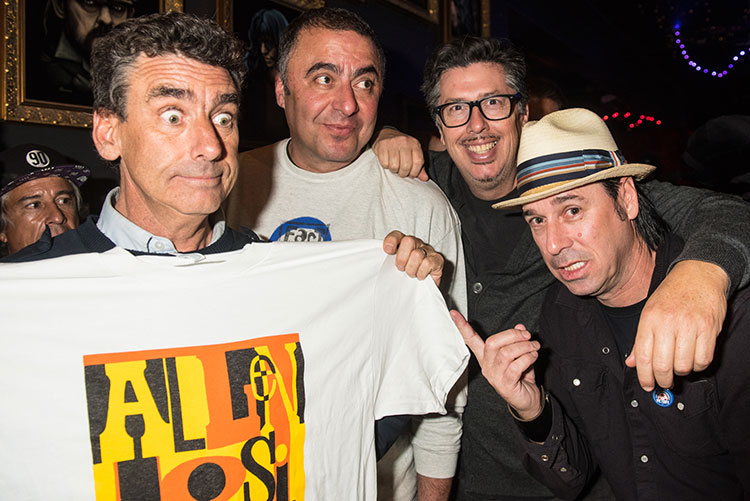 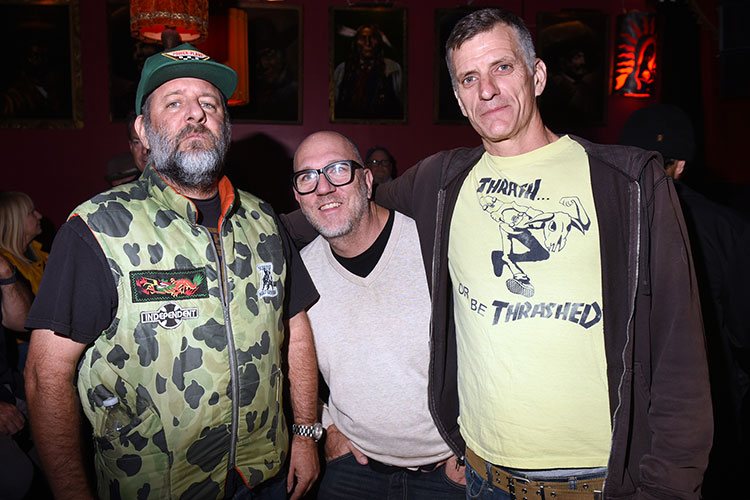 Slappy, Mike Ballard and Miki Vuckovich. Miki is wearing an original ’83 homemade shirt by Dan Wilkes—“Thrash Or Be Thrashed!” 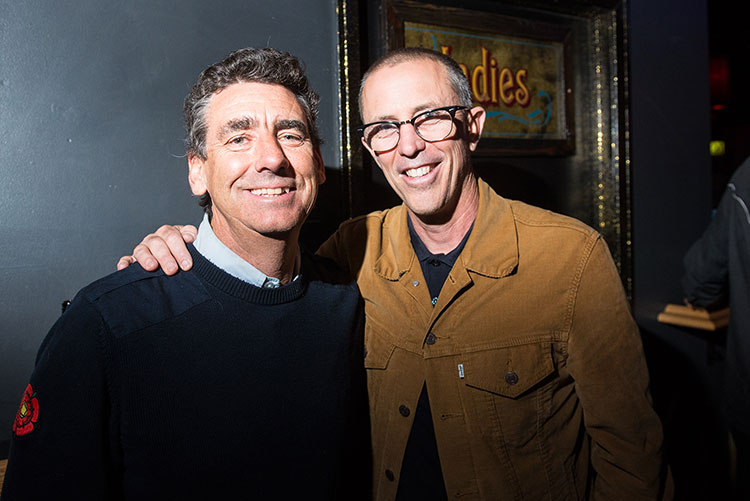 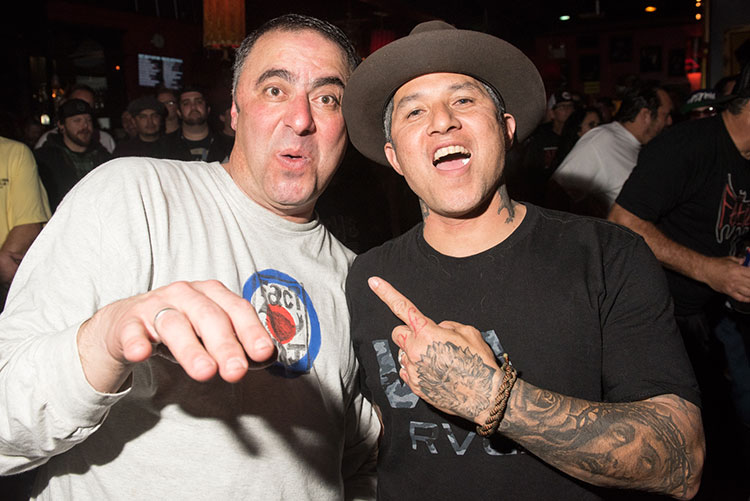 On the stage, Donnie Spada and his new band the Loose Trucks rocked the stage, warming it up for the Flat Spots, with Matt Hensley, Joe Sib, Cassie from Union 13, longtime ripper Kenny King, bass-man Kevin Wright and none other than Allen Losi on the guitar. You’ve never heard punk rock in all its glory until you’ve heard Matt Hensley play the intro to the Circle Jerks’ “Back Against The Wall” on accordion! Next up were Screaming Lord Salba and his Heavy Friends, featuring skate veterans Spidey and Scott Hostert, as well as cameos by Matt Hensley and Brian Brannon. And then the Faction came to the stage and played a great set of Skate Rock favorites, including “Let’s Go Get Cokes,” “Lost In Space,” for which they were joined by Allen Losi on guitar and ending with an open invitation to join the band onstage for a “Skate and Destroy” sing-a-long. 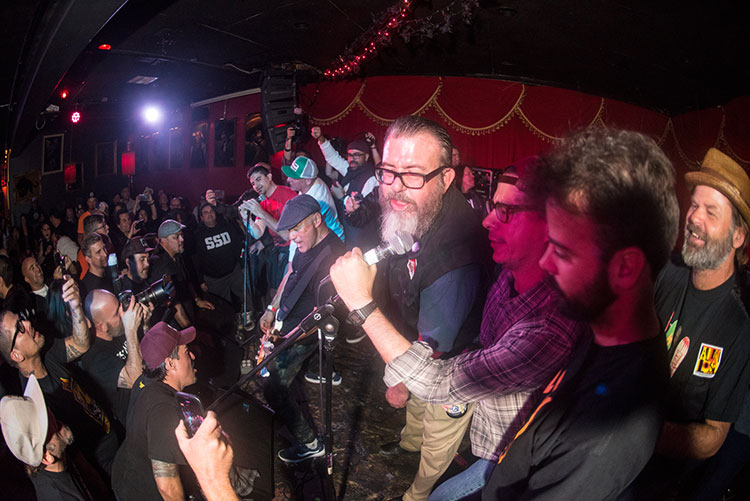 All hands on the stage for the mantra: “Skate and Destroy.” We hope this event raises awareness for CRPS and helps Losi moving forward. We’re here for you, Allen! 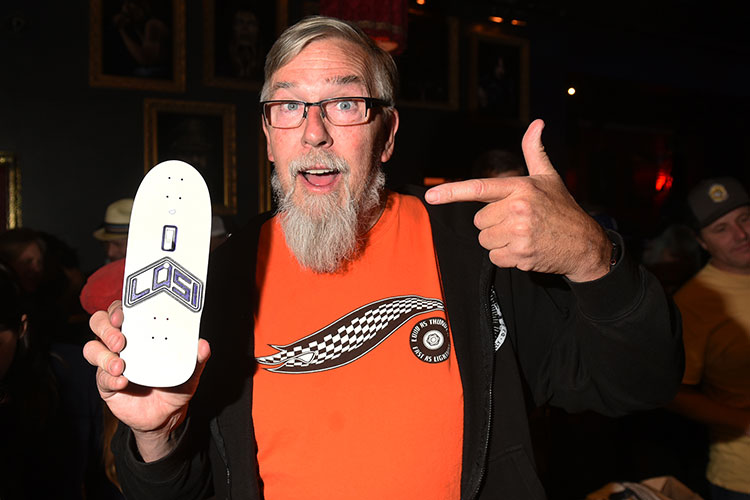 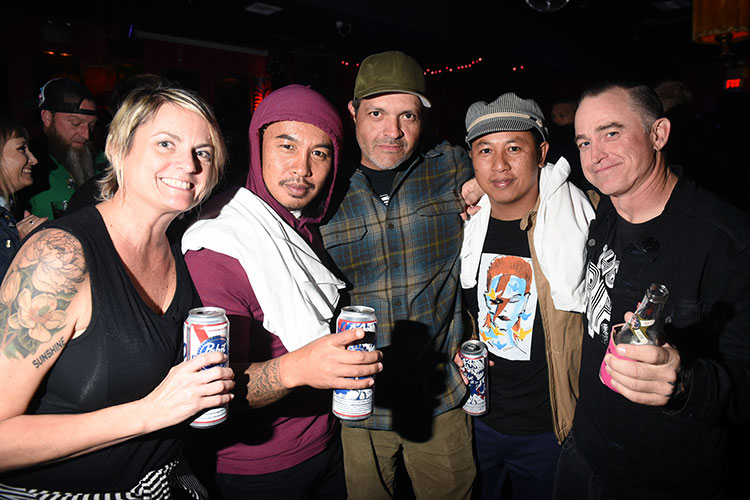 Three Channitas, one Ortega, one Danny 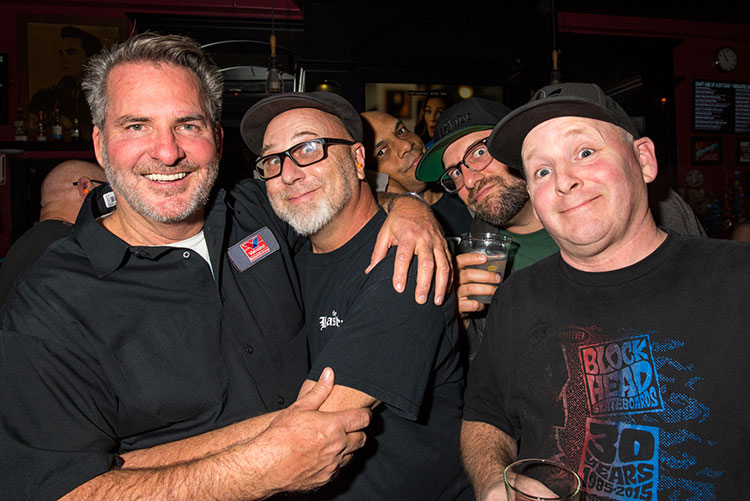 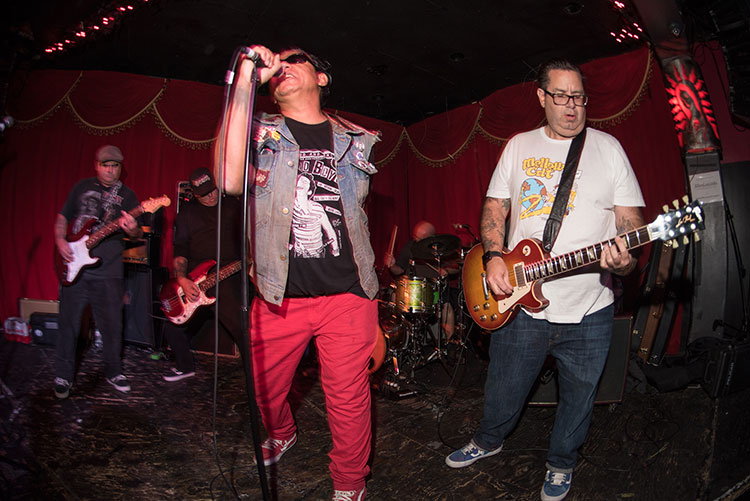 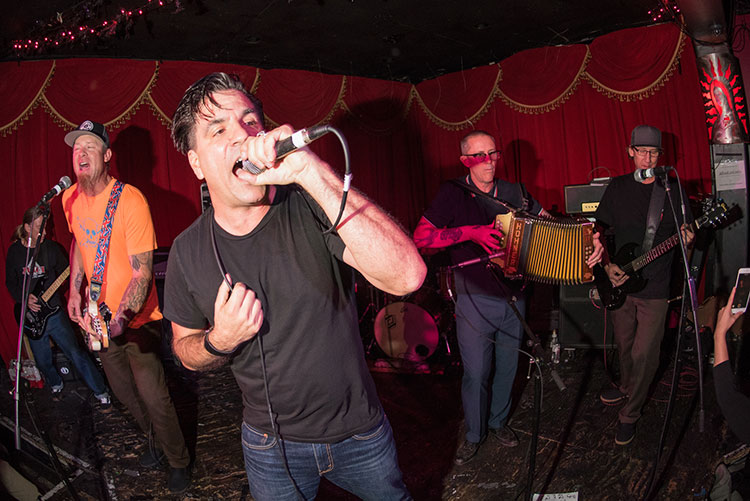 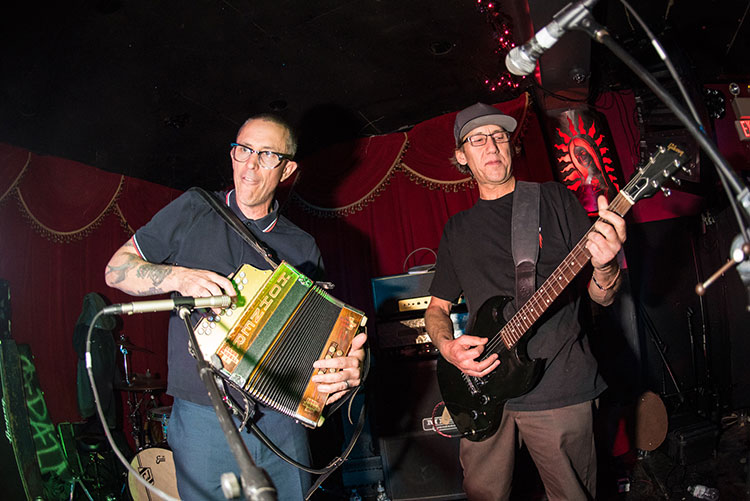 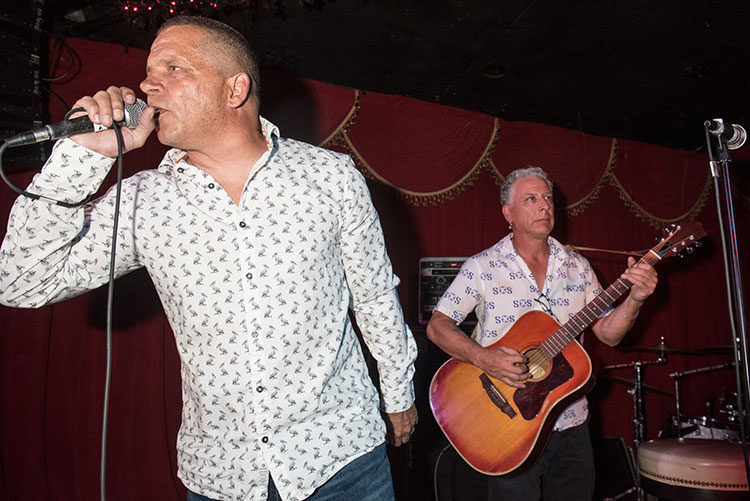 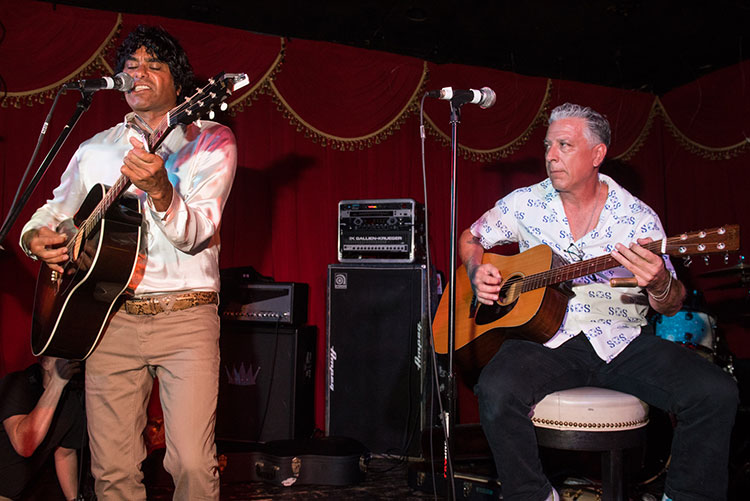 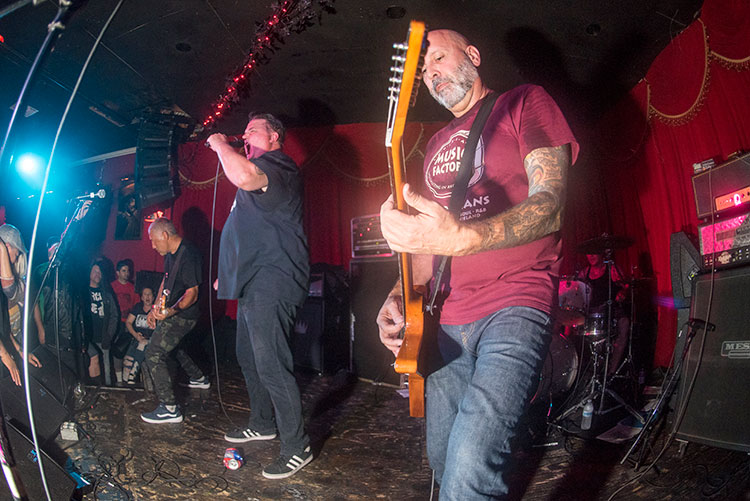 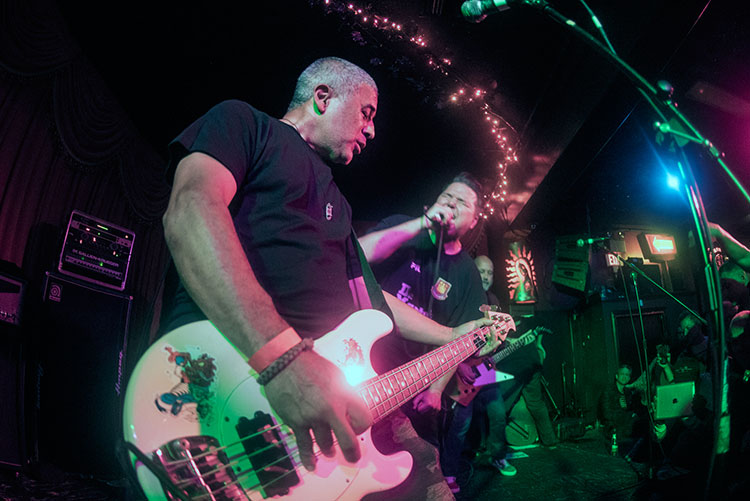 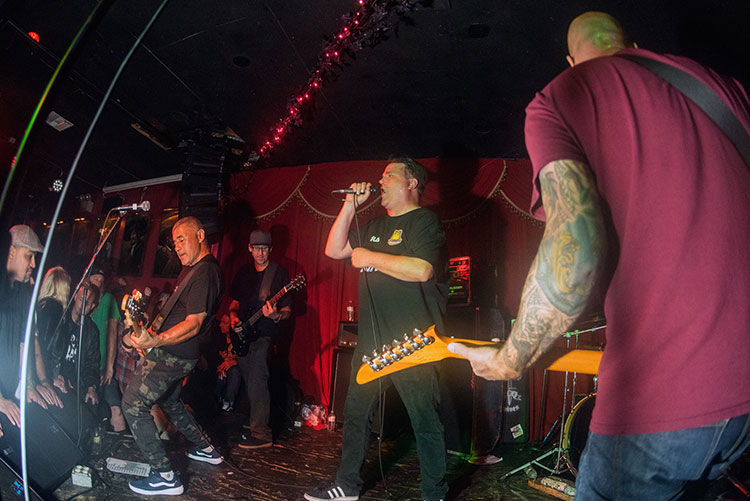 The Faction with Losi during “Lost in Space”

It was a great night by all accounts. We continued the dream of taking care of skaters in need, raised some money and kickstarted an ongoing campaign for our friend Allen Losi. For more information about CRPS, as well as the auctions, Allen’s GoFundMe or upcoming events, please visit  allenlosi.info   —Mark Waters
© 1981–2023 High Speed Productions, Inc.