"Back East to the Future" Article 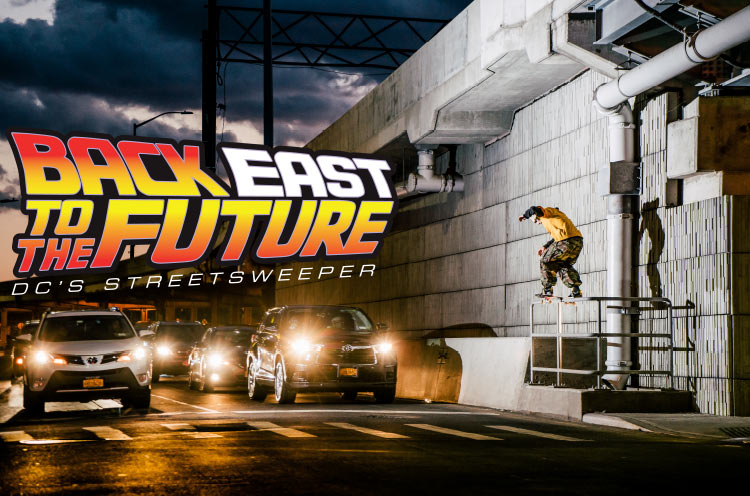 The headlights of people trying to go home from their office jobs, John Shanahan front boards to fakie straight into traffic     Photo: Heikkila

Most people know a street sweeper as a roaring vehicle that clears the roads and alleys of debris while creating another reason for the general population to pay the government through parking citations. The Urban Dictionary considers a street sweeper to be a shotgun modified to accommodate a 10+ round capacity. In this case, it’s a little bit of both—the DC team scouring the streets of the Eastern Seaboard in search of spots both famous and undiscovered, mowing them down or getting broke off in the process. Skaters from around the world are drawn to these spots with their cutty appeal and big-city backdrop. But when they finally put wheels on the chunky asphalt and ancient concrete of the East they realize many of the best looking spots are equally hard as fuck to skate. With a crew of True East legends, rough-and-ready up and comers, a few Cali kids and a couple international upstarts just to make it interesting, the Streetsweepers rolled through and gave it their best shot. —Mike Heikkila 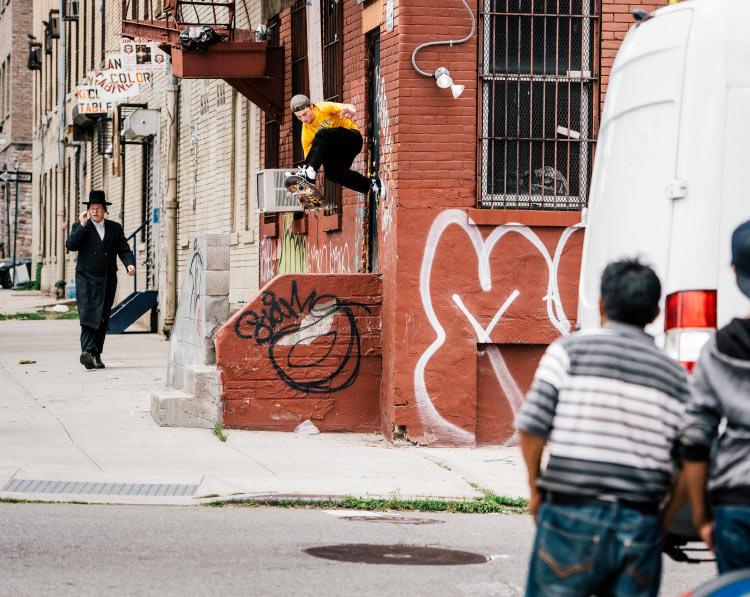 No one or thing could have distracted T-Funk from this fastplant. L’chaim!     Photo: Heikkila 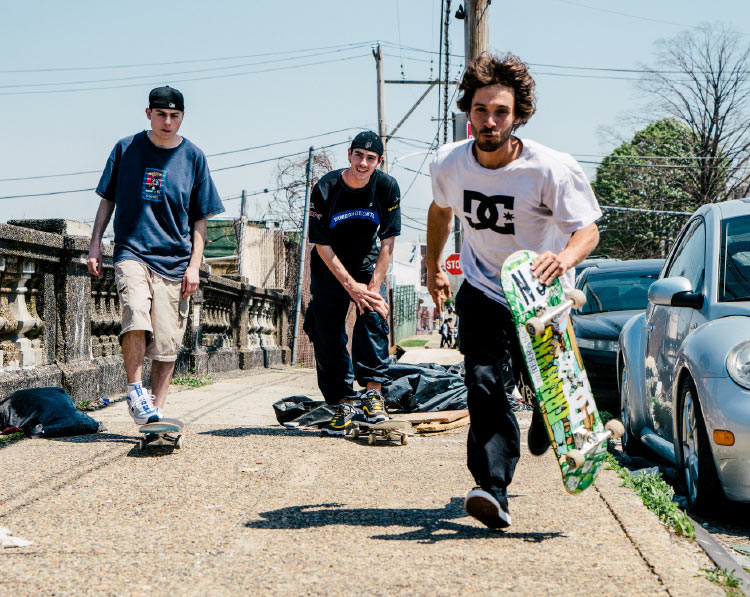 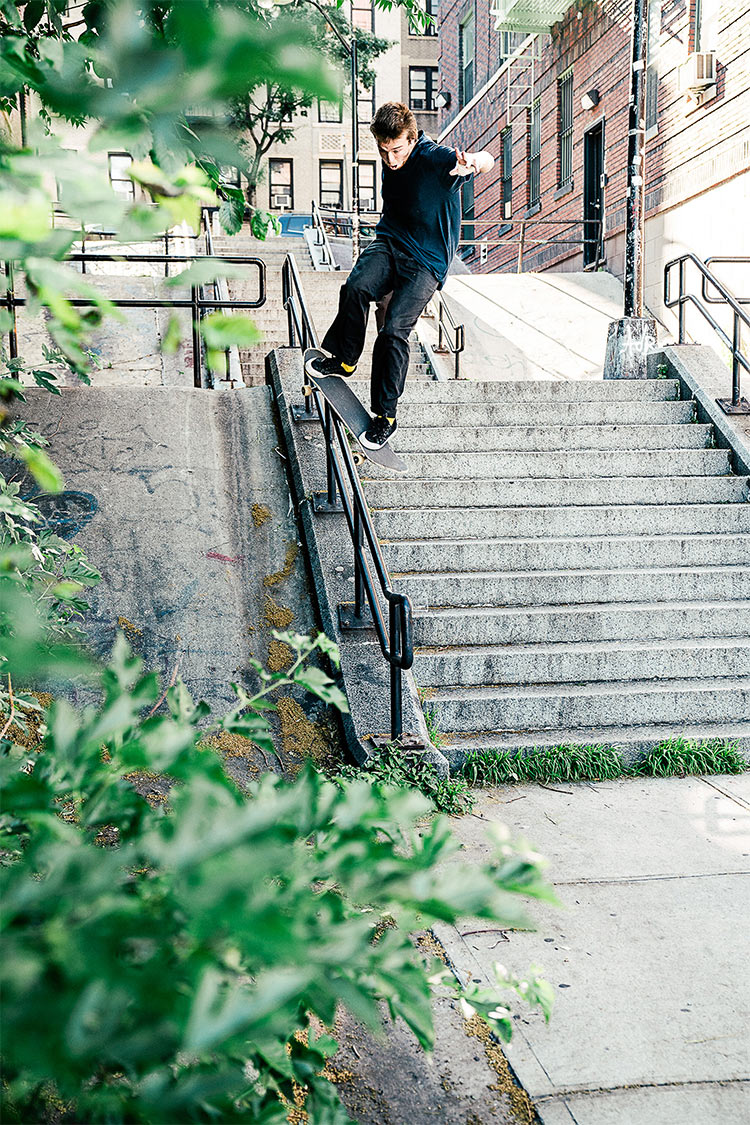 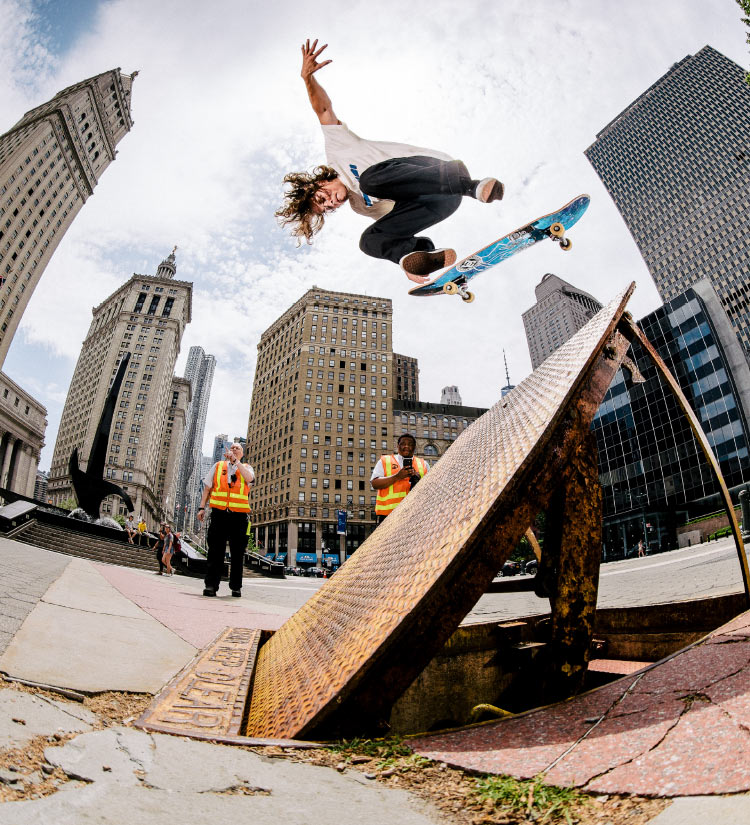 People have skated this diamond plate subway service hatch for probably 20 years, but when these two MTA jerks rolled up on Jaakko Ojanen doing a nollie backside flip on it they acted like he was a Finnish terrorist     Photo: Heikkila 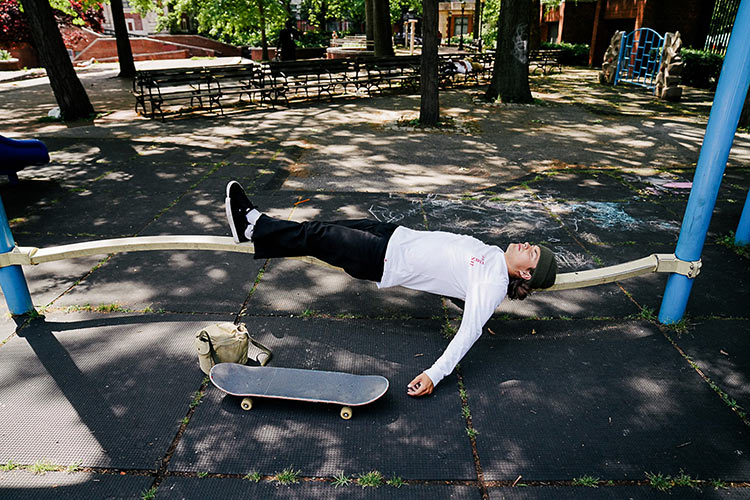 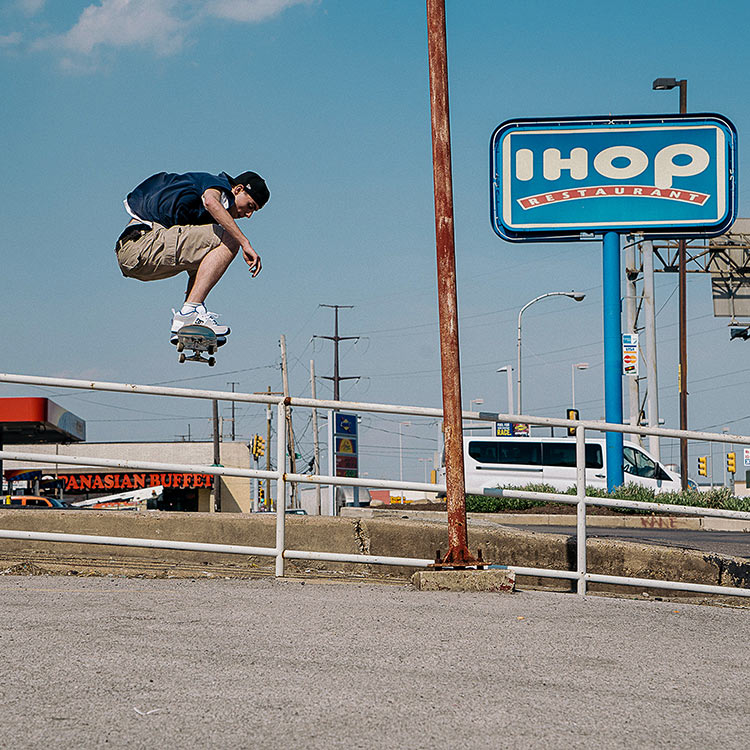 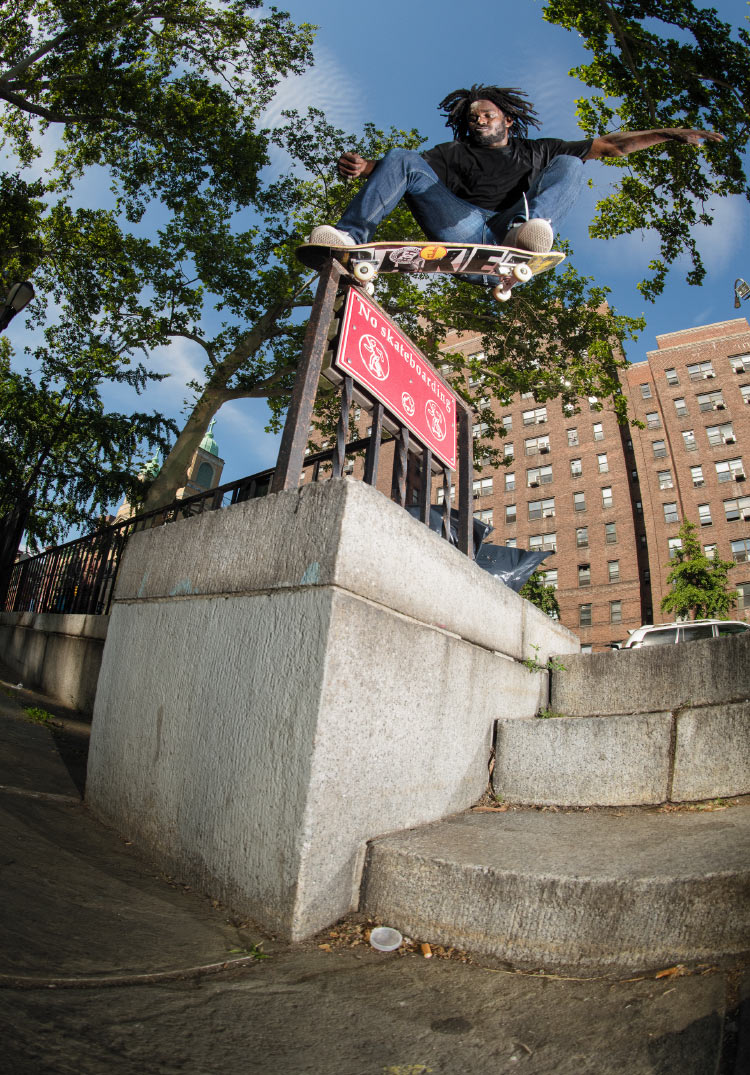 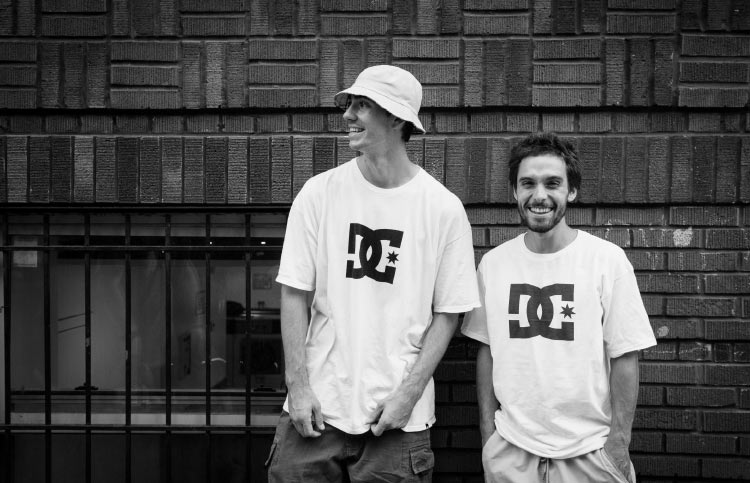 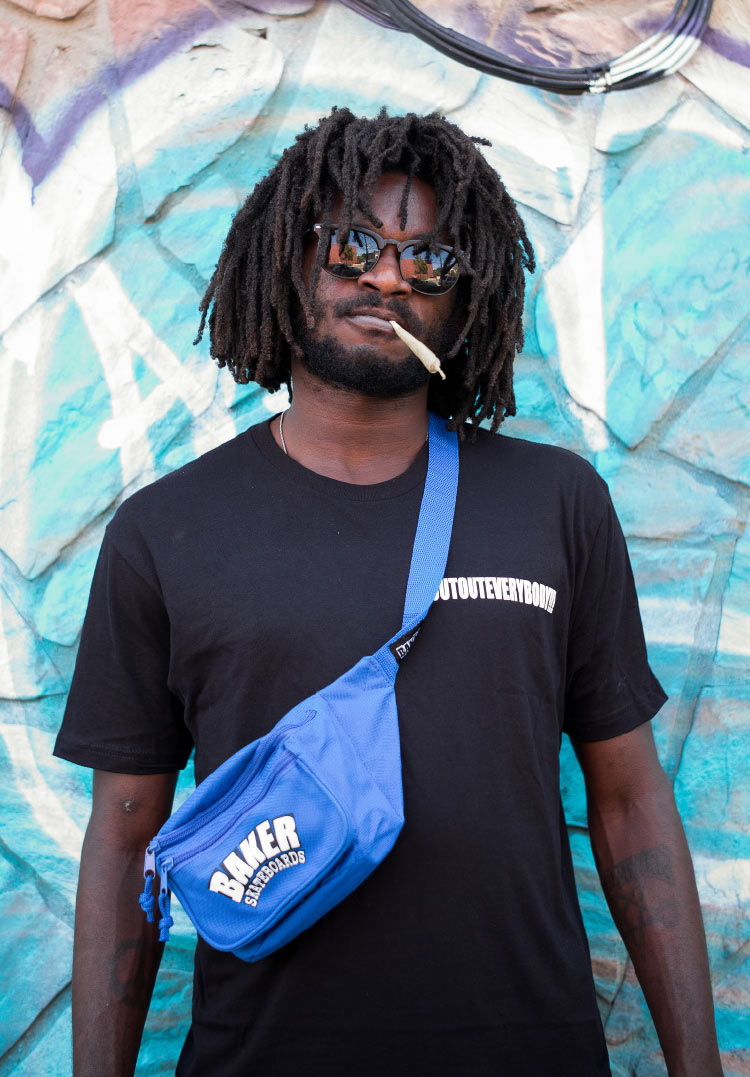 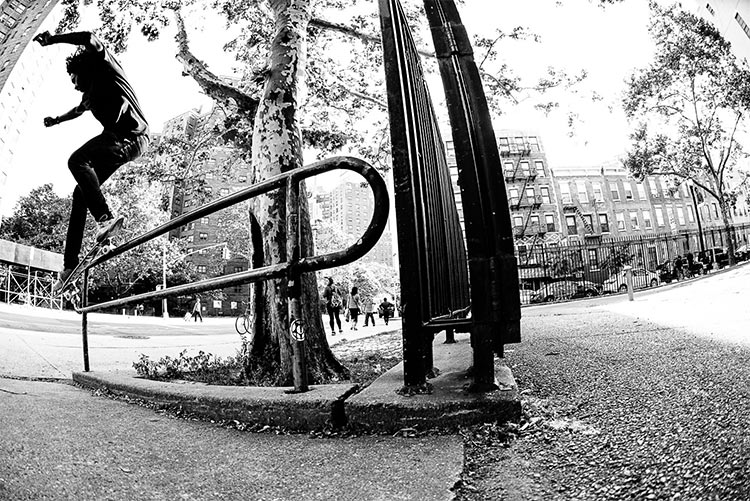 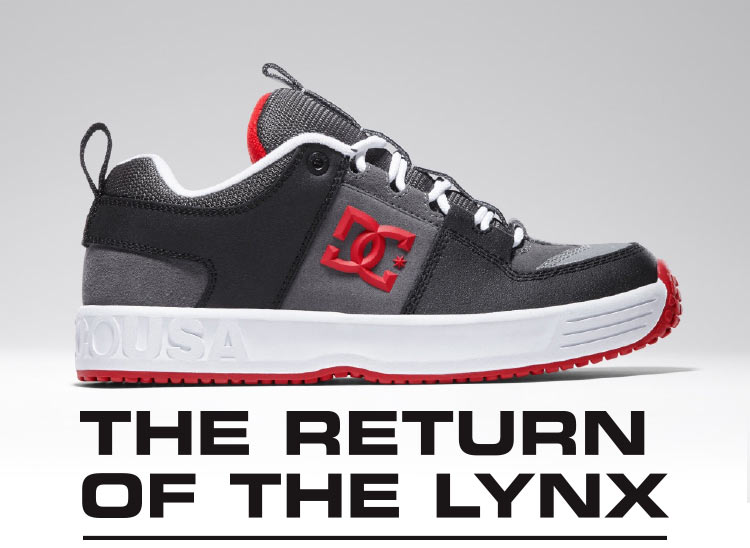 What kind of skater were you in the ’90s? Were you a goofy boy, curb dancing with rave pants and a Bob XL shirt? Or did you channel your inner-Duffy and throw on a Primus t-shirt, cargo shorts and tie a flannel around your waist? Or were you possibly a track-suit-clad tech-obsessed ledge lord? If you answered the latter then you’re in luck, because the quintessential shoe of wannabe Wennings everywhere, the DC Lynx, is back from the grave.

When the Lynx was first released in the late ’90s it became an instant classic because of its skateability and iconic look and it was a mainstay in DC’s catalog for numerous years. Trends change, though, and after a few cosmetic transformations it disappeared altogether (except for eBay auctions). But now it has returned in its original form to the delight of late-’90s fans worldwide. So throw on your swishy pants and a pair of Lynx and go bang out all those ledge tricks you had on lock in your youth. Or, more likely, lace up a pair, sit on your couch, pop in a dusty-ass VHS tape and try to convince your kids that you used to be cool. Ask your wife to grab you a 40 from the store while you’re at it. —Dan Watson 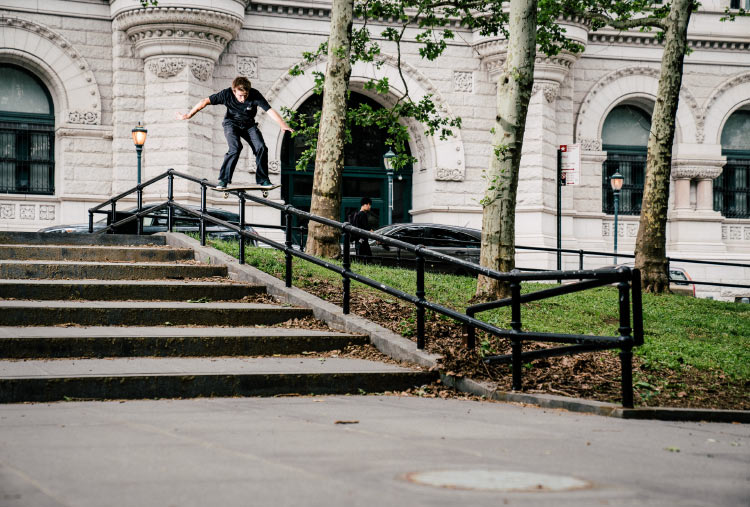 Many have dreamed of skating this rail with seven softball-sized knobs, but it took a rail-fessional like Chase Webb to make it a reality     Photo: Heikkila 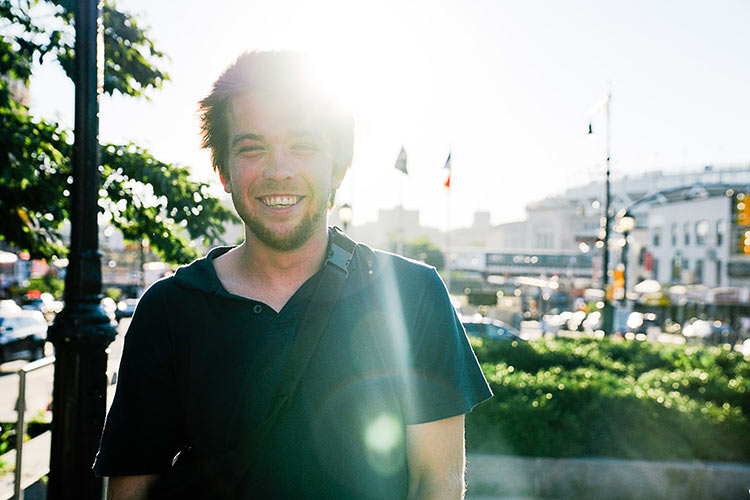 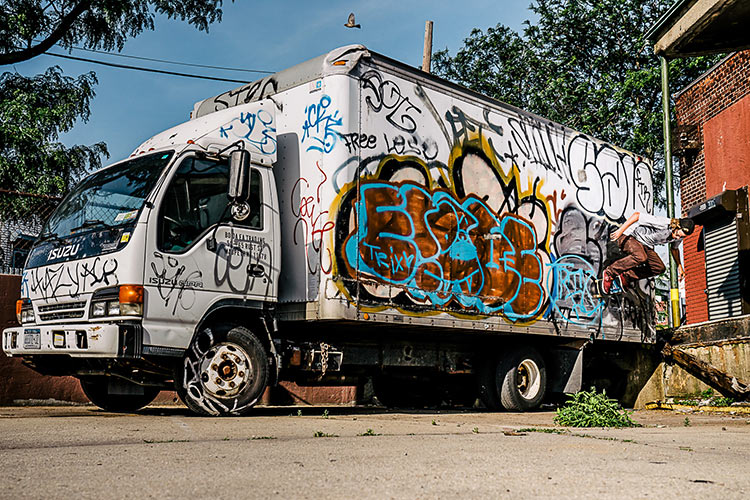 He wasn’t the first one to tag it, but Kremer left his mark with this wallride off the ‘dock     Photo: Heikkilla 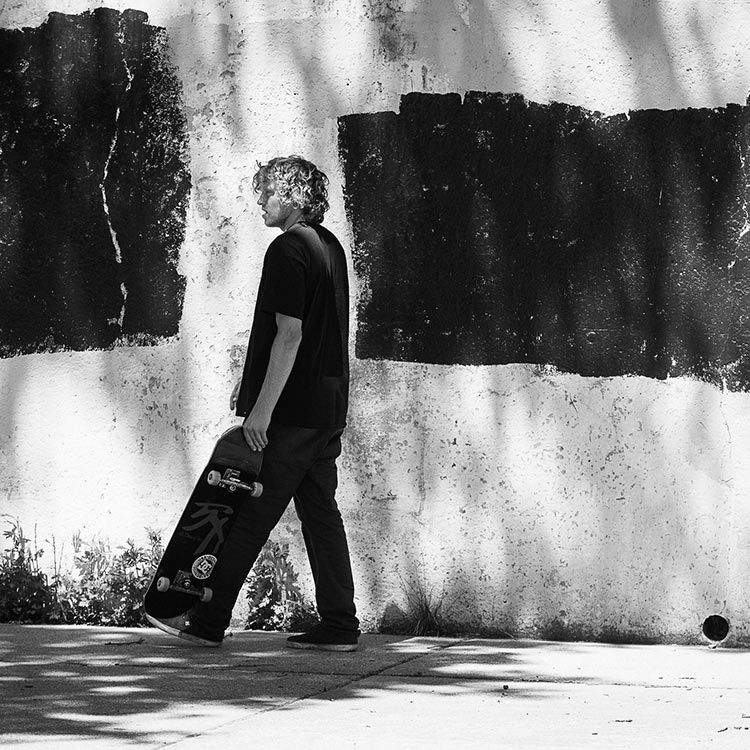 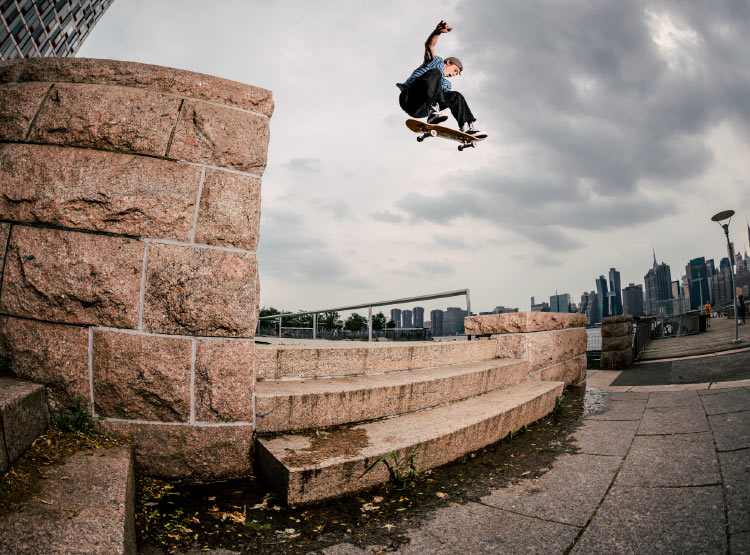 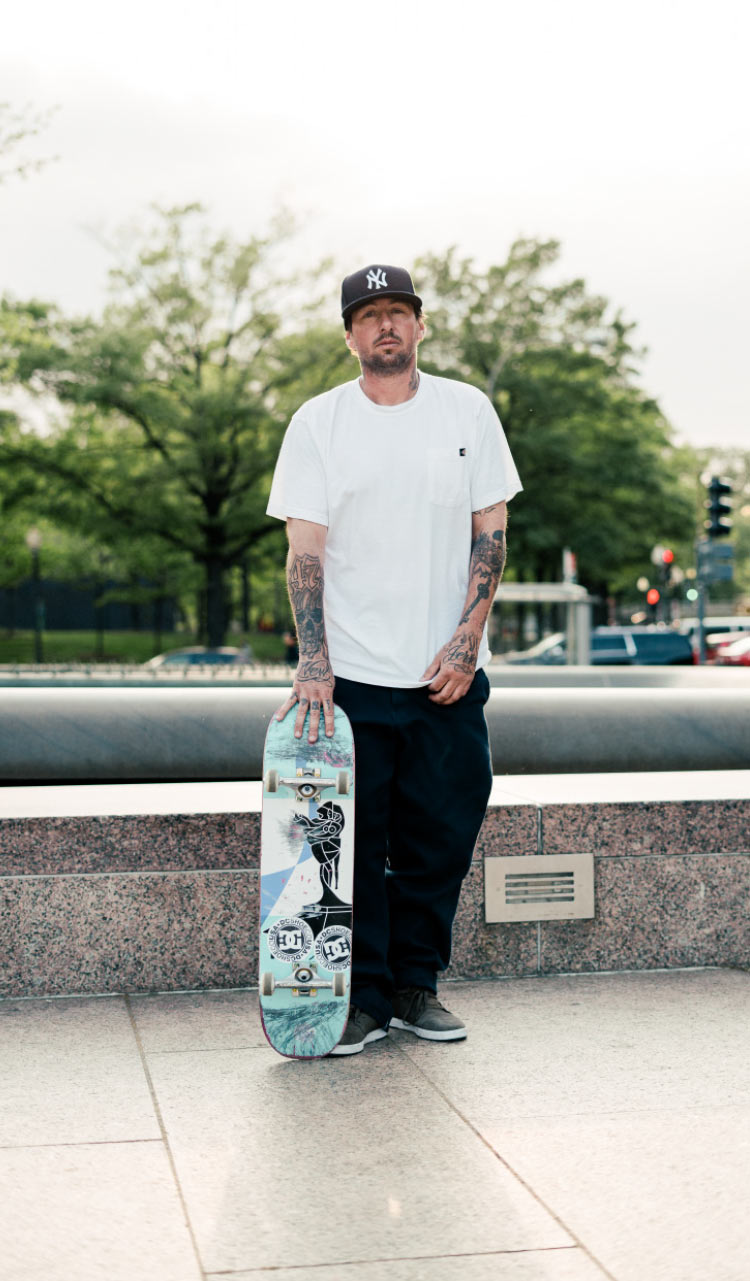 That face says it all. T-Funk escapes nut-sack death on a pole jam lip     Sequence: J-Hon 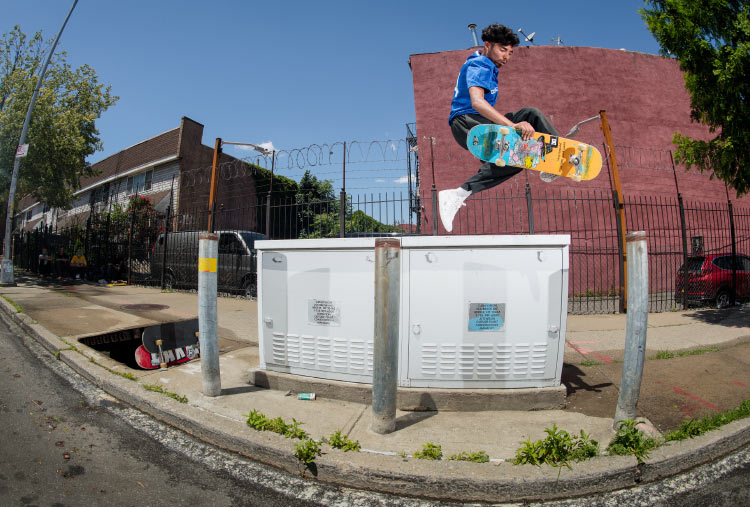 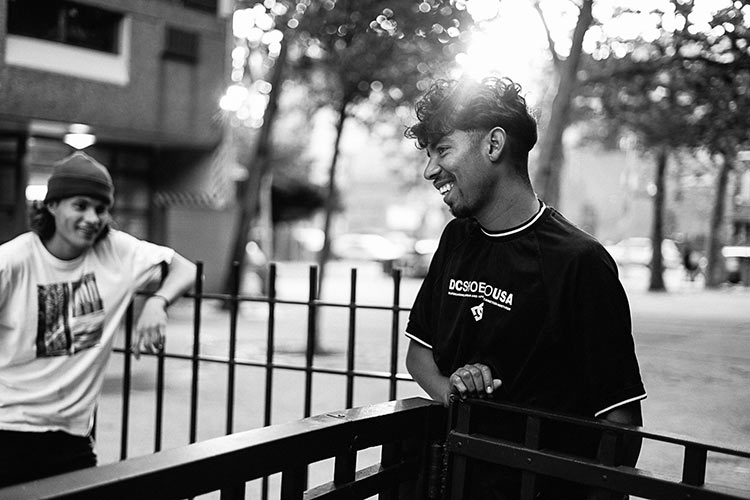 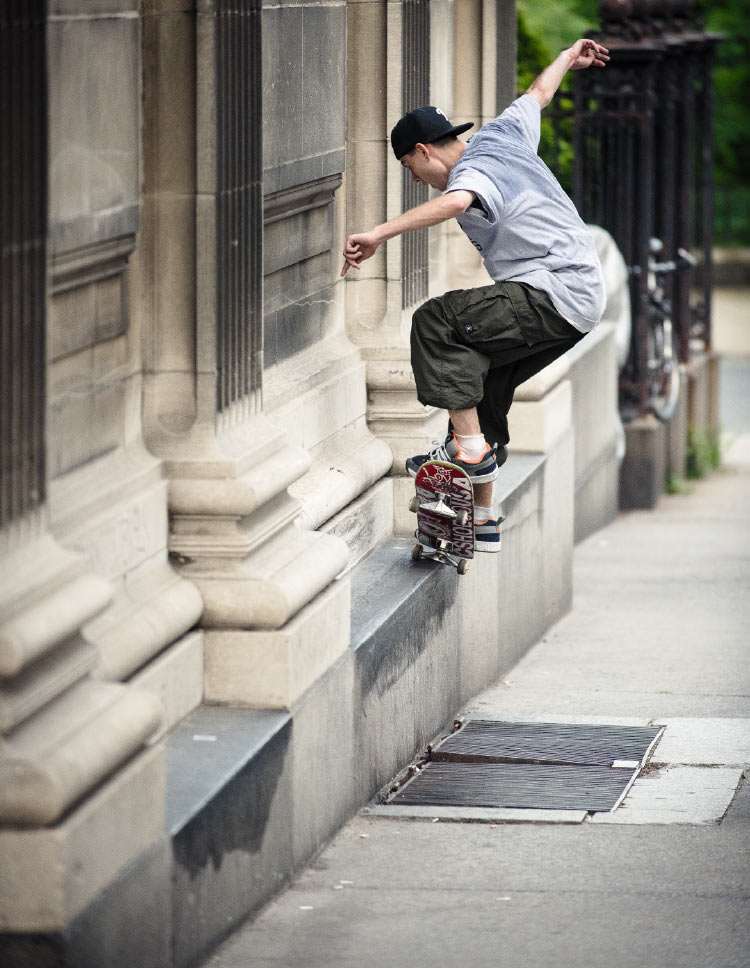 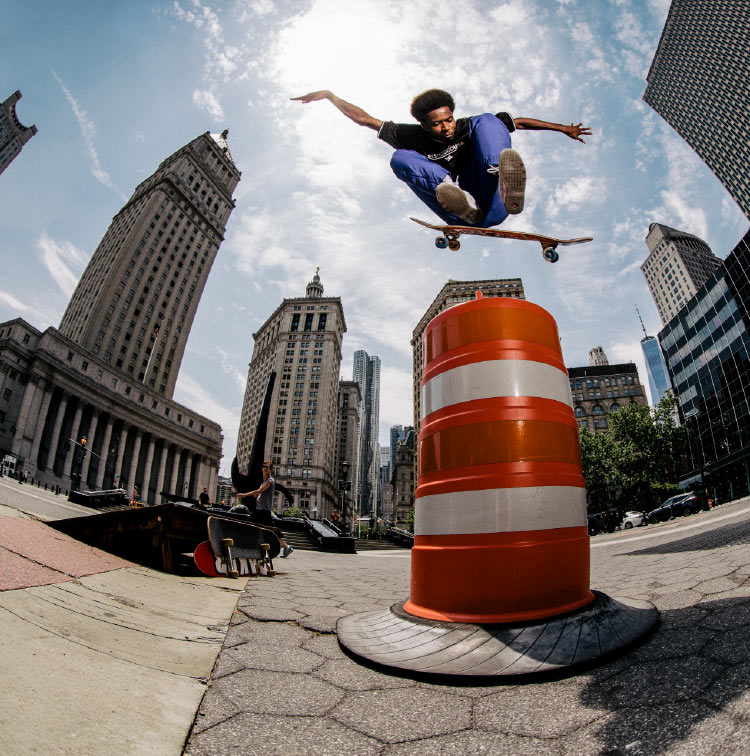 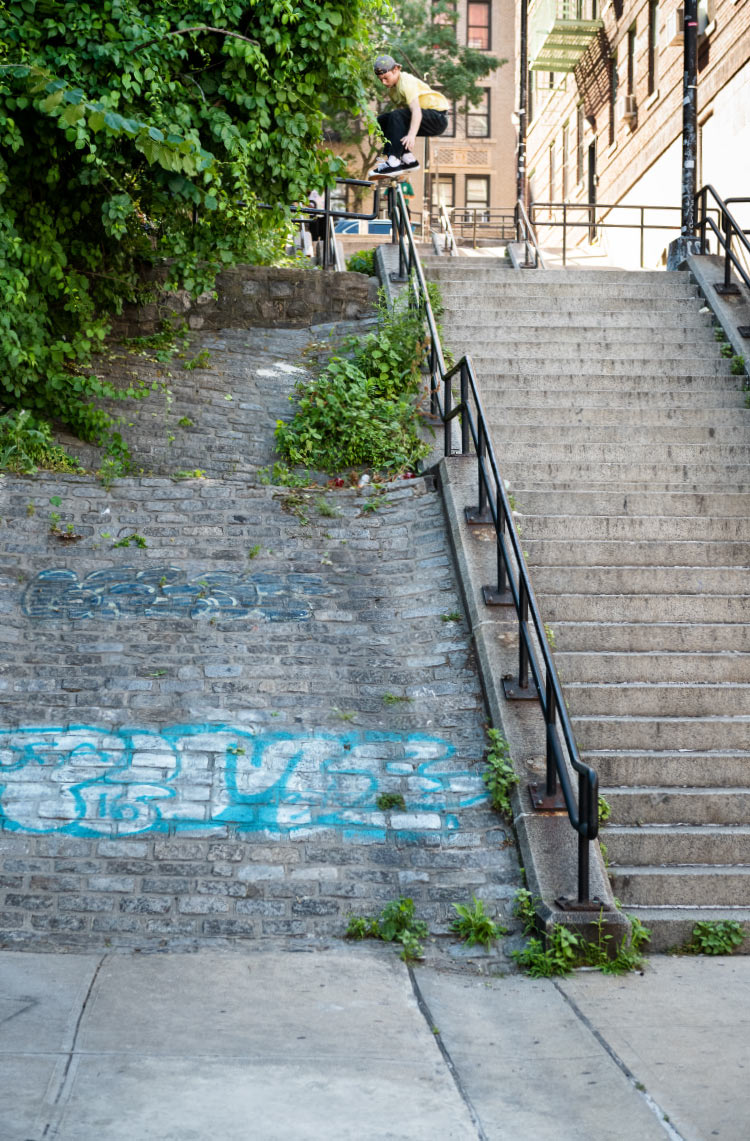 Gardner helped T-Funk fix a missing brick in the landing so he could somehow roll away from this cobblestone crippler     Photo: Blabac 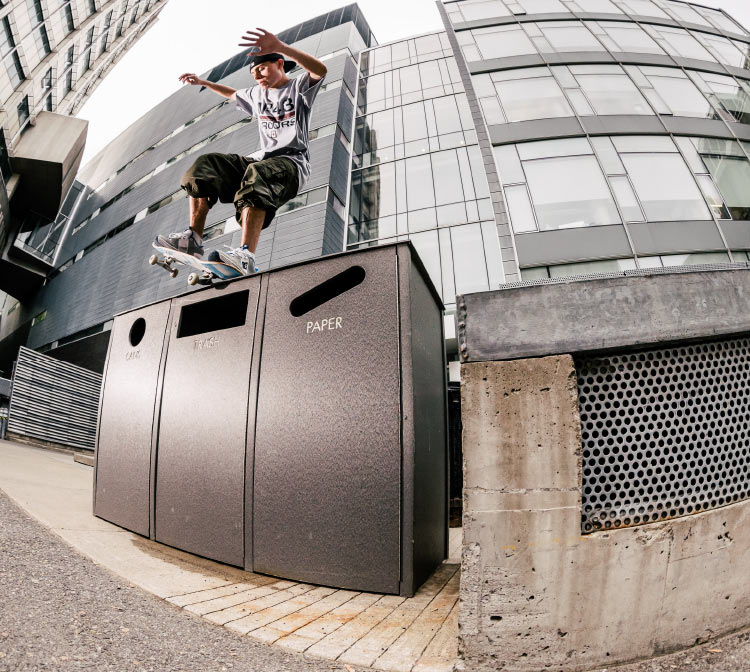  Kevin Bilyeu, another clean sweep with a switch 5-0 on the bins     Photo: Blabac 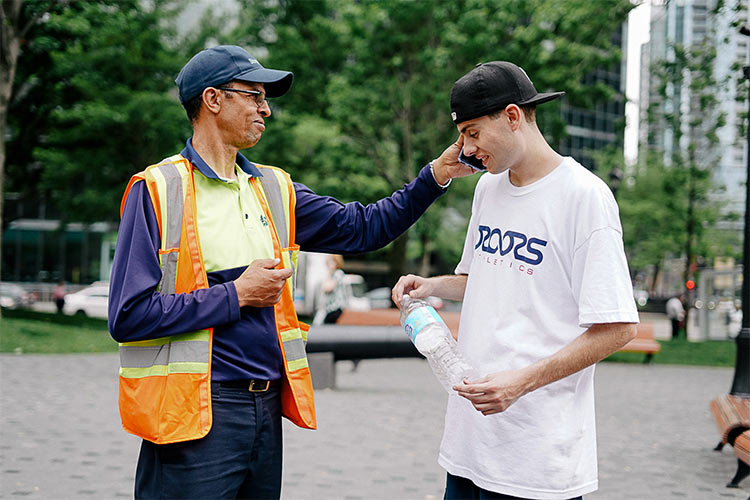 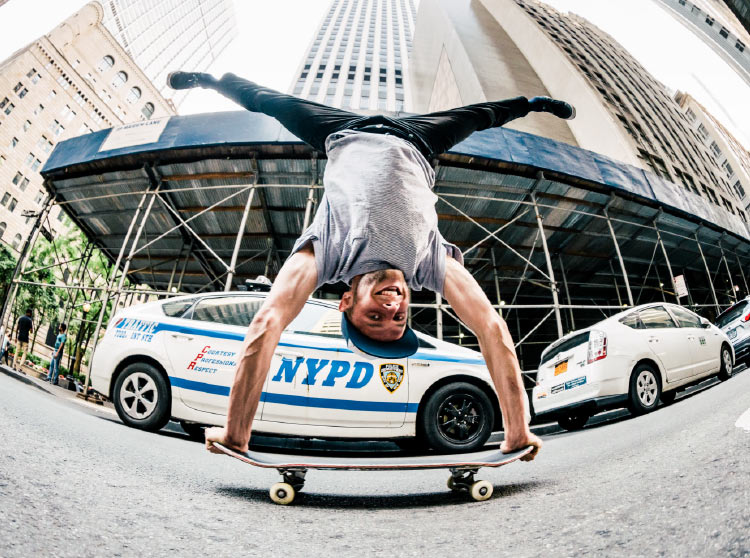 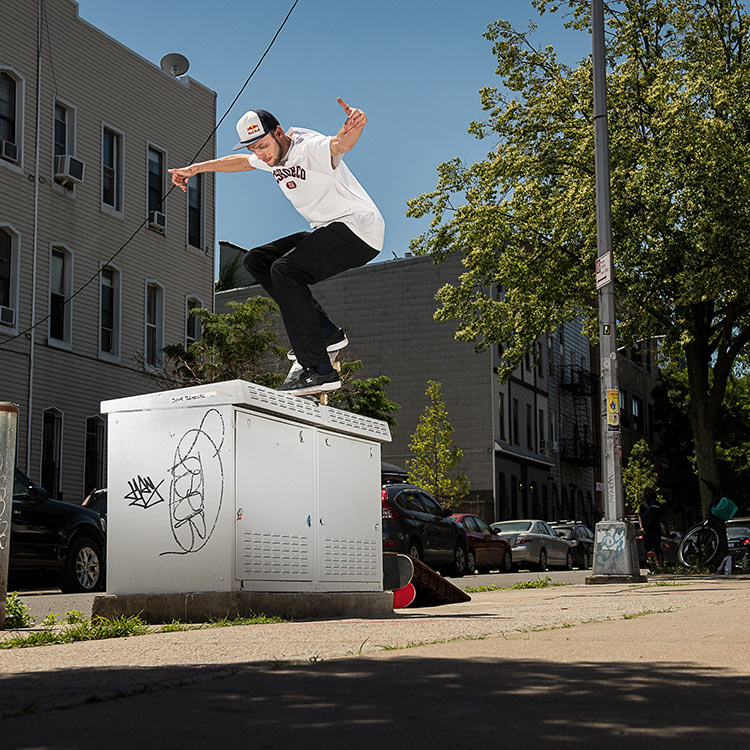 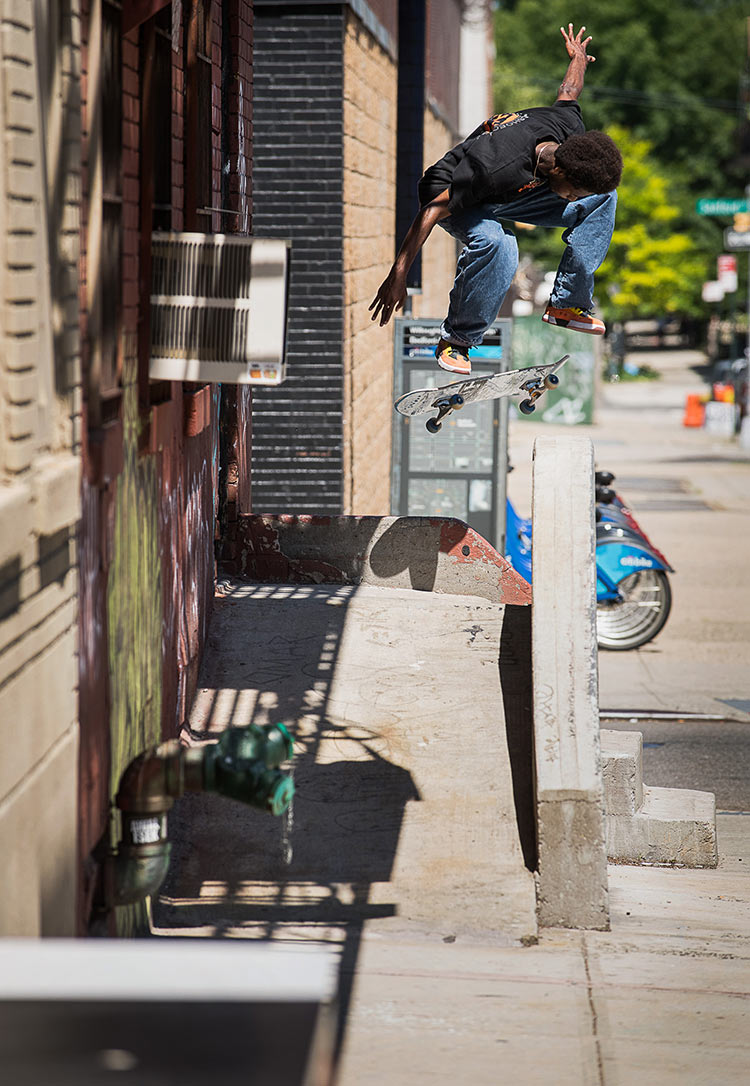 The bikes you can rent. But the back heels? You gotta own them! Ish Cepeda, paid in full     Photo: Blabac 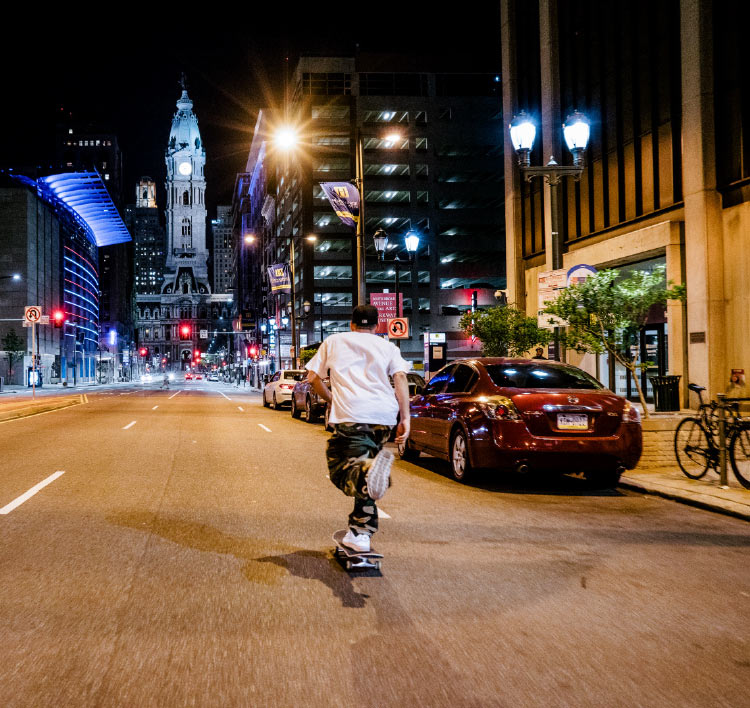