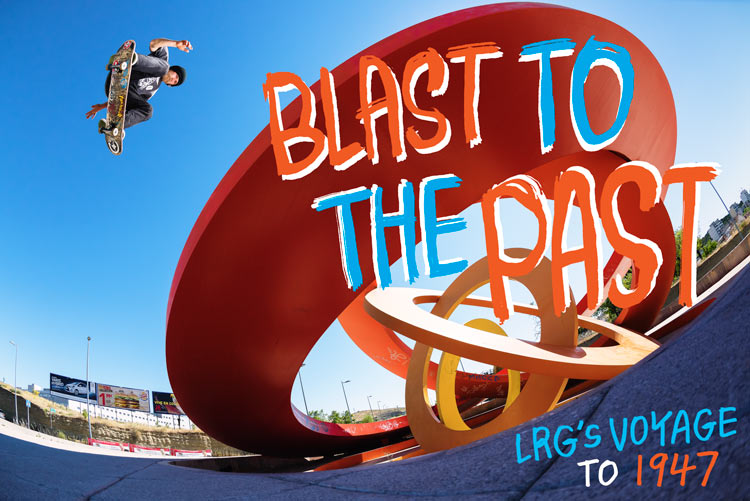 Tommy’s used to dealing with the Mexican federales, so the polite Spanish cops that tried to kick us out of this spot didn’t faze him. Cosmic backside 360 in Madrid

It’s not super common for clothing companies to release full-length skate videos. Why? Well, probably because they’re time consuming and expensive as shit to make. It’s way cheaper/easier to film individual parts, put them online and call it a day. LRG, however, went all in the past four years sparing no expense to bring us 1947. They approached this video project more with the mind set of a board brand. By doing so, they truly turned their riders into a band of brothers. These guys aren’t packing into a van (or a plane) and pretending to enjoy each other’s company; they’re hyped to be a part of the crew and their solidarity shines through. We’re stoked to sit back, crack a cold one and check out what these dudes have been throwing down the past few years. Grab your flux capacitor; we’re heading to 1947, kids. 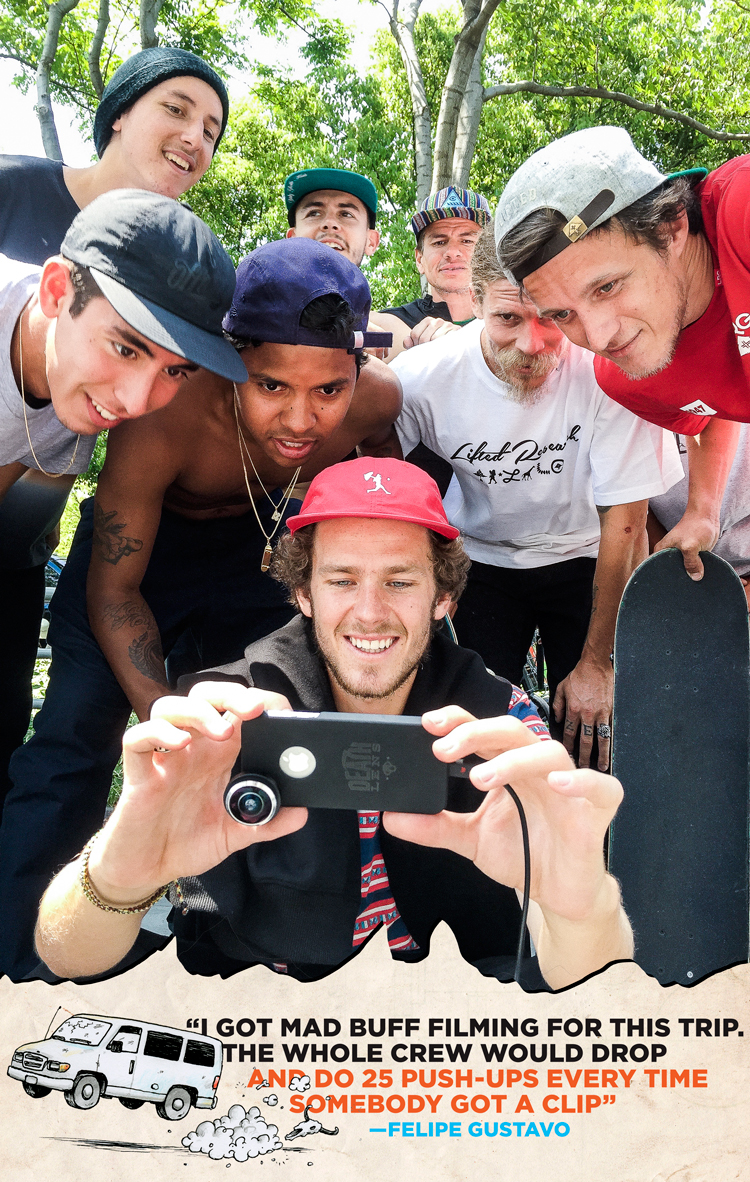 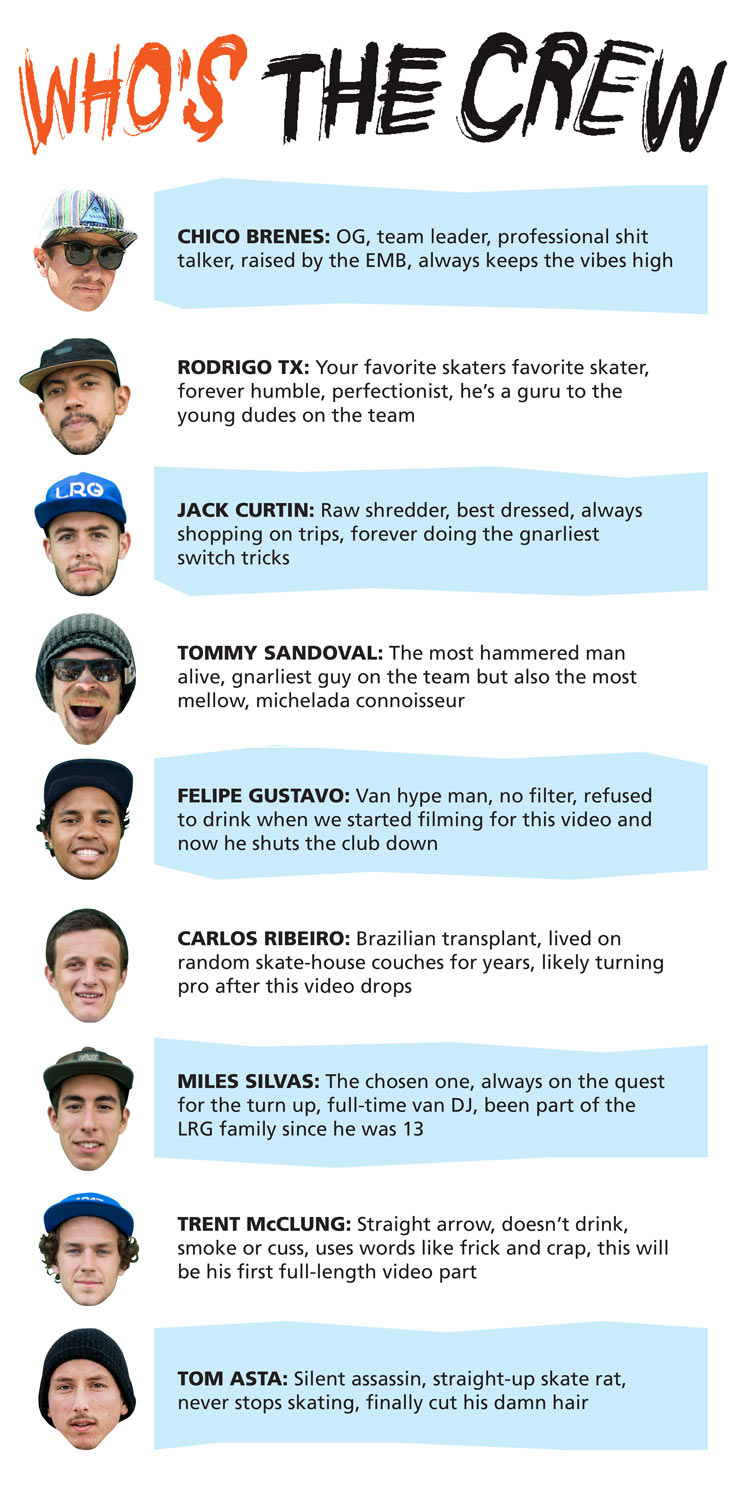 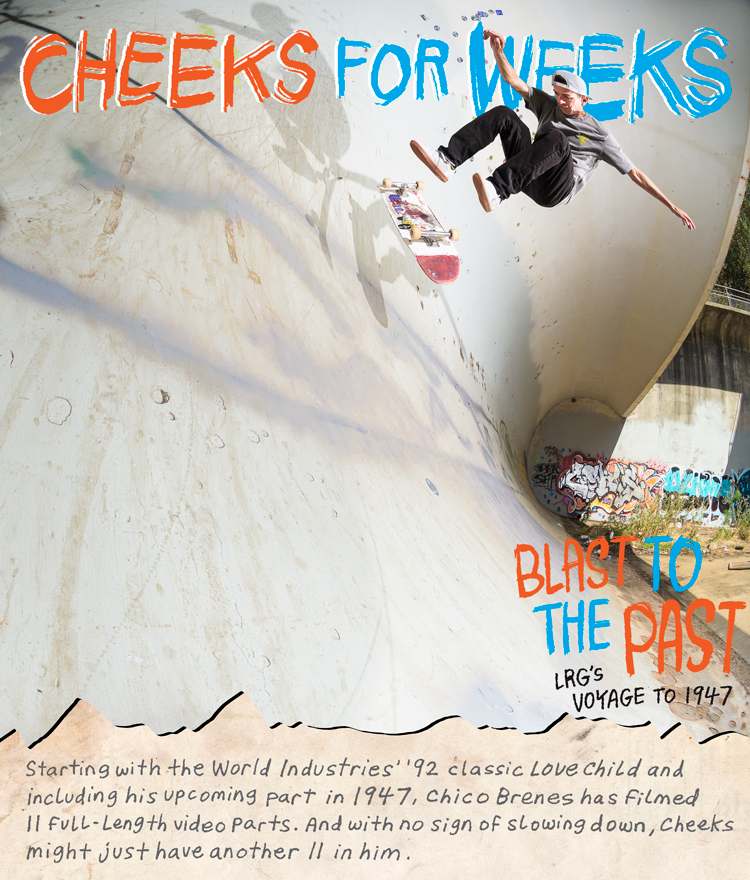 Take the hike, jump the fence, scale the rope ladder and make sure it’s secure since it’s your only way out! Chico, switch heel at The Hook

What was it like filming video parts back in the Love Child era? Was there a lot of pressure to produce?
No, not at all. We were just at EMB every day or I would call up Meza and he would pick me up and we would just go skate and have fun. Back then it seemed everything was just happening naturally. There weren’t any plans. Everything was local, too. The furthest we would go was San Jose.

When did you start traveling to film video parts?
That probably started around the DVS video Skate More. We would always go on demo tours and you might get a clip here and there. But Skate More was when we started going to Barcelona just to film.

Is it crazy to look back and see that how many individual parts you’ve filmed?
Yeah. Looking back is a trip. It’s been good. I’ve seen a lot of people come and go, but to be able to keep doing this, travel, and make a living is more than I ever could have

Dream-come-true stuff.
If somebody came up to me at EMB and told me that in 2015 I’d still be doing what I was doing, that I’d have a shoe and be riding for all these companies, I would have laughed in their face. Back in the day, I didn’t even know you could make money. And when I did, I didn’t think you could make a living. So my plan was just to keep skating and buy a car. If I got a car I would have felt like I’d made it.

And now here you are. Add your 1947 part to the list.
Yeah, man, I’m at the airport right now heading to China for one last mission. I can’t wait to see the video. 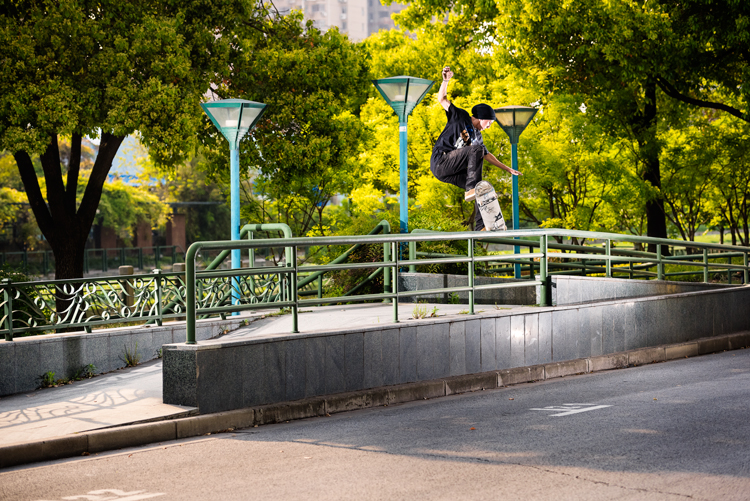 Tom Asta, nosegrind pop out in Shanghai. Now drop and give me 25 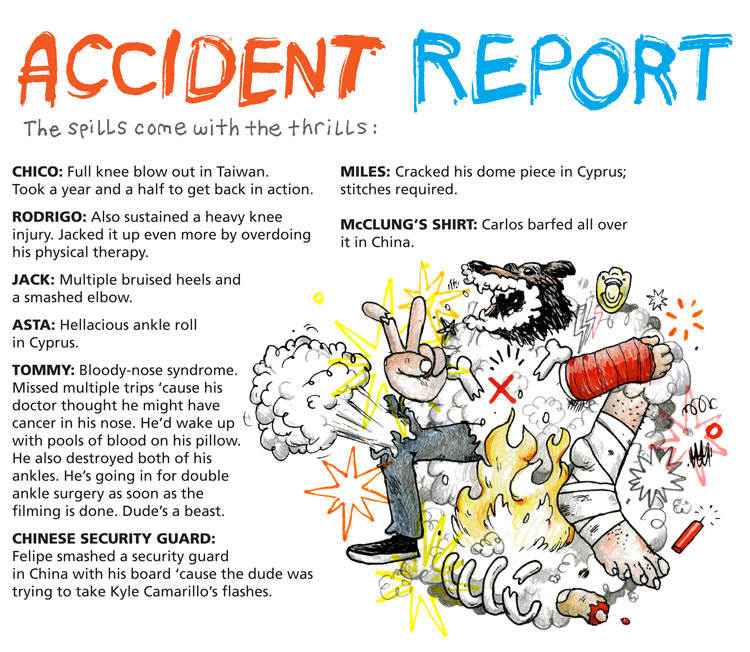 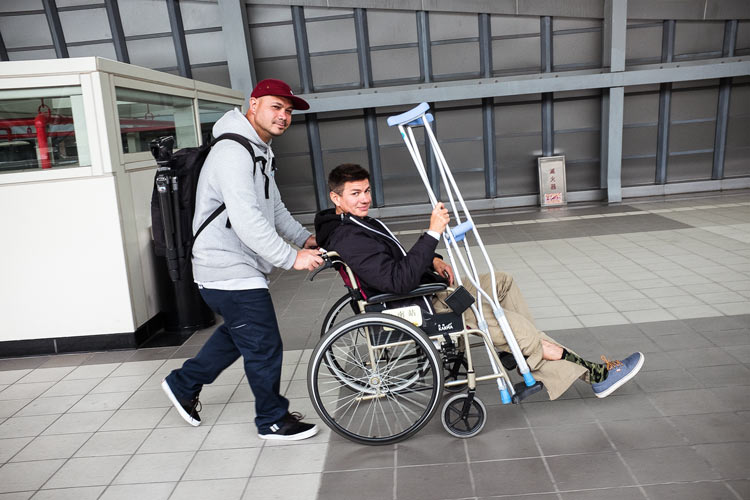 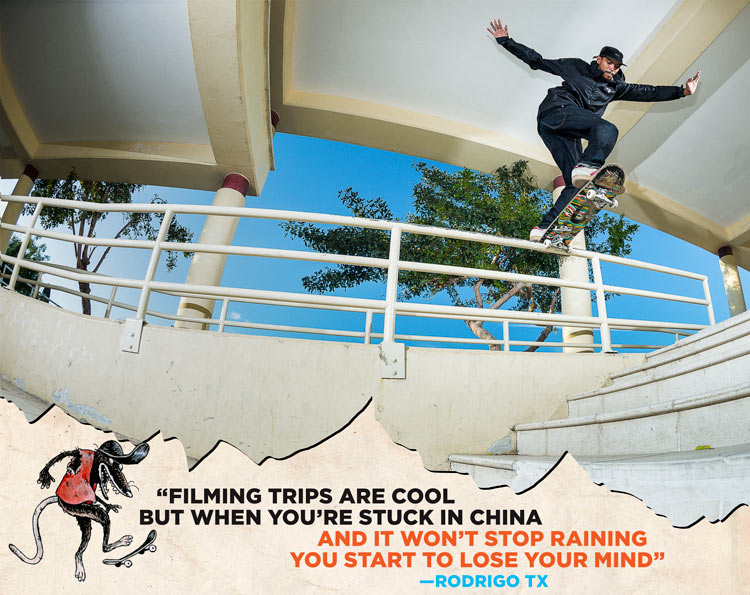 China might have been dreary but Cyprus was nothing but blue skies and back tails. Rodrigo imbibed 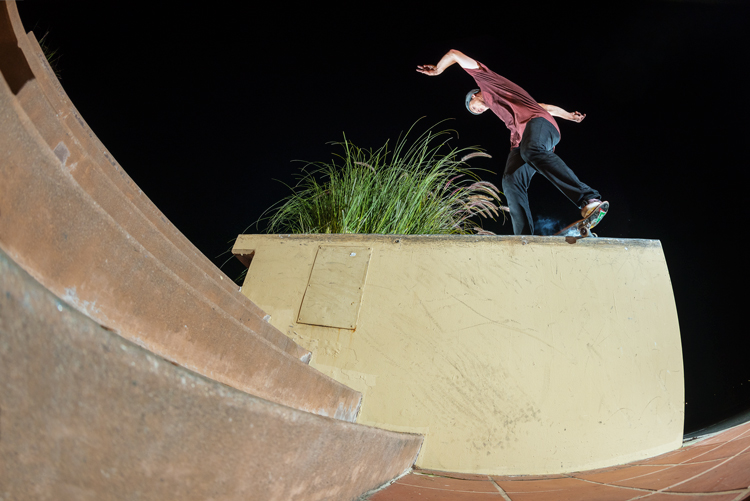 The ABD list is long at this spot but nobody had unleashed the switch frontside hurricane ‘till Carlos reeled it in. Smokin’ 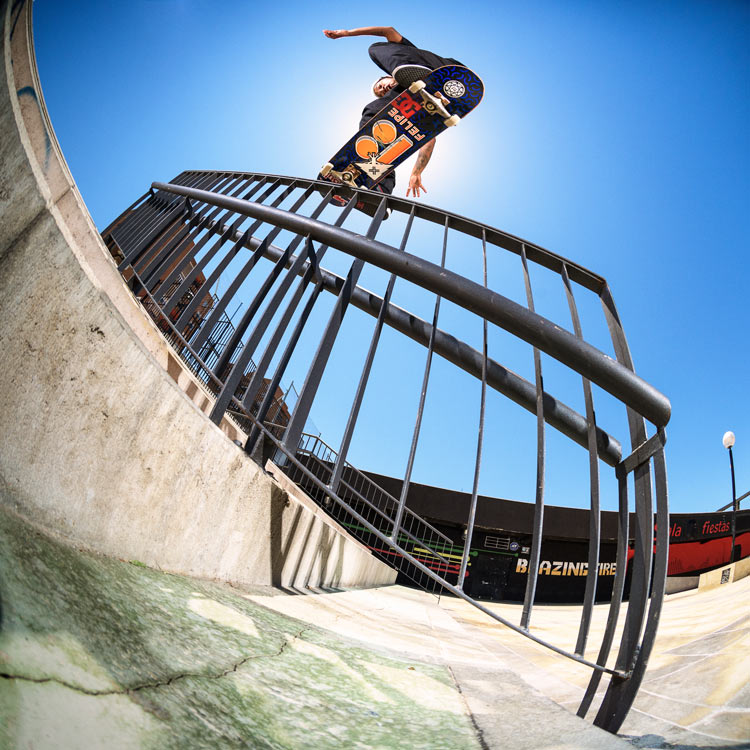 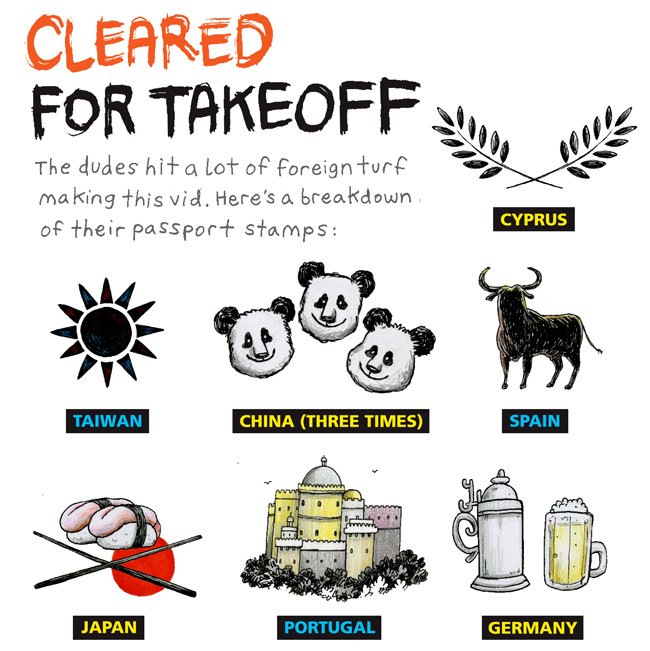 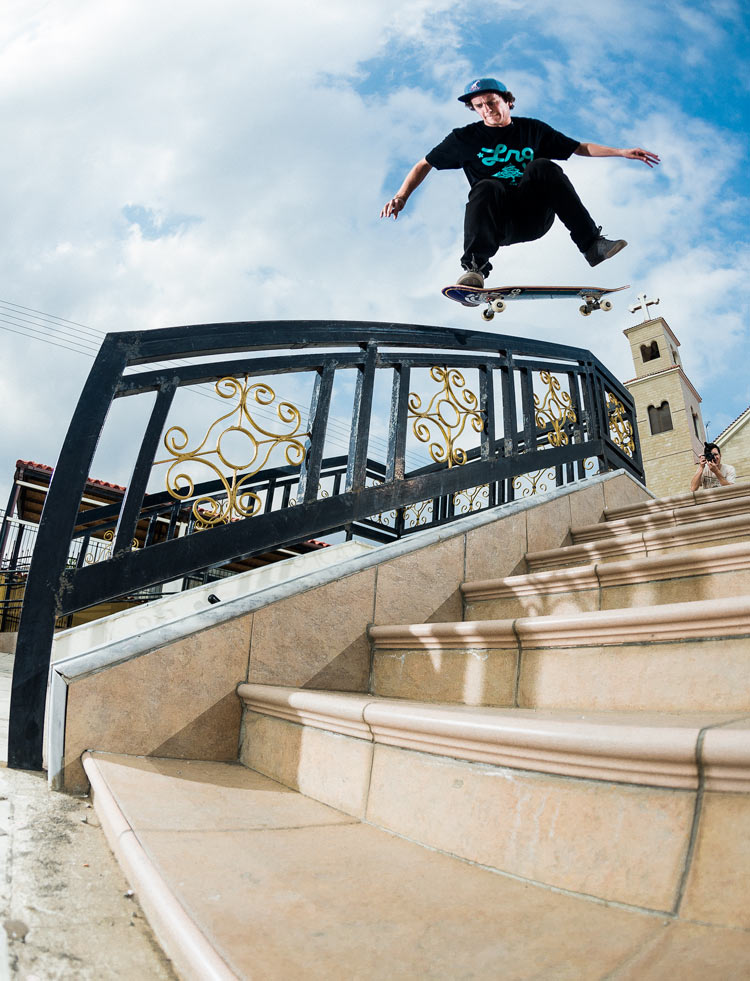 We started skating this church in Cyprus and the priest immediately came out—and asked if he could watch! Trent McClung, blessed nollie heel crooks

It seems like every time a full-length video drops, skateboarding’s naysayers predict that it will undoubtedly be the last. Luckily, companies like LRG aren’t listening. Attention spans may be getting shorter by the minute, but we’re guessing skaters will always favor a fully-realized project over a two-minute, gone-in-a-day Internet blip. We’re thankful that the dudes at LRG put in the work and were willing to take us with them to 1947. We’re also very thankful that Tommy doesn’t have nose cancer.