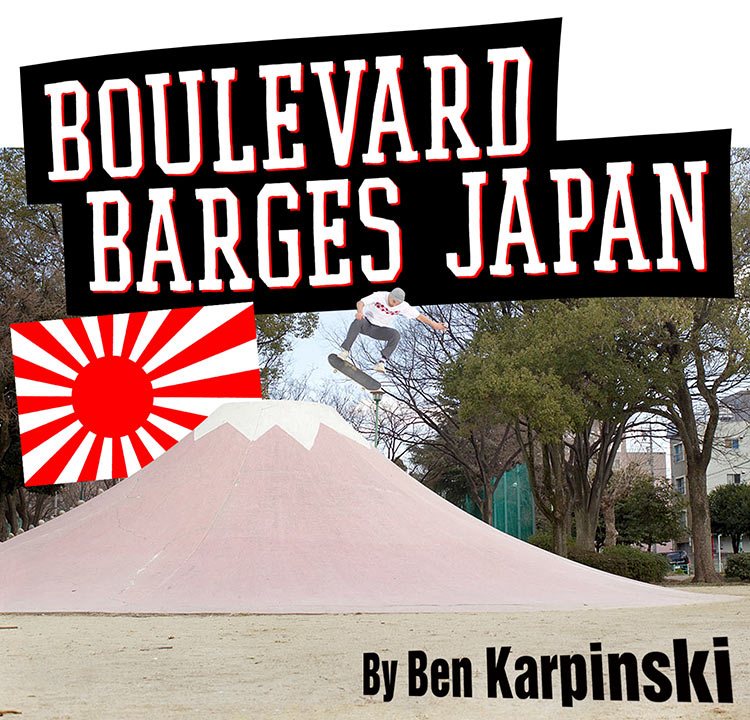 Most Boulevard missions are out on the streets of Long Beach. This trip, however, was a bit more ambitious: we were loading up the crew and making the 5,500 mile journey to Japan. We had no expectations and very few obligations. The end goal was just for the team to skate some exotic spots, meet some new homies and hopefully reel in some tasty moves. Oh, and eat some weird shit. They eat some weird shit there. So after being herded into the flying Greyhound and staring at our iPads for 13 hours, we arrived in Tokyo. Well, some of us did… 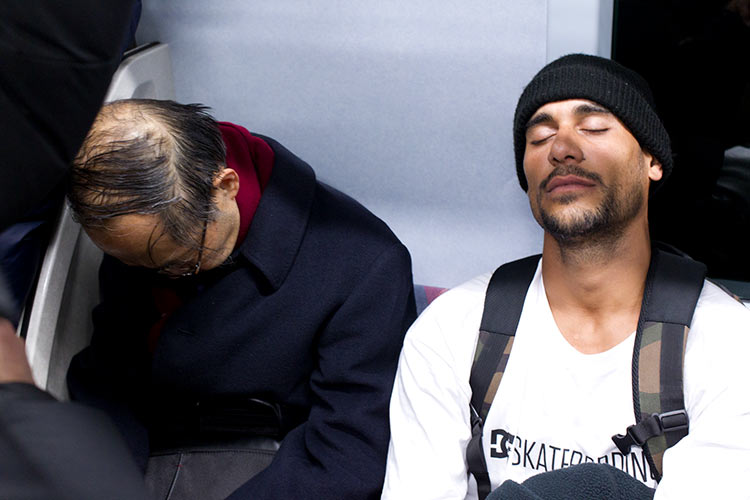 Let's face it, our immigration system isn’t doing anybody any favors. So after four days worth of flying time to retrieve a piece of paper that would allow him back in the good Ol' US of A, Tiago arrived, burnt but not broken. 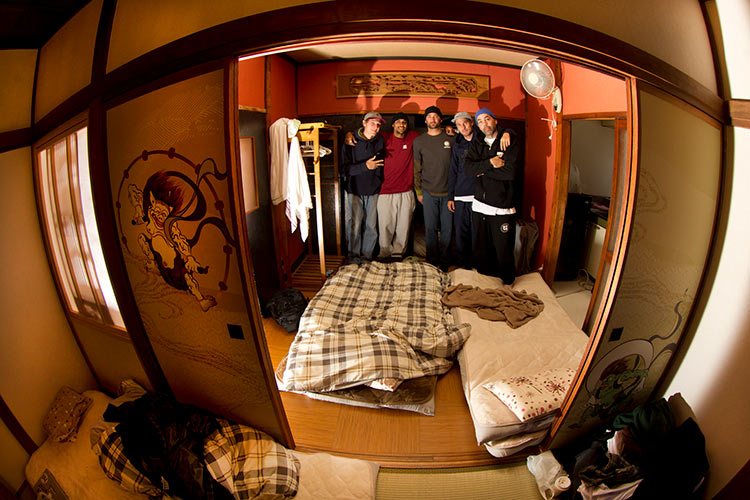 Our crew consisted of Rob Gonzalez, Danny Montoya, Rodrigo Petersen, Tiago Lemos, Kilian Zehnder and Brazilian filmer, Luiz. We lucked out and had a very traditional Japanese house for our first stay in Yokohama, complete with paper walls, bamboo floors and door jams at eye level. With no time to spare, we headed out to the Yokohama Skatepark for a cruise with the locals. 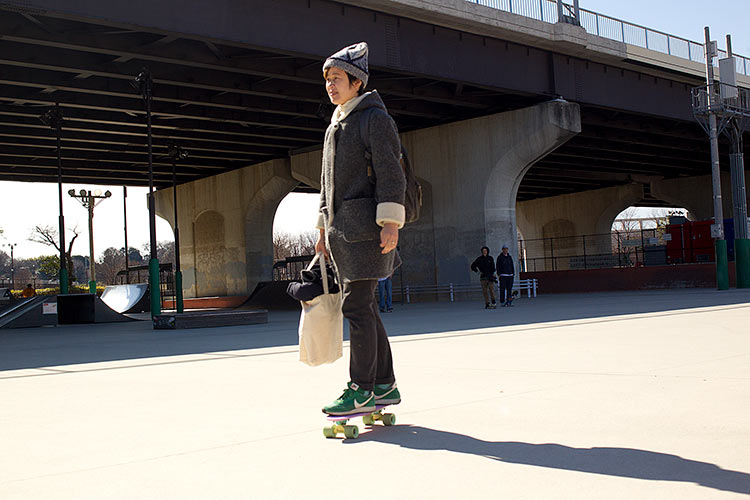 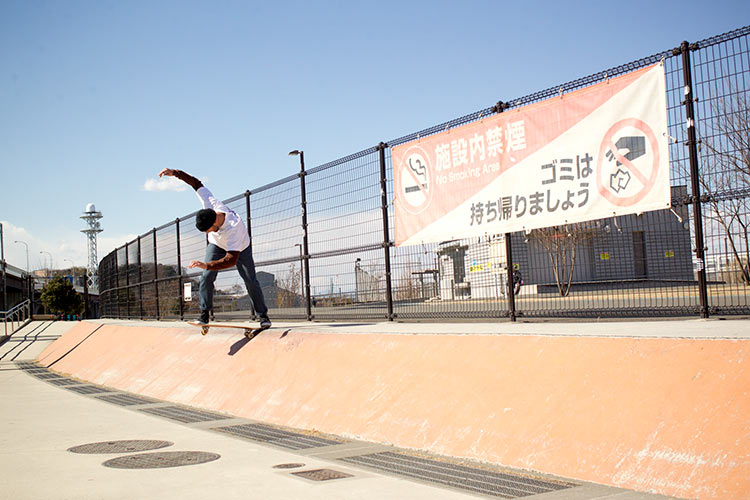 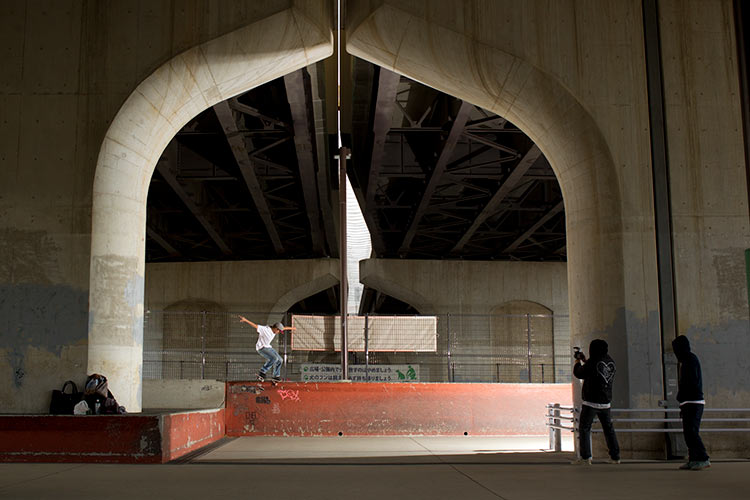 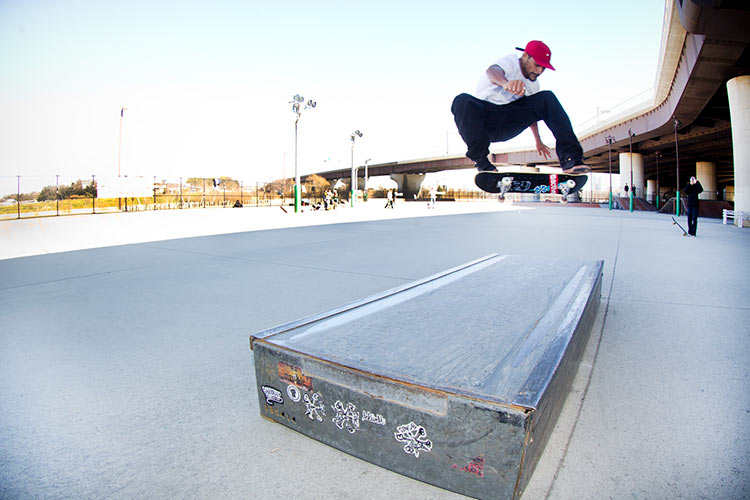 Running late for the Interstyle Tradeshow, Tiago sends a Stevie over the box on our way out 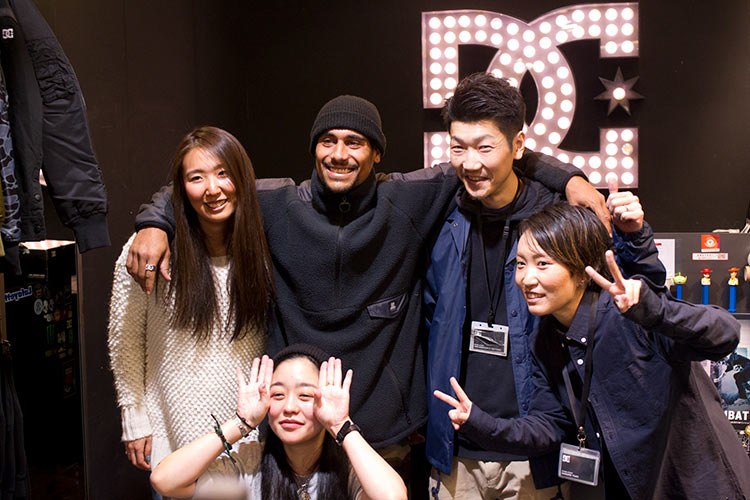 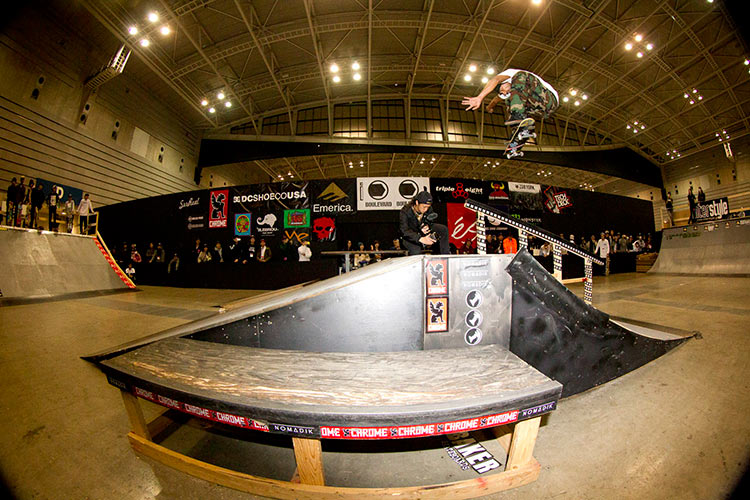 There is a reason they gave him a shoe! Tiago ends the show with an earth shaking nollie backside heel to flat 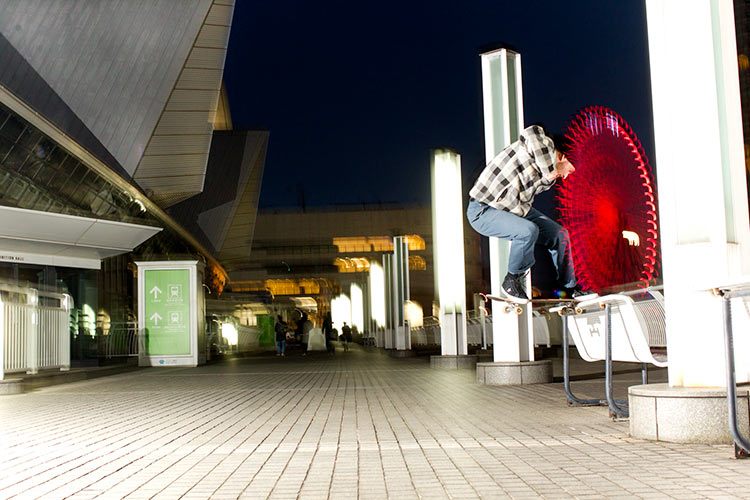 Outside, Danny squeaked in this rooftop front nose 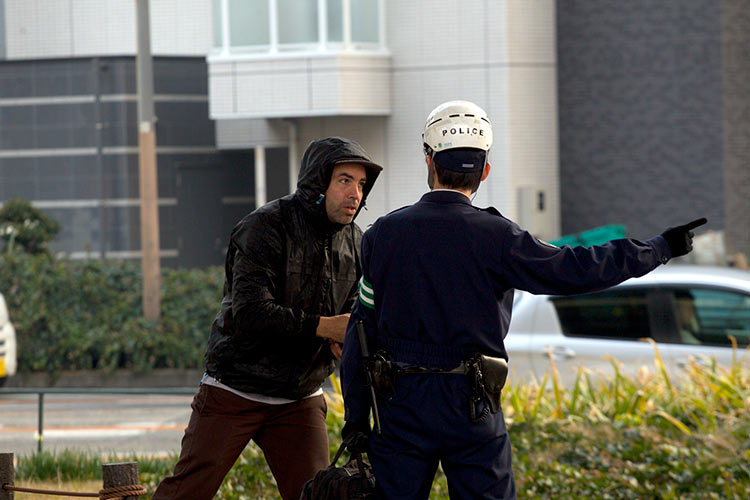 Japan is known for it’s high kick out factor. Cops and security would show up quick but lucky for us we had the language barrier on our side 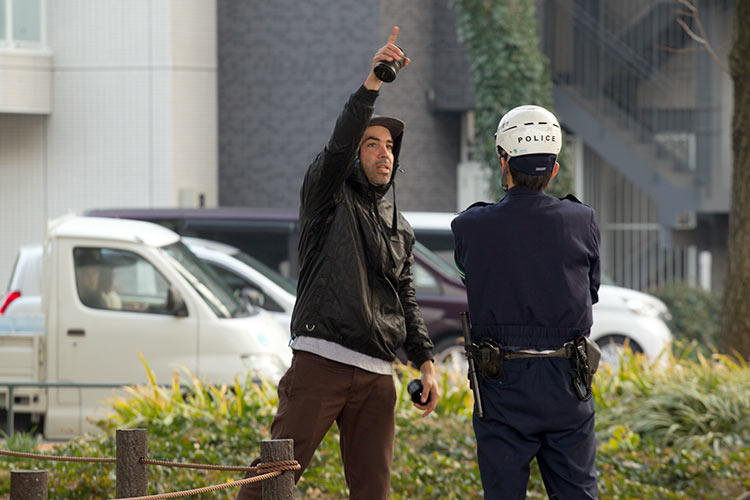 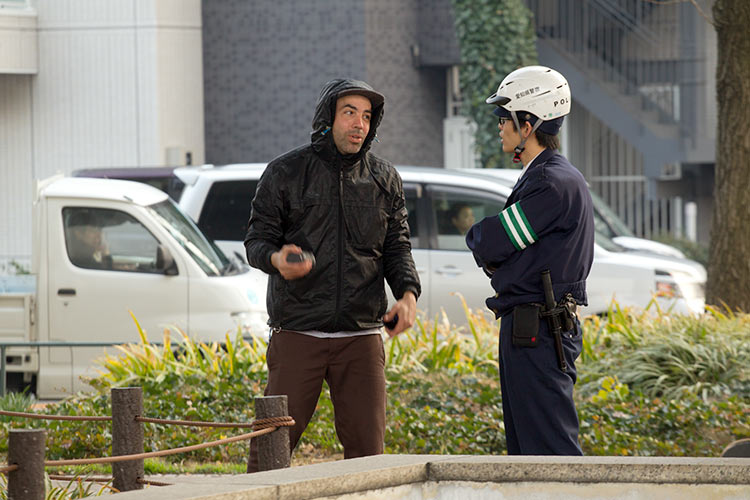 "Arigato" which means thank you, was the only Japanese word we knew. Anytime somebody would try to give us the boot we'd just repeat the word over and over while politely bowing. I'm sure it bugged the shit out of people, but eventually they'd just leave in a state of frustration and confusion 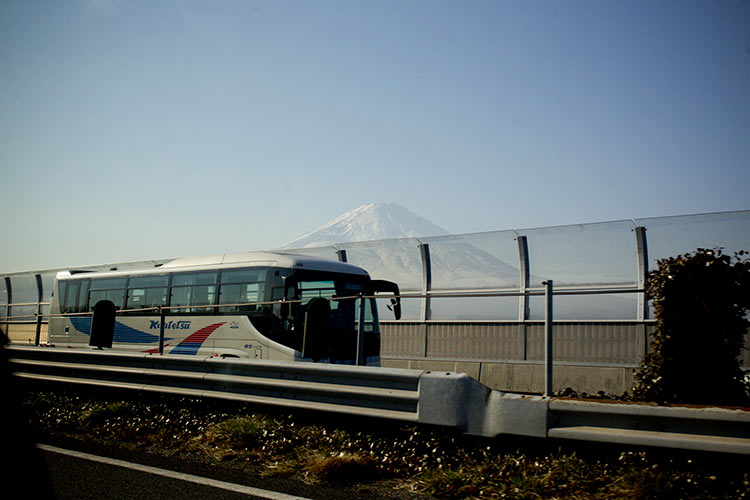 The real Mt. Fuji. Seen from the back right seat of an overly cramped five hour van ride to Nagoya 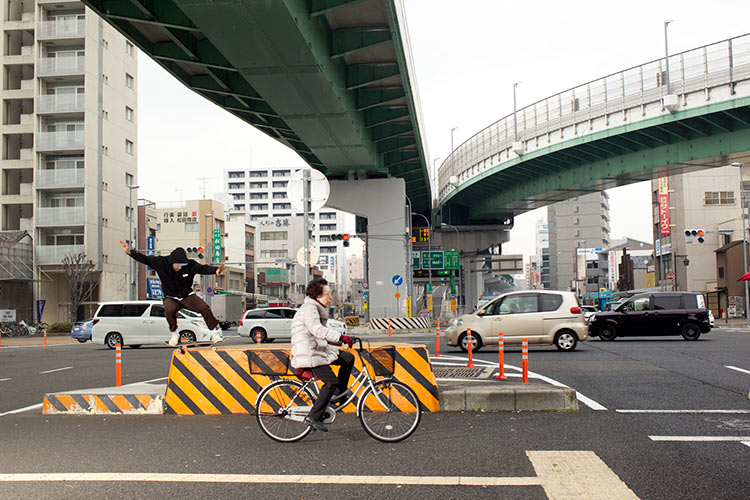 No stranger to long van rides. Rob G. warmed up with a wallie 50-50 into the bike lane 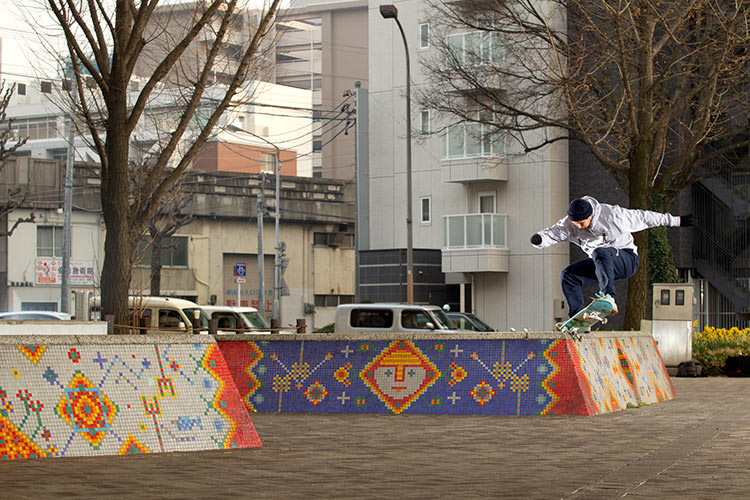 Surprisingly there's a huge Brazilian community in Nagoya. Rodrigo stepped right in with this switch 180 5-0 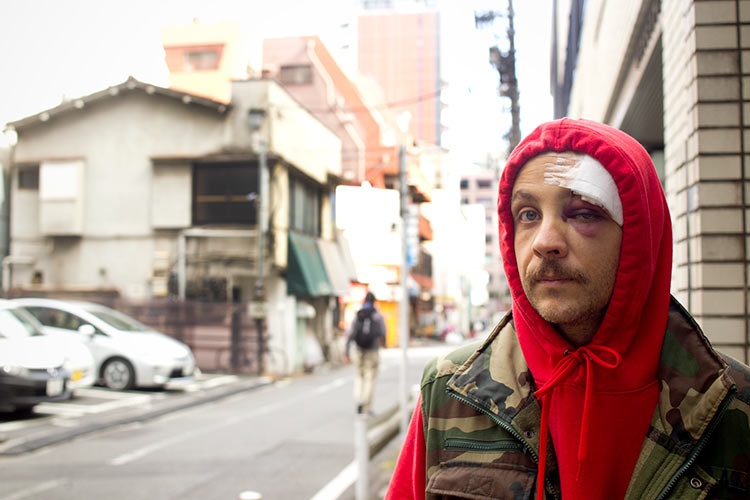 When B-Roll goes wrong: Boulevard's primary filmer Luiz ended up at the bottom of a set of stairs, lying unconscious in a pool of his own blood after going on a quick b-roll excursion. With zero witnesses to the actual slam, we were fortunate that Tiago stumbled across him and some local bystanders were quick to call an ambulance. Needless to say, Luiz spent the remainder of the trip confined to a hospital bed with a clouded memory of what led to his trip ending spill. Heal up quick Luiz! 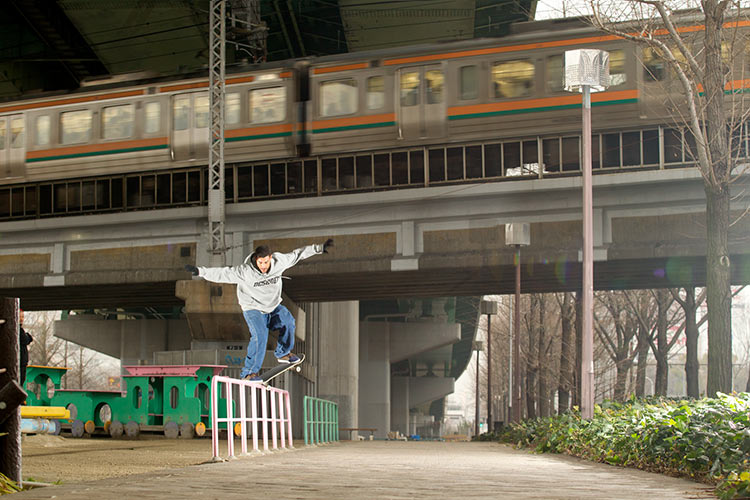 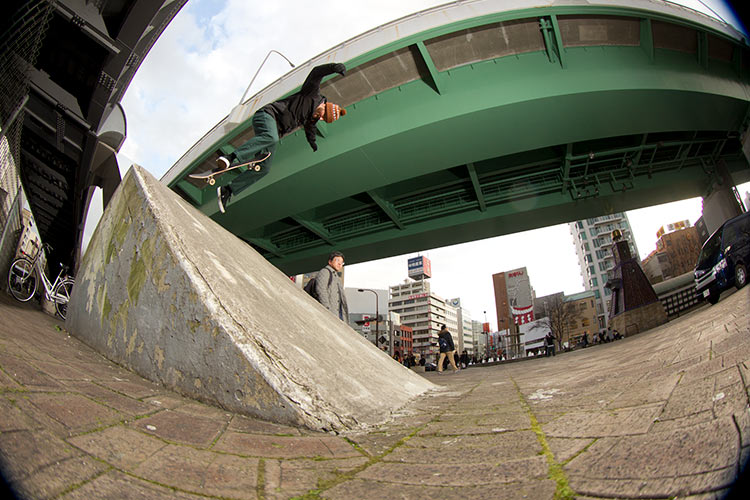 …and Danny slid on over to the throwback bank sesh and a backside no comply. 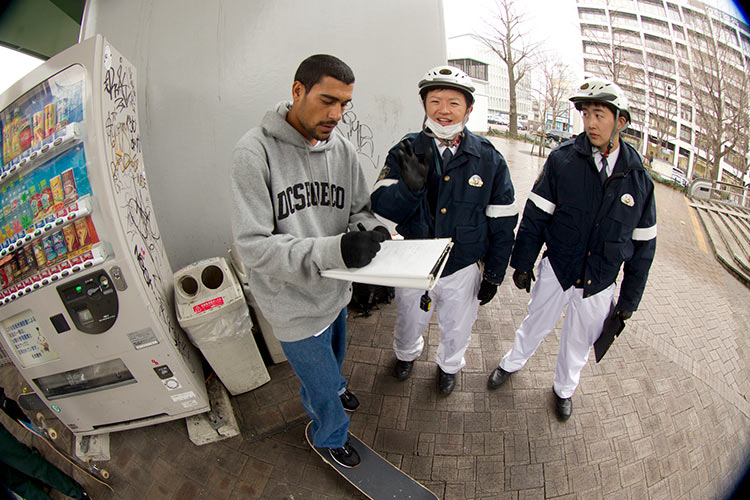 I couldn’t tell if Tiago was signing an autograph or if he got a ticket. Either way, we were off to the next spot to meet some local rippers 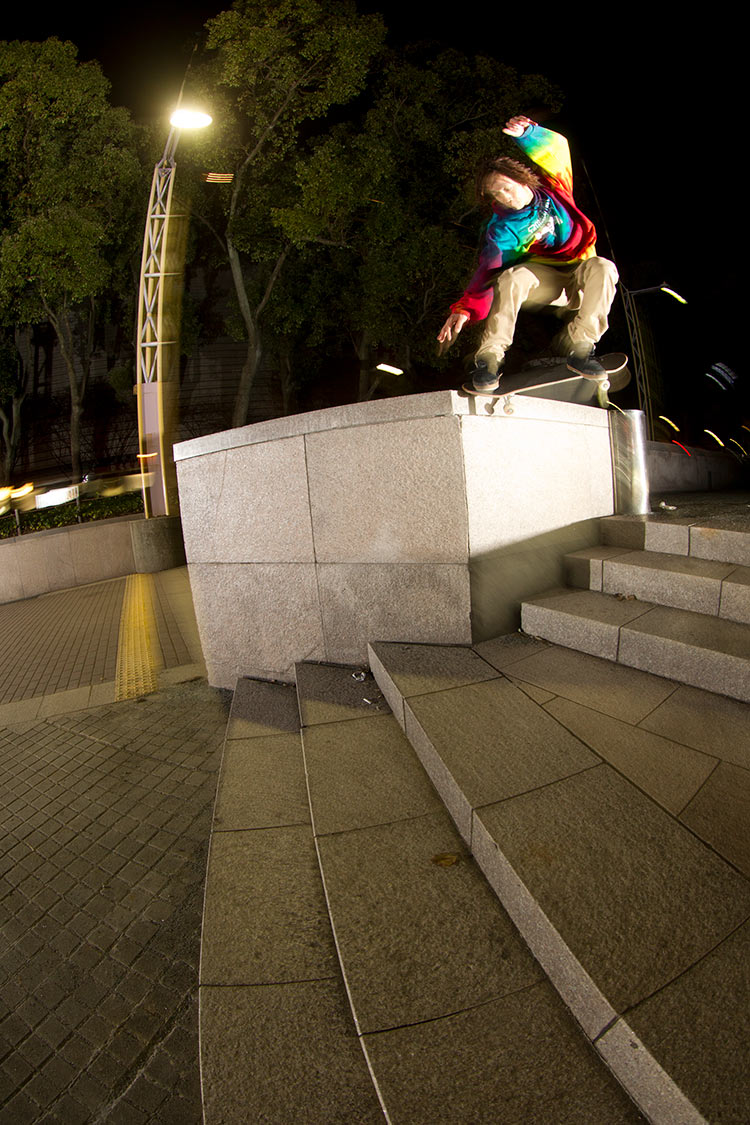 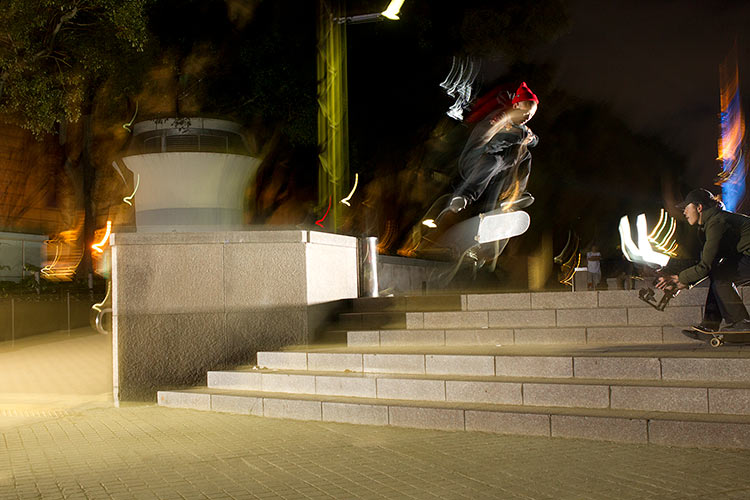 …and Yuto Kojima got his back with a switch flip 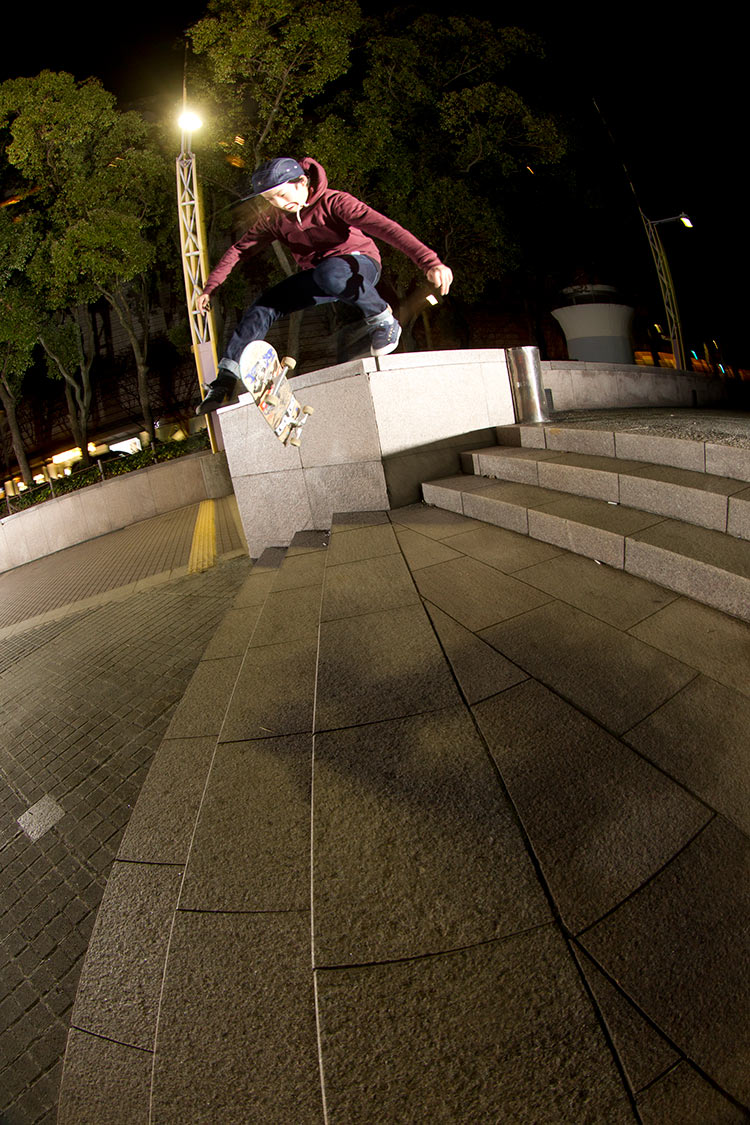 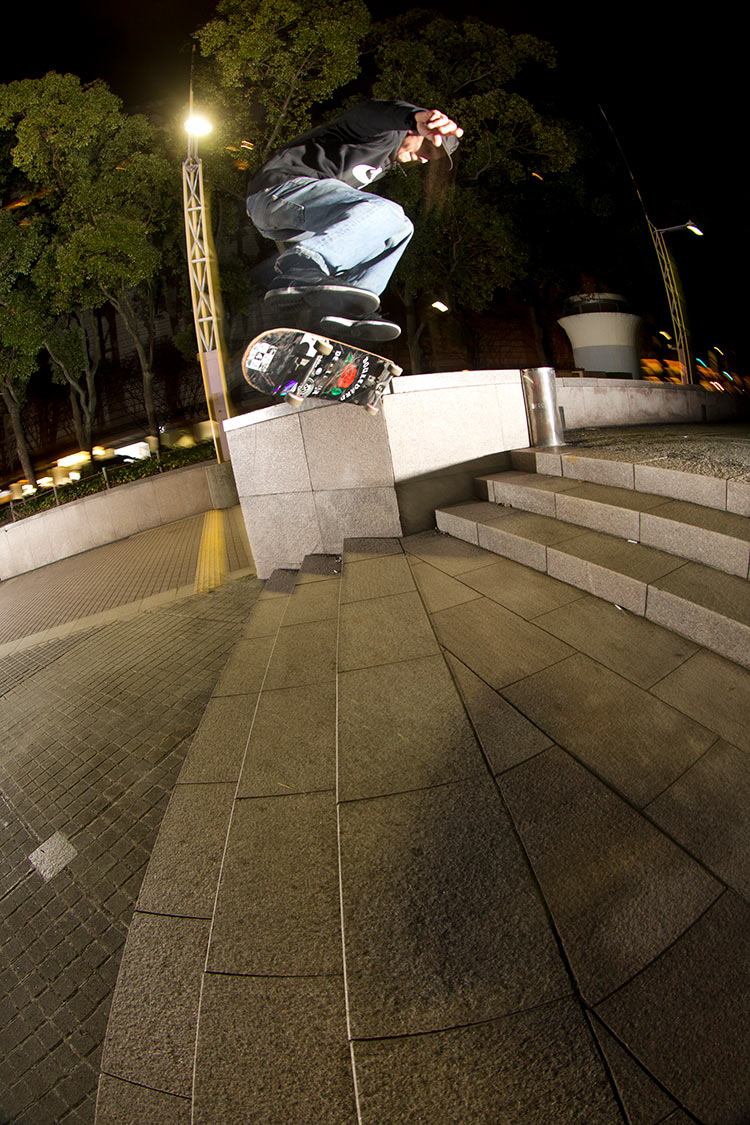 Kilian closed out the crisp night with a switch back heel 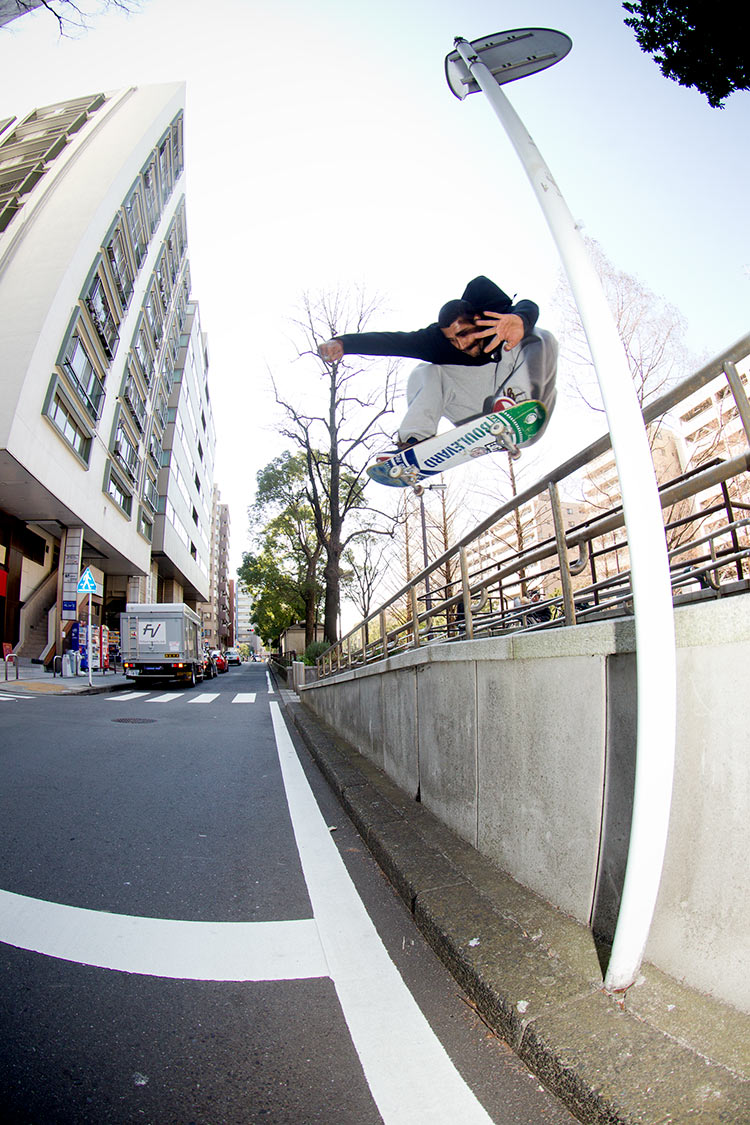 The next morning, Tiago took a quick flight over a crusty bar across the street from our Airbnb before we headed to the airport and hopped on our flight home

Thanks for everything, Taka, OSC distribution, DC Japan and everyone else who helped us out along the way.