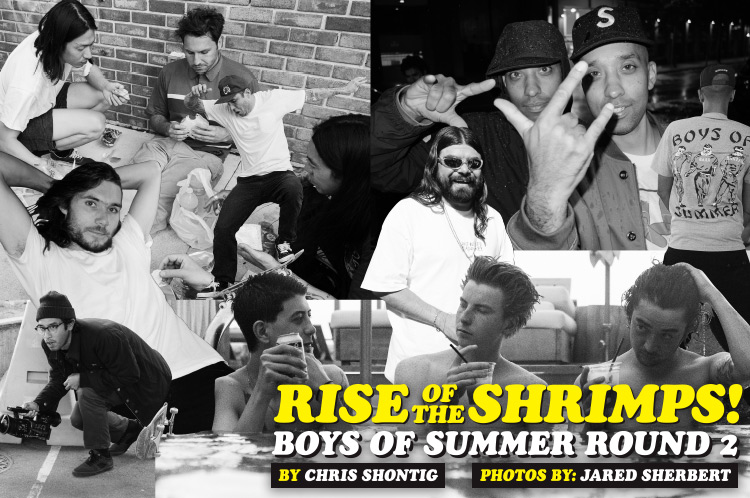 The Boys of Summer are back with another video and it’s out this month! It’s got hard-hitting, straight-to-the-dome karate-chop action from the glistening streets of Vancouver, the fiery ditches of Las Vegas, the dirty underbelly of New York City and the glitzy beaches of Miami, where reasonably-priced hotels are actually just shitty night clubs above vape shops. 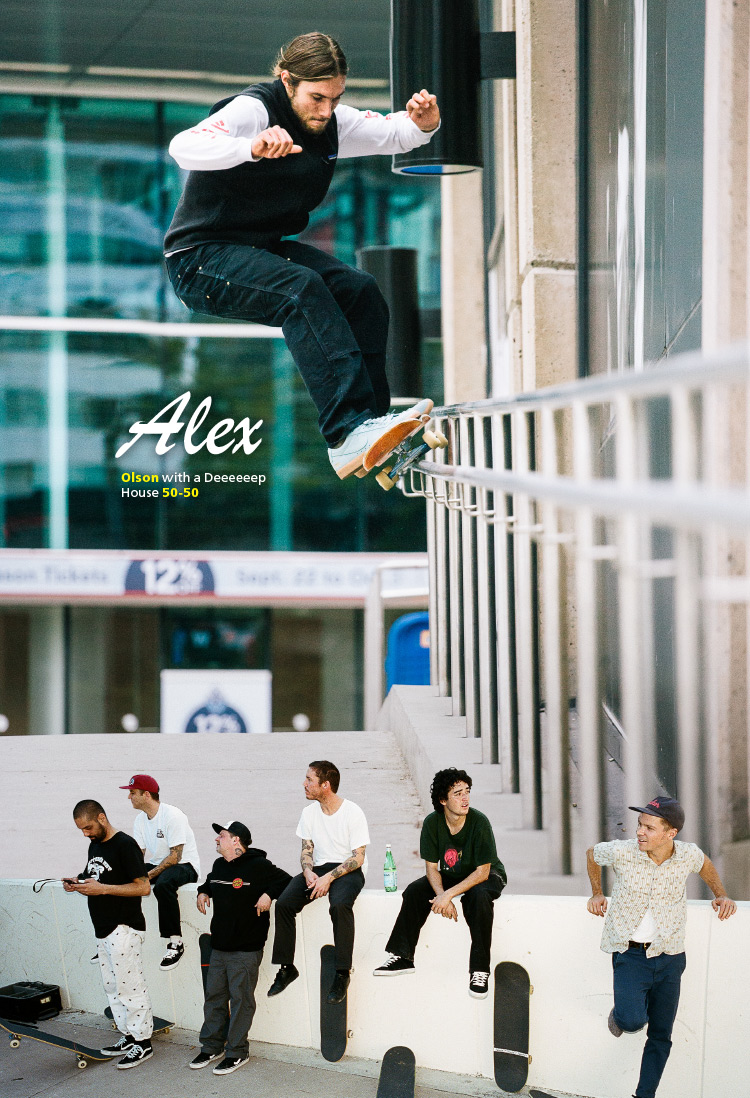 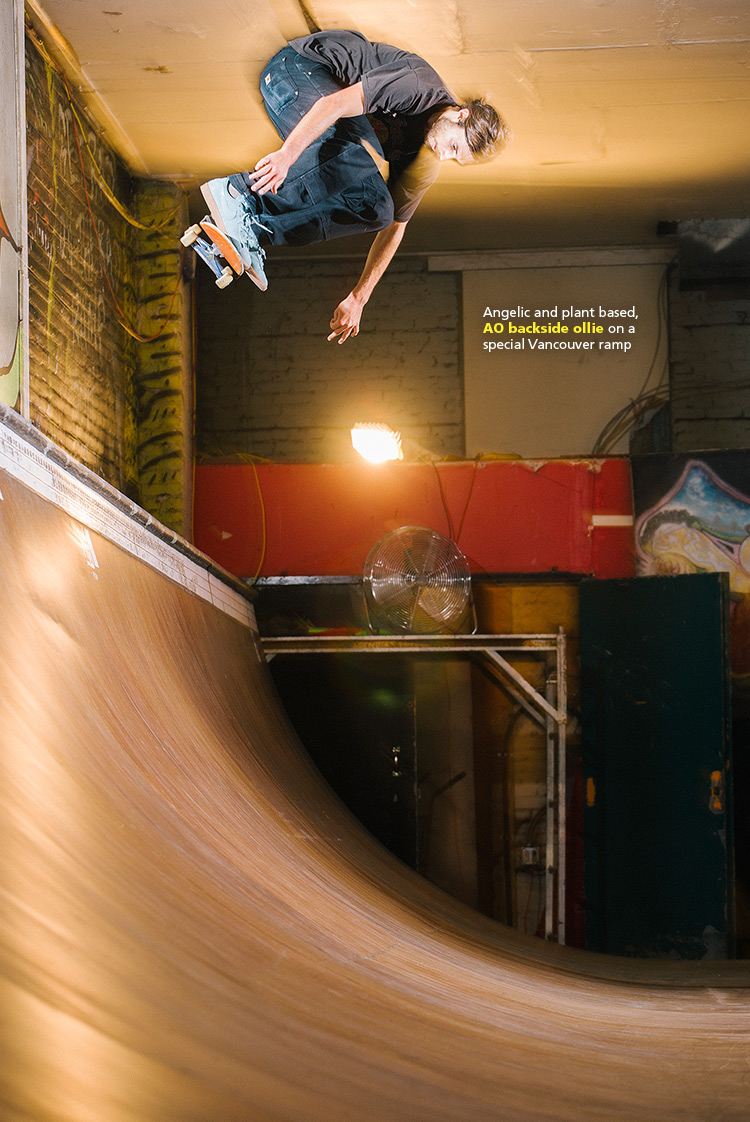 The cast of this second video rotated in and out on each trip. Since BOS is not a company so much as a group of friends, it’s a real mixed bag of potatoes. There are a couple different groups within the colorful BOS spectrum: the first sub-group is the Shrimps. They are the young fellas like Rowan, Nico, Santino, Bag, Logan, and a few others. You don’t hear much but shrieking and giggling from them. They skate, they drink and they don’t get hangovers. They’re a bunch of bouncy balls you let loose wherever you go and it’s always a good time. Then there are the pros like Nuge, Jerry, Koston, Andy Allen, AVE, Dressen and, of course, Spanky—who will outlast whatever deluxe camera battery you scored from the Internet. Spanky can outskate that thing, guaranteed. The man has no OFF button! He gets 1,000 tricks in a day! There are also plenty of non-pro, non-sponsored folks but you probably won’t recognize their names so I won’t do roll call here, but they are just as important as the others. It’s a friend pile that went on some trips and made this video. 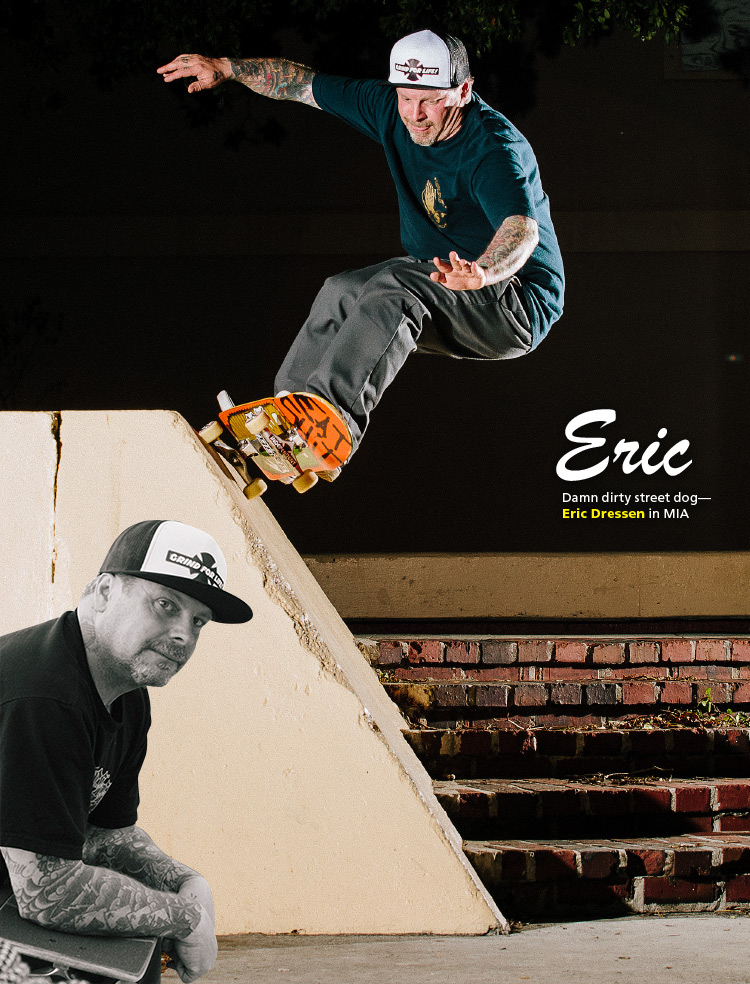 I’d like to preface the rest of the article by letting you know that my recollection of the first two trips is majorly hazy. The reason being that I decided to try and keep up with Nuge’s weed-smoking regiment on those first two outings, which resulted in being upsettingly high at every skate spot, restaurant, hotel room, car, life, Earth, etc. Example: gazing upon Alex Olson floating like one of those angels on the ceiling of an Italian chapel except at a private ramp in Vancouver and hearing nothing but air-raid sirens inside my head. 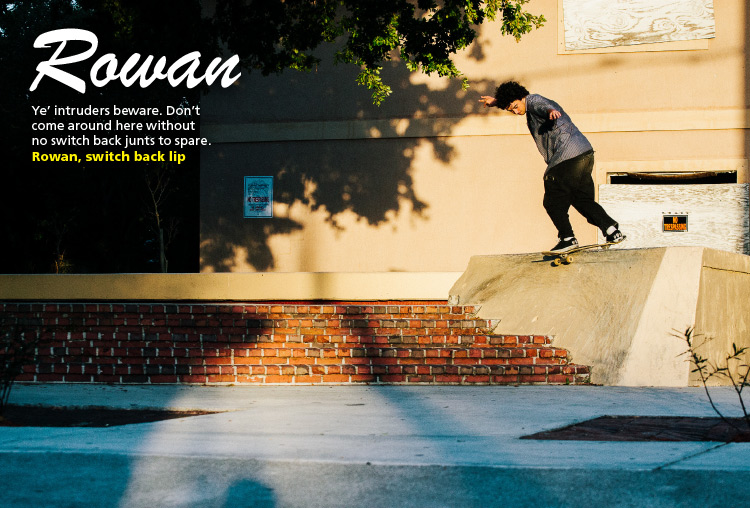 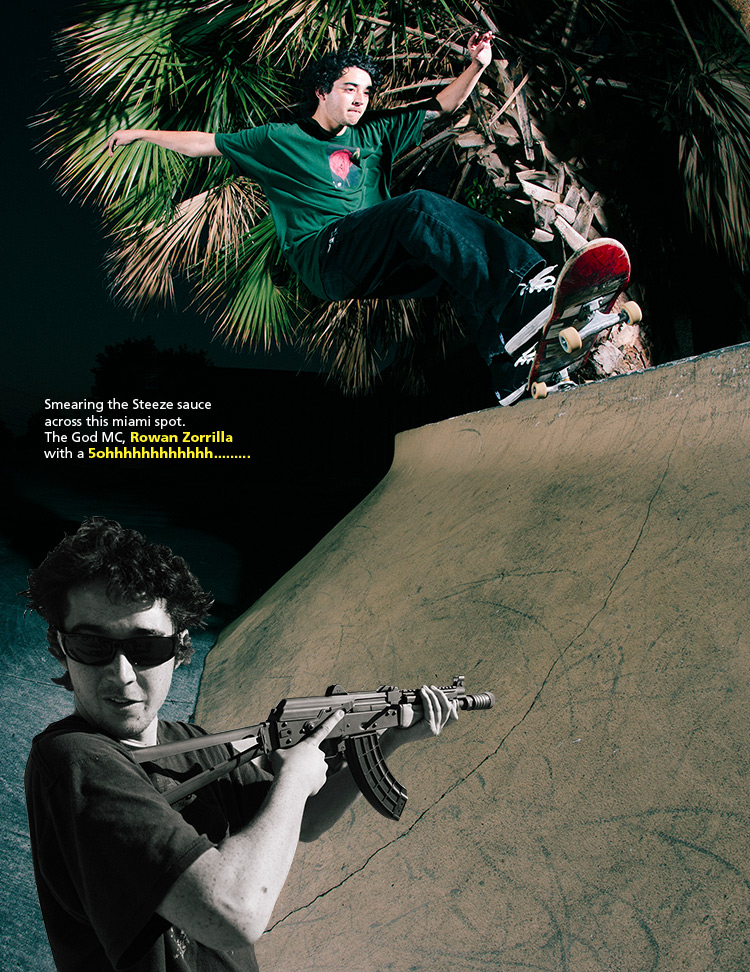 Dear Canadians, don’t ever be ashamed that you are such a nice people. Americans make jokes about it ad nauseam, but it’s only because we are insecure jerks. Marco and the folks at Supra Distribution in Vancouver treated us so damn well. They took us to skate some great parks and street spots. We got to rip it up with them as well as Rick McCrank AND Tony Ferguson. Nuge scored a kilo of weed (metric, bitches!) and we went to a spooky Halloween carnival where Ako survived numerous heart attacks like a G. 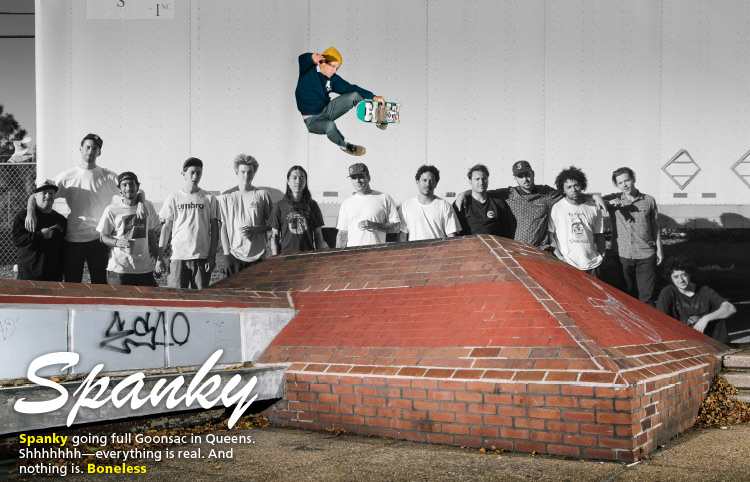 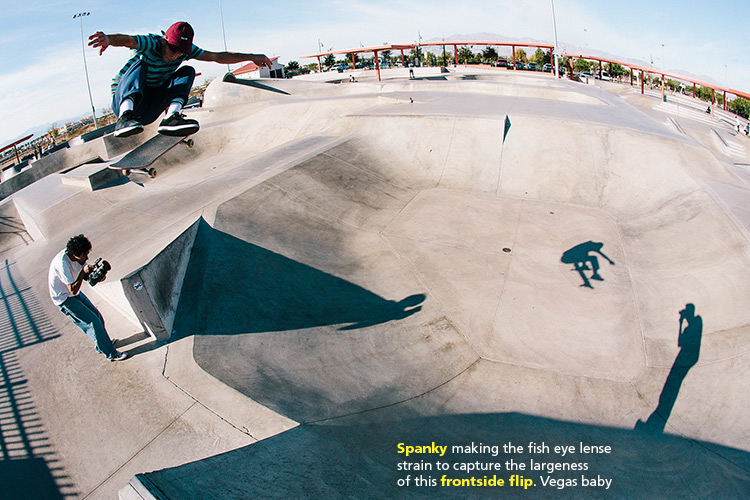 Our crew in Vegas was huge compared to the Vancouver expedition. I was once again spending a lot of time wondering if everybody hated me because I kept saying yes to Nuge’s weed, so my memory is a bit fuzzy, but I do remember our numbers being in the DC Super Tour realm: 22-25 on any given day. AVE’s got to go home? No problem! Dressen’s arriving tonight and can take that hotel room. Someone farted in the van? No problem! Neckface will open a couple bags of chips and clear that stink right up. I had never been anywhere in Vegas besides The Strip and just didn’t understand the city. This trip changed that. Skating with the locals away from the chaos and seeing the ditches and the regular-life stuff was great. But of course there were nights at the casinos. One evening Jeff won $2,000 and the next day bet it on Jerry landing a trick in a huge ditch. Jerry won that 2K goin’ switch, baby! Baca and his wife and kids came out for the sessions, too. That’s one of the rare scenes in life that I can confidently describe as both hard as fuck and adorable AF. 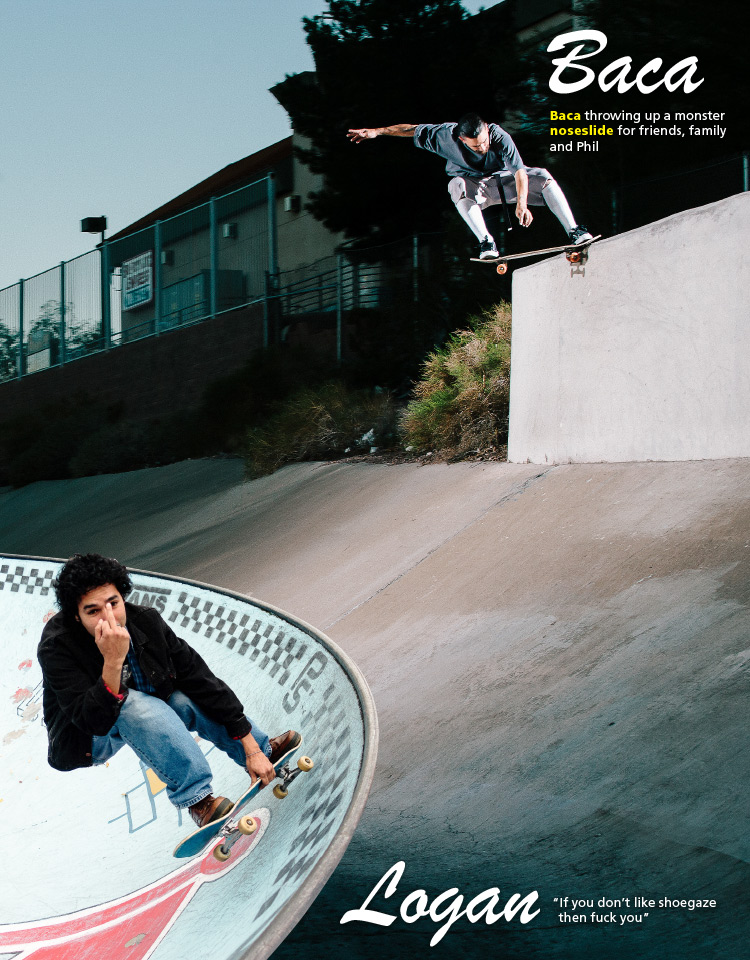 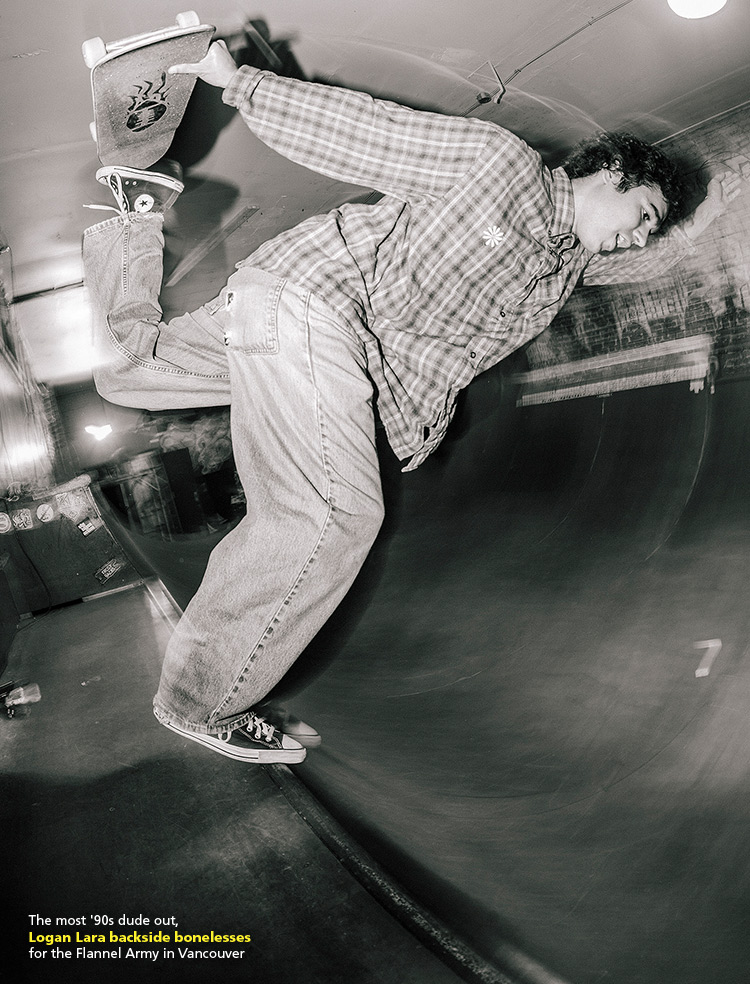 Miami was where the Shrimps were in expert mode. They had a room in our hotel that had everything but a disco ball. Actually—it might have had a disco ball! Babygirl would go in there and manage to black out completely sober. That man’s stoke level is some new kind of extra. It would dumbfound NASA. I went to bed early most nights, but each morning I’d wake up to photos of nudity on the beach via our group text. It was usually images of Cody and Logan. Oh, and we took Dressen to the Ghetto Banks and he got a trick! These are the salad days. 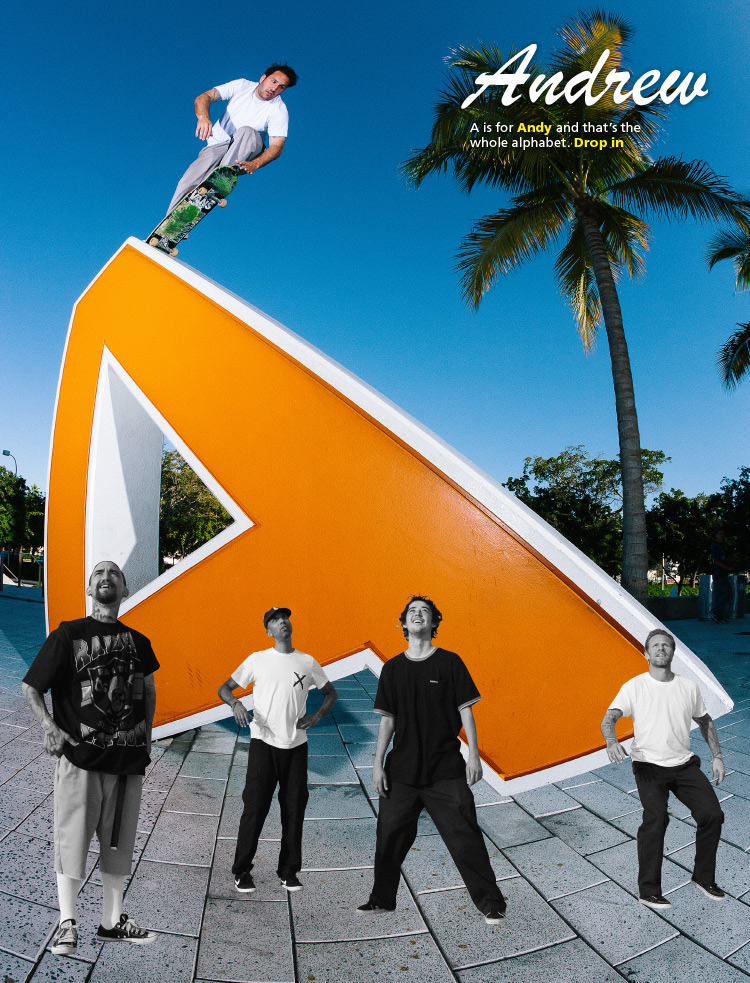 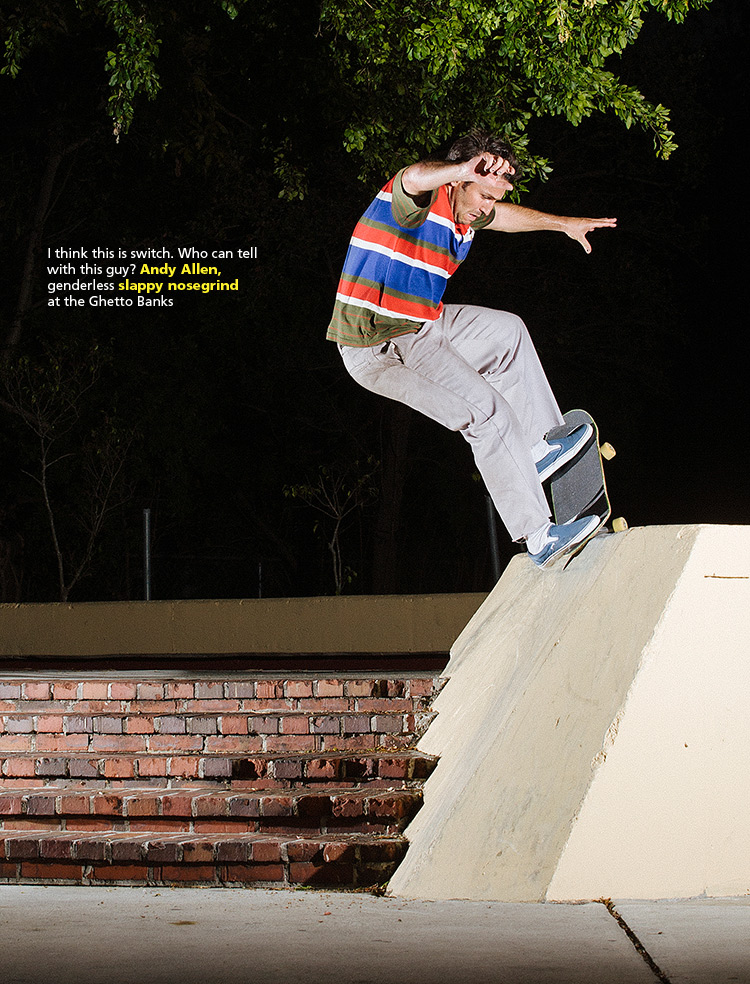 The final stop on the friend train was NYC. Koston and Lauren made it onto the road for this one and there was a war going on that no man was safe from. And that “no man” happened to be Neckface. I don’t recall who started it, but it was the Shrimps vs. Neckface and it was a slugfest of road-trip torture. We eventually witnessed Neck meeting his match. It took about five Shrimps to do it, but he went down. The Shrimps were victorious in the end. 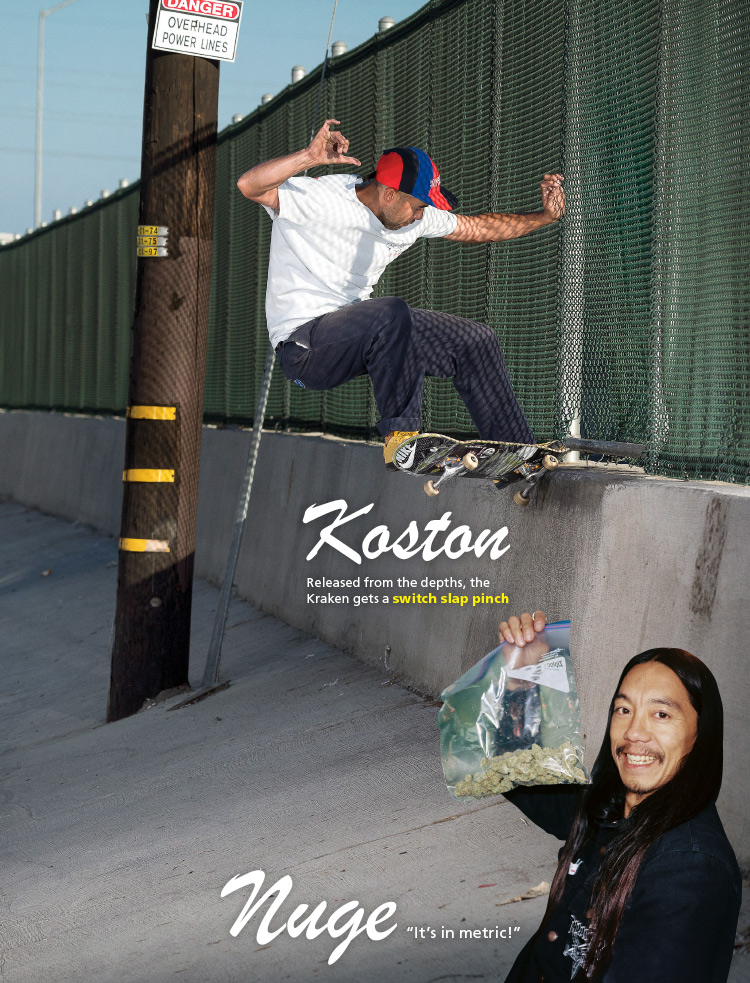 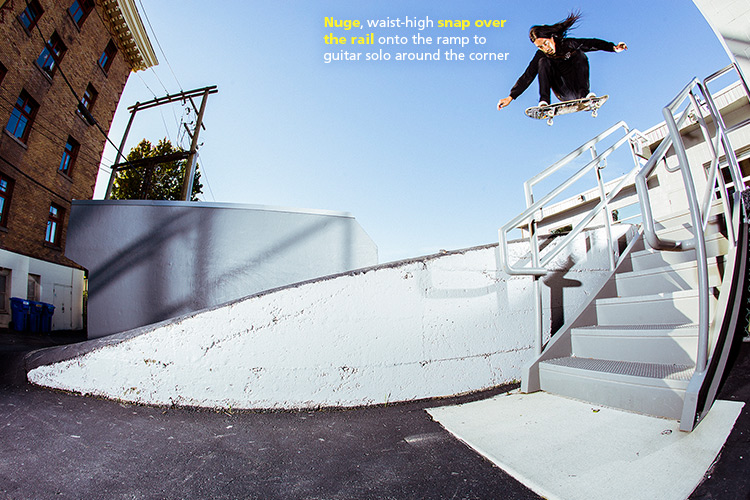 As I mentioned, Boys of Summer is not a company so we heavily relied on folks buying our shirts to get us on these trips as well as actual legitimate companies that the various pros ride for. The locals of the four cities we visited made it so rad, too. Also, shout out to Thrasher for paying me 20 bucks a word to write this article! It’s all been a huge help and a shit load of fun. Can’t wait for summer 2019. 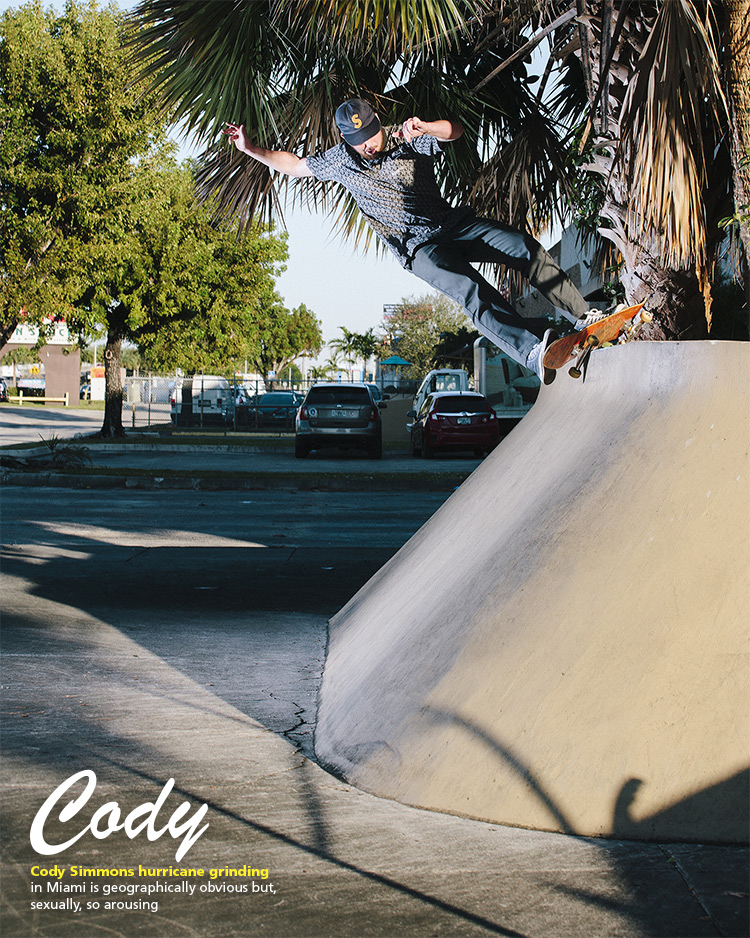 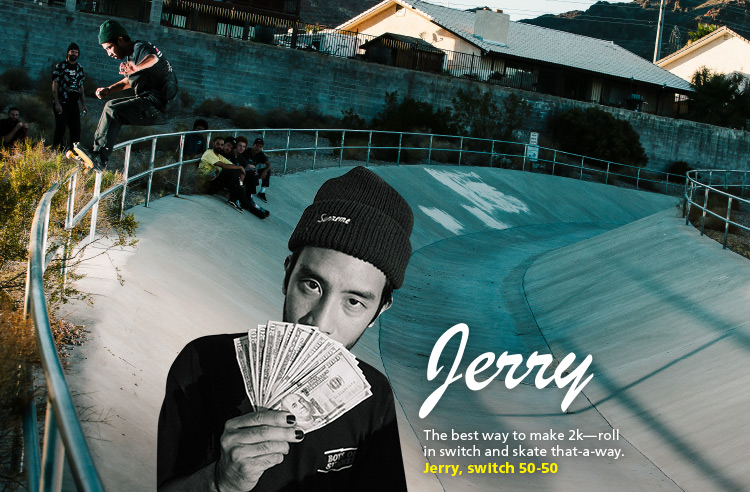 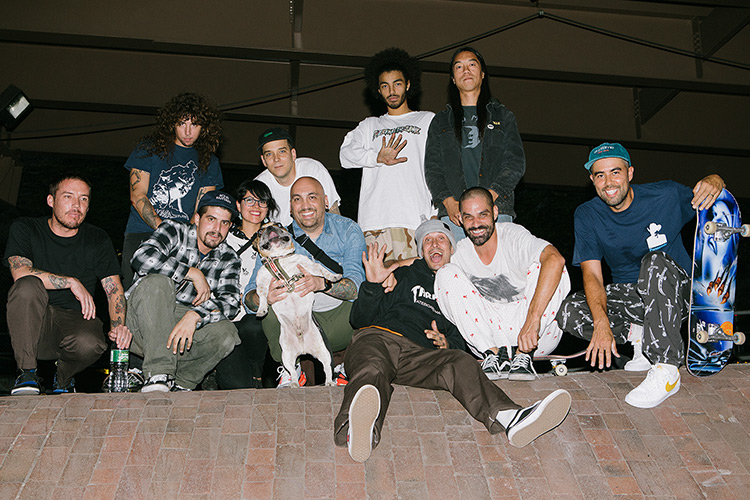