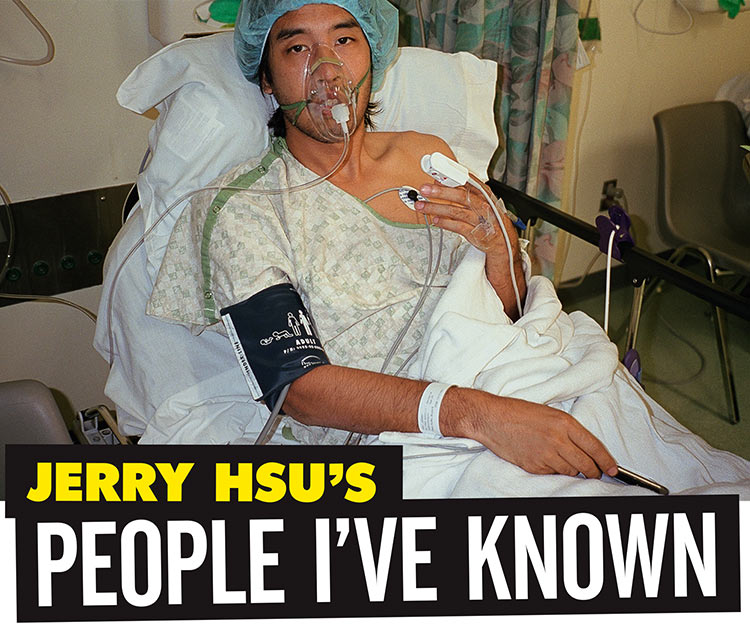 Throughout two decades of pro skating, Jerry has encountered a wide cast of characters. Here are his quick impressions of those people who have added to a lifetime of memories.

I don’t really know Ben, but we ran into each other once and he exclaimed, “I’m so happy to see you!” When I asked him why he said, “I thought you were dead!”

Stevie and I have the same birthday and every time we run into each other he greets me by saying, “Wassup, birthday boy!” which is seriously the gift that keeps on giving.

“Quit spray painting your shoes. We all know they are Osiris!”

Ed was my first team manager at Maple. He somehow convinced my parents to let me go on a month-long US tour when I was 15 (which in my situation was basically performing a miracle). Ed really showed me how partying and doing a good job can be finely balanced. Thanks for taking care of me all those years, Ed.

Ray was my camp counselor at Visalia skate camp AND came to my wedding. I don’t believe in angels but maybe I do. 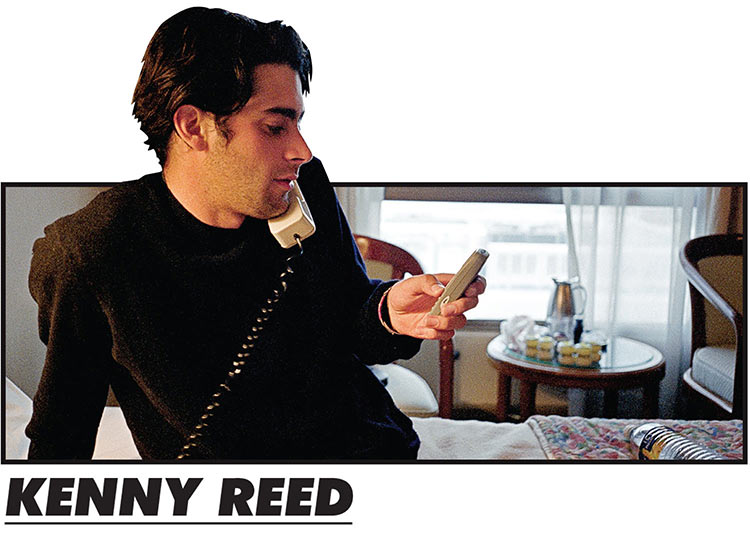 I was really going through it once with a girl—just young and dumb with no emotional tools to deal with what was happening. When it was getting bad Kenny happened to call me and asked if I felt like skating in Barcelona for a couple weeks. We ended up getting an apartment out there and I didn’t go home for nine months, which was just what I needed.

We were in Arizona filming for Bag of Suck and I think we had been giving Tony a hard time for a couple days, just zinging him a lot, but maybe we were being worse than I remember? Anyway, it reached a point where at a random stoplight he just opened the door to the van, got out and said, “I quit.” I didn’t see him for years after that day. It was so badass. I respect him forever for that. 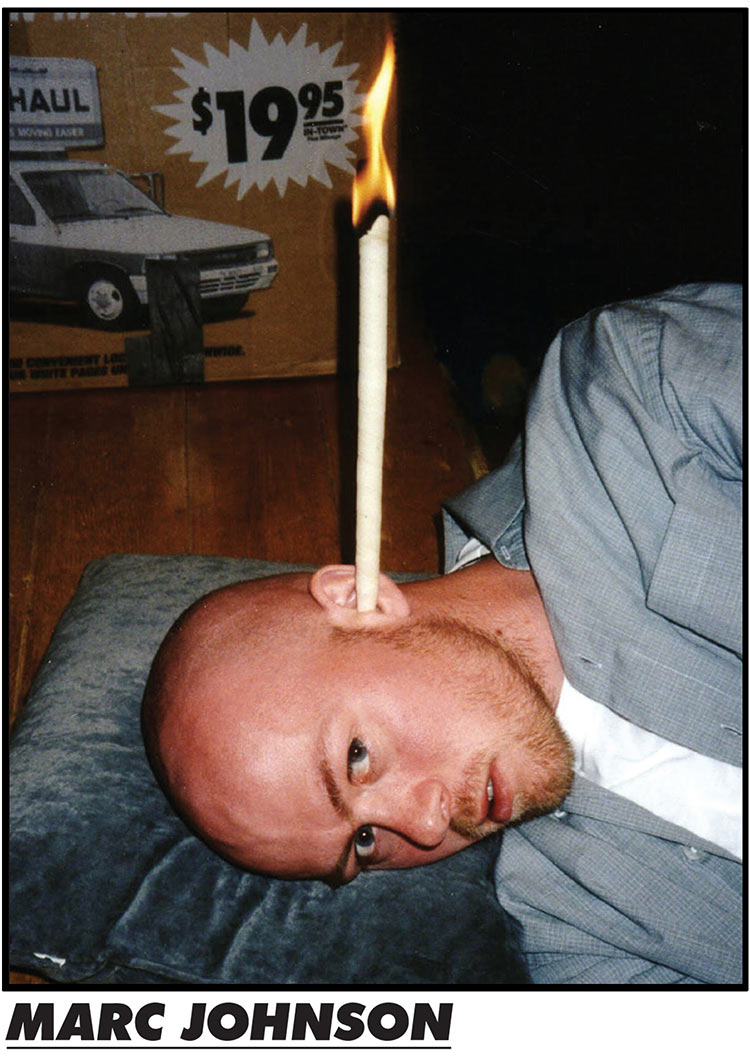 There is way too much too say about how much Marc has meant to me. I’ll just say that one time when we lived together he came home with a $500 bag of ’shrooms. We did it all in about three straight days watching 411’s and laughing our brains out.

On the infamous Osiris paint-balling day, Mathias drove up in his brand new Audi. I was checking it out and he said to me, “You know, Jerry, if you skated vert maybe you could drive a car like this.” 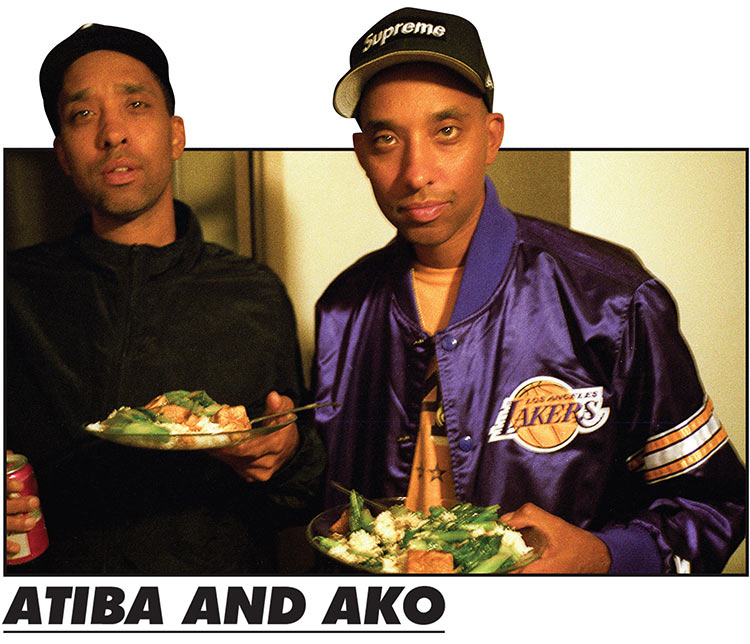 I showed Atiba how to put your thumb through a beer to shotgun it. He loved it so much he would buy 12 packs and practice in the shower. He was partying so much that, as a joke, I sent his wife flowers with a note apologizing for teaching him the shotgun trick. Maybe a year later they were divorced. It’s all water under the bridge now and we can always have a laugh about how I destroyed his entire life temporarily. Before I destroyed Atiba’s marriage, I hung out with Ako all the time. The night I met Ako we had to sleep in the same bed together and to break the tension I said, “Hey, Ako, what should we talk about?” Now we have conversations on the phone like an old couple where he doesn’t know what to have for lunch and I suggest different restaurants for 30 minutes.

I remember always trying to do my best when Gabe came down to San Jose to shoot. He pioneered using Bondo and literally cutting down trees to get a trick. He also had a photo album in his car with Polaroids of spots way before iPhones or anything. He loved saying, “No excuses.” 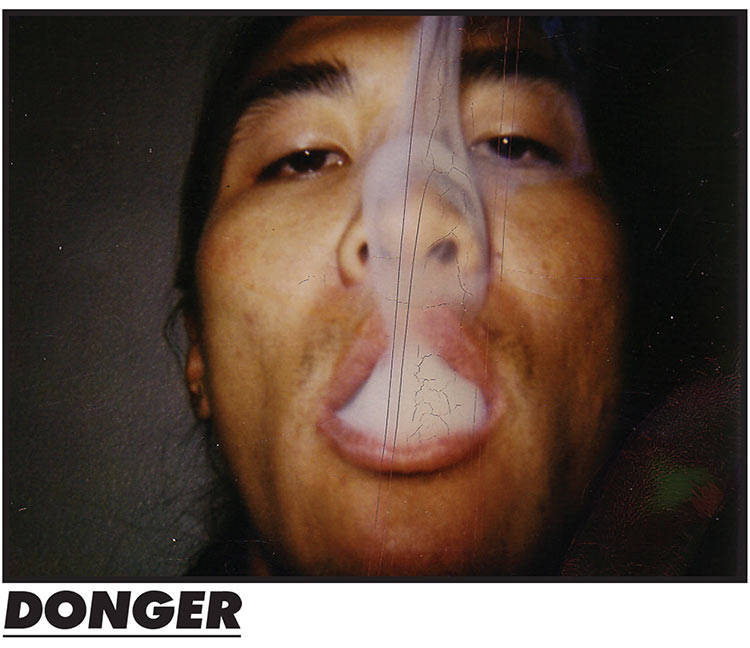 “Eating Taco Bell is like eating farts,” is the best thing I ever heard the Donger say. 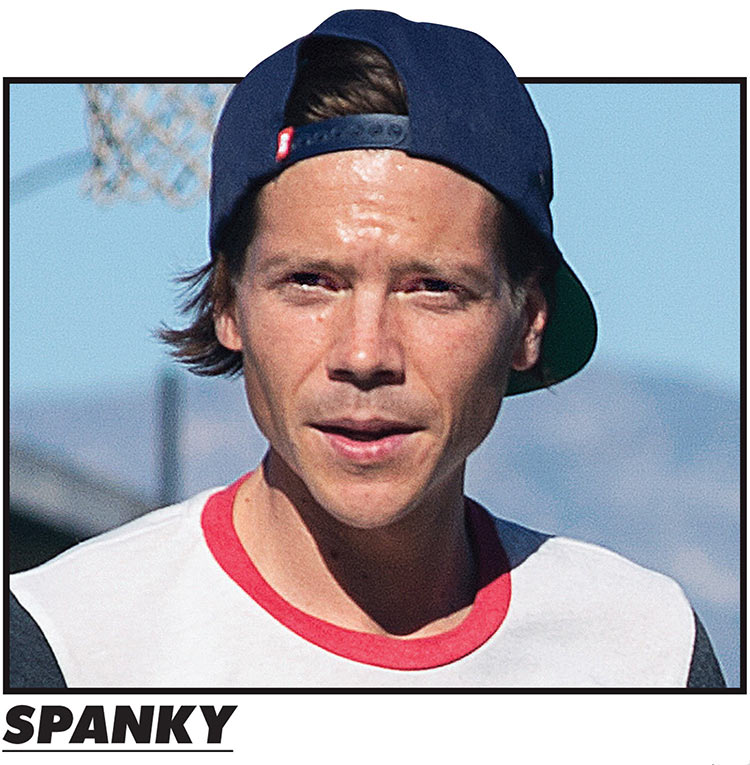 I’m pretty sure the first six years we knew each other we skated together maybe twice. And we spent A LOT of time together.

The day after Christmas ’92 was me and my friend’s first day on a skateboard. I had just turned 11. We were at Leland High School in San Jose when a group of guys started skating towards us from across the parking lot. There were heat waves (In December? I dunno. That’s how I remember it) that distorted this group approaching us and it felt like I was in a Western and we were about to die. Their leader was a big, bald, scary-looking guy with a duct-taped arm cast who asked if he could try my friend’s brand new Rick Howard Plan B board. (I had a Santa Cruz Everslick complete from Cali4nia Skate Express. Not very cool by comparison.) He ollied off a speed bump maybe knee high and me and my friend looked at each other like the greatest thing in the world had just happened right in front of us. Of course it turned out to be Salman who was there to show me some serious magic on day one.

When Welcome to Hell came out I had such a crush on Elissa. So much so that I sent a fan letter to her via Toy Machine with darkroom photos I had printed of my mom making dinner (what?). I think Ed might still have the letter.

In 9th grade Gershon would sometimes pick me up after school to go skate. When I got in the car he would ask, “Should we skate hydrants or ollie off signs today?” 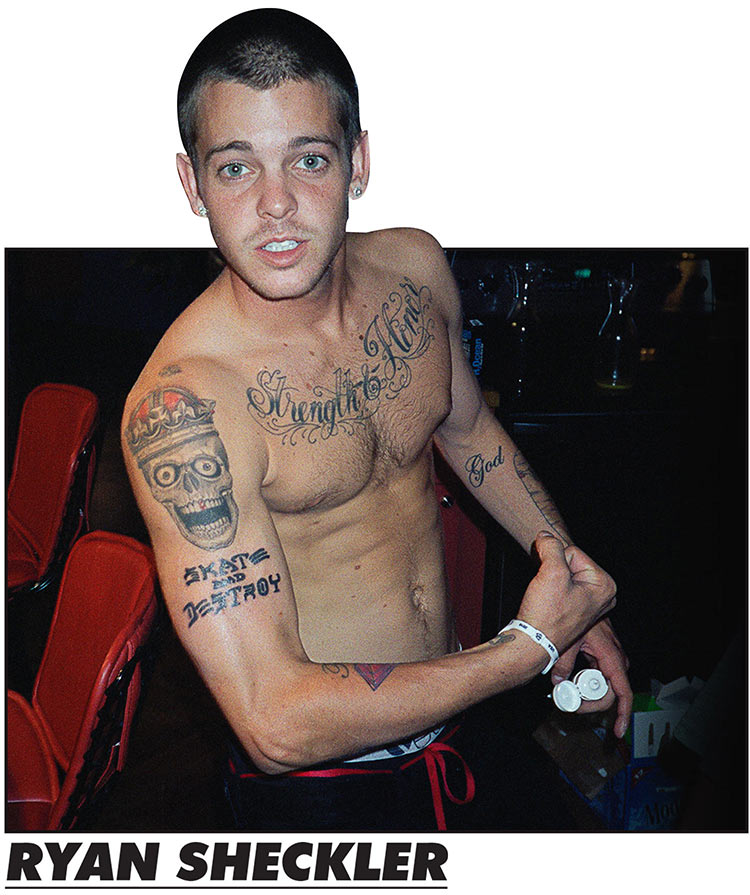 One time for a KOTR challenge, Etnies flew me to Vegas because there was a challenge to get a clip with someone who had been in The Storm. The team was staying in a suite at the Palms because Ryan was at the height of his fame. Everyone left the suite for some reason and it was just Ryan, who was shirtless, playing pool with me. He kindly offered me a blunt and I smoked way too much of it. I’m messed up and remember Mikey Taylor coming into the suite and asking me if I was alright. Then he said, “Dude, what happened? Did you smoke Ryan’s weed? Dude, you shouldn’t have done that. It’s really strong!” That statement made things much worse so I went down to the casino to get a coffee thinking that would help me. After the coffee, things got much, much worse and to top it off I’m still supposed to film something. I could barely stand but filmed a shove it on flat maybe? Props to Ryan.

I don’t know Peter but he walked by me in a bar once and said, “Aren’t you the new Willy Santos?” This was like two years ago. 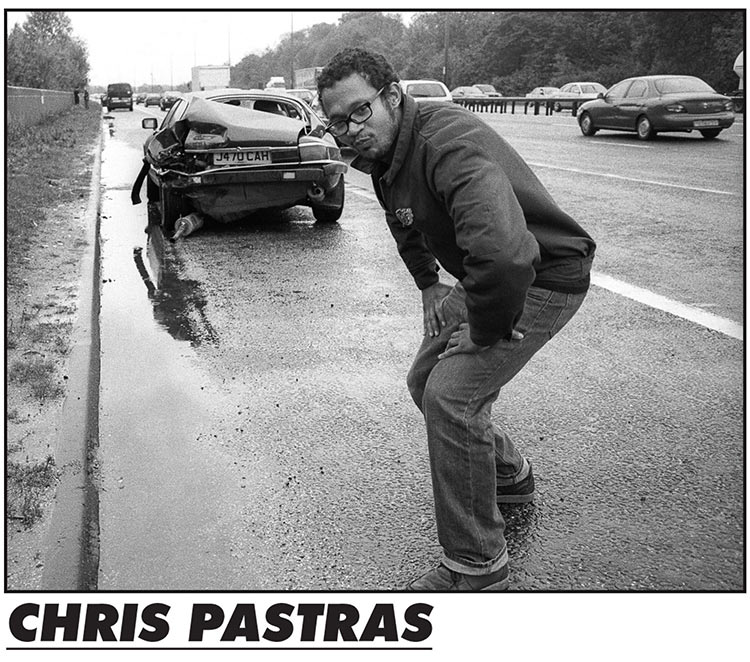 First trip as Osiris team manager, Dune used the company card to pay for all of us to see live sex shows in Amsterdam. Five out of five stars, first impression. 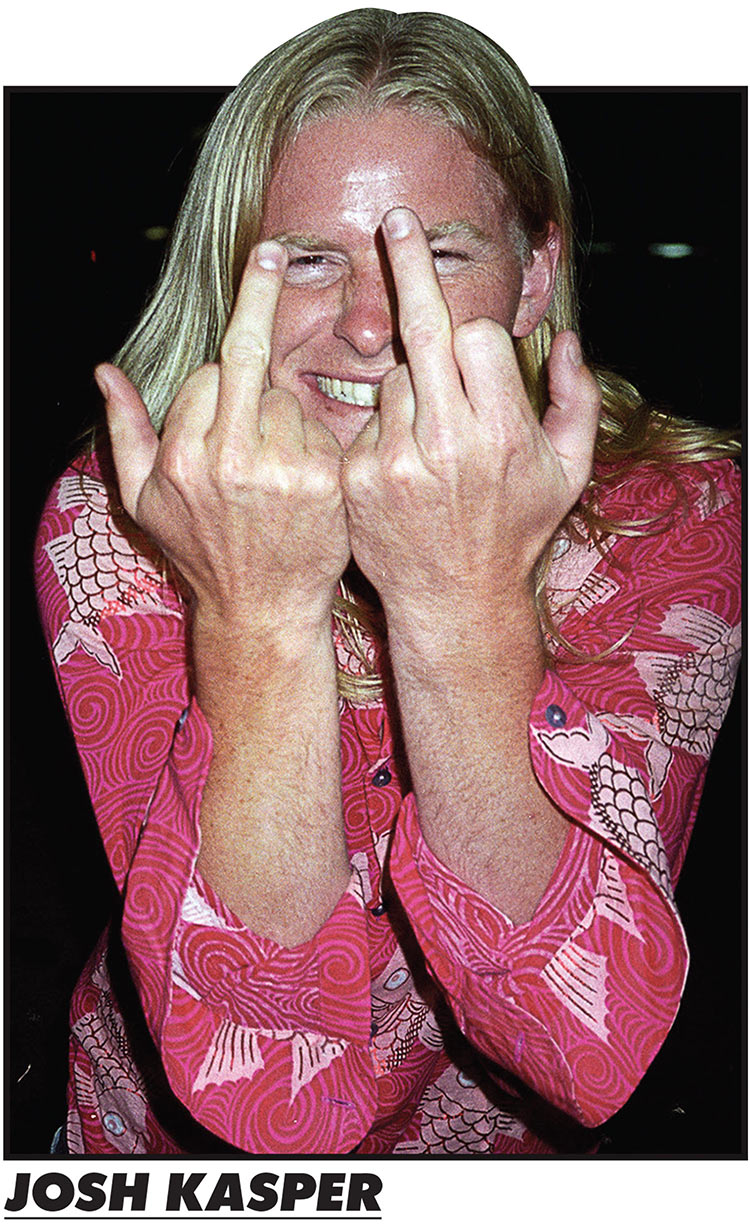 Dwindle used to do demo trips with multiple companies. One year it was a Darkstar/enjoi/Blind trip to Australia. At baggage claim in Melbourne, the most enormous red duffel bag rolled out. That was Josh’s. Space in our vans was limited so we were all like, “Dude, why?” A minute later ANOTHER giant red bag rolls out. TWO giant red bags. We were all laughing. By some hilarious twist of fate, Bobby Puleo roomed with Josh the first night and the next day we asked him what was in the second bag and he said, “The second bag just had lotion and tennis rackets in it.”

If anyone would like to know what’s annoying about the skateboard industry come have a beer with me and Jon. 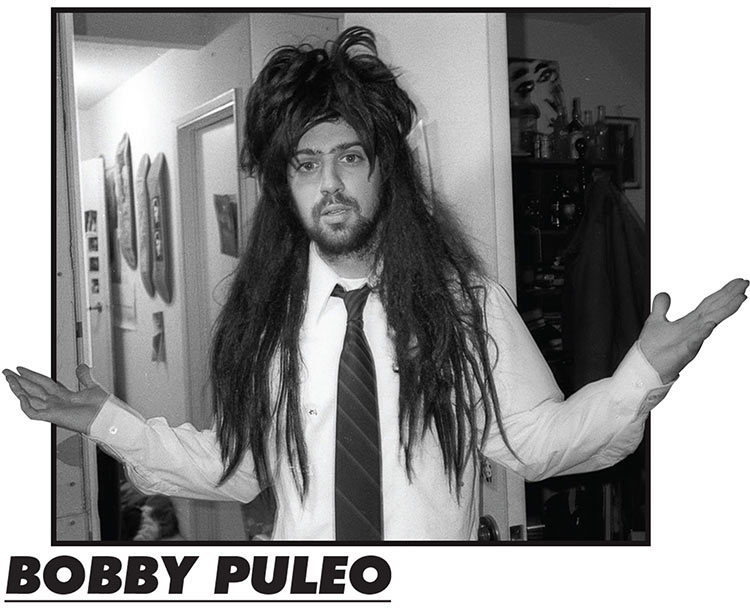 I feel really lucky to have been on a company with Bobby. When MJ brought Bobby on at enjoi I had no idea how much he was going to influence both my skating and personality. There’s too much to say about how much I love Bobby but one thing I always think about is when we went on tour and he brought just a skateboard and a little Jansport backpack. When we arrived at our hotel room he opened the backpack and there was just a single pillow in it and nothing else. I asked what the deal was and he replied, “It’s my pillow. I can’t sleep without it.” 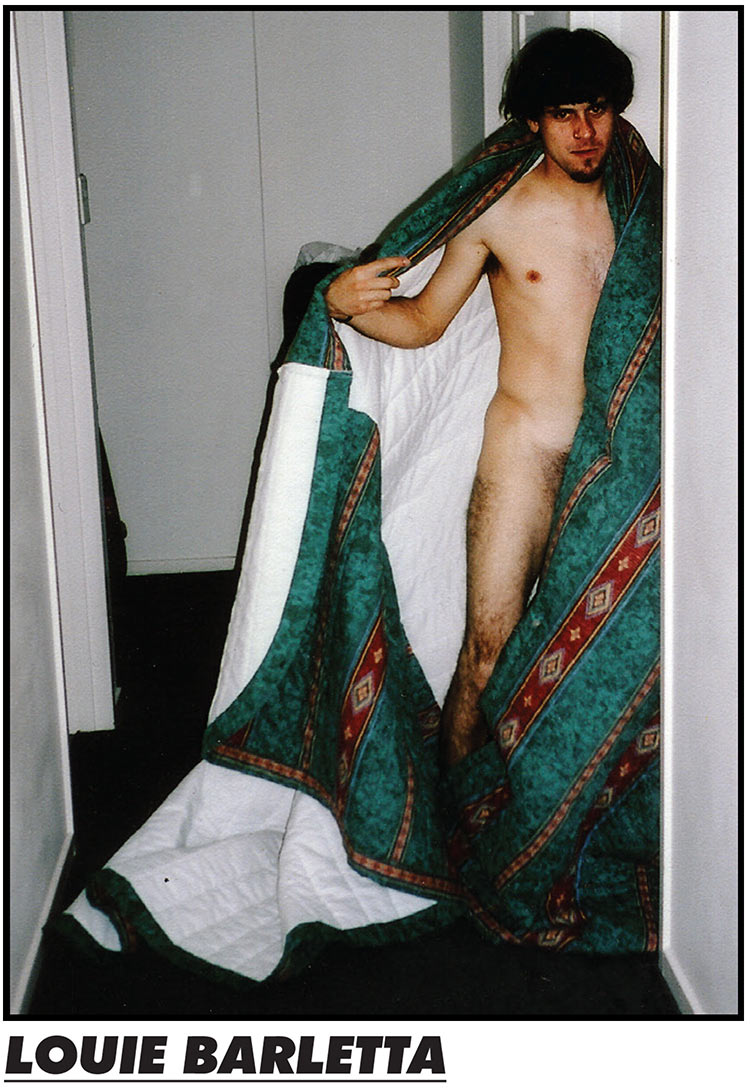 I’ve seen him blacked out wrestling a chair in Amsterdam.

I’ve never met anyone so evil and so sensitive at the same time. 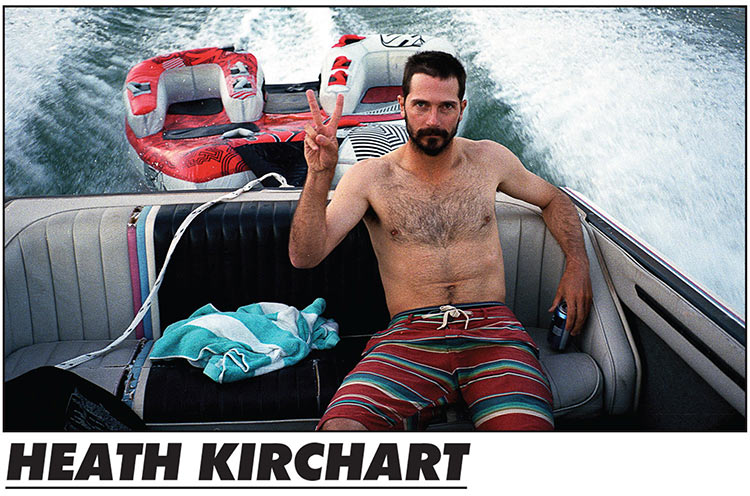 Still a little starstruck every time I see him. 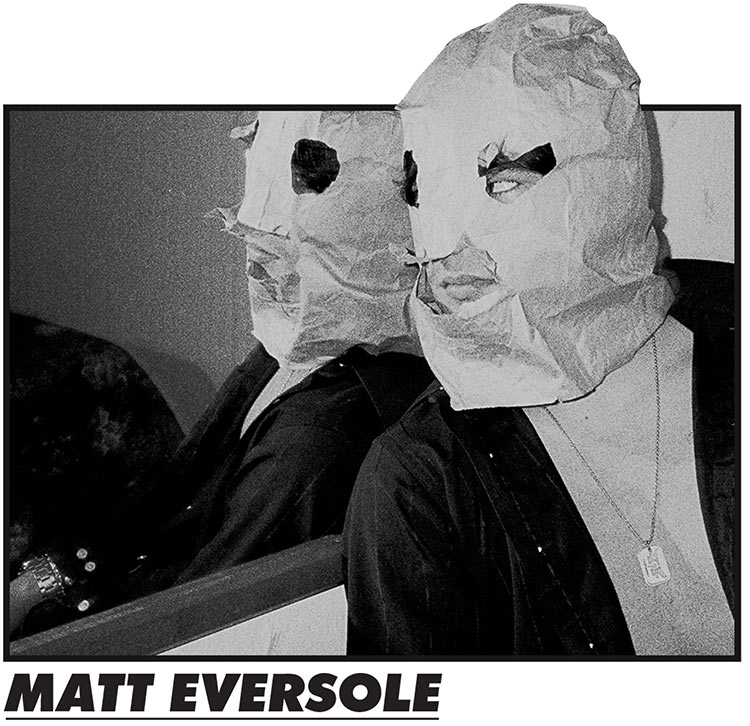 Matt was a close friend as well as our brand manager at enjoi after MJ. We were at the very end of filming for Bag of Suck and everybody was really stressed out, especially Matt. One day I asked if he needed any help with anything, with the company or team, and he just said, “Do that nollie back heel!” in a tone that really pissed me off. I had gotten hurt a few days earlier trying that trick and decided my part was done and that was it. There were exactly three weekends left to film for the video. I couldn’t/didn’t want to skate and was just getting more and more mad every day at what Matt said. I ended up landing it the day before the deadline and at least 75 percent of my motivation was Matt’s comment.

All larger photos by Jerry Hsu
Check out these other "People I've Known":