Every photo has a story. Here are some shots from Chaz’s video part with a lil’ extra anecdotal info.

Photos and words by Sean Cronan 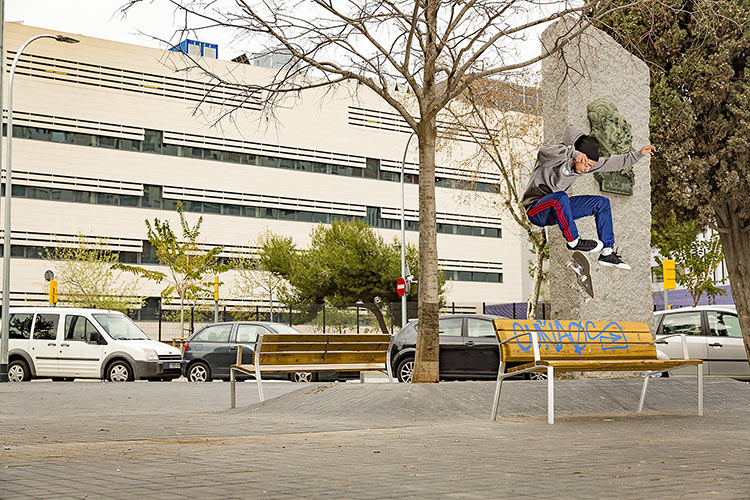 Last spot and last trick of our two-week Barcelona mission. We had been to this spot (which is directly in front of a high school) earlier in the trip, but the guys were over it once school let out and the courtyard was overrun by hundreds of teenagers. A peaceful Sunday afternoon during siesta was all Chaz needed to get this 360 flip 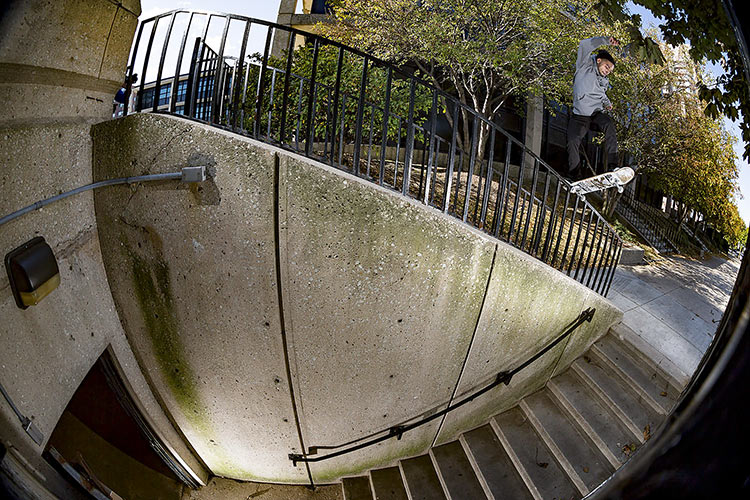 The famed Disney rail in Chicago is not for the faint of heart. You definitely don’t want to end up going over the side at this spot. Chaz overcomes his fears with a gnarly front blunt

If you know me, you know that this is one of my least favorite spots in the world. Every time we go to Miami we end up at this spot for hours at a time. In those many hours I have seen multiple car accidents, full-on fist fights, people getting robbed, countless police chases and a whole lot of amazing skateboarding. Actually, maybe it's not such a bad spot after all 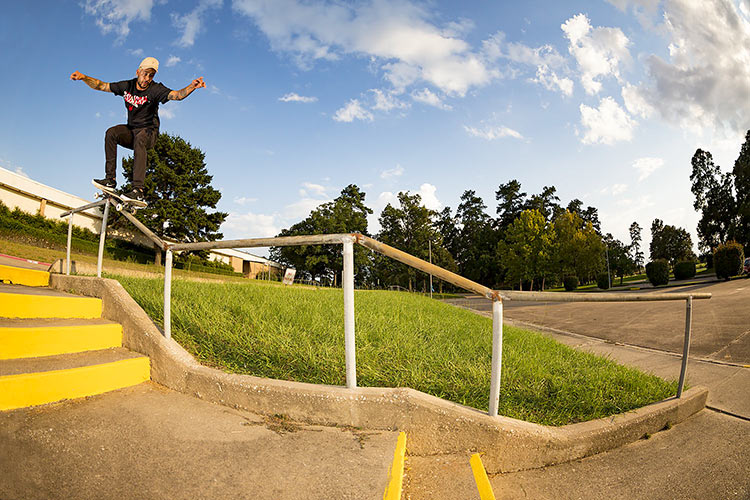 This rail in Houston, TX, is way out in the sticks. We made our way out here straight off the plane to go skate a completely different rail and just happened to stumble upon this beauty after making a wrong turn. Sometimes things have a way of working out. 50-50 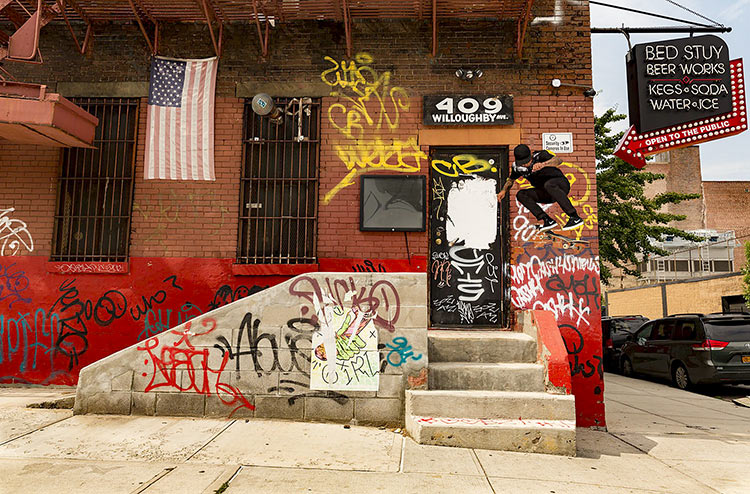 This bump is super hard to skate: it's really narrow and slightly lumpy which makes getting a good pop really difficult. Most skaters that check out this spot don’t even bother to taking their boards out of the car. Chaz clears the crust from his eyes with an early-morning backside flip in Bed-Stuy 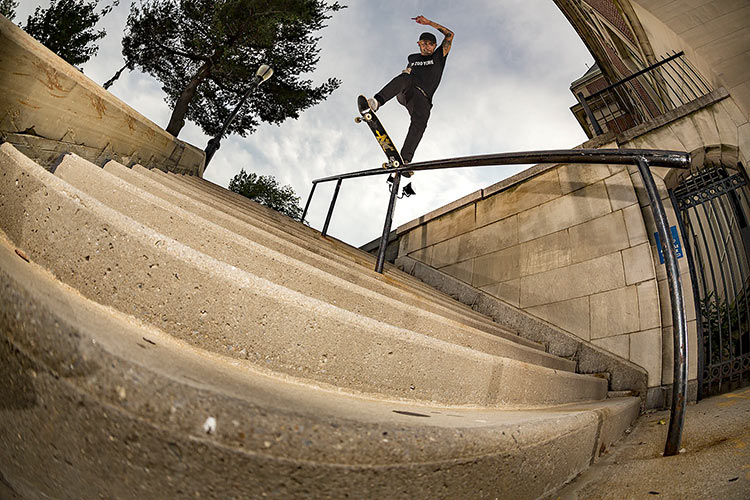 A last-minute ferry ride to NY’s most overlooked borough was all it took for Chaz to get down on this perfect rail. Noseblunt slide on Staten Island 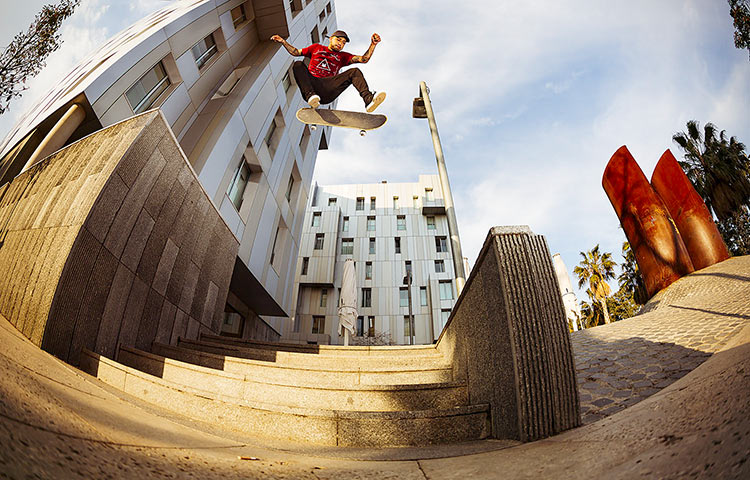 Initially we headed to this spot in Barcelona thinking that Ron Deily would get something going on the banks. When that didn’t pan out, Chaz started hucking off this wall. It took a while to get it since there was only enough room for one push, but Chaz got it in the end. Kickflip 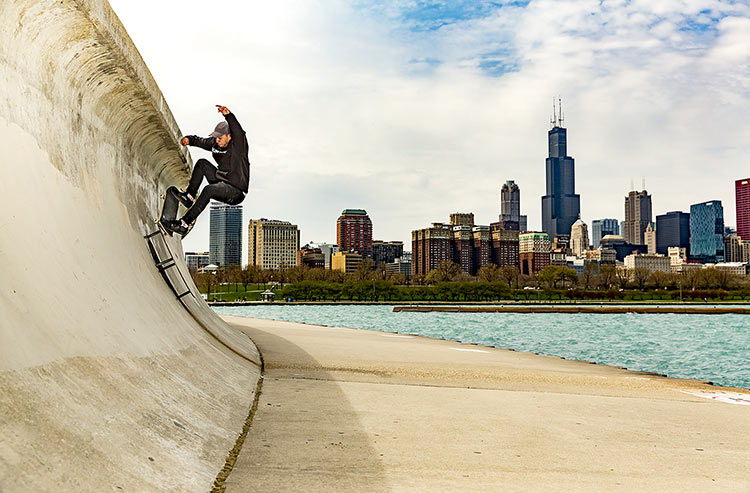 This was the third day in a row going to this spot: the first day Chaz’s board went into the water, the second day we got kicked out by the cops, but on the third day the bike cop that rolled up was cool and told Chaz to "Get it." Third time's a charm. Nosegrind, Chicago seawall 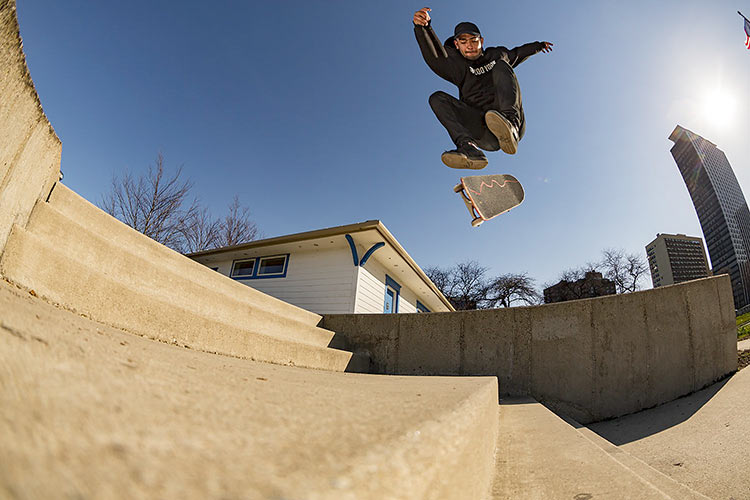 With a nod to his Canadian fans, Chaz puts down a proper lazer on an out-of-the-way Chicago double set 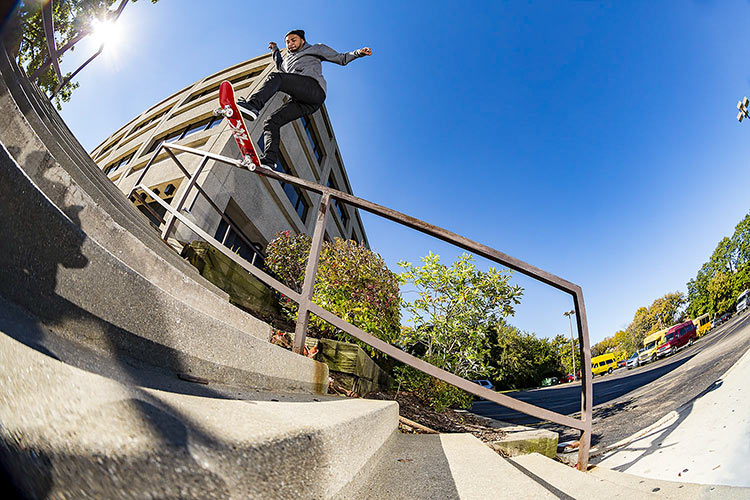 This rail is known as Cole-Taylor and it's out past O’Hare, deep in the suburbs of Chicago. Not what most would consider to be an ideal first spot of the day on an early Saturday morning, but luckily Chaz isn’t like most people. This is by far one of the gnarlier back tails that I have ever shot 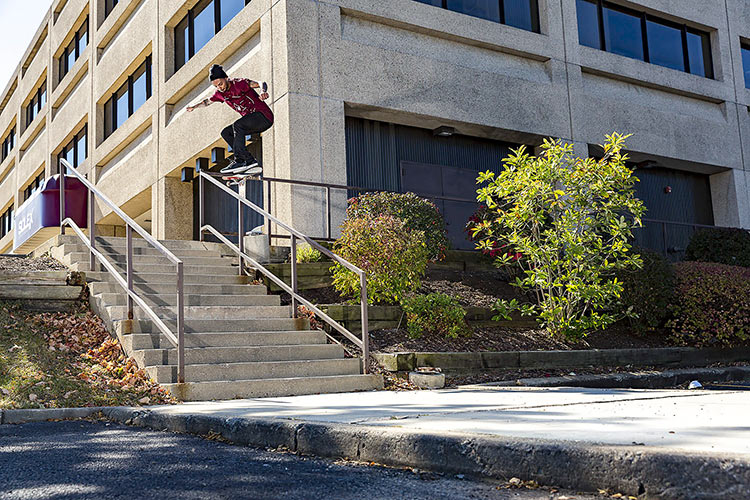 Once Chaz got the back tail, we checked the footage and he said, “ I’m going to kickflip back lip it.” And he ran up the stairs and did it first try. One and done 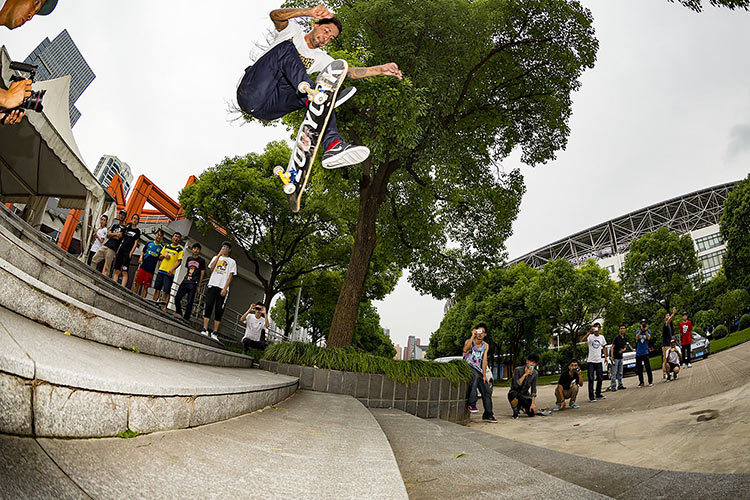 We hit up this spot right after a demo in Shanghai. There was essentially no run-up to these stairs and the local kids said that no one had ever ollied them. And it's possible that nobody has yet to ollie them because Chaz went straight for the 360 flip