The Clash at Clairemont went down on Saturday with a stacked roster of pro and am skateboarders throwing down for a good cause—to help fight cancer. The Krause Family YMCA was packed with skate fans showing up for the ‘boarding madness, autographs, and to see Black Flag play. Thanks to everyone who showed up to support Grind For Life! And fuck cancer! —Rhino 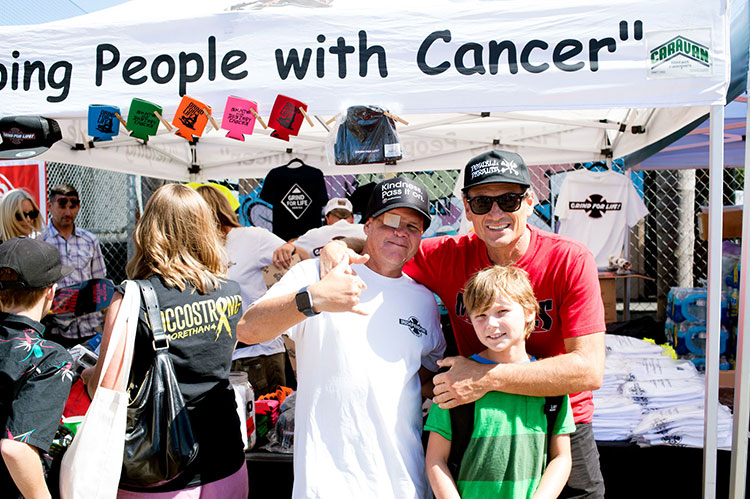 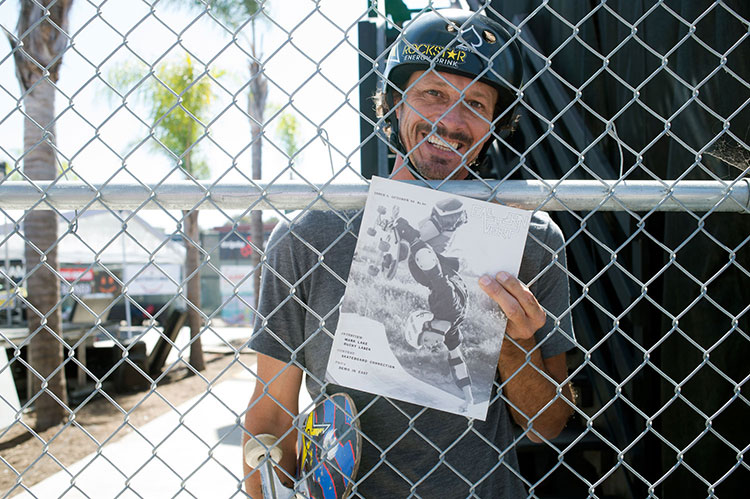 Bucky Lasek on the cover of an old Easter Vert zine, courtesy of Look Back Library 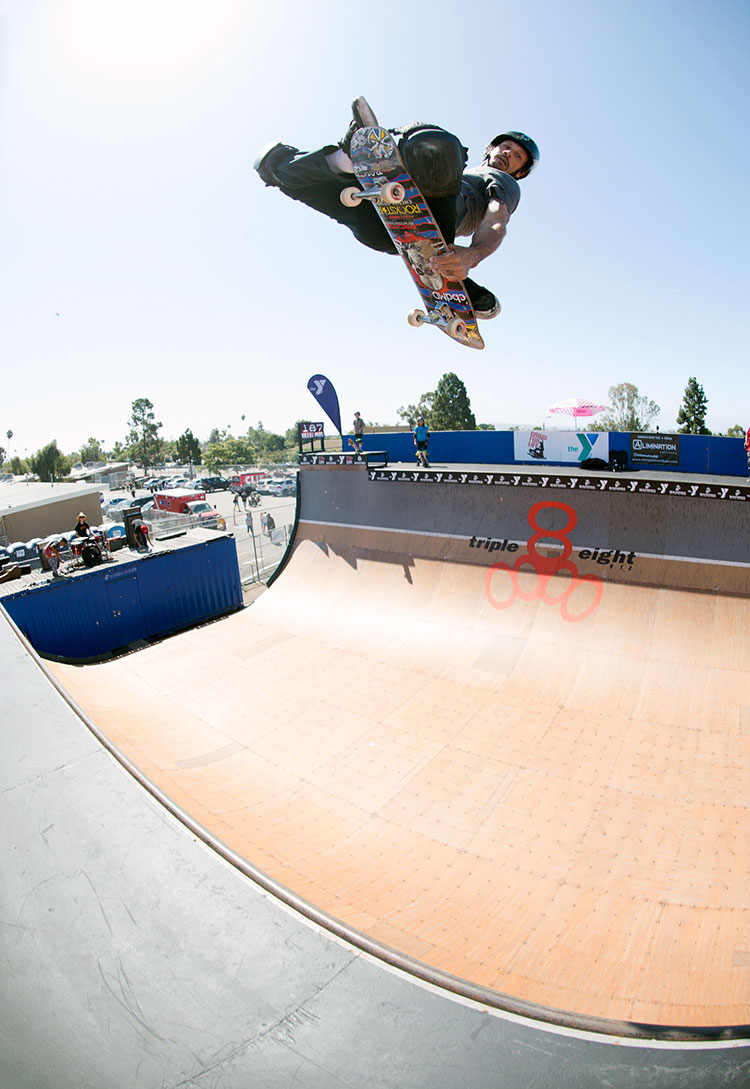 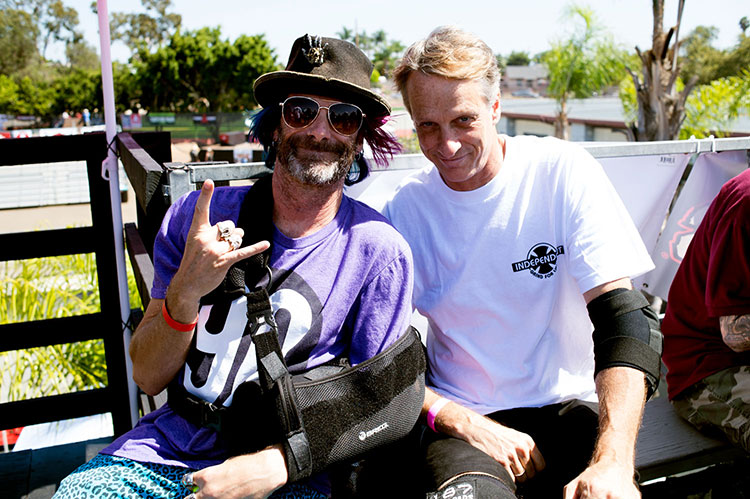 Kevin Staab (on the injured list) and Tony Hawk 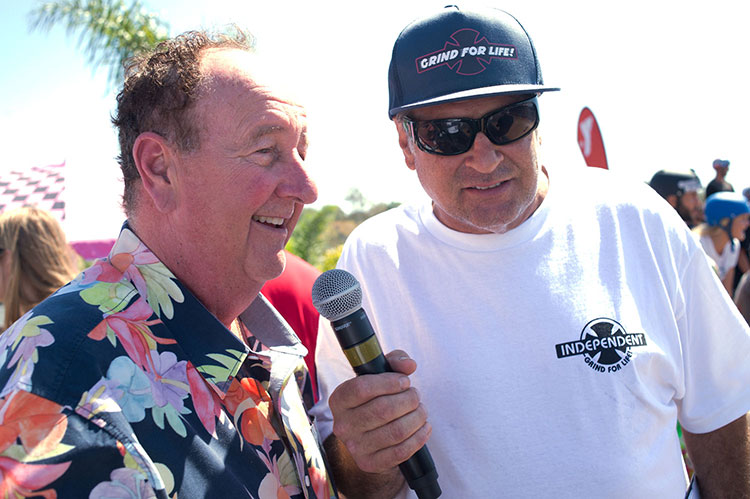 Of course Steve Van Doren was there 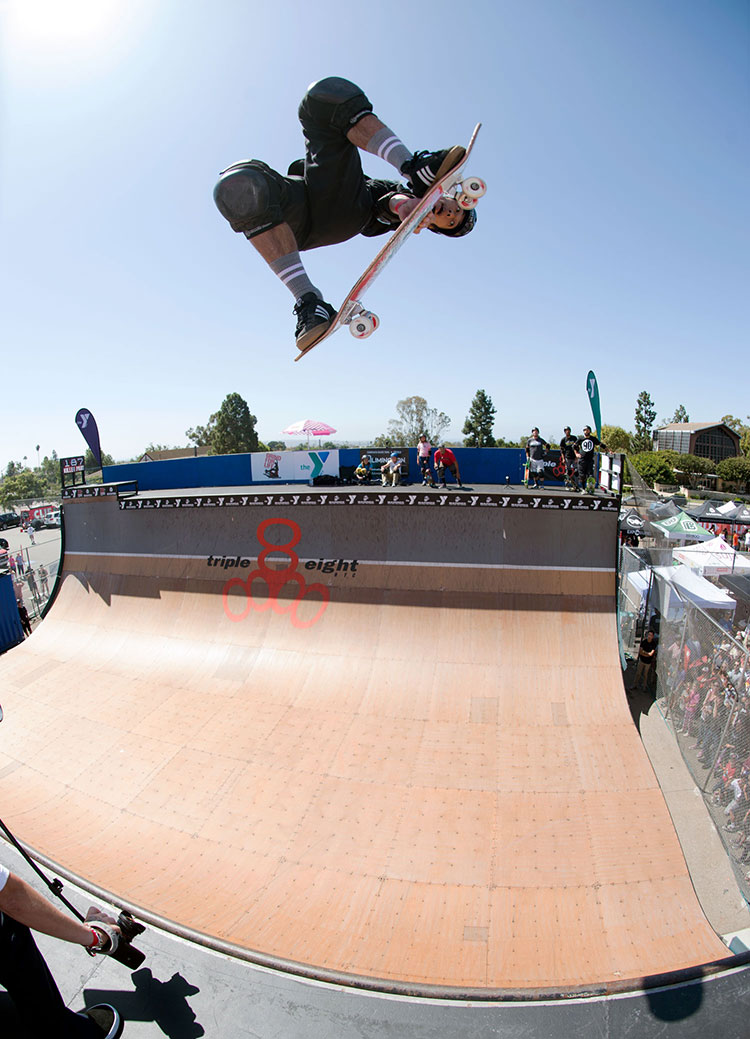 Moto Shibata made it all the way from Japan, stylish lien air 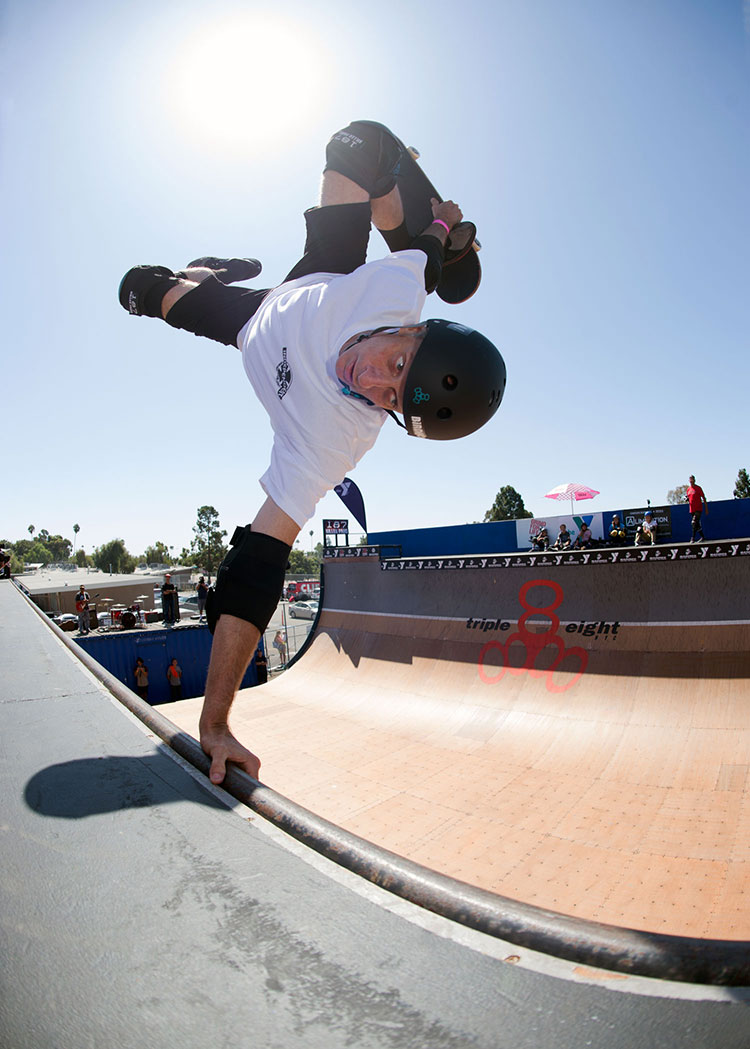 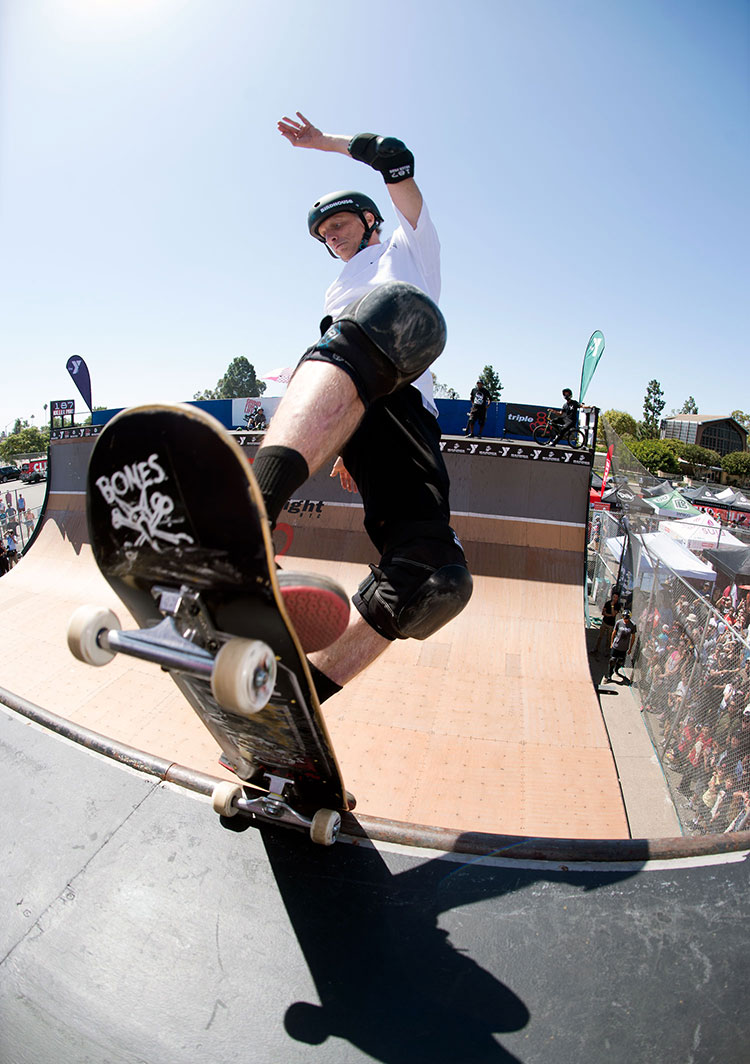 Tony’s got front blunts on lock, but you already know this 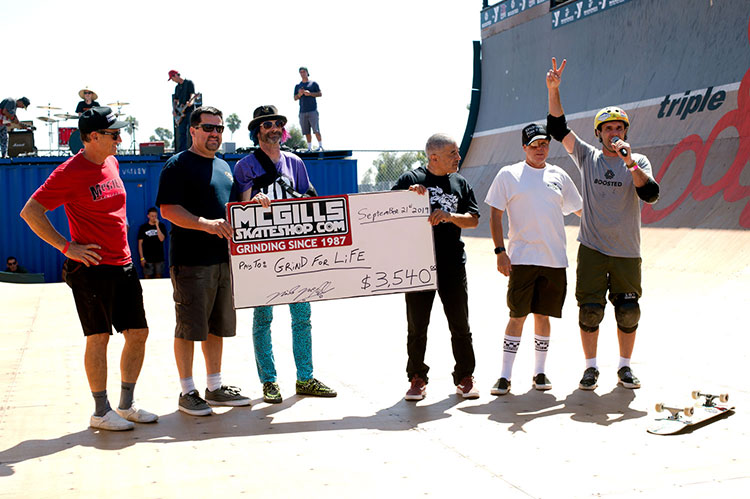 Mike McGill with a nice donation from his skateshop 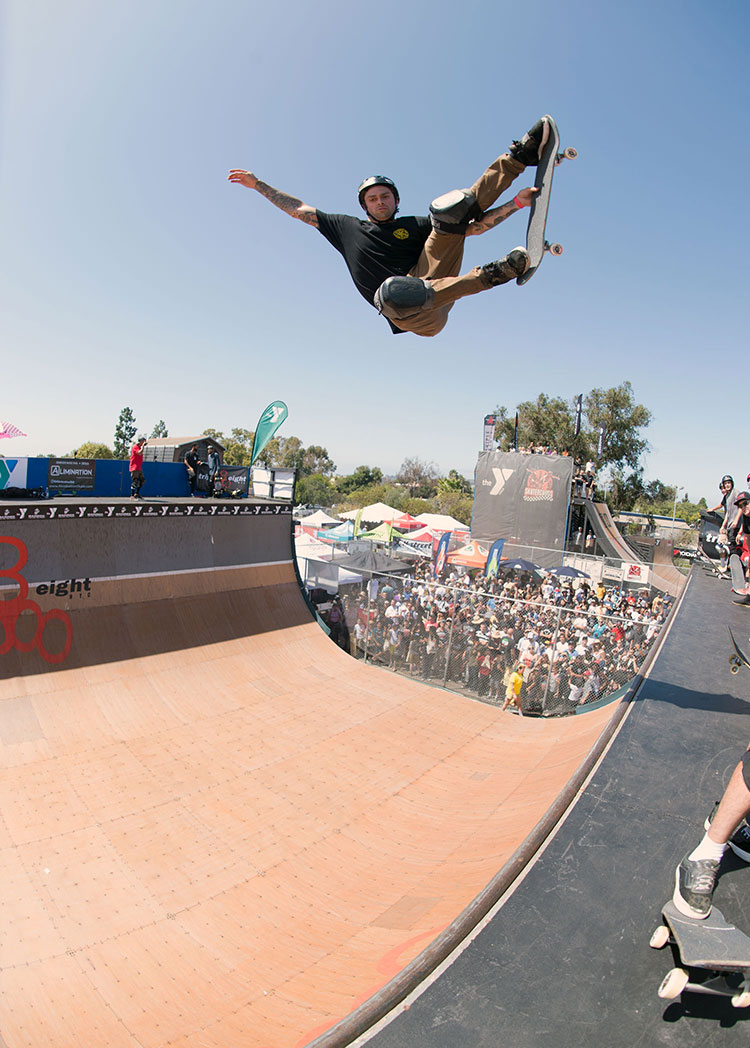 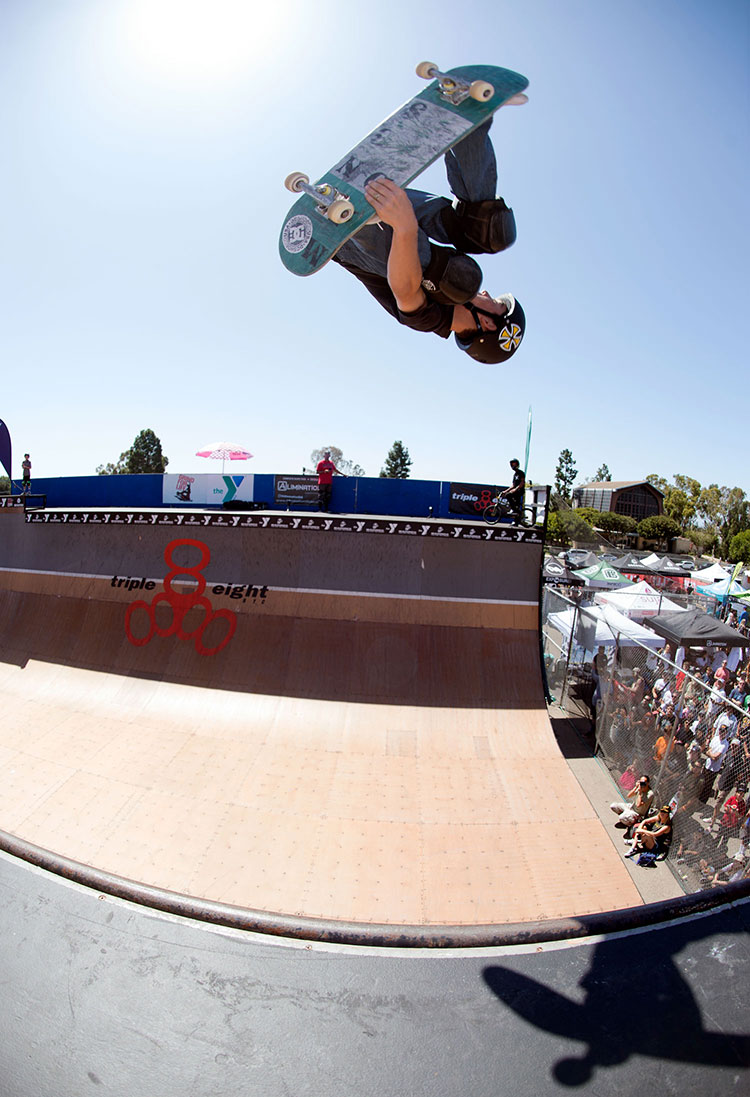 Young gun Toby Ryan Koala spins one up for the crowd 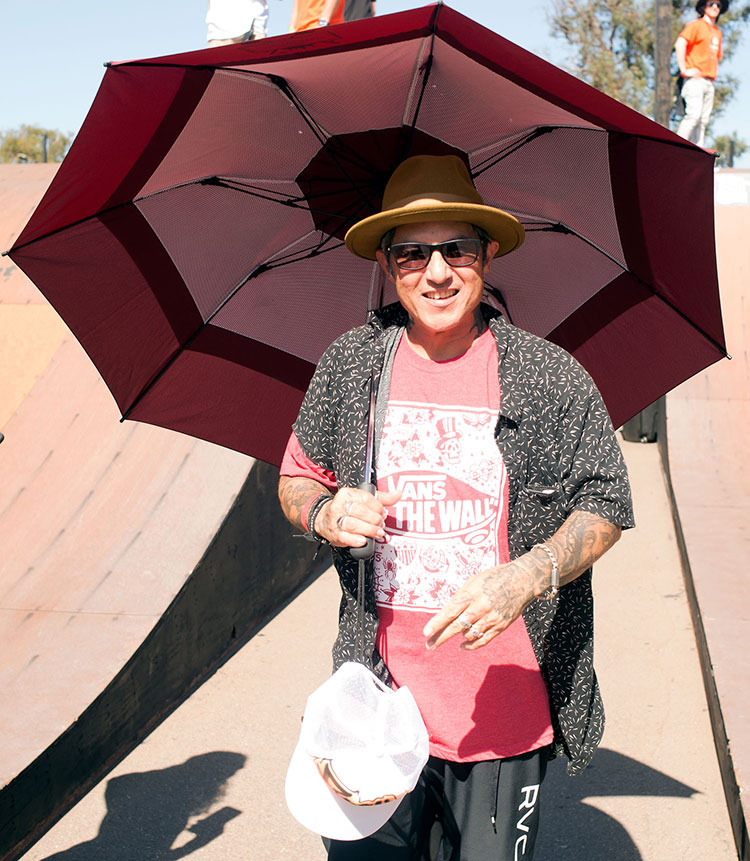 Christian Hosoi with some portable shade 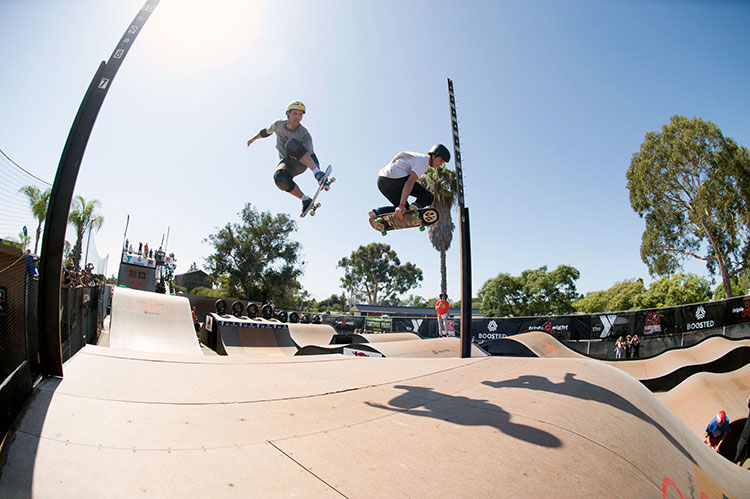 The final Skatercross race—Andy Mac against Jeromy Green. Who will win? 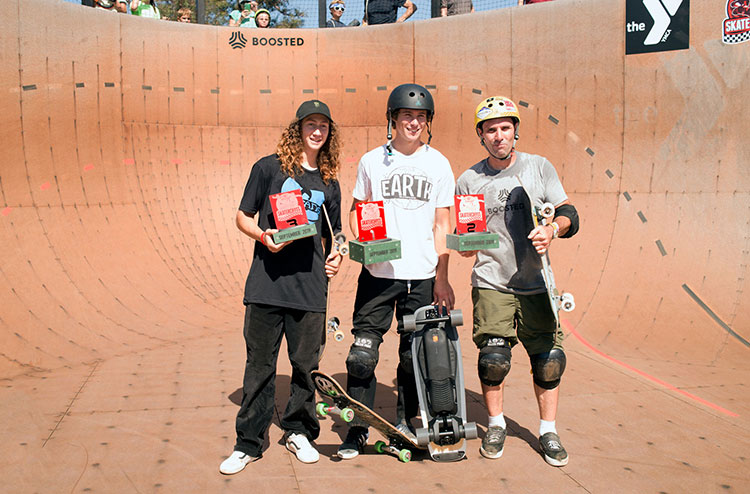 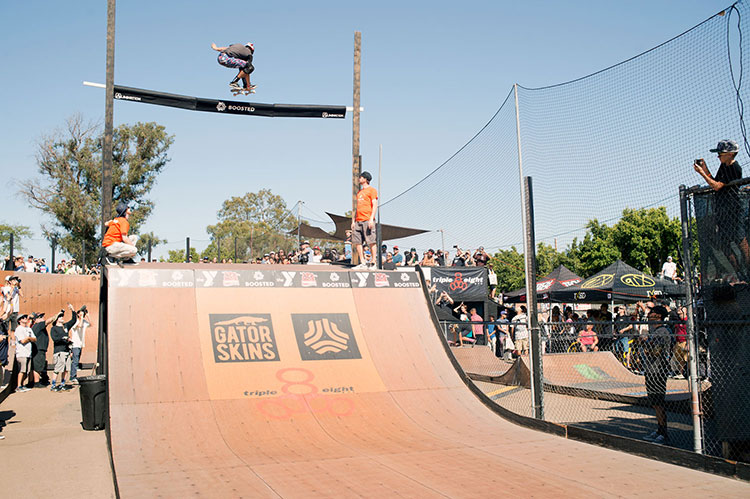 Over to the high air contest—Beaver Fleming made it to 11.5 feet 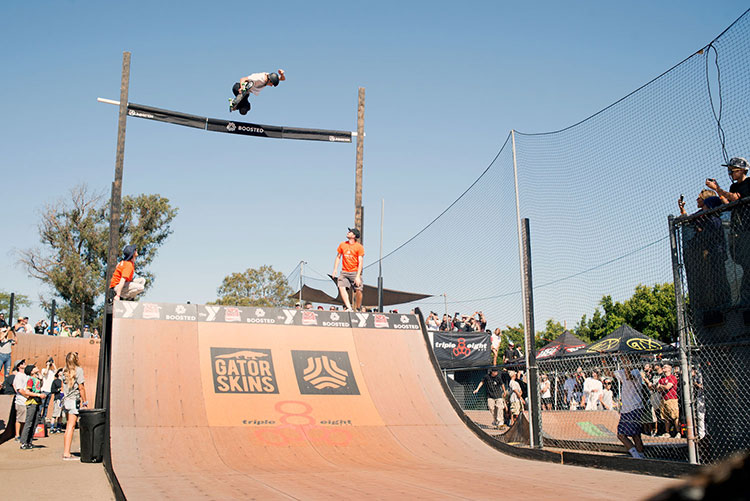 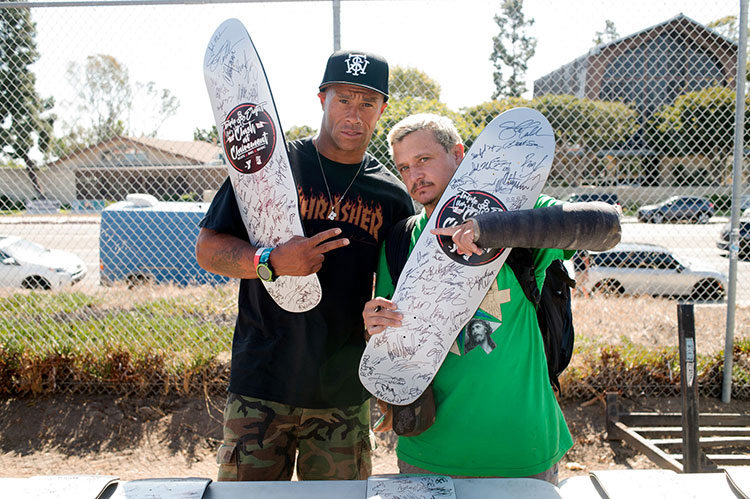 Sean Sheffey and Jake Brown in the house 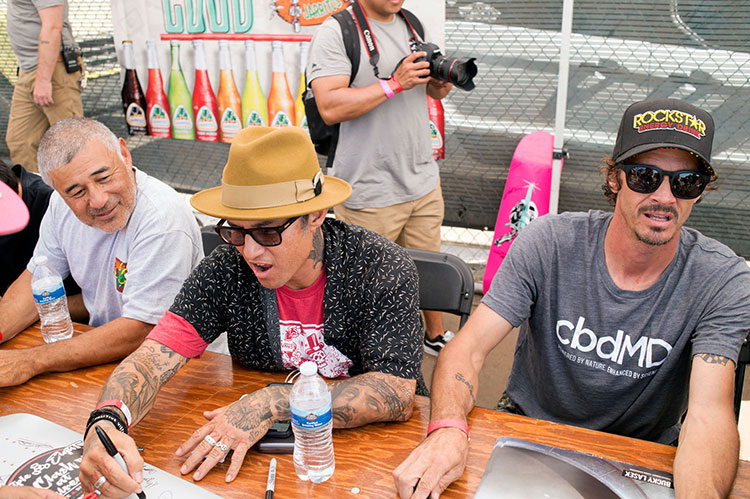 Cab, Hosoi and Bucky signing autographs for the fans 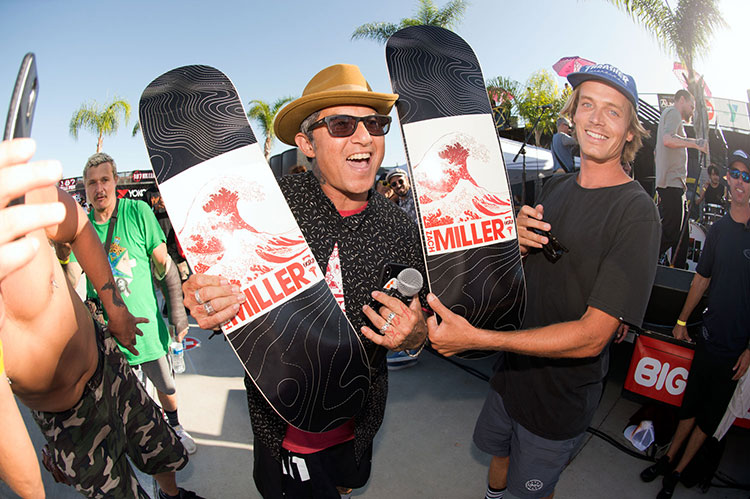 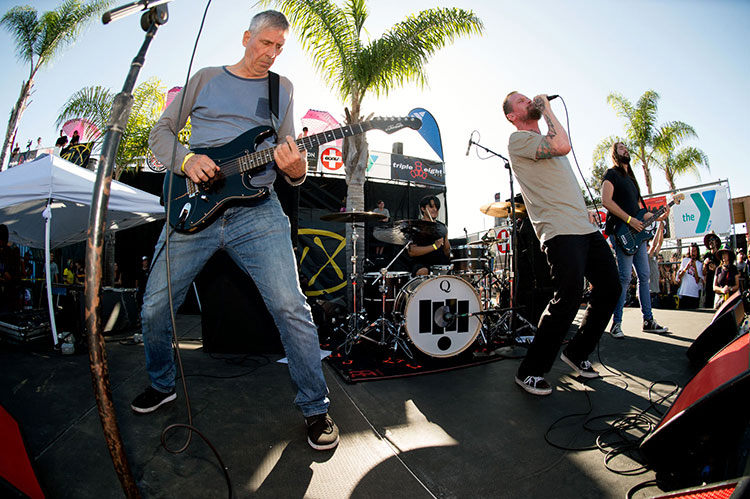 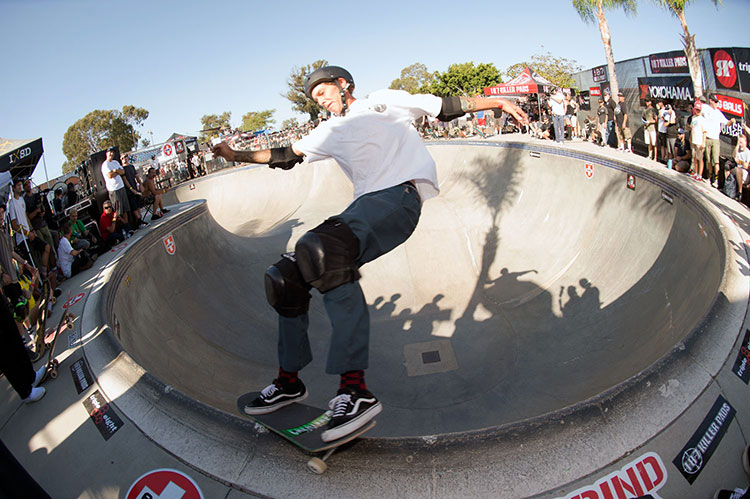 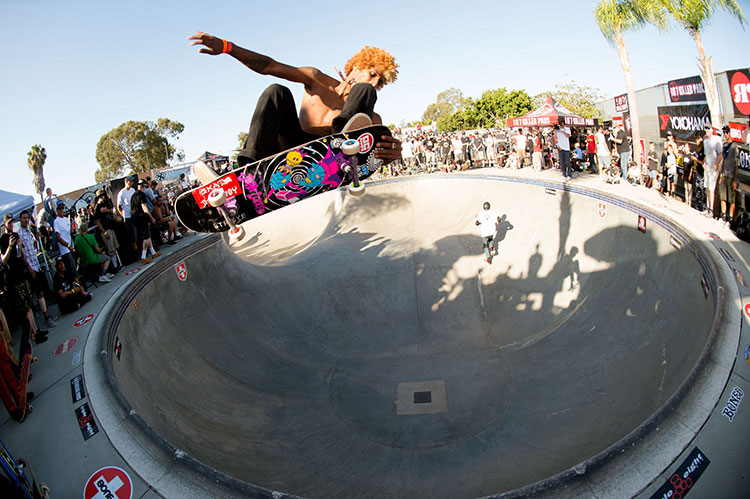 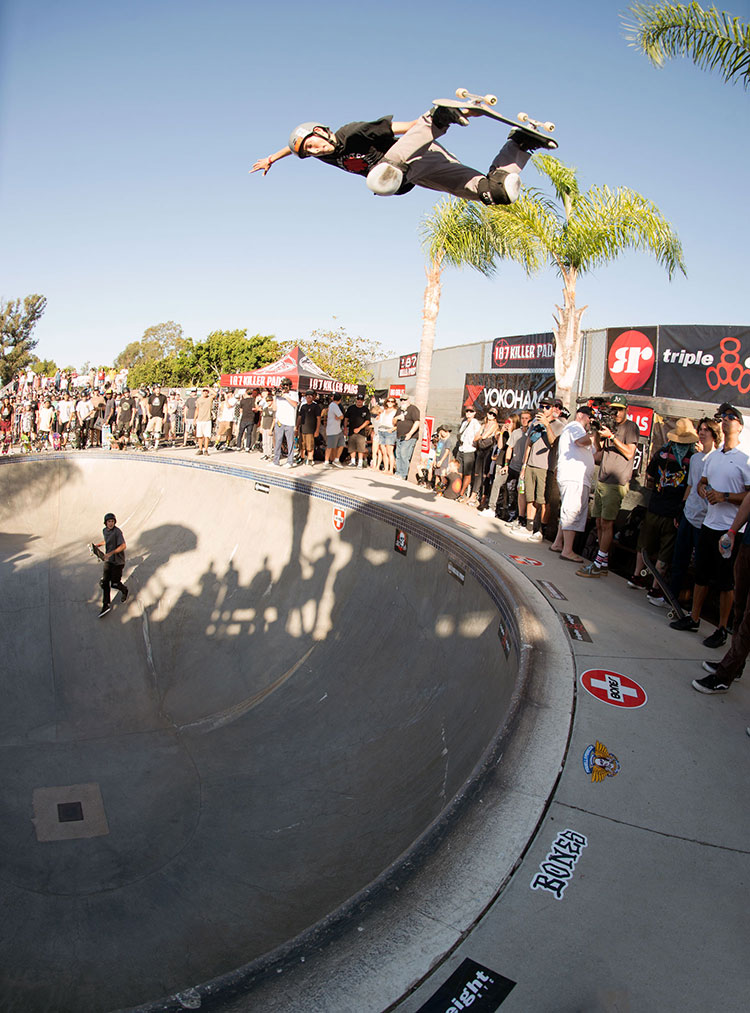 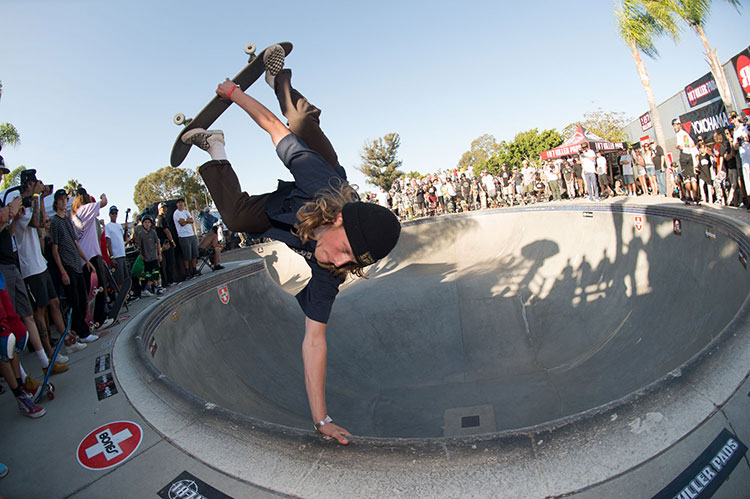 Bryson Farrill with a Good Buddy 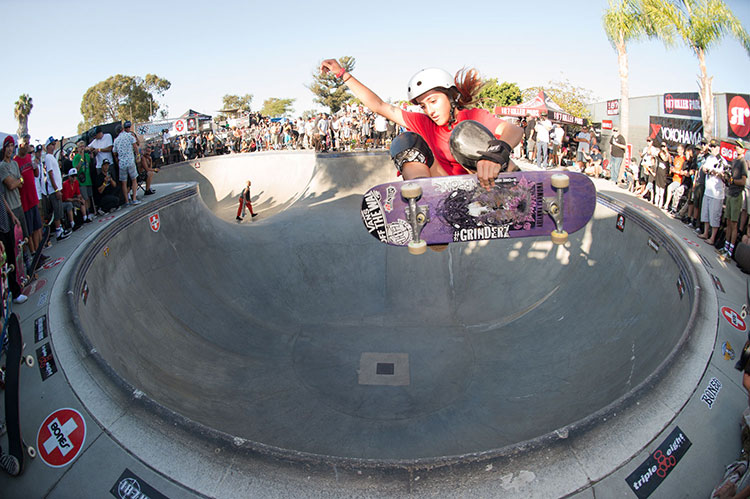 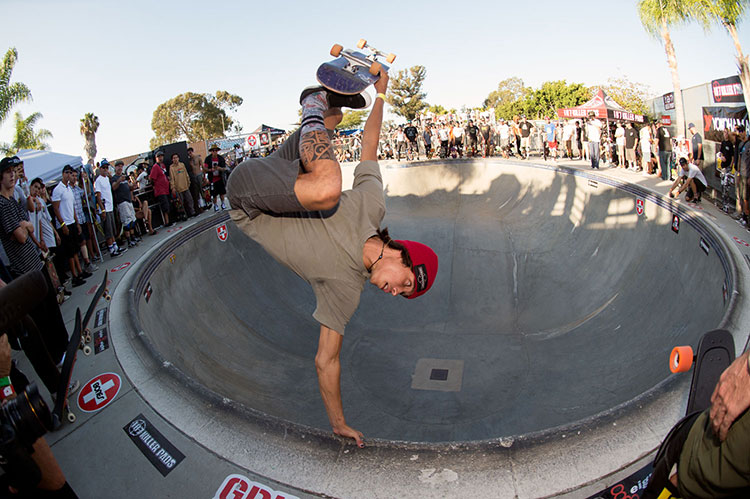 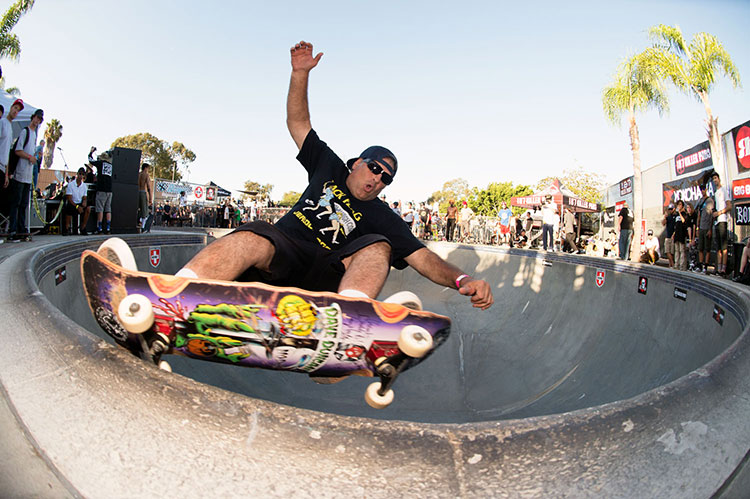 Dave Duncan dropped the mic and laid down some grinds 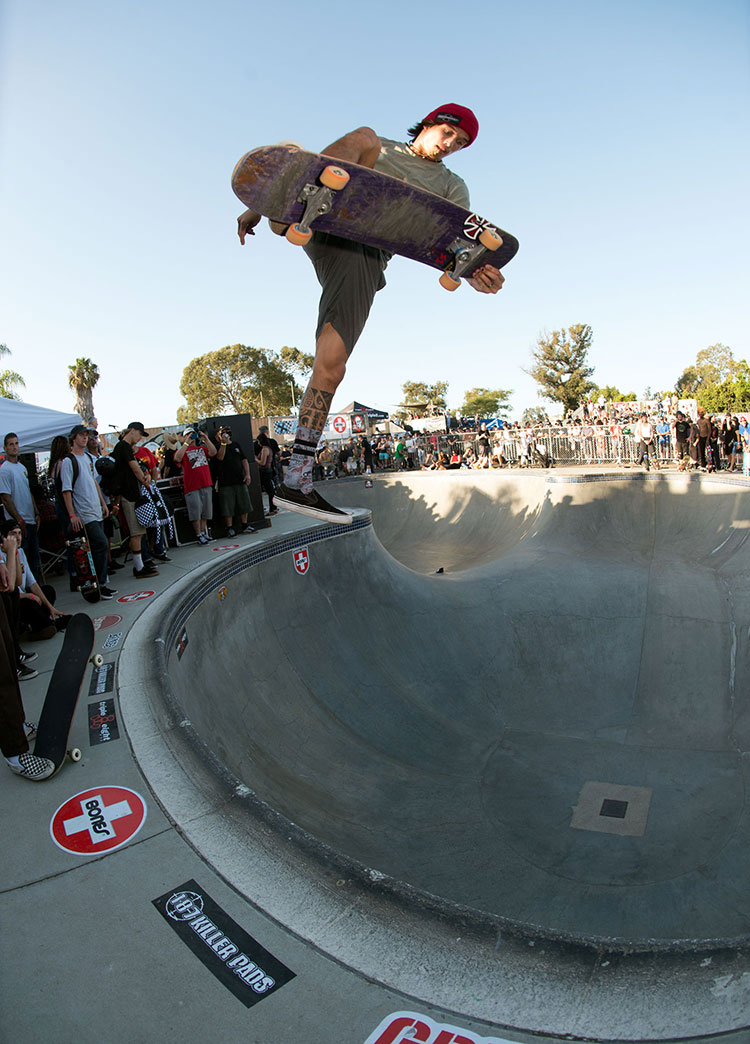 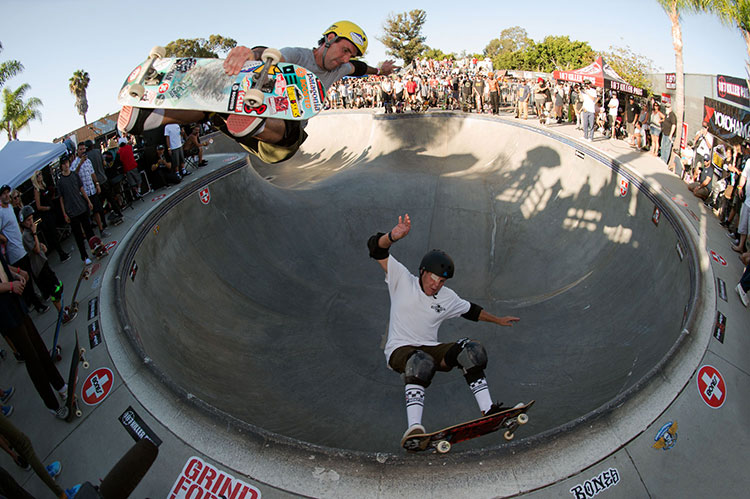 Doubles is always a crowd favorite, Andy Mac over Grind For Life’s Mike Rogers. Good time for a good cause, can’t beat that. See you next year!
© 1981–2023 High Speed Productions, Inc.