Converse premiered their first full-length video, Purple, last night. They decided to break the obligatory status-quo of premiering their video at a huge Los Angeles theatre and opted for a more intimate venue in the East Village of New York City. It was a beautiful night with hungry eyes ready to feast upon the video featuring the likes of Louie Lopez, Sean Pablo, Jason Jessee and many more. For those of you who were not fortunate enough to catch the premiere, we had Mac Shafer cover the event with all of your favorite skaters. Also, when you get a chance to watch the video, remember this: Jake Johnson. —Lui Elliott

Photos and captions by Mac Shariff 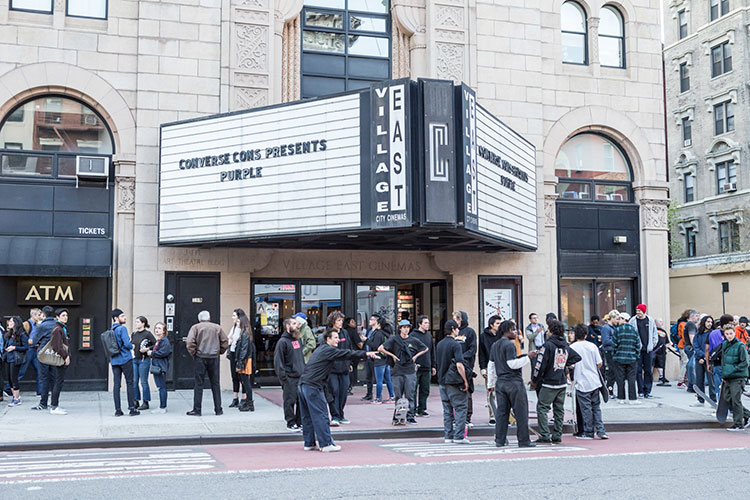 Who says skaters are always late? The crowd gathered early for this one 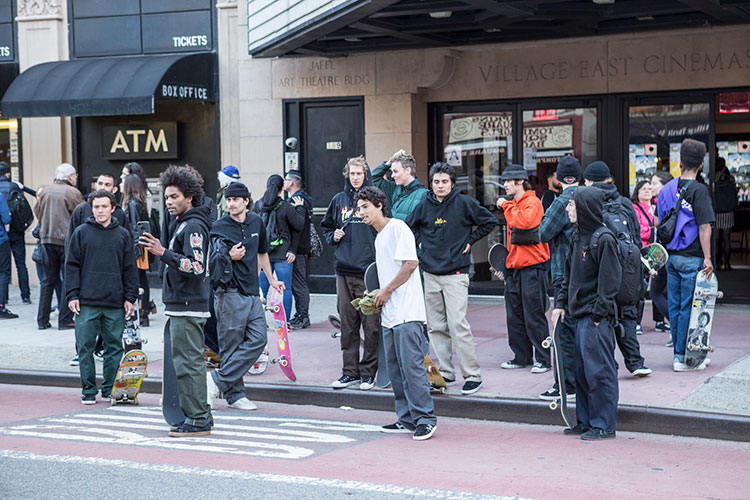 Always something to see on the streets of NYC 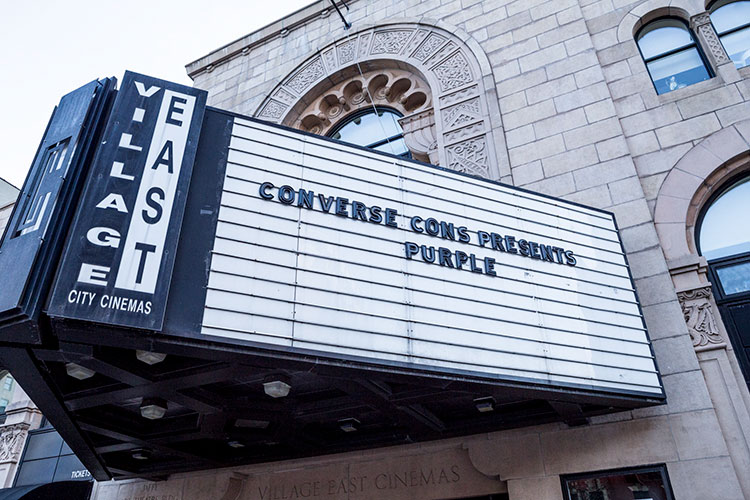 What we’ve all been waiting for 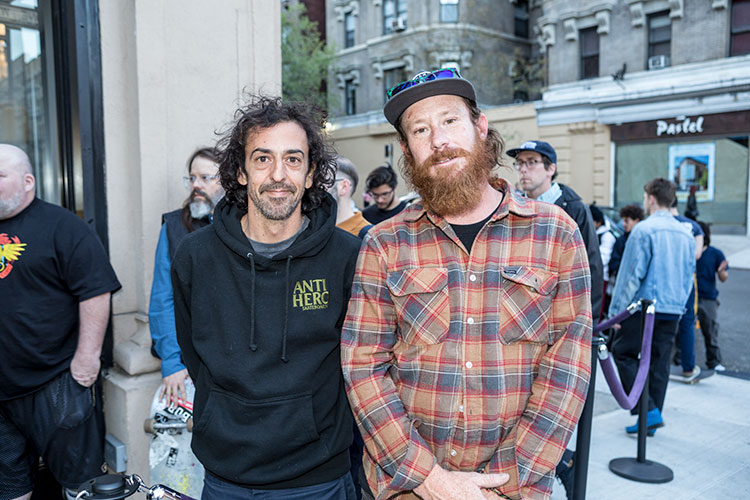 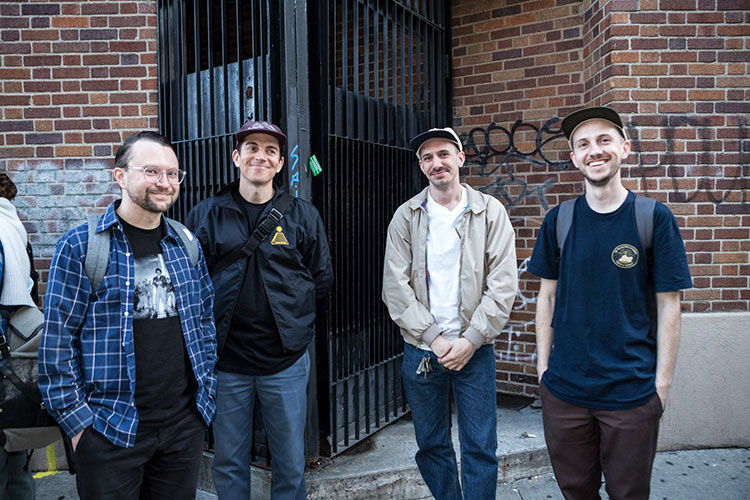 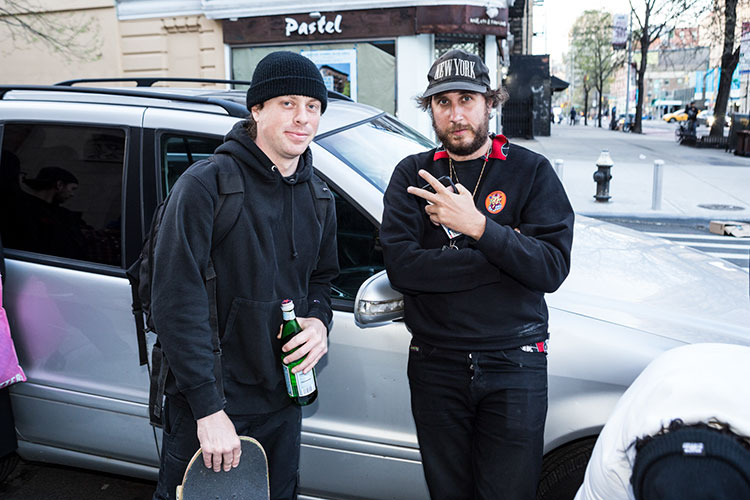 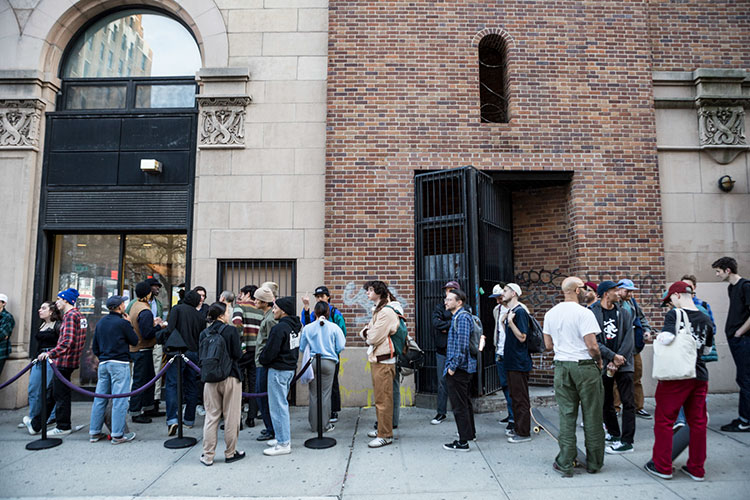 The line stacked up quick! 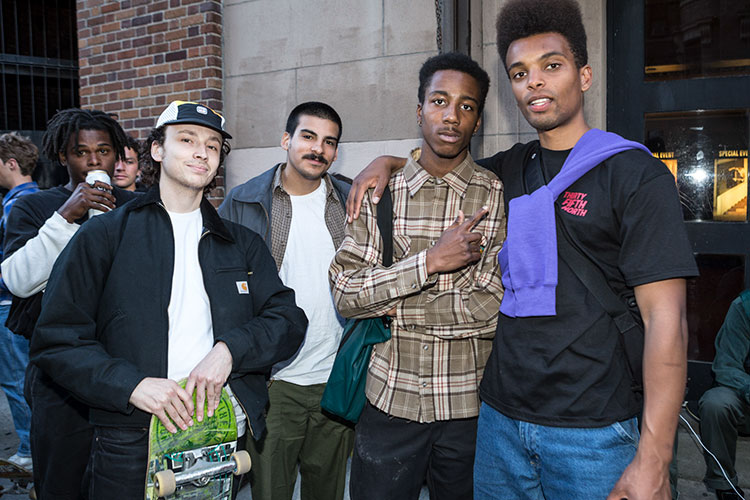 Everyone was stoked to see the vid 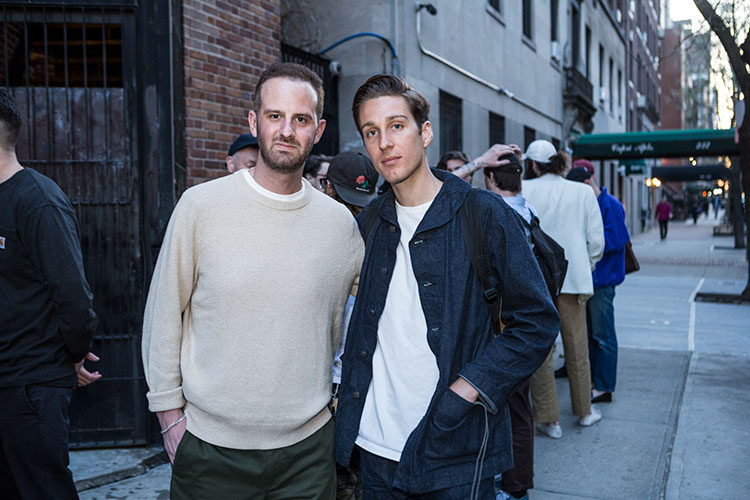 Mark and Mark (Goldman and Suciu) 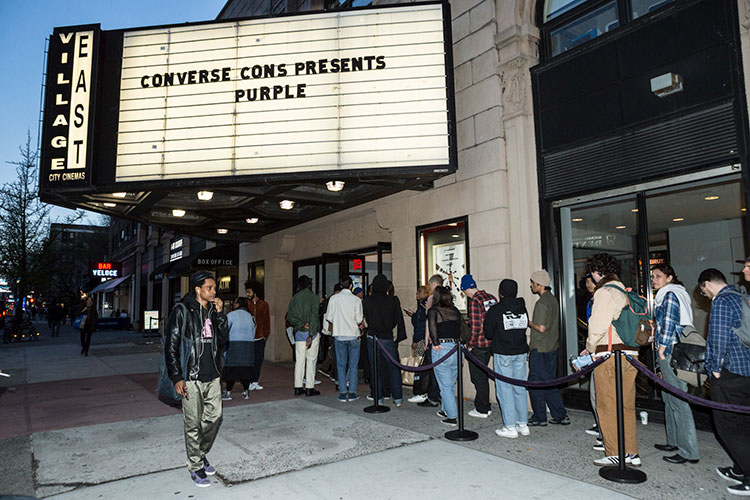 “Do you think there are any tickets left?” 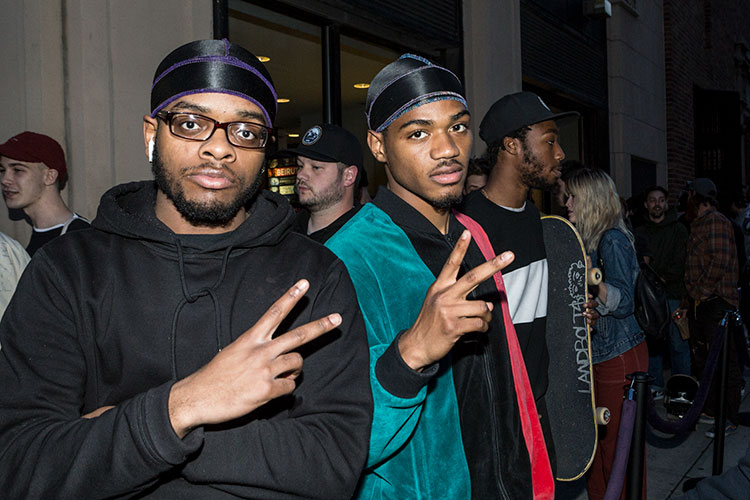 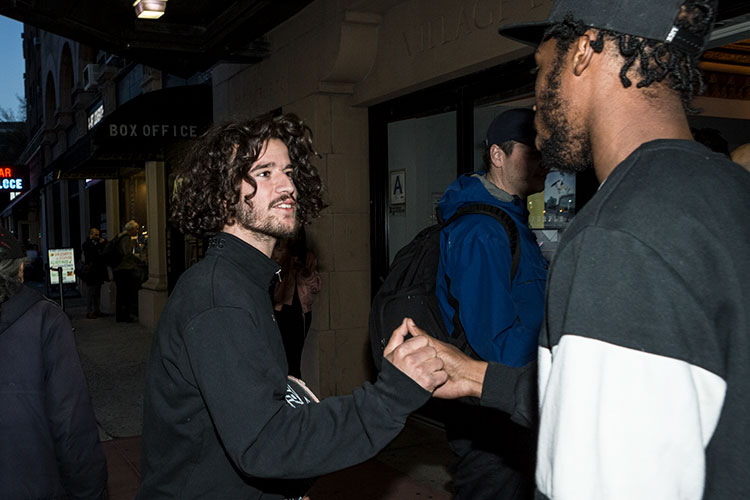 Antonio’s here. Good vibes all around 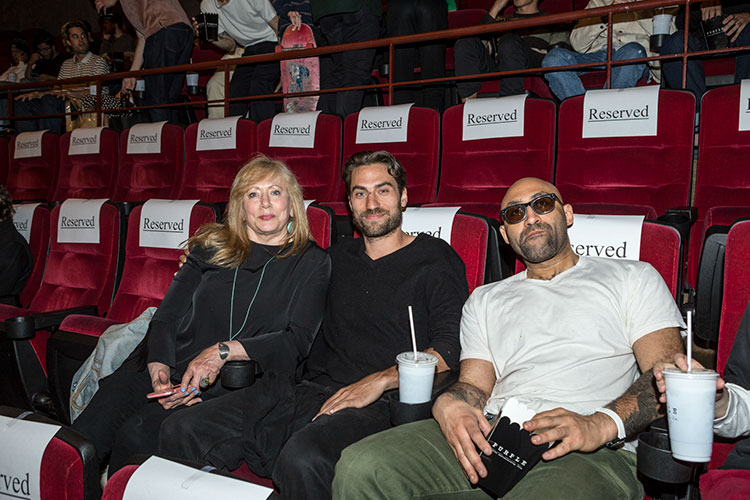 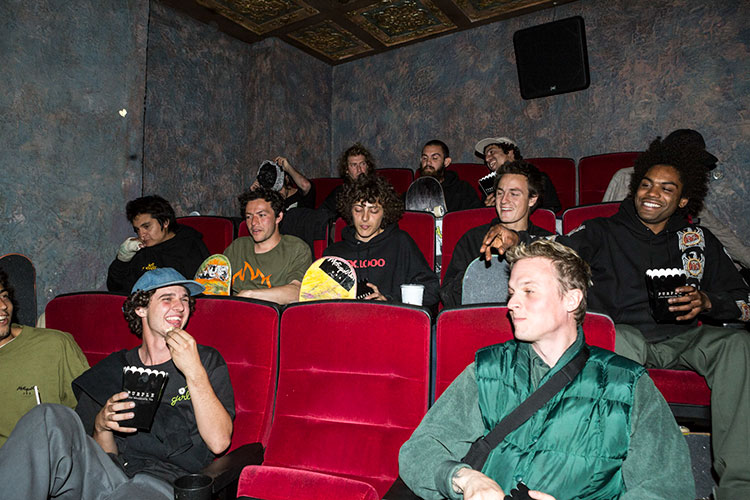 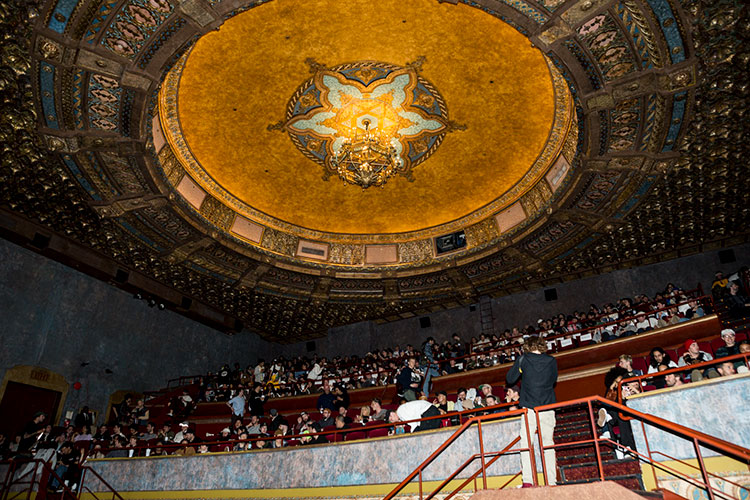 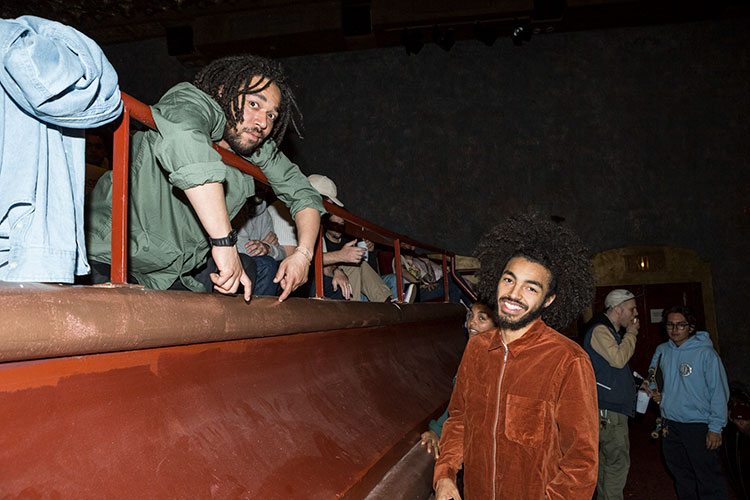 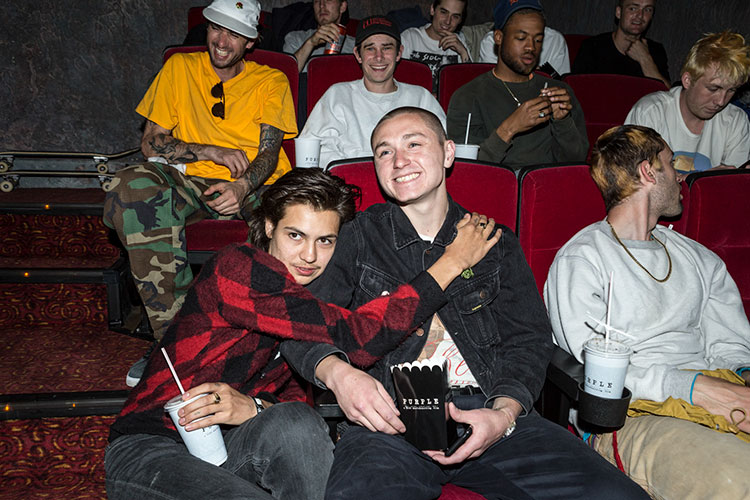 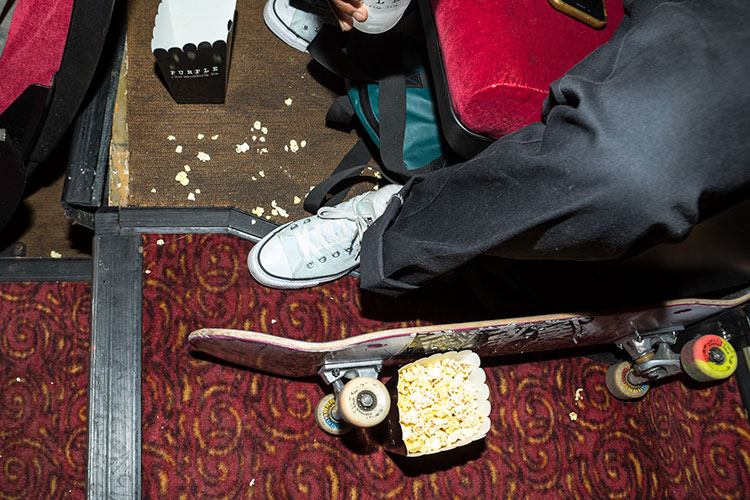 Pretty much sums it up 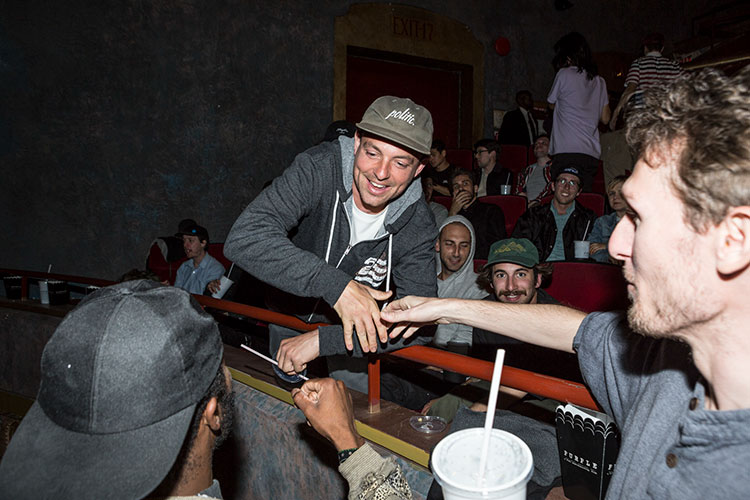 Happy birthday, Caddo. Not a bad way to celebrate 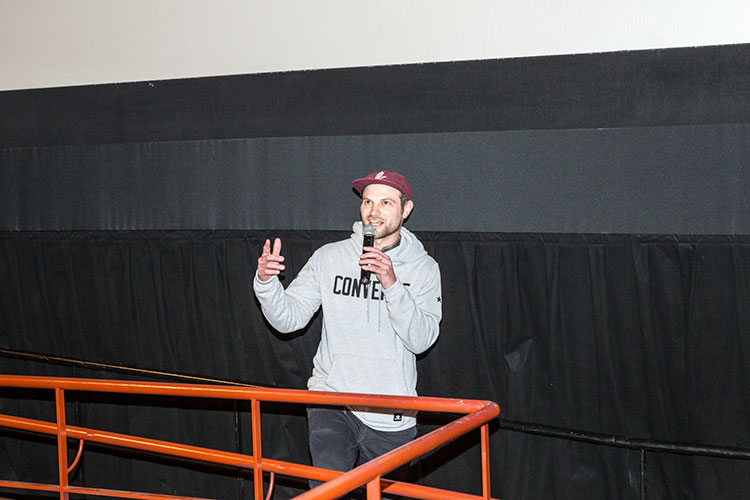 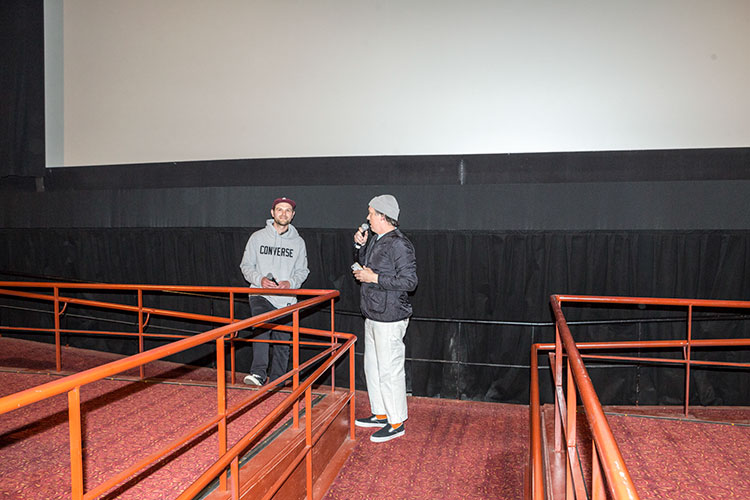 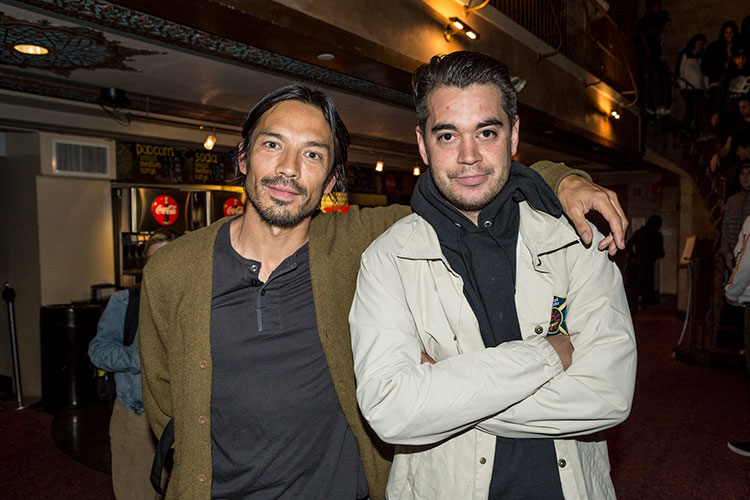 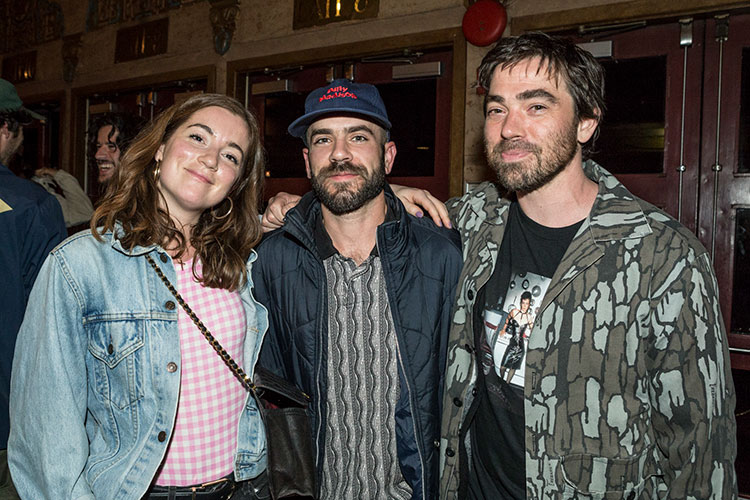 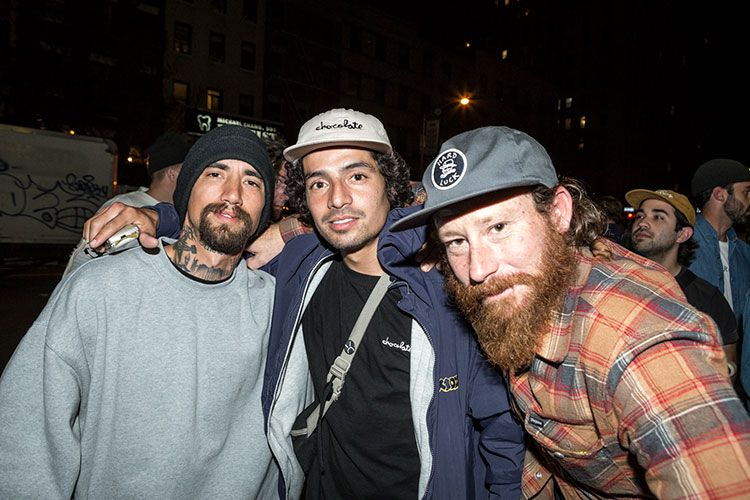 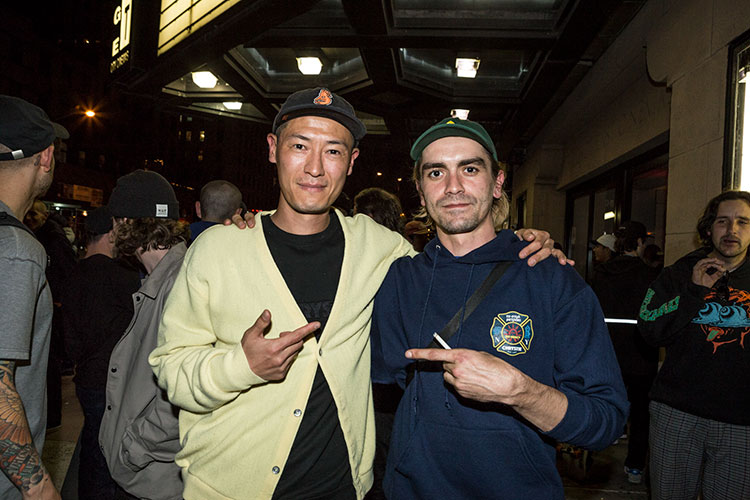 Pep Kim and Aaron Herrington taking on the NYC crust 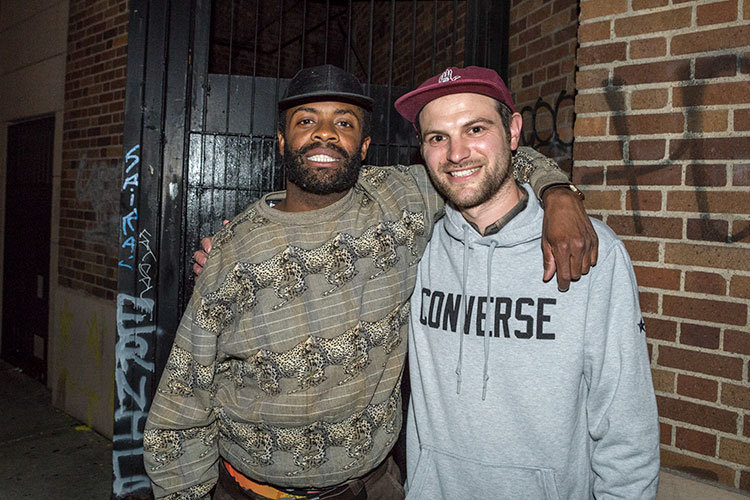 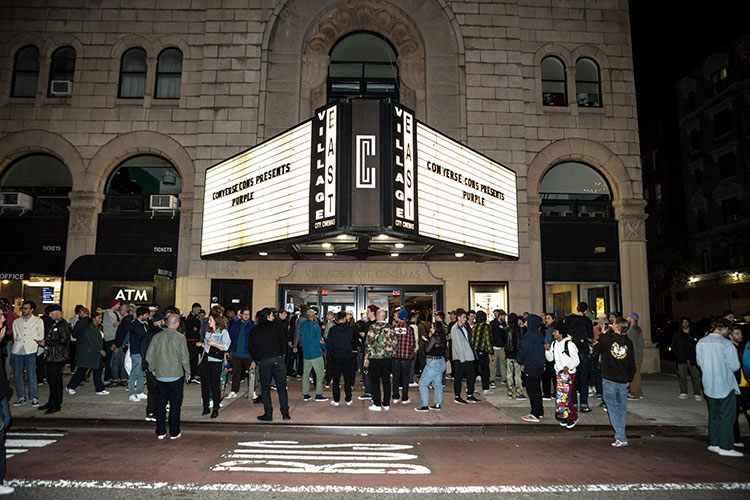 Big ups to the Village East Cinema for having us 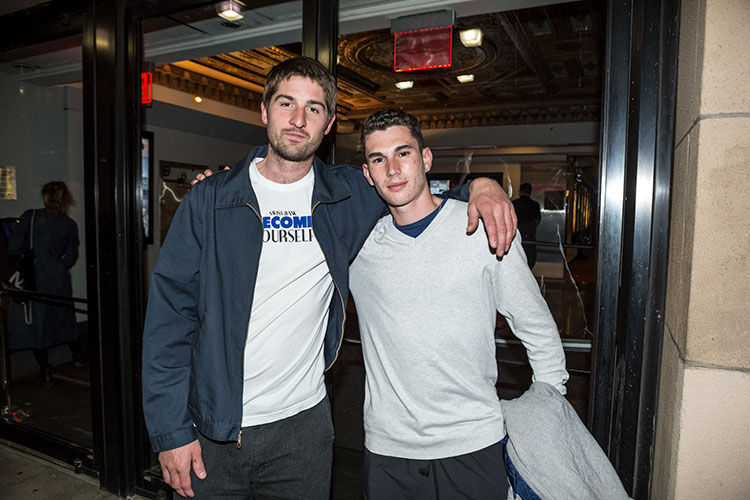 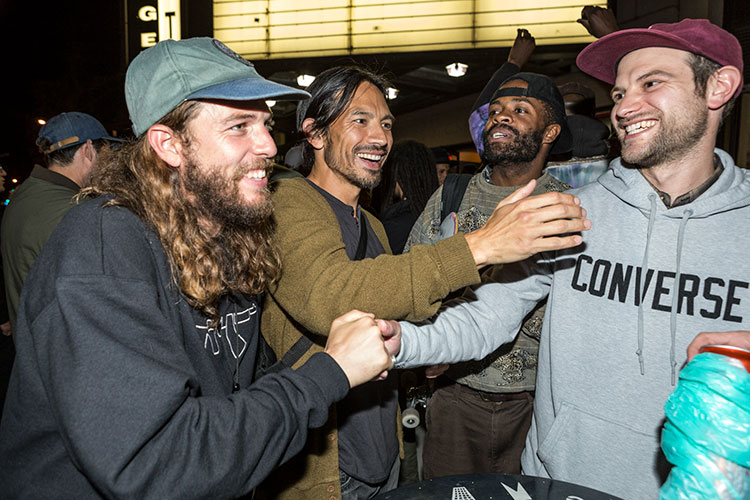 Props all around! Al, Dela, Kenny, Lee, y’all killed it 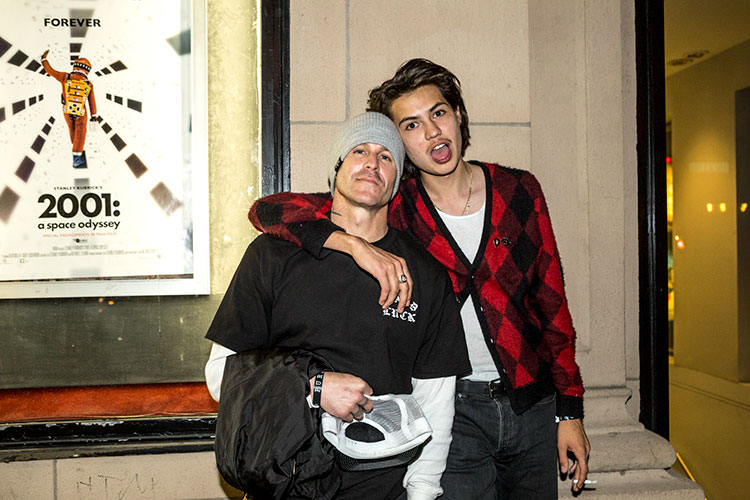 Well done, guys! Check out Purple on thrashermagazine.com on May 7th. It will only be on the site for 72 hours, so don’t sleep on it!