DC just released a collaboration for T-Funk's pro shoe wih LA tattoo artist Tati Compton. To celebrate the release, DC hosted Tati’s first ever art show this past weekend at These Days in downtown Los Angeles. The skate community was there to devoure the beer supply while local celebs, including Andy Dick, lurked. The rest of the crowd took advantage of free hand-poked tattoos by the artist of honor herself Tati. When you're done seeing who was bold and brave enough to get down for life, go cop the shoe before they’re all gone! —Jimmy Astleford 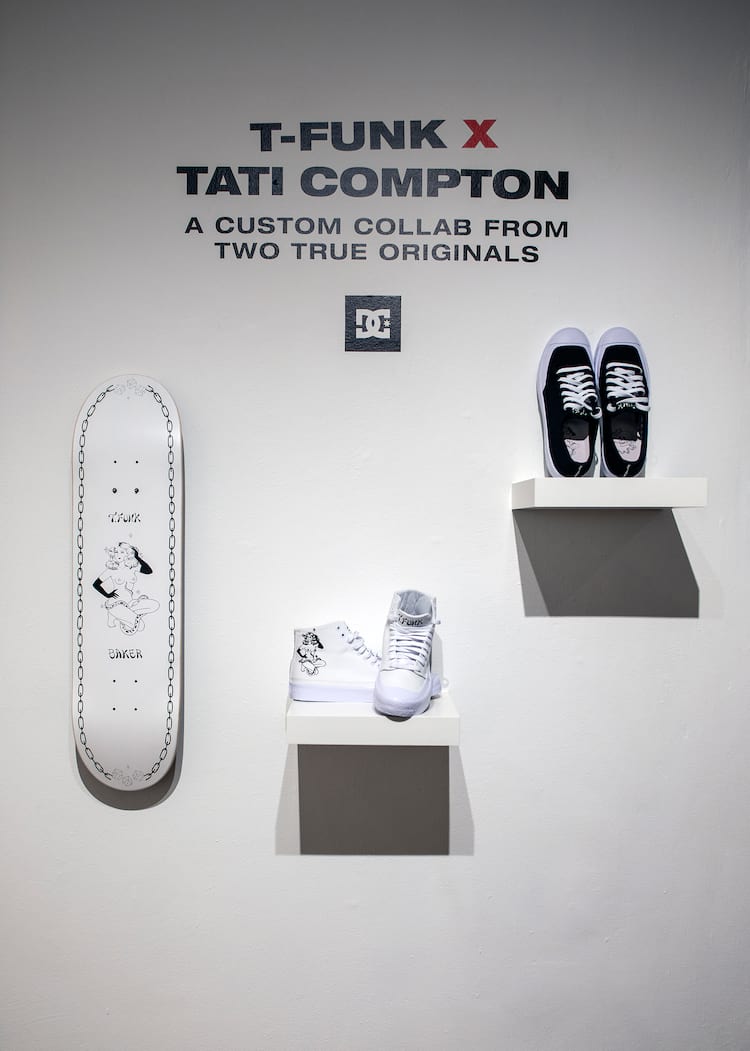 Mandatory product display to start the night off right? Check! 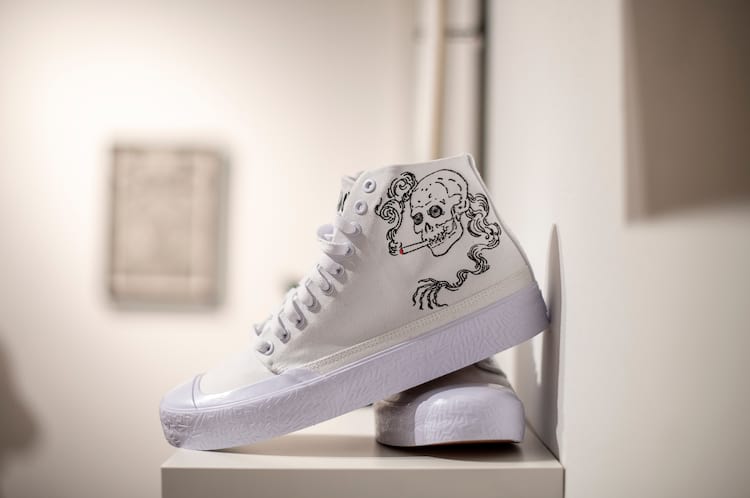 Spicy embroidery by none other than Tatiana Kartomten (aka Tati Compton) 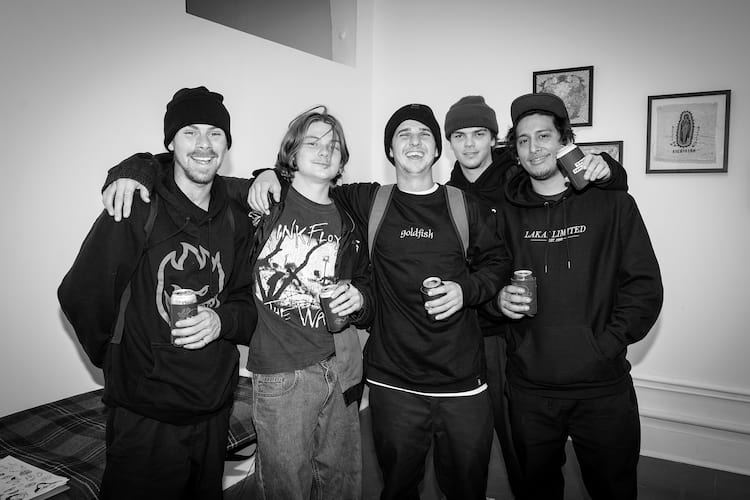 T-Funk, Manchild and the squad keep it cool with the coozies 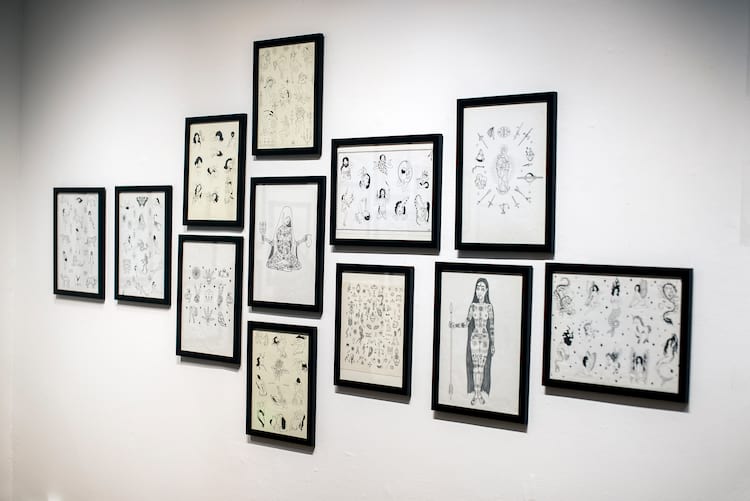 The walls were full of Tati’s flash art... 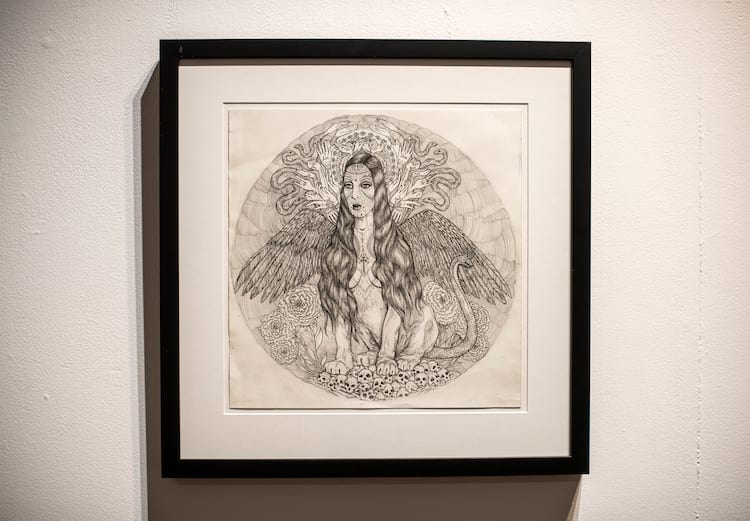 Along with extremely detailed graphite illustrations... 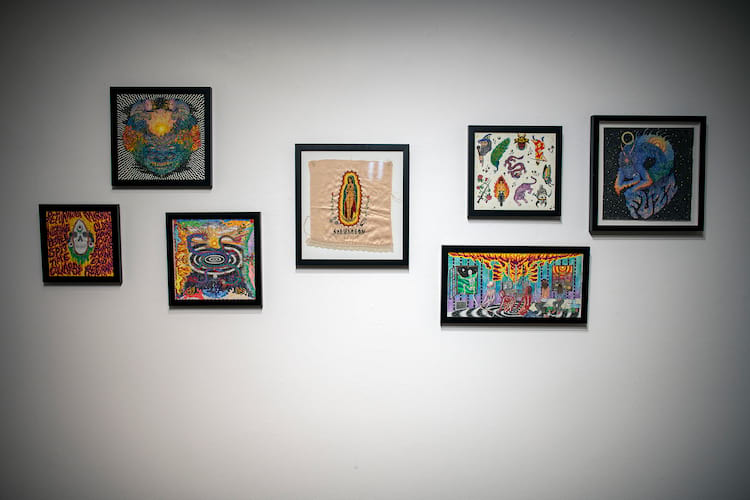 And watercolor pieces that were somehow even more detailed 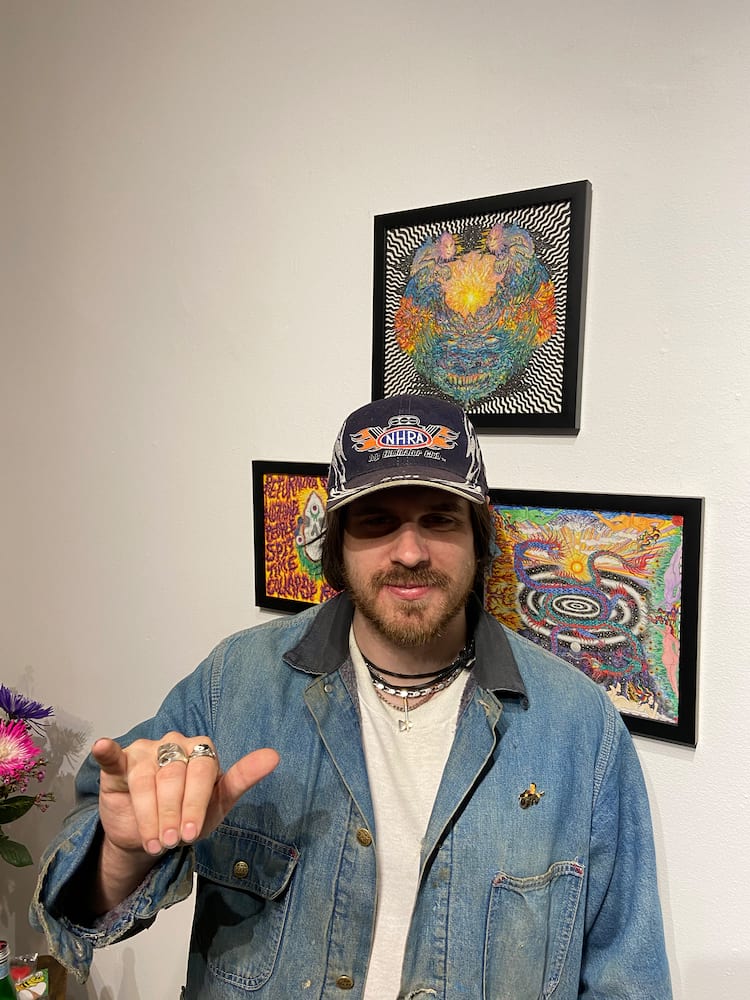 Chad from Meatbodies in front of the original cover art from their first album. Tati does it all 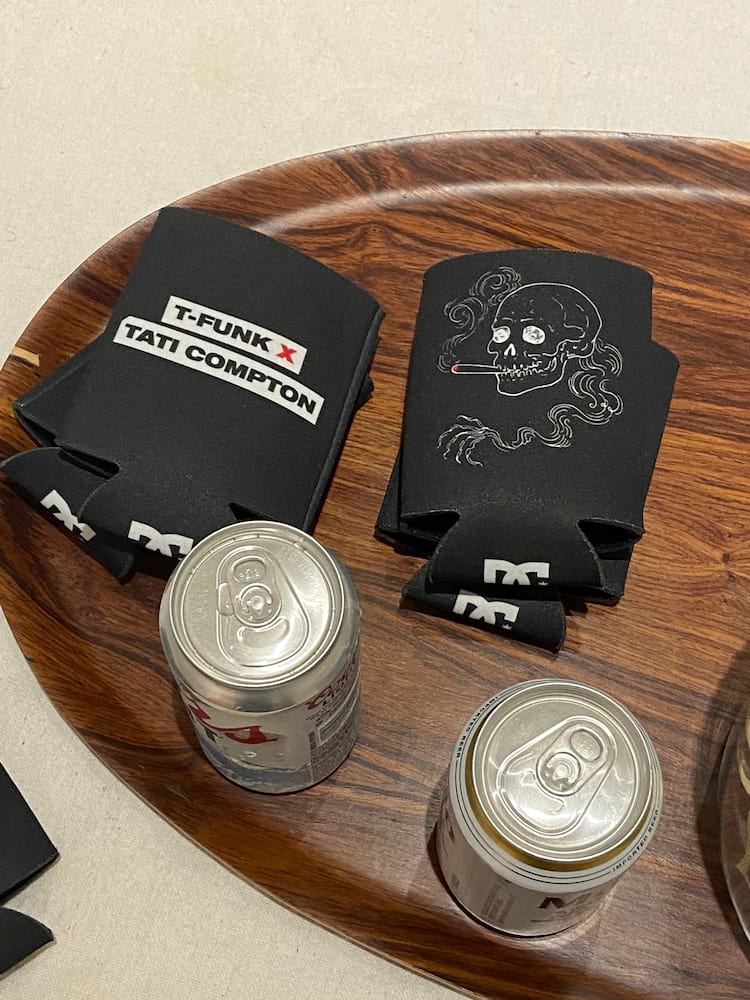 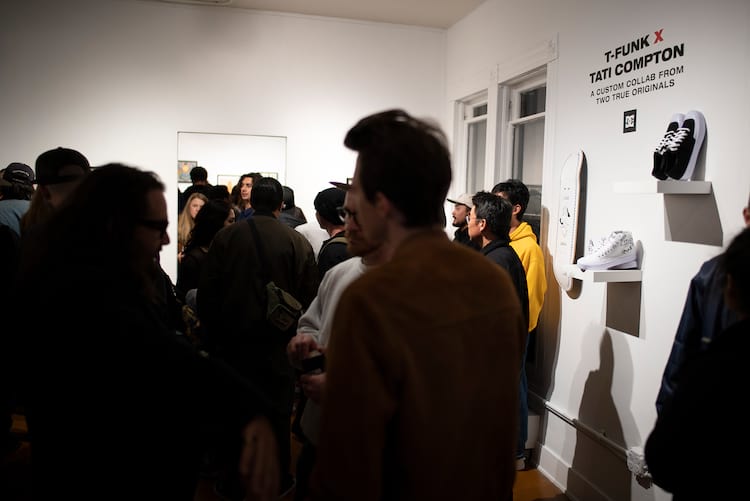 And the the mandatory crowd shot? Check! 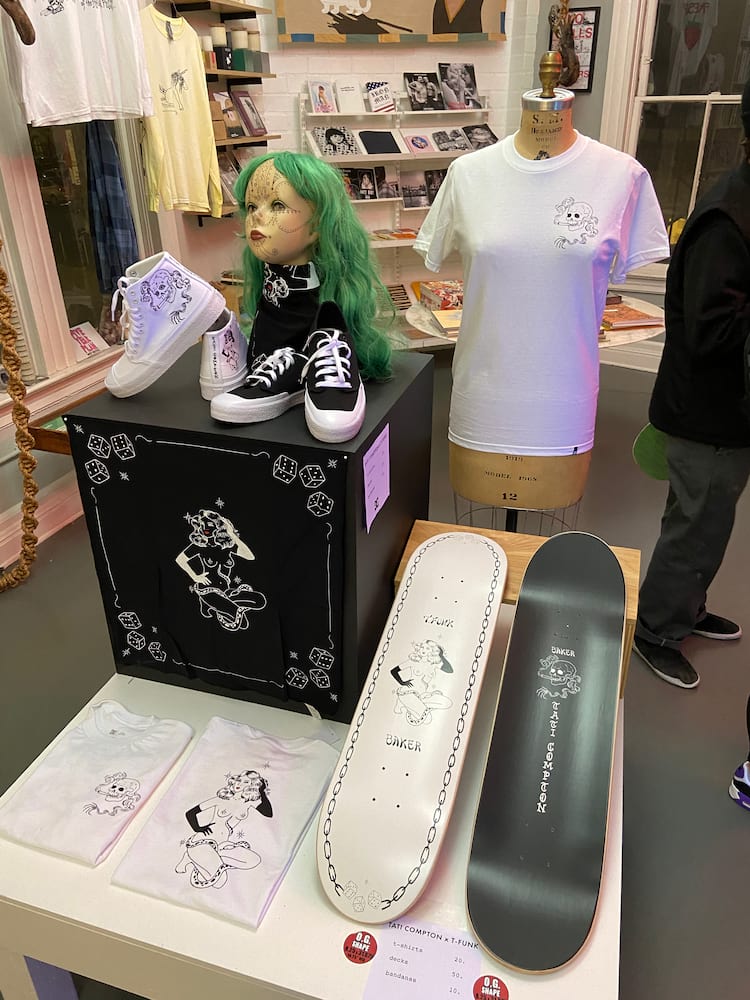 The souvenir stand was stocked for the super fans in attendance 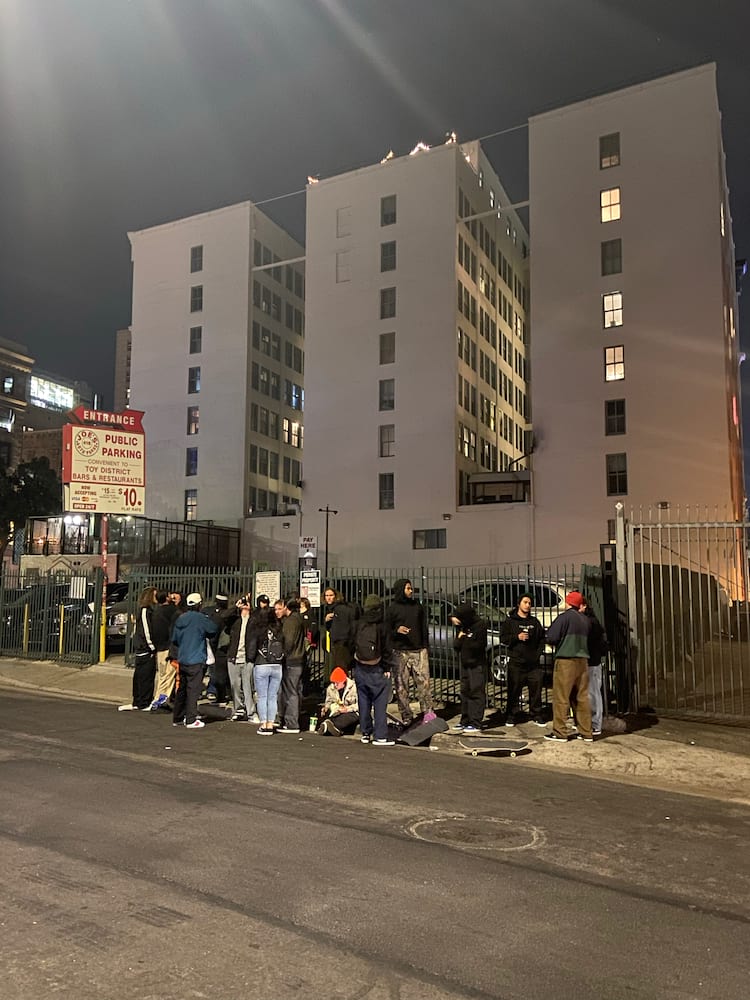 When T-Funk and friends are asked to smoke outside, they oblige 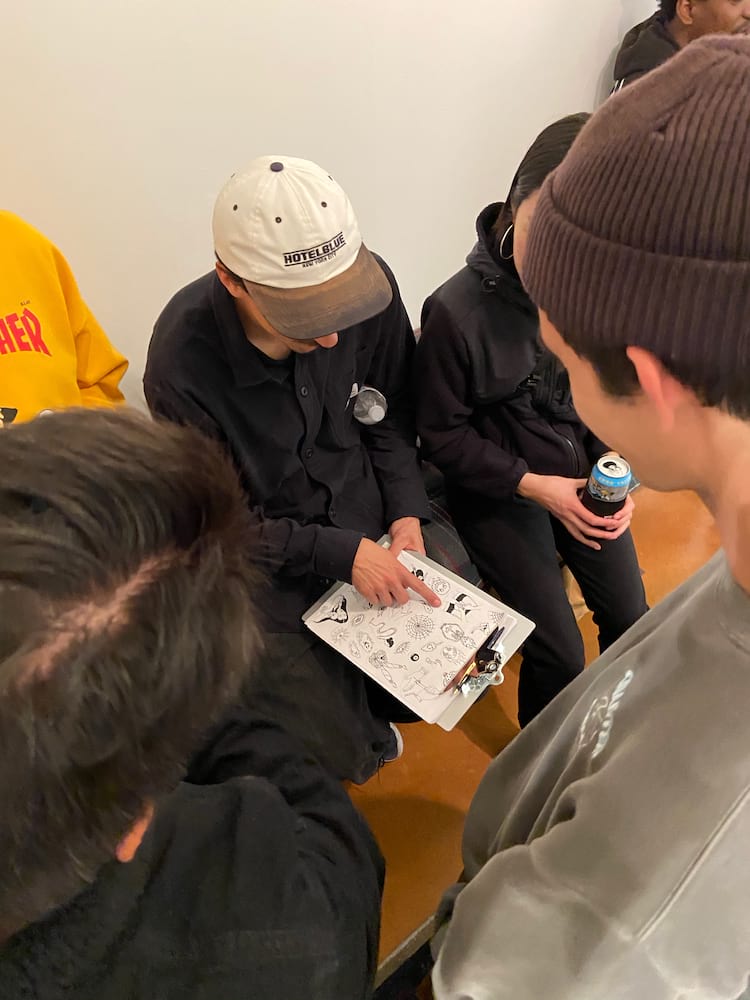 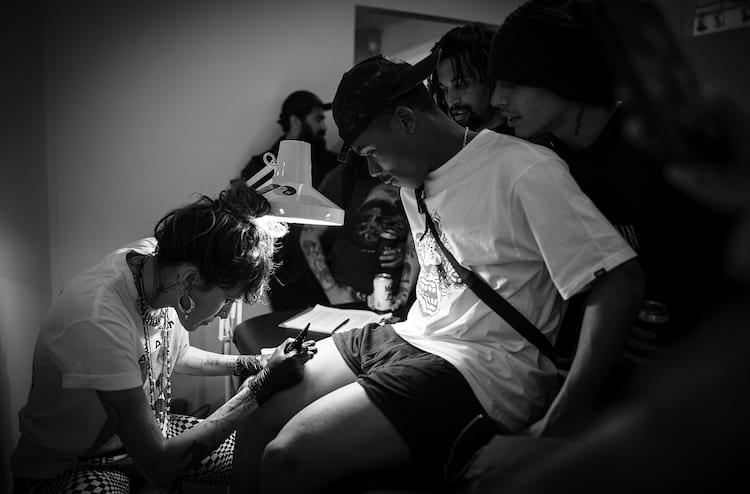 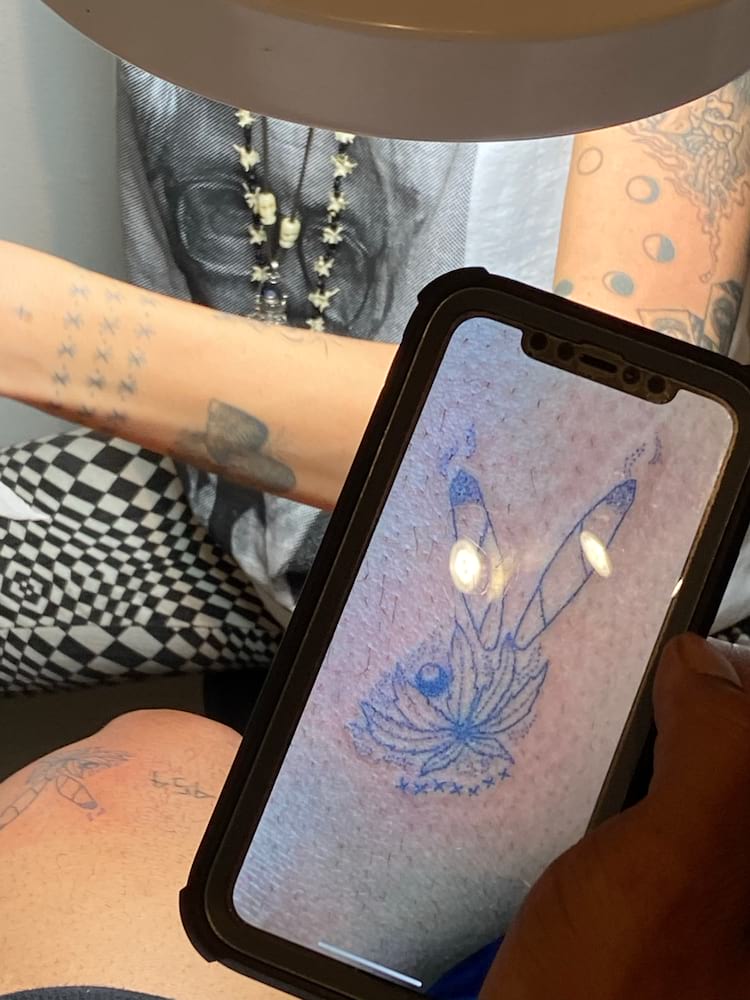 This one's definitely goin on the 'Gram 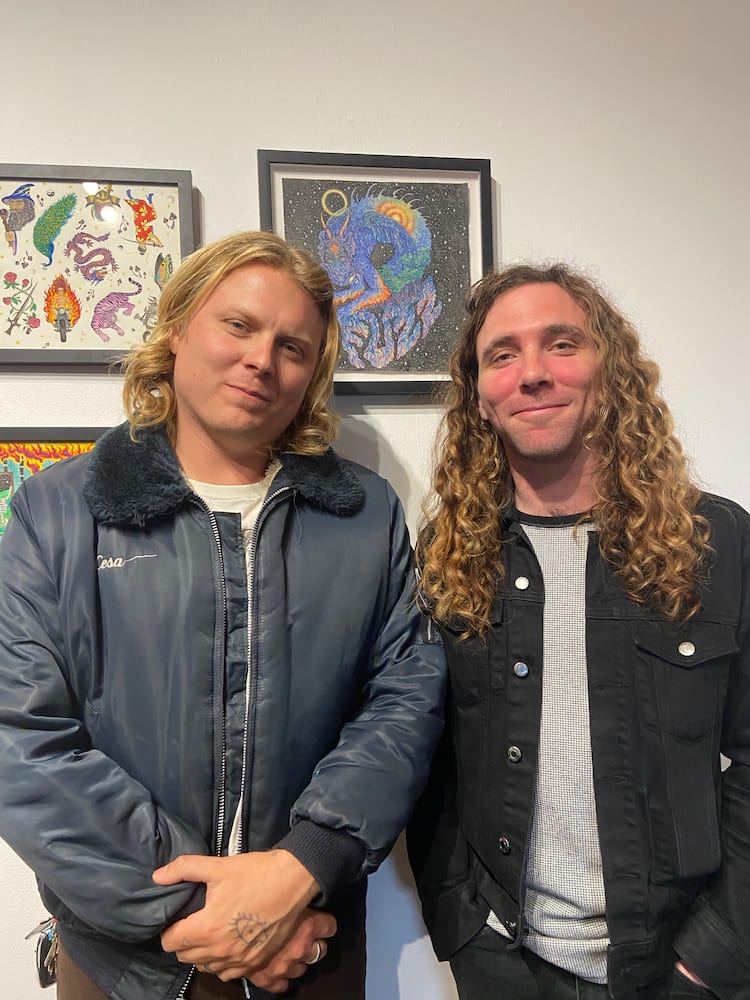 Ty Segall and Charles Moothart of Fuzz honoring Tati’s work on the cover of their debut album. That's two debut album covers, for those counting
Thank you, DC, for the having everyone out and keeping us in good spirits. We can't wait to rip the kicks!