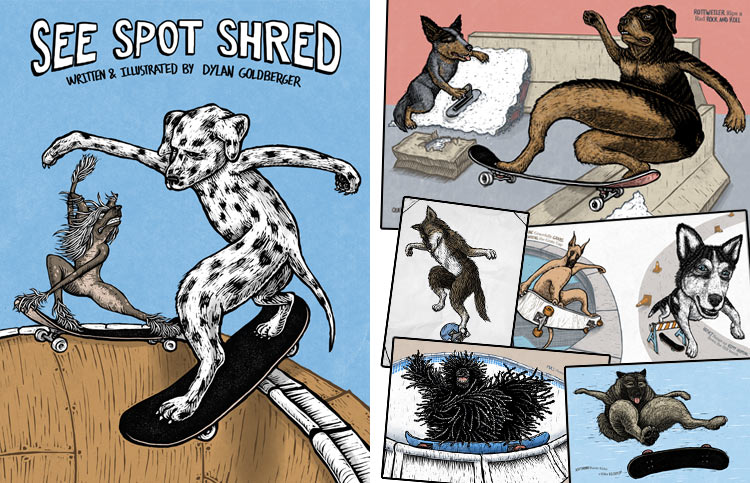 Thrasher’s Canvas section in the mag has featured some amazing artists over the years. Their talent just oozes onto the page. Over time, some artists seem to drop off radar but others keep charging forward. Ever since he was featured a year ago, we've seen Dylan Goldberger's efforts continue in print and online over and over. From concert posters to a Deathwish board graphic series, he keeps cranking out new stuff. His newest project is an illustrated children’s book with dogs skating. With a lesser-talented artist the concept might be corny, but this one is fun and ridiculous (in a good way). Dylan accurately captures the details that only an informed skater would know—or at least as accurate as can be with a basset hound doing a backside boneless. —Adam Creagan 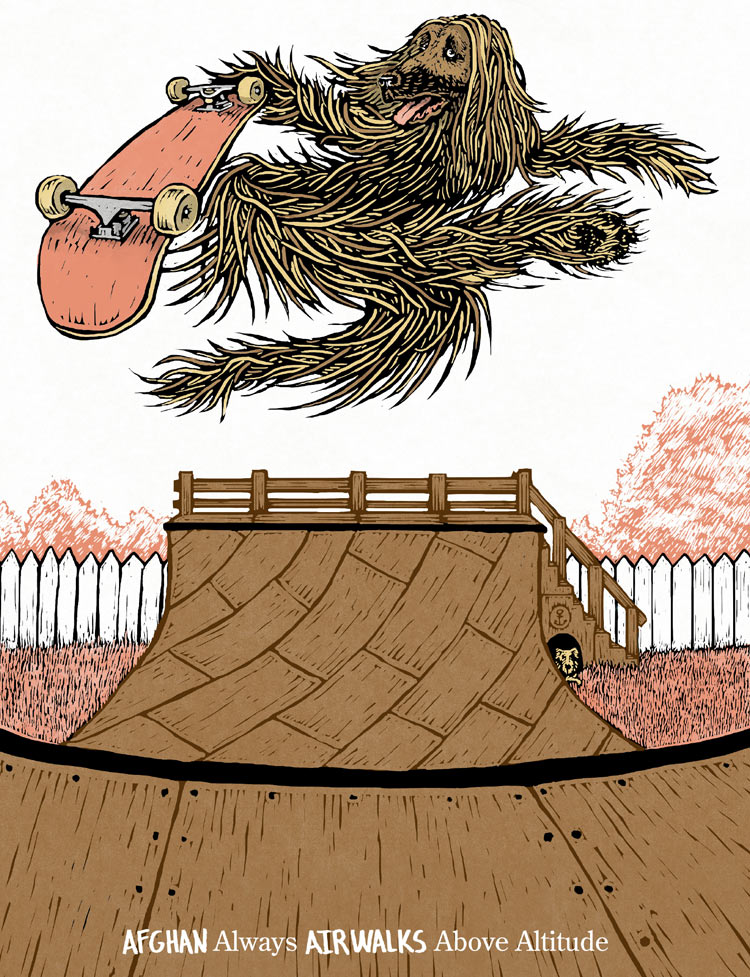 Where did you get the idea for the book?
The alphabet part of the book came from this children's book I had growing up called Animalia that had awesome illustrations of alliterations for each letter of the alphabet. As far as dogs and skateboards, that was just mashing together two things that I loved. I got the whole thing down on paper for the first time about five years ago for a senior project when I was in school. I did it very fast in one semester, so I wasn't fully satisfied and had been wanting to redo it ever since.

Describe the woodcut process.
A woodblock is basically the same thing as a rubber stamp where you are applying ink to the raised area and that's what creates an image. I think of it as drawing backwards, because you are carving away everything you don't want to be printed. I start by transferring a sketch to a block using carbon paper. Then I do a final drawing over the sketch with Sharpie or some kind of ink pen that won't rub off. When I'm doing the final drawing, I'm not drawing every little line and hair I plan to carve, more of just outlines of the shapes. I save all the details for the chisel. Lastly before I start carving, I put an ink wash over the block to darken it so when I'm carving, it's easier to see what I have done. I have a small press in my studio that I use for blocks up to 16 inches wide, but if they're bigger than that I have to print them by hand which becomes pretty labor intensive.

Do you ever slice your hands doing that?
Yeah, slipped and cut myself a bunch of times, but no stitches from that yet—knock on wood (no pun intended). Funny enough, I think I actually end up cutting myself more just by leaving the tools lying around and bumping my hands and arms into them doing other stuff. 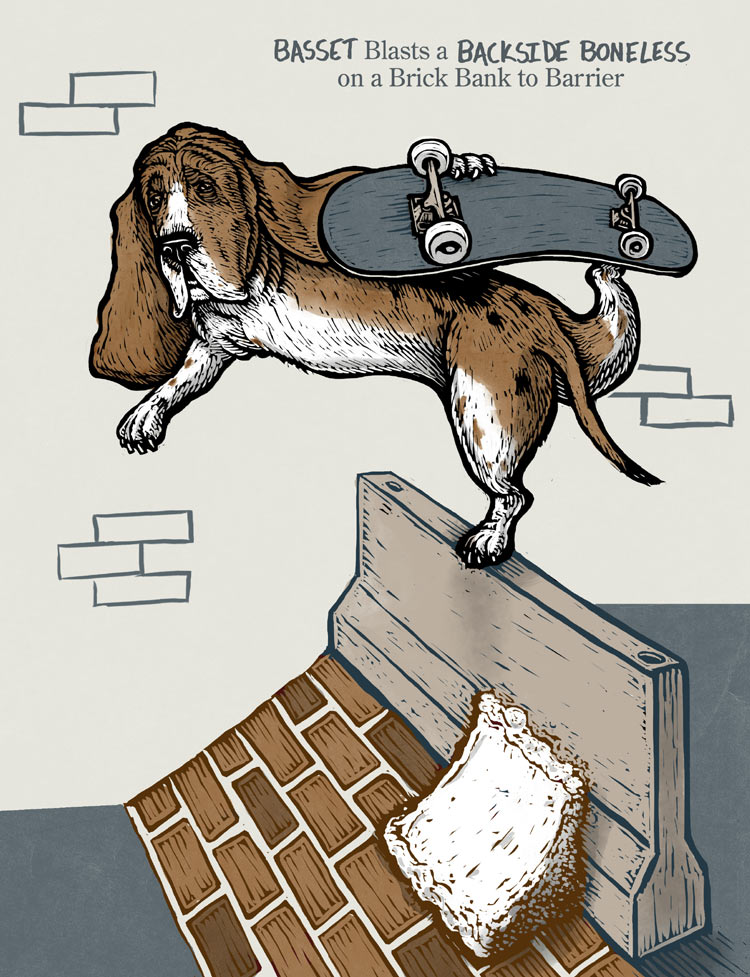 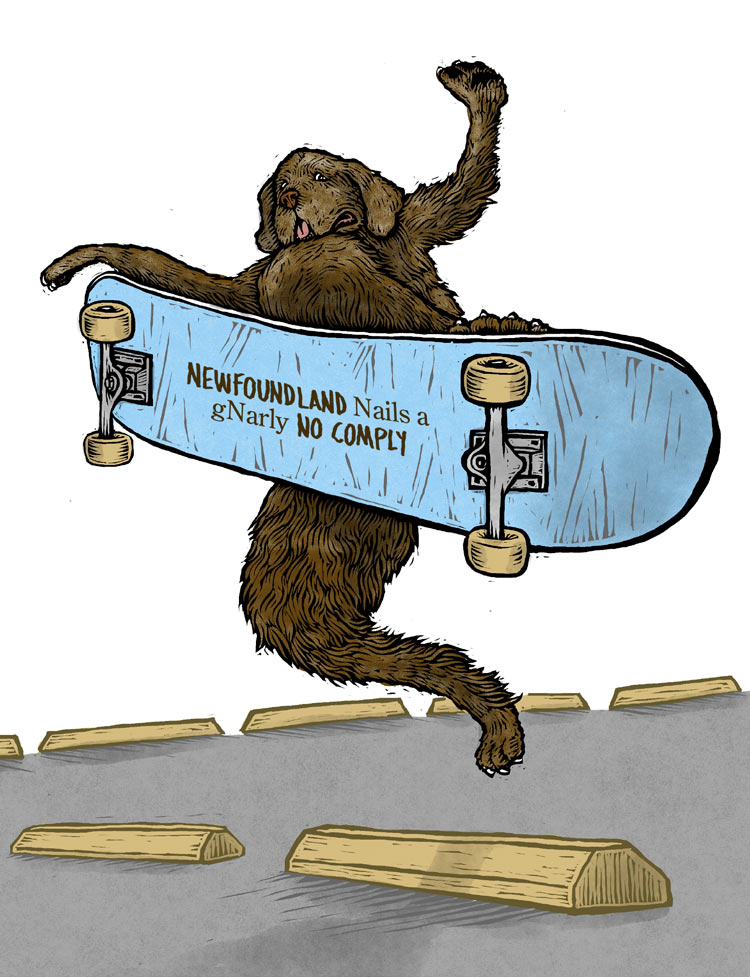 Are all the illustrations in the book woodcuts?
That was my original idea, but I ended up mixing woodcut with a lot of digital drawing. This is actually the most digital work I've ever done with illustrations, so it was sort of an experiment at first to try to keep the same woodcut look as my other work. All the coloring is done digitally in Photoshop.

What’s been the response to the book so far?
It's been pretty good so far. I started a gofundme as a way to preorder and raise some money to publish it, and I was blown away at how fast I reached my goal. I'm a little over halfway sold out of the first run of the book and I haven't even begun to approach any shops about carrying it. 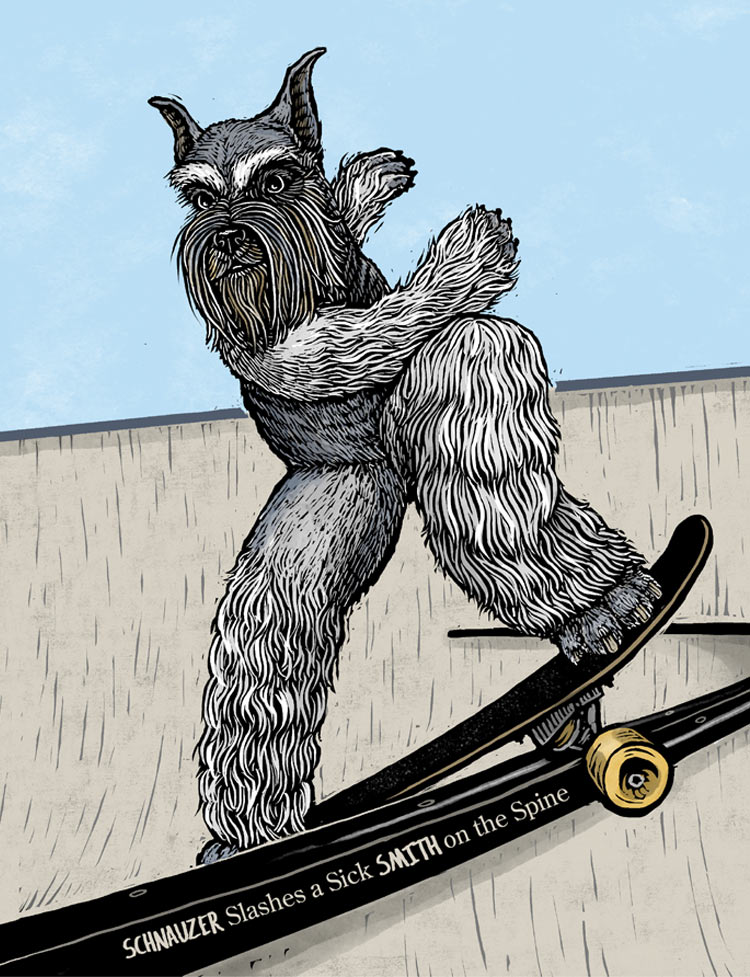 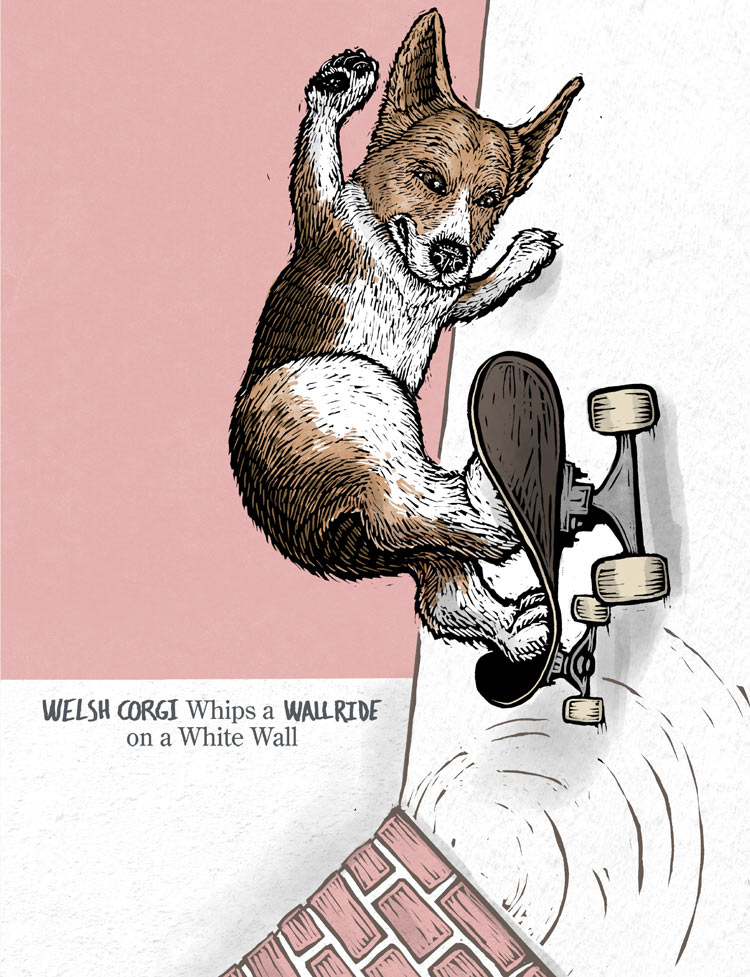 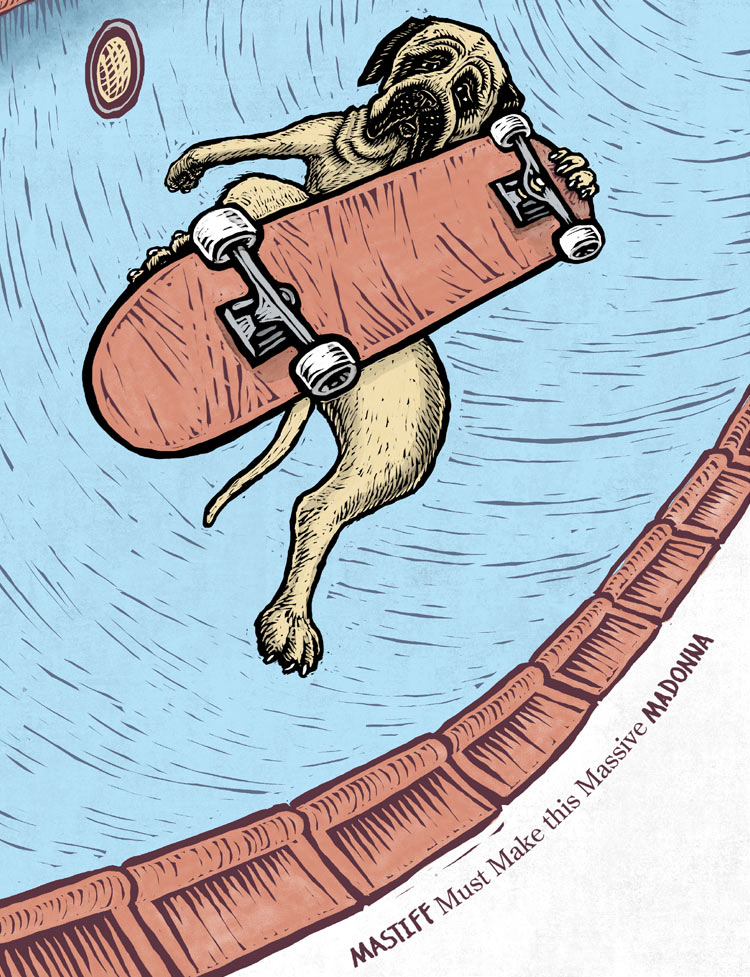 Any advice for someone who wants to self-publish?
The main thing is to finish whatever you are making first and not get all caught up in how you are going to publish. I feel like I spent so much time trying to figure out if I should try to send it to publishers or how to self-publish it and stressing over costs when I should have just been working on actually finishing the book. I felt a little weird about using crowd funding to cover some publishing costs, but if you set it up as the book being the reward then it's more like a way to preorder a copy and less like you're begging for money. It is a lot of work, and you will get to know your local post office a little too well, but it's so awesome getting a project that has taken this much time and effort out into the world.

What are you up to next?
I'm planning a release party for the book in December, still trying to work out the details. Over the next month I'll also be reaching out trying to hustle some books into stores. Now that it's complete, maybe try and shop the book around to some publishers and see if it gets picked up. I also was working like crazy in the studio for a show at KCDC skateshop in Brooklyn that featured the last two series of boards I did for Deathwish.

You can order a copy of "See Spot Shred” right here. 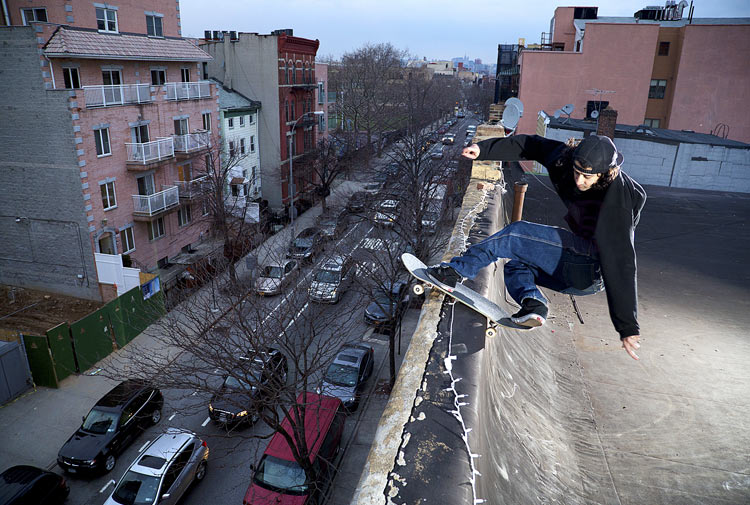 We noticed that some of these canine rippers looked familiar and Dylan confirmed that many were inspired by classic skate photos. Here’s a few below.
(dog images flopped for direct comparison) 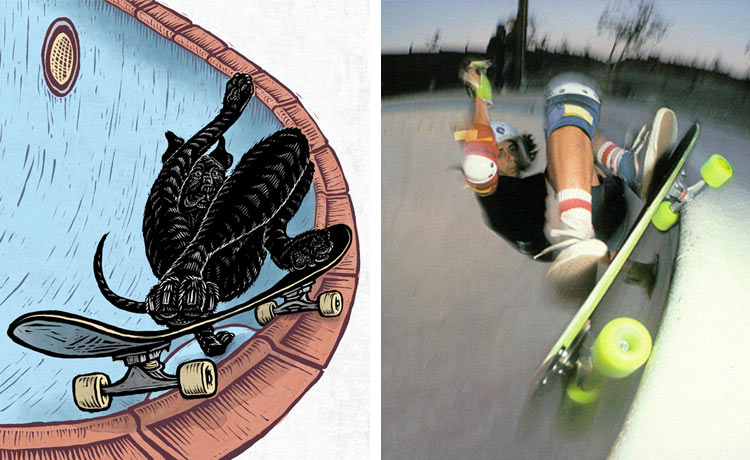 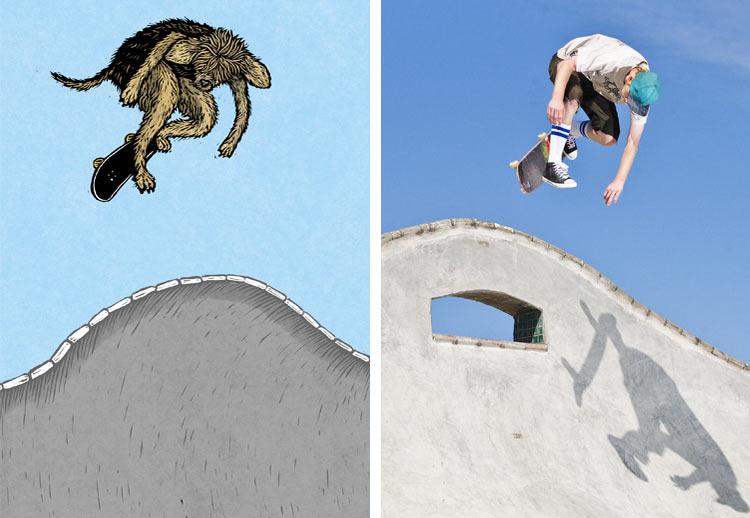 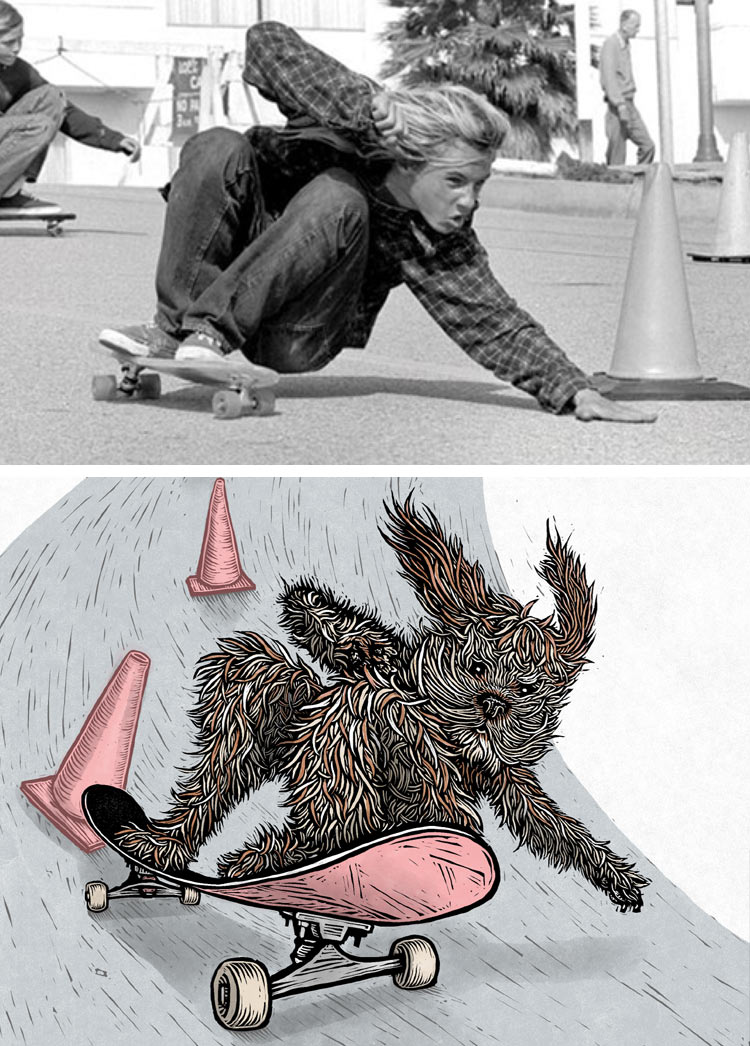