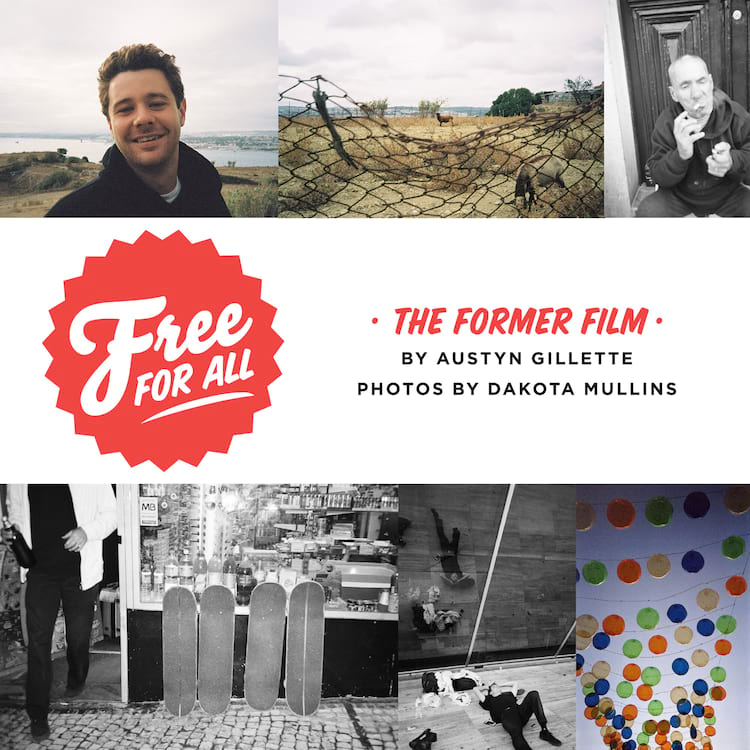 Cheap perfume tends to smell sweeter than most. This isn’t because sweet-smelling ingredients are cheaper than others, but because it’s usually marketed to younger people. You can smell the top notes immediately and they will last about a half an hour, just about double the intended length of this film.

The title of the video, Cheap Perfume, comes from the idea that we are now giving people pleasant things to view for a very reasonable price—free. We are encouraging people to stop and smell the flowers for a second. Making films is why we started a company and we want to create visual concepts that challenge the norm. Do we know what we are doing? Absolutely not. Do we know what we don’t like? Absolutely. Without speaking about you know who, recent studies have shown that humans have the shocking attention span of eight seconds, which is now shorter than that of a goldfish. I think that puts things into perspective. Why make a film in these times? Good question. Why travel when you can live through other people’s lives? Why taste new things when you can order the familiar from your couch and not have to move your neck? I’ll tell you why—because we can move our goddamn necks and legs! Skateboarders are a very fortunate group of people who get to experience the world with a level of responsibility that wouldn’t exceed that of a five year old’s. A dream come true.


The final product from Former is as sweet as it gets

Throw in some adult all-nighters and try to get five people on an international flight that was expensed on your personal credit card (which might be in ashes by the time you read this) and we’re on our way. Try telling someone your own age that it’s time for bed. Remember to let the neighbors know that Jake’s griptape voice is in town and he plans on performing an encore until four AM. Maybe ask the host of the Airbnb if the check out time can be switched to seven PM instead of ten AM? All things to consider when traveling abroad with this group of specimens. These are situations that I never had to previously worry about because I was always on the other side. I’ve got a new respect and apology letter coming to all team managers along the way.

From the celestial edges of Lake Geneva in Switzerland, to the darkest meth corners of Australia’s capital, it’s safe to say we have seen a few things that may never leave our memory. I sure hope they don’t. I’m very proud of everyone involved with this project and would like them to know that it would be a pretty boring place without the world getting to see them skate. So without overcooking this intro, I’d like to present the cast of this film. 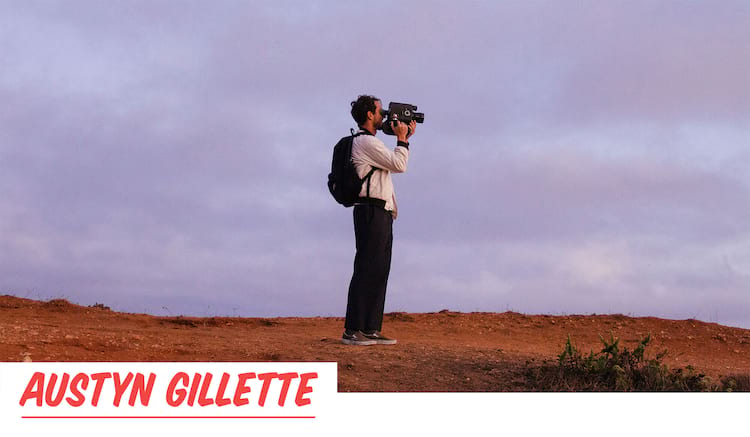 Team manager, travel agent, somewhat free agent, fake designer but mostly just a skater—just a few things to list on the business card that may never get put into production. Forgot one! Ex-Termite skateboards jump-off-a-roof kid. My question is: how did so many people see it and why did you pay for it? Apologies for that. At the gentle age of 28, I’ve had the opportunity to see most of the world because of skateboarding, something I can now share with a close group of friends on the road. I’m very grateful for this and it wouldn’t have been possible without the help of many great friends during this journey. I love all of you and thank you for being there. 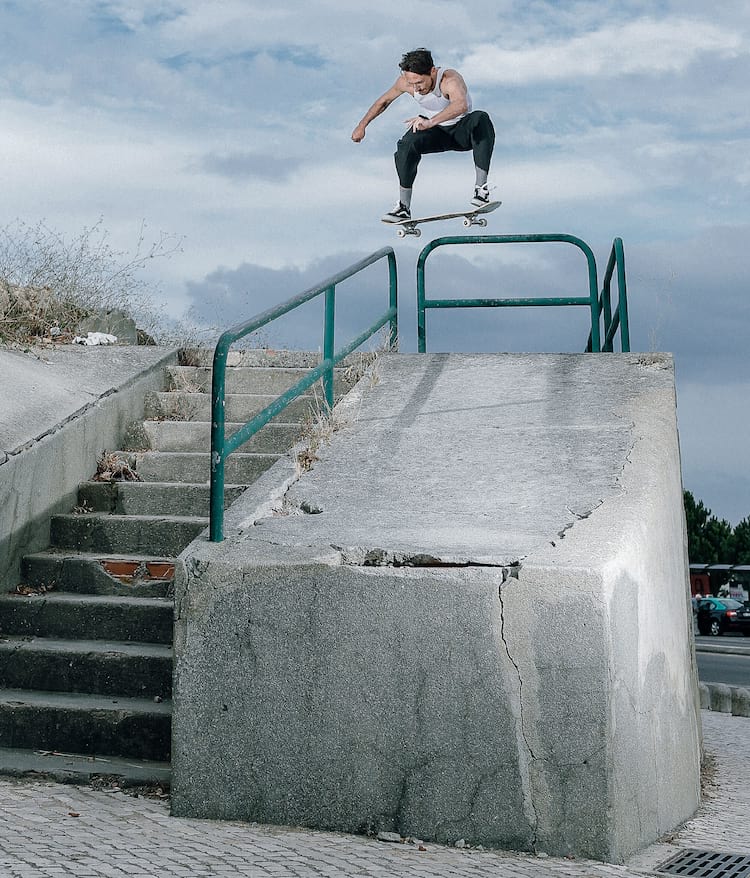 Two summers later and many boards thrown—success! History has shown that you must skate rails to get into Thrasher. Austyn, ollie over to tailslide

Back tail kickflip through the horseshoe for good luck 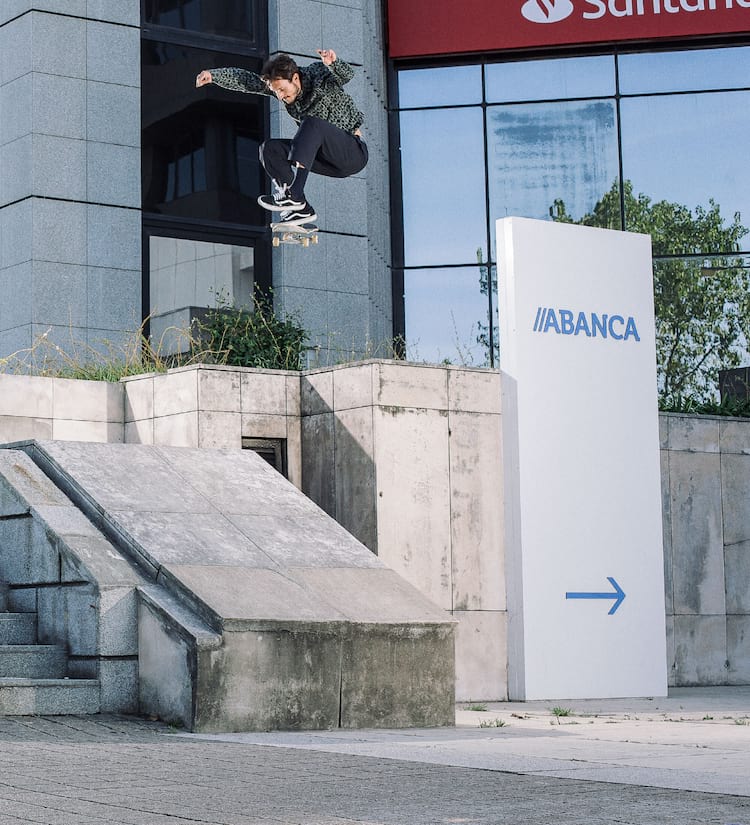 Before landing this, someone was joking about seeing Pontus Alv. Seconds after rolling away, he rode up on his bike. Beetlejuice behavior, or was it the Internet that helped him find us? The world may never know. Austyn, kickflip into the bank

Fakie bluntslide bigspin passed the wheel-grabber chunks in the bank 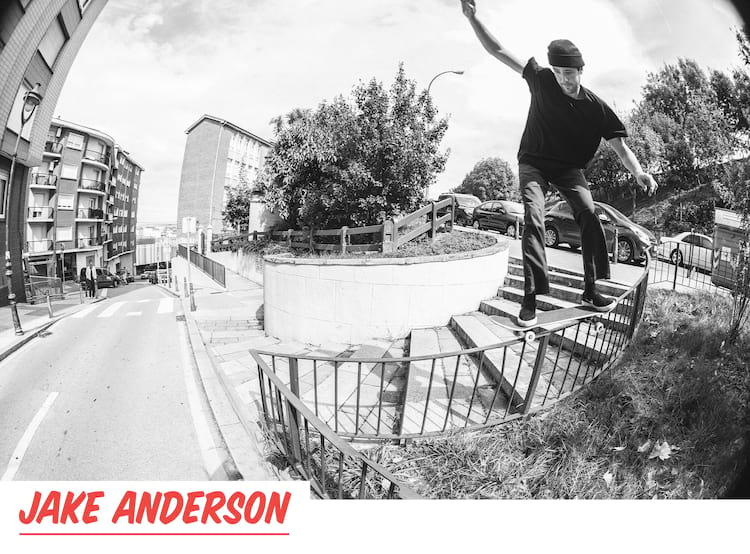 At the sprightly age of 24, he has developed his own identity outside of the “Mike’s brother” tag. Mike’s a hard person to live up to and I’m sure after seeing this he’ll be proud of his little brother for what he’s accomplished. A true family man and lover of animals, Jake has the ability to bring a sort of warmth to any room or farm that he enters. It’s possible that his warmth, mixed with his gravely voice box, makes the perfect cocktail to woo most people he stumbles across. His power and unpredictability on a board shows he has a gift which chose him and not the other way around. He will also keep you up until four AM. 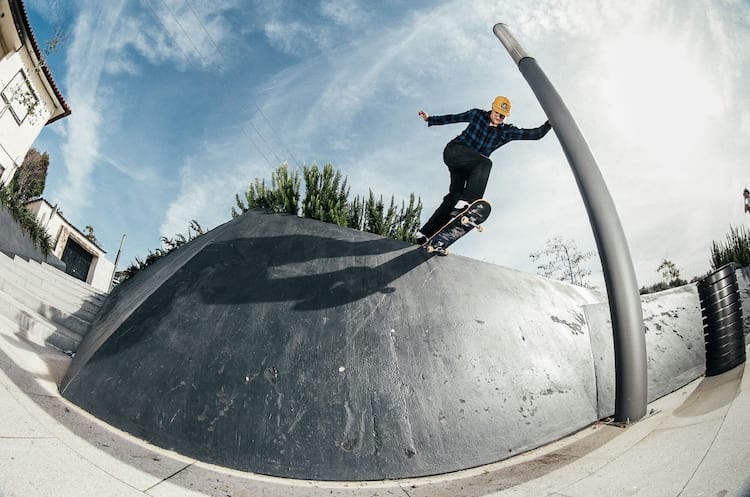 Backside tailslide to switch inward heel flip out? I’m sure its been done, but those sorts of people weren’t invited on this trip. Jake, back tail