"From Here to There" LA Premiere Photos

About a decade ago, I picked up Robbie Brockel from his parents’ house. He had just graduated from high school the day before and we were hitting the road. First stop: Denver, CO, for Angel Ramirez’s 21st birthday. Well, 18-year-old Robbie showed up prepared with a drivers license that said he was 35! Somehow it worked—and not just that weekend, but all summer and beyond. Last night he told me he ran it up ’til he was 21 and never got denied. I guess Robbie has always been mature for his age. Last night at Black, Thrasher and Real skateboards premiered From Here to There, a video filmed and edited by Tim Fulton, featuring Robbie Brockel, Chima Ferguson and the rest of the Real team. Check out who showed up to party and then go watch the video on this very site. Skateboarding rules. So do Robbie and Chima. —Joe Hammeke 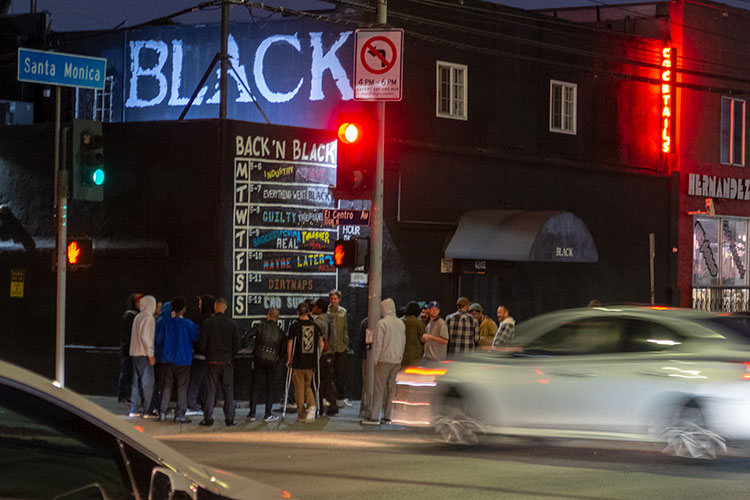 Skaters already lining up outside of Black 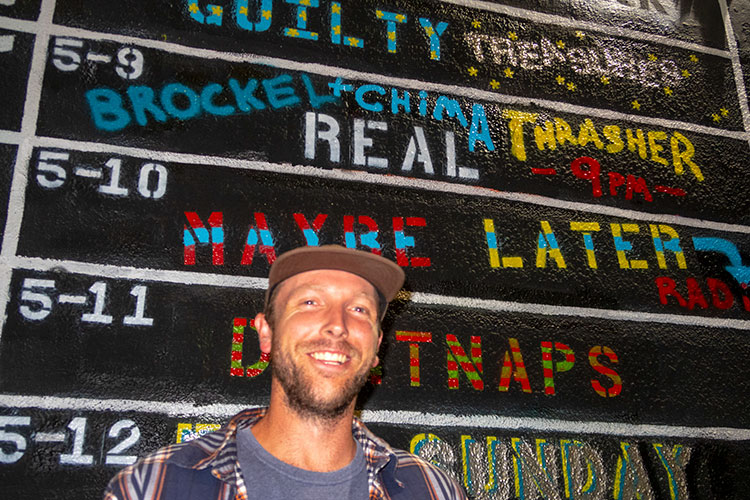 Maybe later—Robbie and the marquee 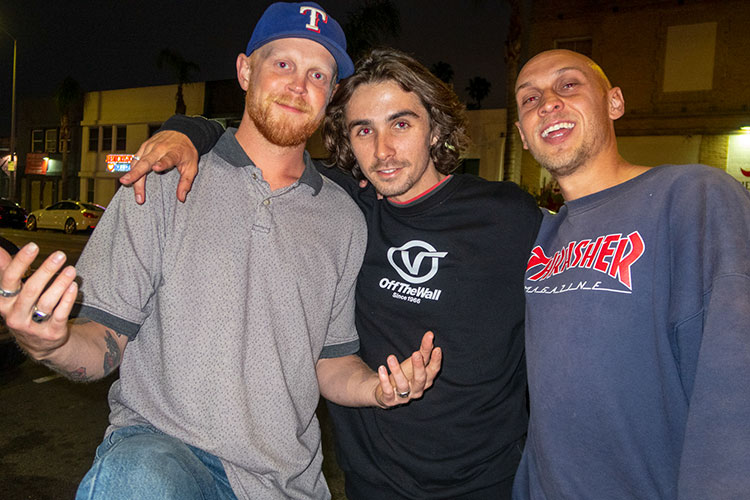 Isaac Siems, Kyle Walker and Frankie Heck—Midwesterners who made it to the coast 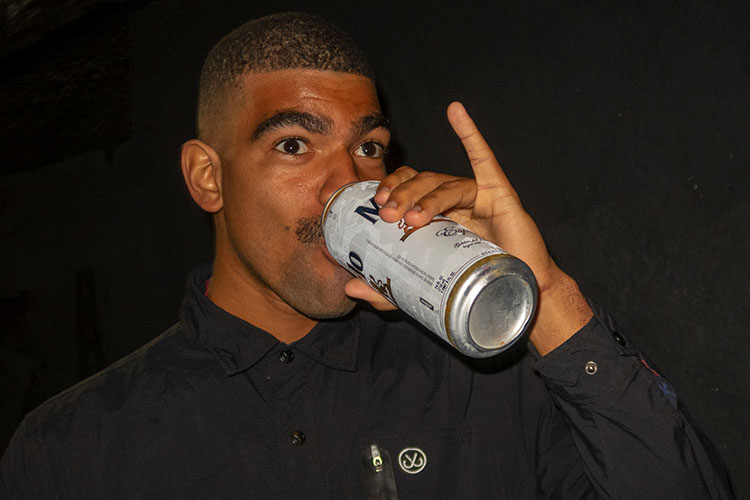 Sippin’ in style, Corey Millett got a fresh ‘cut 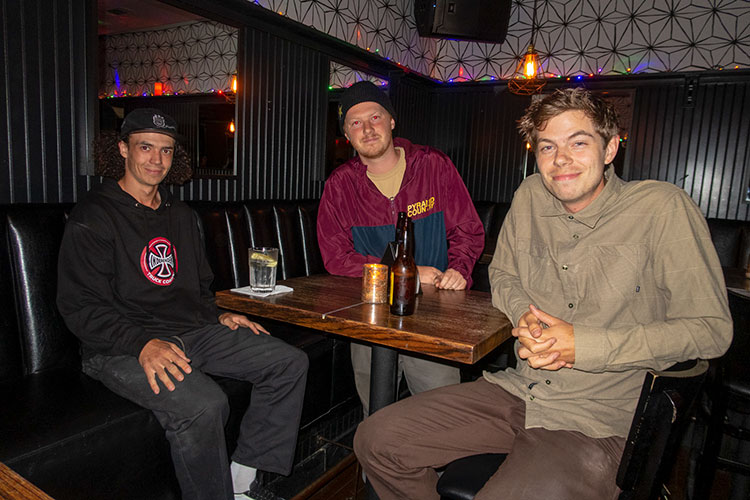 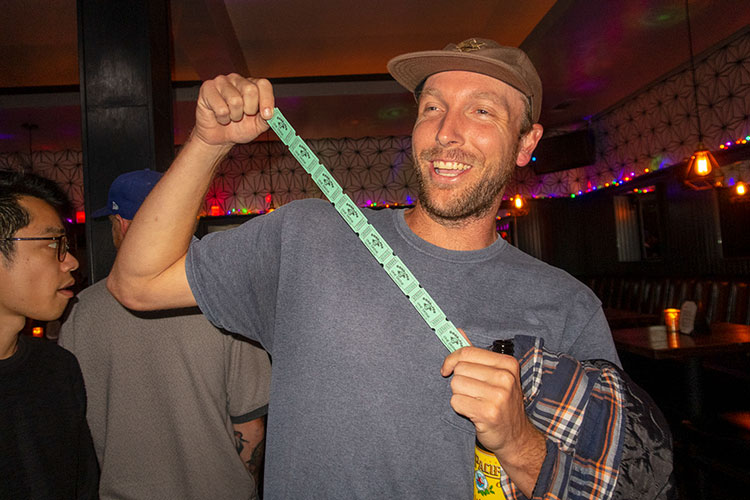 Brockel got a string of drink tickets. This should fire things up 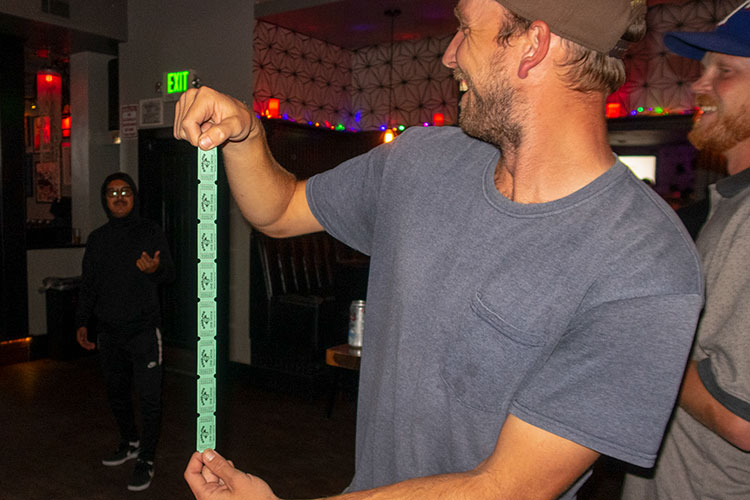 Look, the string is as long as Ernie Torres 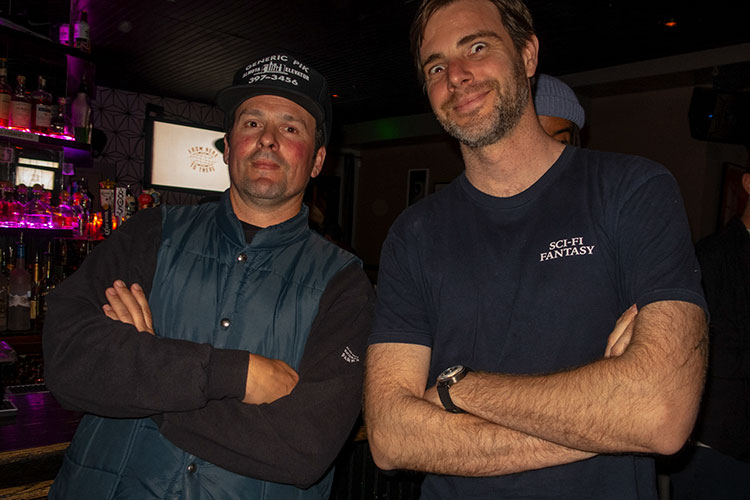 Gabe Morford and Jonathan Mehring, masters of the frozen moment in time 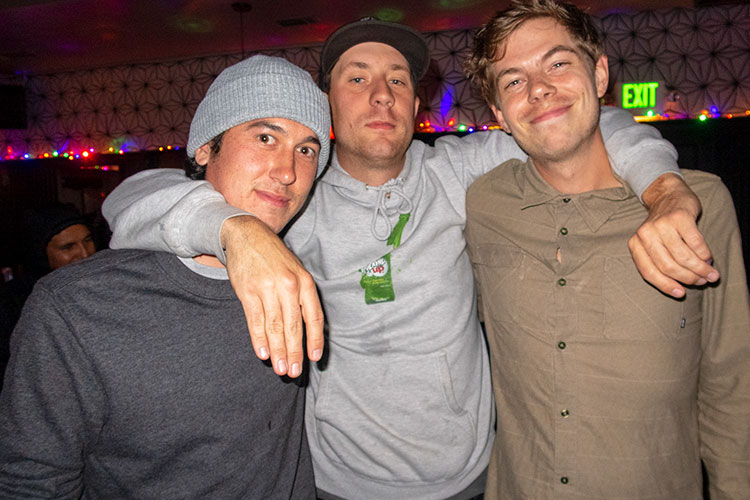 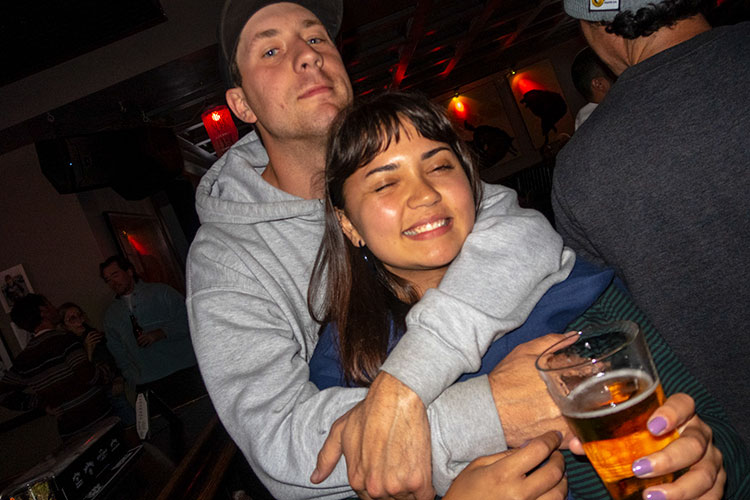 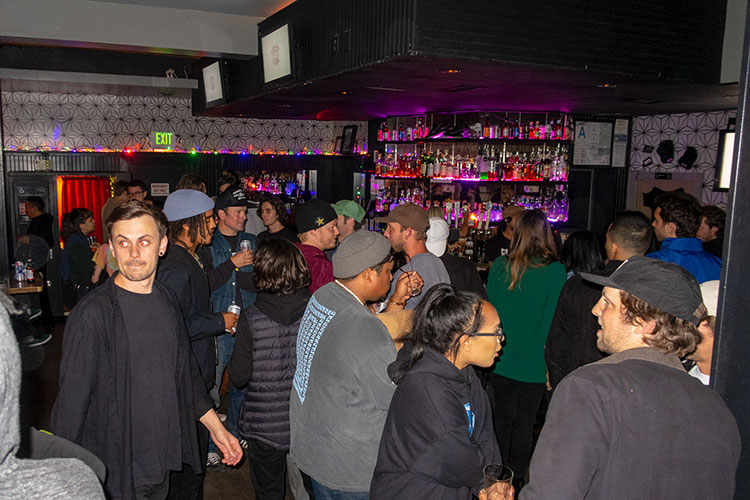 Putting those drink tickets to use 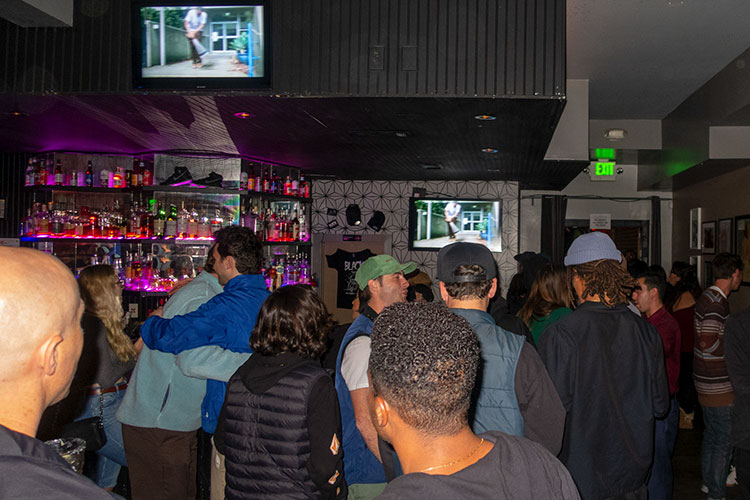 Time to roll the video. It’s a sick one 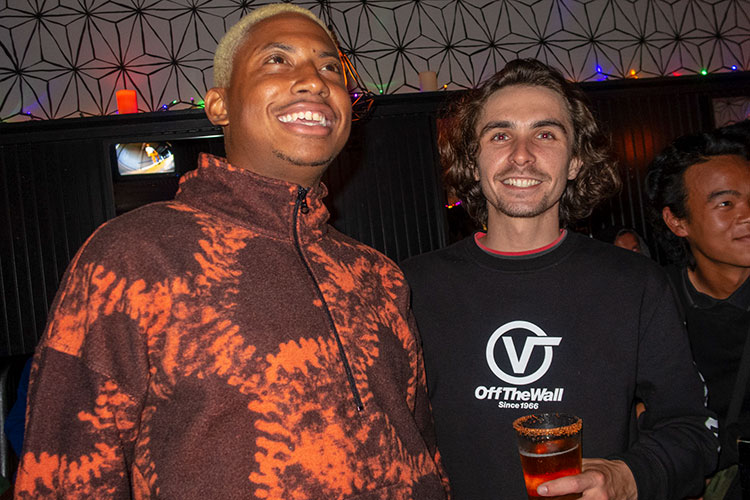 Ishod and K-Walks, you know it’s gonna be good when the SOTYs are in attendance 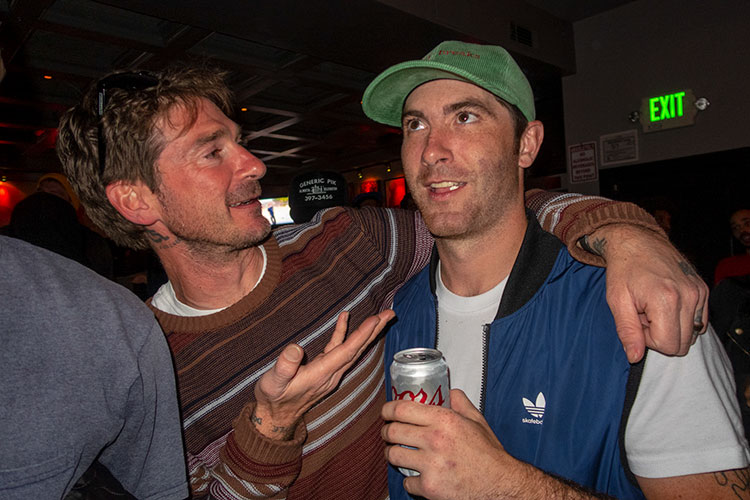 Kingswell Los Feliz owner DJ Chavez reminds Jake Donnelly about the time Jake went into his store and moved all of his boards to the front of the racks—and they all sold the next day. Power moves! 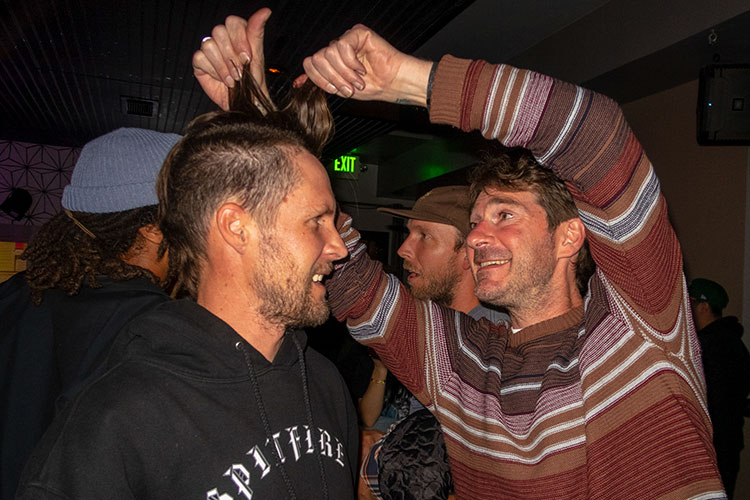 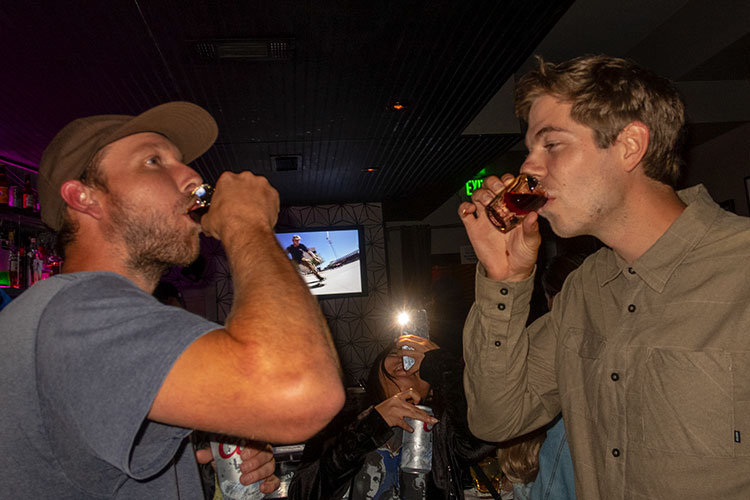 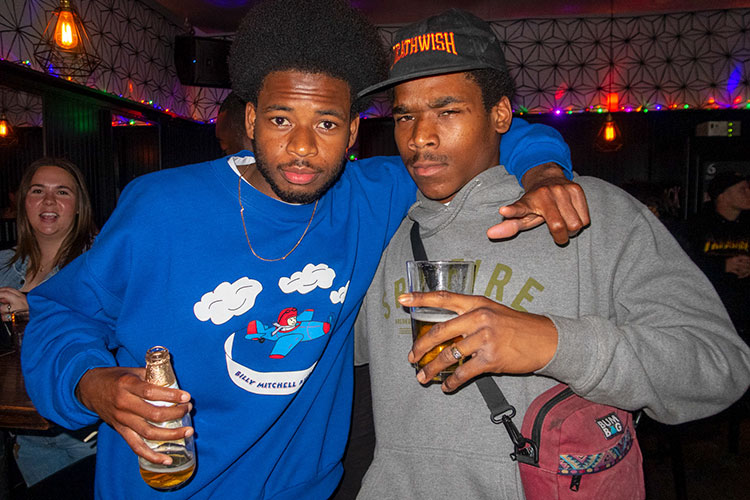 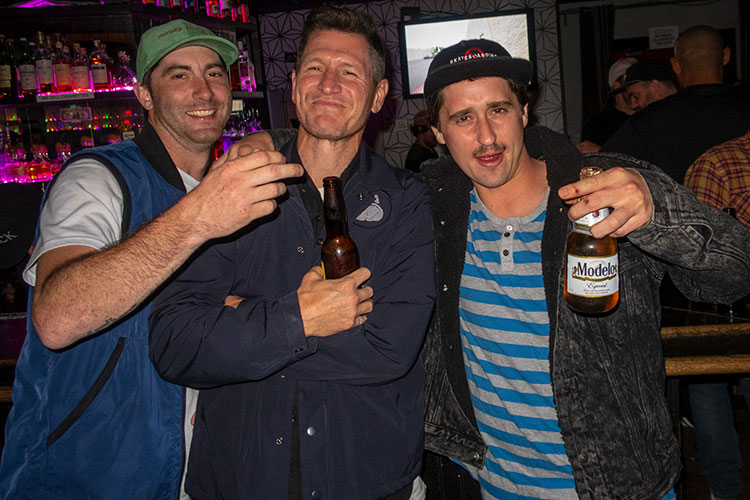 Nor will Donnelly, Justin Strubing or Jamie Tancowny 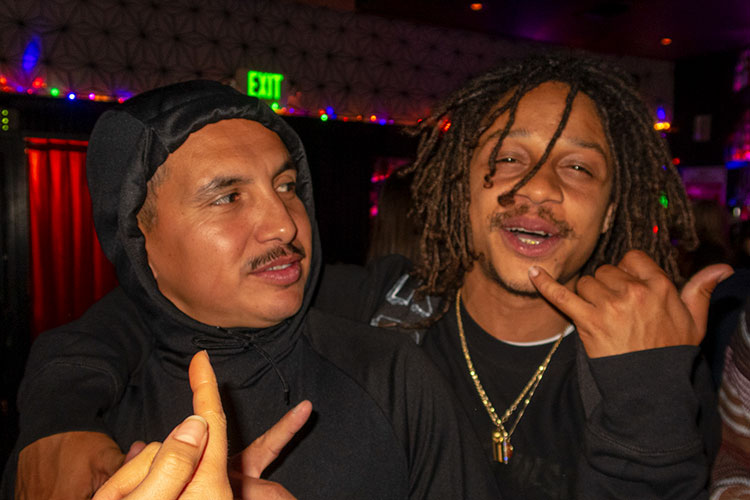 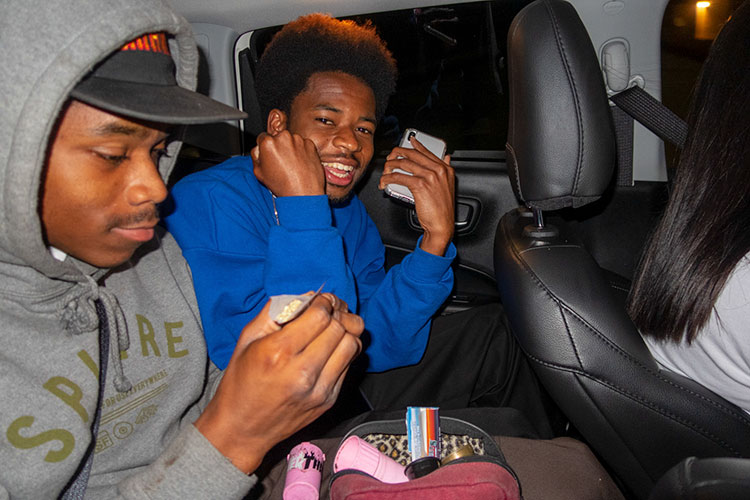 Then it was off to Cha Cha lounge. Thanks, Christian and Ish, for the swoop 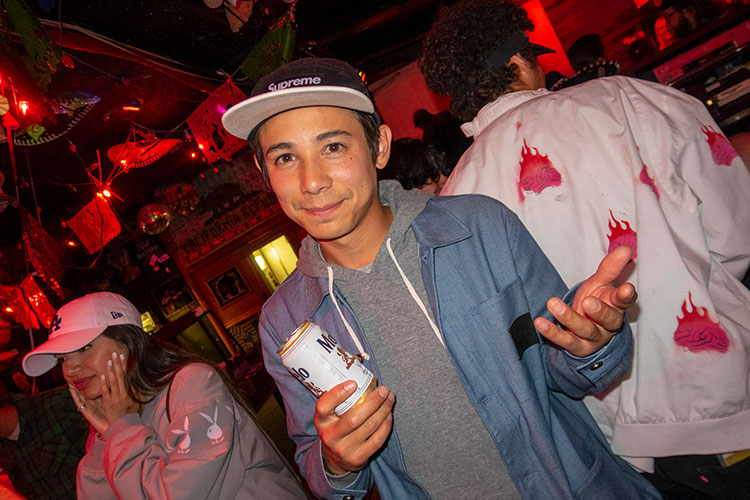 “What took you guys so long?” Malto, holding it down 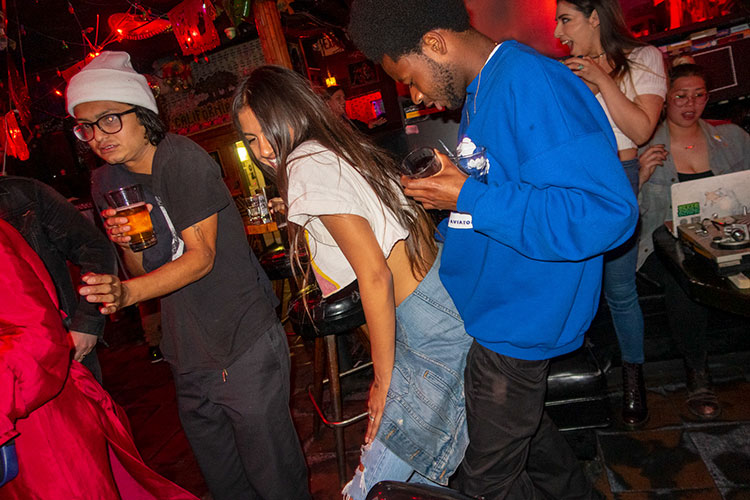 Ish doesn’t need a dance floor to turn it up 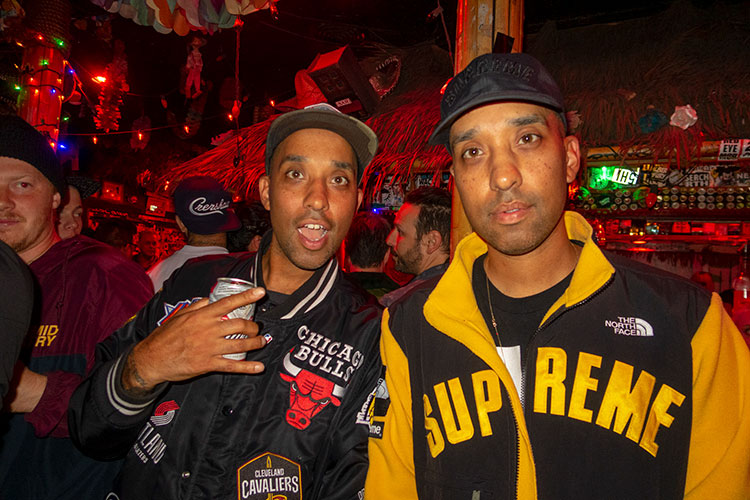 Last call and time to bounce—Atiba and Ako Jefferson always make it ’til last call. Thanks, Real, for the rad video premiere and the hangover! Sometimes skateboarding involves headaches…
© 1981–2023 High Speed Productions, Inc.