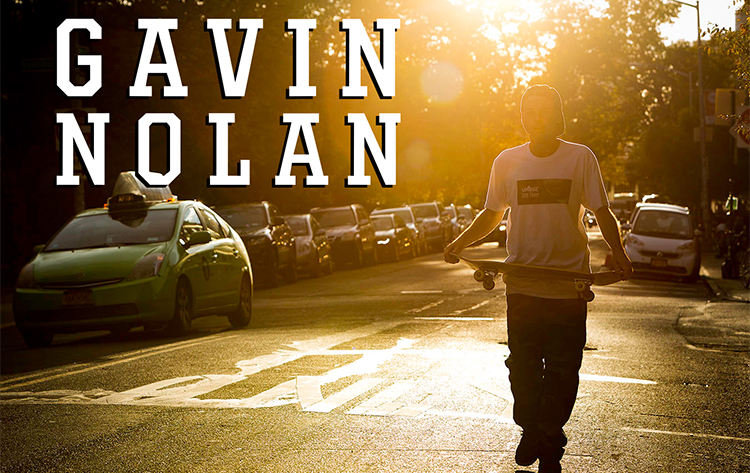 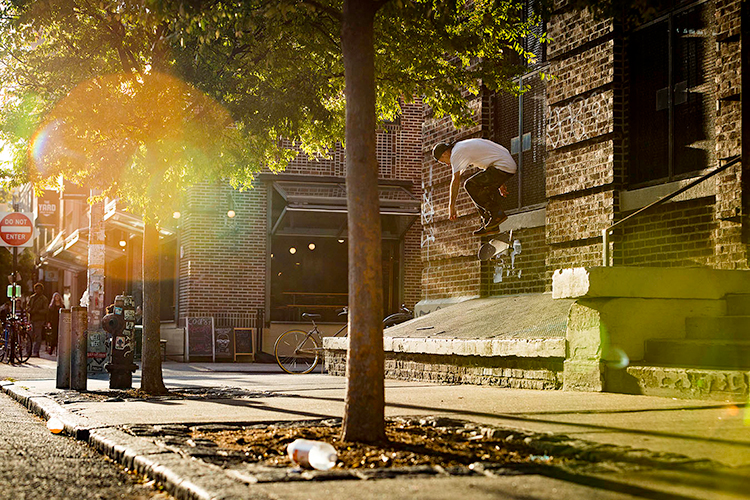 Gavin gets a quick kickflip as the sun sets smack in the middle of hipster paradise in Brooklyn before getting kicked out by the shopkeeper. 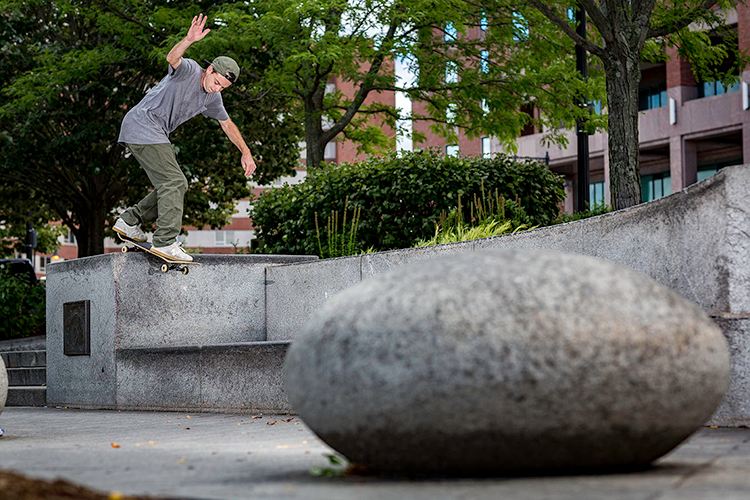 It’s probably safe to say that Eggs is Gavin’s all time favorite spot. Now that Boston opened the skatepark right across the water, Gavin’s biggest fear is that the cops will make skating at Eggs next to impossible. 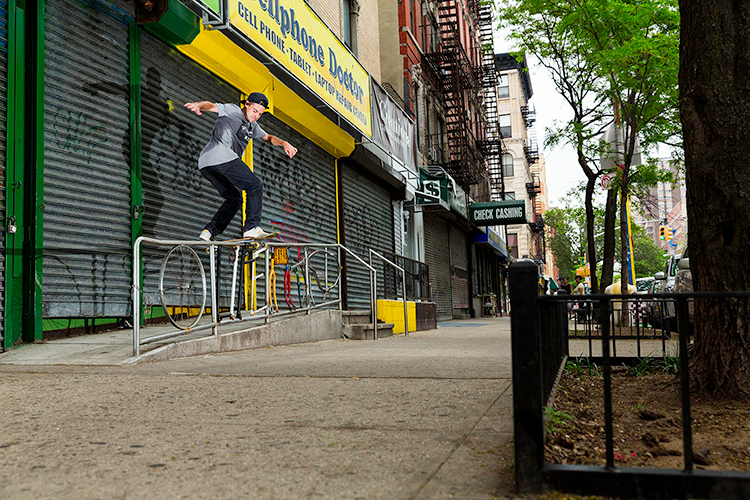 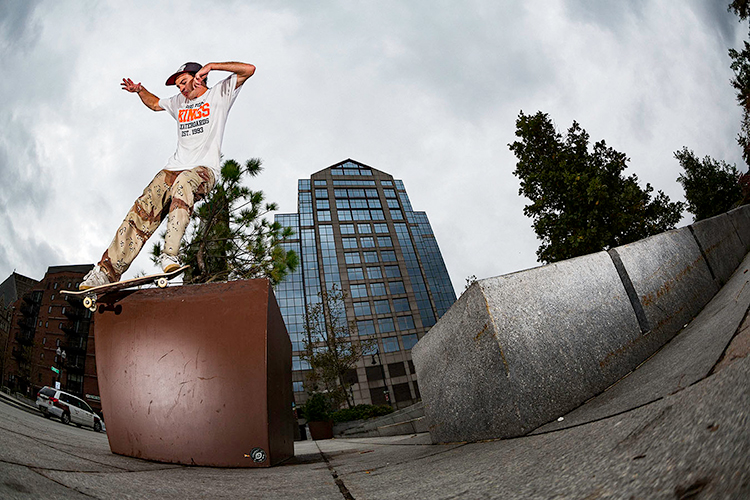 The northeast is known for erratic weather, and this day was no exception. It must have rained four separate times while we were skating around. Gavin gets a back Smith in between rain showers. 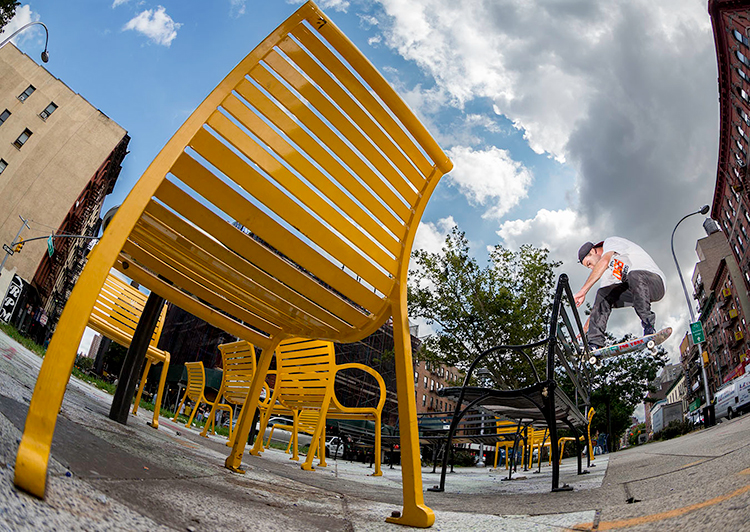 This is one of those spots that you pass by everyday and never take a second look at. While waiting to meet up with some of the crew this morning Gavin caught a quick front noseslide. 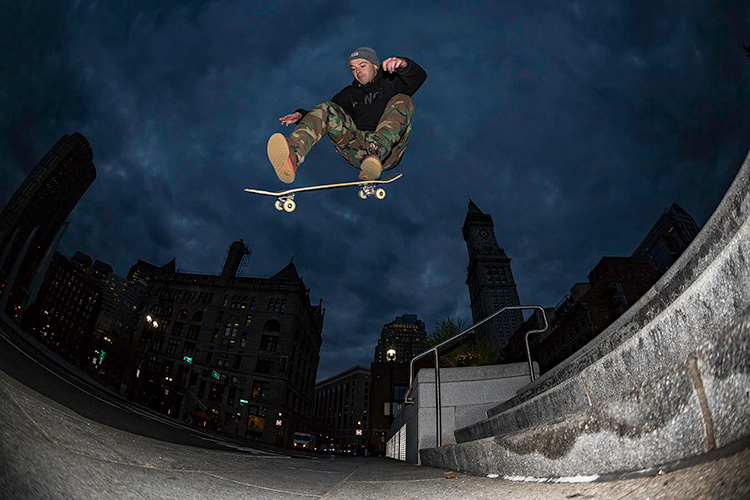