On Friday June 1st, 2018, Mark Gonzales turned 50, so his wife, Tia, put together a surprise party at Hugo’s restaurant in West Hollywood. Legends from all eras of skateboarding, including half a dozen SOTYs, were in attendance to wish him a smooth ride onto the fifth floor of life. Skateboading keeps us young and while the rest of the world considers 40 "over the hill" I’d say 50 might be our "on top of the hill."  Now it's time to bomb that baby and enjoy the ride. —Joe Hammeke 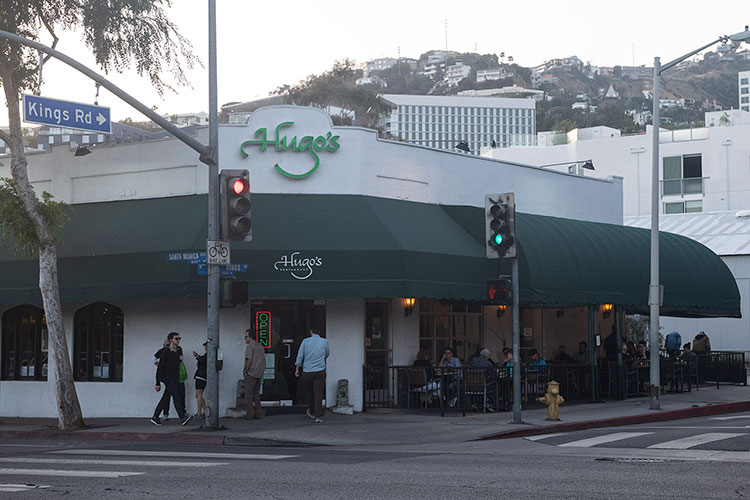 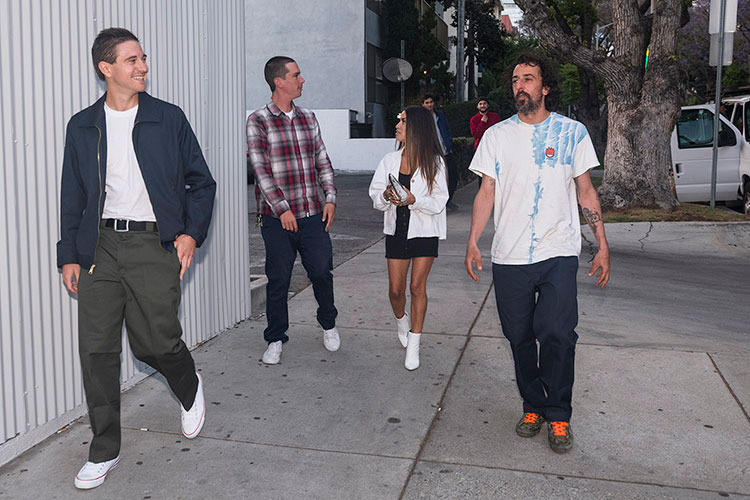 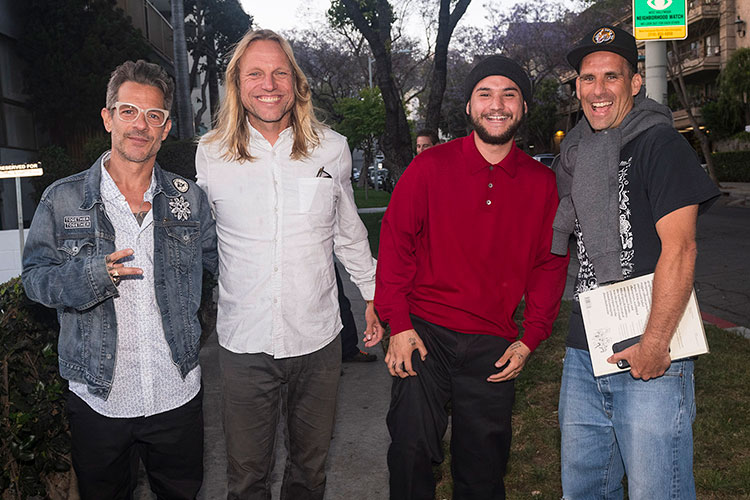 Mark Oblow, Natas Kaupas, Ronnie Sandoval and John Cardiel-generations of innovation, on and off the board 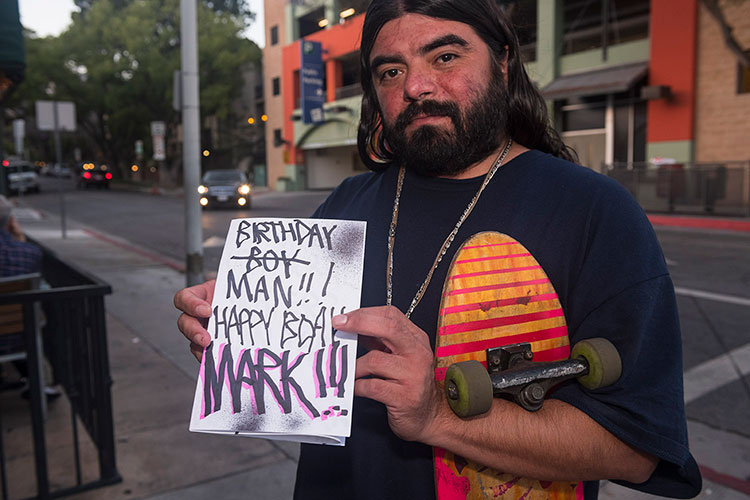 Neckface made a custom card for Mark 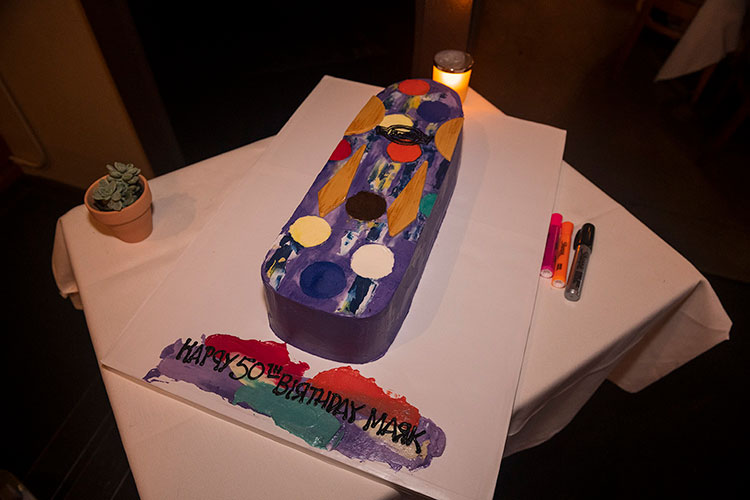 The cake was shaped like one of Mark’s boards 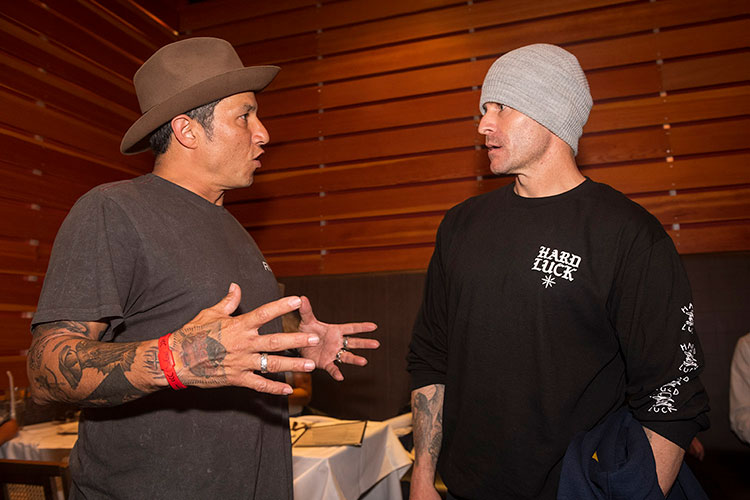 Hosoi telling Jason Jessee about the day he met Gonz: "He broke his board jumping down this gap, so I let him borrow my board and he broke it, too! That was when I knew we had to put him on Alva." 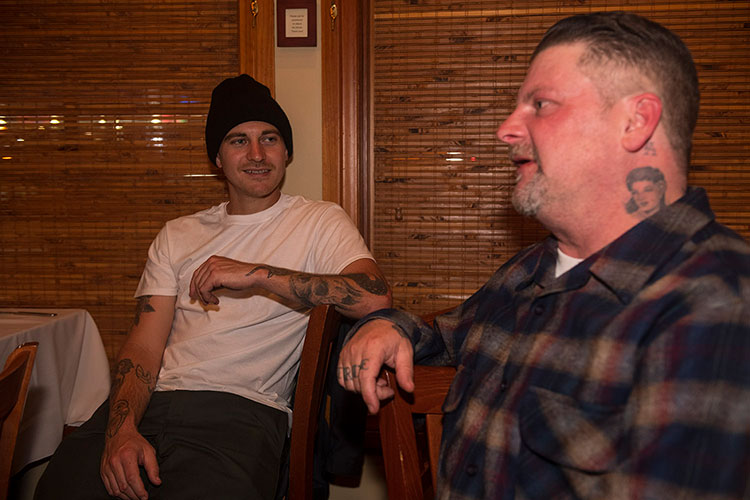 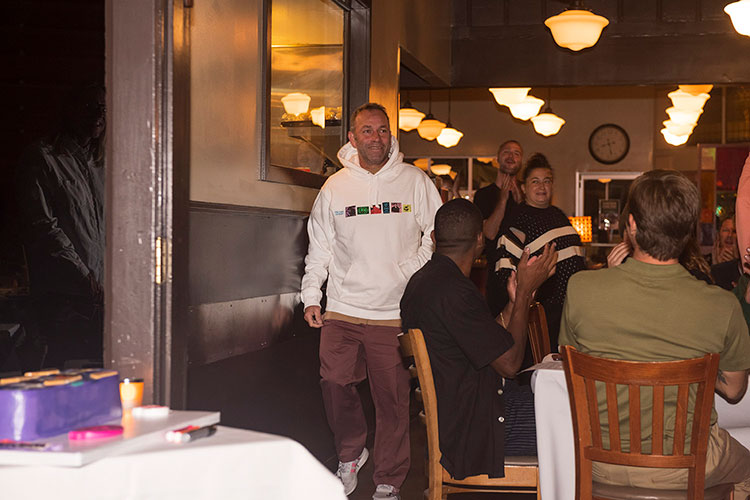 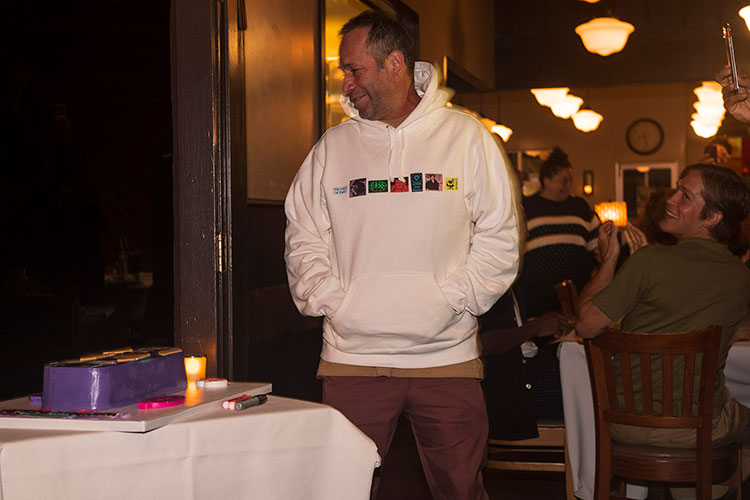 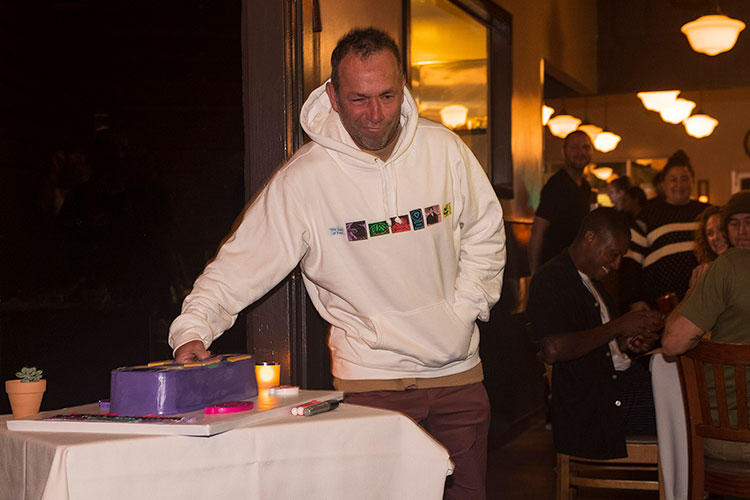 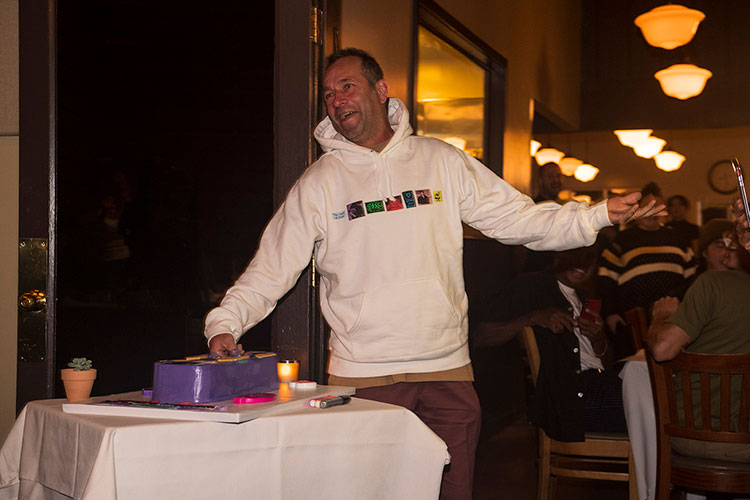 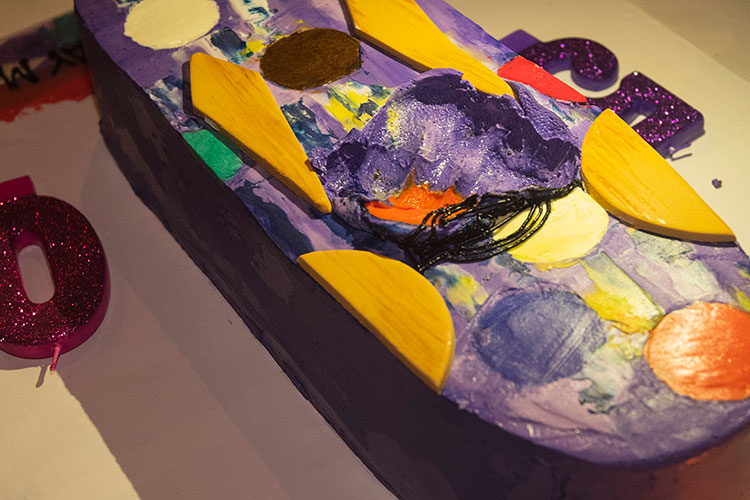 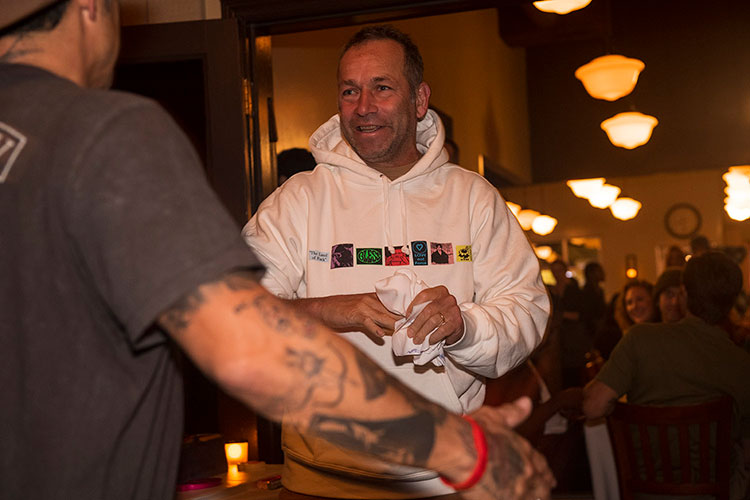 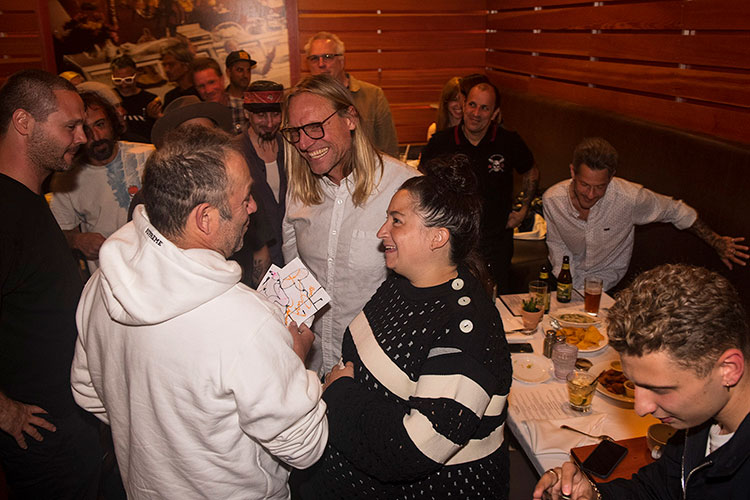 Natas and Tia presenting Mark with some birthday cards 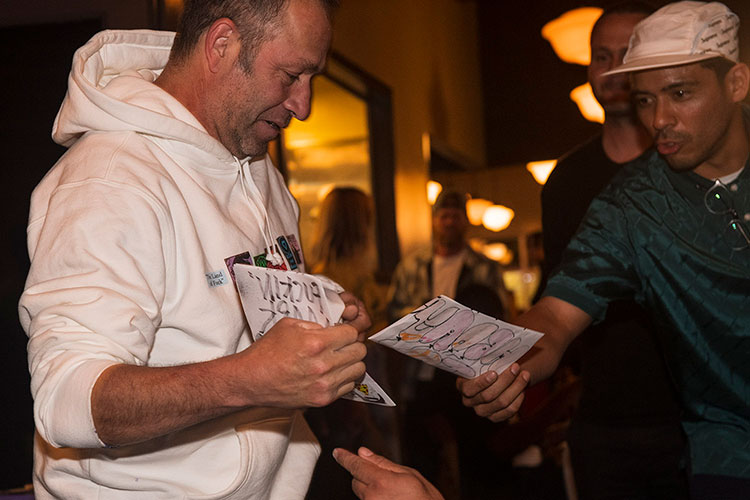 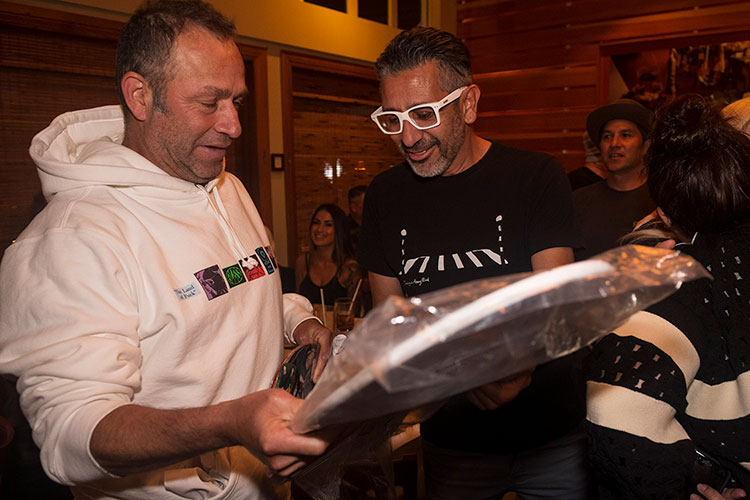 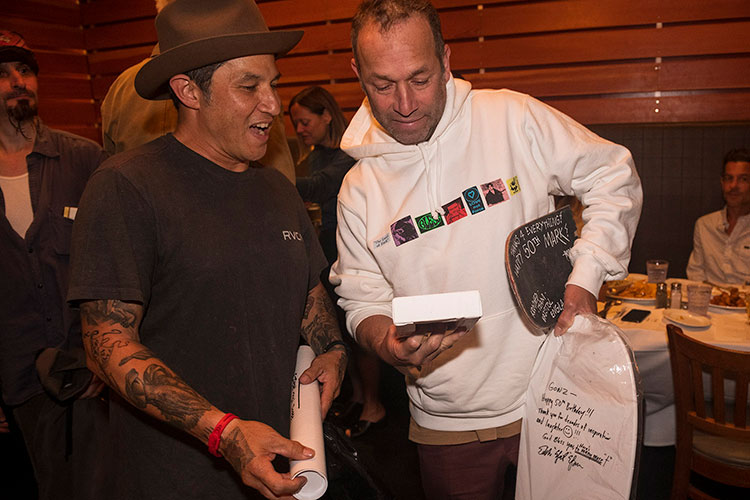 Hosoi with gifts from him and Pops 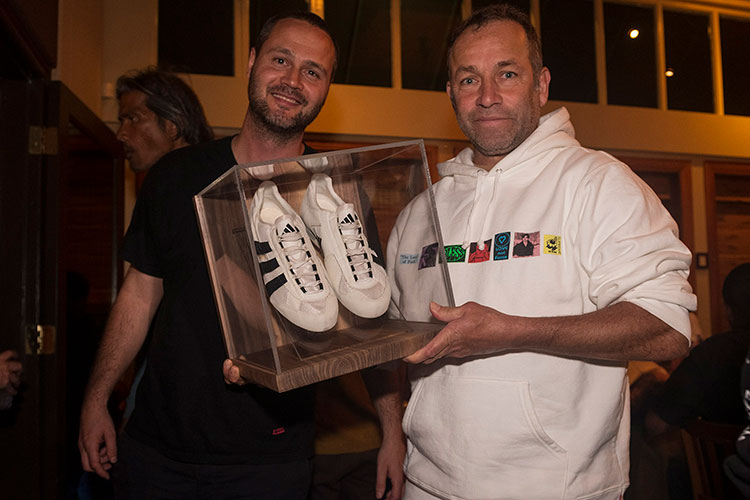 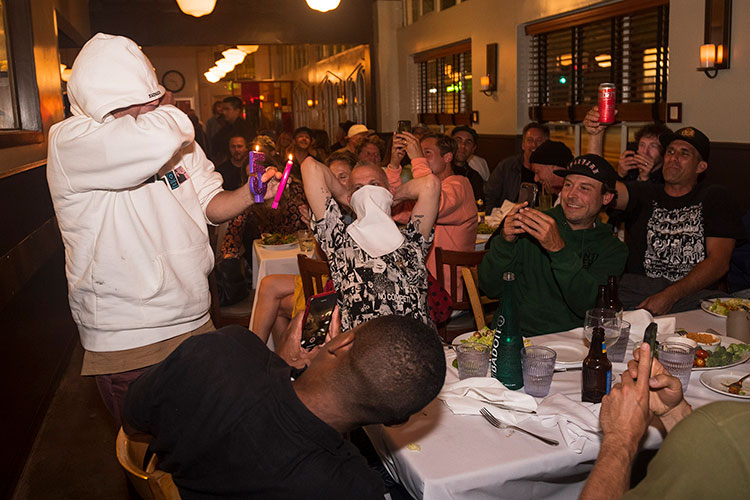 When it was time to sing Happy Birthday, the phones came out. Cardiel kept it OG and raised a beer instead. How many SOTYs can you count in this photo? 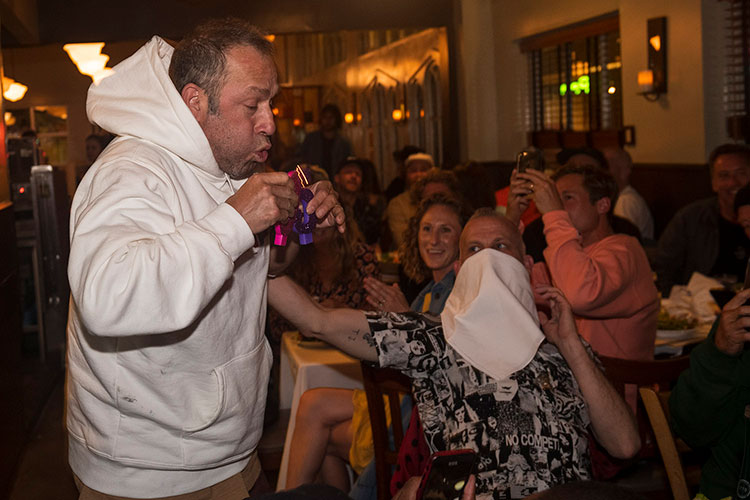 Dill with the smoke screen 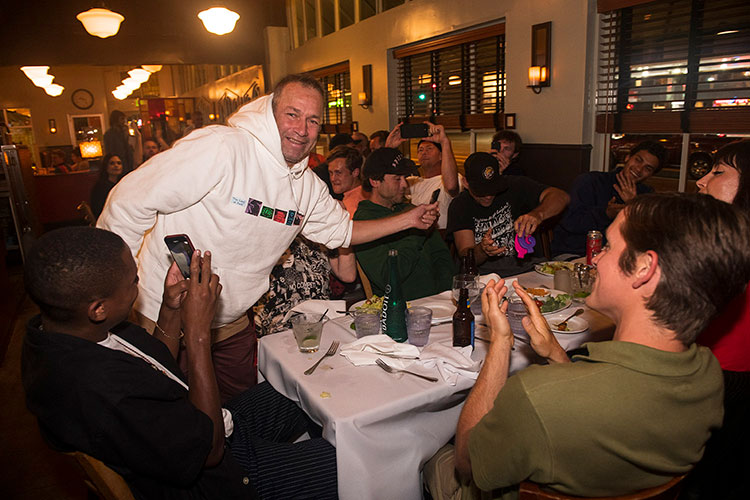 Cardiel gets the souvenir candles 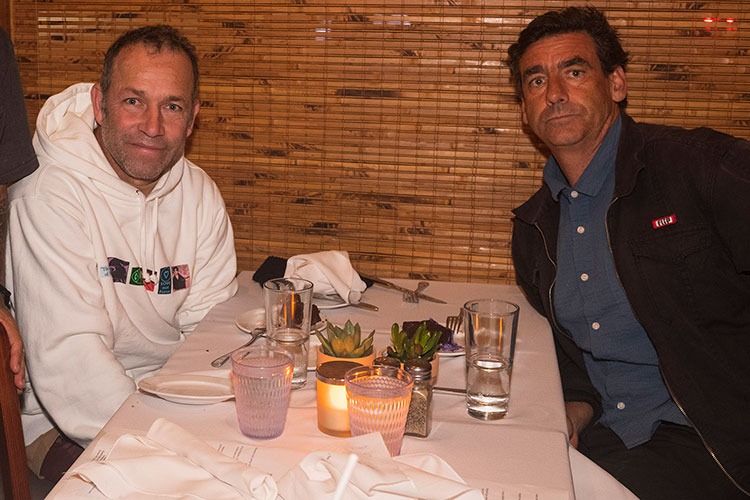 Mark and Lance Mountain, ready for dinner to be served 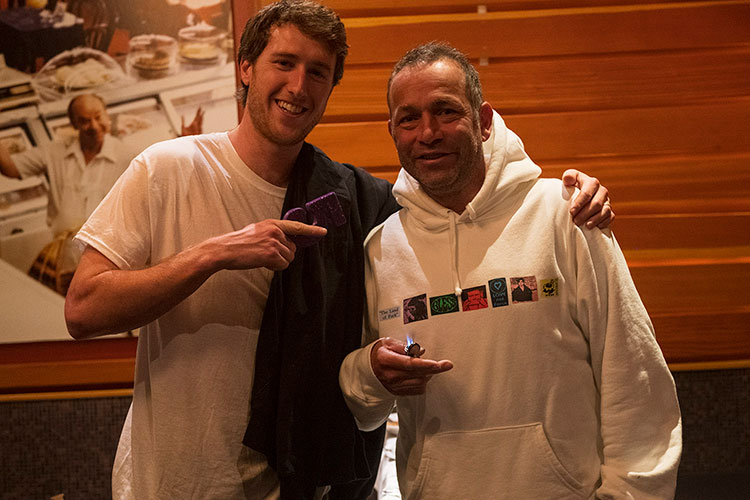 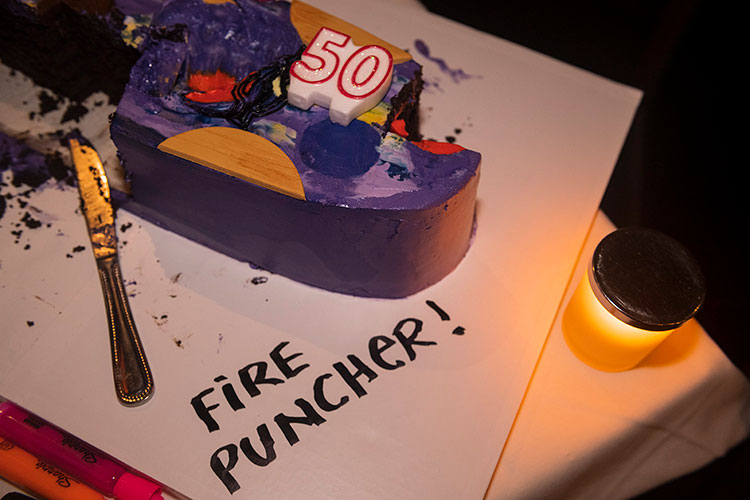