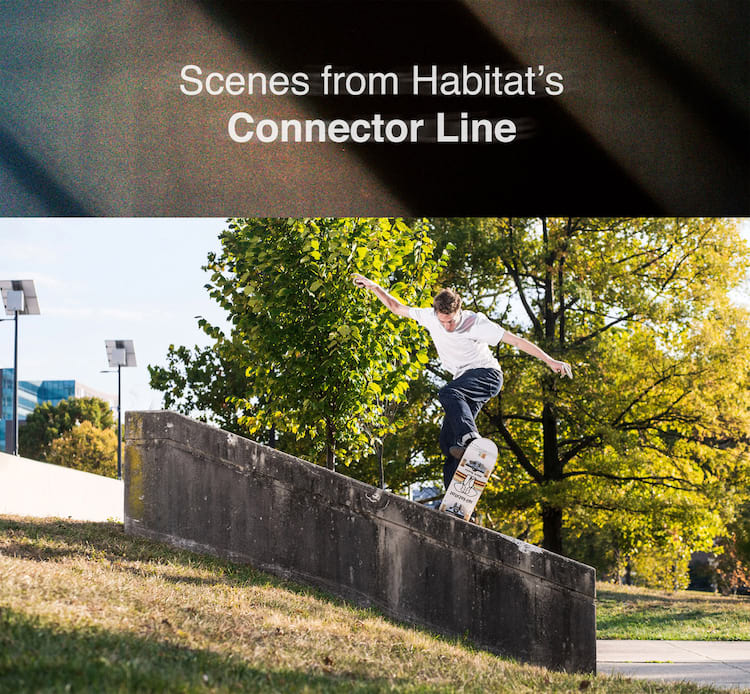 Twenty years ago, almost to the day, Joe Castrucci began a 12-plus hour journey eastward from Cincinnati, OH, in Chris Carter and Mike Hill’s 1990 Chrysler Town and Country. Castrucci set off to meet and film with the soon-to-be roster of Habitat Skateboards. He swooped up Freddy from his home in Sewaren, NJ, then headed to Philadelphia to meet up with Tim, Kerry, Pluhowski and Kalis. After skating and conspiring about the future brand in Philly, Joe ventured to NYC for some cold winter filming with Dill and Pappalardo. Just a few months later in February of 2000, Habitat launched with a full squad of East Coast heavy hitters. —Mac Shafer 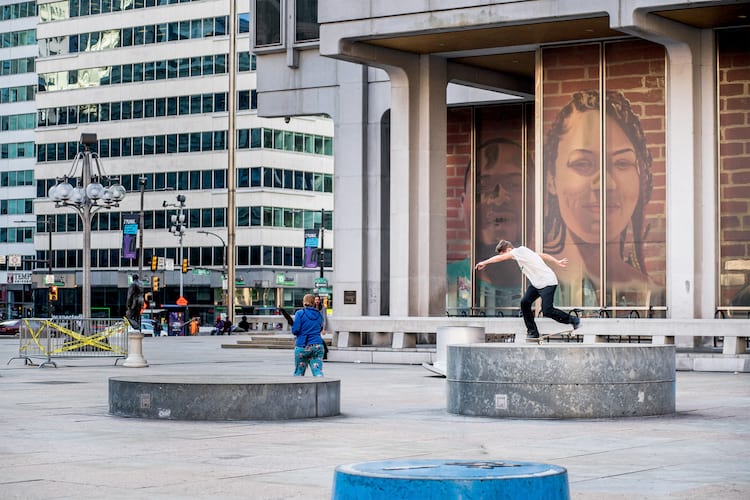 Not quite a back breaker but still twisted. Mark hops blocks with a backside 180 fakie nose manual in Philly 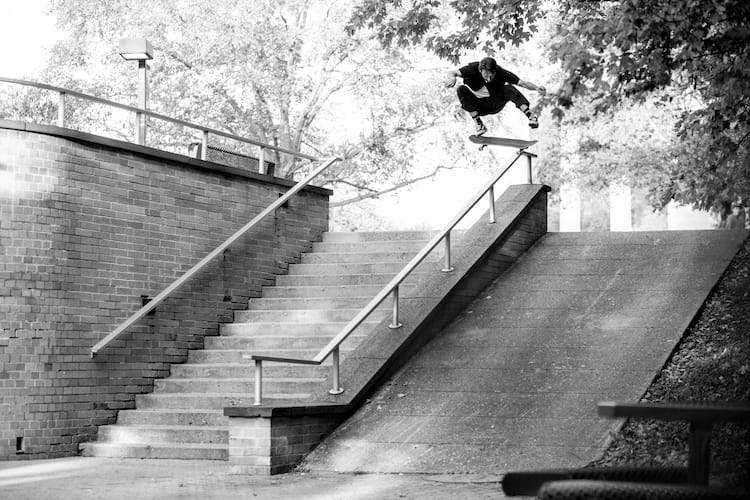 Just like old times, Austyn sparked the session with this frontside flip into the bank 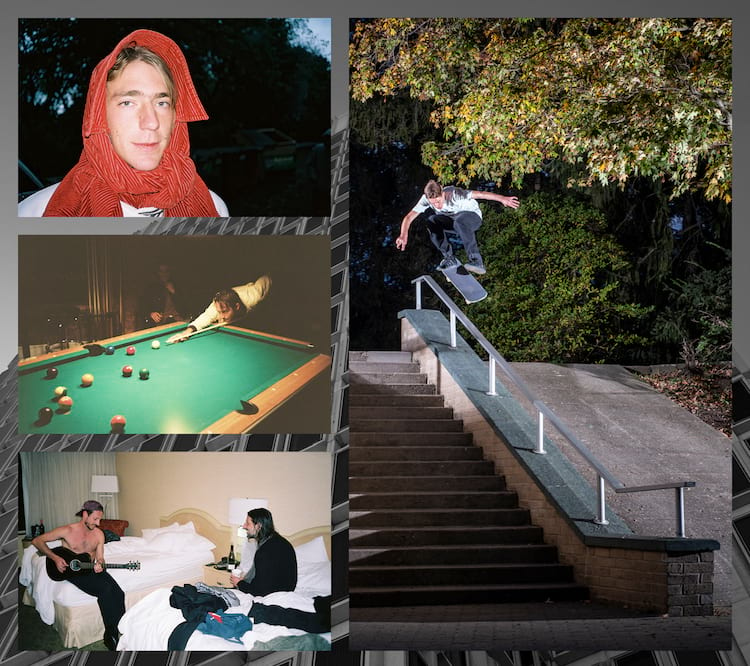 Staying up late, playing pool and guitar should be part of any American road trip, so should Mark Suciu switch flipping over handrails into banks

For two decades, Joe and the rest of the Sovereign Sect have been traveling this route while creating Photosynthesis, Mosaic, Inhabitants, Mind Field, Cross Continental and more—it’s become a tradition. So in 2019, in honor of 20 years of Habitat, Castrucci made the 12-hour drive once again. The current Habitat team is spaced out across the US. Suciu’s came out from NYC while Stefan, Dela and Zac Coyne flew in from California. Kaue, our newish rider from Brazil, was finally able to meet and skate with the team. The new prospect, Sean Evans, who currently resides in Boston, also came down for the first weekend to make acquaintances. Even a special guest, Austyn Gillette, flew in from Germany to hop in the van for old times' sake. 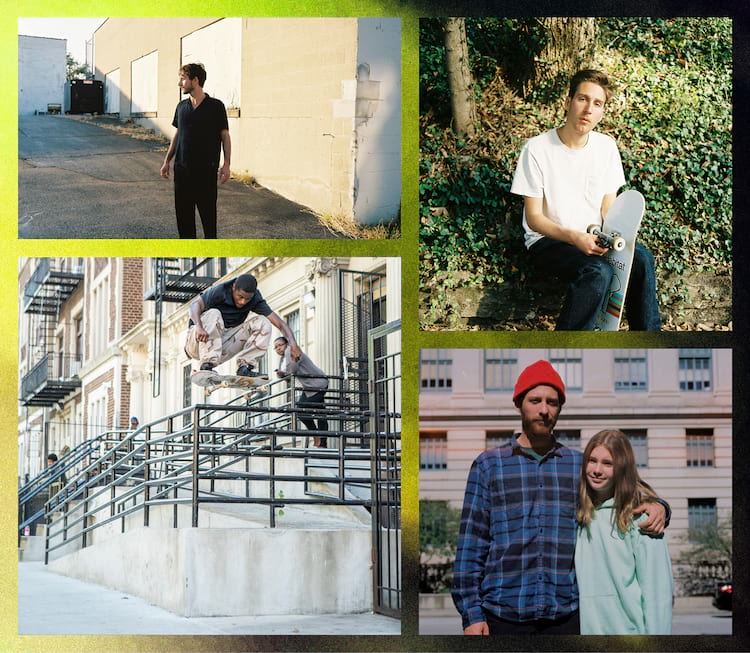 Off to the Midwest we went. Eight people in a nine-passenger luxury van. All in all, there was a quick stop in NJ, two nights in Philly, a night at the Johnson residence, a rainy evening in Pittsburgh and a few days in Cincinnati. We watched Mark surpass a mental barrier before our eyes as he took his technical abilities to the gnarliest of rails. It was a complete onslaught over the course of one week. As the rest of the team packed up to fly home from Ohio, Mark had some unfinished business in Pittsburgh. So Suciu, Schleyer and I got our gear and made the six-hour drive east. Considering the high-bust factor, we knew the likelihood of success was slim. Yet in true Suciu fashion, Mark made his calculations as the sun began to set. He derived his exit strategies after one drop in and a few roll ups. One try later, Mark rolled away from his two-act 50-50, jumping the gap between two rails back to grind. And we were off, back to New York.

The stuff every great tour is made of: wine, stretching, music and split foreheads 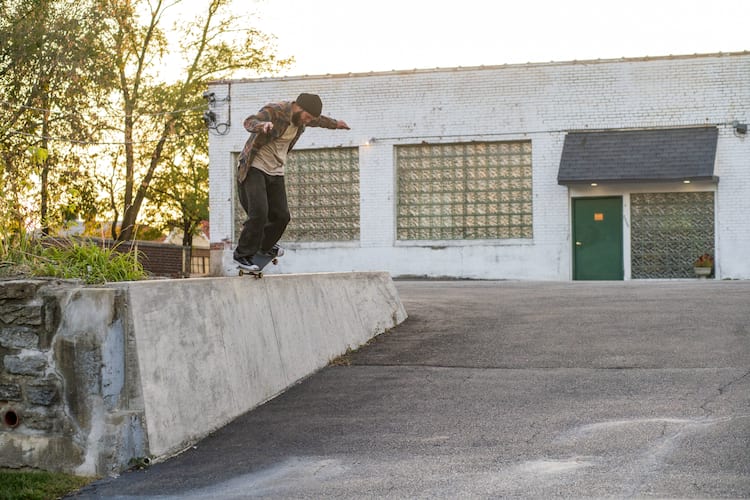 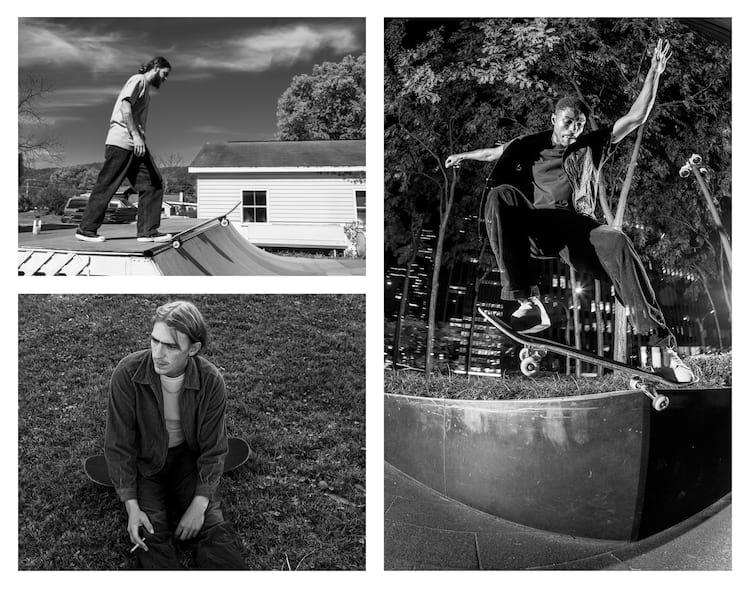 Sean Evans switch crooks while dodging security in Midtown. Zac and Dela start the morning off with a quick session on Jake's ramp before heading to the urgent care for some forehead stitches 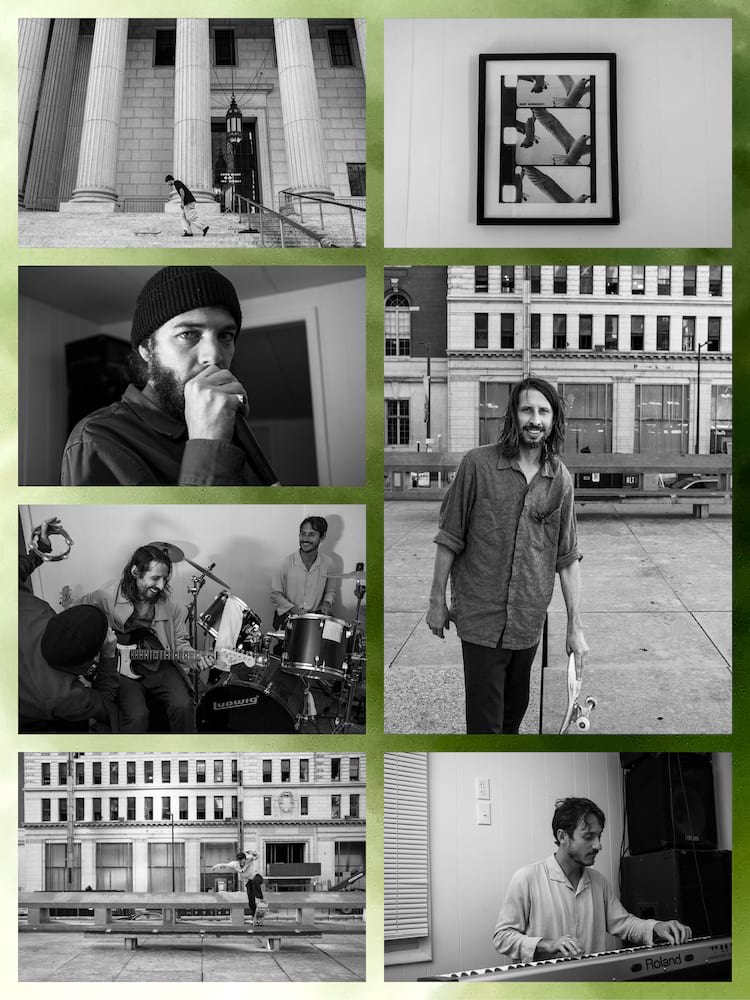 Music and ledges hold a special place in the Habitat canon 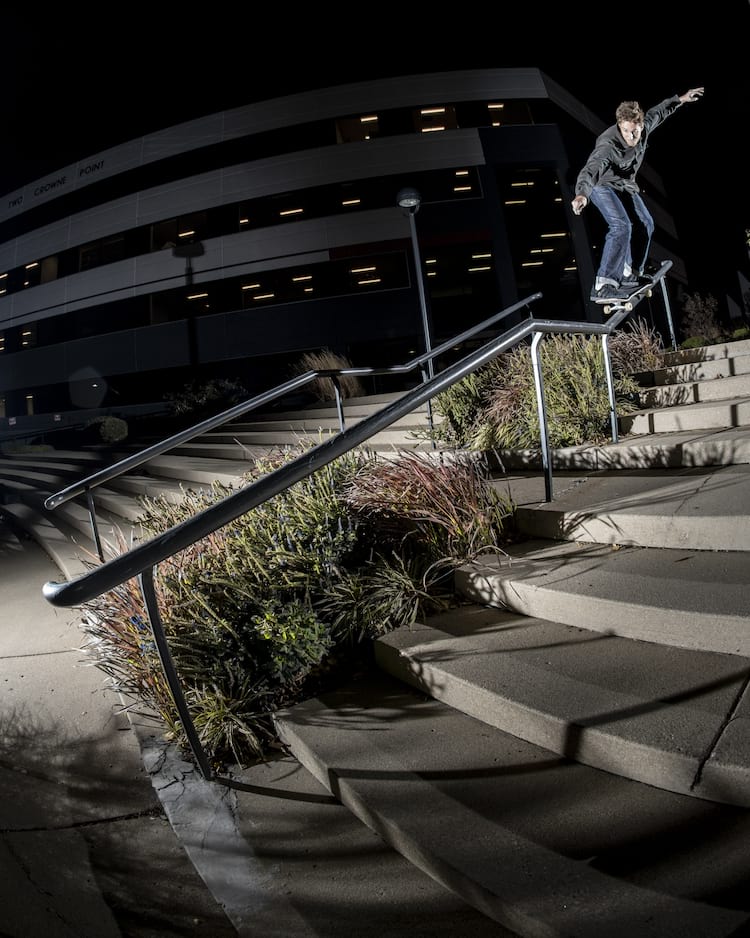 We got attacked by the sprinklers this night, almost losing our lights and camera equipment. Mark wasn’t phased and backside grinded his first legit double-kink 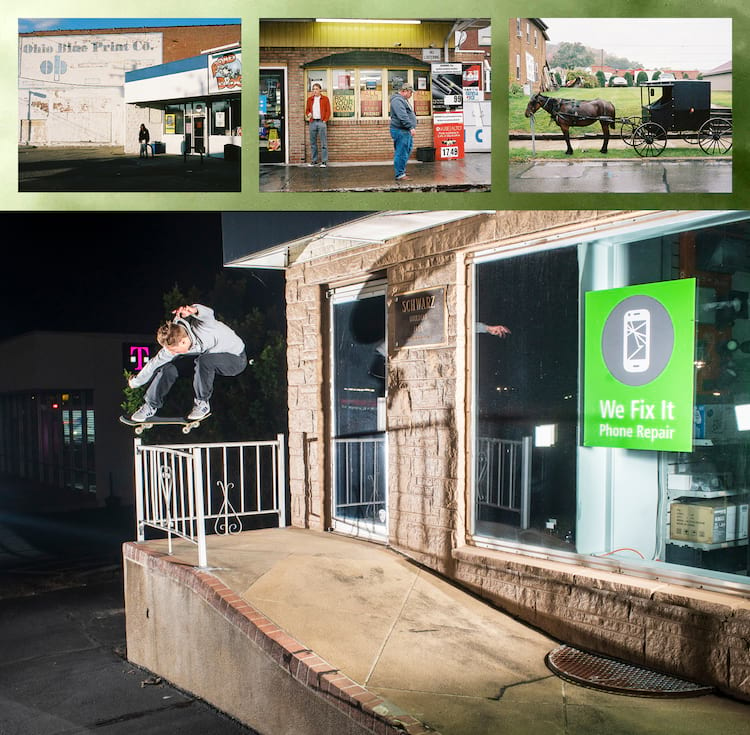 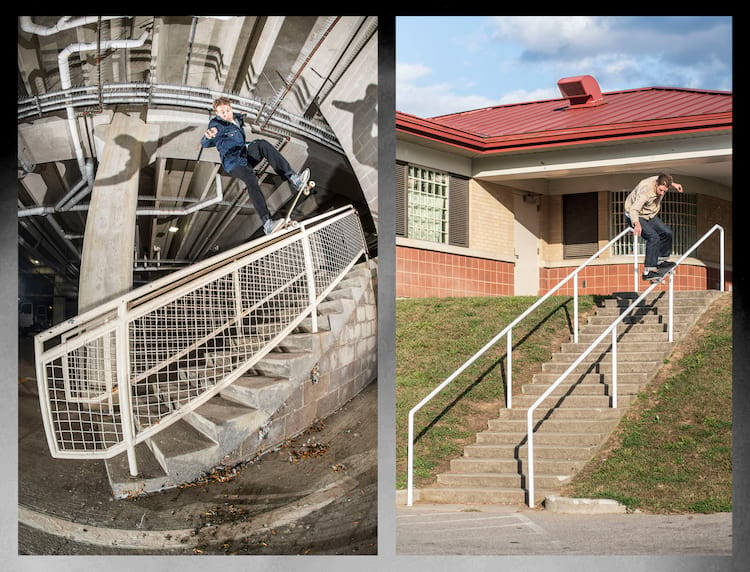 We had some good fortune from the Skate Gods on this trip, like always having a covered spot when it rained. Mark did five tricks on this 13 one night in Pittsburgh before heading east. Getting out of the cover as well, Mark grinded 19 stairs for 2019—he did it twice for fun 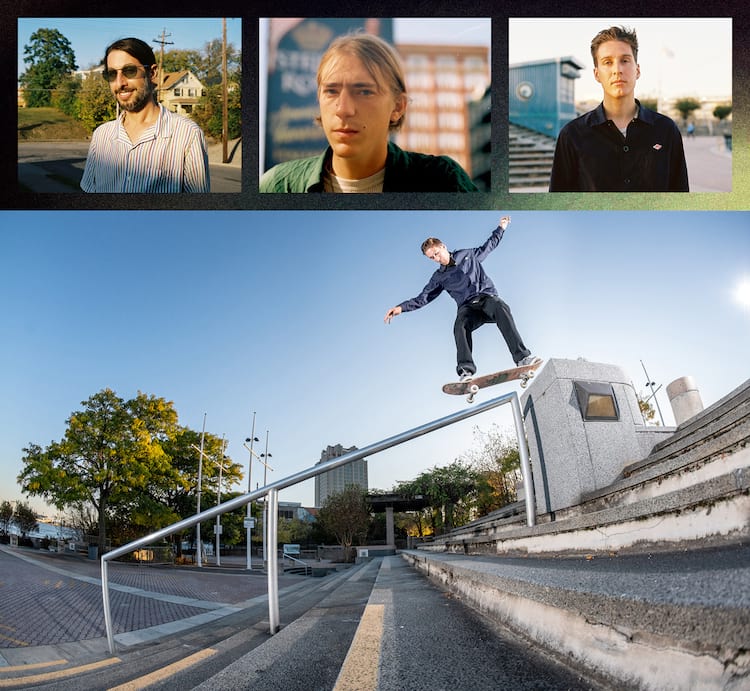 Mark had been eyeing this one for years. He finally stepped to it with a quick ollie up then ride-on 50-50 in Philly 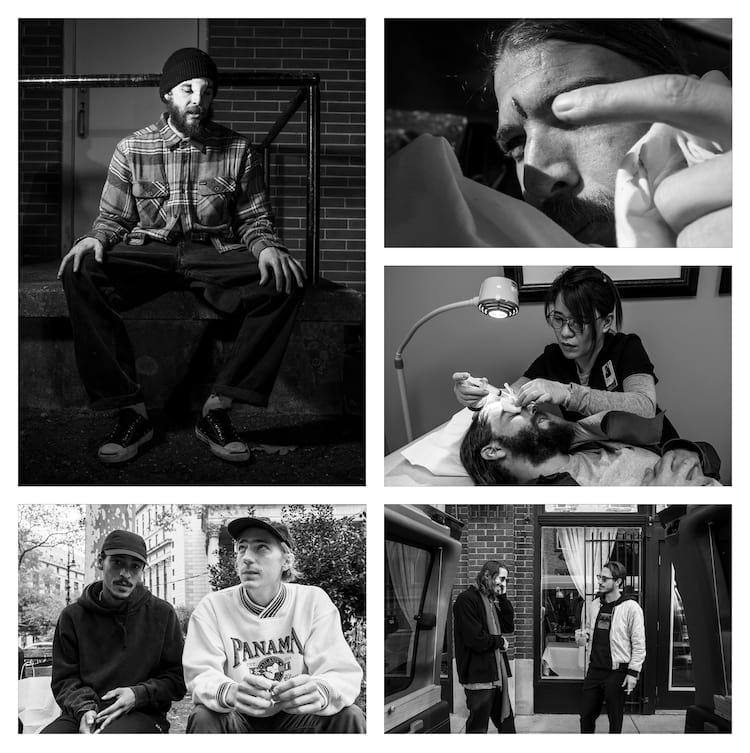 Getting fixed up to skate more, seeing old friends and making new ones never gets old 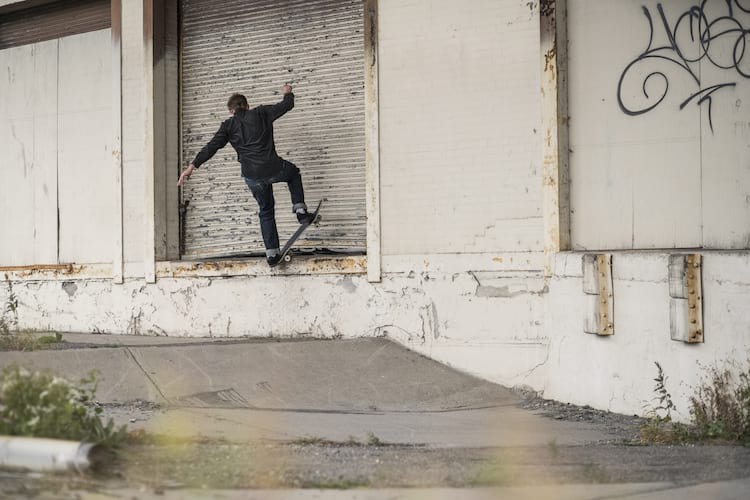 Saved once again from the rain, Mark pinched this 180 fakie 5-0 at a classic 'Nati spot 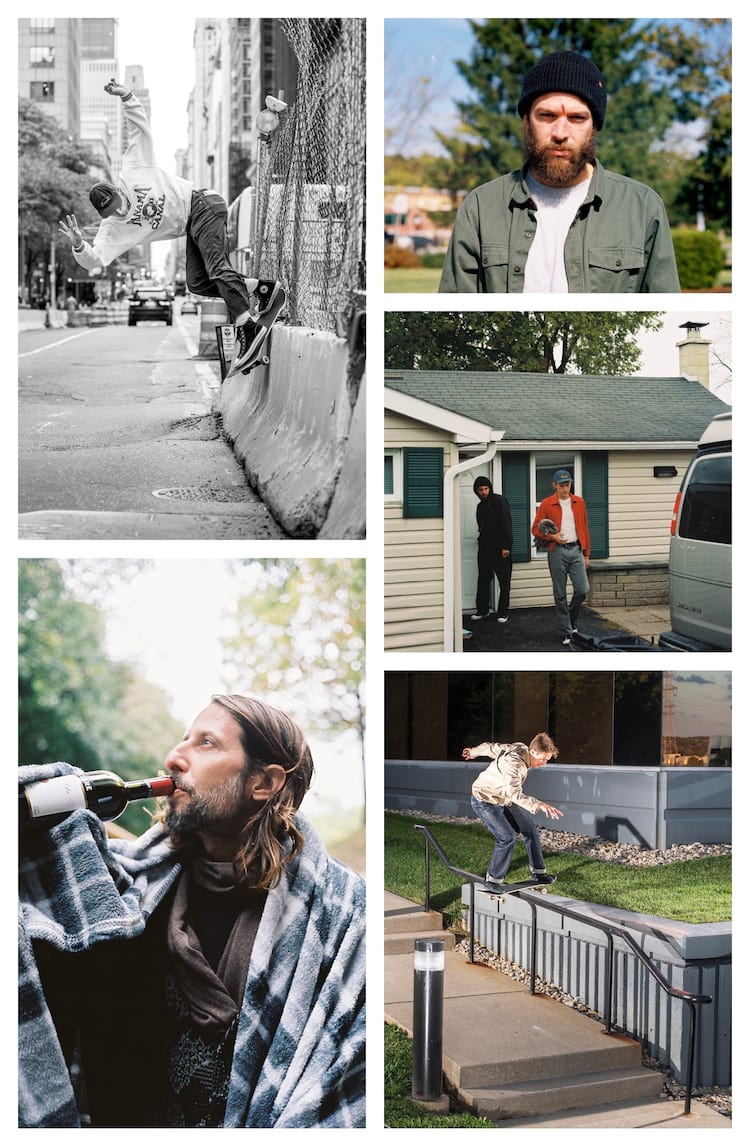 (Top Left) Zac Coyne with a slappy back Smith on a NY piece of crust. (Bottom Right) Mark, sees spots like puzzles, then he just puts all the pieces together. Lipslide to tailslide on the ledge 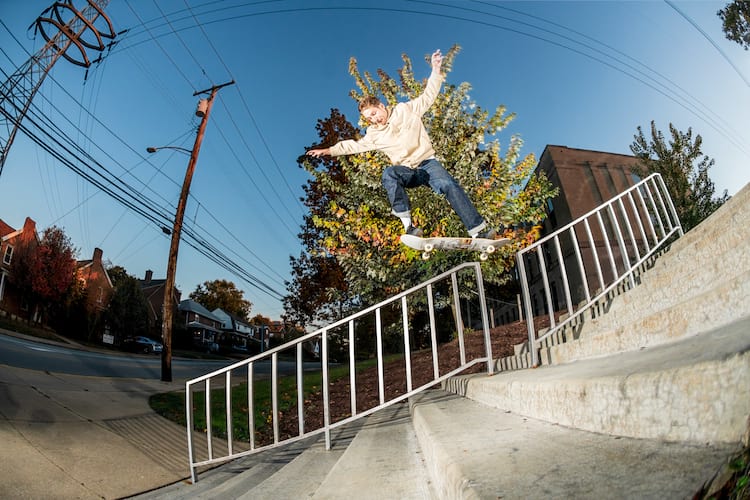 As the rest of the team headed home from Ohio, Mark handled some unfinished business in PA. He really put the icing on the cake with this 50-50 to 50-50

A big thank you and much love to Jake Johnson for his hospitality. 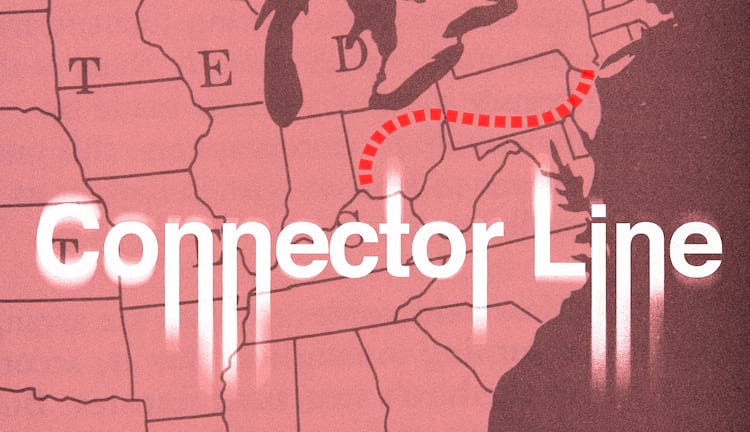