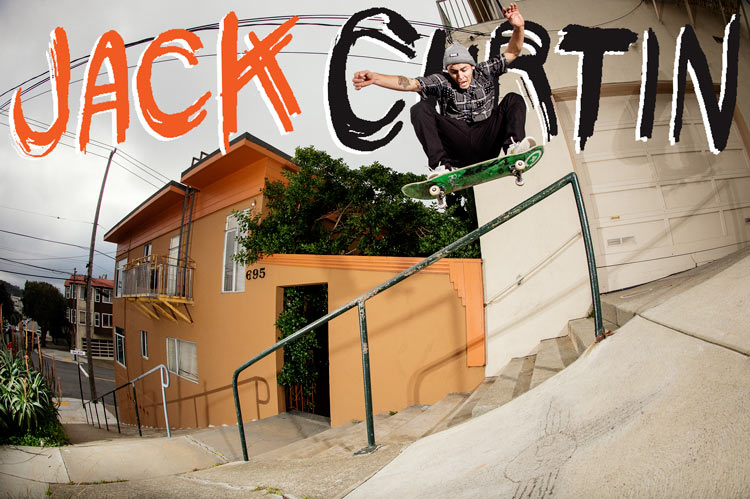 The switch ollie is the first drop of this rollercoaster. Jack did SF proud and bombed the rest of this beast without redirection. We told you he slays

This is your second video part for LRG. Is it weird working on a full-length part for your clothing company?
No, not at all. I’m excited for this one. It’s a different vibe from the last one and we got a solid crew. Everyone’s been killing it.

What was the most memorable trip you took while filming for this video?
Cyprus was the most unique place we went, for sure. It was so different than anywhere else we’ve been. We stayed in a fat-ass mansion, BBQ’d, and had a loaner dog. We also went cliff jumping into turquoise water, Carlos tried to wheelie on a wheelchair down a six stair into the pool and Joe Brook got hit in the face with an orange. Great times, man.

Who on the team gets you the most hyped to skate?
I love skating with Tommy. He will go to any spot and attack the rail or stairs right out the gate.

What’s the best Gunz story you got?
Holy shit, man—there’s too many. Probably the night of the Vans premiere in Shanghai. He walks into the premiere before the video starts, pops a bottle of champagne in front of the whole audience and starts chugging it—and the crowd goes nuts. Then on his exit he moons the whole crowd. It was hilarious. After that we all got on the Vans party bus and he broke out his X-rated hammered freestyles.

Whose part are you most hyped to see?
Probably Miles. He’s definitely one of my favorite skaters right now.

At one point you were filming for two major videos at the same time. How did you balance that out?
It’s hard to balance, for sure. You go out get a trick with your part in mind, then it gets hard ‘cause you have to remember what you get for each. The traveling got a little hectic, too. It worked out, though. LRG was always down to help me out with footage, letting me use stuff I filmed on LRG trips for the DGK video. But as soon as Parental Advisory was over I went straight into filming for 1947, so there was no break. Just back to back so this has been a long grind. 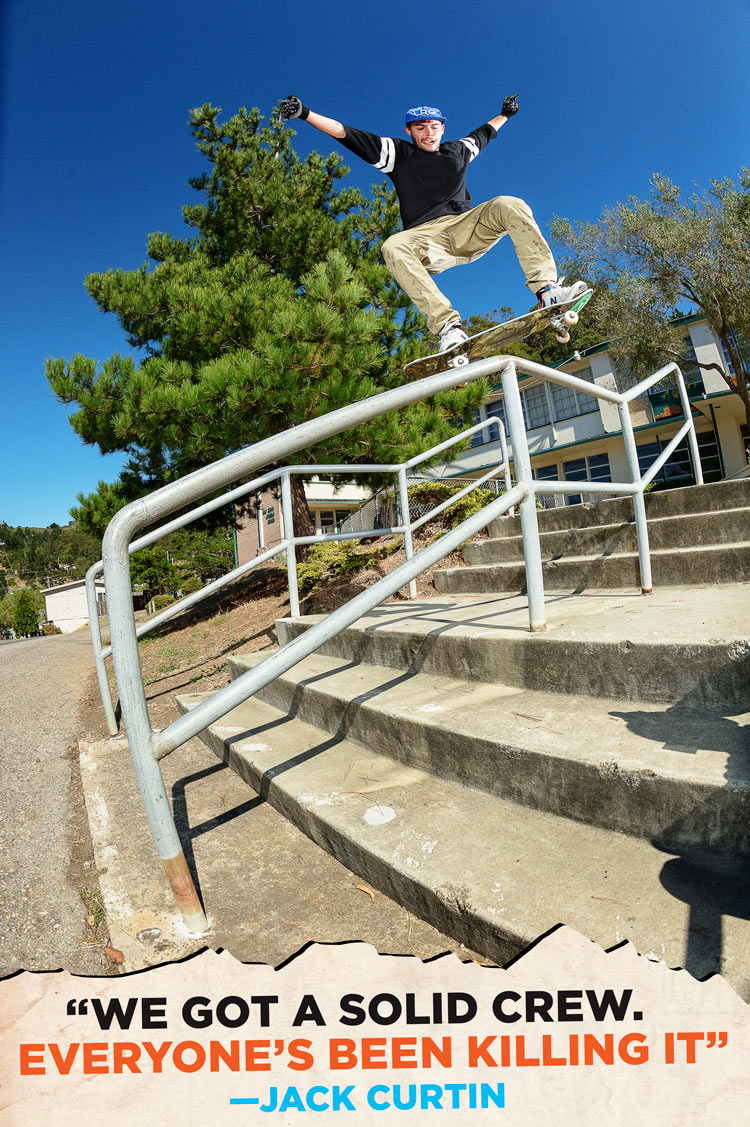 Definitely not out of his league. Jack cracks a switch lip at a dreamy double. Gloves on means the landing’s fucked

How’d that go down? You’ve basically been on since it started, right?
Yeah, for 12 years. Basically since Stevie separated himself from the company things started to get different. I kinda felt myself and the brand going in different directions. I just wasn’t really feeling the vibe anymore. They wanted me to do more for them but I felt like I wasn’t even in communication with them. I was just up here in SF. I didn’t know what was going on with the brand. We weren’t going on any trips or anything. Then I just got a phone call out of the blue saying that they were making budget cuts and changes to the brand.

That must have been a shocker.
Yeah, but it’s cool, though. I wasn’t really bummed. I was kinda relieved in a way. I was already kinda thinking about going in a different direction than the brand. It’s weird ‘cause I’ve been with them for 12 years, man. That was my board sponsor that turned me pro, so there’s definitely moments that I trip out, like, “Damn, that’s crazy I don’t ride for DGK anymore.” But I feel it’s better for me because now I can represent myself the way I feel most comfortable and not just have to fit into their marketing scheme.

What’s next?
I’ve got some opportunities that I’m really excited about, so we’ll see what happens.

Once the pressure’s off.
Yeah, exactly. I just want to go out and skate and see what happens. All in all I’m super hyped this video is going down. The team is amazing. We’ve had some of the greatest memories traveling making this video. Its going to be dope. Its just a milestone to look at. I’m hyped that LRG supported us and made this video a reality.

Considerably more dangerous than riding a wheelchair into a pool, Jack takes the road less traveled on a fakie ollie 50-50 over the back of a Barcelona rail. Pop, pop!