Wednesday evening, skateboarding’s finest made their way out to the Los Feliz Theater in Los Angeles to get a sneak peak at Jim Greco’s new film, Jobs? Never!!, as well as to celebrate his new pro model shoe by Supra. Jim has been known to switch up the traditional formula of a skate video by releasing interesting short films, this being no exception. Greco recruited filmmaker and long time skate photog Tobin Yelland to film the super 16mm footage as well as Joey Sinko who handled the digital side. Featuring the ominous backdrop of downtown LA paired with footage of Greco and Tom Penny skating Rome, this piece hit home for many and isn’t one to be missed. —Alex Papke 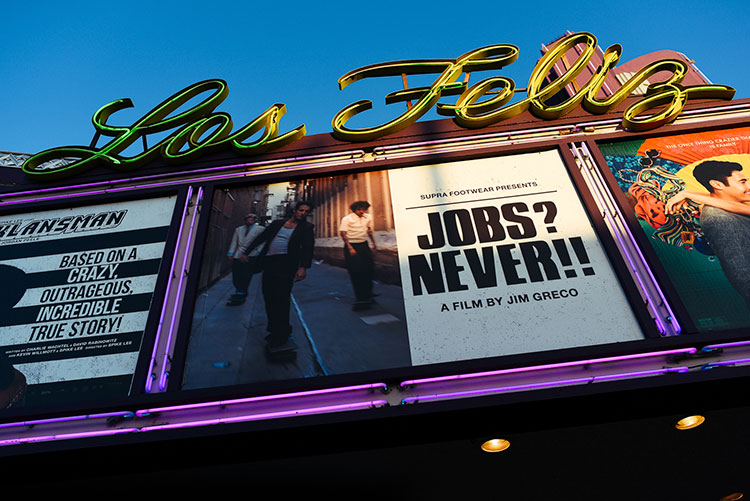 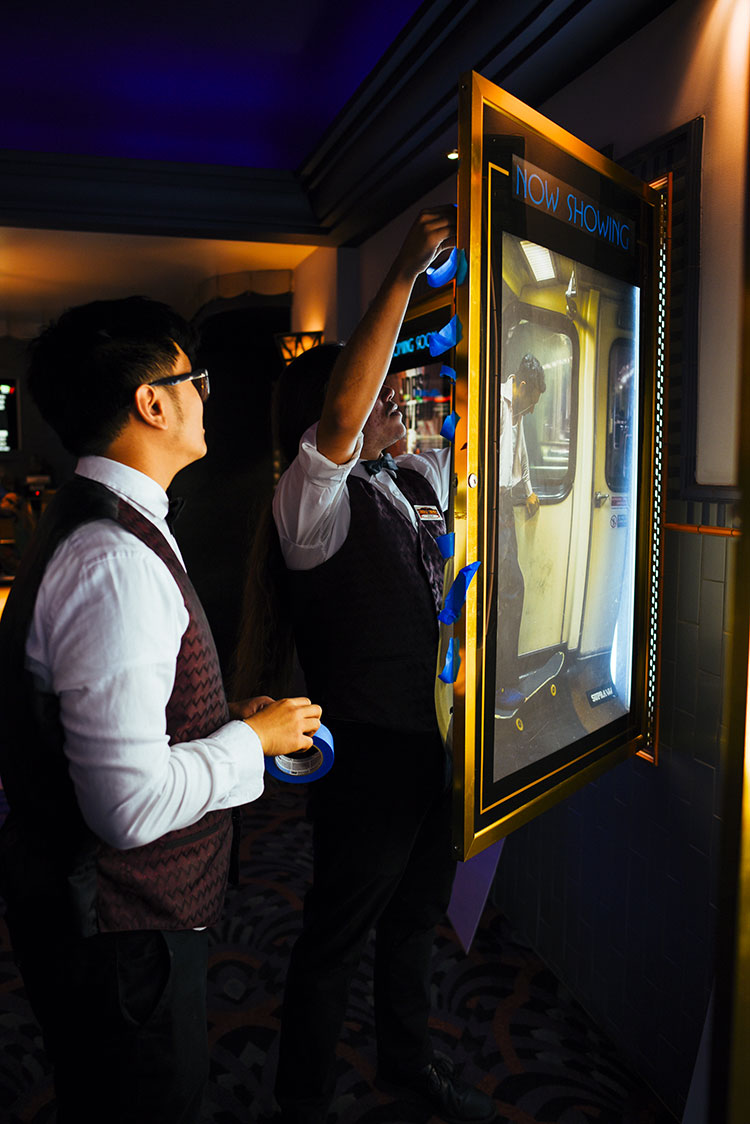 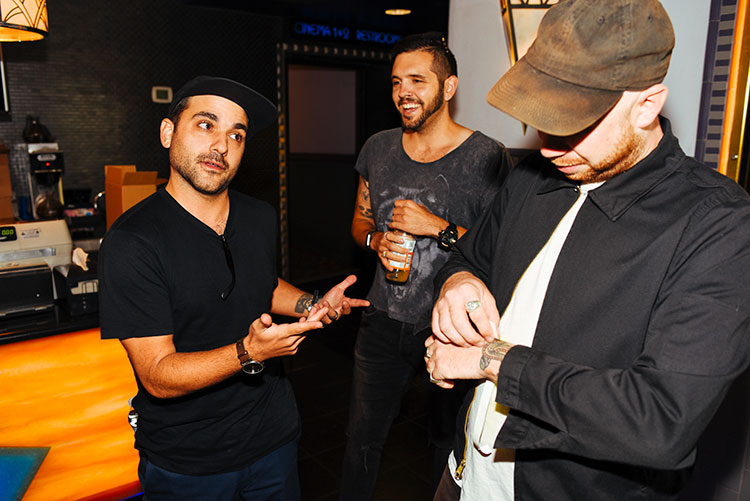 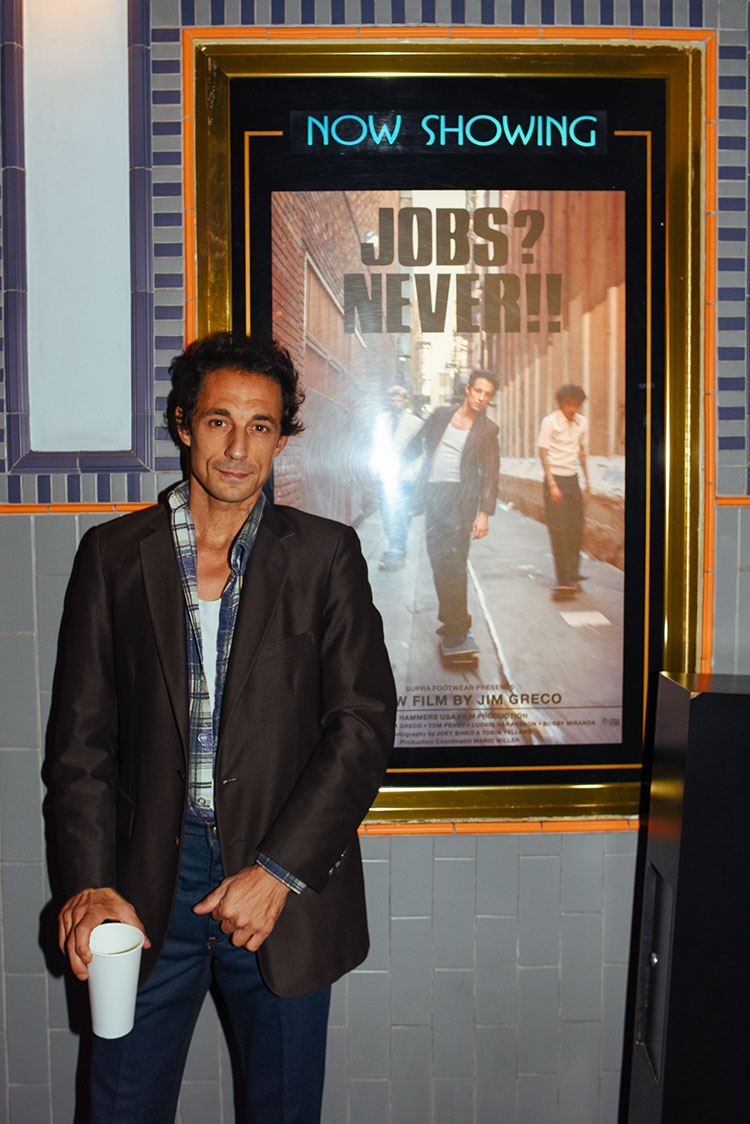 The man of the hour showing up just in time 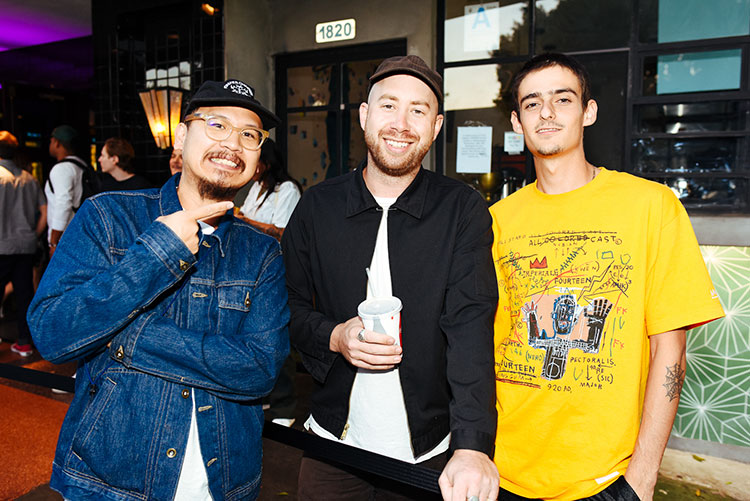 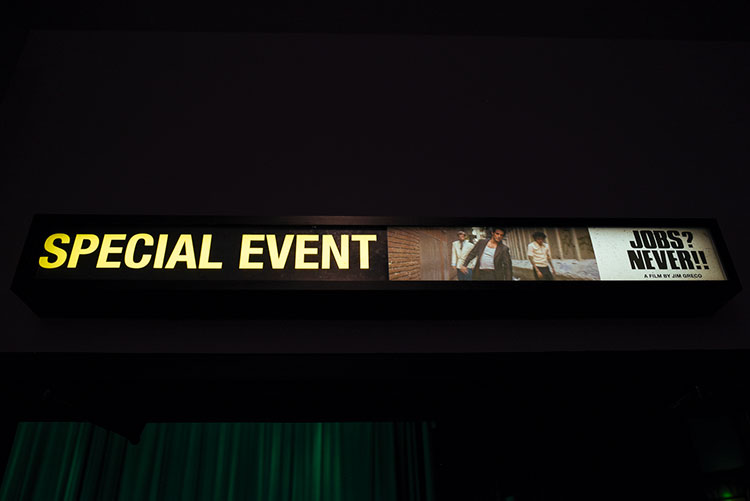 When Jim makes a new film, you know it’s going to be special 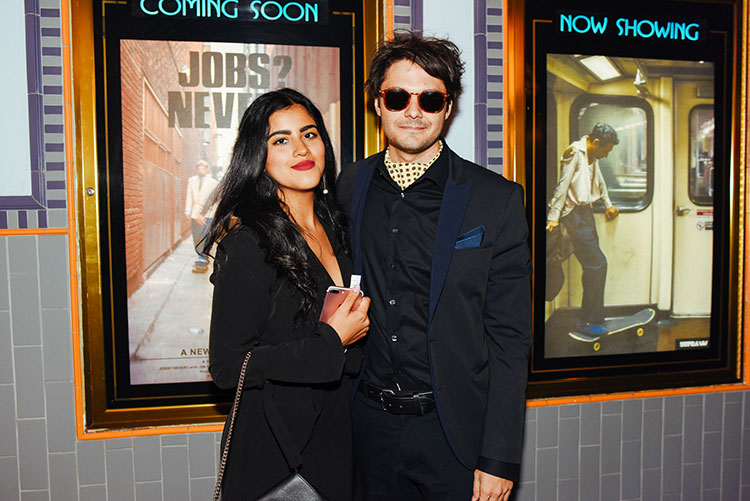 Best dressed for the evening was a tough call, but Joey Sinko took the gold 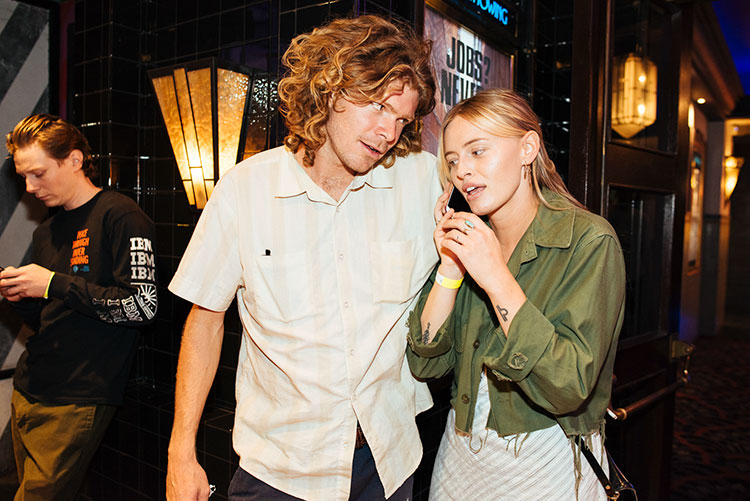 Kirby making sure Baleigh finishes her call before the movie starts 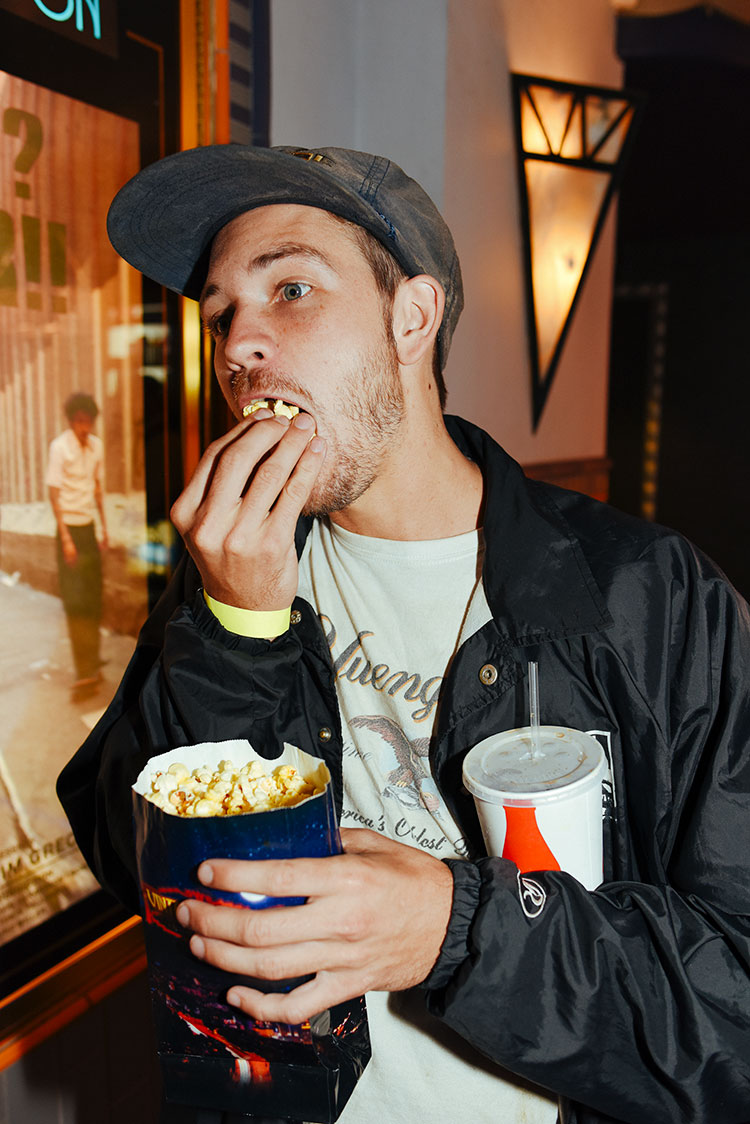 Popcorn and a Coke, a must-have for any moviegoer. Chad Poore wishes it was a Yuengling 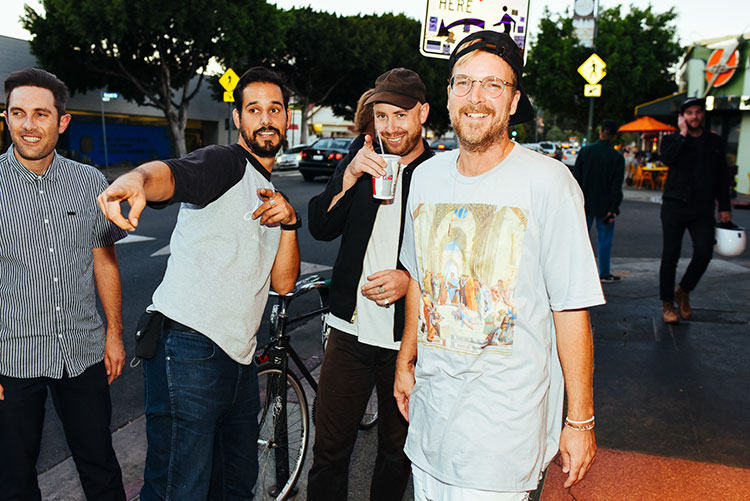 Paparazzi is an everyday thing for the Muska, nothing new here 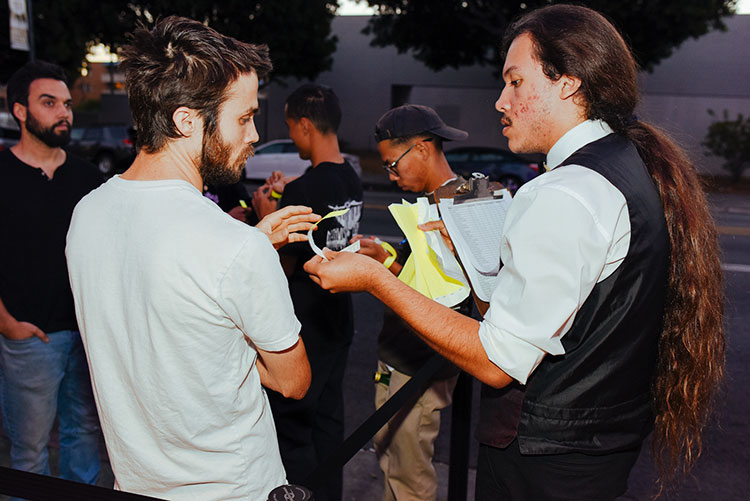 “Yes, you’re going to need this to get in” 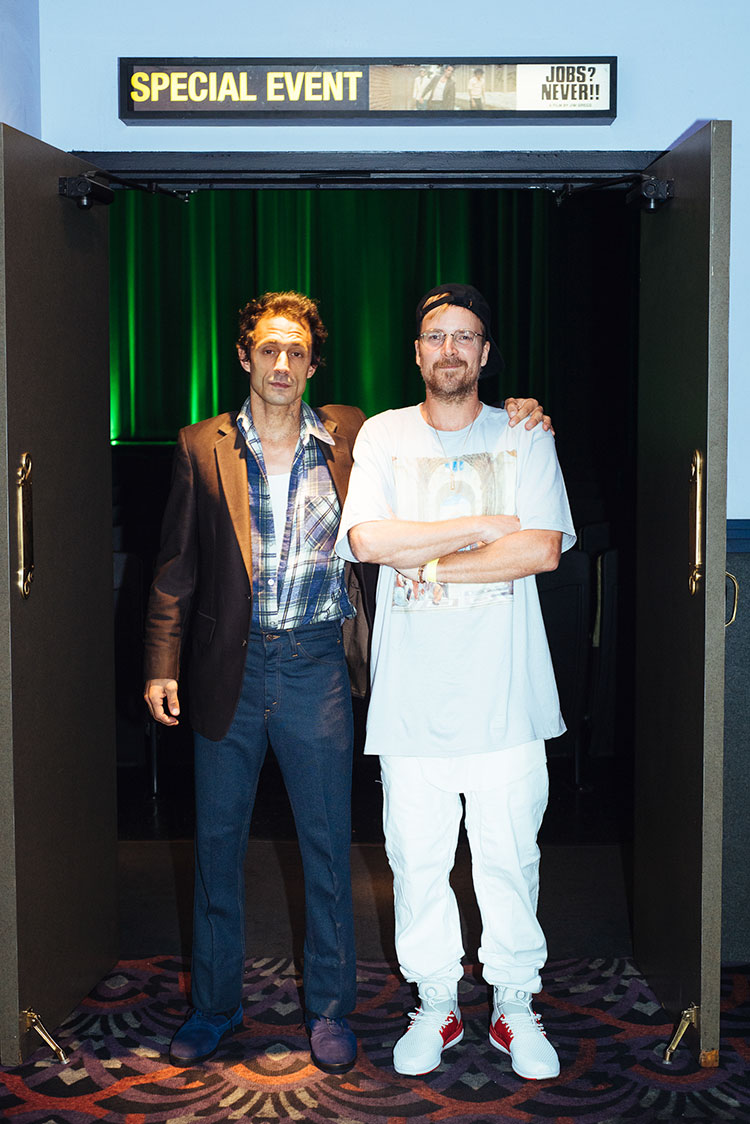 Greco and Muska—two of the best to ever do it 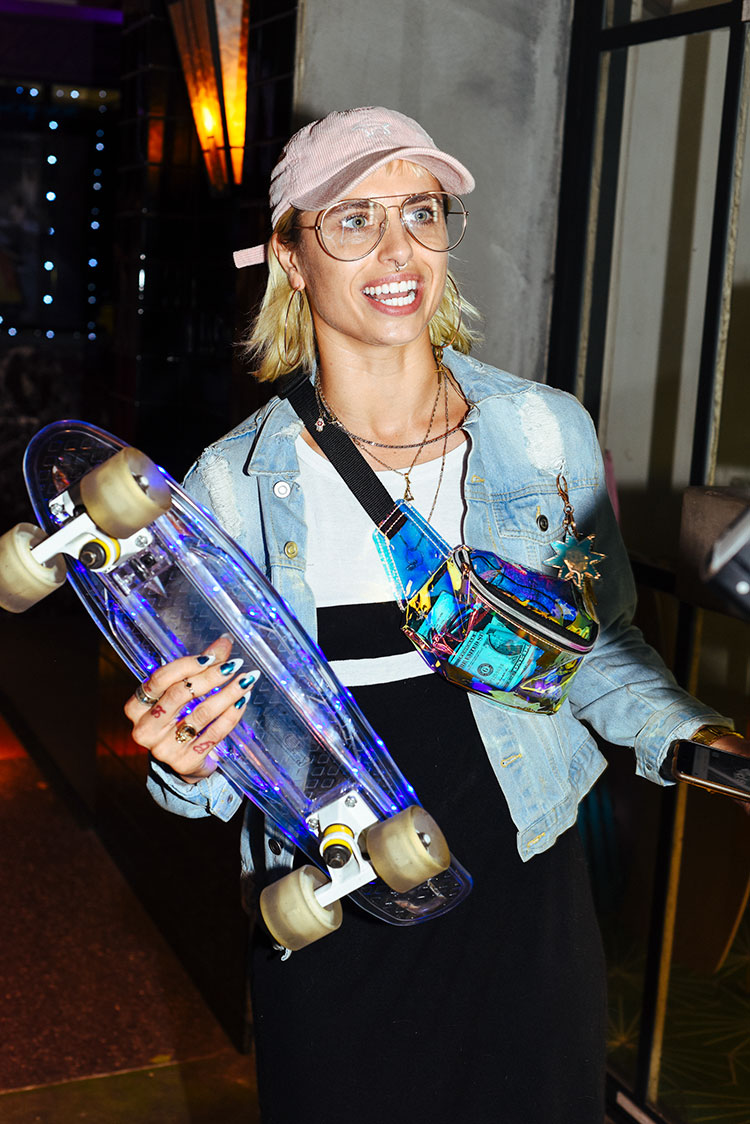 You get all sorts of crazy folks at these LA things 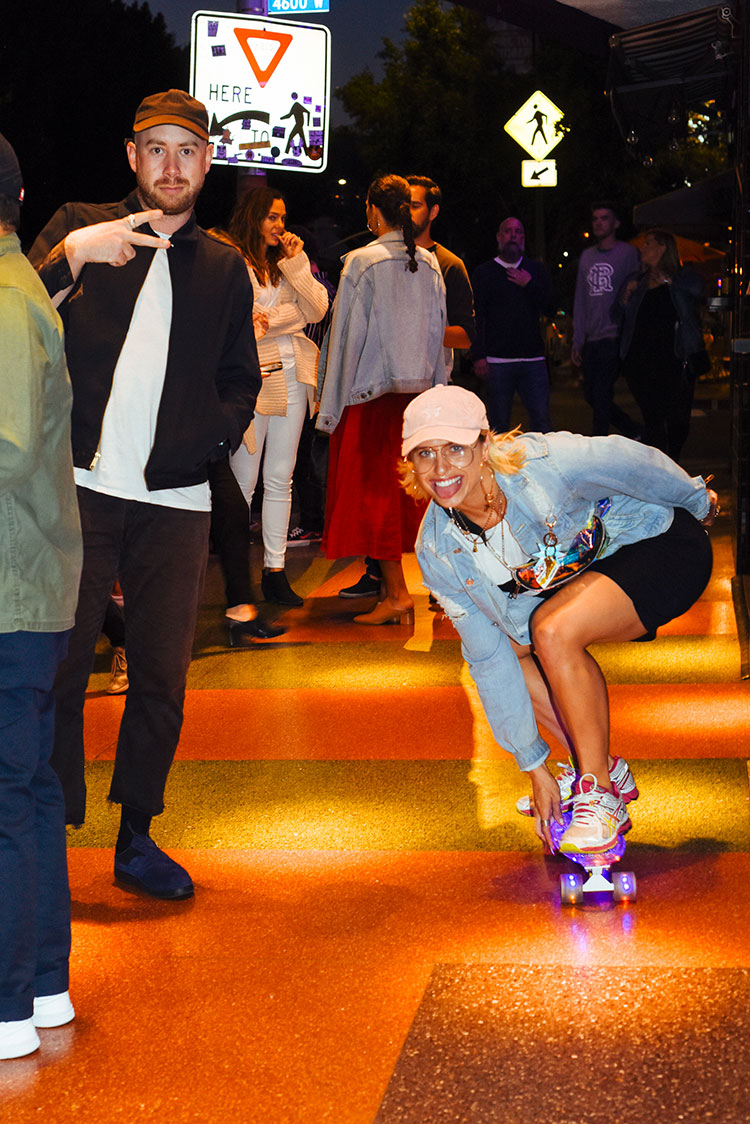 “This if for Thrasher? You have to shoot a photo of me on my board. It lights up!” 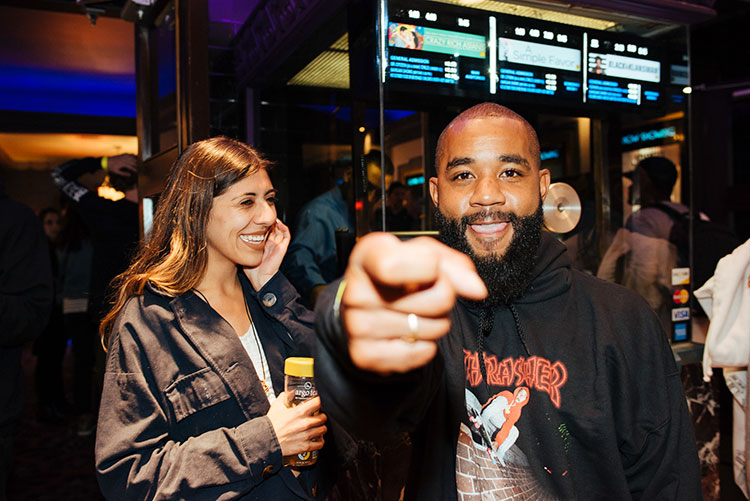 Wouldn’t be a party without Windsor James! 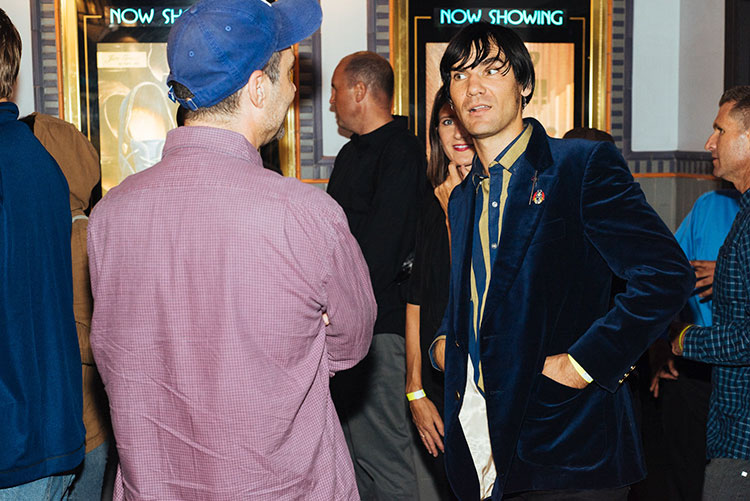 The crowd starts making their way into the theater. Duffman came down from the Bay Area for the premiere. He was a close second place for best dressed 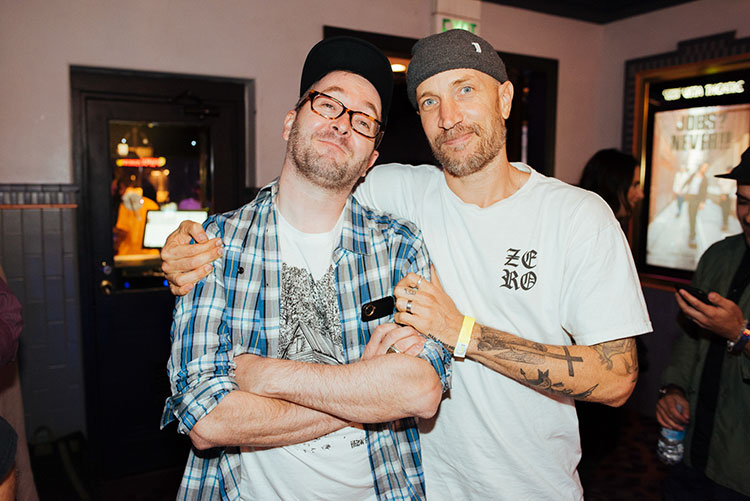 Mark Foster and Jamie Thomas in the house 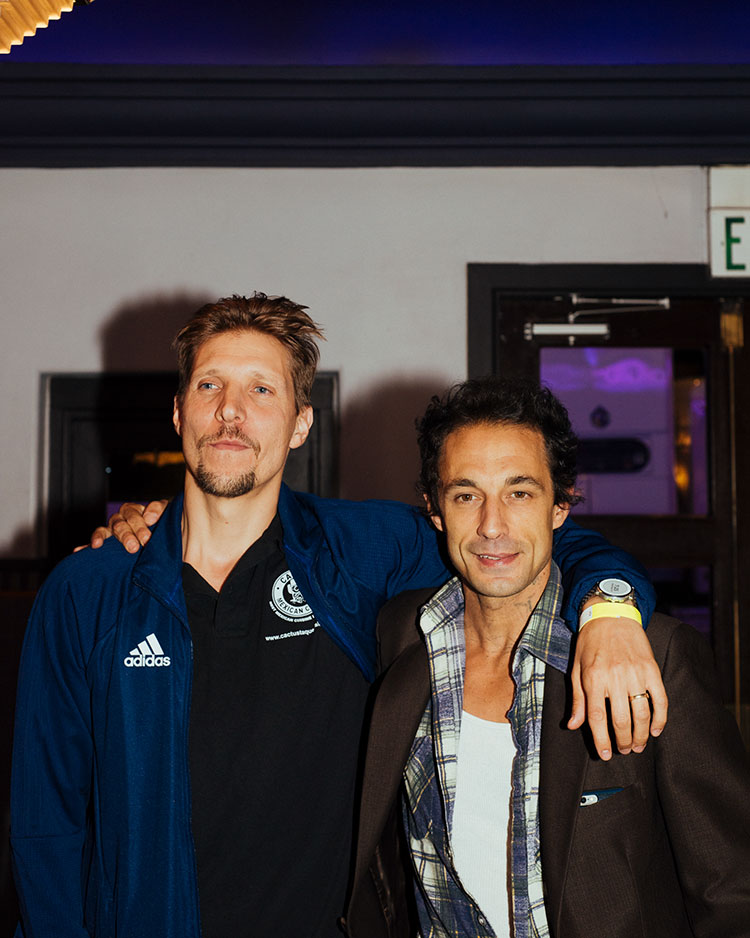 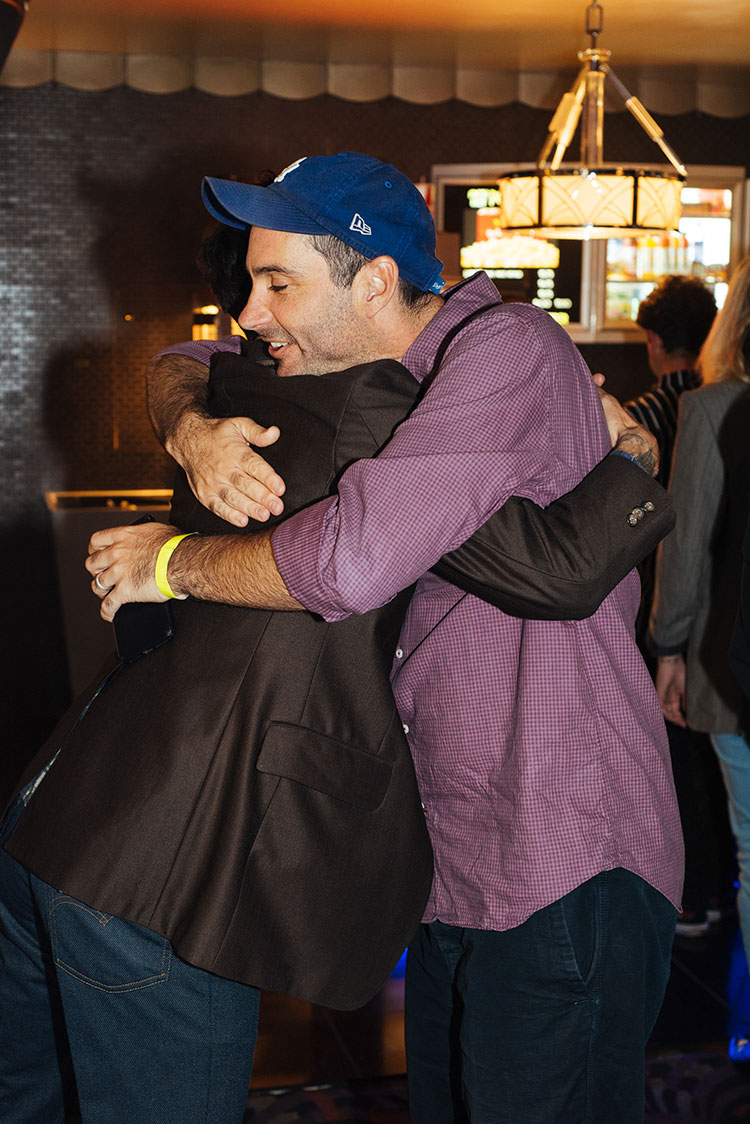 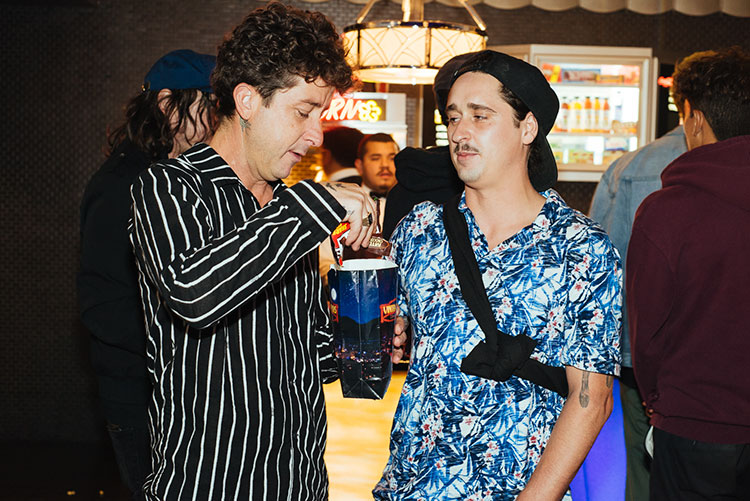 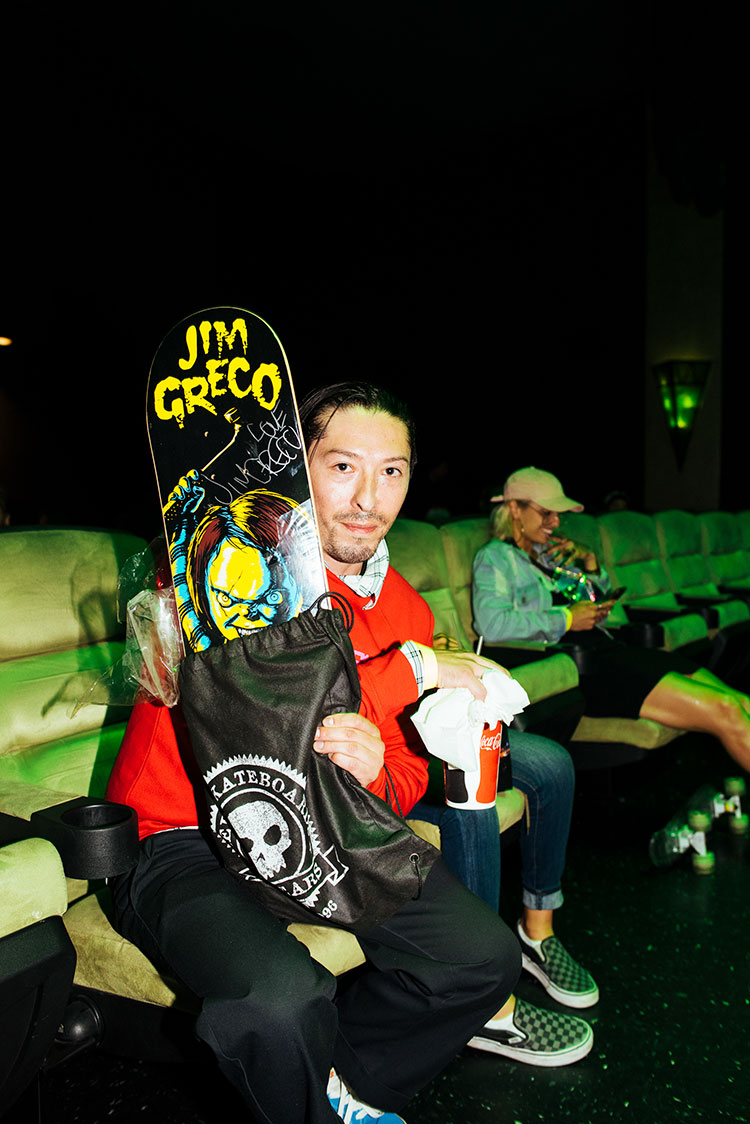 Freshly signed, just in time for the video to start 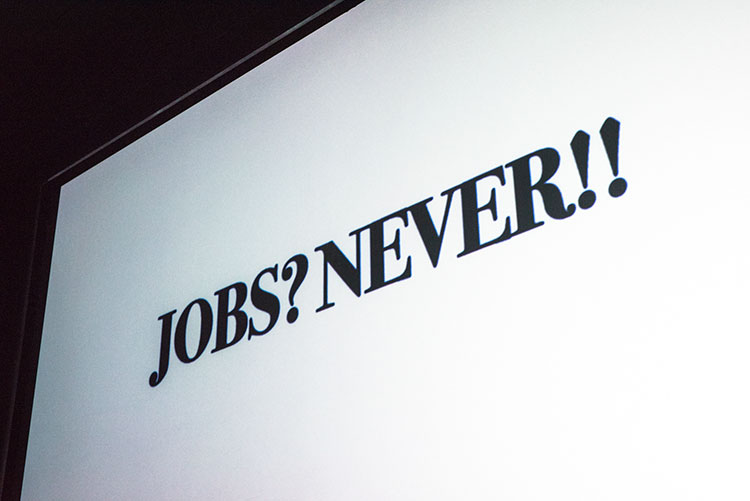 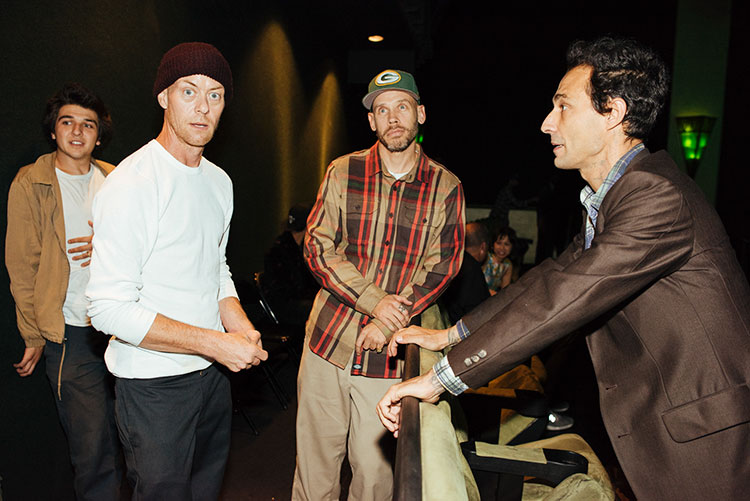 Post-show review: MJ was blown away and Shane couldn’t wrap his head around it. That must mean it’s good! 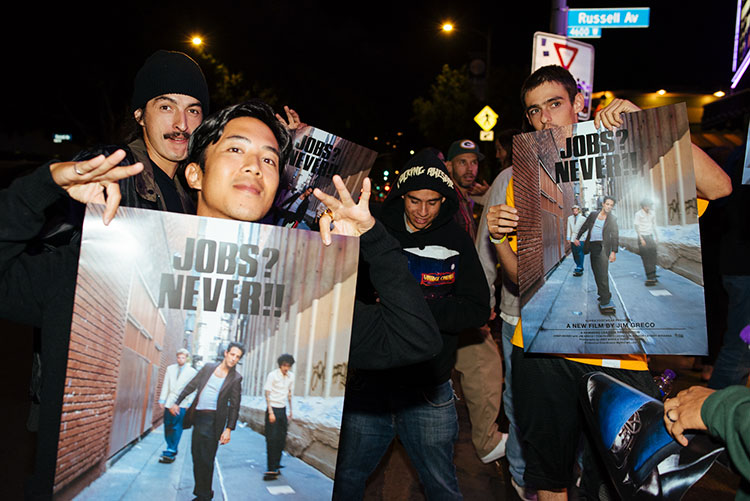 Wouldn’t be a premiere without some free merch. Gotta grab your poster on the way out! 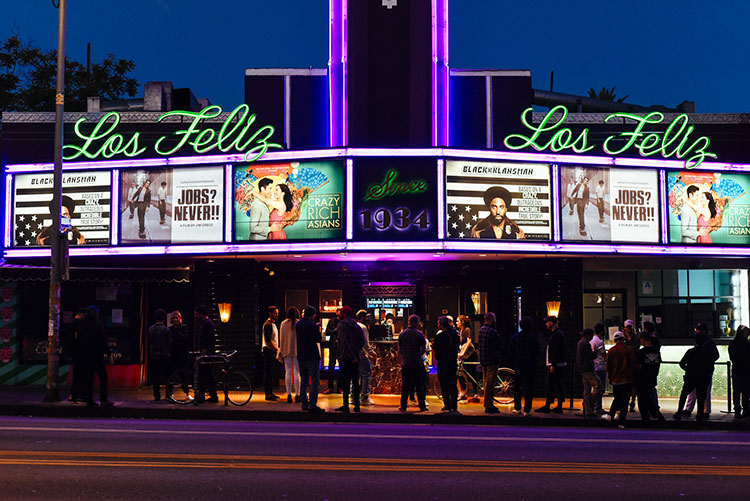 Thanks to everyone who came out and shoutout to Supra for throwing a great event. Don’t miss Jobs? NEVER!!, it’s a good one and it’s premiering online today on this very site!