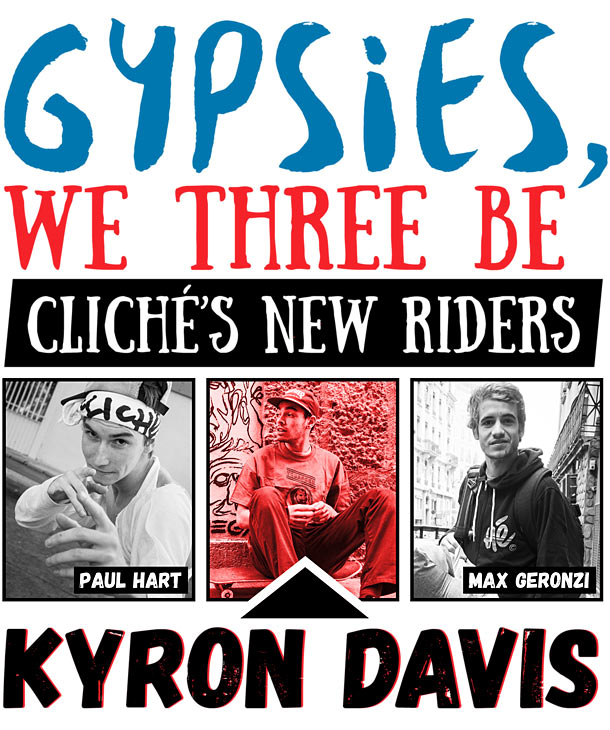 Have you ever met another Kyron?
Never! But I’ve seen a few on Facebook and Instagram. One dude hit me up because he was tripping out. 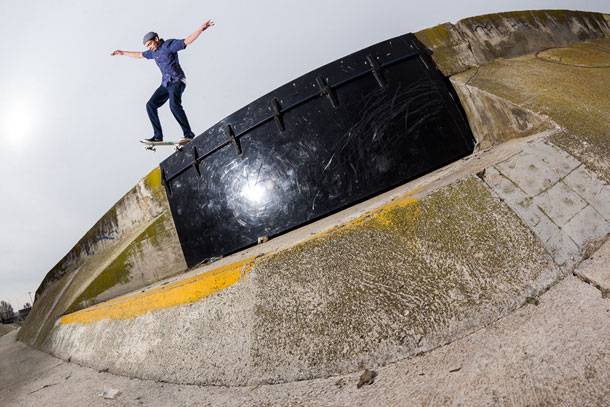 How did you get on Cliché?
A friend of mine in England knew I wasn’t getting any boards at the time, and he spoke with Dwindle who happened to be looking for someone in the UK to put on. They asked my friend which board brand he thought would suit me the most and he said, “Cliché.” One day I was meeting up with him to go skate and he just gave me some Cliché boards, like, “Here you go. The Cliché dudes wanted me to give you this.” That relationship just progressed. The boxes got bigger and more frequent. I went on some trips with them, you know? 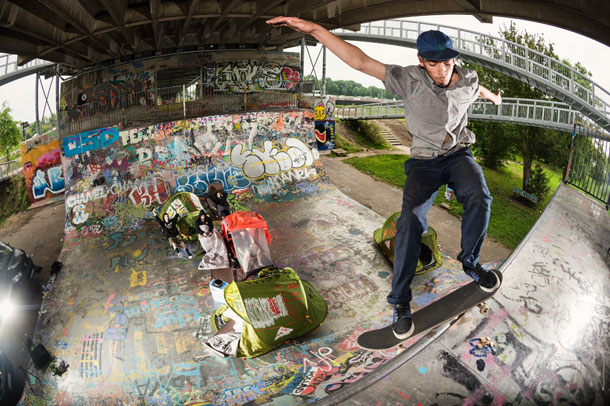 When was the first time you actually met the team?
About four years ago they came down to London.

Were they trying to convert you to being a gypsy?
Nah, they never said that. They said, “Do your thing. Have fun but get shit done at the same time.” Nothing was really ever discussed, actually. I was kinda shocked. It was, like, just keep doing your thing and we’ll help you out whenever you want—pretty mellow. And then I gradually kept going on more trips and skating with the guys more. 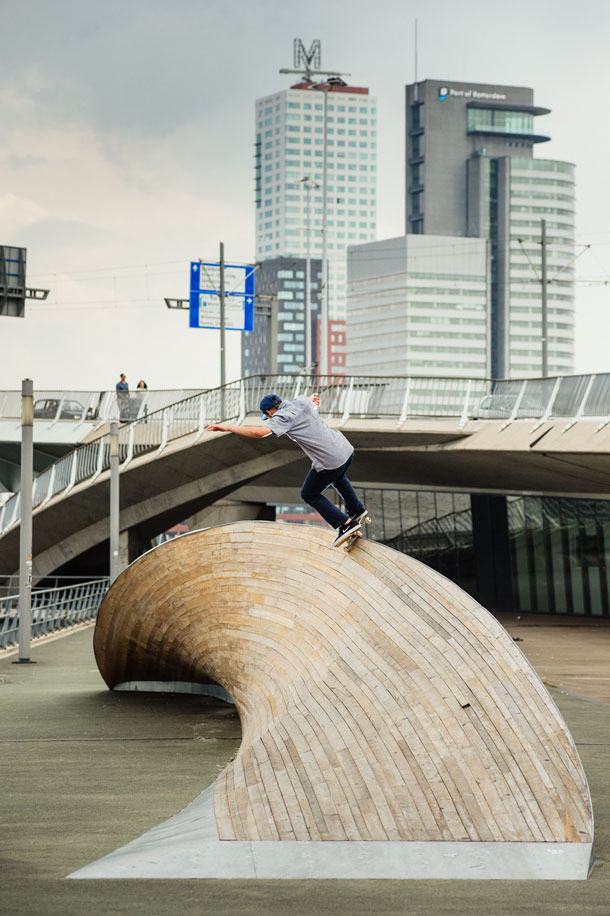 It is weird being on a team with a bunch of Frenchies?
Everyone’s got their judgements but I had never been to France before. There’s the English/French rivalry from back in the day, but I never really thought about it ’til now. The only thing that was nerve-racking was not being able to speak any French. Lyon actually reminds me a lot of London.

How long have you been filming for this video?
Just about a year; it’s a quick project. They want to release a bunch of quick videos in succession.

Do you know why the video is called Gypsy Life?
I don’t know. I think it’s because of the Gypsy Tour we had but maybe there’s a deeper meaning that I don’t understand yet. That’s what Cliché is sort of about. Most skateboarders can relate to that life when everyone’s pretty broke on trips—hitting the road without much money and just trying to skate. I think every skateboarder goes through that at least once at some point. That’s the way I grew up and I’m used to it: sleeping on my friends’ couches and being broke but trying to skate as much as I could. It’s funny because going on the Gypsy Tour was pretty similar and it was the best time of my life. 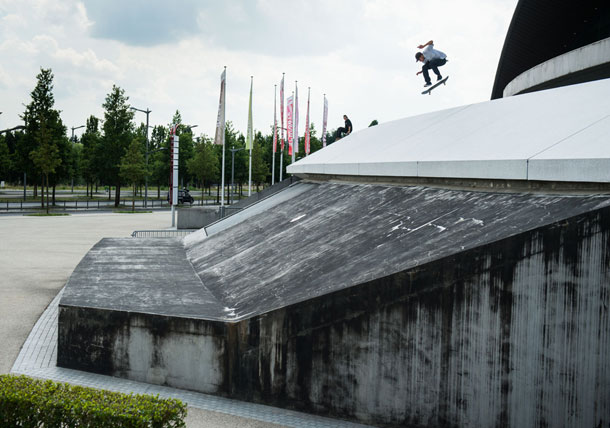 And this was your first Gypsy Tour, correct? Do you have much actual camping experience?
Yes, first one. I’ve camped a few times but nothing like this. It was rugged as fuck!

What were some of the highs? Lows?
Highs: when Dan got fucked up on munchies and we got gypped. Lows: trying to find spots to set up camp after a long day of skating, driving and sweating. 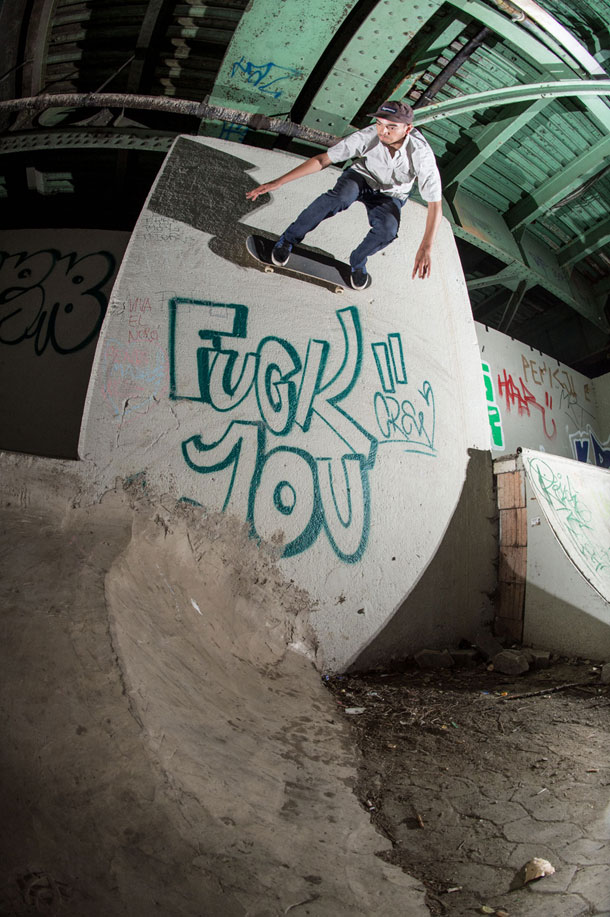 Who was this years MVP and LVP?
Chet was definitely the MVP ‘cause he is the funniest man I ever met and he’s good on and off his board. LVP would have to be Lem ‘cause he cried the whole time he was staying with us.

What’s your advice for future participants?
Stick with baguettes, ham, cheese and the cheapest wine you can find and it’ll be easy.