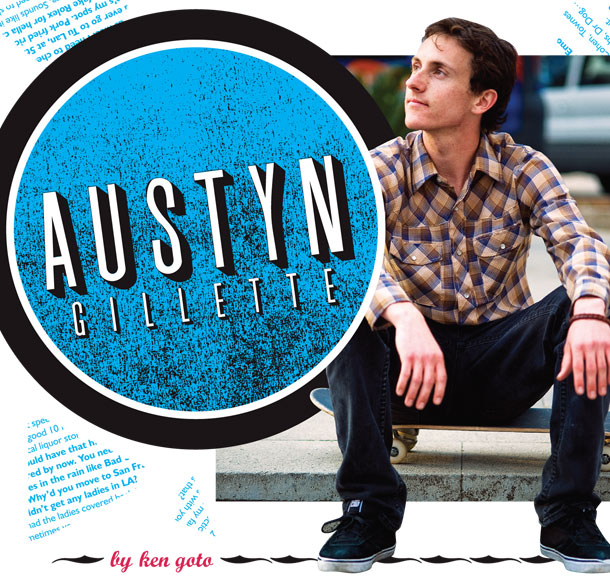 Sup, Baby Dick? How’d you get that nickname?
Brennan Conroy needed a name  that would belittle me, and that’s what he came up with. Old guys gotta have something to say, and when all else fails,  they talk about dicks.

How long have you been skating?
10 years…

One sec—talking to my lawyer.
Trying to get that green card?

Damn right. You want to marry me so  I can be a US citizen?
Only if you make me egg-drop soup for life.

That could be arranged. Are you tight with Sheckler?
Of course. He’s my spotter.

"It's a bit more real than Orange County"

Weren’t you on Hawk clothing?
I was. I never hung out with Tony, but I heard he’s cool. I was at a Quiksilver photo shoot in San Diego where  I was around him for two hours, but we didn’t say a word to each other.

Do you think he was intimidated?
Most likely… Hell no! I just didn’t know what to say.

I heard you ate shit trying to bomb  some hill.
I did. Got speed wobbles and slid on my left side for a good 10 feet, and then got laughed at by the local liquor store lurkers.

You should have that hill bombing skill mastered by now. You need to be bombing Dolores in the rain like Bad Shit, my son. Why’d you move to San Francisco? Couldn’t get any ladies in LA?
I had the ladies covered back home, but sometimes you got to keep it moving and test out new living conditions. SF is amazing, man. It’s pretty ideal for skating, and living in general—it tends to be a lot easier getting places, which is convenient. It’s a bit more real than Orange County.

How old are you?
Eighteen. Chest hair coming in. 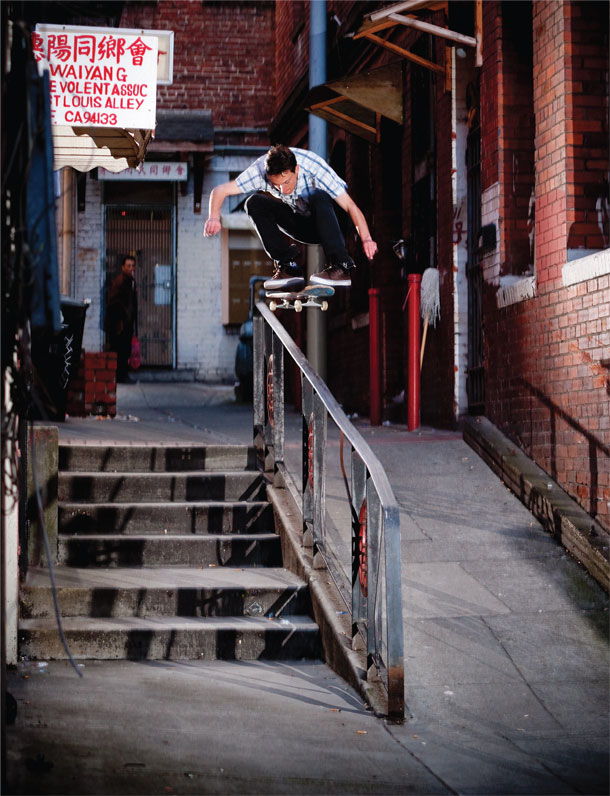 How come you act like you’re 45, then?  I mean, you’re not an average 18-year-old kid.
I grew up with an older generation and  I learned a lot at a really young age, so that might make me come off a little differently.  I don’t think I act old, though.

What did you learn from the old dudes?
To speak when spoken to. That didn’t really stop me, though—I ran my mouth a lot, but I think it’s gotten a lot better over time. I realized my words didn’t carry much weight, and that it’s best to watch what you say around those dudes.

A lot of 18-year-olds are trying to figure out the world, but you seem to know how the world works already. When I was 18, all I thought about was skating, girls, and getting fucked up.
That sounds about right. I try to do all of the above, but for the most part, I still keep my composure. Some people lose it, because all of that stuff comes so fast and they don’t know how to react—so they go baby brains.

So you have more life experience than average kids.
In a sense, because of skating. But I don’t consider myself smarter or better. I try to soak in whatever situations I get into.

What do you like to listen to? Emotional teenage-girl shit?
The Walkmen, Leonard Cohen, Townes Van Zandt, Spoon, Cass McCombs, Dr Dog… Things you wouldn’t know about.

"Ask if she wants to fake making a baby"

You’re a well-traveled kid. Where have you been so far?
I’ll try to rifle this off, but I might be missing some small towns: Barcelona, Japan, Thailand, Israel, China…

Wow, passport stamps. I can’t leave the country or I’ll get deported. Did you like it in Japan?
It’s unbelievable there. So much chaos going on at all times. The language barrier was pretty bad, though—I couldn’t even get white rice.

White rice? Fried rice! Who’s your favorite person to travel with?
Probably Tim O’Connor. Very nice and funny, and he always has something clever to say. Lots of fun little facts to dabble with.

Does he roast you?
He roasts himself.

What was your first trip out of  the country?
Barcelona for about 45 days. I stayed with Brennan in a small little modern apartment.  I saw Freddy Gall three different times while  I was out there. 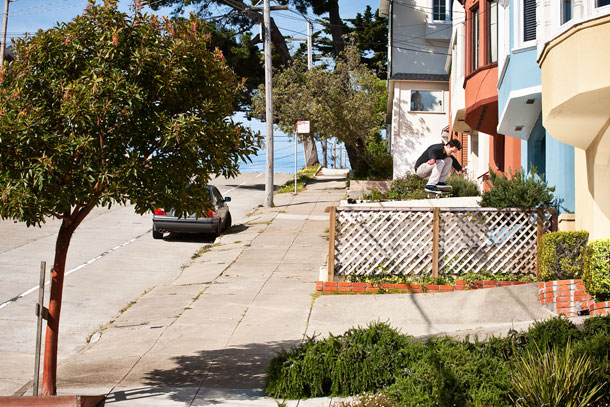 I’ve never been to Spain. How are  the ladies?
There are some beautiful women. It’s just hard to make anything happen because of the language barrier. I wish I would have gone to my Spanish class in high school.

Let’s say you meet a girl you like.  What’s your approach?
Take her out to a nice chicken dinner, and then ask if she wants to fake making a baby.

Does that ever work?
Sixty-percent of the time it works  every time.

I thought you were a healthy guy  who doesn’t eat meat?
I do eat meat. I’m an omnivorous creature!

Good. Eat it all, son. Men eat meat. That’s a plus for a little girly boy like you.
I appreciate that, coming from a short guy.

All those Habitat fools be eating veggie burgers and tofu. That’s out. You need those steak burritos. What’s your favorite burrito spot in SF?
Papalote, at 24th and Valencia. Great burritos. I suggest you get the “Super.”

True, they got that secret sauce.  Me likey. Any other spots? I’m actually getting kinda hungry…
My go-to has been Mr Pickle’s sandwiches, because they stack the meat on those things.

Sounds nice. I need to check that out.  You ever go to Tu Lan, at 6th and Mission? That’s my spot. Pork fried rice. Plus you can get a fake Rolex for hella cheap.
Never been there. Sounds like it’s right up your alley, though. You need to show me some good food spots.

For sure. If there’s one thing I know, it’s food. What makes a good friend to you?
Someone who you can trust with your bank account. Someone who will back you no matter what’s going on in your life, someone who will help keep you on the right track and will call you out if you’re blowing it. It’s hard to trust people nowadays.

I feel you. I don’t trust no one. Do you think you’ll be staying in SF for a little bit?
Yes. I don’t have a reason to move back, and it’s nice to switch things up. So I’m gonna keep it here.

Sounds good. I need more people to shoot with. I only shoot with A-list skaters—you should feel privileged that I take photos of you.
Oh, I do. It’s refreshing to have a photographer who can hold down a conversation outside of skating. You’re killing the game.

You stick with me and I’m a get you that Thrasher cover. How’s that sound?
Anything for you, son!

Do you prefer making short little web edits regularly, or taking a few years to film a video part?
Take a few years, for sure.

What’s up with your wheels company?
The name is Small Wheels, and we’ll be taking over soon here. Best wheels in the biz!

You own it?
I didn’t put any money in—because I don’t have any—but it won’t be long before The Bay gets these babies in.

What do you wanna do on your  21st birthday?
Well, I might be 22 really soon here— that’s if you got the connections you’re always talking about. Where is my fake ID, by the  way? I wanna do Saki bombs with you and  eat noodles ’til we puke. How’s that?