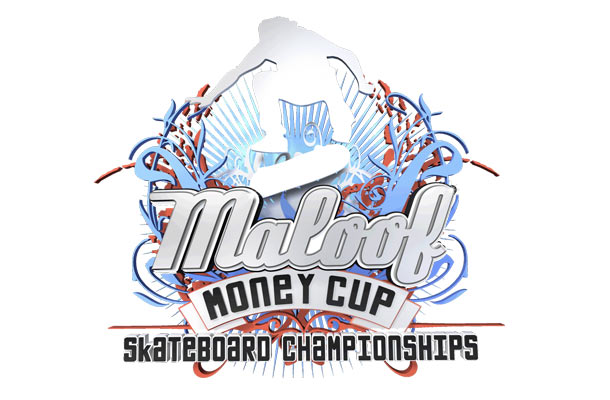 (Irvine, Calif. -- May 4, 2010) The Maloof Money Cup presented by Vans and airing live on FUEL TV this summer -- announces the 48 pro street skaters who will compete in the first-ever MMC New York contest June 5-6 in Flushing Meadows Corona Park, Queens.

“Our skater selection committee is made up some of the most respected people in the skateboarding industry. They really had a tough job,” said MMC creator Joe Maloof. “They set out to put together the best collection of skateboarders to ever enter a contest and I think they did just that. One thing the committee agreed on was that there are too many amazing pros out there, creating a list of 48 skaters was really the key to putting together an unparalleled roster. Besides the big names like P-Rod and Chris Cole, we’ve got some highly respected skaters like Mike Carroll, Dustin Dollin and Marc Johnson who don’t usually skate contests, and some amazing guys who are competing at MMC for the first time like Justin Brock and Anthony Van Engelen. With a group of skaters this talented and diverse, the field is wide open and fans are in store for a spectacular competition June 5-6.”

“The best skaters, handpicked with Thrasher, ready to take a bite out of the Big Apple. Got it.” said Jake Phelps, Thrasher Editor in Chief and head of 2010 selection committee.

Watch MMC New York LIVE
FUEL TV will broadcast two hours of live coverage each day during the New York contest, June 5-6 and the Orange County event, August 4-8.  Skateboarding fans will also have access to more than 30 hours of additional live coverage via FUEL TV’s exclusive HD webcasts of both contests at www.fuel.tv/maloofmoneycup.

About The Maloof Money Cup
Now entering its third year, the Maloof Money Cup presented by Vans, will take place June 5-6 in Queens, New York and August 4-8 in Orange County, Calif.  Tickets for the 2010 Maloof Money Cup Orange County will be available soon at all Ticketmaster locations or at the OC Fair & Event Center Box Office at the Pacific Amphitheatre.  The New York event will offer free tickets (Tickets are limited and will be distributed at select partner outlets in NYC (Distribution points and schedule are posted on the MMC website).  Join our network to share the competition experience with a global audience and be the first to know about exciting upcoming MMC news and contests.  Go to www.maloofmoneycup.com and follow us on Facebook and twitter: @maloofmoneycup.