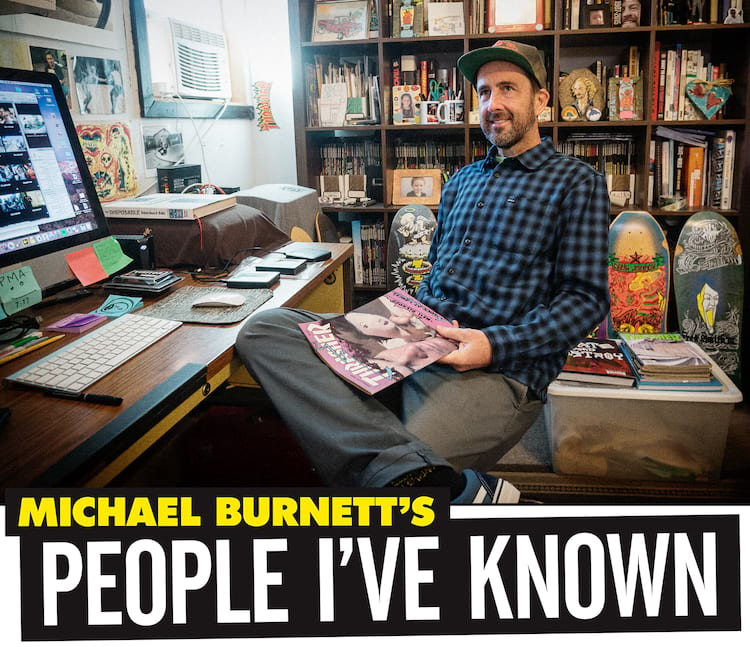 From King of the Road to getting hot-boxed in the Baker van to thousands of hours hunched at the bottom of stairs, I’ve done a lot of miles and met a lot of folks working for the Mag these past 20-odd years. They say a stranger is just a friend you haven’t met yet. I would suspect whoever said that never got locked out of a German hotel room by Lavar McBride. Still, whether friends for life or ships in the night, I appreciate the memories, good and bad, of all the people I’ve met on this great skateboarding adventure. Thanks a lot, everybody. –Michael Burnett 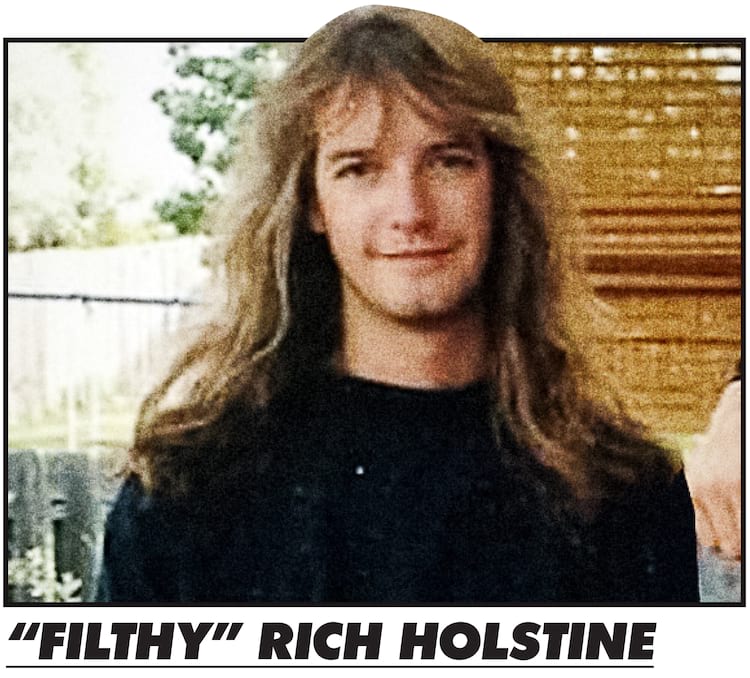 My heavy metal boss at the mall skate shop right after I finished college. I made $6.50 an hour selling Wet Willys, Rollerblades and hacky sacks, the low-grade misery of which gave me the courage to move to California to take a shot at being a skate photographer. To celebrate we tied his old hot-water heater to the back of his truck with a rope and dragged it around the neighborhood, sparks flying!

Willy was my first Thrasher cover and while we were working on his interview he asked me if he could get some gear. Rad. Willy wants to rep the mag, I thought to myself. I pulled out everything I had and he carefully selected several items in all different sizes. It was then that I realized he was getting shit to sell in his store.

I’ve barely met Spike, but he’s the reason I got my own TV show. In 2014 we’d really stepped up the production value on our King of the Road web videos so I figured that’s what got his attention when the Vice people reached out. After a couple of calls where he kept referencing “Rick in the corn field with the girl’s rock ‘n’ roll band!” I realized he hadn’t actually seen it since 2004. Good thing we started out strong. 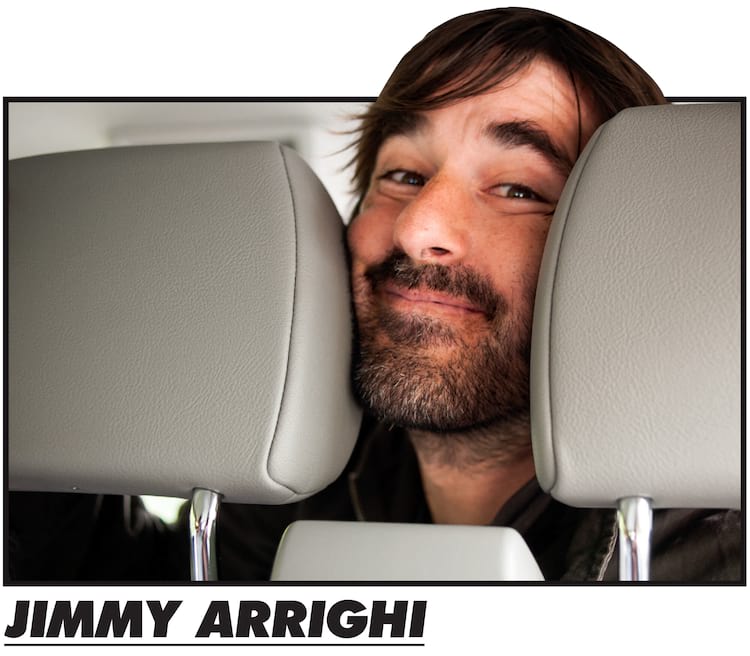 I’ve had the best and worst trips of my life with Jimmy. He’s one of the funniest people I know, but his penchant for personal cruelty is also unrivaled. It’s a strange thing to be broken down emotionally as an adult… really teaches you a lot about yourself. I feel like he’d be a great asset to the CIA in their war against ISIS. Is tickling considered a war crime? Fun fact: like Tobias Funké from TV’s Arrested Development, Jimmy is a never-nude. 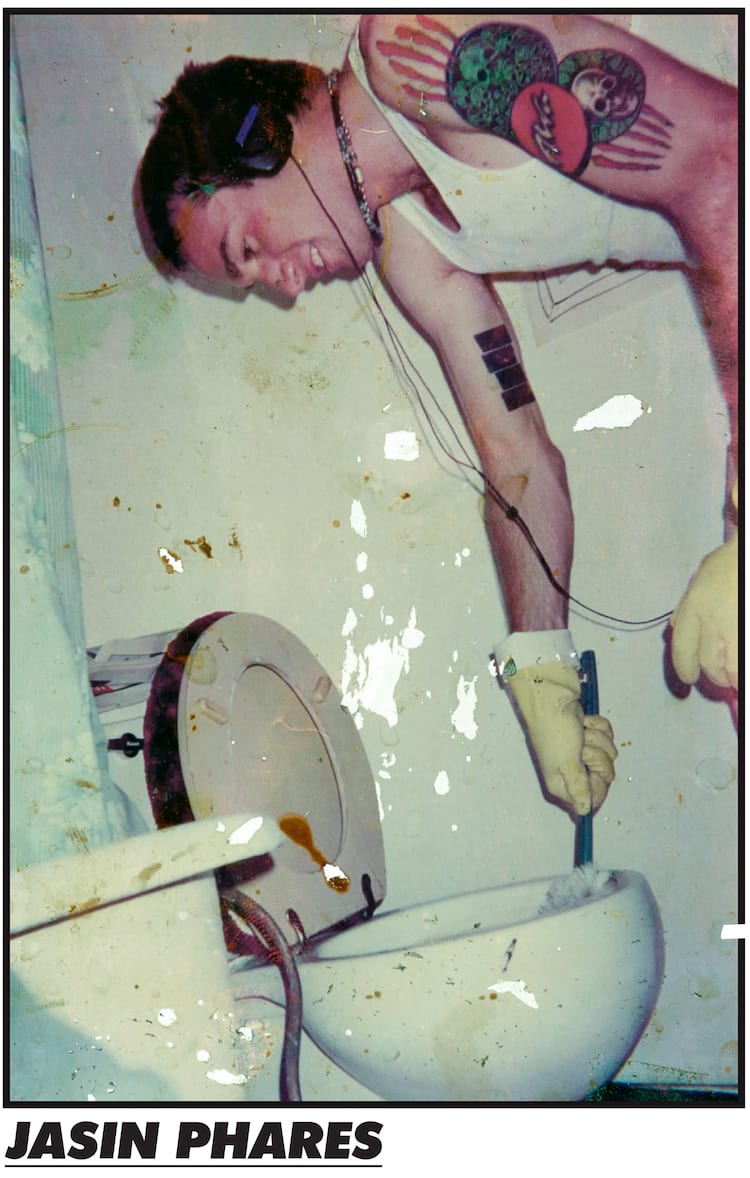 Halloween ’94, Jasin decided to take a leak on the flat bottom of the vert ramp right in the middle of the contest. He ran across the flat, wiener in hand, and stared up at the competitors in four-eyed defiance as he let her rip. Then he dried up the puddle by doing “the worm” across it.

Approached me at a trade show and said, “We’re going over to the Osiris booth to focus their The Storm DVD. We need you to shoot the photo and put it in the mag. Are you down?!” I guess I hesitated too long, because he quickly shook his head in disgust and announced, “That’s it! You’re cut! You’re cut!” 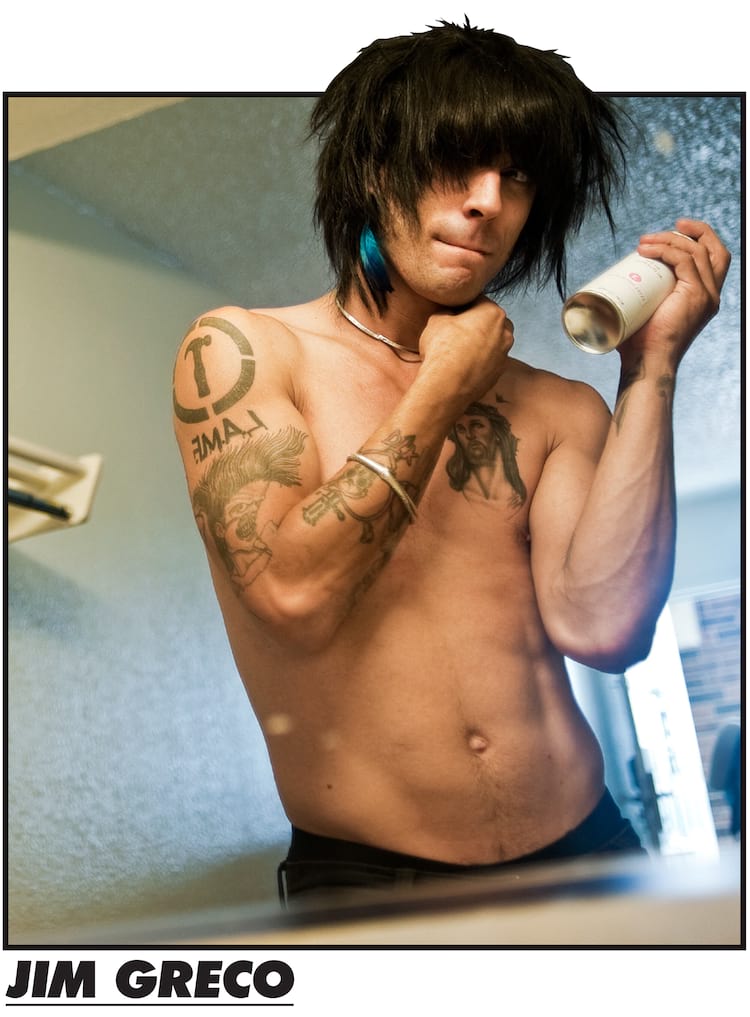 I am no longer allowed to shoot lifestyle photos of Jim, only skating. I think this photo has a lot to do with it.

My first skate hero I got to meet and become friends with. On a Firm tour we once got into a hours-long argument about whether or not the primary goal of science was to debunk the existence of God. “Well what about the vulcanization of rubber, Lance?!” I finally exclaimed. We both burst out laughing and more or less agreed to disagree.

I don’t know who this person is, but they’ve been texting and calling me for the last ten years about getting in the mag. This is what I have them listed as in my phone. 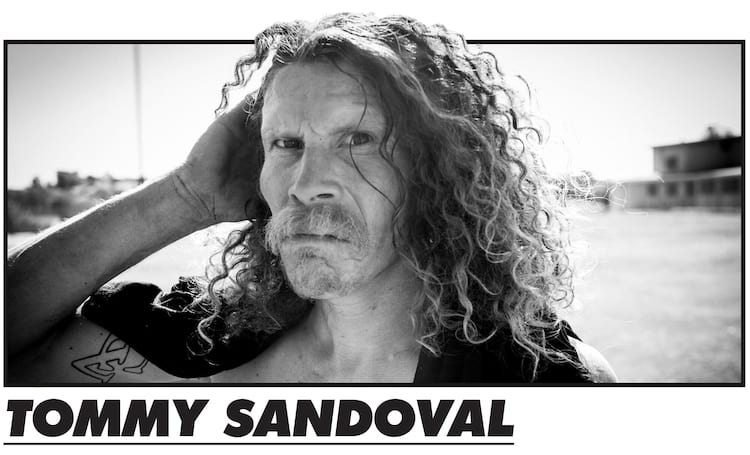 One of Tommy’s ways to get psyched for a dangerous trick is to ask his friends to talk shit to him. “Call me a bitch!” he’ll demand, as he gets ready to throw down. “You’re a bitch!” you’ll reply. “WHAT?!! FUCK YOU!” he’ll roar back. It gets pretty funny after awhile.

This Stranger Things actor follows me on Instagram, which is responsible for probably 25% of my followers. Tatum O’Neal, the star of 1976’s The Bad News Bears also follows me, though I’ve noticed no discernible uptick from that connection.

One of the several victims nice enough to shoot photos with me when I first got the job and could barely do it. Every time I see him I feel like I should apologize.

I used to always ask Elissa if she was still single. “Like a motherfucker,” she’d reply with a smile. So happy to see her lucky in love these days. 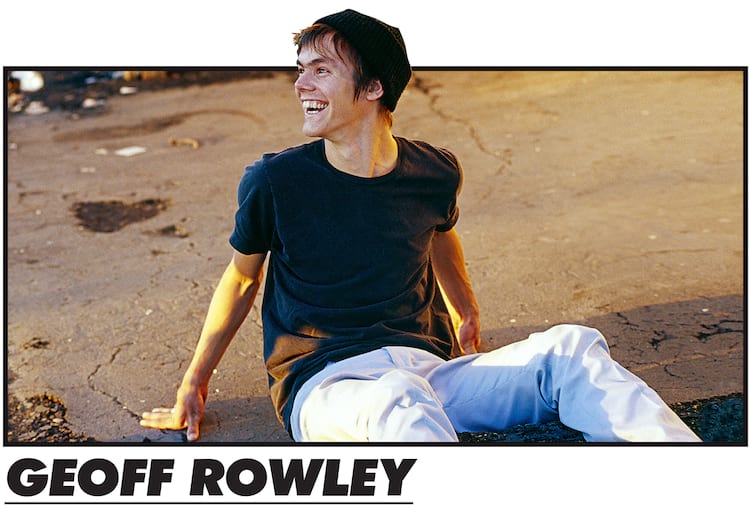 Contrary to rumor, that wasn’t my flash he punted like a football in the Sorry video. It belonged to a German dude.

Stayed on my couch for a week eating potato salad sandwiches on white bread and watching Teen Wolf, which was in regular rotation on HBO. He especially liked the part where the mean dude from the rival basketball team told Teen Wolf’s teammate, “Shoot it, fat boy!” One morning I came out to find him under the covers, Teen Wolf already playing and a sandwich in hand. “A little potato salad, a little shoot it fat boy… I have everything I need,” he announced. 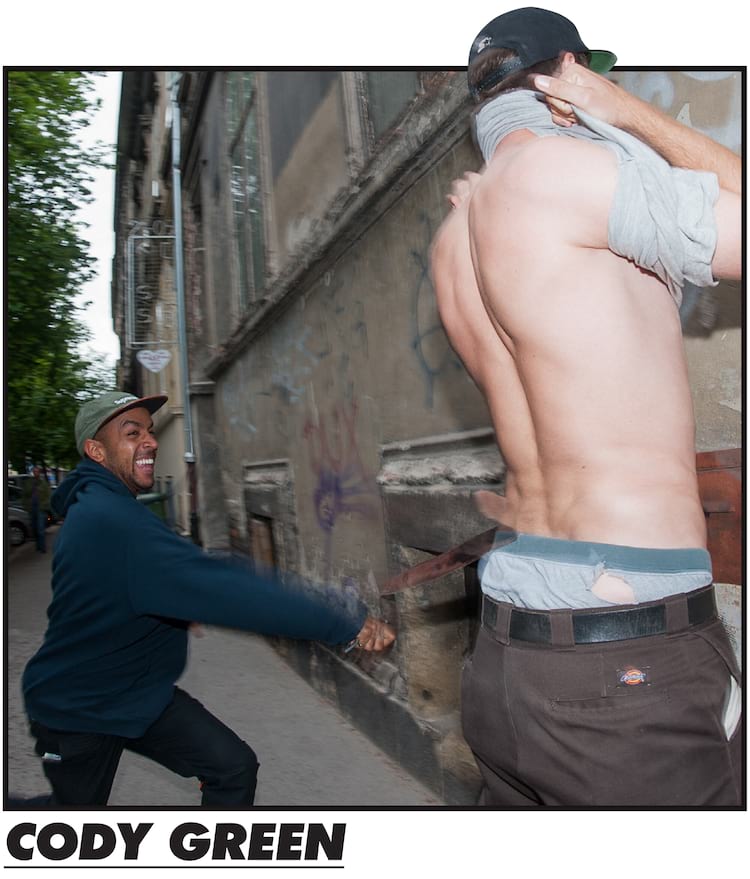 For all his genius as a filmer, Cody is fucking terrible at managing his money on trips. He once let Chima Ferguson whip him with a belt in exchange for covering his hotel mini-bar bill. The first slap was so loud we all got a little embarrassed. 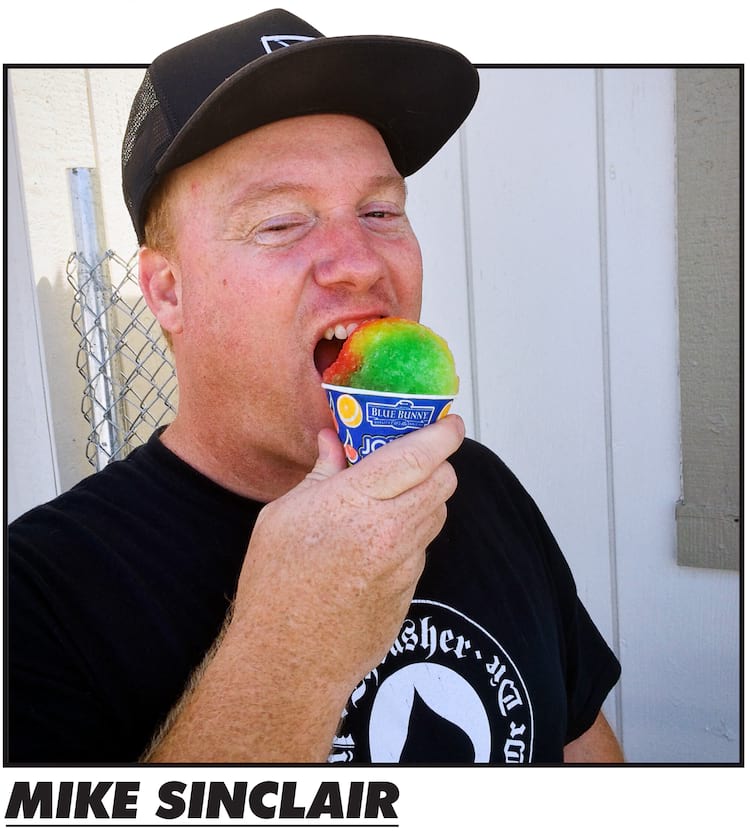 In the 20 years I have known Mike I have seen him gain and lose hundreds of pounds. The strange thing is, he never seems to get flabby, just rounder, as if he’s being inflated with a bike pump. Even more surprising is that when the pounds start to drop, his tricks instantly start coming back. Beneath that extra weight and black hoodie is a mid-90s pro ready to rip! Last time he slimmed down I swear to God I saw him kickflip 50-50 the hubba at the Zero park. 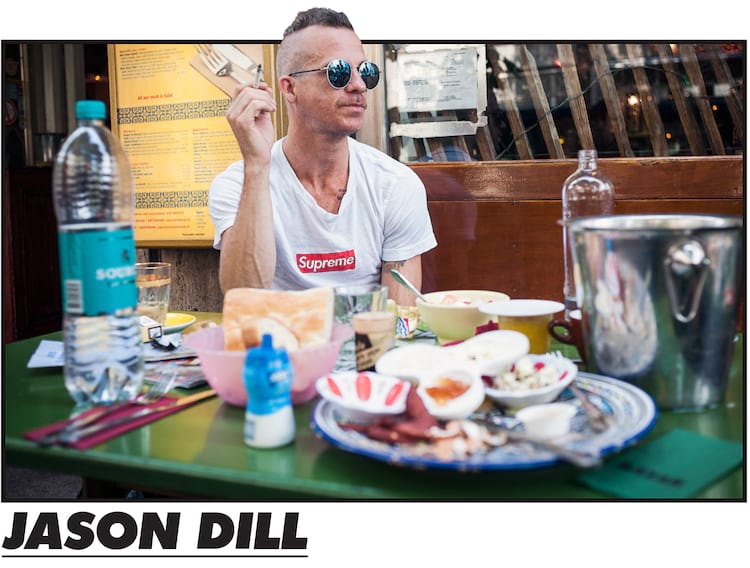 I have never met anyone who can steer the topic of a conversation towards themselves more consistently than Jason Dill. “Anyone want to get pizza?” you might ask. “I bet you didn’t know I fucked Papa John’s daughter,” Dill will reply. Gotta be one of those habits of highly-effective people. If 20 years ago somebody told me that one day Thrasher would be the only magazine and Jason Dill would be running the industry, I would’ve thought they were fuckin’ crazy. We did it, Jason!

Locked me out of the hotel room we were forced to share because, “Where I come from mens don’t look at other mens like that!” Hard to shoot photos of a dude without looking at them, but I did my best. He later told me that he was using his mental power to physically shrink himself. “I gotta get back to the size I was when I was blowing up!” he explained.

Nick hits me up for a Thrasher box about once a month. After all the bullshit he did on KOTR, I’d send him one a week if he wanted. 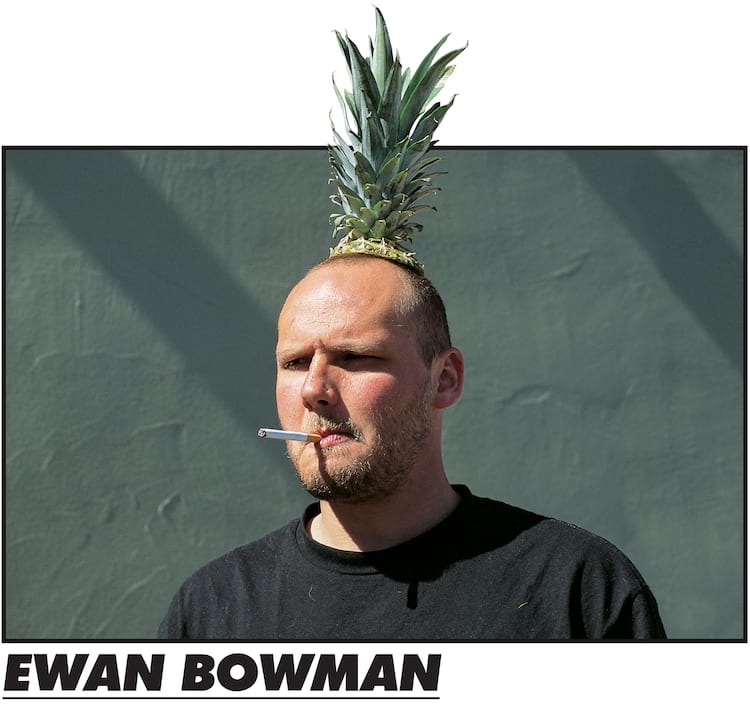 Once told me that when he sits on the toilet his balls touch the water. Hard image to shake.

There was a time when Matt and I drove to the same rail in Whittier, CA, every Saturday morning for weeks. He would stop and take a dump at the same Mexican restaurant every trip and then we’d get to the rail, where he’d commence to torturing himself—rolling up again and again for hours. Anything could distract him—wind, a car, clouds. On one aborted attempt he shot his board out and cried, “Fucking BIRD!!!” I looked behind me to see a single crow, a tiny dot some quarter mile away, gently flapping across the horizon. 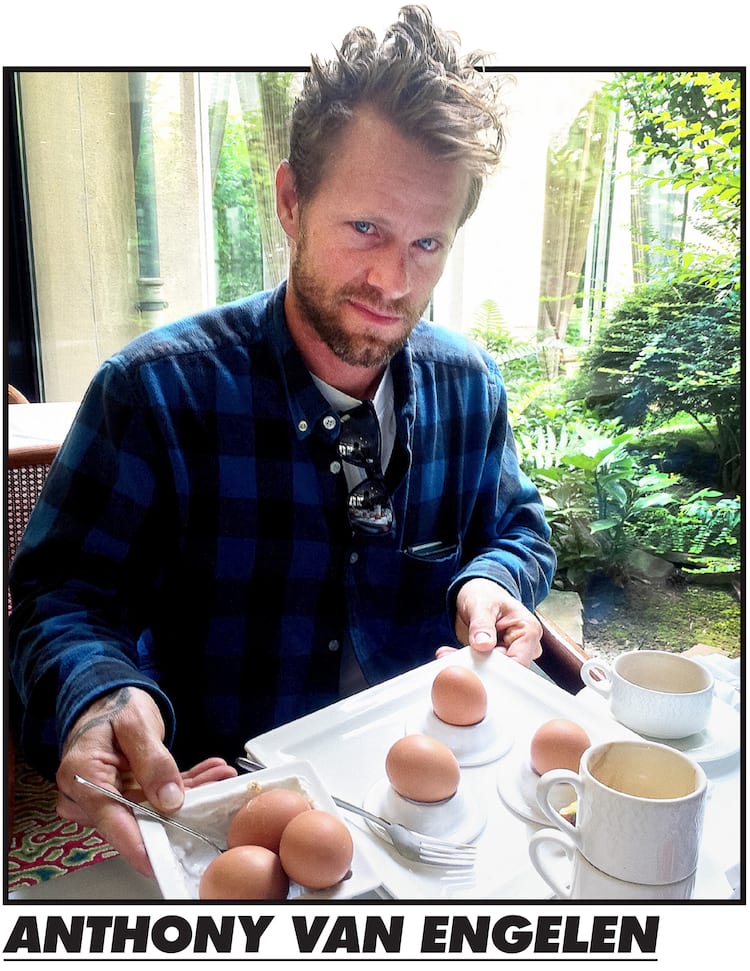 Once watched him fly to France, eat six hardboiled eggs without the yolks and then fly home the next day. 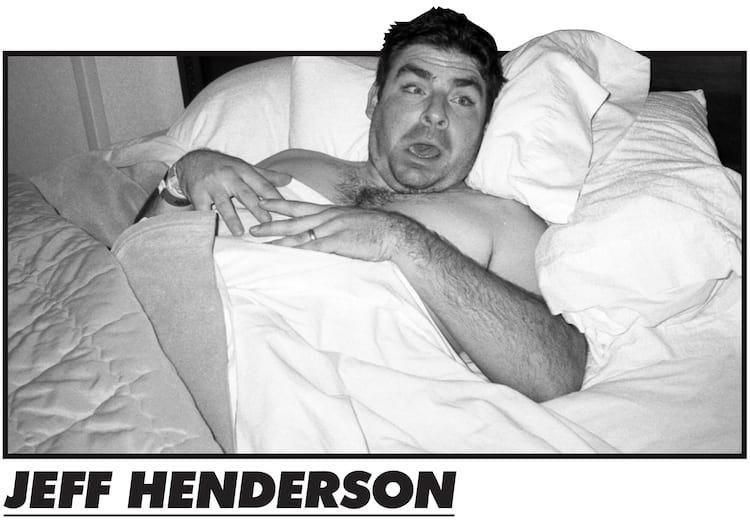 Hammered in Tampa, Leo and I burst into Jeff’s hotel room where he’d been peacefully sleeping. “Ahhh! Ahhh!” he cried out into the darkness. Had Jeff died of a heart attack that night, this photo would’ve been used as Exhibit A.

Frank is an Italian American and thus very outwardly emotional—a trait which might otherwise make you uncomfortable if he weren’t so hilarious about it. One time on a trip I bought him an ice-cream sandwich to cheer him up. He angrily took a bite. “What the fuck is this? Menthol?” he snapped. The flavor in question was mint chip. 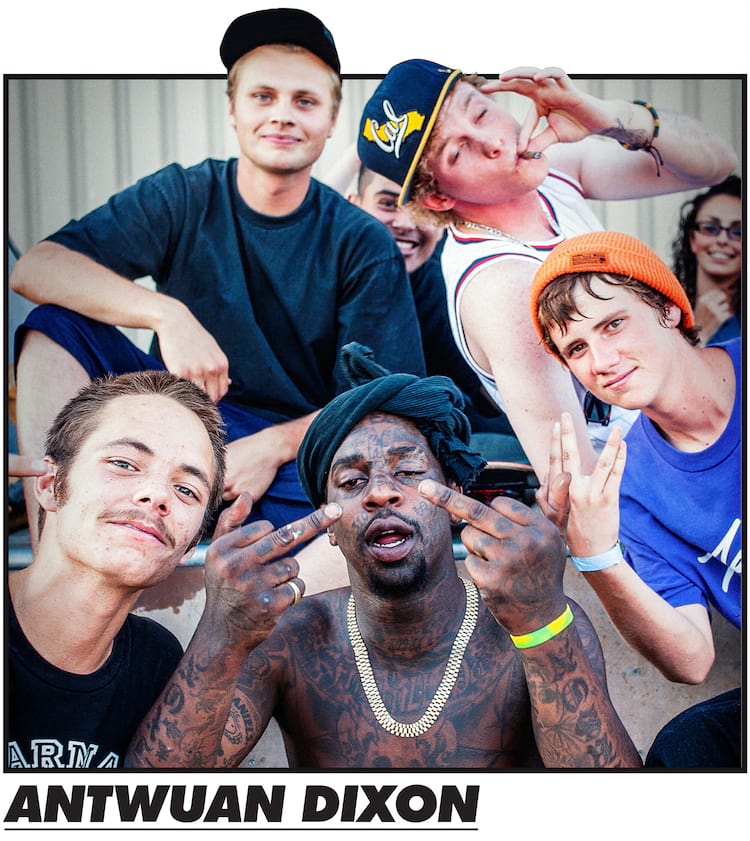 There has never been a skateboarder more exciting to the young people of the America’s Heartland than Antwuan Dixon. Those kids literally showered him in joints the moment he stepped out of the van. 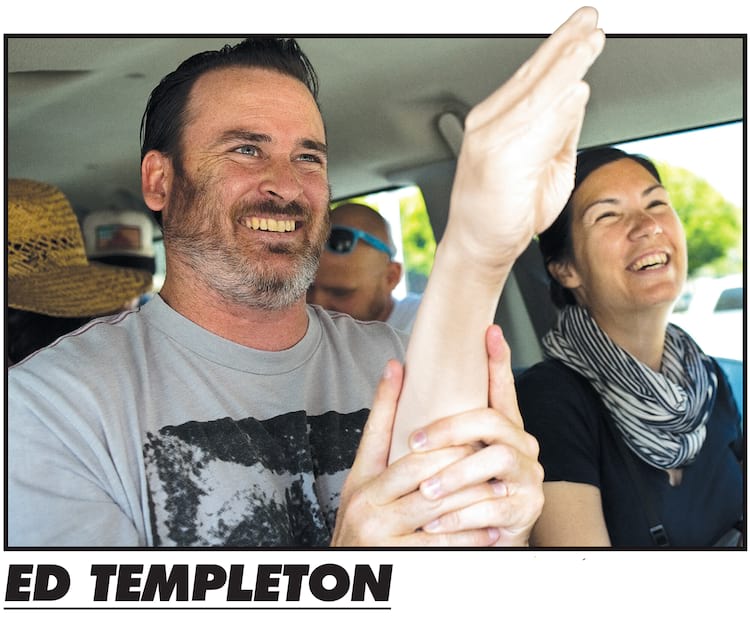 Before smart phones and Whole Foods, Ed would take the team on 60-mile detours looking for health-food stores in the middle of Kansas or wherever. Upon discovering it to be one of those old hippy joints—the kind that smell like gerbils—with aisles of dusty vitamin bottles and a single cold-case of pus-colored Tofu, the light would go out of Ed’s eyes. This coupled with Billy’s non-stop demands for Walmart led to some very erratic driving from the Tempster, until he’d finally make due with a couple of green bananas and whatever candy Deanna told him was vegan. I feel like if Whole Foods had started ten years earlier, we’d still get to go on the road with Ed. And though this makes him sound like not very much fun, every Tempster trip was a laugh riot. Some of the best times ever.

“Mike Burnett! Do you work for Transworld or Trasher?” a young Bastien asked me the first time we met. “Thrasher,” I replied. He exploded with laughter. “Ha! Trasher?!” he howled, “Put me in Trasher like Omar Hassan in the bowls!”

Rivals only the Phelper in his inability to successfully get his pee into the toilet. How someone with that much board control can be so inept at bathroom skills is beyond me. 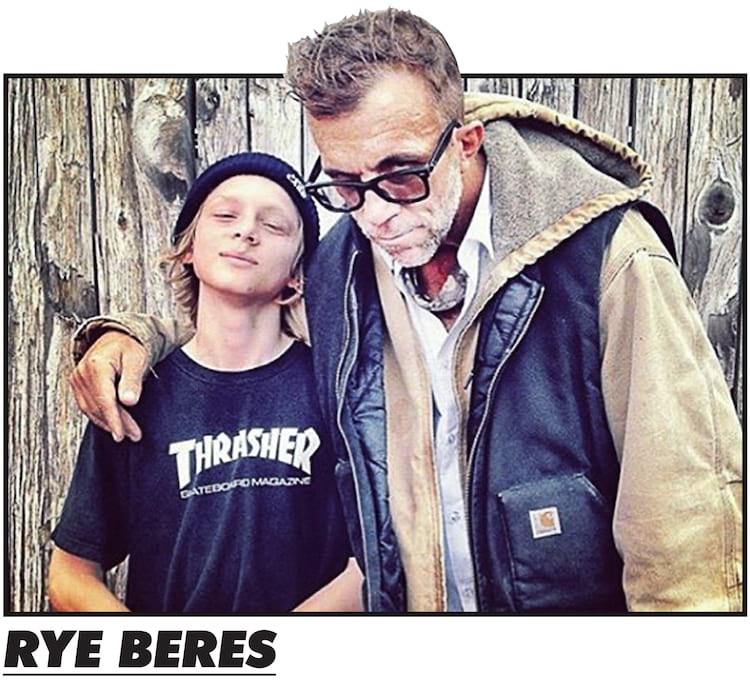 Like me and our managing editor Michael Sieben, Rye is a skater from Texas. And like us, he got his foot in the door by making geeky zines and sending them out to everybody. The fact that he was able to move past that phase while still a child gives you a good sense of Rye’s promise. I was older than he is now when I was selling those ‘Blades with Filthy. He’s the heir apparent to the mag, although it’s pretty hard to get any talented yüng person interested in writing, copy editing and all of the more mundane aspects of the job. The test will be to see if he even reads this. You ready, Rye-Rye?
Check out these other "People I've Known":