A SEMI-OFFICIAL SKATE ROCK WEEKEND KICKED OFF IN NORTHERN CALIFORNIA as people came from all over the country to celebrate Mofo’s 60th birthday on Friday night and to witness the Faction’s last show on Saturday. Inside the venue, the scene was set as about 60 of Mo’s iconic "Mofotography" prints adorned the walls. Gonz’s 1987 cover shot from Pedro? Check! Hosoi’s lofty method air at Del Mar? Yep. Those classic shots, along with many more, got everyone stoked as they grabbed a drink and checked out the bands. Bryce Kanights got the ender by playing bass on Drunk Injuns' “Treasure of Mankind,” a song he wrote with the band. Between Mo, BK and Matt Etheridge, there were at least 30 years of Thrasher employees on stage. The roots run deep!

Words and photos by Mark Waters 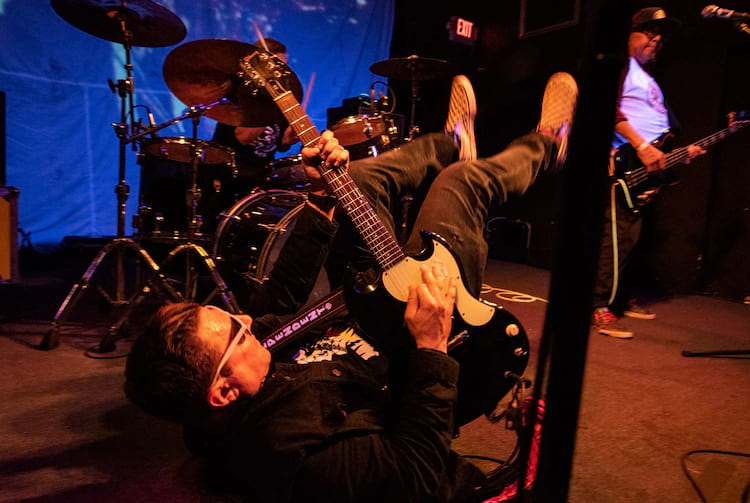 Straight to it, Jonny, Eric and Ray of the Clay Wheels sparked the first set. Ray also plays in Drunk Injuns, Los Olvidados and the Faction—plenty of Skate, emphasis on Rock! 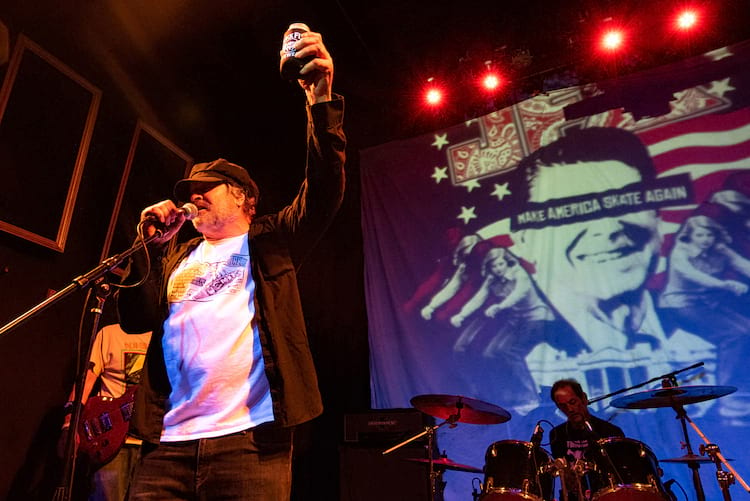 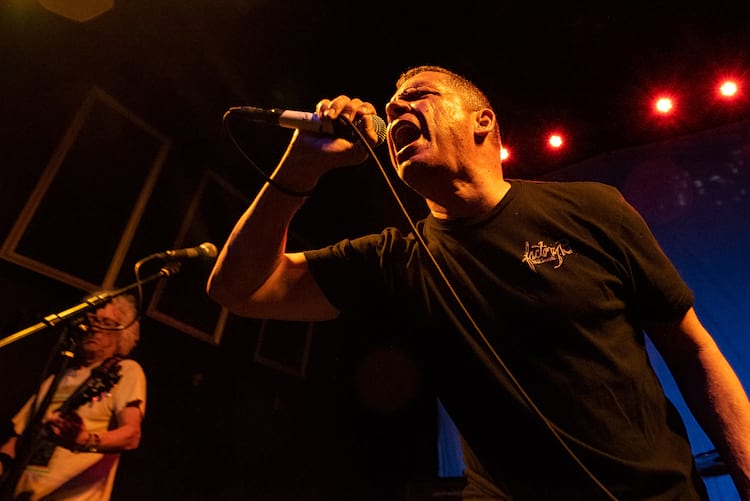 Brian Brannon did a few years at helm of the Bible's music department and is coming up on 40 at the helm of JFA. Not a bad resumé for a punk 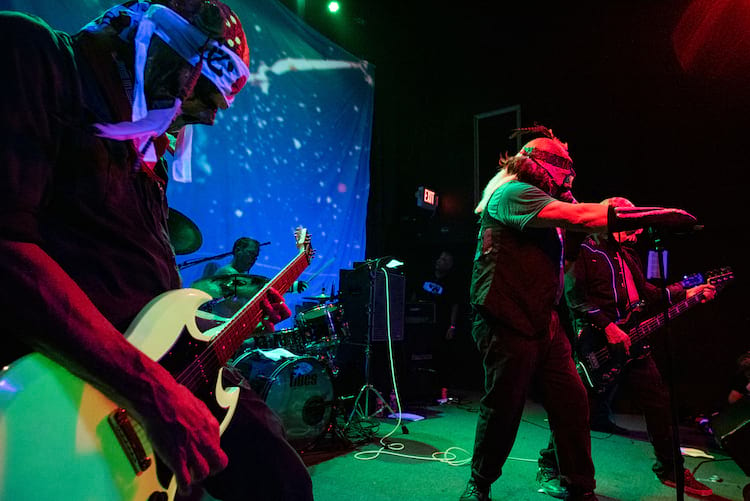 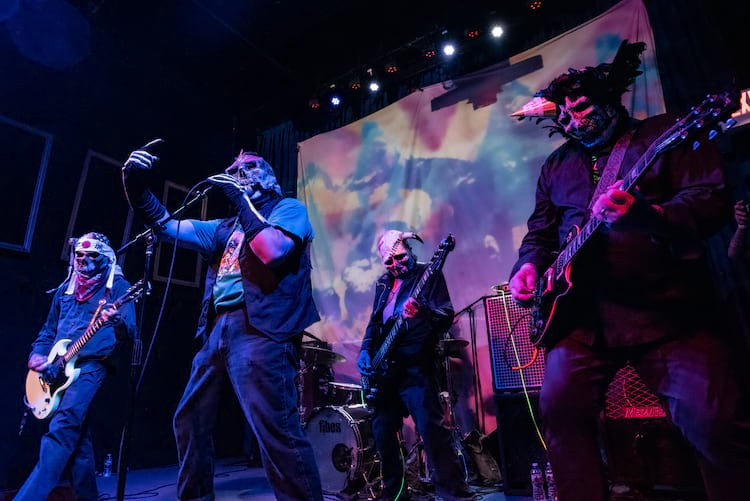 And they don’t just look heavy. They are heavy! 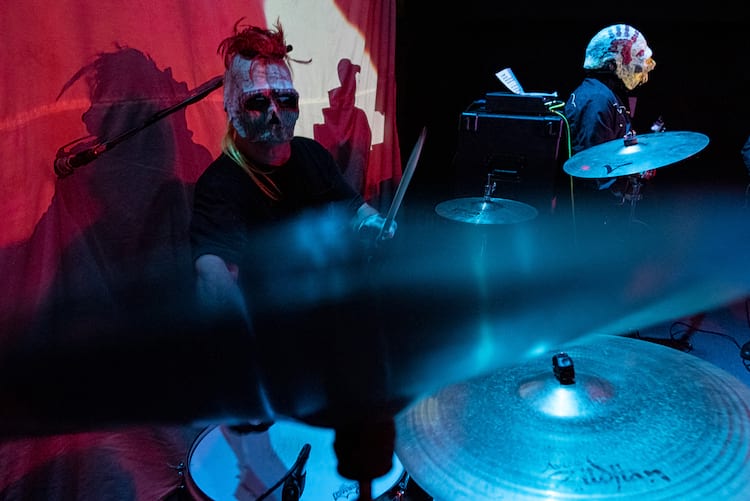 Sitting Duck of Drunk Injuns used to pack and ship your Thrasher mail order products. Might as well still ask him for a hoodie if you see him around

As some nursed hangovers, the skaters still had to hit the weekend spots the next day, heading to Newark, Fremont or downtown SJ. I’m sure they were everywhere. But as evening set, everyone was back in San Jose at Corey O’Brien’s Ritz Bar, preparing for another Skate Rock extravaganza. JFA rocked it again, and somehow still didn’t play “The Day Walt Disney Died.” It was not just a completely awesome surprise, but also very fitting that Los O' came out for a short set that night. To no surprise, of course they tore it down. The Faction may have gotten known in the early days because Steve Caballero played bass in the band, but any early rumblings about that being the reason for them getting attention were quickly and thoroughly stomped on by the plain and simple fact that they were raw and skilled musicians in their own right. Although Stevie and Adam told a couple quick stories, the evening didn’t get overly sappy or sentimental. These guys rocked for 38 years, they put out some great records we can all still enjoy and they never got stale. I was lucky to be there. 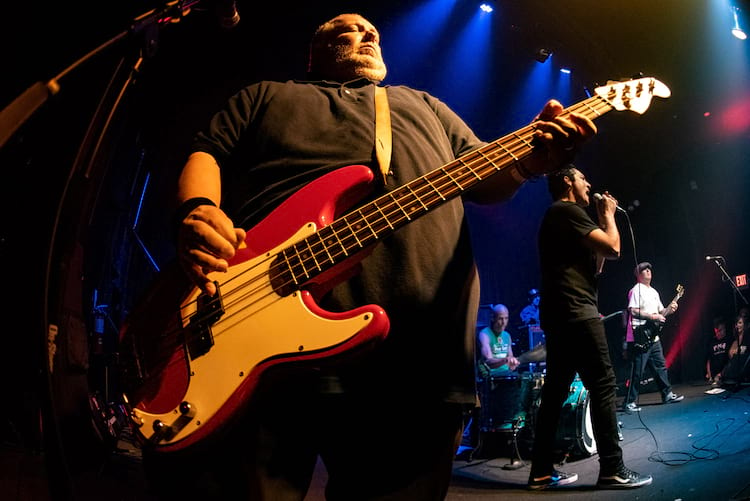 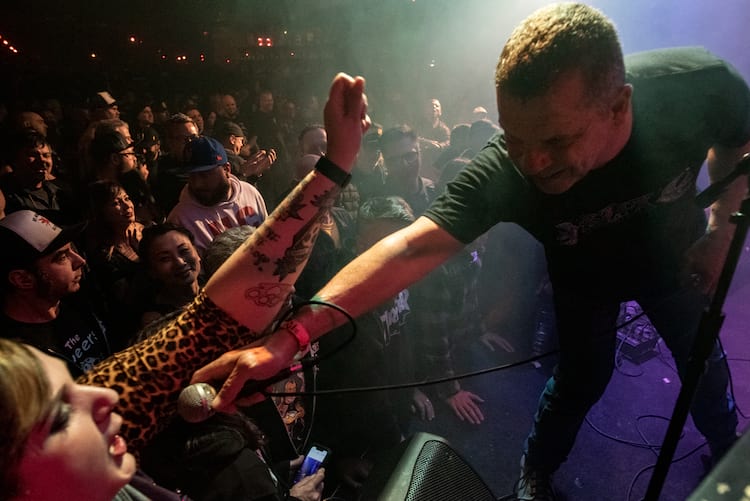 JFA keeping it youthful on their second set 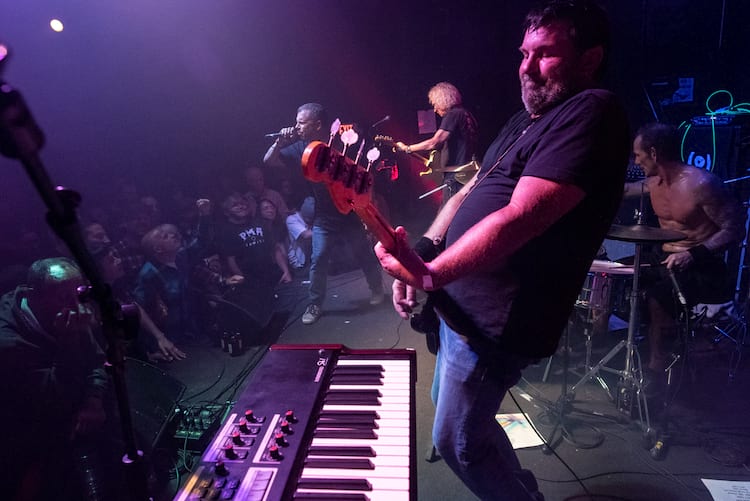 Yes, that is Chef Pierre front and center with JFA. How'd you know? 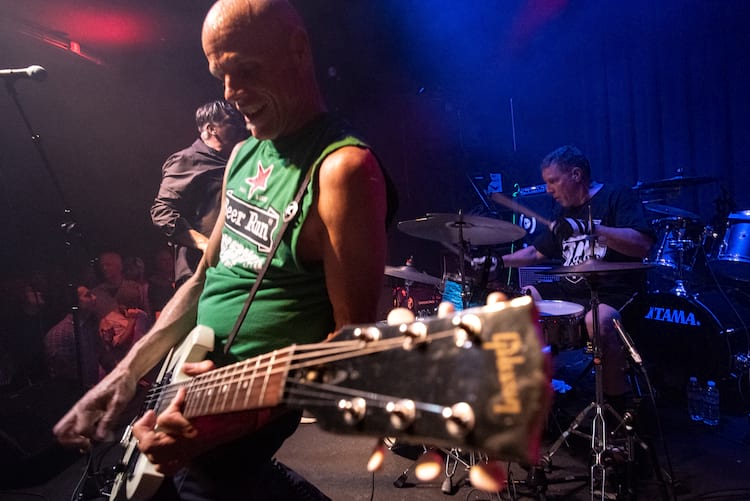 The beginning of the end of the night, Los Olvidados had to play a few for the Faction’s last show 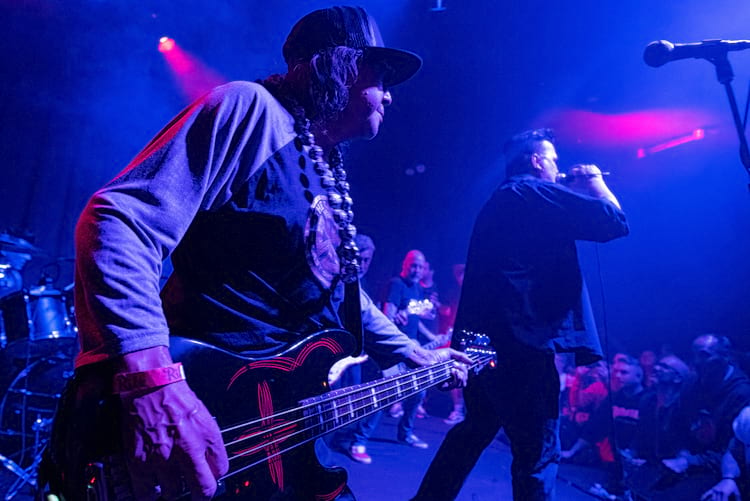 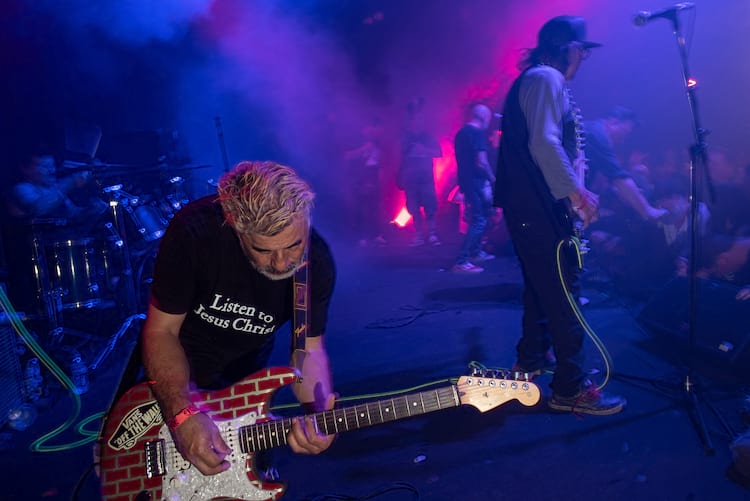 Cab's rhythms alone couldn't keep The Faction afloat for all these years, but they've certainly helped 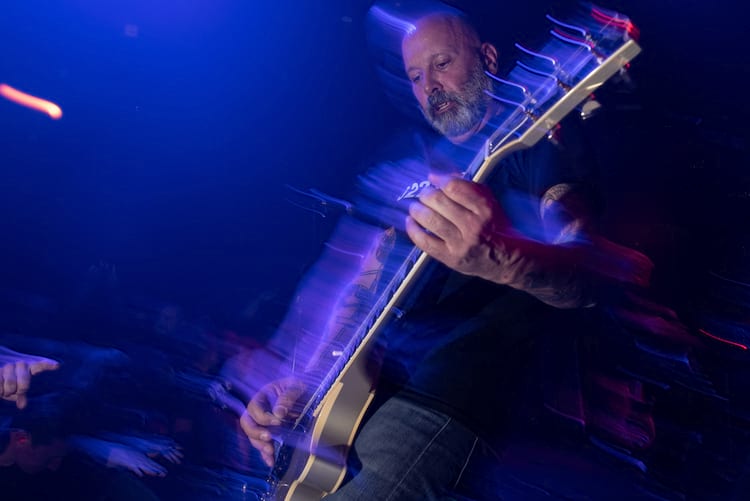 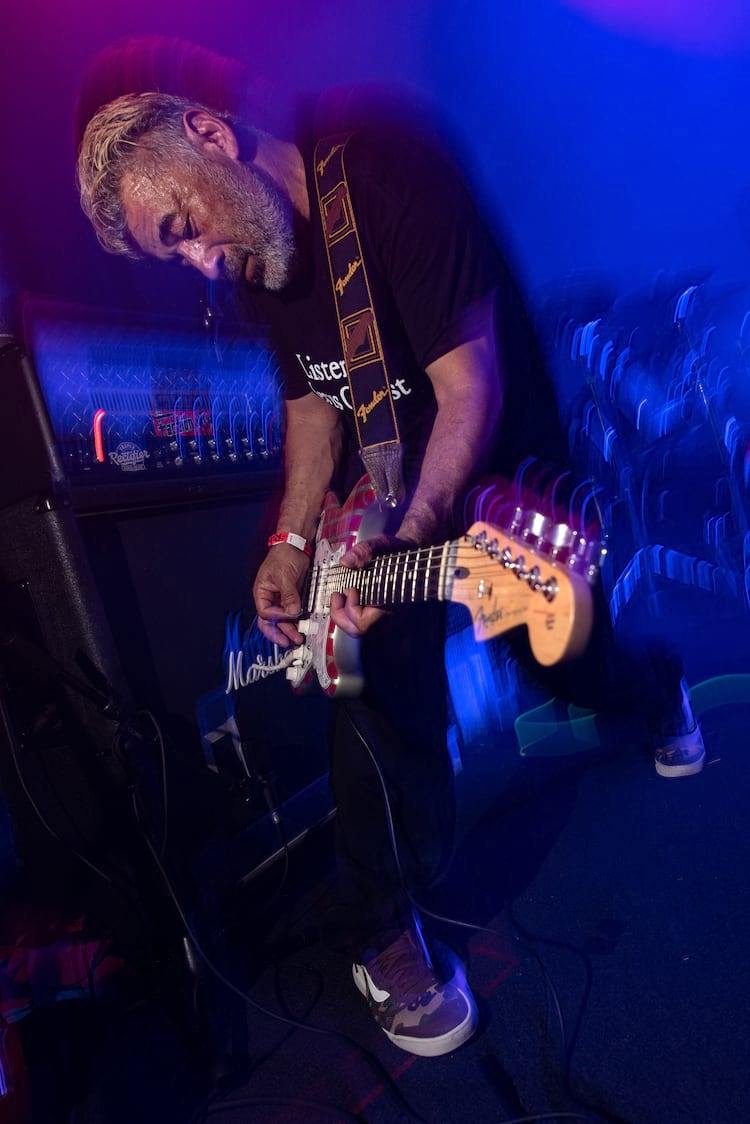 Cab cranks a few chords for the Lord 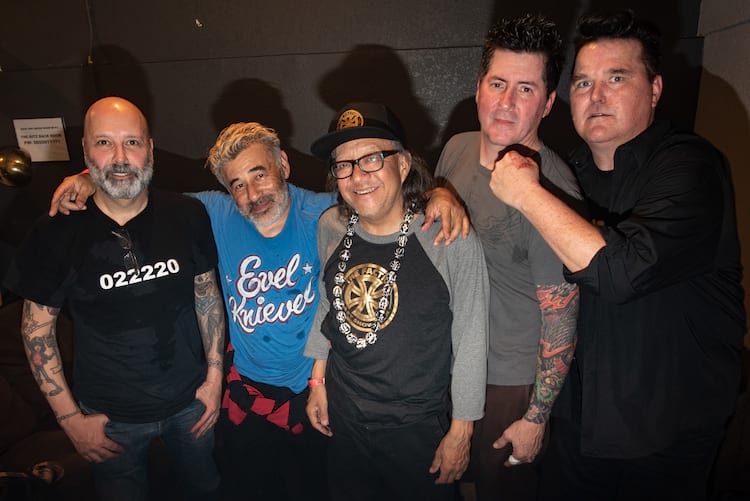 One last band photo: The Faction, everybody 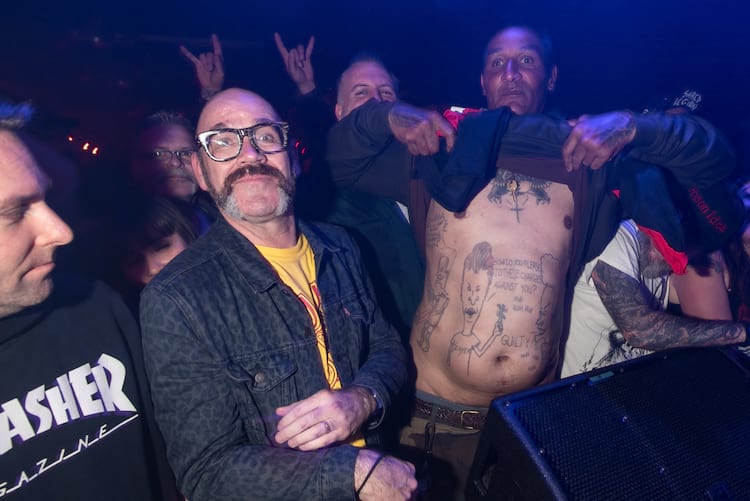 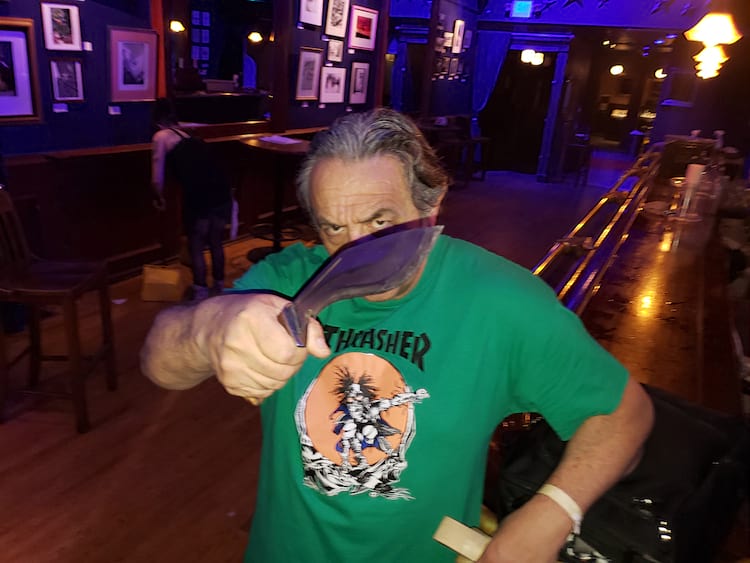 Birthday Man Mofo ain't fuckin' around. Dave Duncan got the photo just to make sure we didn't forget 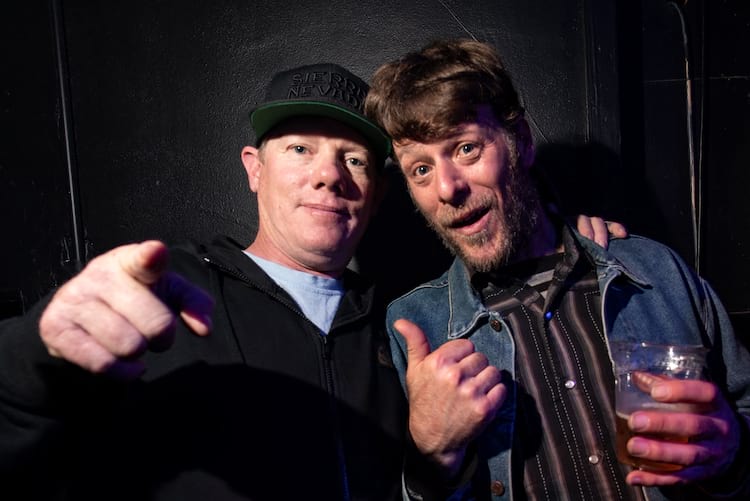 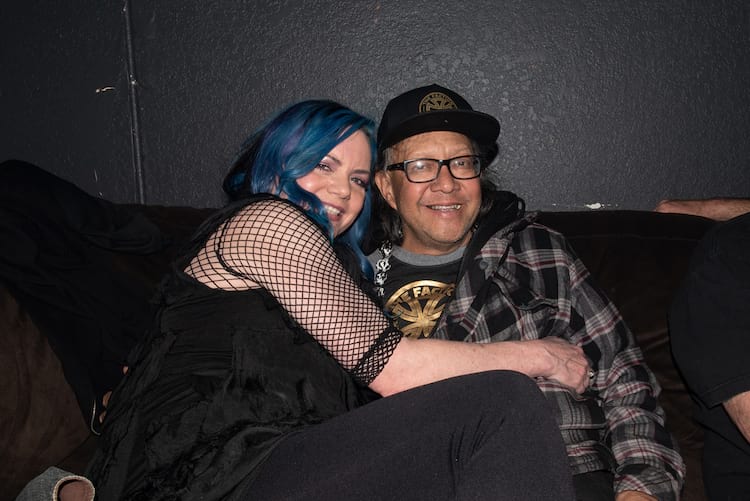 Longtime SJ locs, Denice Vaughn and Ray Stevens II came through on and off the stage 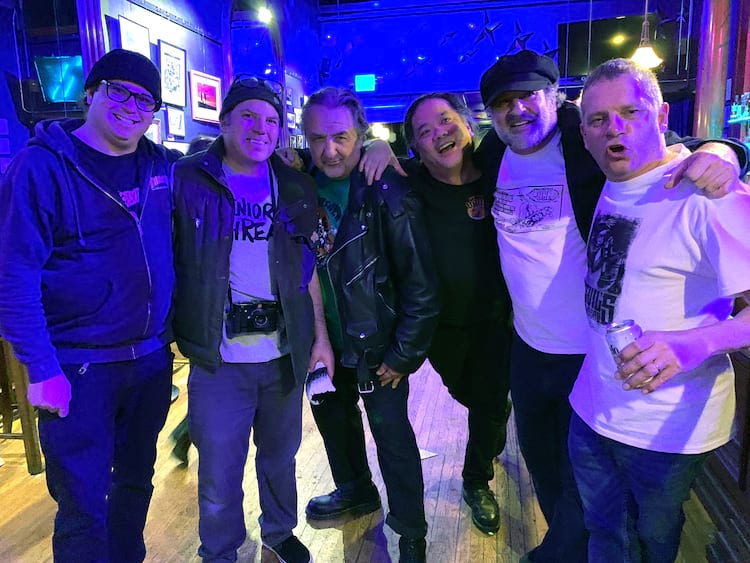 After the skaters and punks had their fun, there was only one more thing to do—group photo! We couldn't find 'em all but here are some of people who made this night and this scene such a success for decades on end: Waters, Bryce, the man of the hour Morizen Foche, Ray of the Uptown, Double D and, of course, Thrasher Alum Brian Brannon

Thank you to all the life-long skater punks who made it such an exciting weekend. And of course, I hope all skaters join in on wishing our dear friend Mofo a happy 60th birthday!
© 1981–2023 High Speed Productions, Inc.