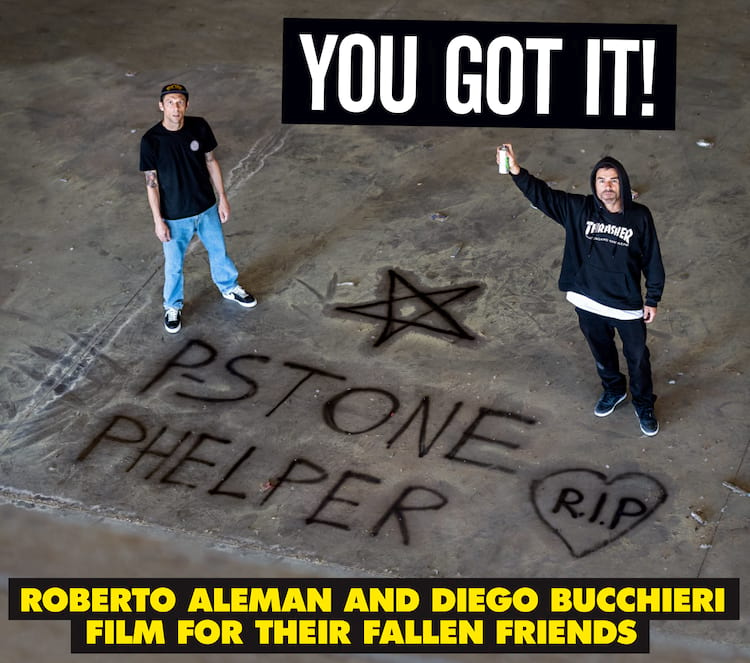 Through skating, Roberto and Diego formed friendship bonds with Preston Maigetter and Jake Phelps that lasted decades. At the loss of their two close friends, they decided to channel their grief into the type of tribute that P-Stone and Jake would have wanted: just keep skating, just keep moving. Here are photos from their upcoming joint video project which is a dedication to those who can roll no more. 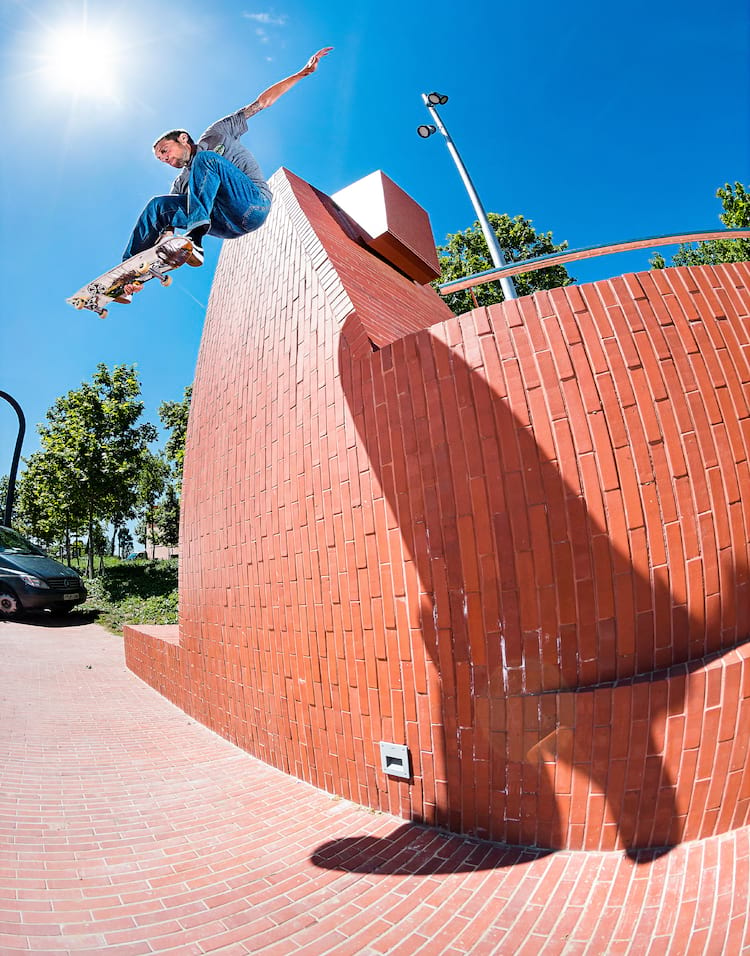 The Butcher breaks off a nice slice of wallie melon           Photo: Riera 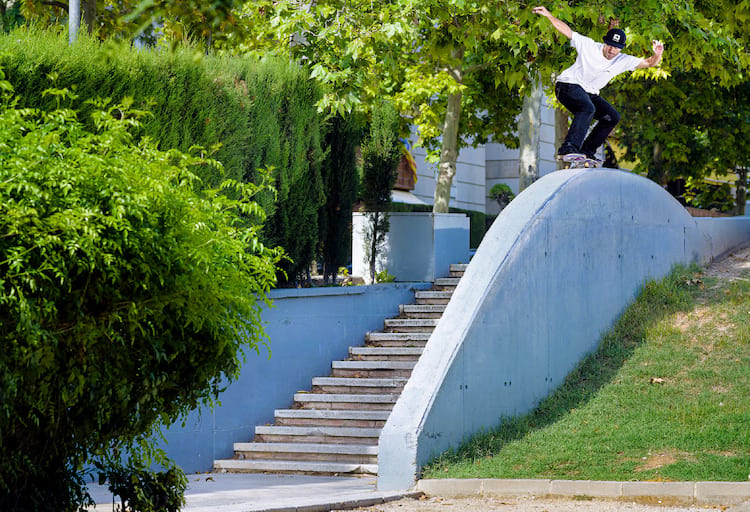 Friendship is the raddest thing ever, ever and ever. Knowing you got your homie’s back 100 percent makes you go to bed in peace and harmony. Even if they are 10,000 miles away and you haven’t seen them in awhile, it doesn’t matter. You know they are there. I fucking love that and nothing can change it. I met Diego 20 years ago and met P-Stone probably 21 or 22 years ago. Since day one I’ve always had their backs. Sometimes I wouldn’t see them for months, but it didn’t matter, because when we’d get together we’d get right back to the conversation we couldn’t finish the last time. Time and distance don’t matter. When P-Stone left us, even before we sat and talked about it, we both knew what we had to do. We gotta film a video part for him. He would love it. We’ve been pushing each other since day one with this project. Lots of times we were out there filming and shooting photos and coming back home completely destroyed, but it was worth every drop of sweat and blood. Then Jake unfortunately passed away so the bleeding needs to continue until we run out of blood. 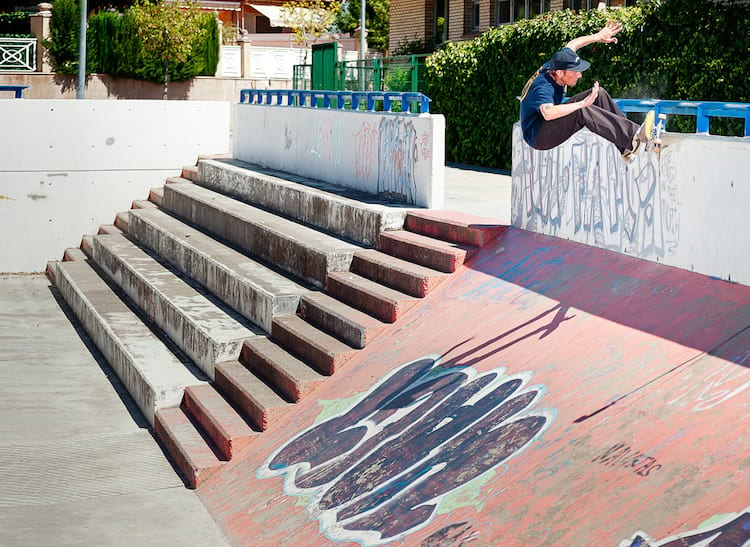 Roberto is a warrior. Since the day I met him, he has always given his 110 percent. Whether we’re doing our challenges at the park or battling our missions to get a trick, he always has my back—driving, filming, shooting the photos, whatever it takes. And more than 20 years later, it remains the same. Our friendship goes beyond skating—we’ve traveled the world together, I met my wife through him and he’s the padrino (Godfather) of my daughter. P-Stone was a big part of all of this. Roberto and I are family and P-Stone was a part of that. After we lost him, it motivated us to keep trying a bit more. Now we have a mission, and like El Gordo would say, “You got it!”  —Diego Bucchieri 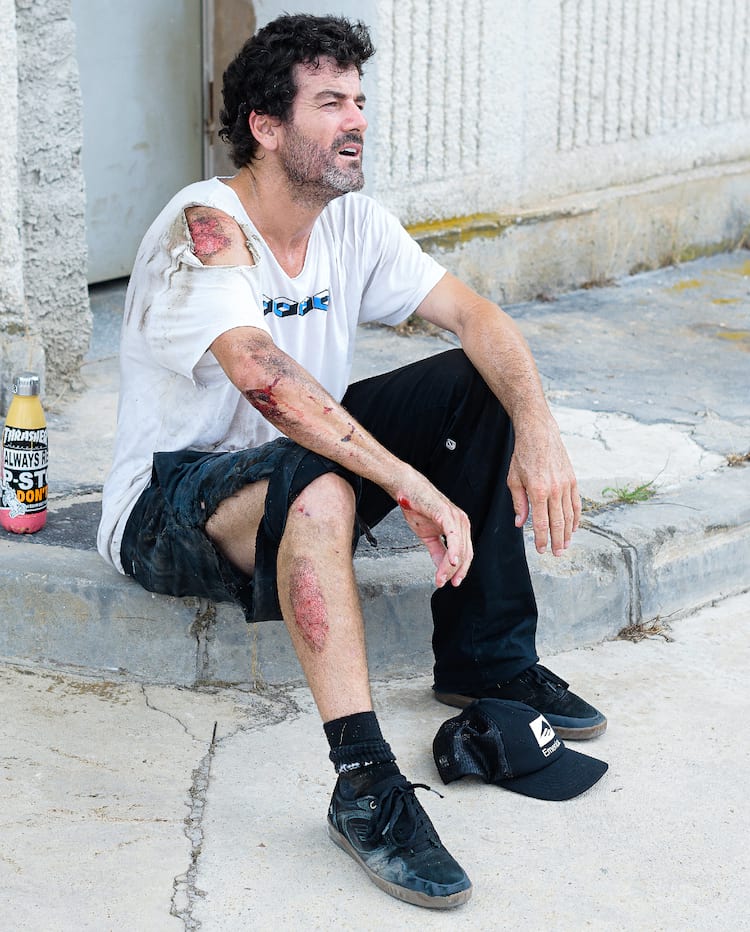 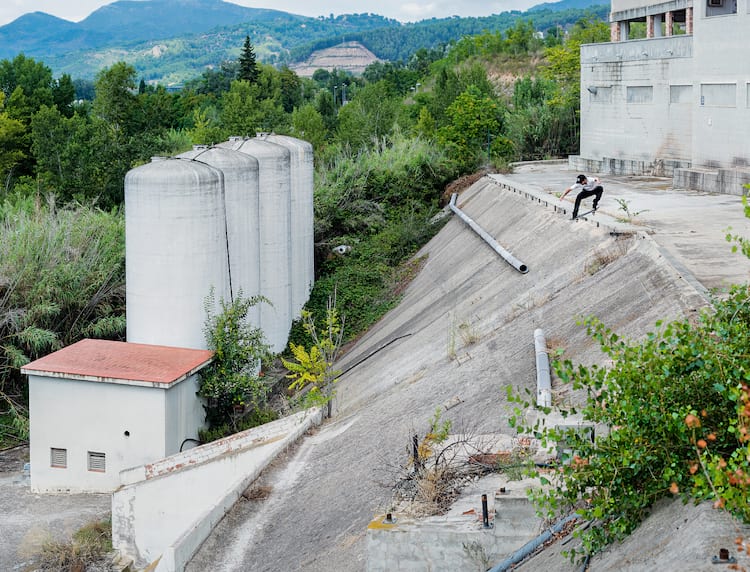