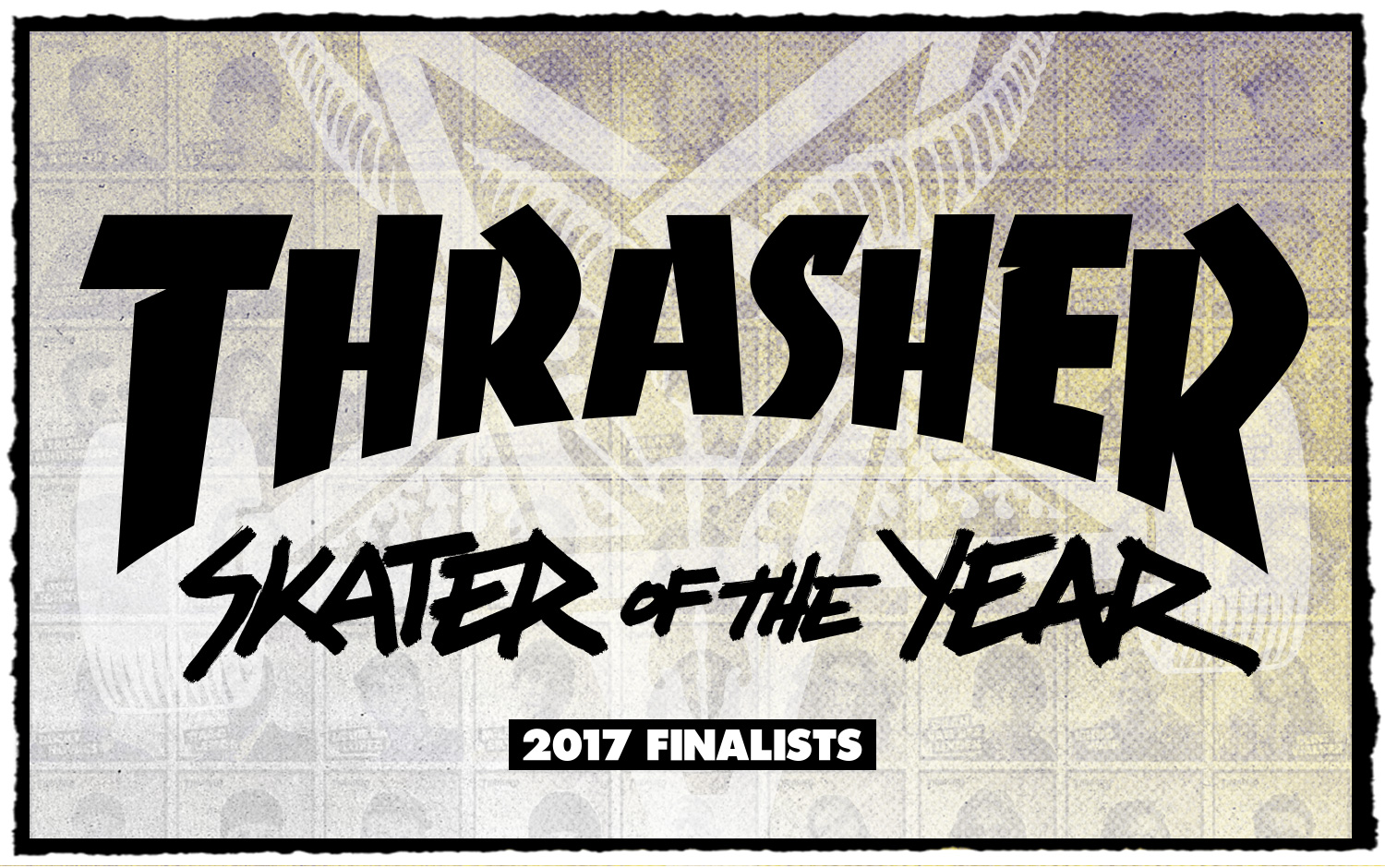 Too many shredders? Glaring omissions? Looming conspiracies? All part of the SOTY experience! One thing’s for sure – the dudes on this list all kicked skateboarding’s ass in 2017. Read the stats, watch the videos and cast your vote who YOU think should get the little man in shorts. Congrats to all our contenders and everyone who ripped this year! 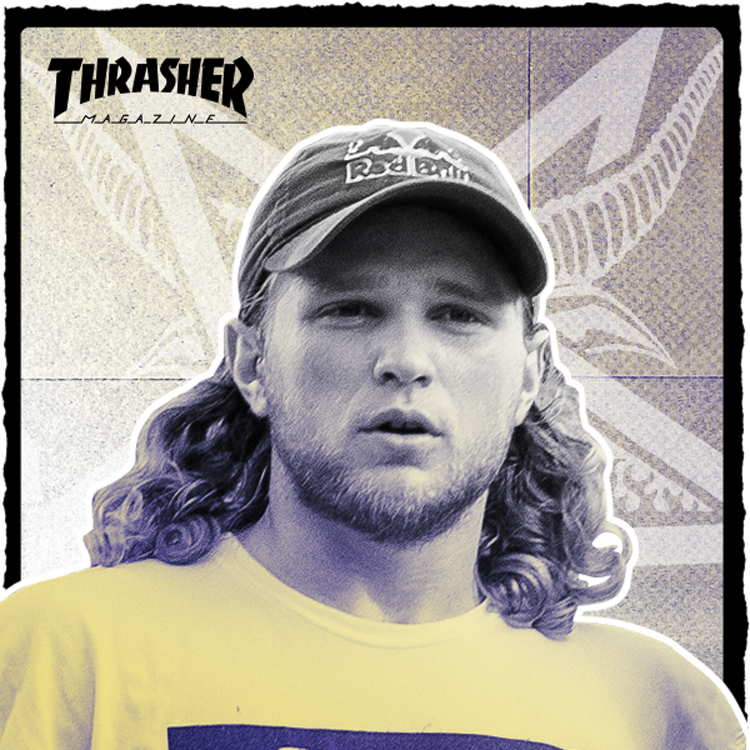 Jamie Foy
Age: 21
Sponsors: Deathwish, Diamond Footwear, Spitfire, Thunder, Shake Junt, Bones Swiss, Stance, Island Water Sports, Red Bull
Home: Deerfield Beach, FL
Big Moves in 2017: Like a husky Cinderella, Jamie Foy’s magical journey took him from the sweat-soaked best-trick contests of Florida all the way to the top of the heap in 2017 starting with his smashing Welcome to Deathwish part, introducing the power of the pinch to a mass audience. He was Muska approved on King of the Road where he didn’t let short shorts, handcuffs or Lizard King’s gentle roasting stop him from dropping progressive/hairball moves at every turn, including the trend-bending 50-50 sex change off the big rail at Havasu. Foy led the charge on the Am Scramble and his pro board soon followed, backed up by another stellar flick – Deathwish Part 1, which saw him not only messing with The Bull, but tossing out handrail NBDs like the back 50 shove it transfer and front crooks shove it pop over. Defying stair count and body type, Big Boy Foy is blazing the trail of what’s possible on a skateboard. Oh yeah, and that El Toro front crooks cover? That part comes out in Ty Evans’ The Flat Earth movie in a couple of weeks.
Rewind it! – That pinch tho 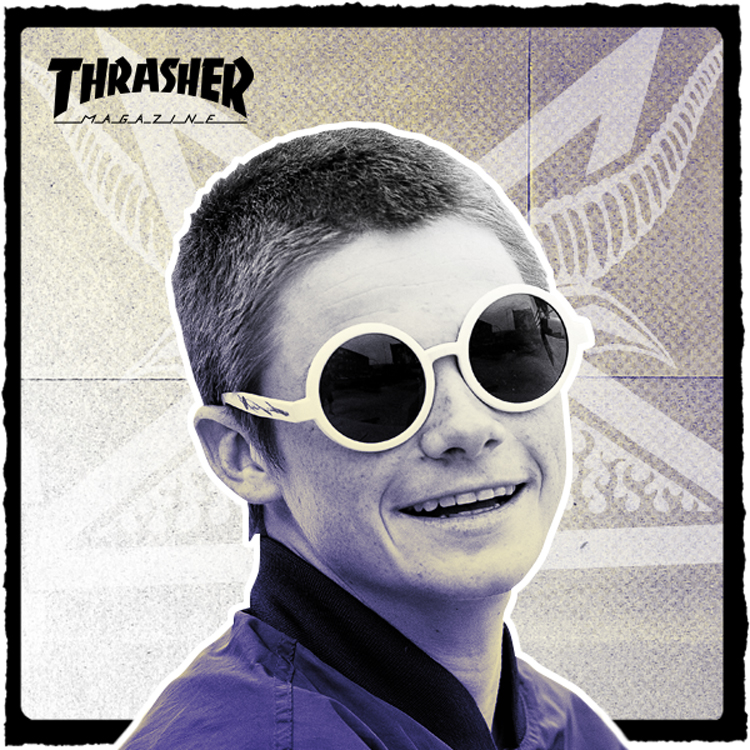 Tristan Funkhouser
Age: 20
Sponsors: Baker, DC, Spitfire, Thunder, Shake Junt, Val Surf
Home: Woodland Hills, CA
Big Moves in 2017: Everyone’s favorite lil’ bastard, T-Funk may have outgrown his Dennis the Menace phase, but his scrappiness is still very much intact as evident in his VXtinct part where he pretty much tapped every cutty spot in greater Los Angeles. Funk paid in blood at Dime Glory, scored a board on Baker and then hit the streets hard for his stellar DC Promo part, which saw modern versatility slam dancing with straight-ahead aggro street thrash – highlighted by a terrifying ollie into a tiny bank and of course that wallie frontside 360 down a solid stack. His Rough Cut is over 20 minutes long and worth every spliff it takes to get through it. You can fake the funk, but not with Tristan.
Rewind it! – Wallie frontside 360 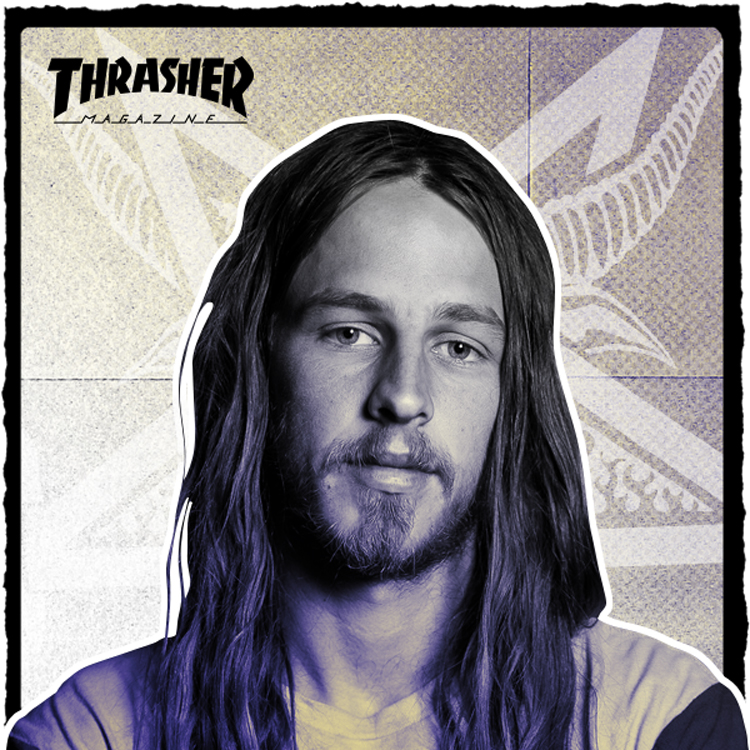 Riley Hawk
Age: 25
Sponsors: Baker, Lakai, Spitfire, Independent, Shake Junt, Hard Luck, Good Worth
Home: Carlsbad, CA
Big Moves in 2017: For a dude battling injuries for the last couple years, Mr. Hawk was one of the most productive skaters of 2017. Not only did he ambitiously fill Metallica’s seven-plus-minute "Four Horsemen" for his curtain-dropping part in Lakai’s The Flare, Riley put out a similarly killer, (and lengthy,) part just a few weeks ago with the good fools in Shep Dawgs 5. His secret: unbridled progression! Watch the Hawk videography and you’ll see he’s constantly building on maneuvers; tirelessly adding new twists, grabs, and even finger flips out to stack trick upon amazing trick. You may even see some of the same spots, but you will never see a re-run in the Hawk arsenal! Provost-ian bank skills, big-ass kinkers and back smith variations out the whazoo add up to a dude who can rip just about any spot – including a tightrope pipe over a ditch. And if that weren’t enough, he even hooked up his pops, (some slashdog pro from the 1980s,) with a sympathy spot on Lakai. Now that’s a class act.
Rewind it! – 50-50 on that massive curved kinker in Shep Dawgs 5 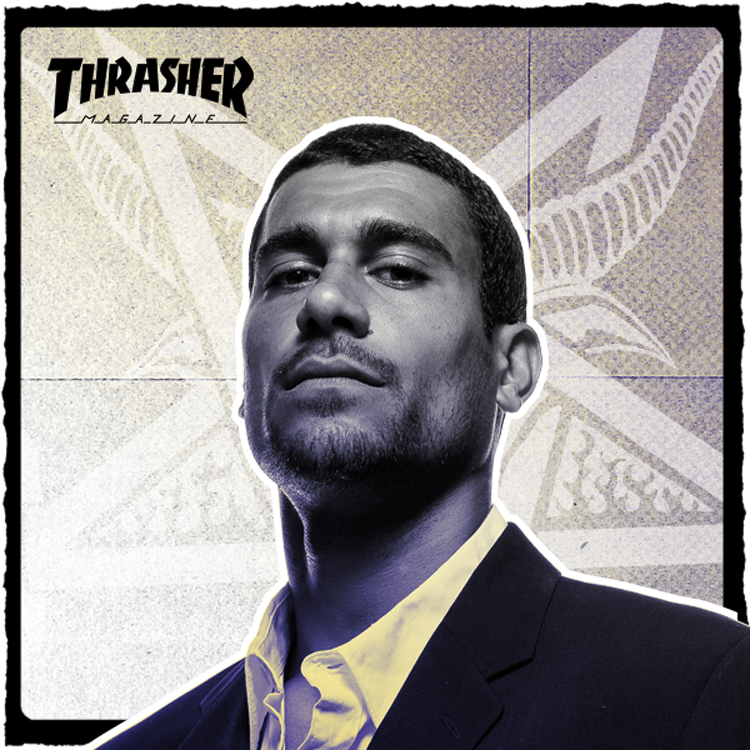 Tiago Lemos
Age: 26
Sponsors: Boulevard, DC, Independent, Grizzly, Andalé, Active, Murk Co.
Home: Jaguariuna, Brazil
Big Moves in 2017: All this guy DID was big moves in 2017. Once again, the Brazilian strongman had his way with blocks both huger and huger, narrowing his cruel focus on some of the more iconic hunks of ‘crete in skateboarding including switch back tail the big wall at MACBA, (straight to the ‘Gram!) SF’s three-up-three-down and of course the Bay Blocks, where a string of enders was somehow pressed into a single high-speed line of exacting terror. Tiago’s table game didn’t suffer either, with an especially beautiful nollie back 180 switch front crooks fakie flip punctuating his part in DC’s self-deprecatingly titled DC Promo video. His recent Indy flick pushed him even farther into his own category. Like Homoki and his rooftops, there is now a new category of spots and tricks that are pretty much “Tiago only.” We see a wall, Tiago sees his next victim.
Rewind it! – That switch back tail across a 60-foot-long grass gap 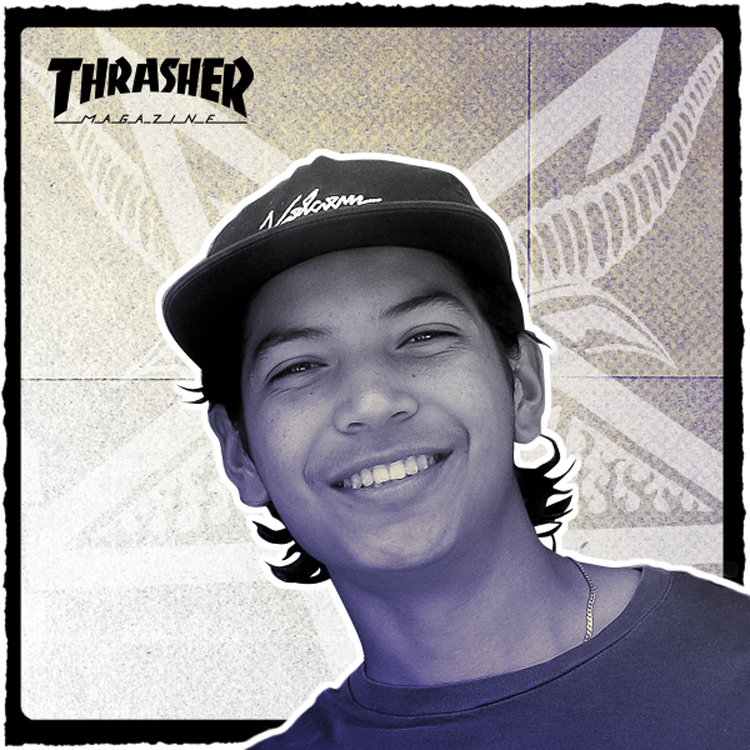 Louie Lopez
Age: 23
Sponsors: Flip, Converse, Volcom, Independent, Spitfire, Mob, Hard Luck, Hardies, New Era, Beats
Home: Hawthorne, CA
Big Moves in 2017: Discovered by Lance Mountain and classically trained in the Flip tradition, skateboarding’s favorite homie came into his own in a huge way in 2017 – hanging with the Hellriders on Thrash n Burn, braving the boulevards of SF in his Spitfire part, barnstorming in a bus with the Volcom Stoners and grabbing a cheeky pint straight out the hands of an unsuspecting businessman after flying over the fence at Southbank. Heck, he may have even won a contest or two. Then there’s this West End situation … Effortless yet tough. Spontaneous yet precise. Progressive yet always pure. Louie Lopez is absolutely perfect on a skateboard right now. He may, in fact, be the best we have.
Rewind it! – Frontside flip to grab that pint 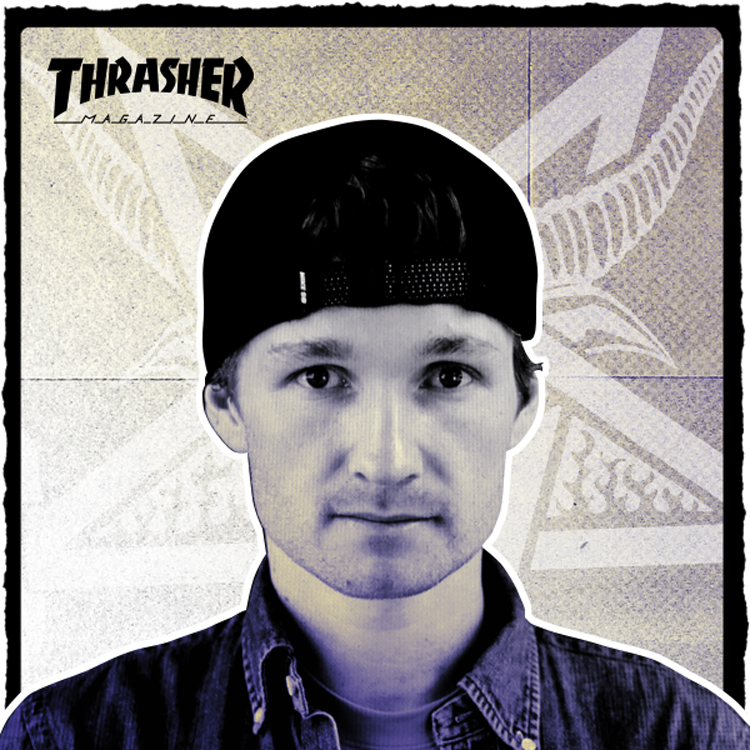 Shane O'Neill
Age: 27
Sponsors: Primitive, Nike SB, Thunder, Spitfire, Diamond, Grizzly, Glassy, Villager
Home: Melbourne, Australia
Big Moves in 2017: Skateboarding’s leading trick creator, Shane O’Neill’s Levels part was 90% never-beens and probably 25% never-ever-agains – and not just with the ledge combos. Nugget flexed his comfort on the big shit, mixing ditch bombs, Nyjah-sized rails and that moto tow-in switch flip at Heath’s gap to earn one of the best covers of the year. A telling Thrasher interview further humanized this maneuver machine and a home skatepark and fatherhood keeps him grounded – and inventing more amazing tricks on a daily basis.
Rewind it! – Half the tricks just to figure out what the fuck they were!

More:
This is not the new Shane O'Neill Video 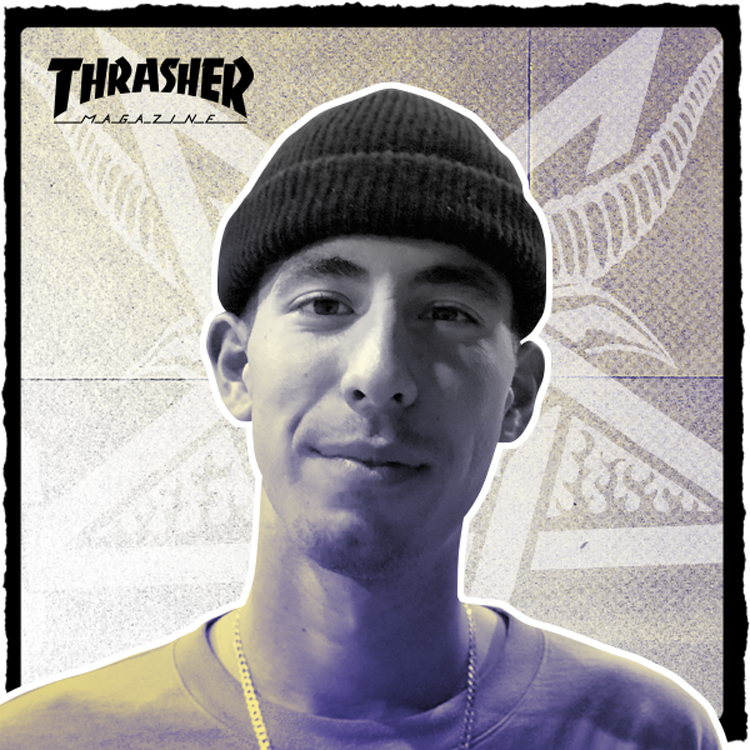 Miles Silvas
Age: 22
Sponsors: Numbers, Adidas, Thunder, Mob, Official, Wayward Wheels, PLA Skateshop, FOFA hardware
Home: Sacramento, CA
Big Moves in 2017: With a major wood upgrade on Numbers, Miles literally stepped into the company of legends and his skating more than reflected it. A regular mindblower on the ‘Gram, Silva’s perfection/progression hit the pavement with his shocking Edition 3 part, an assault of big, big switch rail tricks, lofty drops, Ginsu-sharp lines and even a hairball stunt or three. The switch heel flip back tail off the ledge at MACBA was the banger heard ‘round the world, while that back tail fly out at Davis, (in shorts and two chains!) showed just how gnar this PLAboy truly is. Gangster AF.
Rewind it! – Switch heel back tail at MACBA 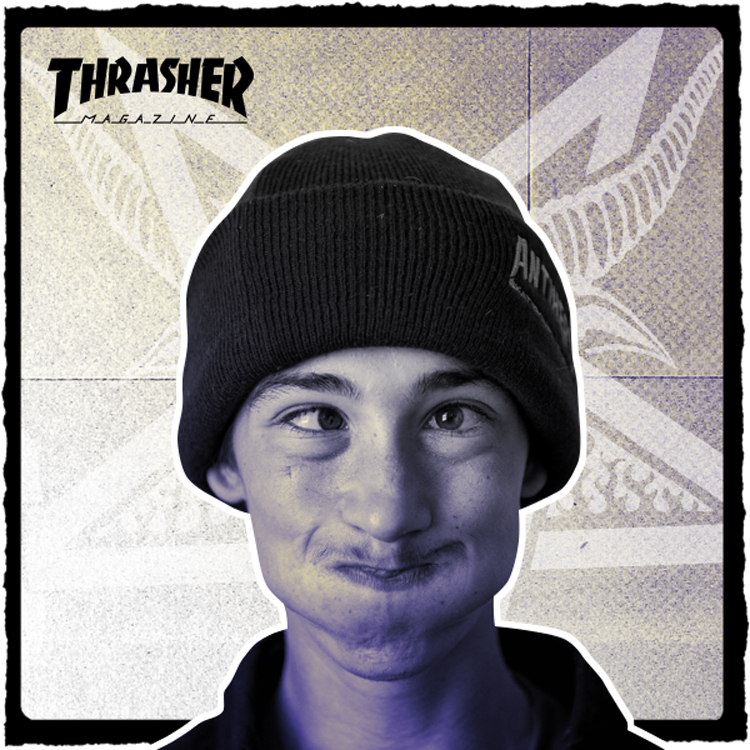 Daan Van Der Linden
Age: 21
Sponsors: Antihero, Vans, Volcom, Spitfire, Indy, Modus, 100% skateshop
Home: Veldhoven, Netherlands
Big Moves in 2017: For a skater who keeps us begging for more, DVL managed to commit quite a bit of magic to the ol’ memory card in 2017, starting as an ATV standout on a trip with one of the heaviest crews of the year – KWalks’ The Good Homies SOTY mission to Oz. Eggplanting channels, riding rails and popping in and out of tricks in progressively weird ways, Daan never left the road, hightailing it from there to Antihero’s big New Zealand mission where he sparked more controversy with a bigflip McBagpipe and a raucous, if untucked, inaugural McTwist. Washing up in SF, Skankie went straight to all the most dangerous spots, including St. Mary’s for that back tail that shoulda been the cover before barnstorming back to Europe for Thrash n Burn where he joined P-Stone and the boys for a couple more weeks of mayhem (and a switch heel McBagpipe, this time.) Some dudes plan out their skate careers, Daan is living his. He’s out there living it right now. God bless him!
Rewind it! – St. Mary’s back tail in Spitfire’s Arson Dept.