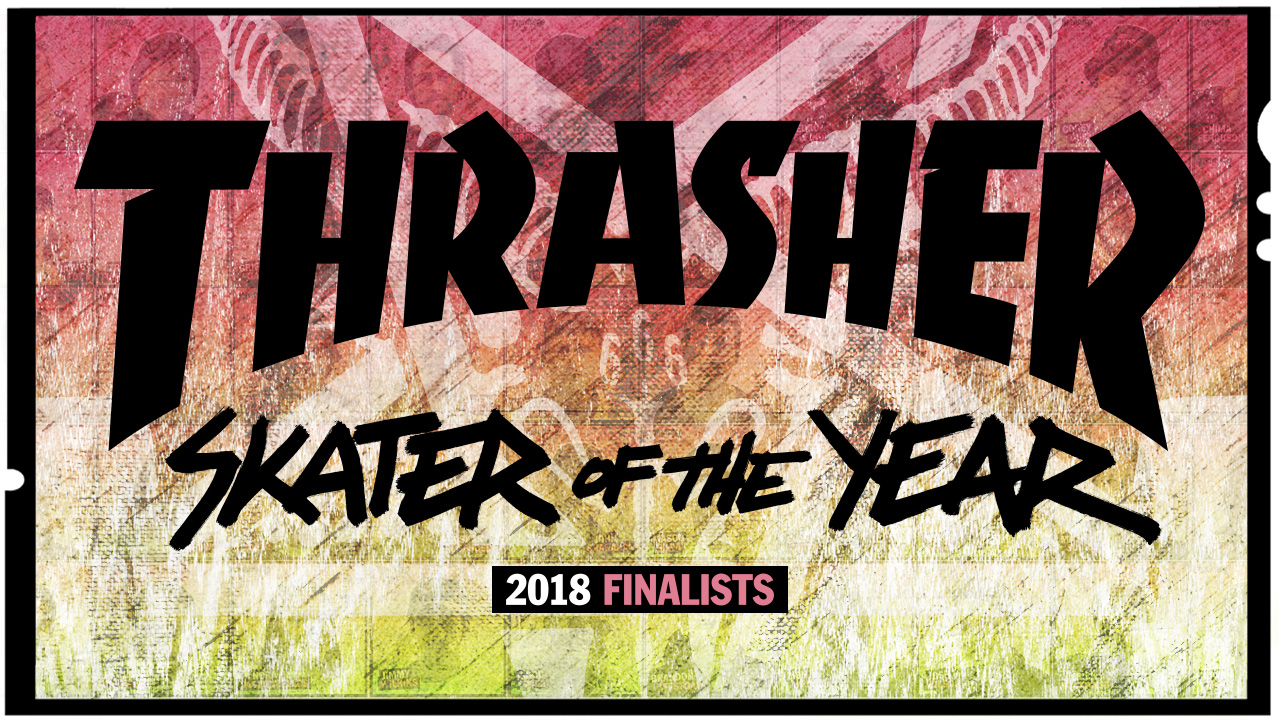 All the incredible shredding of 2018 boiled down to eight amazing skaters? Yep! This is what we do. Each of these dudes made their mark on skate history this year but only one can hold Rusty aloft. Check the stats, watch the flicks one more time and tell us who YOU think should take home the only award that matters. Big love to all of our top 50 and everyone else who made skateboarding the best it’s ever been this year! Cast your vote now. 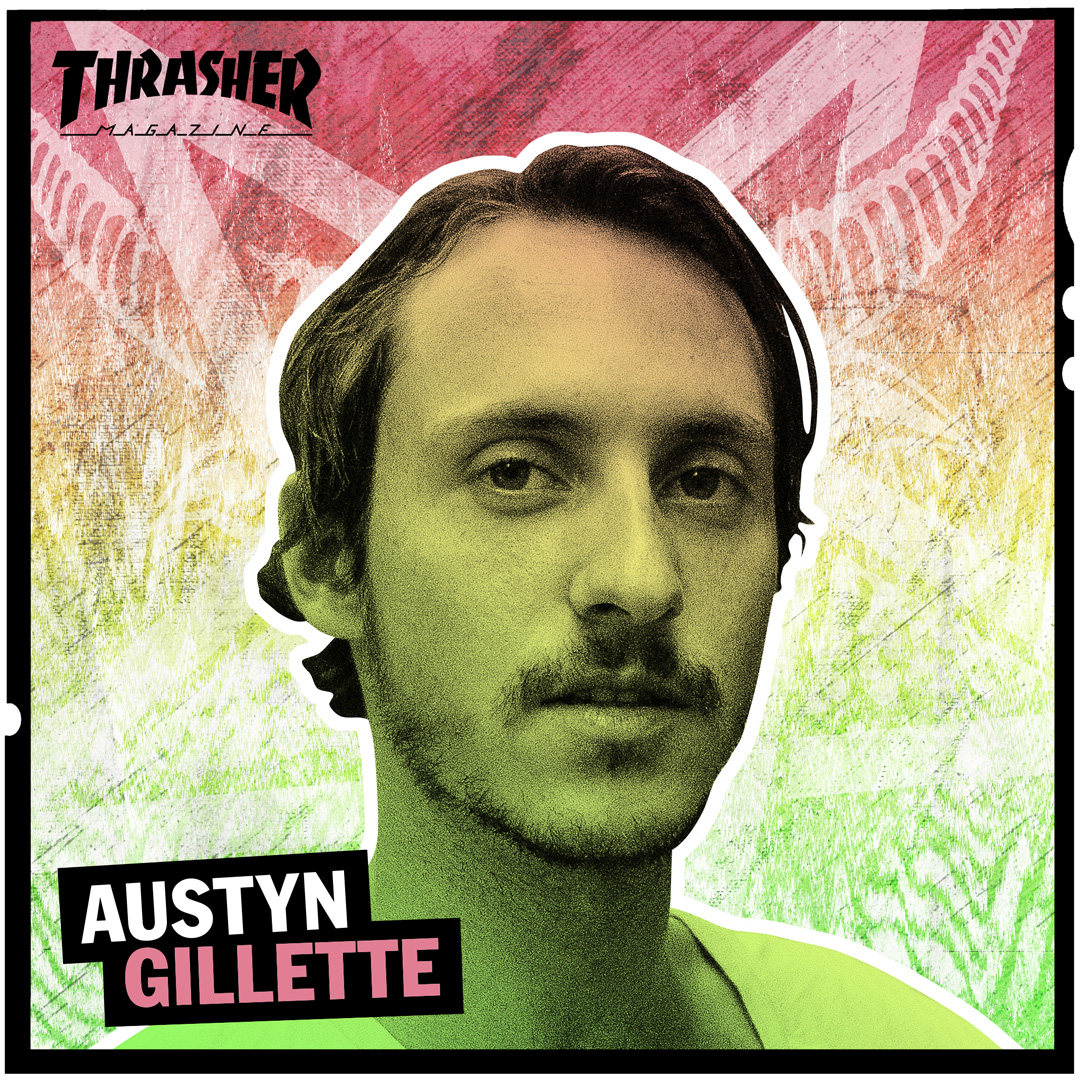 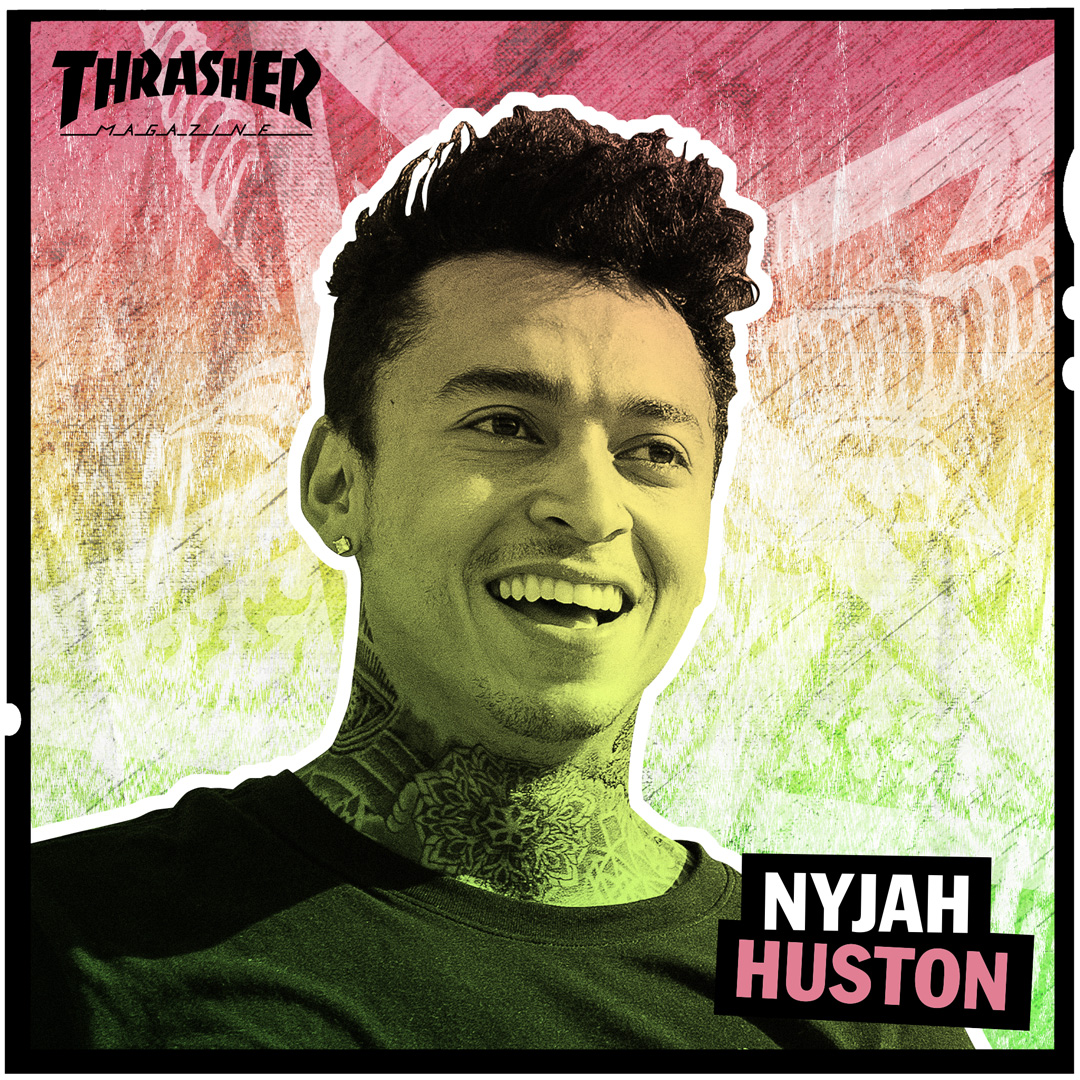 Nyjah Huston
Age: 23
Sponsors: Element, Monster, Nike SB, Diamond, Ricta, Bones Swiss, Black Plague, Hawkers
Home: Hollywood, CA
Highlights: With four-million views and still kicking, ‘Jah’s Ty Evans-enhanced 'Til Death part was undoubtedly the most-watched skate video this year, due in no small part to featuring some of the most hectic rail maneuvers ever scraped, slid and flipped out of. And, man, can this guy take a hit! Skeleton-rattling slams kept him off the podium at times, but he rebounded long enough to climb in the KOTR van to help his Element bros snag top honors. His short shorts and custom cape (and appearance in Nike’s Colin Kaepernick TV commercial) might make him look the ultimate crossover athlete, but make no mistake, beneath those technical fibers beats the heart of a true skate rat.
Double tap it! Backside 180 nosegrind all the way around 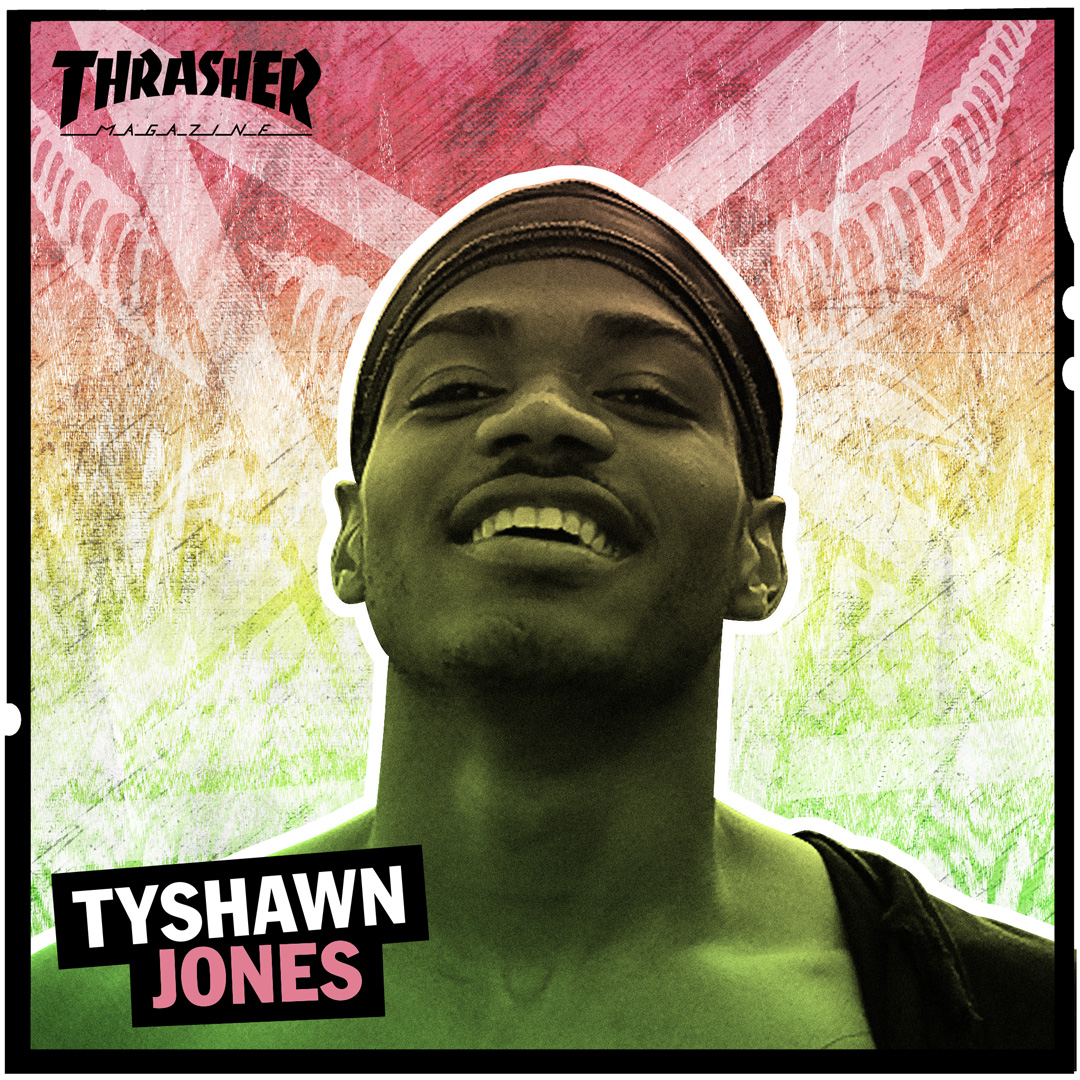 Tyshawn Jones
Age: 19
Sponsors: Fucking Awesome, adidas, Supreme, Spitfire, Thunder, Hardies, New Era, Taste So Good Make You Wanna Smack Yo Mama
Home: Bronx, NY
Highlights: Purists rejoiced as TJ ran riot over the raw streets in 2018, starting with an impromptu front board on a chest-high tractor in NYC traffic and teased all year long via playground snippets of what can be done with a man and a can. With his Blessed part finally released, the Jones story was fleshed out with technical rail moves, innovative approach, ungodly snap and equal parts swagger. He does what he likes and likes what he does. All hail the King of New York!
Double tap it! Nollie flip a full-sized bin 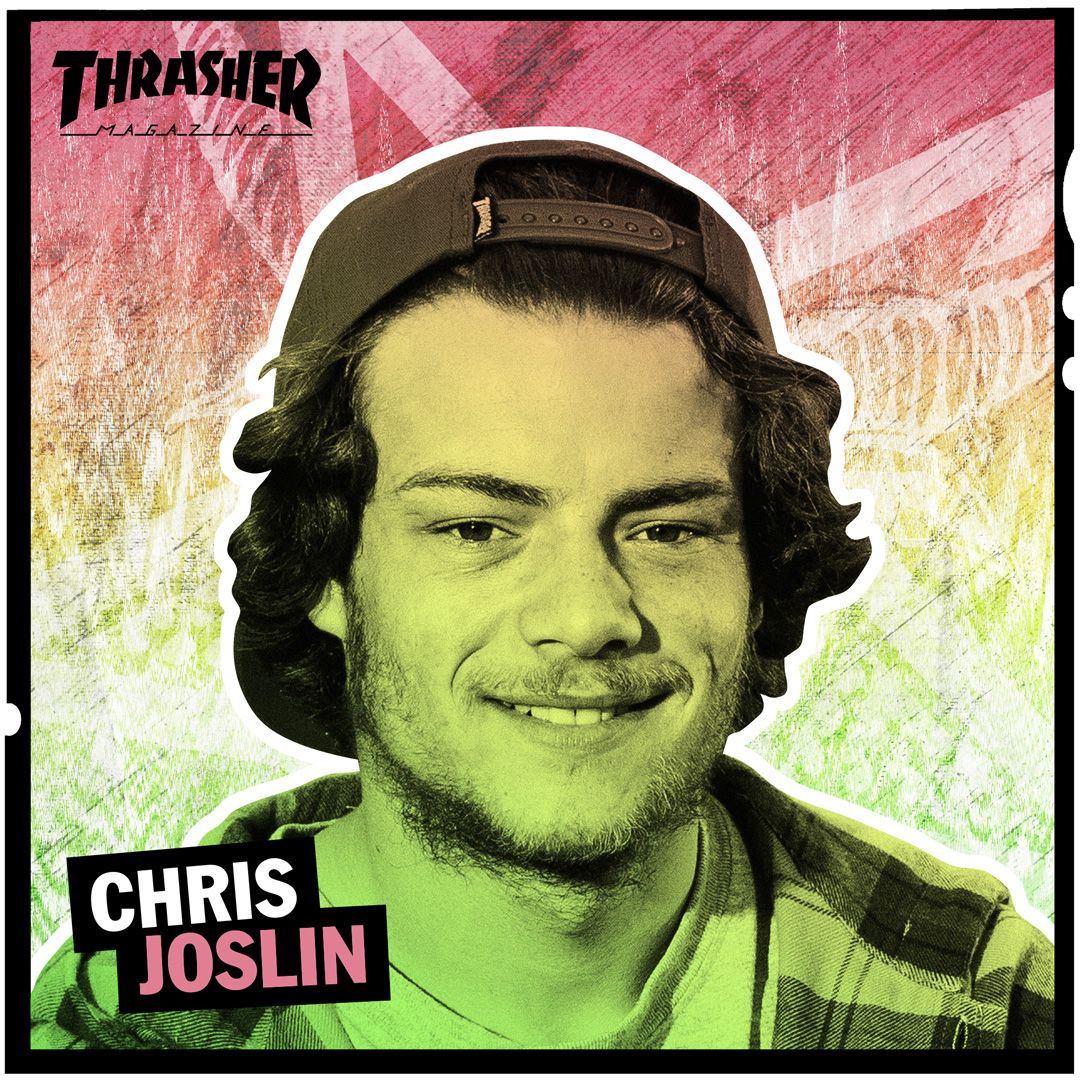 Chris Joslin
Age: 21
Sponsors: Plan B, Etnies, Grizzly, Bones wheels, Indy, Bones Swiss, Ethika, Rockstar, Active, Diamond
Home: Cerritos, CA
Highlights: His Etnies Album part proved once again that Mr. Joslin is the most heroic hucker of all time, mixing myriad maneuvers down ever-more-vertigo-inducing terrain, Wallenberg included. It was truly Death From Above survived. And while any other pro would rest for a year (or five) Joslin quickly followed up with his shoe part, Unstoppable, another top-shelf treat revealing the technical side of the Joslin Experience, assaulting everything but the drops with flair to spare. He can do it all, regular and switch, and literally cannot be stopped.
Double tap it! Nollie flip the giant Vancouver double set
More:
My War! 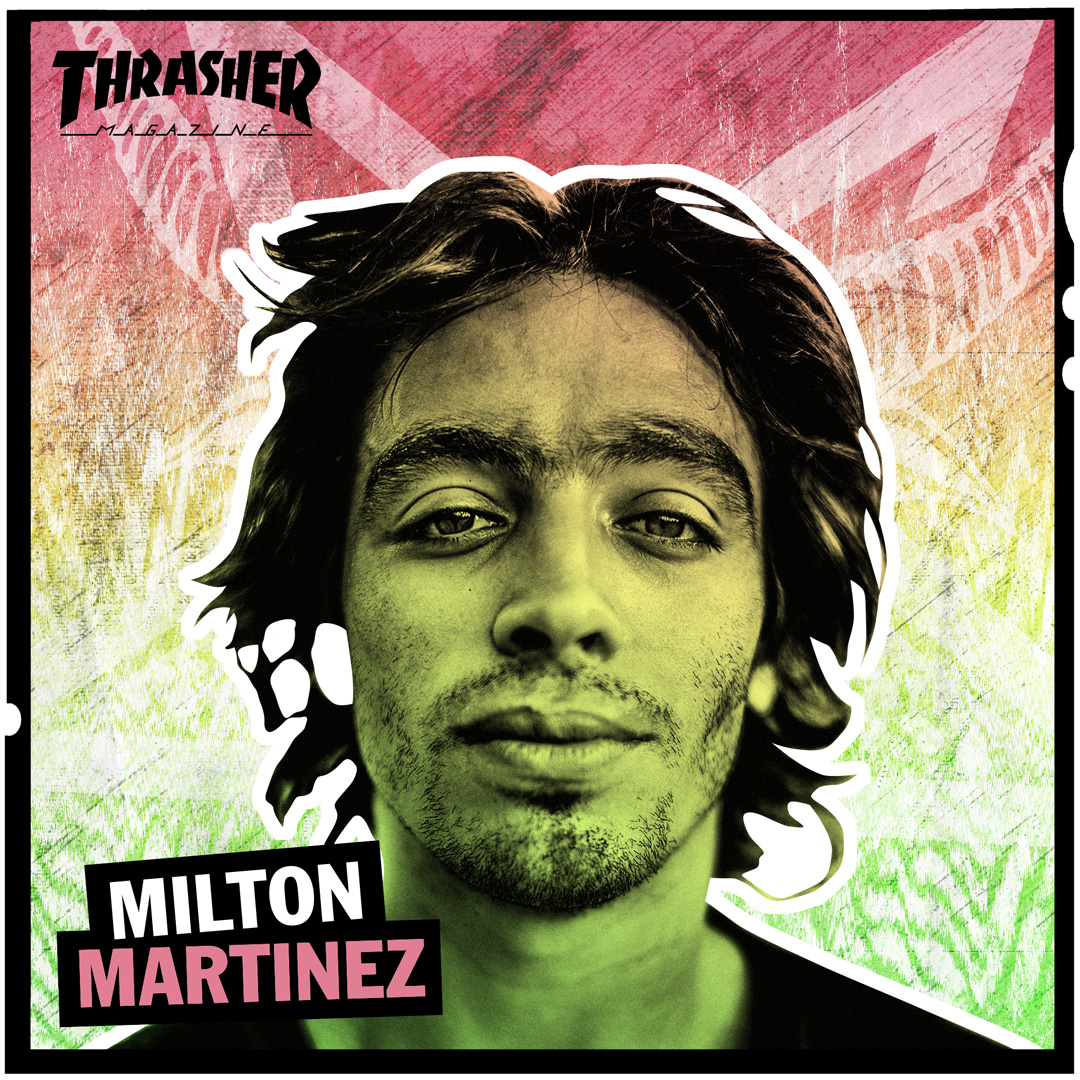 Milton Martinez
Age: 27
Sponsors: Creature, Cons, Volcom, Indy, OJ, Bronson, Mob, So-Cal Skateshop
Home: Mar de Plata, Argentina
Highlights: The dude going the fastest, highest and longest at every session, Milton was seemingly everywhere in 2018, blowing minds and cranking it to 11. No full video part this year, but managed to be the star of every tour he went on including barn burners with Cons, Indy and Volcom. Dios mio!
Double tap it! Below-sea-level gap to lipslide
More: 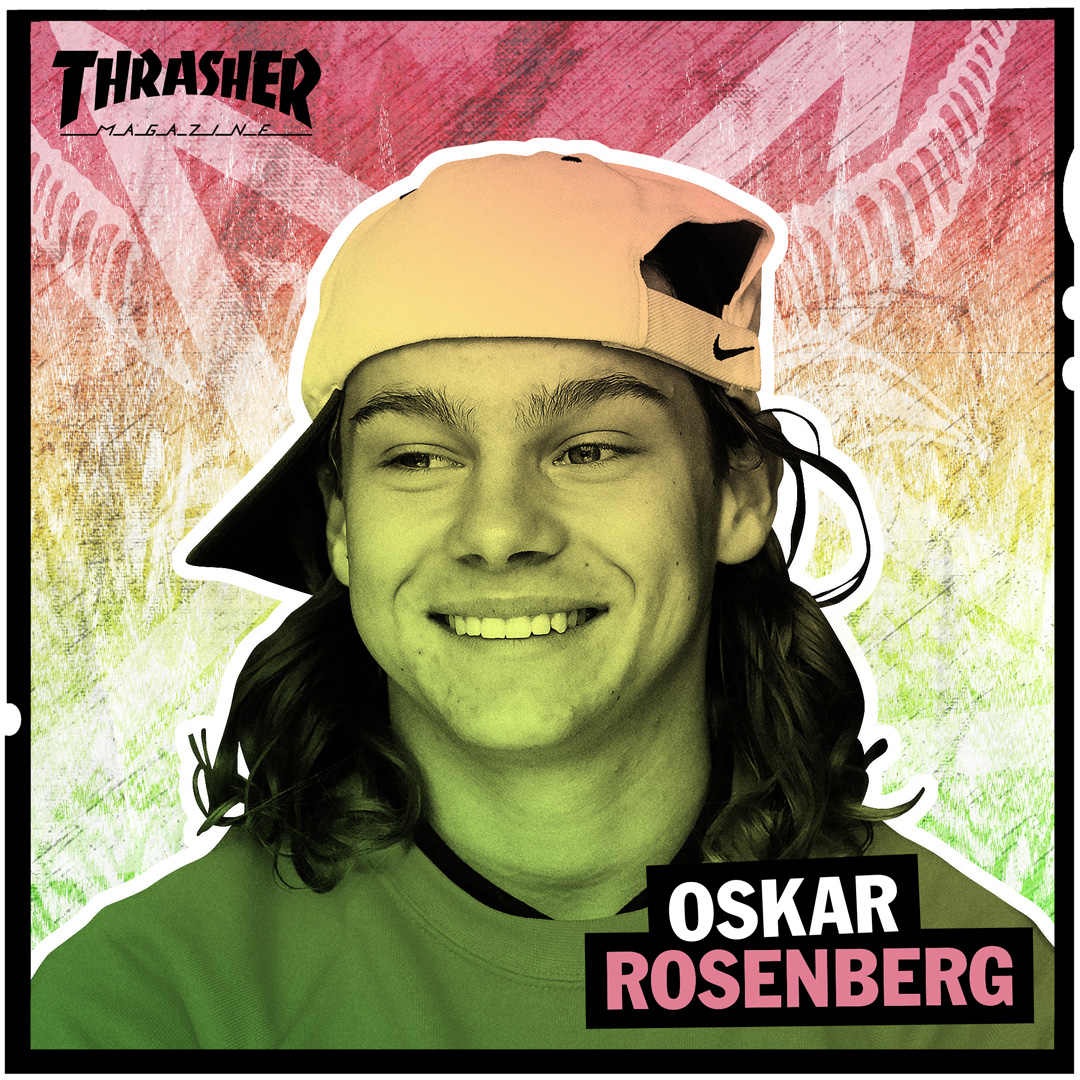 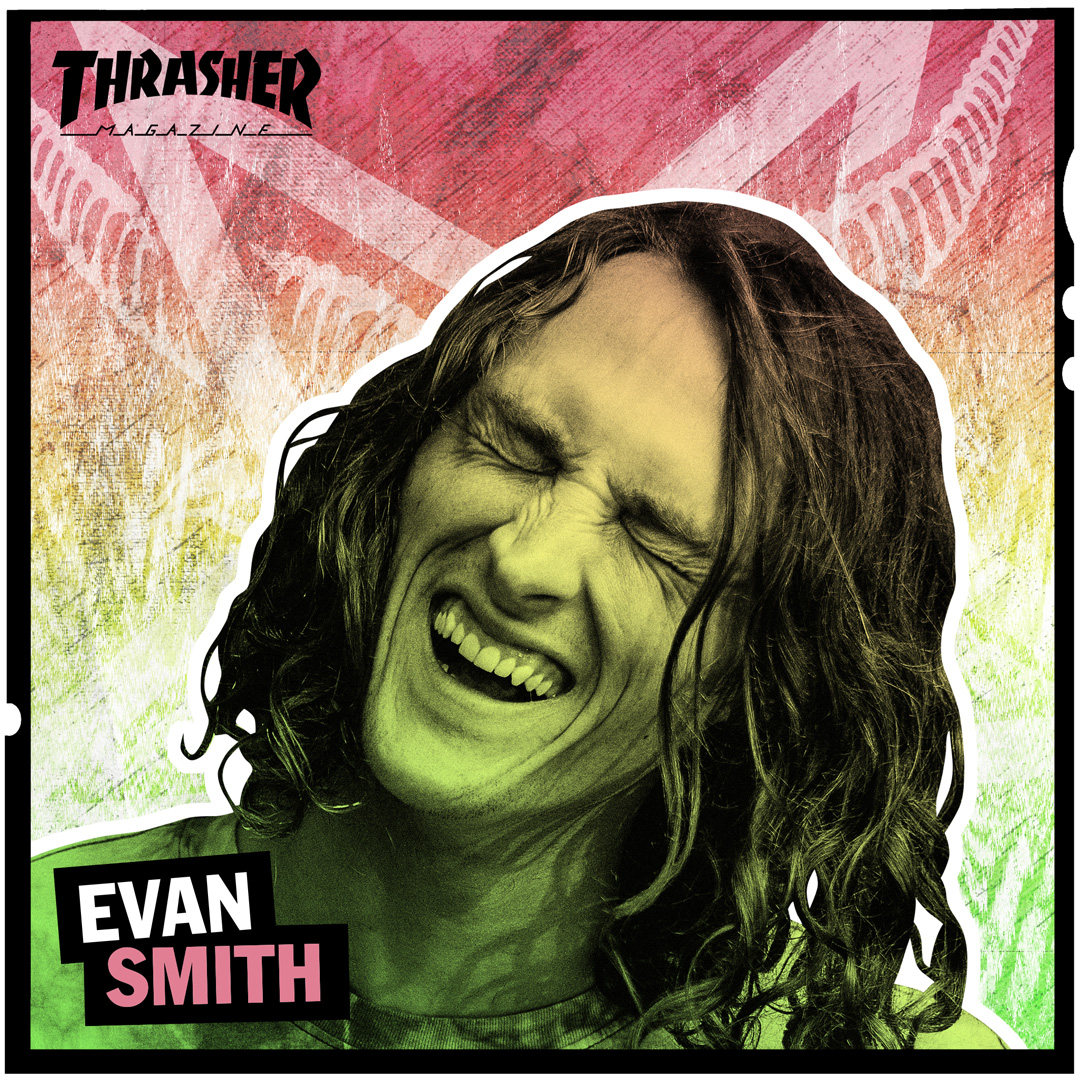 Evan Smith
Age: 27
Sponsors: Element, DC shoes, DC apparel, Indy, Spitfire, Bones Swiss, Shake Junt, Jimbucha Bevs, No Hotels, Plus Skateshop
Home: Orlando, FL
Highlights: The magical skater from another dimension, Starheadbody shocked TV Land with his KOTR performance, leading his team to victory and earning MVP with skateboarding and gastronomical nihilism unrivaled. His Peace part showcased a skateboarding prophet at the top of his powers. He can literally do whatever his beautiful mind can envision. And did you know he was out with a broken foot for most of the year? How could you?
Double tap it! King of Rattlesnake Mountain 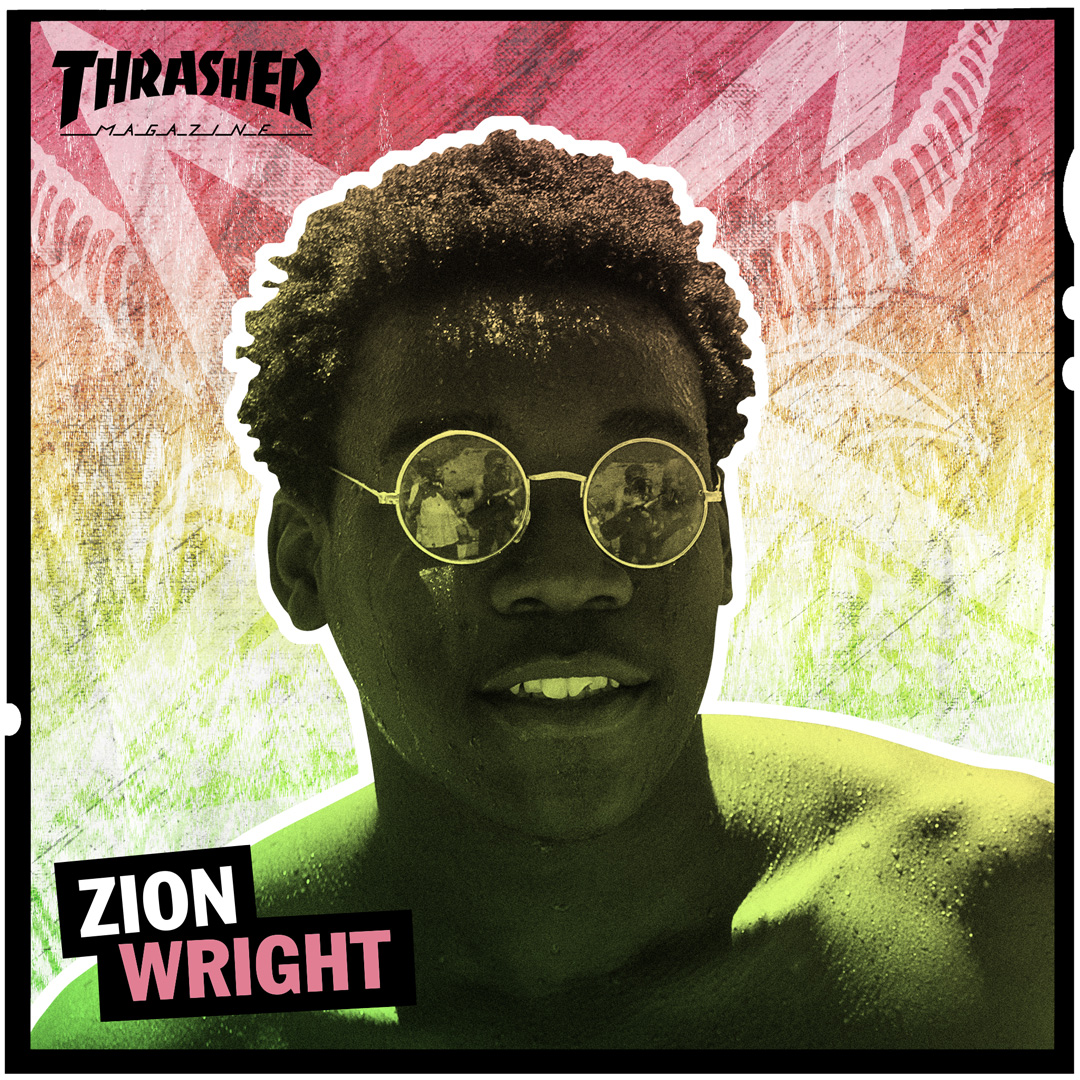 Zion Wright
Age: 19
Sponsors: REAL, Nike SB, Thunder, Spitfire, Bones Swiss, Red Bull, Shake Junt, Hot Wheels, Glassy, Kreamy Wax
Home: Jupiter, FL
Highlights: We cried with him at Lower Bobs, screamed for him at the VPS bowl contest, watched him with The Rock on HBO and shook our heads when he delivered yet another amazing video part last week. Nobody has had a more stellar rookie year than Zion Wright. He’s a new kind of super pro – insane on all terrain, killing it on the streets and at the contests, TV-friendly and ready to cash those checks. To quote the man himself, “Oh my God!”
Double tap it! Half-Cab back Smith Hollywood 16
More:
"REAL" Part
Thrasher Interview