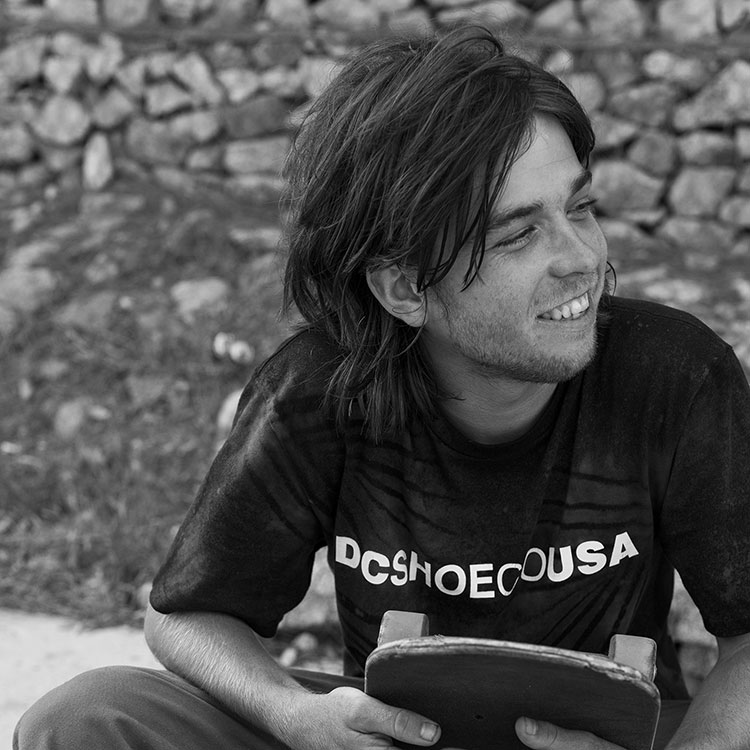 Where are you at right now?
Fuckin’ chilling at MACBA right now, just drinking some beers and chilling with the homies.

You're in Spain? I'm in Spain, too. What are you doing, dude?
Yeah, dude, out here with Ty Evans, just skating and filming for a video project. It's just gonna be a normal video, not like the last one he made.

Holy shit, man, that is awesome to hear. What is it like filming with Ty?
Dude, it's fucking crazy. All these crazy cameras. Just growing up, watching skate videos that he's made, so it's pretty crazy being out here with him and being a part of it. It's epic, dude.

You've been going to Barcelona a lot it seems.
Yeah, I've been twice with Ty, once with Pizza last summer and a couple more on my own missions. Can't get enough of that place, dude. It's insane. It's so good. You can go out there for a month and film a whole video part. 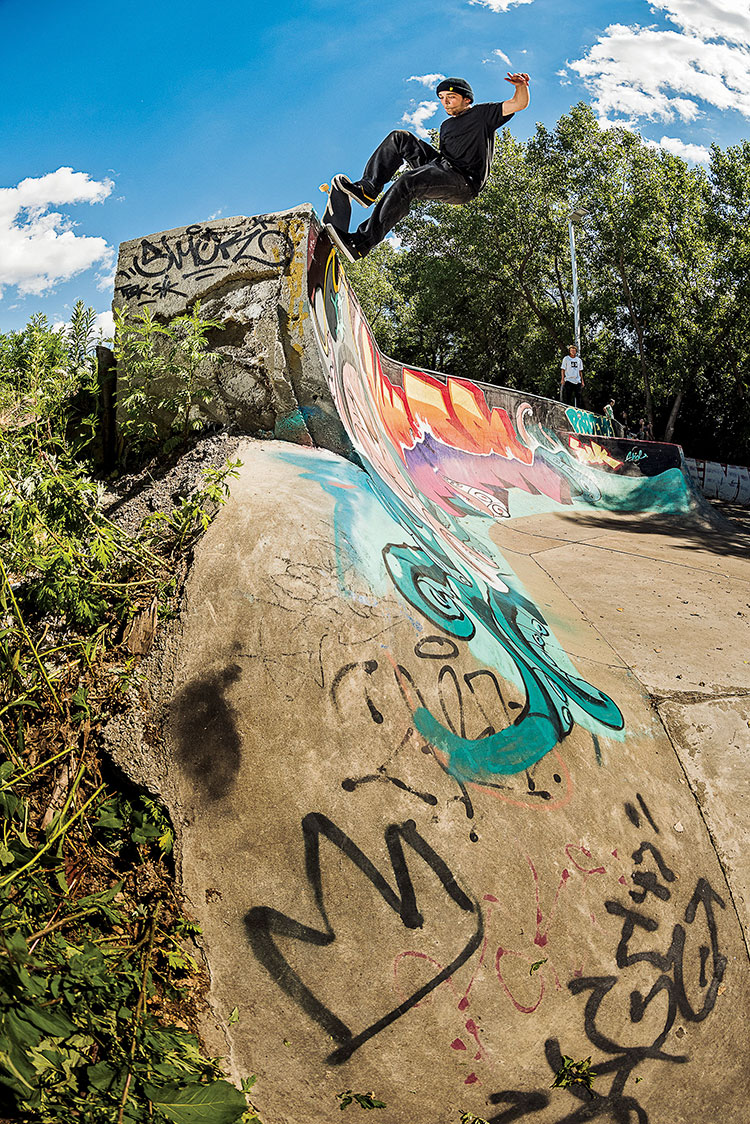 Nosegrind off the pool cope into the lil' titty—super pretty     Photo: Blabac

You're always on the mission filming for video parts. I'm calling you specifically to talk about your new Arrival part. Your fuckin’ part is insane. What is it like grinding these fat-ass rails? What goes through your head, dude? It's insane.
Fuck, dude, I just try not to think about it. I try not to roll up or anything. If I'm feeling it, if I'm hyped on the rail or whatever and my minds telling me I could do it, I just go for it. I just try not to think about it. I love the feeling, though. Fuckin’ grinding the metal is a drug, man. Shit's fuckin’ real.

That's so sick. It is a mind battle; I can only imagine. But it seems like you have that confidence about you, where you're just, like, alright, I'm gonna send it and I'm gonna get on that. And sometimes you take some spills, right?
Oh yeah, dude, fuck. Just took one last week up in SF. Haven't had it happen in a while, thank God, but definitely faceplanted at the bottom of this rail. Shit sucked, dude.

What was the hardest trick you filmed for this Arrival part?
Probably that last grind. That spots a kick-out. It took four separate trips to do that thing and I only got 30 minutes each time or maybe not even that. That, or the kickflip backside 50-50 at Rincon.

How many tries did it take you to grind that huge rail?
I couldn't even call it but over 100, for sure. Grind, jump into the grass, or jump into the stairs. I had a couple close calls, smacked my knee, got heel slips. That was scary as shit, but I got away. 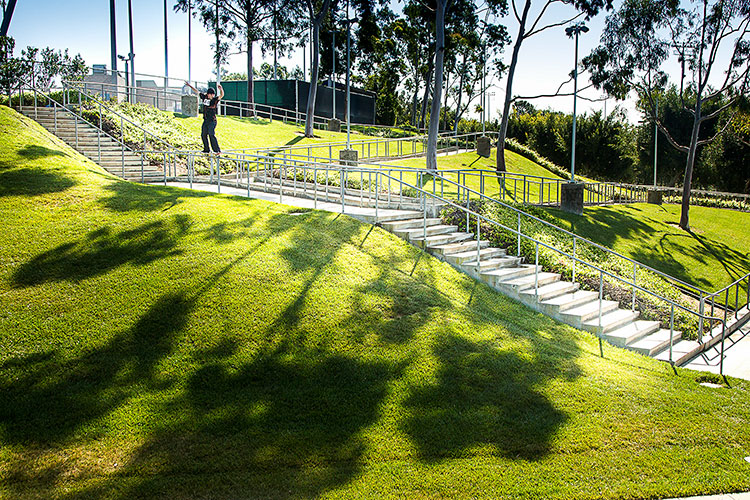 Chase gets his daily dosage of heavy metal on a hellacious 50-50, begging the question: why isn't this dude pro yet?     Photo: Broach

So this Arrival vid also had John Shanahan and Alexis Ramirez in it. What do you think of Shanahan's attire?
I love it. He's on his his own shit, dude. Shanahan's the man. First time I met him was last summer. Right off the bat he's cool as shit and we ended up rooming together and kicked it off. He's cool.

Do you skate much with him and Alexis?
Not much really, but a few times on a few DC trips. I've known Alexis since we were, like, 14. He's a little younger than me, but I would see him around San Diego at the local contests and shit.

Did he always have the scumstash as a little kid?
Probably! Not as much as now, though.

You were filming at Double Rock recently, right?
Yeah. Me, Shanahan and Alexis were up there. Good times, dude, staying at Double Rock and going out skating during the day and shit. I never really skated SF before. 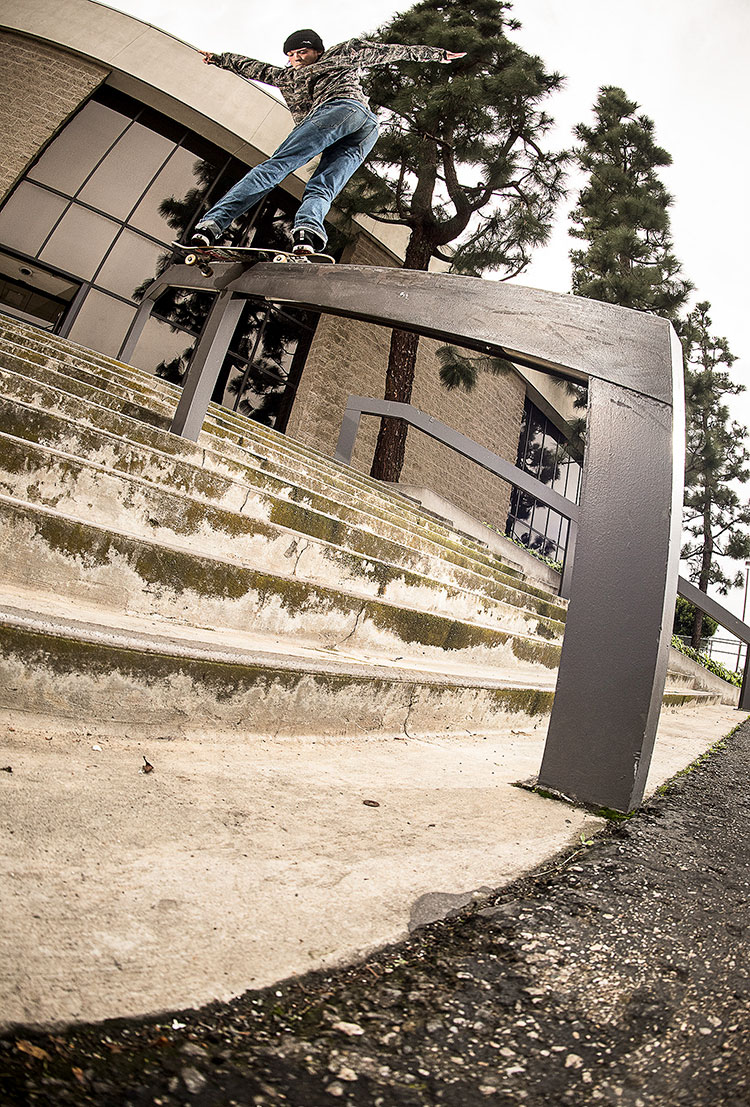 Not a front hurricane—Chase twists up a sugarcane to announce his Arrival     Photo: Blabac

So Michael Pullizi just turned pro for Pizza; that was big.
Yeah, dude, he's nailing it. He has the ledges and rails dialed. The control he has is insane. He'll go try the backside 180 nosegrind to something on a flat bar, but if he doesn't get to the combo part, he'll keep grinding for days. It doesn't even look like he's budging on that thing.

What's up with a Pizza board with your name on it?
Ah, man, I don't know! I don't even wanna think about it. I'm just skating, having fun. It is a goal, but it's scary to think about. I've been skating for so long and it's every kid's dream to go pro. I've been working at it for so long, especially the last four-to-five years, I've been trying to skate my hardest and just get there, but I'm in no rush. I want people to say, “Damn, why isn't he pro?” I want to earn it.

What was your first board sponsor?
Termite skateboards, when Austyn Gillette was on! I was seven years old when that was going down. That was little kid shit. You can't do much when you're a little kid, ya know. Then I grew up a bit, around 14-15, and I tried to kick it back into gear.

Who did you look up to as a kid?
Well, Flip Sorry was my first video, so Rowley was a big inspiration. Growing up, I liked all different types of shit, John Cardiel was my favorite too. 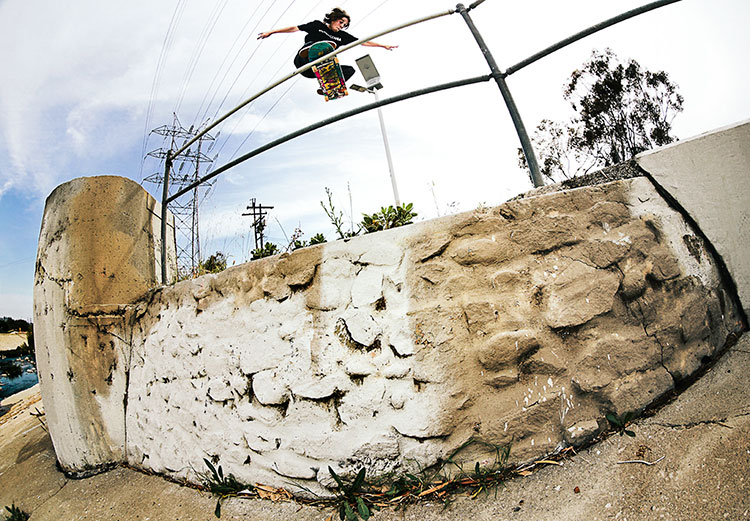 What about current favorite?
I have favorites for different genres, but I still love Cardiel and Rowley. Right now, I think Ishod is the best; he's a maniac.

What's the rest of your summer looking like?
Next week I'm going to Bali and the Philippines with DC. Then a US trip with Ty to finish up his video with the dudes that are in the video: Jamie Foy, Carlos Iqui and Pulizzi is shooting for a part and there's a few other dudes.

Dude, stoked man. I'm glad you're on the mission. You're on a serious mission, dude. Please keep it up. Keep doing exactly what you're doing. You're blowing heads.
Fuck yeah, Evan. No doubt, G.

Anything else you want to say to all the people out there? Last words?
Fuck, dude, I'm just fuckin’ stoked on everything. Skating's the shit, DC's the shit, you're the shit. Fuckin’ yeah, dude, I'm hyped, man.

We fuckin’ love you, bum.
Fuck yeah, dude. Hope you guys have a good rest of your trip. 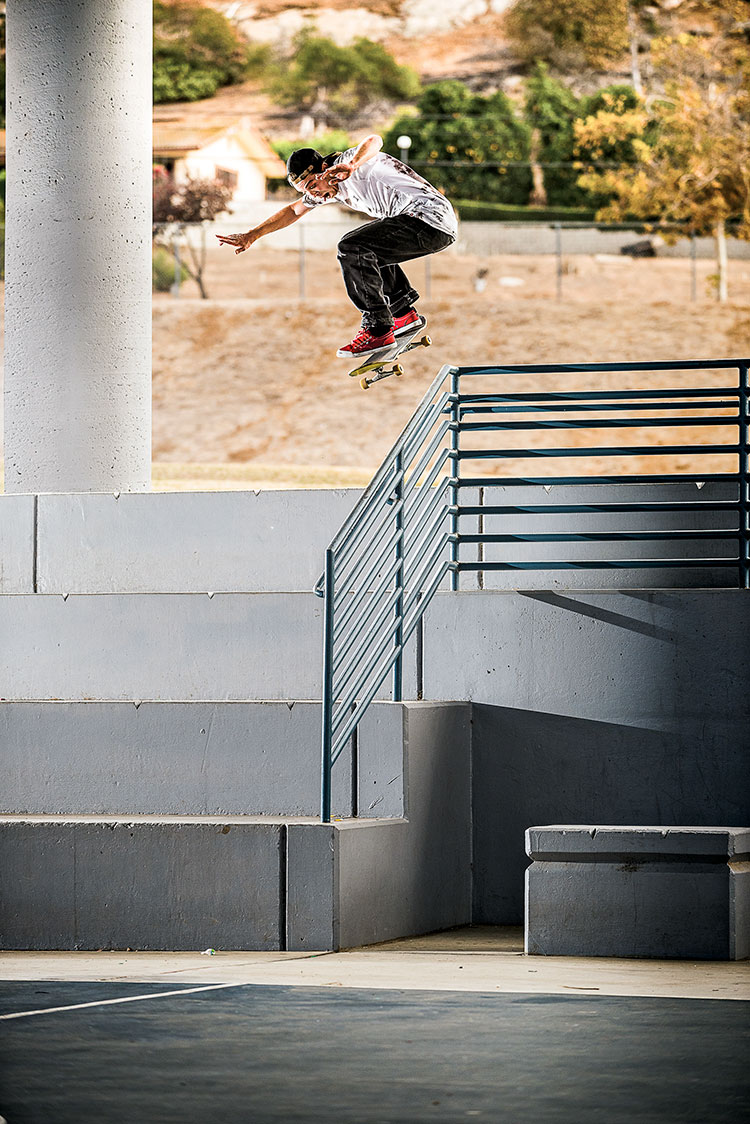 Anything at Rincon is gnar, but a kickflip 50-50 is straight-up nuts. When this isn't your ender, you're going for it!     Photo: Blabac