The Follow Up: Shane Farber Interviewed by Mason Silva 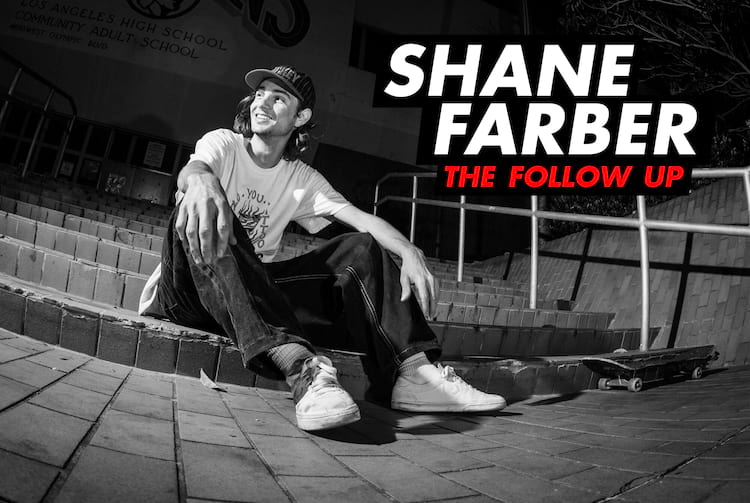 Since moving west, Shane’s had features in the mag, spritzed in Slovenia with the SOTY and undergone two hip surgeries. He took the risk and it's paying off with a spot on Cons' roster and a new part with 2020 FOTY Ryan Lee. On the heels of said video, our guy Mason catches up with his squadmate to see how this ATL star is settling into the California dream. 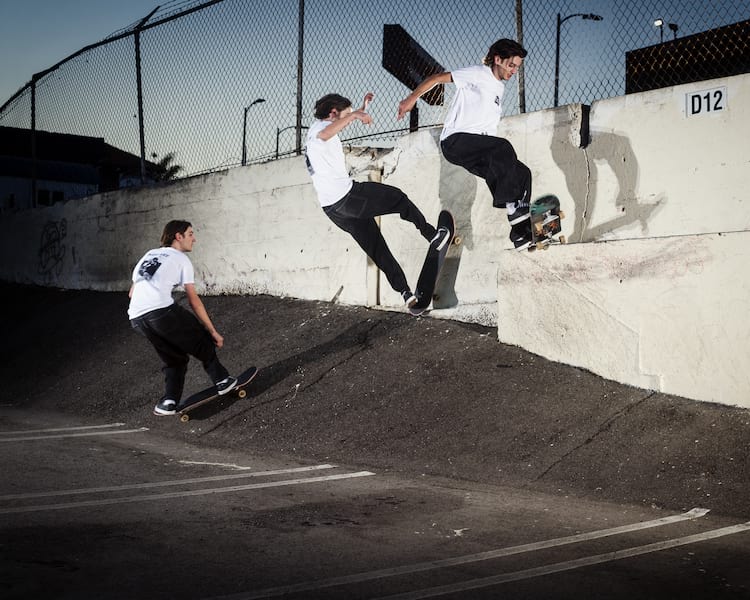 How long have you lived in California now?
Since August of 2019, so like two years.

Two hops and clean Kilty McBagpipe, it's all about precision

Do you miss Atlanta? Or do you have any need to move back there later in life?
I do miss Atlanta, and I would not be opposed to moving back later.

Do you feel like things happened really fast for your skating once you moved to California?
Definitely, so quick.

Did you ever feel like there was pressure or do you have a level head about it?
No, it kind of just felt like it was the same thing I've always been doing. 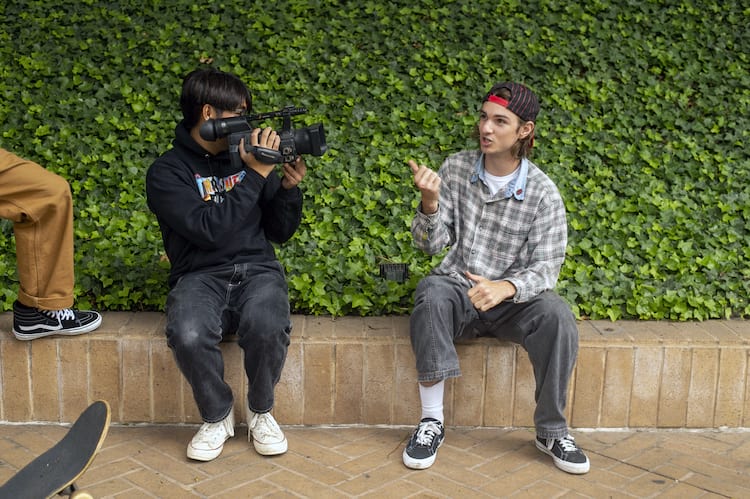 Clippin' up with Ryan Lee damn sure beats punchin' in

Yeah, I guess skating with Ryan doesn't seem like it's a job. We're pretty lucky to have him. Is there a good fingerboarding scene in Atlanta?
The skatepark I grew up that had rip-off Black River ramps, just built the exact same. And they were next to the park, so all my friends and I would just fingerboard. So yeah, it’s a pretty good scene.

What about in LA? There's a lot of events that you like to go to, right?
I haven't gotten to go any yet, but I definitely want to. I’ve been to a couple stores though. 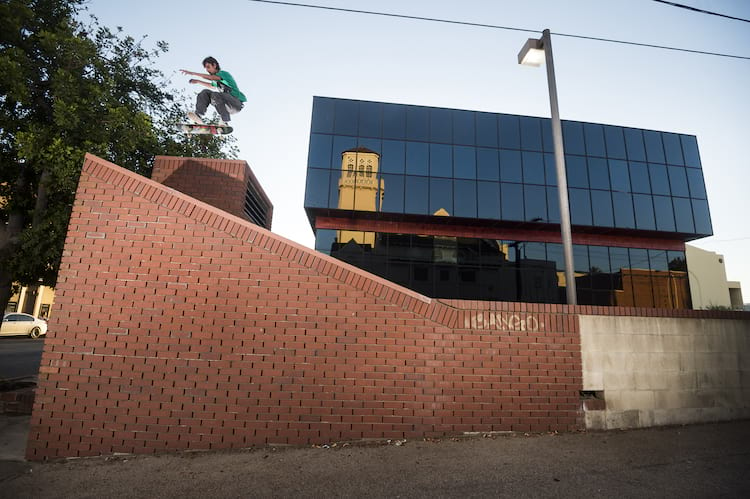 Fakie flip with a full-size board off the top turnbuckle     Photo: Burnett

Skating's gotten in the way of fingerboarding. You got to get your priorities straight. How long has this part been in the making?
I started filming with Ryan right when I moved here. Then I got surgery and was down for six to eight months. So about two years.

Break down your injury, ‘cause I feel like it’s a weird thing.
The week before I turned 18, I was in California and I hurt my right hip. Then a month later I hurt it way worse. It turned out that the right labrum in my hip had torn. I skated with that torn for like a year and a half and still moved out to California. Then one day I just stood up and felt the same pain in my left hip. So that had also torn. I got surgery on my right one in February 2020 and the left one May of 2020.

Wow. So when you got the second one done, were you just starting to walk again from the other one?
No, I had been walking and doing physical therapy. It was arthroscopic surgery, so it was three little incisions with a camera. I was on crutches for about two weeks maybe. I moved down to one crutch and had to sit in this machine for three or four hours a day. It would just move my leg up and down to whatever degree I put it. So I would just lay in bed and it would move it for four hours a day. 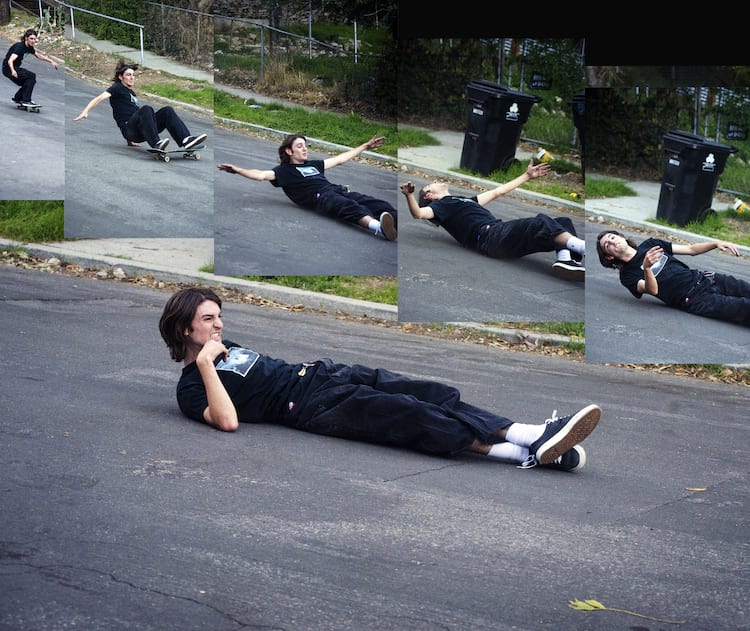 Wake up and smell the burning skin     Photo: Burnett

So from the first surgery to finally like filming a clip again, what was that timeline?
First surgery was in February of 2020, then I went out to Atlanta for a month or two. It was my birthday in August and I started skating that same month in Atlanta.

That's not too long, actually. That surgery just sounds crazy.
Yeah, basically like they stitched up the labrum and shaved down the hip bone a little bit. I think they said just from skating from a young age, my hip bone didn't concave where it should have. So every time my leg went up and down my labrum rubbed against the bone until it tore.

Damn, that makes sense. That's really gnarly. Well, I'm glad you're feeling better now and ripping obviously. I'm sure people will notice your truck nuts—the dangling accessory from your belt. I feel like we should address that now. Do you just like them?
I think it was like right before high school started. I just put them on and they've been on wherever pants or shorts or whatever day since.

Did you ever have the dangly earring and the truck nuts at once?
I did. I had them both. They overlapped, yeah. 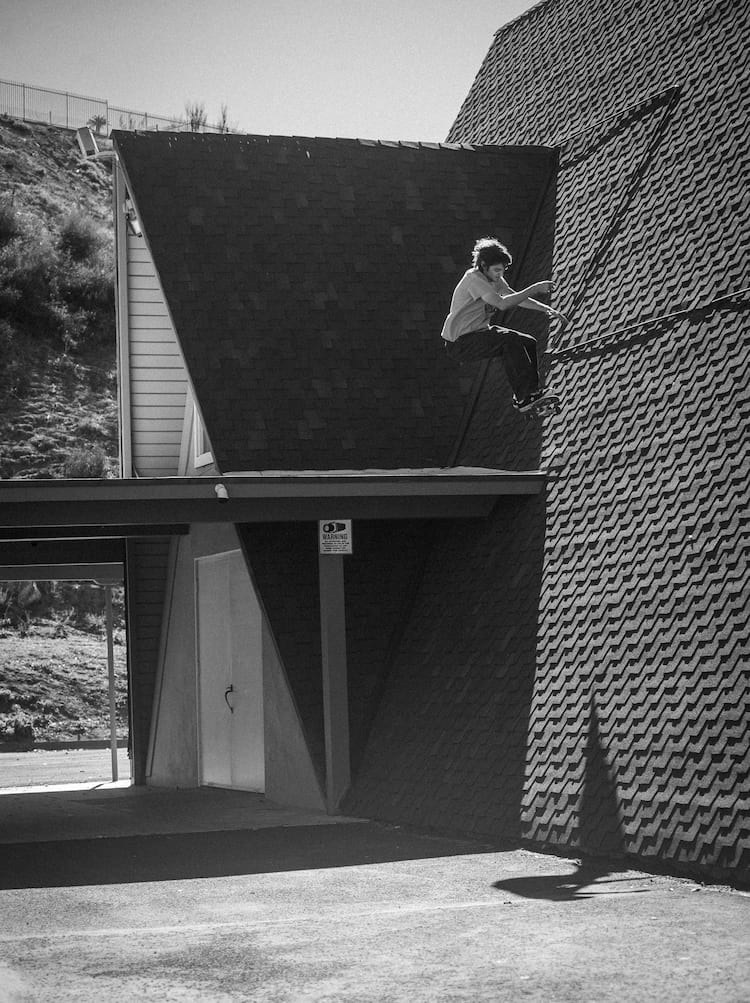 So you're not kidding when you said that the only time you've ever taken off your truck balls on your pants was for court?
Yes, that’s the only time except when I’ve worn shorts that didn't have a belt loop or anything.

Have you still been eating Hot Cheetos mac and cheese a lot?
Yeah. Not every day, but it's really good.

So it’s just a nice treat?
Yeah, it's like a creamy version of the Flamin’ Hot Cheetos.

Shane's ride-on grind nollie 270 lip looks a lot smoother than it sounds, as you can see

Are you nervous at all for this part to be out?
Mildly.

I heard you haven’t even seen it.
I've seen 12 seconds.

Why is that? Just because Ryan doesn't want you to influence the party at all?
No idea. Maybe that or he just wants it to be a surprise.

Too many cooks in the kitchen or something—just one extra cook. Well, I'm stoked to see it. I know your footage is really dope.
Thanks.

After this is out, what's next? Do you have anything else coming up?
I think Ryan said I have four minutes of leftover footage. 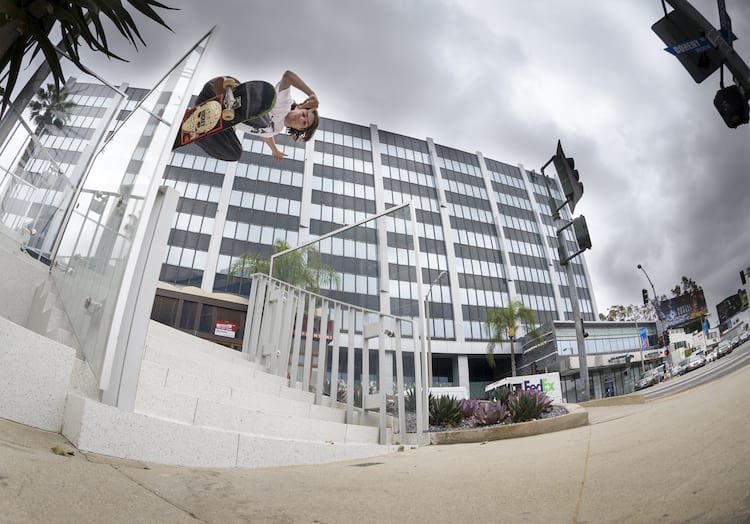 Light on his feet is an understatement. Feather-footed backside wallride    Photo: Burnett

Well, you're fully on Converse now, right?
I guess so.

Maybe a Converse part? How does it feel going on those trips? It seems like you fit right in.
Yeah, it's really fun.

Is there anyone you wanna thank at the end of this?
Ryan Lee, Converse and my parents. 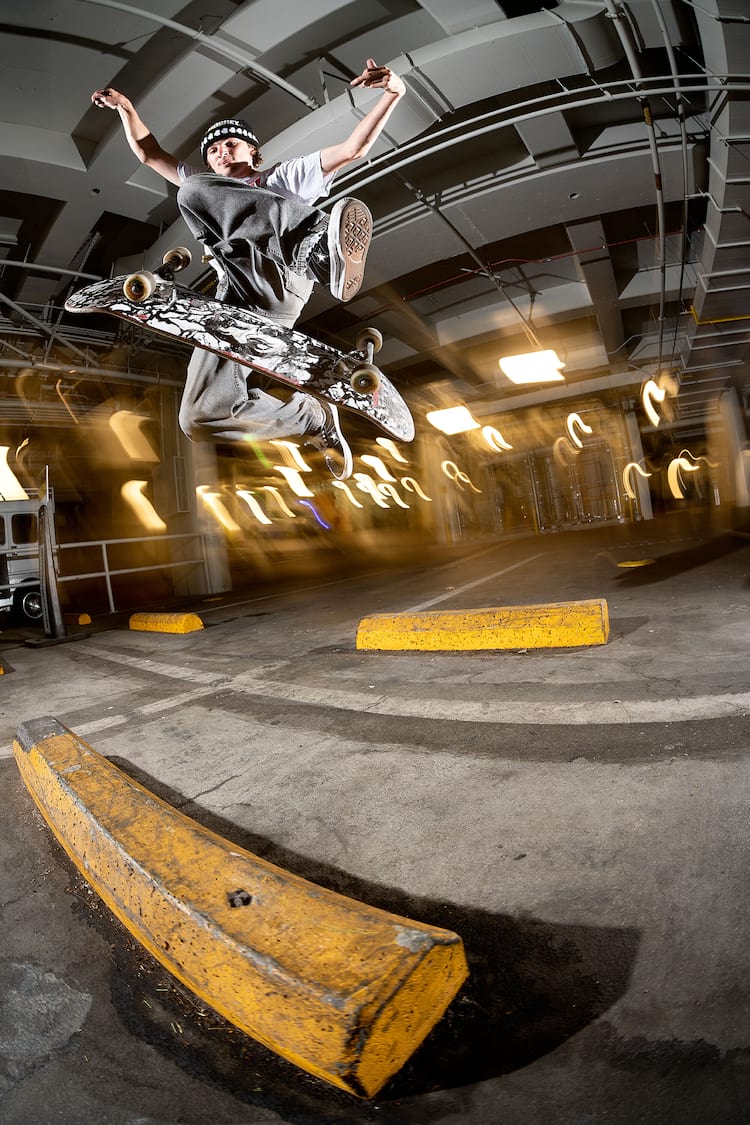 No-comply flip with his lucky charm flowing in the breeze. Having brass balls on your belt might not be for everyone, but it's obviously workin' for Shane      Photo: Coulthard
%MCEPASTEBIN%
© 1981–2022 High Speed Productions, Inc.