The Making of "Theatrix" 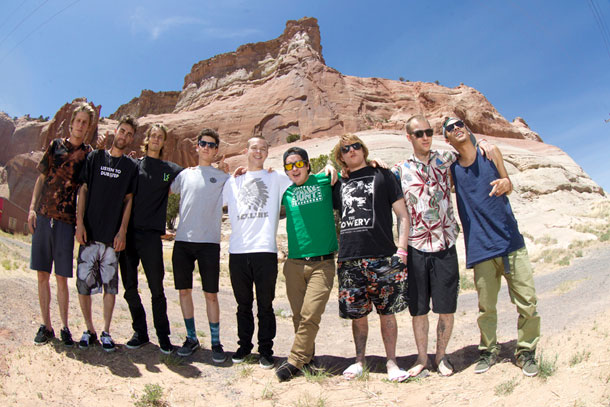 The Making of "Theatrix"

Opinions are popular these days and LE's new video created quite a stir. They took risks with their skating, editing and music. Here's the inside scoop behind a wild video. Interviews by David Broach.

Was it hard to pull this video off?
Yes, considering the video got held hostage for a month and not having any choices for the music was very difficult.

Explain that.
We didn’t have any money for music rights, so it made it really hard to pick songs. And former employees got green eyes and thought they could take advantage of LE coming into Element’s new distribution. I don’t know why, but people still think there is money to be made off selling skate videos. Some people still think it’s 1999 and you can make 100K off the sales of a skate video. The LE guys just wanted people to see the skating, so it was frustrating to deal with that kind of stuff.

Why dubstep?
These kids love drugs! There isn’t a better explanation. I wish we could dig real deep and come up with some great answer about their personalities and why I love them, but that’s it. LE loves drugs. The reality of it is they want to party and they want to skate. So for this video they just put their party music to their skating. To be totally honest, they chose the music out of free music choices. If they actually wanted to put this video out they had to get music rights. When you don’t have money for that kind of stuff it limits your choices. 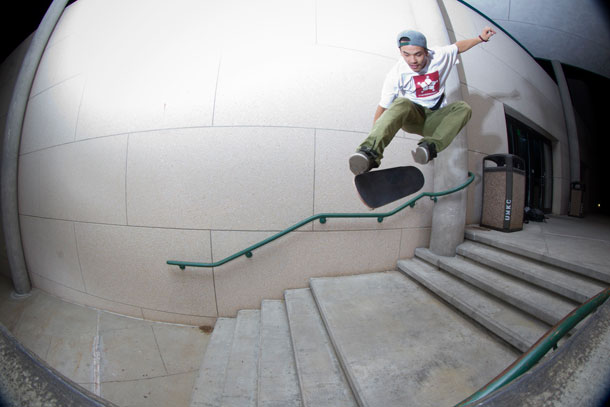 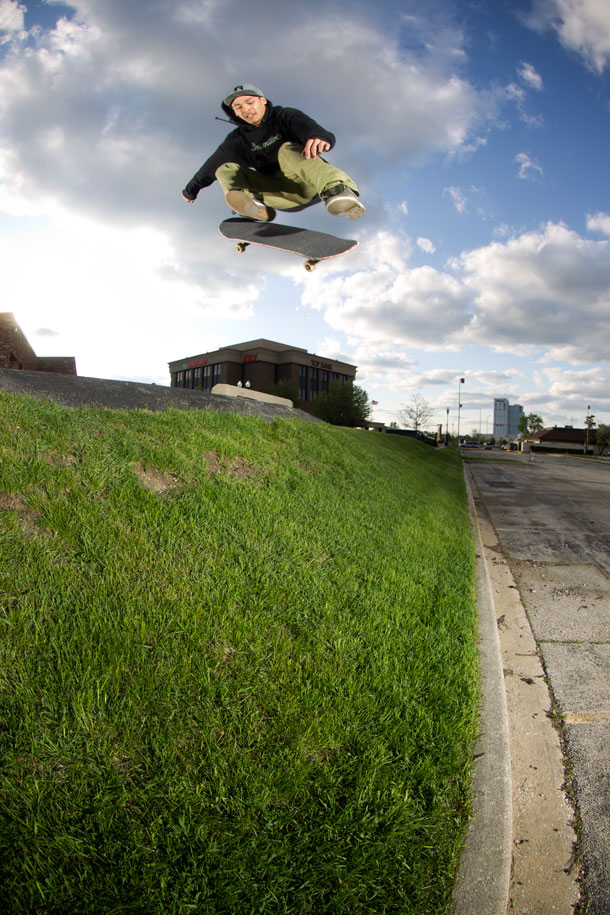 Who edited the video?
Everyone had a hand in it, but I came in at the last second and I mastered it, I guess. I was the tech monkey. It was edited in the wrong program, basically, so I had to redo what was already almost finished.

Was it hard to edit the video to dubstep?
No, not at all. What the LE guys wanted is what Ty was making in the late '90s. They wanted Muska’s video part from Ty's video. It's not even dub step. I’m a total novice when it comes to music culture in general, but hardly any of it is dub step. It’s all just different kinds of electronic music or techno. I had no idea they had sub-genres of techno. When you listen to that stuff it does bring your level up. When Pat plays that stuff in the van when we are driving around skating there is no chance in hell anyone is falling asleep. It brings an energy to skating that I personally don’t understand, but I can feel it and that’s what they wanted to get across. They were trying to pay homage to Ty and Muska for sure.

What do you say to the dub step haters on the website?
This music goes against everything that Thrasher is, so I would expect some people to hate on it in the comments or whatever. Thrasher is the most gnarly backyard pools, the biggest and best street skating with dark stoner metal and punk rock. Original skateboarding, you know. Thrasher is for beer drinking smokers who go camping and do DIY stuff. That’s what Thrasher is to me. This video is for a different kind of person. This video is for young skaters who do ecstasy, go to raves and try to fuck chicks! So the fact that Thrasher was down to put the parts out and down for all these guys is rad. We all knew it wouldn’t go over swingy, but who gives a shit! It’s skateboarding. 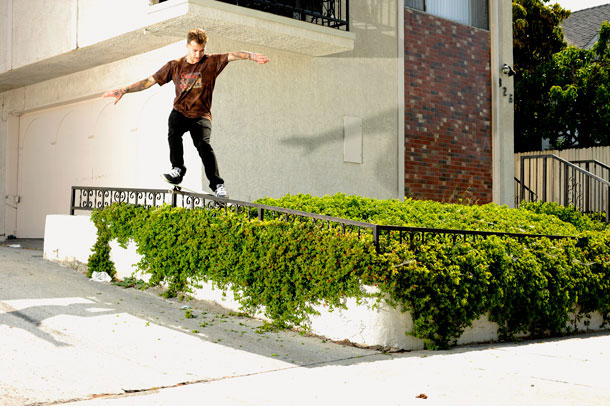 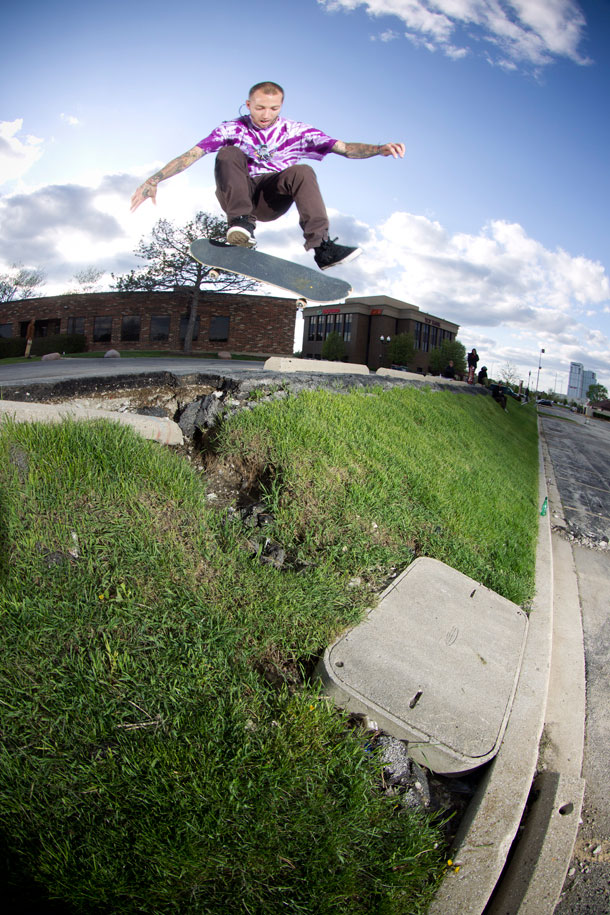 Were the riders really involved with editing there own parts?
Oh, hell yeah—except for Jamie and Jake. Jamie was just focused on the skating and trusted them to make it good, and Jake was just stoked. He hadn’t seen all his footage together, so he was just happy to see it all come together. Almost surprised that he had a full part done! Pat and Dave Hoang edited the entire video. They were very, very particular about the edit. It’s weird because you don’t notice it all the first time you see it. When you watch it a bunch of times, like i have, you’ll see that they slow-mo things because they liked the way an arm looked for a second. You're like, “Really? You're going to slow mo an arm because you like the way it moved." Yup, they did! It’s pretty rad once you start to notice those things.

What’s next for LE?
LE is now under Element's new distribution called The Branch, and I think with the new added support with marketing it's going to be a big step. Advertising comes next! Just to be able to play ball with everyone else is a big deal. Instead of two pro skaters starving each other just to be able to keep a company together. Hopefully this will give them a larger platform to show people who they are. If you like them you might buy their shit. And if you don’t like it, keep buying Fucking Awesome or 3D and ignore them and move on with your life. This move will give them more longevity. People need to know what you're about and know that you're skating. The Branch can help them with that. 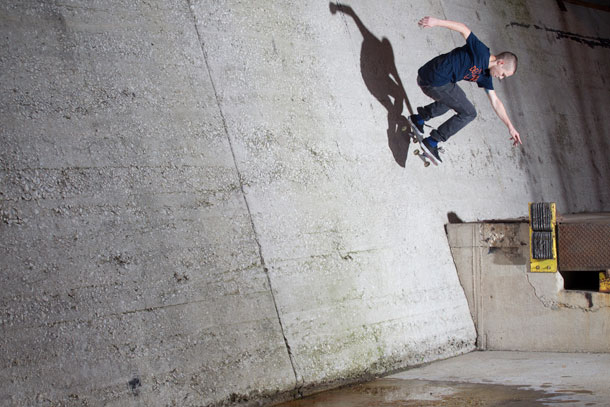 Was it hard to pull this video off?
Yeah, the last couple months was really hard to pull off. This guy who was supposed to edit it backed out, so we had to redo the whole thing with our friend Dave Hoang and do it ourselves. It threw a huge wrench in the whole process. That was a difficult part. It was really hard to organize the timing of it all. Like, right now we still don’t have DVDs to actually sell! I hope people are still interested in the DVD when it’s actually available! Other than that, you know, it’s always hard filming a part. The streets don’t always cooperate. It’s hard to film a part for sure. We had to keep it all local. We went on one trip with Element and that was about it. My part was all pretty much in Southern California.

Has it been hard to do the video with pretty much no budget because you're a new brand?
Yeah, for sure. A lot of us don’t have any endorsements, so it’s working to get money to go skate and make the video happen. There is some money, but it’s not enough to account for all the shit that goes into making a video. 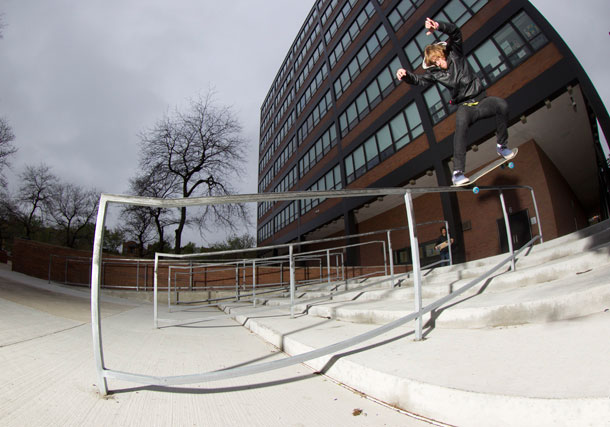 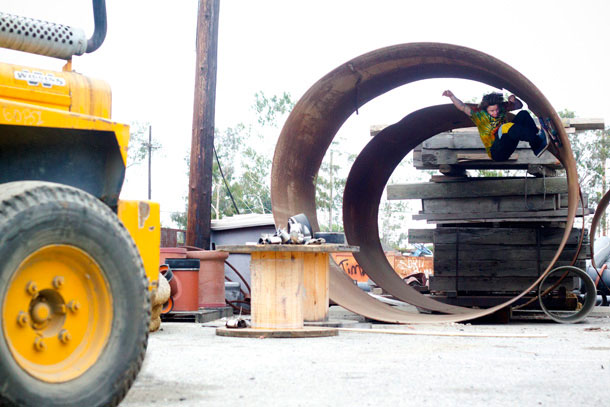 How has it been juggling a day job, going into a different office to handle LE and then trying to film a part?
I have to put the skating on the back burner when business needs to get done and out of the way. I guess that gives me the passion when I get to go skate. I go design a board or an ad and after you get that done it gets you hyped to go get a trick. You design the board then you go get a trick on that graphic! That’s just a small example and it definitely gets hard, but it gives me passion at the same time. Between working the normal job, then the brand, sometimes I don’t skate for a week so when I get back in the streets I’m juiced, you know!

So you're working a normal job, too?
My friend owns a glass shop. I work there for extra money. I just do grunt work around his shop. I prep stuff and clean shit up. People think I make bongs and do cool shit. I don’t know how to do any of that. I just get it ready for the guys who are masters at it!

So the big question: Why dubstep?
For me, personally, I just like dubstep. A lot of people have said shit, but they don’t even understand. People just hear electronic music and think it’s dub step. Maybe it’s because of that shirt we made, but there is only one dubstep song in the whole video. That’s the song in my part. I used three songs in my part and it’s the last song. All the other songs are not dub step. Dubstep sounds like transformers fucking! It's really heavy. Someone compared it to being the heavy metal of electronic music. It’s all just sub-genres of electronic music. It’s '90s electro and Nick's song is almost a pop song. It almost makes me upset that people think Nick's song is dubstep. That song is soft! Dubstep is heavy. I’m not saying soft in a negative way; it’s just mellow feel good. Dubstep is not mellow. It gets me hyped up. It puts you on a emotional roller coster. All the different sounds make you feel different ways. 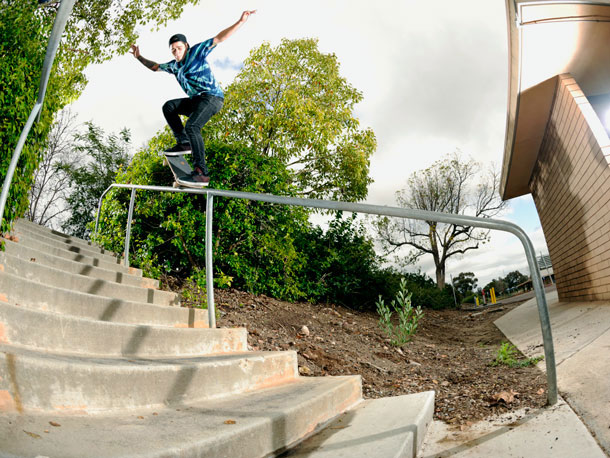 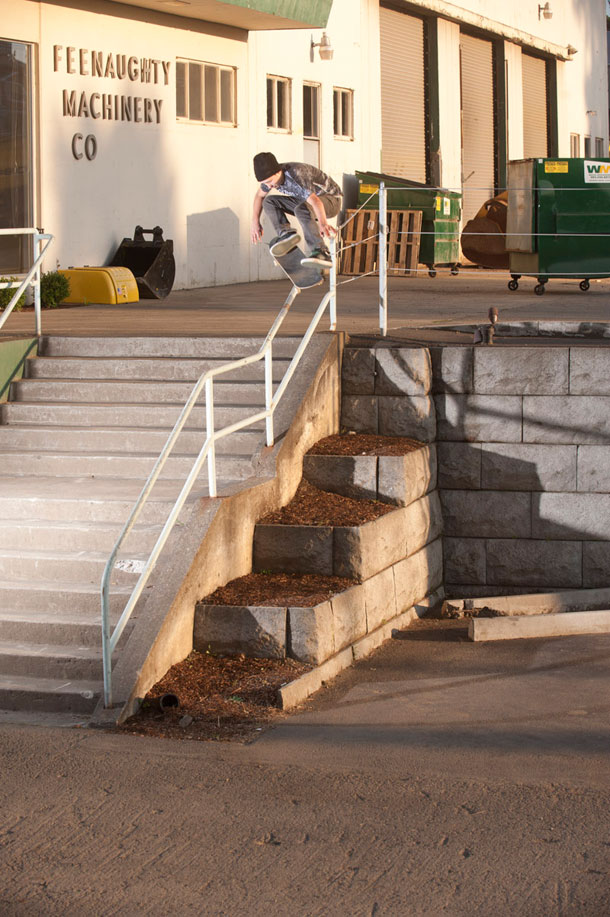 Were the riders really involved in editing their own parts?
The pros were. I was 100 percent involved. I have so much madness with all of it; I had to be involved. I sat in on a lot it and chimed in whenever. We did our best. I’m stoked on it. The ams didn’t really do anything. Jamie kept trying to add shit all last minute. He just kept adding tricks. I was really hyped on all of it when it was done. I had to do my best with picking music that the ams wouldn’t be shocked by. Bo’s got pretty much my favorite part. I’ll just strait out say that Bo has my favorite part.