Next stop: Portland, for a demo and signing at the Dept. of Skateboarding. The department had an eight-year run, but was shut down shortly after this demo due to the guys not being able to renew their lease. It was one of my favorite spots to skate when I lived in Portland, and really helped me get through the rainy winter months. 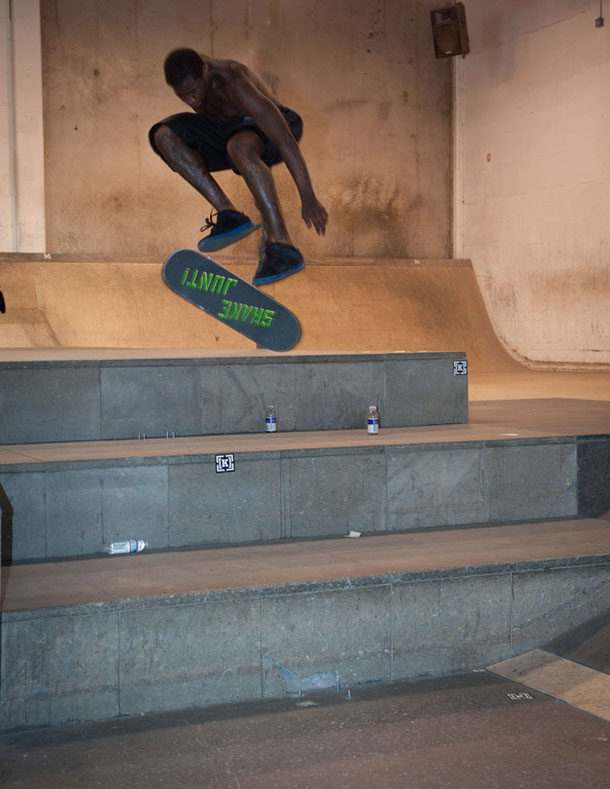 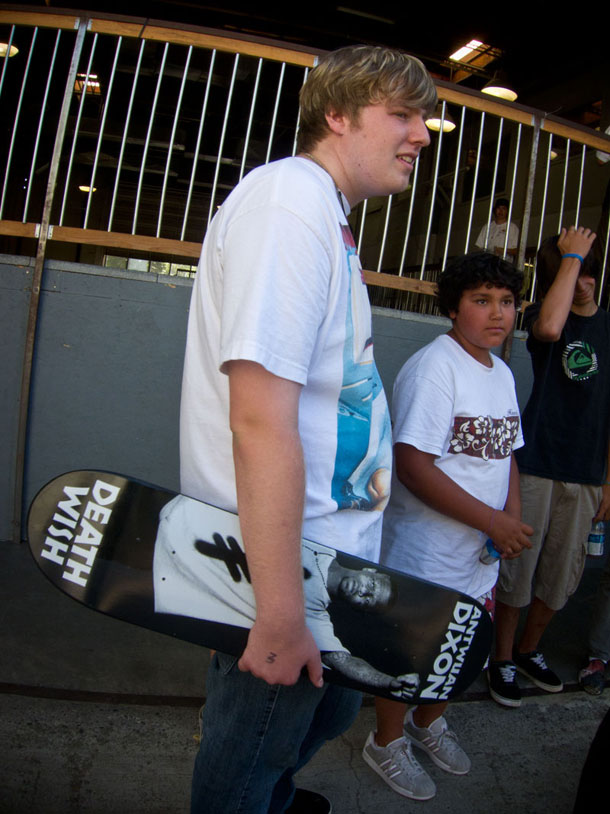 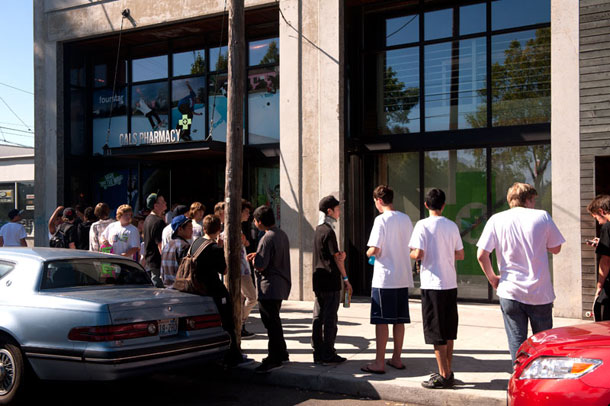 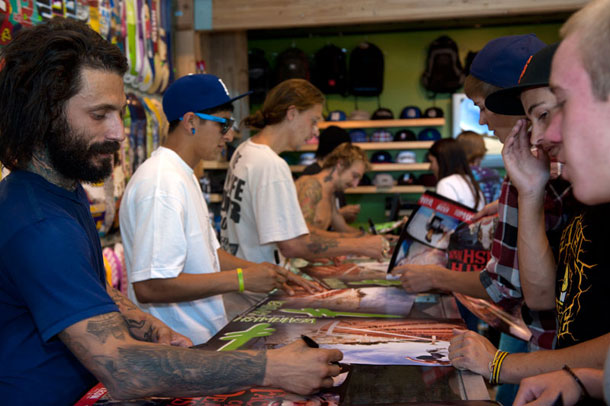 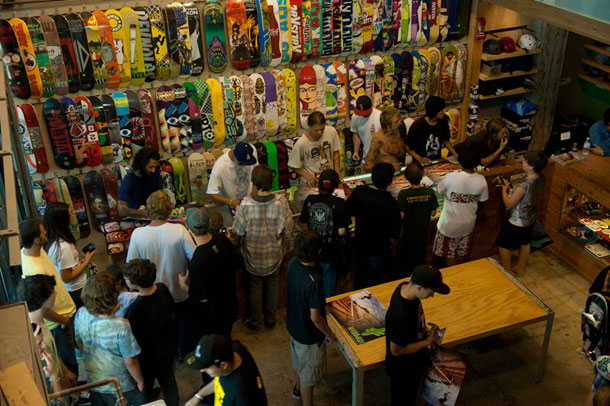 
Here you can see Greco pretty much shutting it down as well. You know he loves the torture blocks!