In 2011, my sister, Katrina, died of depression. She was a beautiful, talented figure skater who spiraled gracefully across the ice, pirouetting in a light amber dress. She was a hard-working project manager for an oil company, and she was a loving—and fun-loving—mother. Ever since her suicide, I’ve wanted to raise money to help others with mental health issues—hopefully to help prevent more untimely deaths. I had no clue how to go about doing this. Because of Katrina’s death, my cousin, Liam, was driven to quit his uninspiring bank job and start fresh working with the Scottish Association for Mental Health (SAMH). SAMH does a bunch of community work, suicide prevention training and mental health outreach around Scotland.  In 2016, they carried out 177 suicide interventions and their work has been integral in reducing the suicide rate in Scotland by 17 percent over the last ten years.

It made sense to me to support SAMH, but now what? How? It turns out that there is an app, Just Giving, where you can be sitting on the toilet and set up your campaign in five minutes flat. Done. Then you wipe your arse, wash your hands, post about it on social media and the game begins. But how was I going to inspire people to give? Maybe just by doing what I liked to do anyway: by riding bikes and skating. To make it interesting, I claimed I would ride my bike from Portland to Lincoln City and relearn eggplants—provided we hit my arbitrary $1,000 target. We hit that target 24 hours later and I realized it was, as they say, on like Donkey Kong. Before long I had a small crew of friends who were keen to join me on the bike ride. The more the merrier, I say. The best crew member—and nobody in the ride would deny this—was an old friend who replied to my Instagram post and Eggplant claim. “The flying Scotsman rides again!” John Cardiel wrote. “Stay strong and weather the storm my friend. #endurance.” I hit him back with a quick DM, “Yo, John. You want to ride with?” A little while later he got back, “Just tell me where and when we leave from. I will be there.” Now if there’s anyone on this Earth who I consider my actual legitimate hero, it’s Cardiel. On July 1st, at 7:30am, he blazed around the corner at the bottom of my street and rolled up to the assembled crew, ready to rock, just like he said he would. Then he fucking smashed 100 miles with one good leg pulling his bad leg around, drafting the squad and laughing all the way up every mountain pass and down every hill bomb. Down roads framed by deep green pine trees, past the Nestucca River and on down the 101 to Lincoln City. Full-scale superhuman status. “Rattray, Rattray, stay on my back wheel; I’ll draft you,” He’d yell. “Here! Eat this amino acid; take this potassium; drink this whiskey; it’s Irish,” he’d advise. “As long as I’m in the saddle peddling, I’m as stoked as a kid in a candy store,” he’d explain. I suppose the point of this rant is that if John is not your hero, to some degree, then you are either lacking intelligence or, worryingly, you may be depressed. In which case you should, no joke, seek out a good psychiatrist or have a friend do so on your behalf. Maybe get medicated so you can stabilize yourself to the point that you can smarten up and reestablish Cards as your hero and spiritual guide through this dark and scary world that we inhabit. 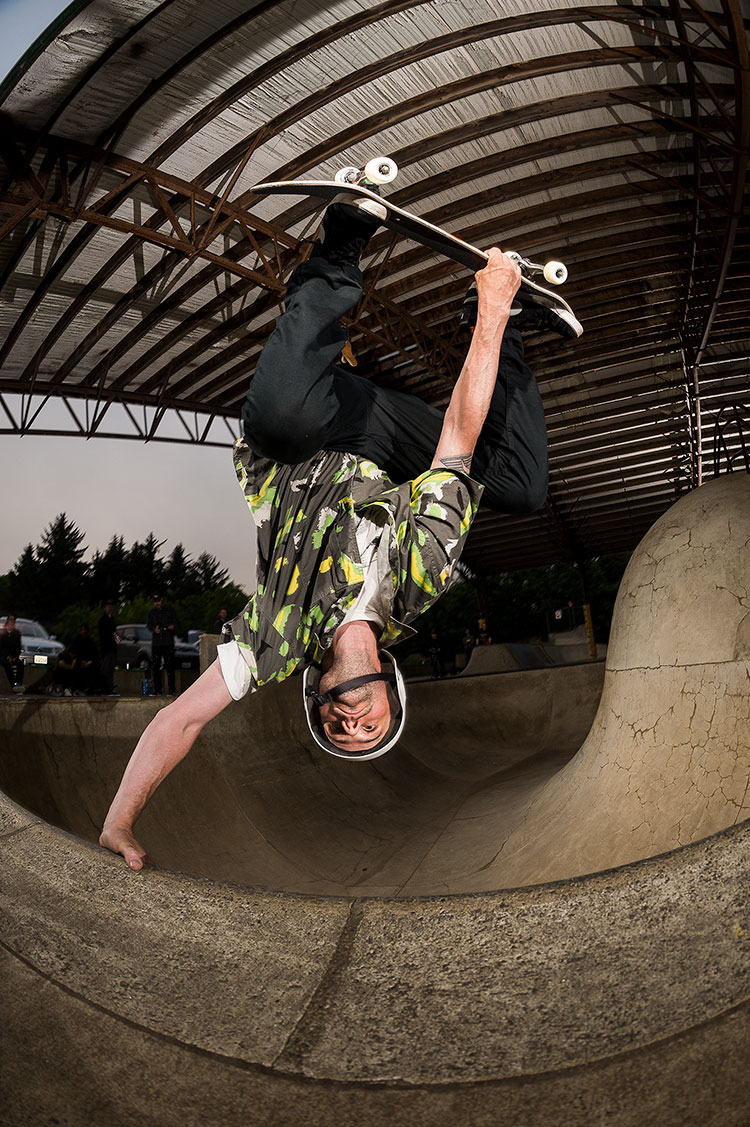 On the road, we rolled past vineyards and fields of cows and horses and turkeys and we spoke about music, and John’s brother, who died from heroin addiction. We talked about the idea that there’s something self-destructive that switches on in some people. Unchecked, the resulting mental chain-reaction can be fatal. We talked about the idea that full-on alcoholism is a slow form of suicide. Then we reached a peak, and tucked and bombed and John hit 50mph, smiling like that kid in the candy store. I did the same, but I only hit 42. Then we made it to Lincoln City and I beat the crap out of myself for about 50 tries before putting down a reasonably respectable eggplant. We’ve made about $4,300 for SAMH so far. Their work never ends, so thanks to everyone who supported up to now. Let’s keep it going. Oh, and it’s on again next year with everyone raising funds for the charity or organization of their choice. I’ll not be trying an egg again next year. It’ll be a bit different. And I’ll not be doing another 100-mile day. That shit was brutal. 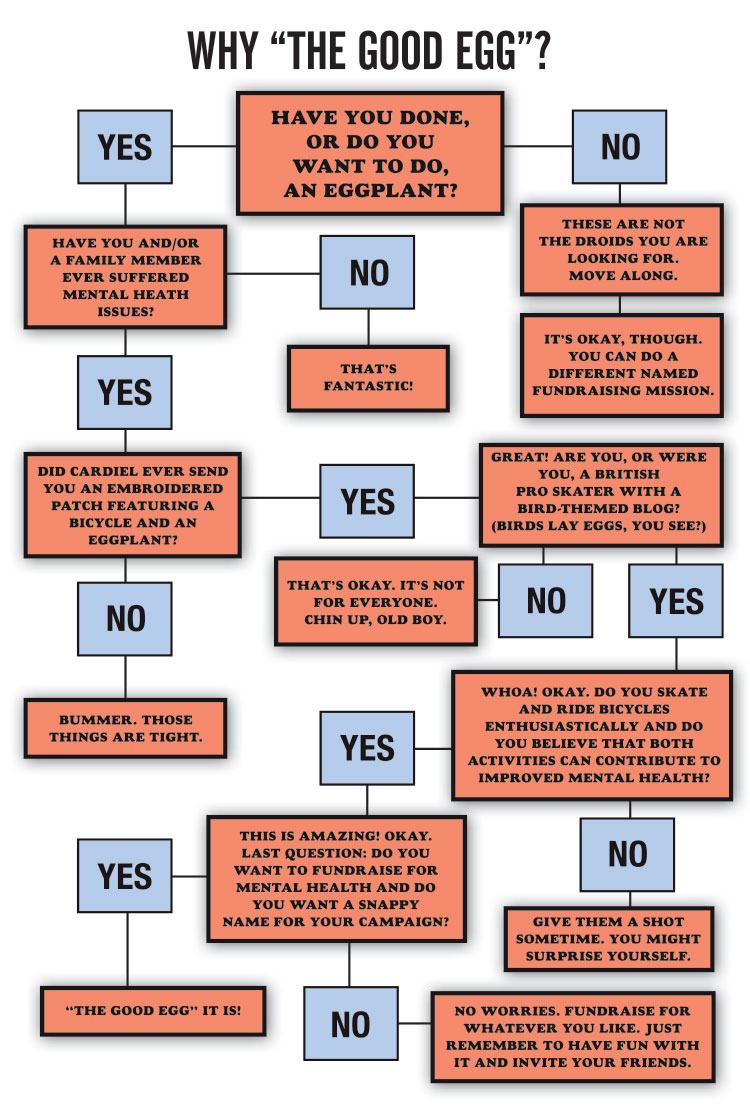