The 12th Annual Vans Pool Party is a wrap and it was an insane day of great skateboarding! When the dust settled, Darren Navarrette took first in the Masters, Lance Mountain won the Legends division and Pedro Barros put on a show and took top ranking in the Pro contest. Thanks to Vans for another amazing Pool Party. See you next year! —Rhino 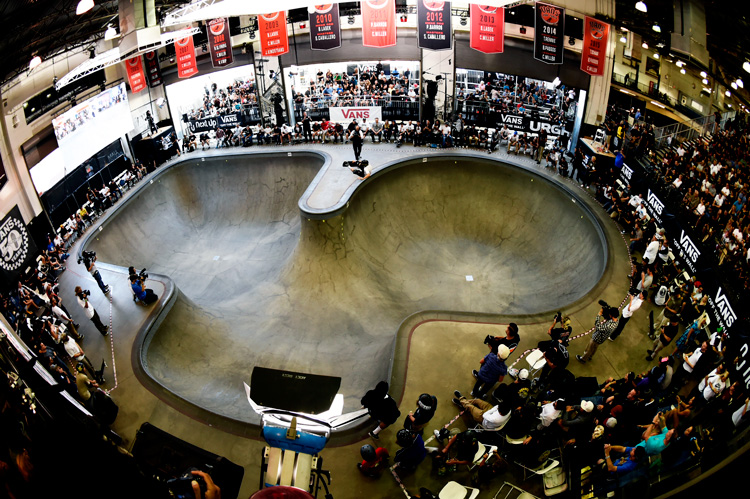 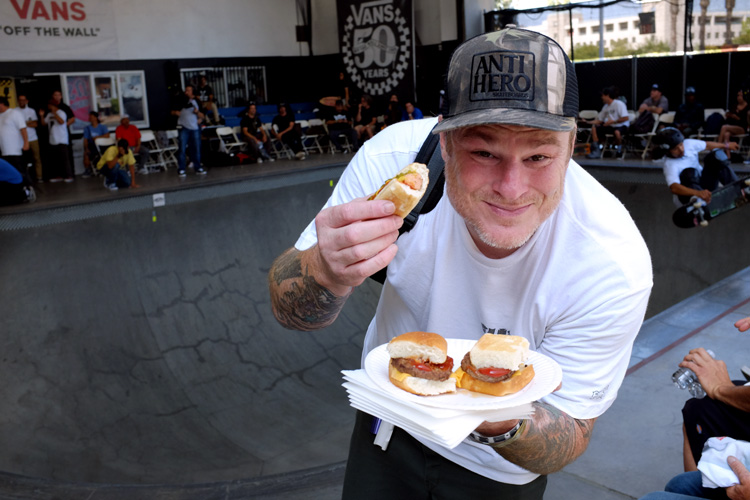 Grosso fueling up for a long day 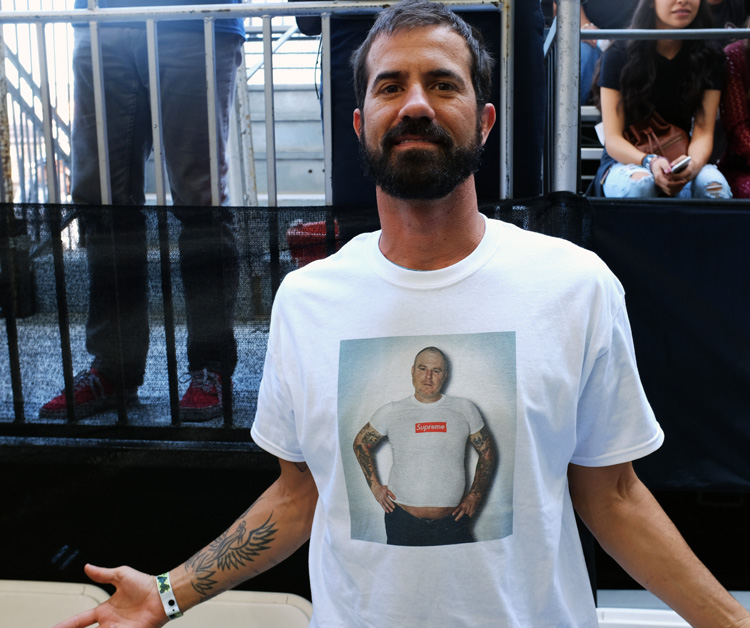 Bob Burnquist sports a beauty of a t-shirt 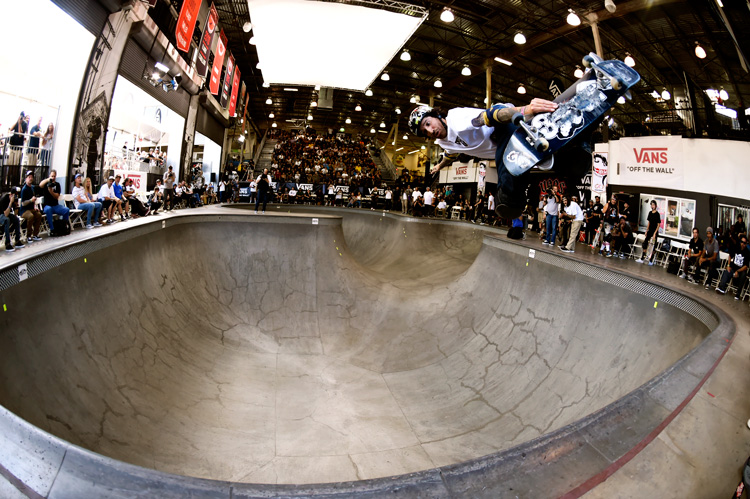 The Masters contest was the first to go. Darren Navarrette took 1st Place 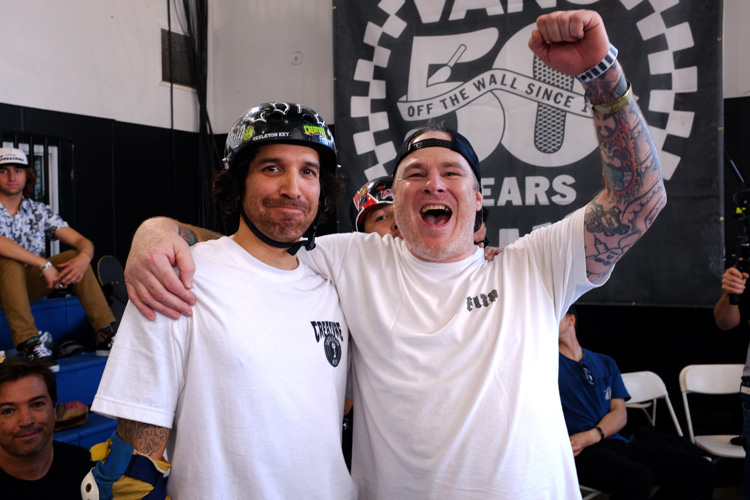 Jeff was fired up that Navs won! 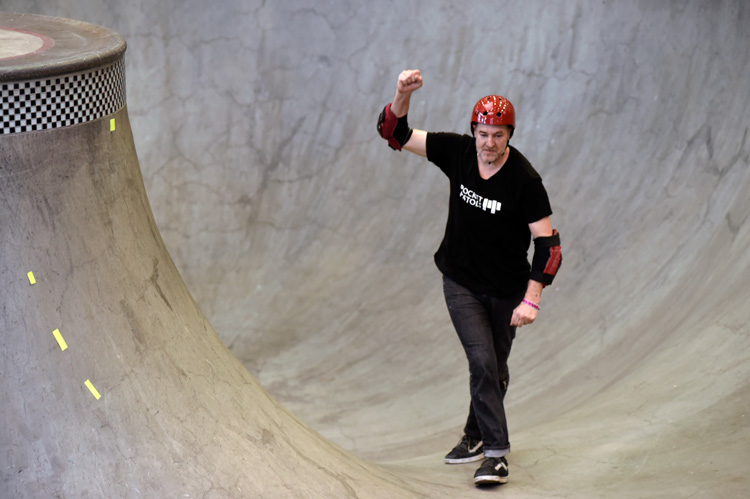 Big Ben, always a crowd favorite for the Legends contest 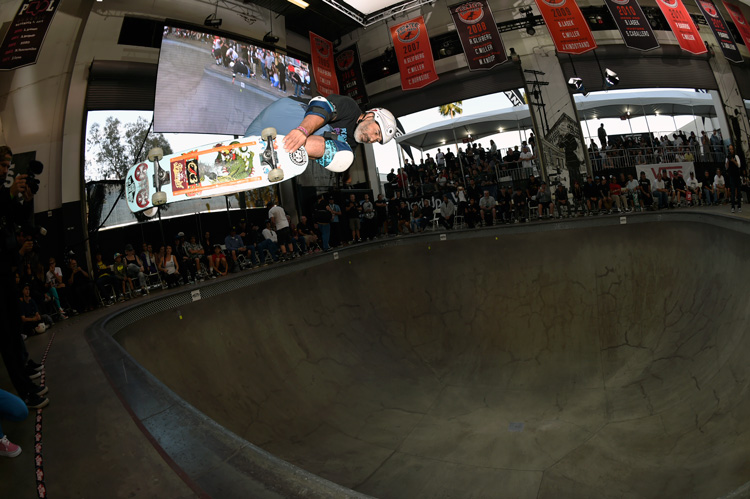 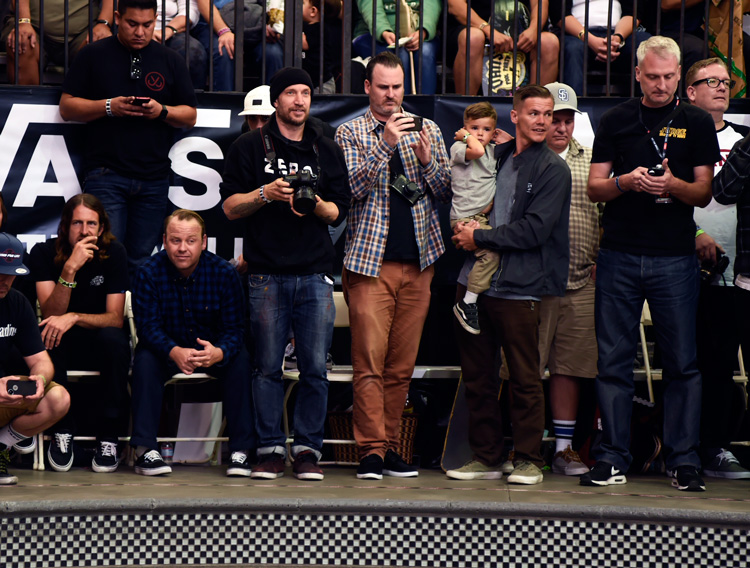 Heavy crew spectating around the bowl! 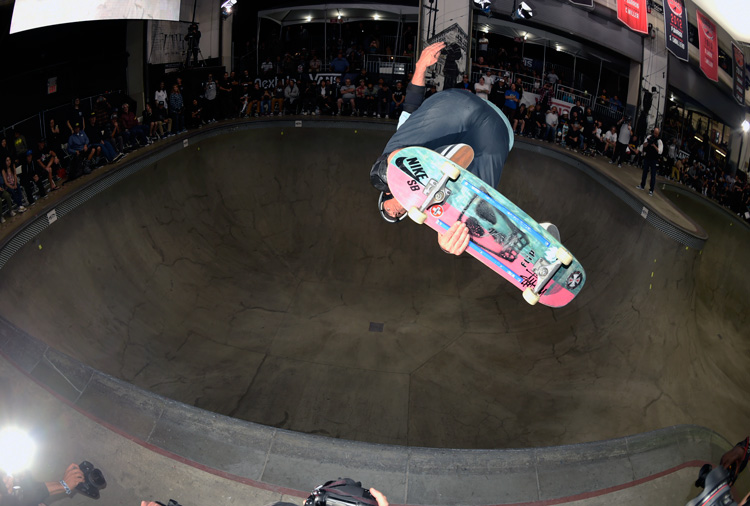 Lance hasn’t skated the contest in a few years. He was on fire! 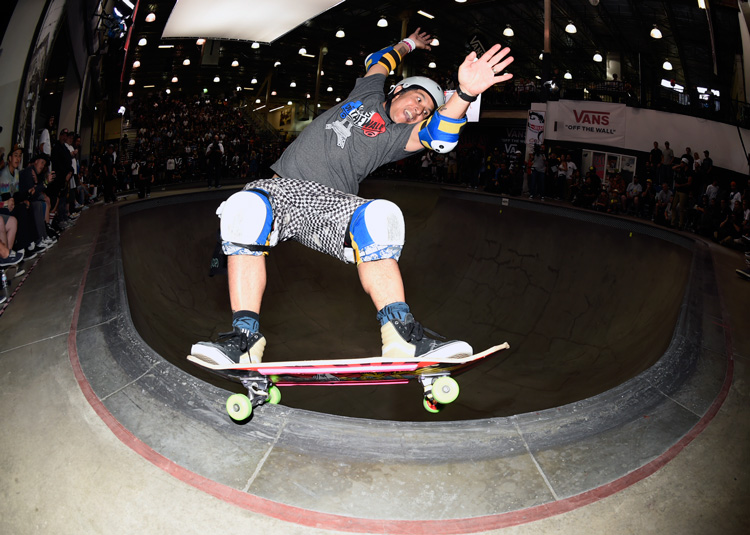 Hosoi, stylish grind around the corner 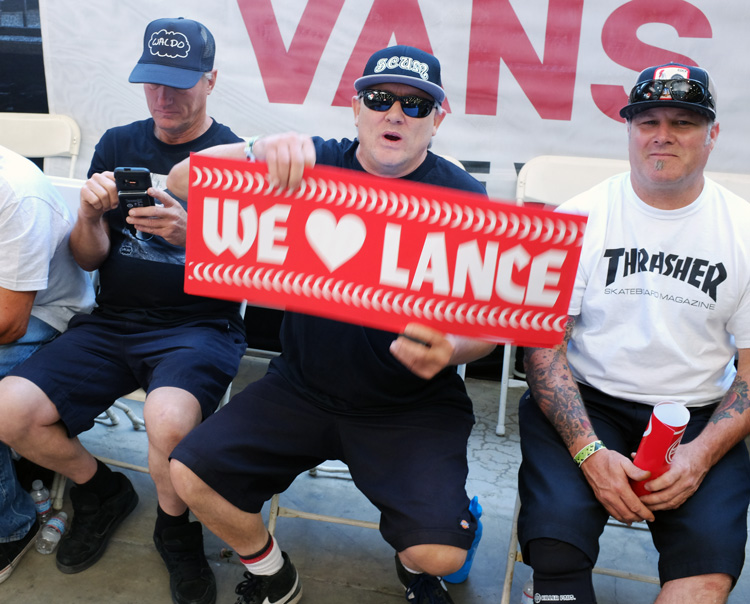 Rick Blackhart has his money on Lance 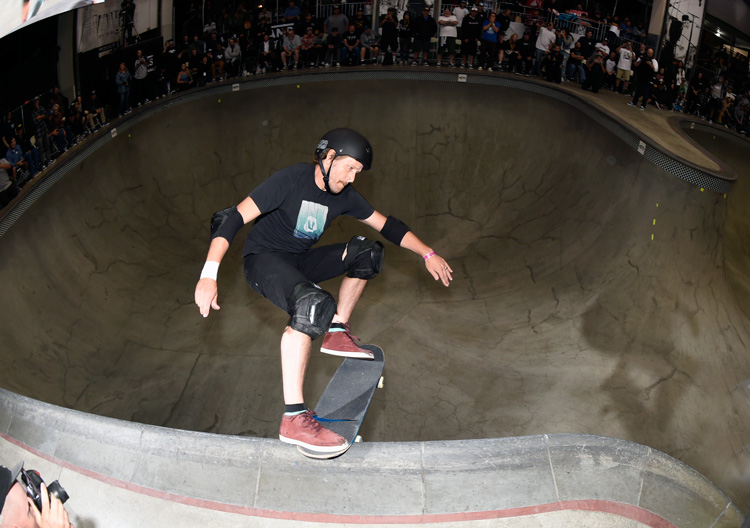 Chris Miller turned the heat up 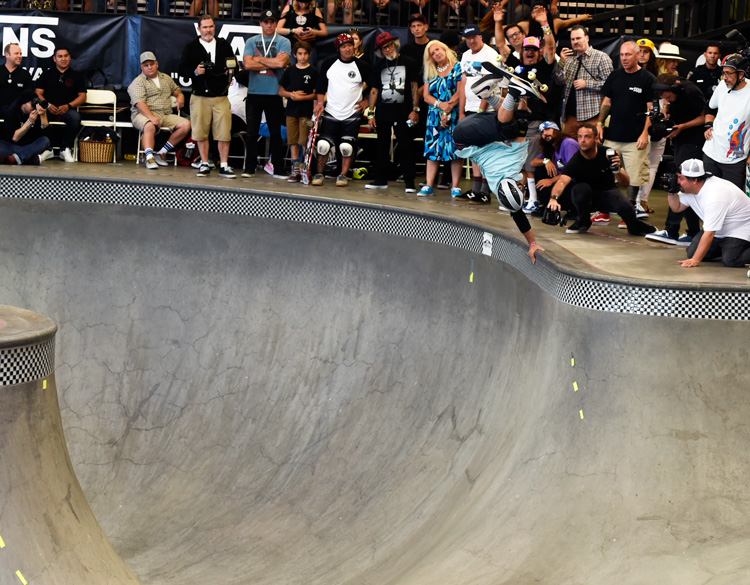 Lance plants one in the round 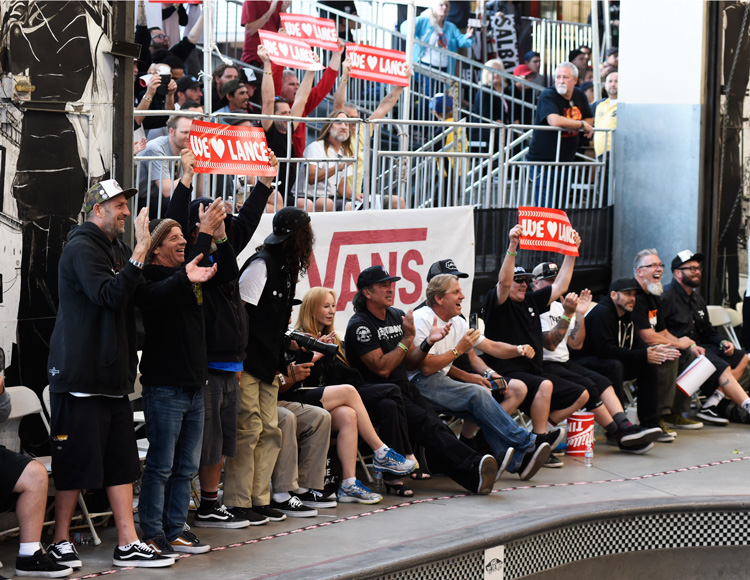 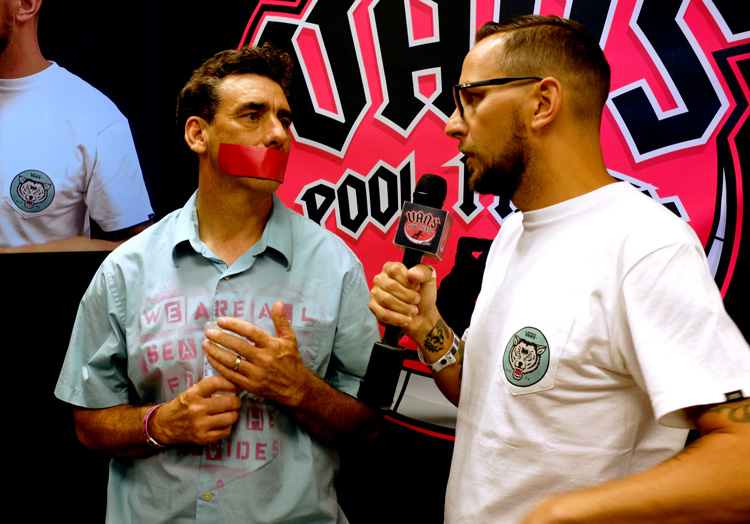 Congrats to Lance on winning the Legends. He let his skating do the talking 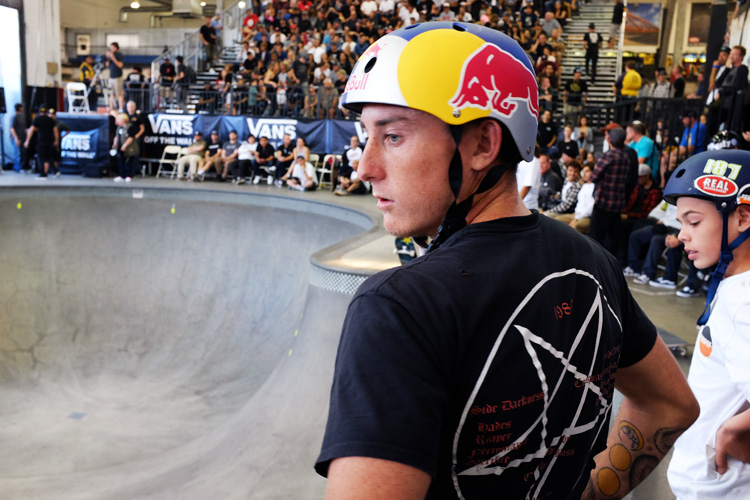 Now to the Pro event. Chris Russell with a new sponsor 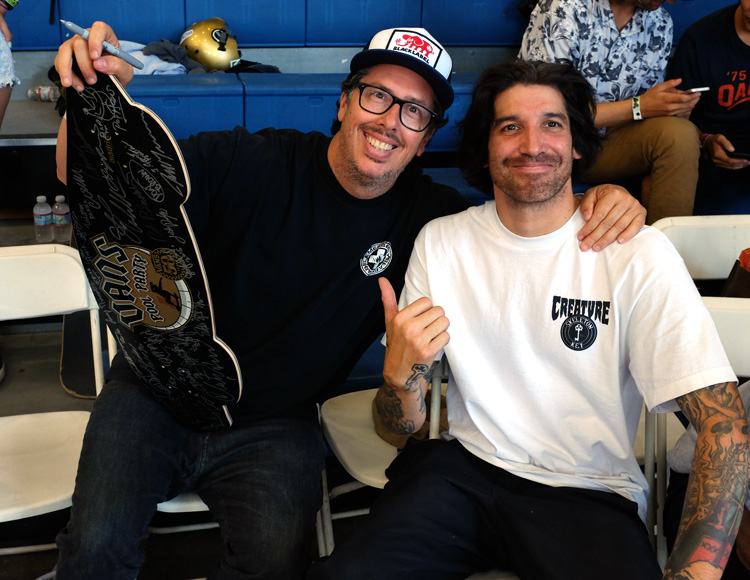 Lucero and Navs, ready to watch the action 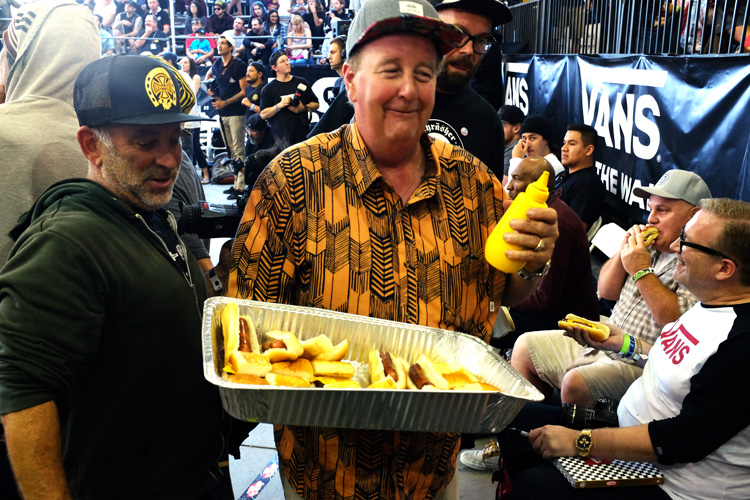 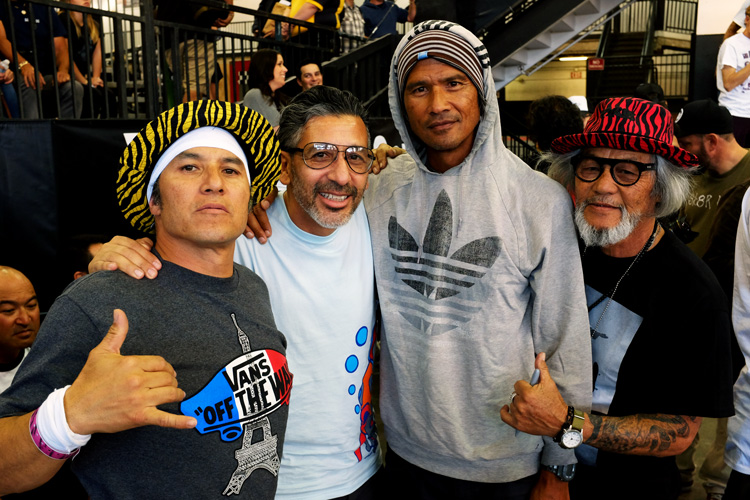 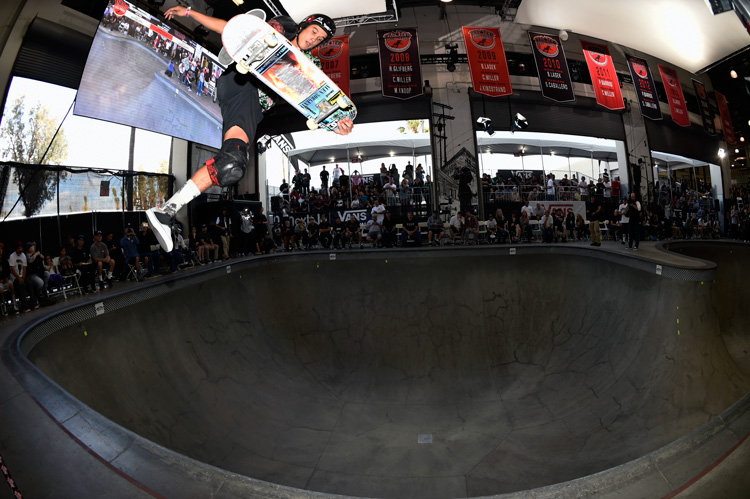 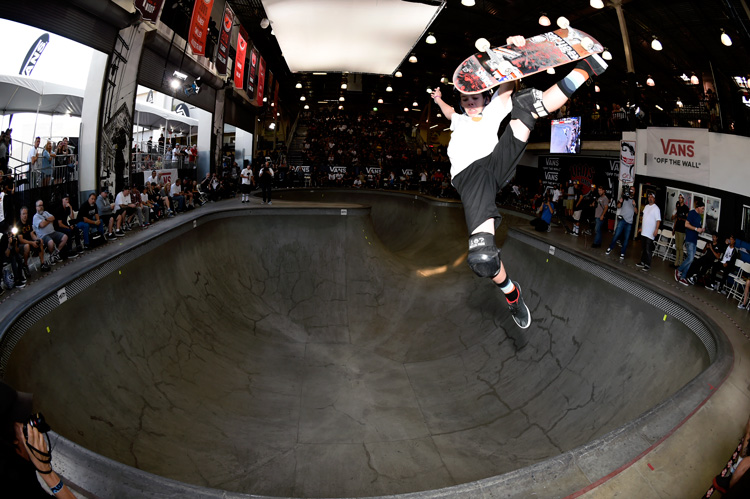 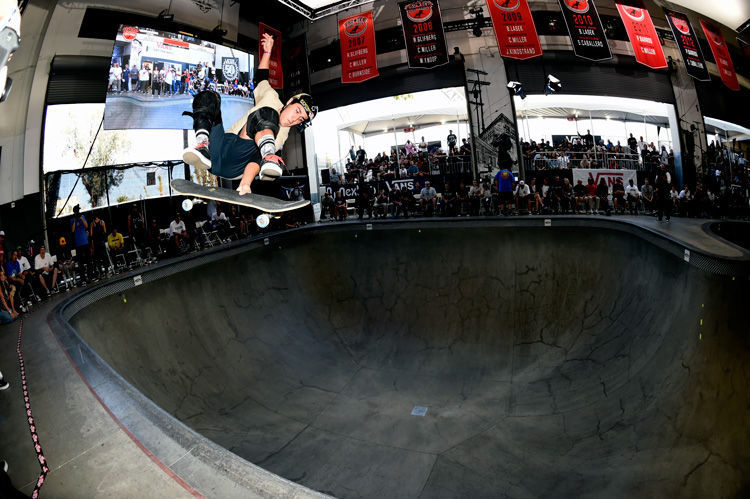 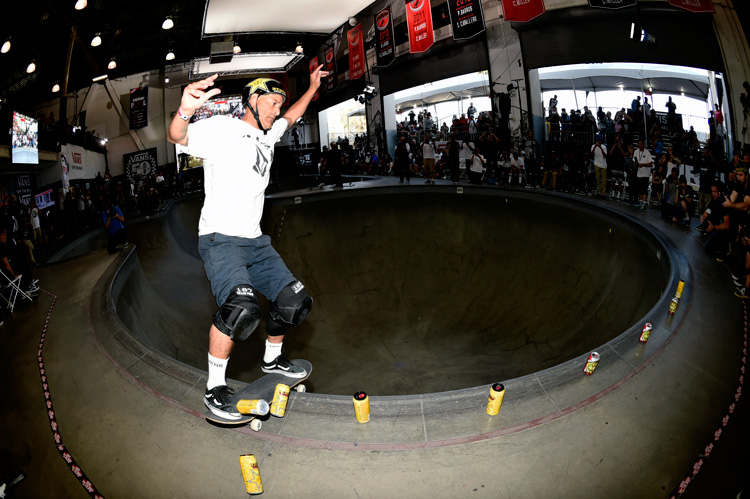 Omar Hassan lined them up and knocked ’em down! 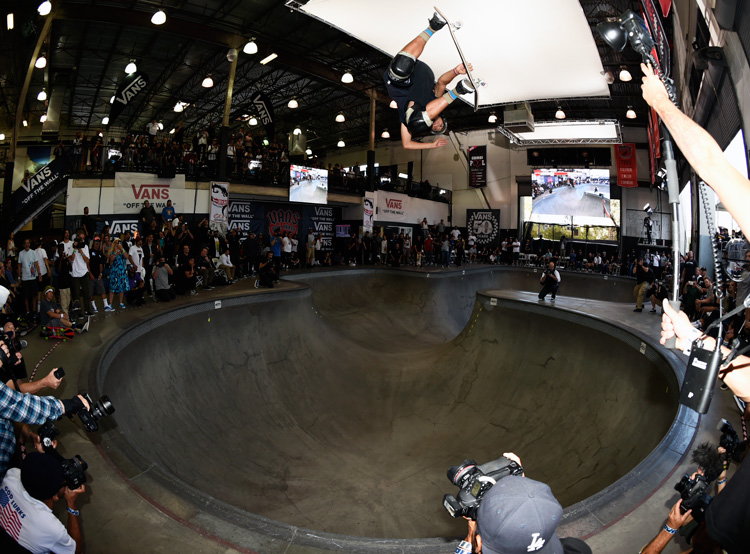 One of the biggest airs of the day, Austin Poynter goes for the ceiling 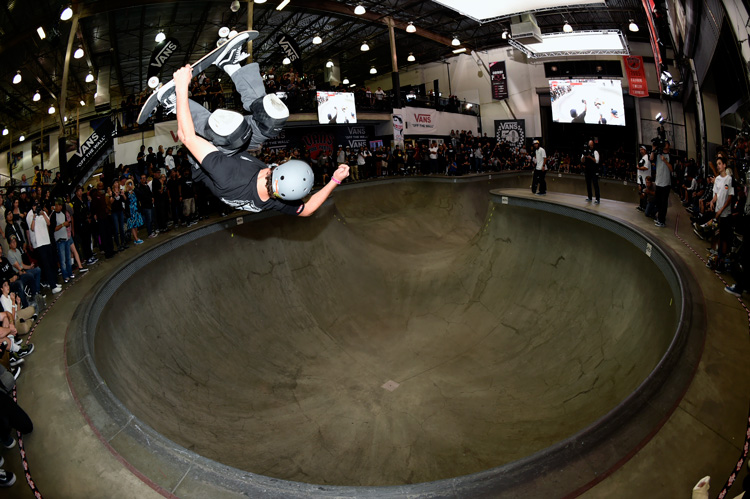 Josh Borden looking strong in the finals. 540 in the round bowl 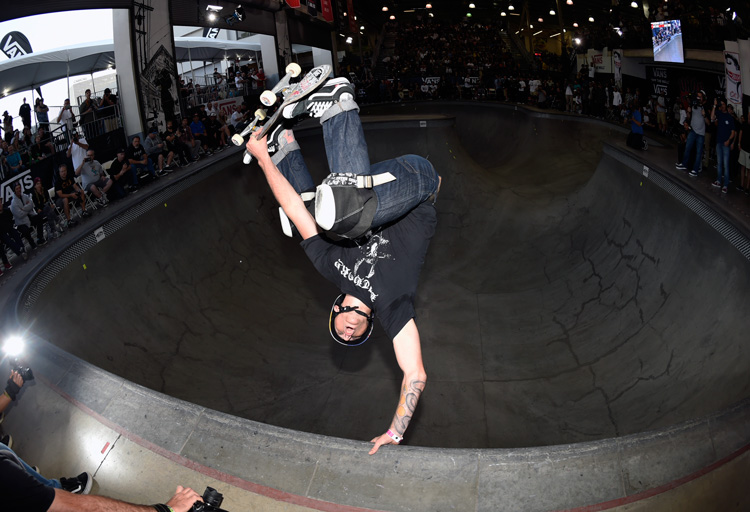 Chris Russell tosses up an eggplant 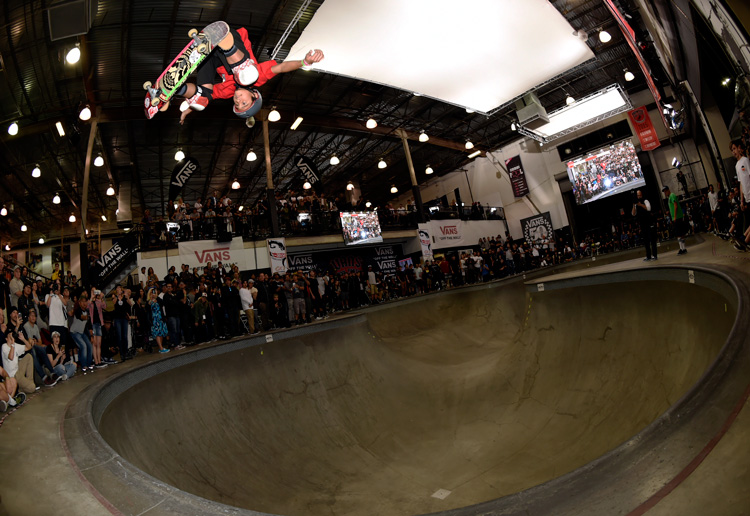 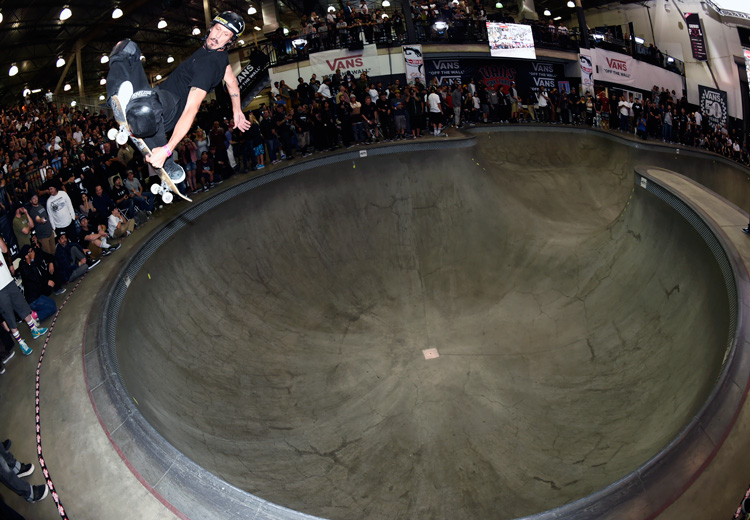 At 43-years-old, Bucky Lasek is still skating like a young buck 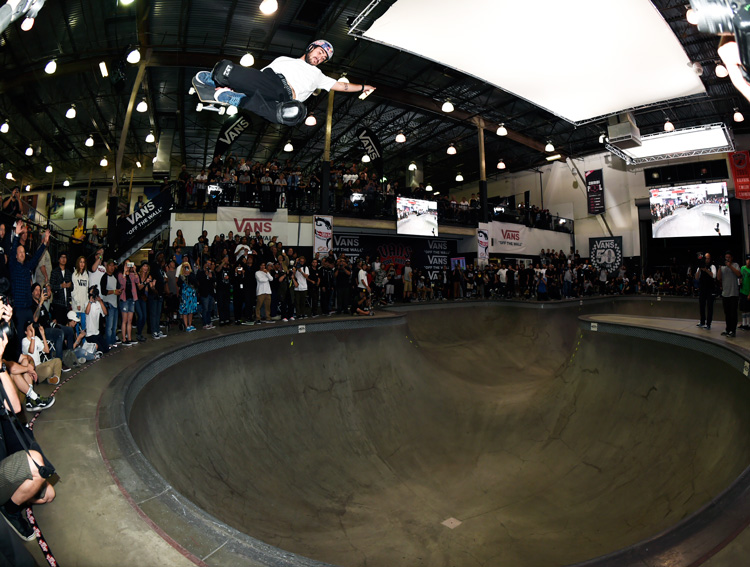 When it was all said and done Pedro Barros put together an insane line and took first! 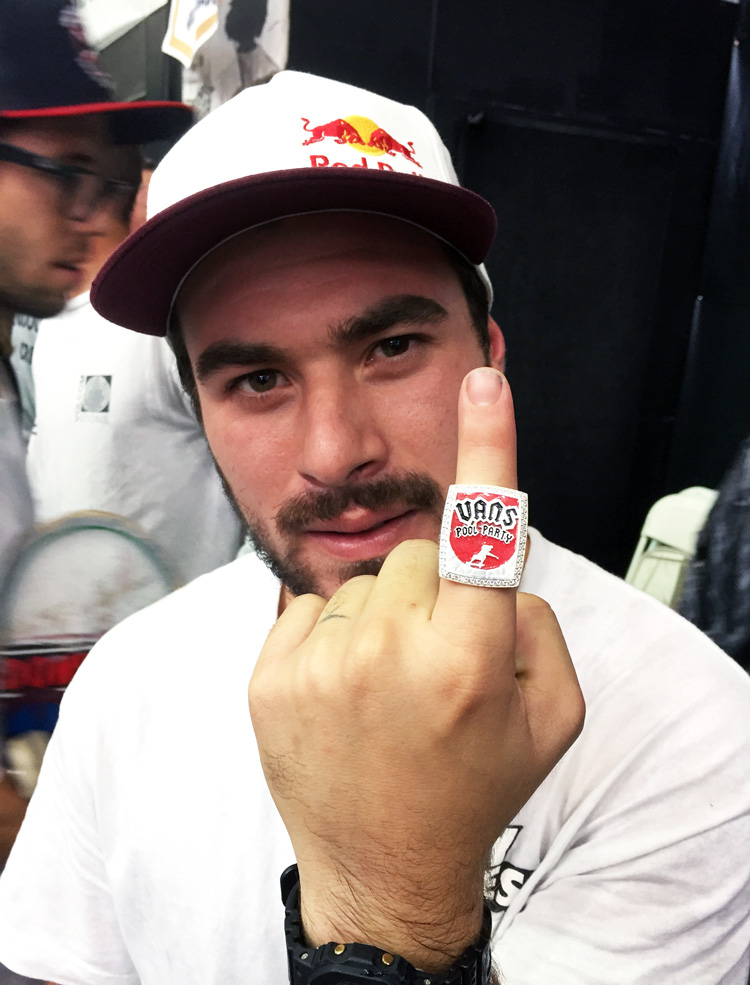 Pedro Barros with his 1st place ring. You know Pedro and his crew lit it up til the early morning! RTMF!