Vans threw a party for local skateshops at their Huntington Beach park and an epic crew of sponsored ams, current pros and living legends came out to shred. Here’s photos and a video from an amazing night.

I had been hearing rumors that as of April 1st, Vans switched up their liability waivers to no longer enforce people over the age of 18 to wear a helmet. I thought it was going to be another April Fools' gag but Johnny Layton invited me to come check out the party Vans was throwing for the local shops and told me the good news. Skaters from shops all over Southern California showed up as well as a handful of legends and not a single skull was harmed. Thanks, Vans! —Ben Karpinski 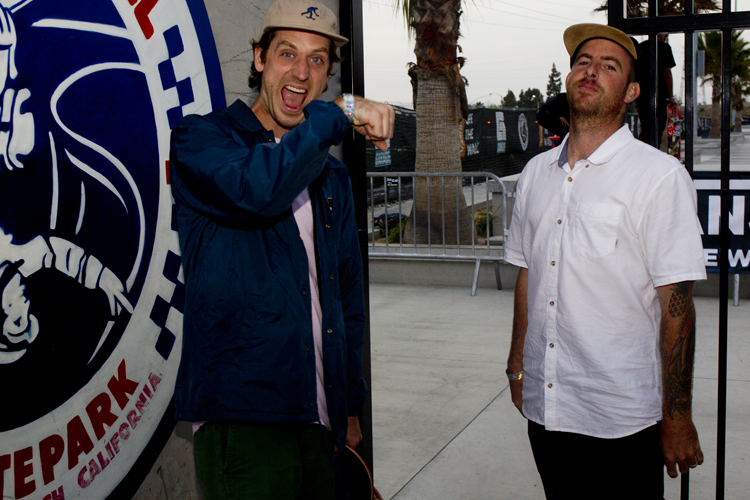 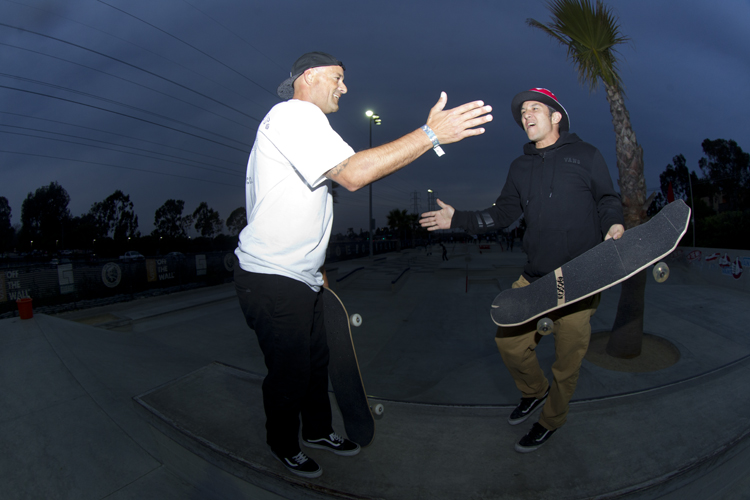 Omar and Hosoi. Check out that new shape! 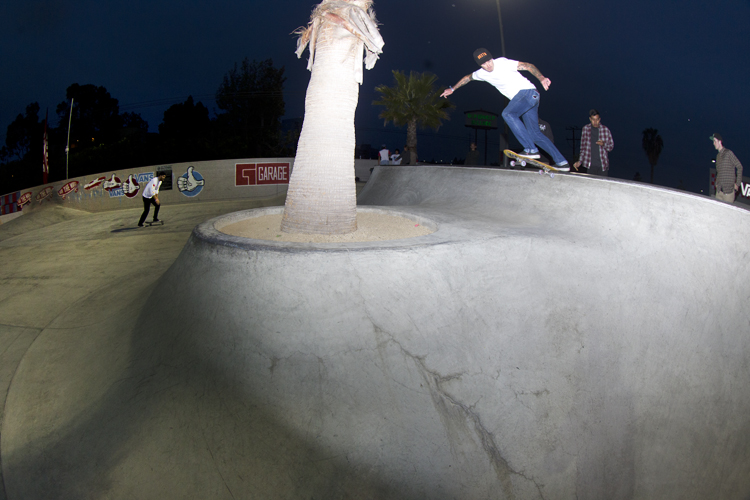 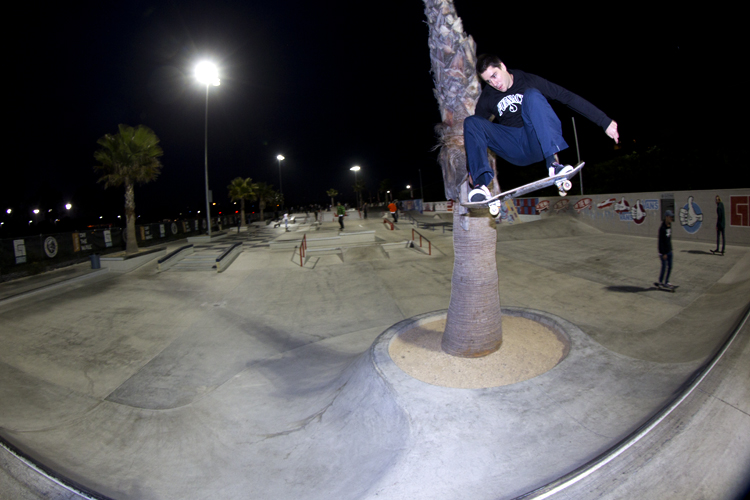 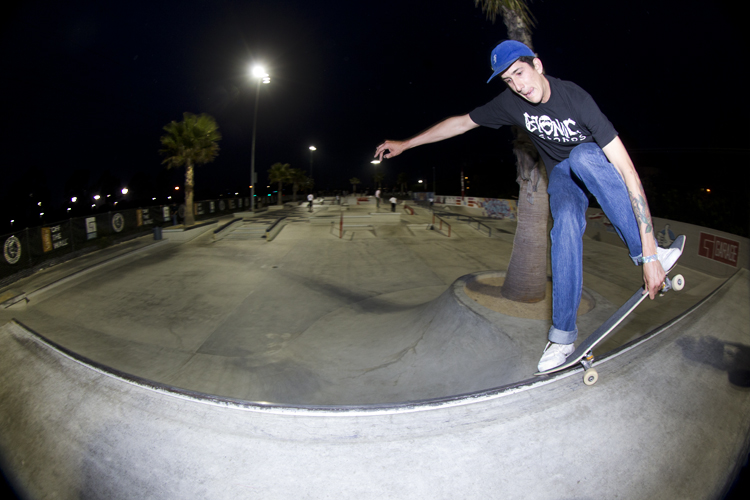 Jeremy Ponce yanks in a nosegrind 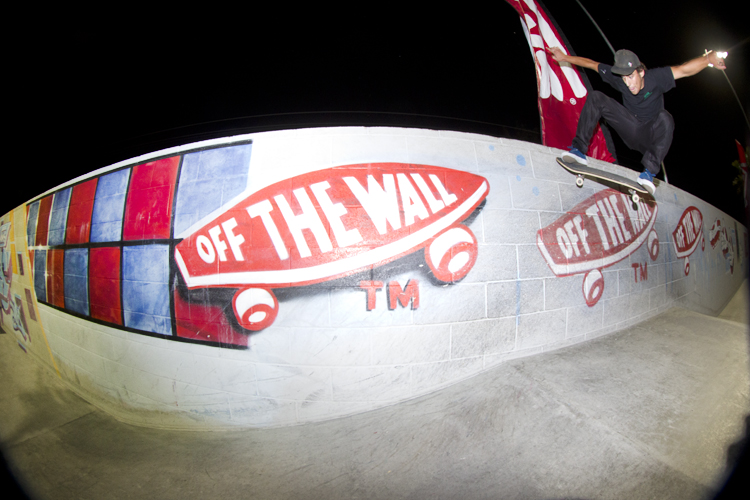 Corey Glick, off the wall 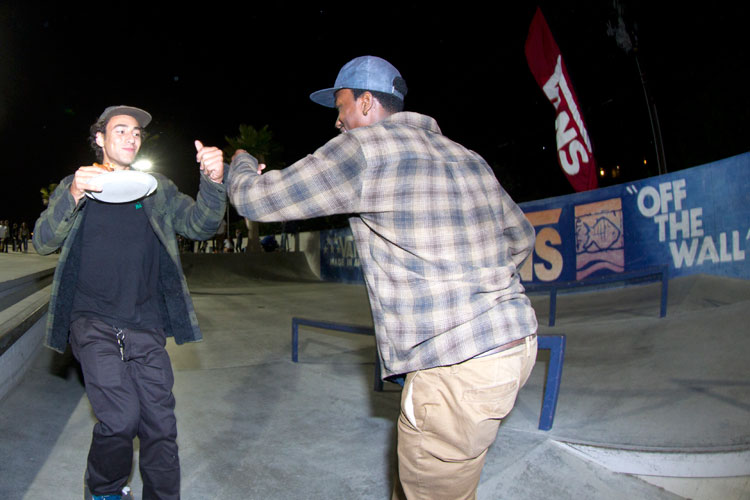 Did I mention there was pizza? 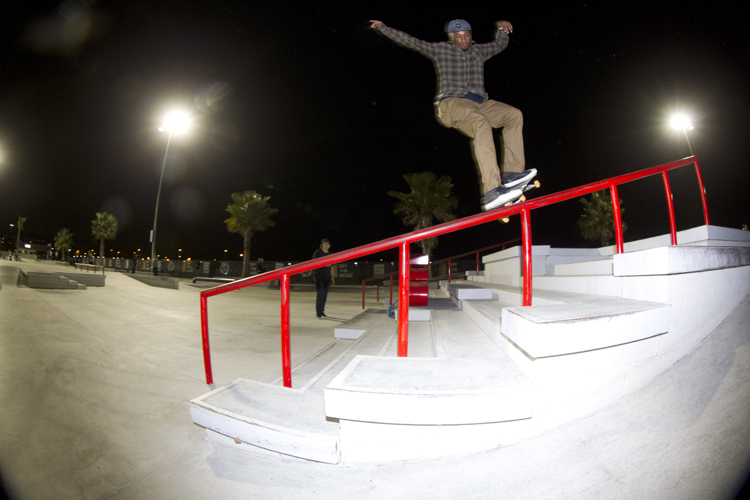 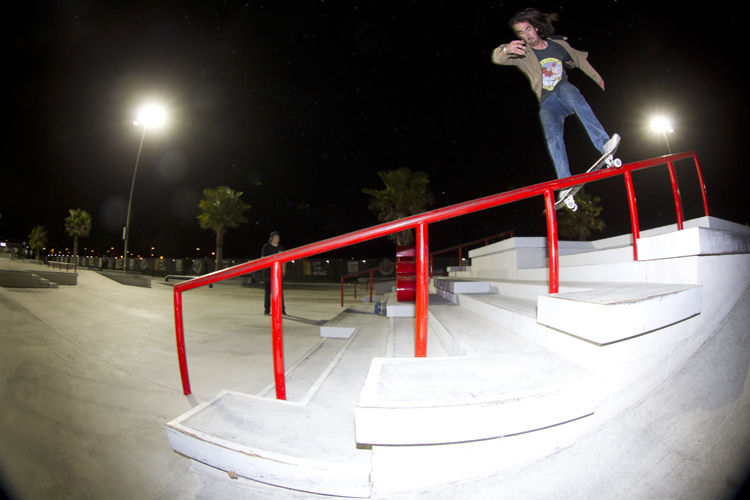 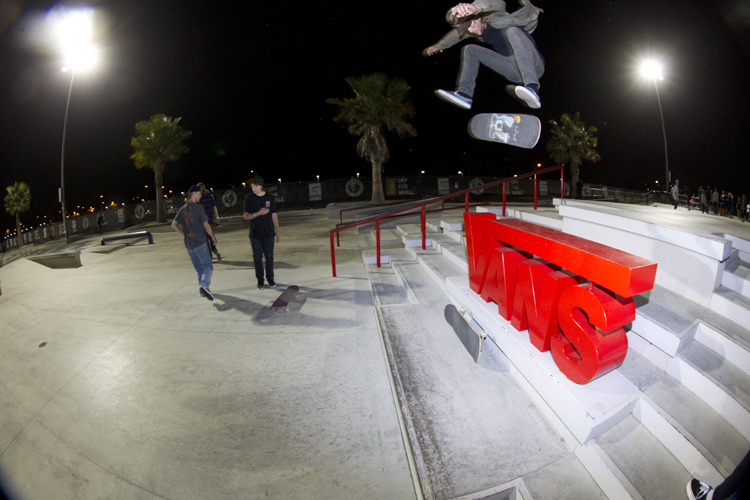 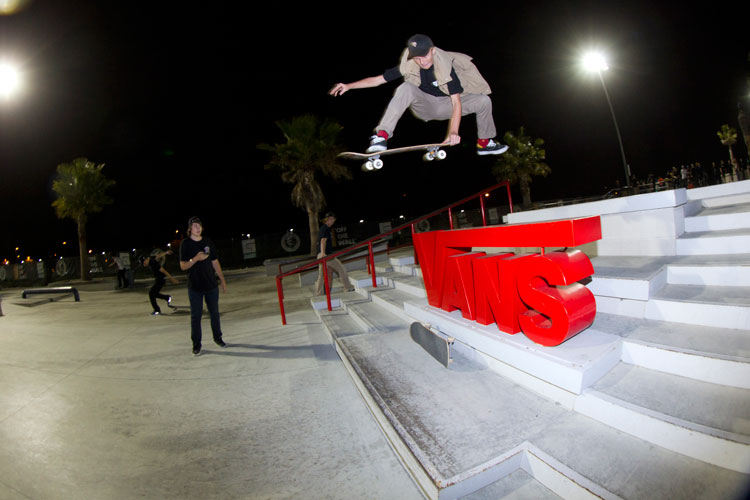 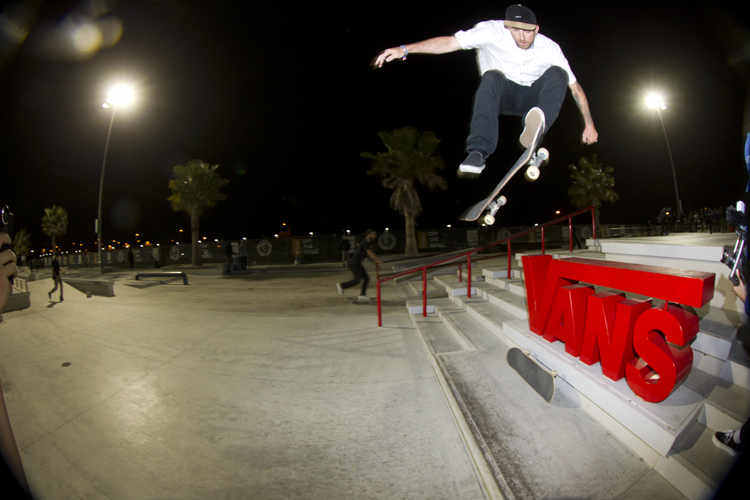 Office legs my ass! Of course Johnny’s still going to switch tré the biggest thing in the park 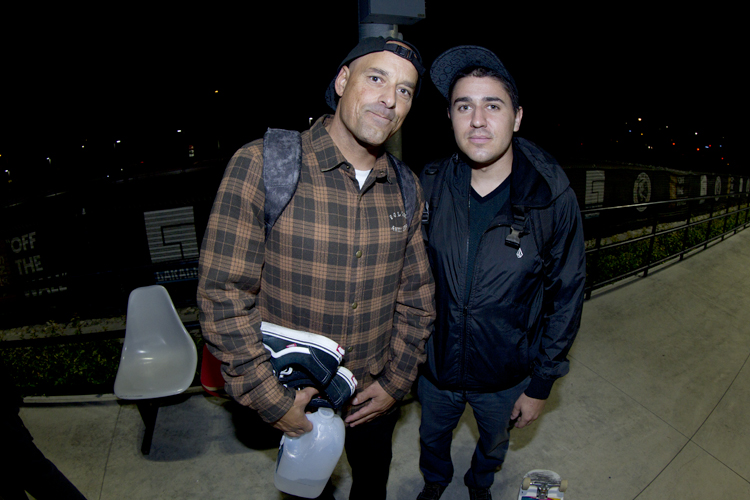 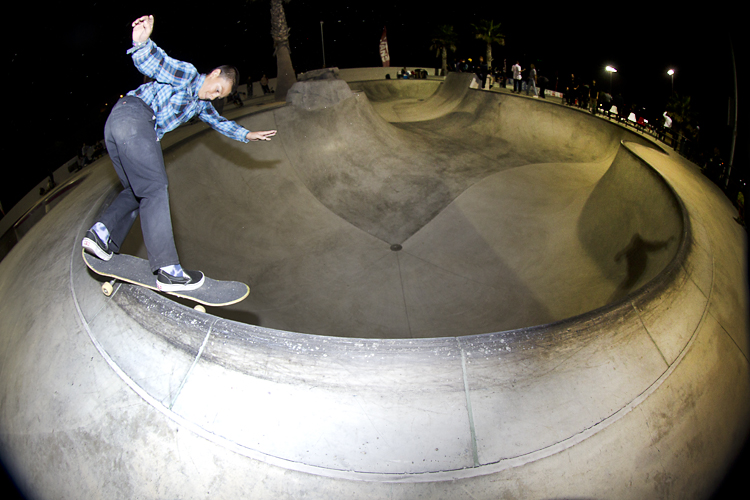 Joseph from Pawnshop can dip a back Smith 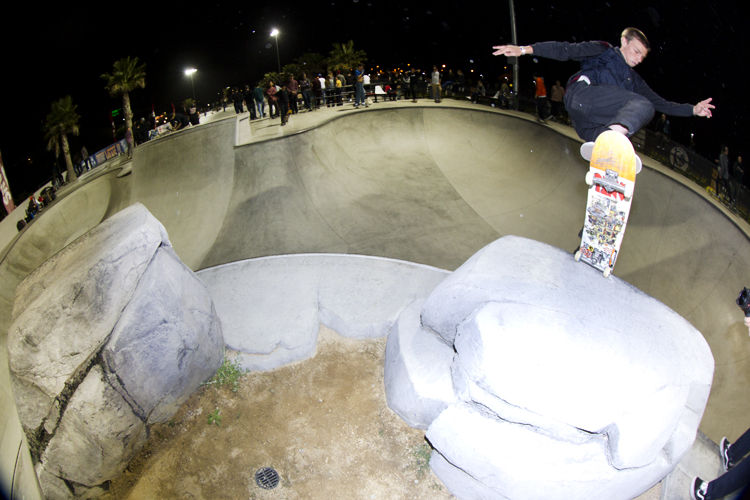 Cedric Pabich has a part coming out this month on the Thrasher site. With moves like this noseblunt, I cant wait 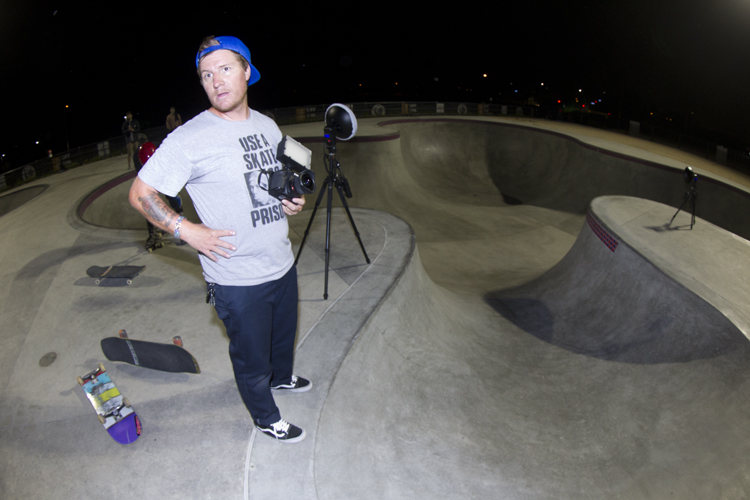 Off duty but still at the park. Big night for Wes Lott 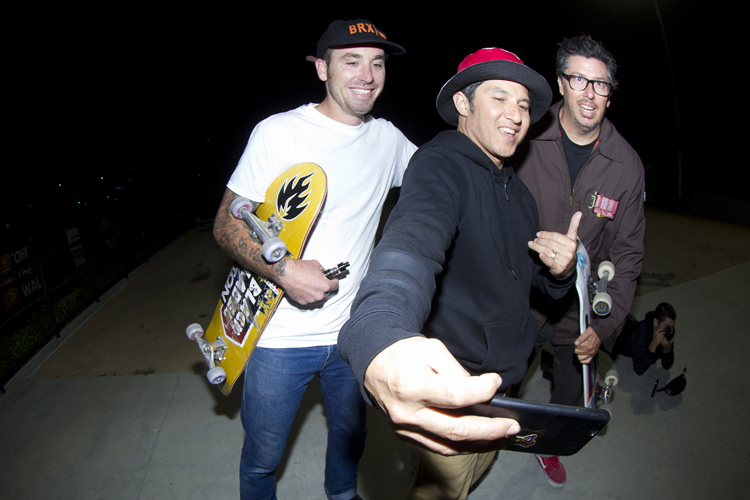 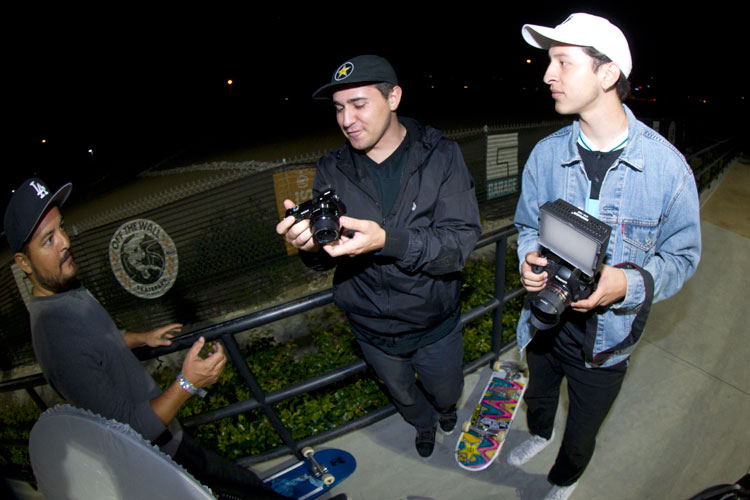 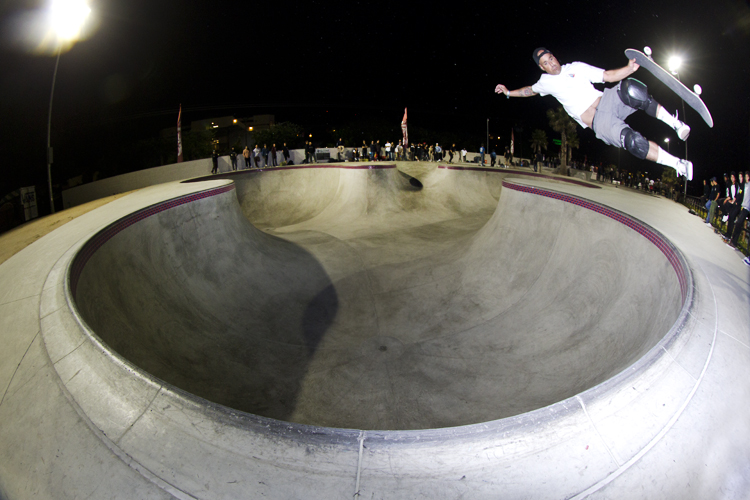 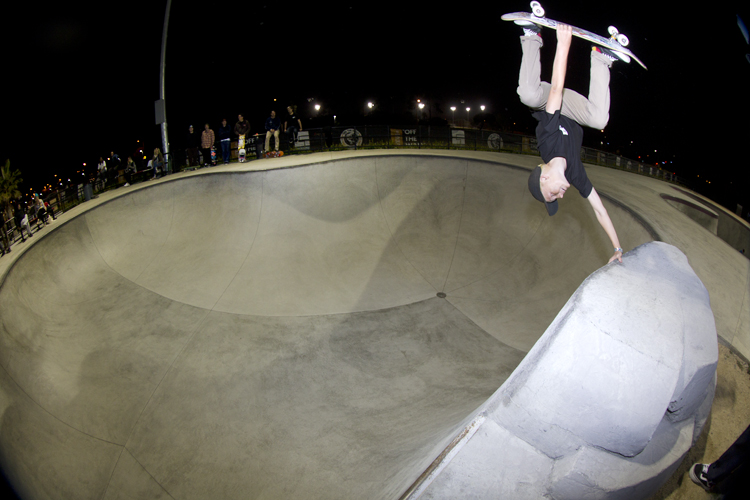 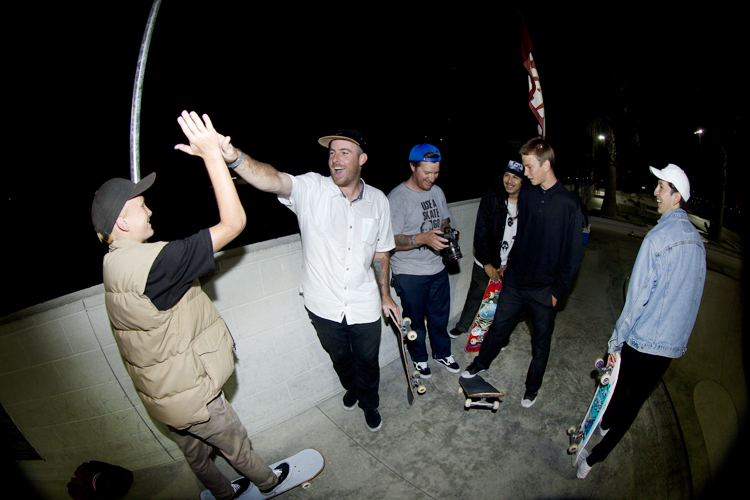 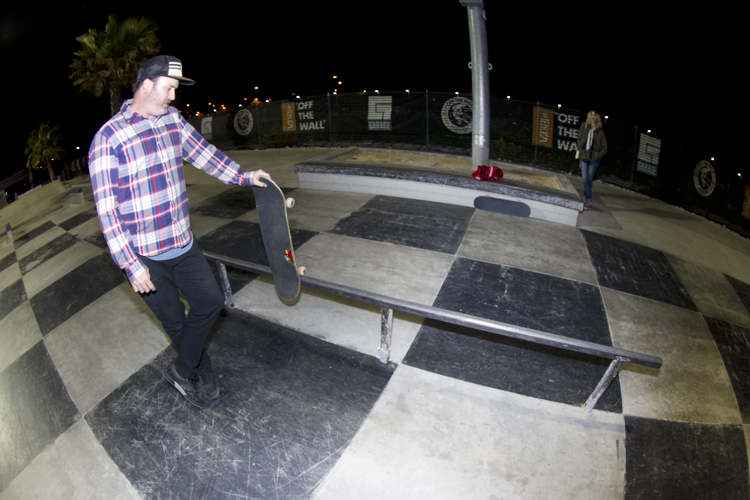 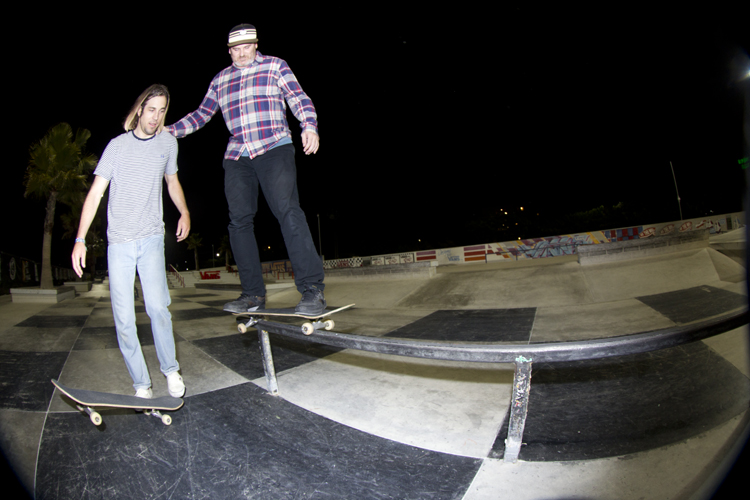 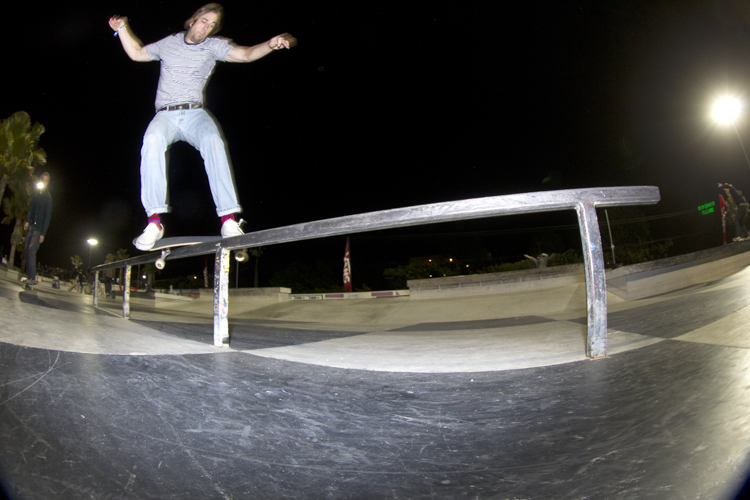 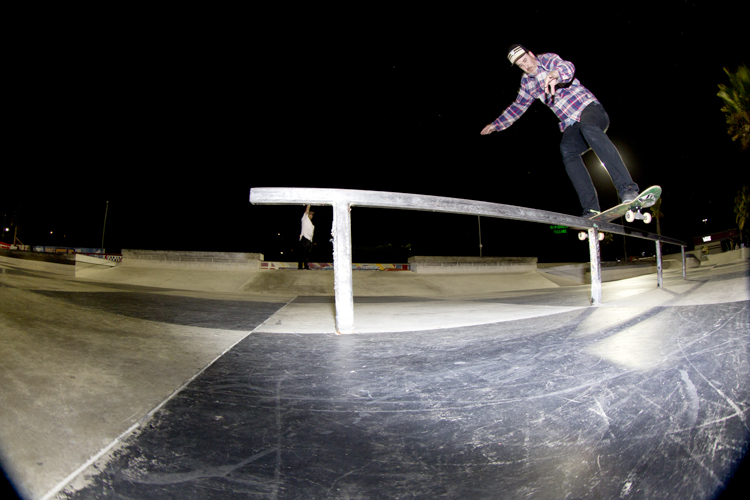 Thanks again for cutting out that rail, Ed