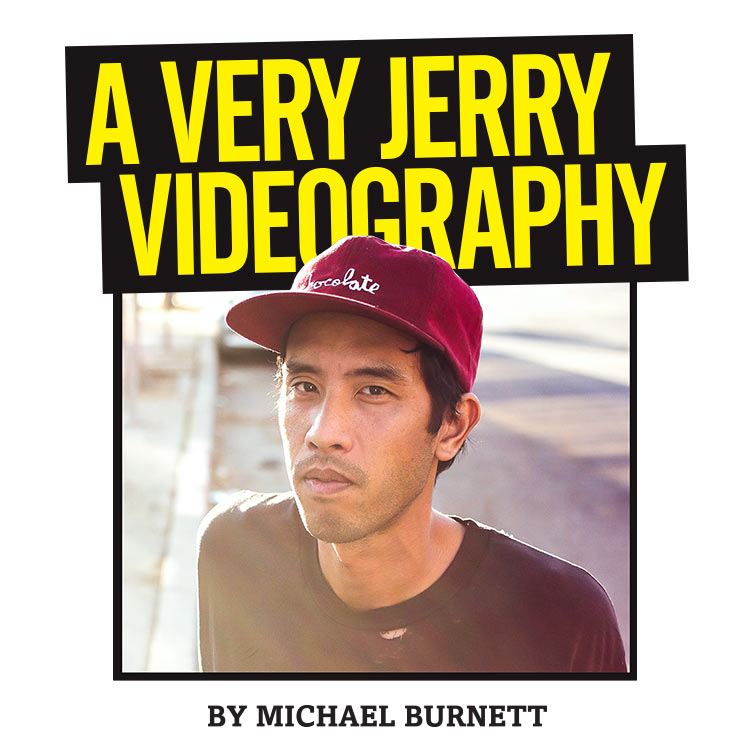 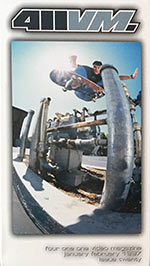 Jerry’s arrival in the big leagues was heralded by two awkward skits, industry standard at the time—one set in a school classroom and the other, a roadside hitchhiking conceit starring Donger, Hirata and Knight with Hsu as the eager lot lizard. Shredwise, the 14-year-old wunderkind offered peeks at what would become his staple maneuvers (switch hard flips, backside nollie flip variations) as well as some progressive ledge lathering  (nollie 270 to back tail, 360 flip grind backside 180 out). And the only slam is a lighthearted tumble into a schoolyard bubbler.

Jer says: There’s a special part of me that dies when I see those skits. They’re really hard to watch. I’d been getting in a lot of trouble so I had to go straight home after school for a long time. I built a box in my driveway and would just skate that by myself every day so that’s what I got good at.  Plus, in San Jose there was so many ledge spots. That’s all I knew how to skate for a long time. 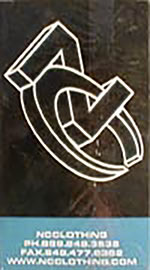 Although squarely in the same era as the 411s (and with the same brace-faced grin), we see Jerry stepping to somewhat manlier terrain in this skateshop/clothing co. offering, opening with a kickflip 50-50 on a double-kink hubba and drawing curtains with the same move on The Hubba. “This is my friend Jerry!” Marc Johnson beams to the camera immediately after—a testimonial every bit as powerful as being spotted riding in the Muskalade.

Jer says: I loved Hubba Hideout. I thought it was the best spot ever. It was a mythical spot and it felt sogood to—the sound alone! That ending with Marc was awesome. We all had a real camaraderie at the time and were super into keeping things fun. 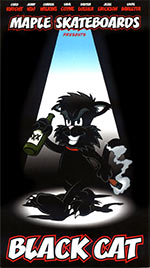 Nineteen-year-old Jerry begins this, his first full part, writhing on the ground, no surprise considering the absolute peril he puts himself in  while shellacking the streets of San Jose. Several Jer-pioneered moves are flexed (bump-to-bar slide overs, switch 180 to nose grind, early overcrooks, etc.) while Beat Happening’s Calvin Johnson repeats the line “You’re savage!” under Built to Spill’s Doug Martsch’s sunny crooning. After-black slow-mos and everything in this first part/last part outing. The Hsu had arrived!

Jer says: “I was devouring skateboarding at this time. I was trying to learn everything I possibly could! The tricks that felt better to me became the ones that stuck around. I was figuring out what I was good at. Getting last part makes you feel like you’ve really nailed it. At the time it was great, but I didn’t have the perspective to appreciate it. I definitely value that kind of stuff so much more now. After the video came out I realized, with that song,  “Wait, are people going to think I’m calling myself savage?”  That wasn’t on purpose. I just really liked that song. 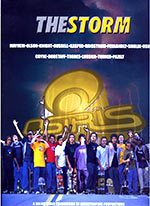 The one with the giant shoes and the Storm Flip™ in it. The only thing heavier than some of the moves in this Stereolab-scored mega part was the stigma of starring in the craziest, most polarizing skate video of all time. Sadly, of the 15-plus stash-pocket stuffers from The Storm, Hsu’s the only one still cashing a check.

Jer says: I didn’t set out to film that trick for the video. Filming was a lot more casual back then. I was really embarrassed about it for years. I can’t believe that’s even a trick that registered with people. Osiris wanted me to use a song that was little more congruous with their vibe of hip-hop and San Diego, but I wanted my part to stand out. So many people saw that video. It really helped me as a skater. You can look at that video and think,  “Oh, man, what an insane, weird time,” but it totally helped me. That video was a BIG deal at the time! 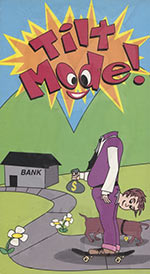 The Asian Elvis makes his first appearance (along with pink bunny costumes, cartwheels, crazy dancing, etc.) hammering home the “skateboarding = fun” message but not at the cost of some serious bangers. Part “just out skating with the bros,” part outtakes and extras from bigger videos, these Tilt Mode flicks set the tone for the launch of enjoi and the giddy, booze-soaked pillow fight to follow.

Jer says: There is a direct correlation between my behavior in these videos and my introduction to alcohol. I’d moved out my parents’ house the second it was legal. I never had the high-school experience in a party way so I guess I tried to make up for it with the Tilt Mode crew. Drinking was a big part of why those videos are the way they are. It was a fun time! These videos were definitely reactionary to, like, the Zero aesthetic. Zero videos were very serious. They were about total destruction and fast editing—almost like a metal song. Tilt Mode videos were a reaction to how serious those videos were.  The tone was more like how Instagram is today— just fooling around with your friends. 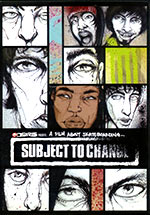 What starts out as a goof with Sweet Lou heats up to be some of Jerry’s best skating to date. New moves like the switch crooks pop over and a post-D3, full-grown-man style makes this part indistinguishable from the Jer we know today (despite being 13 years old). Plus, hard to fuck up when you’ve got New Order’s “Age of Consent” as the soundtrack.

Jer says: Osiris was trying to change their whole vibe at the time. Matt Eversole edited our part separately and he knew we wanted to ride that whole Tilt Mode thing. We wanted it to feel fun, but I still wanted to do hard skating. Even though it was zany, we did the best we could.
I still wanted to surprise people and do things I’d never done before. 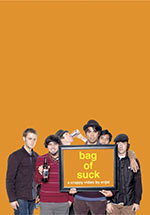 Every trick in the Jerry Hsu canon gets sped up, tweaked and majestically maxed out in this two-song, cranked-to-11 opus. Switch 180 to crooks Quimby, switch bluntslide the Cardiel fly-out ledge, overcrooks and BS NBS on the pyramid rail and, of course, the Lincoln nollie back heel were as heavy as any Zero or Baker after-blacks, but coming from everybody’s favorite Tilt Mode buddy, seemed all the more sweet.
A spring release and old regional grudges may have stymied Hsu’s SOTY chances, but he coulda got it, definitely. Shoulda? Yeah, probably. A switch to Emerica was a heck of a consolation prize, tho.

Jer says: After a few false starts, Matt Eversole made it clear that this video was serious and that we really needed to pull it together. He gave me a lot of direction and inspiration. I was skating good so I figured,  “I might as well go for everything—every trick I can think of, everything I can do, I’m gonna try to do it.” I used that momentum and skated ‘til the very end. The last trick, the backside nollie heelflip, I kinda gave up on that. I’d tried it once and I’d hit my head. I wasn’t excited about trying that again. Matt really convinced me to do it. I remember asking him if there was anything I could help him with at the end of the video and he told me, “Jerry, just go do that trick.” That kinda pissed me off. But I did it. And I’m really thankful that I did. Skaters need people like that to help them reach a certain potential. People talk about skateboarding being such an individual thing, but it’s so collaborative making videos. You feed off of everyone around you. The enjoi team was such a tight team at the time. I feel like that’s really why the video is so good.  If you’re on a team and don’t feel that camaraderie it will show. 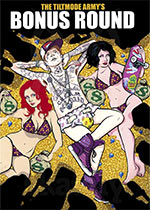 High-grade odds and ends (both party and skate) form this final Asian Elvis Tilt Mode appearance. A skit where Jerry bashes the head off a trash-talking Internet troll foreshadows the opinion tsunami we’d be drowning in just a few years later.

Jer says: I’d kinda checked out at this point. After Bag of Suck I was so out to lunch and kinda didn’t even care about skateboarding for awhile. I was burned out. I went into some weird depression. This stuff was kinda old and was just goofing around. I was still in San Jose but the scene had changed. Dudes were getting older and moving on. The skit was something Matt wanted to do and I thought was funny. I don’t think I’m bothered by online criticism any more than any normal person would be. Anyway, you can’t really do anything to stop it. It’s part of our lives now. 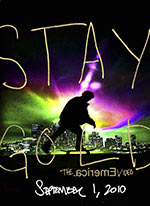 The video that made Jerry and horrific slams synonymous, Hsu’s Emerica coming-out party starts with a pile driver into a wall and doesn’t get any less gruesome until the two-minute mark. The revelatory B-Sides, (invented with this video) offer an embedded-reporter’s view of torment (both physical and emotional), more visceral than anything even Jamie Thomas could dream up. All memories of the Boy Named Hsu in the pink bunny suit are dashed around the tenth hideous scream. A warrior Hsu had emerged!

Jer says: I’ve always eaten shit. I’m just one of those people that fuckin’ eat it, a lot! Marc or Koston, you never really see them eat it—in person or in video. I’ve always gotten hurt. I get to the point where I say, “Fuck.  I’ve just gotta fuckin’ go for this no matter what.” And the end result is a fuckin’ heinous slam. At this time I was constantly hurt. I was going back to zero and then trying to get back to being good. I had surgeries and I was trying to get back to 100 percent. There was video pressure which means trying to be good before your body is there yet. I was very angry filming that video. I’ve always flipped out skating. At that time it was so frustrating. After Bag of Suck  I had totally checked out and when I got back to skating I thought I was still that good—but I hadn’t skated in months. That’s when the tidal wave of injuries happened. Miner took what he had and created this video part out of it. People still come up to me and tell me it’s a great part and I’m thinking, “There is literally, barely anything there.” I really thank Jon for saving me. He created something out of almost nothing. 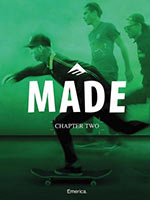 Jer says: I’m feeling good about this one. Working with Miner, I’m working with a top-level video maker and it’s very collaborative. He makes valuable suggestions. There’s that real team thing going on, too. I’m just so thankful to be doing what I’m doing. I’m 34 and I never thought I’d be in my 30s still doing this. When I went on tour at 15, I remember asking Donger how old he was and he was 25. That seemed so old. Skaters then didn’t still do it after 25. I’m nine years older now than Donger was then! Filming this has been so awesome. I’ve had these ideas rattling in my head that I got to try. I can’t really jump like I used to so I had to figure out how to adapt to a less stunt-style of skating. That’s made me do new tricks and skate new stuff. Which, if you think about it, is the same place I was in my first video parts.