In 1989, Andy Jenkins drew a Cat in the Hat graphic for Jason Lee who was a young professional skater for Blind at the time. He has been actively designing skate graphics ever since (that's twenty-five years, dudes). With that much water under the bridge there's bound to be at least a couple of turds floating downstream. I hit up Andy to find out what his three least-favorite graphics are that he's flushed down the art toilet. 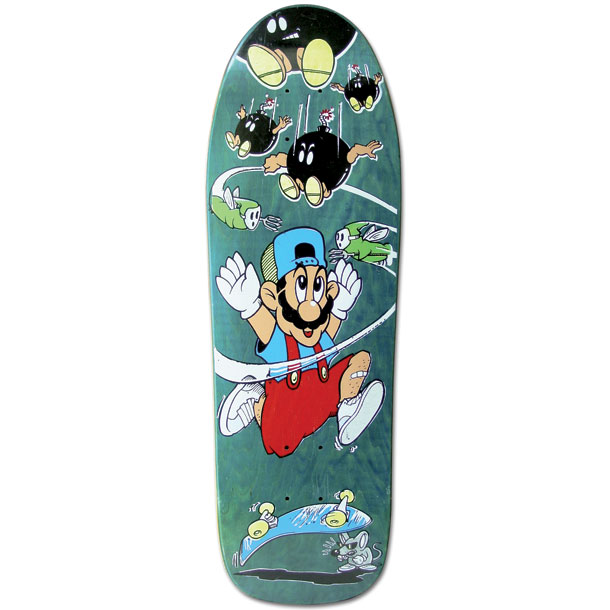 Mario Brothers
Jeremy was known for obsessing over video games back in the day—maybe he still does; I don't know. Anyhow, someone had the idea of doing a Mario Brothers graphic with Mario skateboarding. The only thing I can claim on this board is the actual skateboard drawing—the rest is a total lift. It was that time in the late '80s, early '90s when there were a bunch of parody boards hitting. I believe this one got a cease and decist from Nintendo pretty quickly. 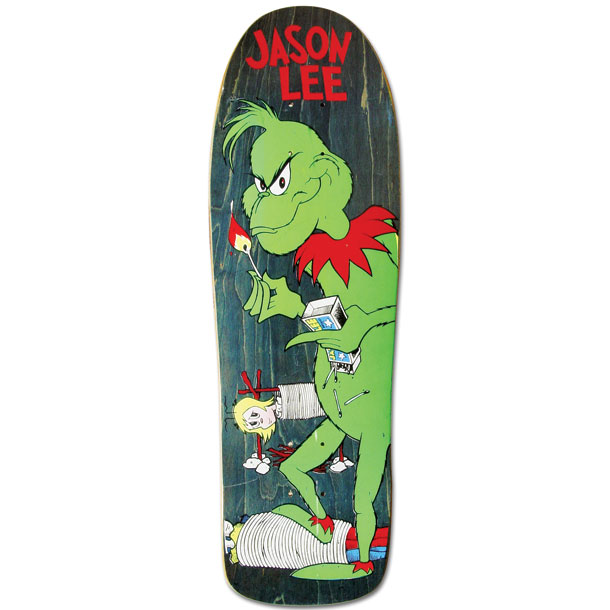 The Grinch
Again, the idea here was to skew a classic. I had no problem doing these back in the day because I was in-between jobs and Rocco paid really well for graphics. The idea here is that the Grinch actually eats the Whos—funny. Total Dr. Seuss ripoff. The ironic thing about these sorts of graphics is that they are worth a lot of money these days. I know; I sold all of mine on eBay. 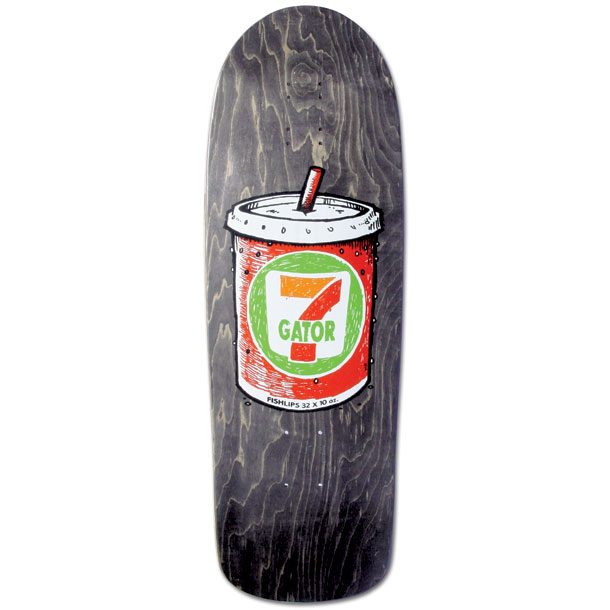 7-11 Cup
The one time I did a graphic for a murderer. Bummer. Right after I finished this graphic and an ad to introduce Gator to the team, we found out about the crime he'd committed some six months earlier. I still get weirded out by the fact I was talking about graphics with Gator while he was holding onto this insane secret. Creepy shit. To this day, I still have no idea why he wanted the 7-11 cup. 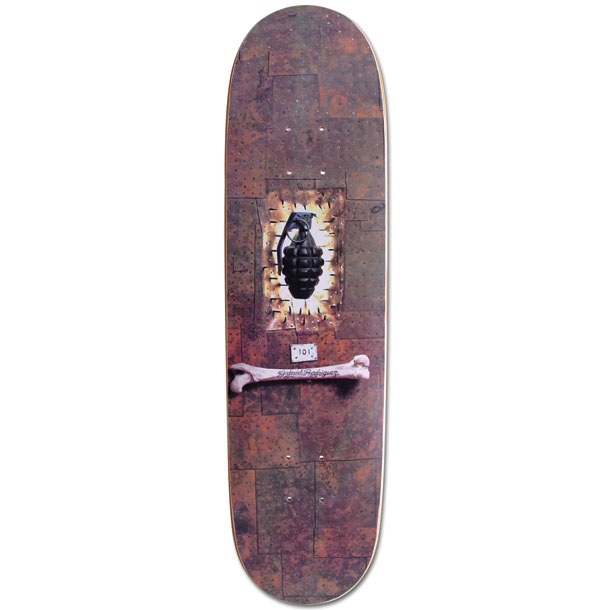 Grenade
I did this one for Natas back when he had 101. He asked me to do a graphic for the young Gabriel Rodriguez. Natas was rad to work with because he pretty much let me go off on this graphic. At the time, I was making a lot of weird shit with scrap metal and I also happened to have a spare grenade and a perfect bone in my studio. I put them all together for this thing and Spike Jonze shot it in a makeshift studio in my garage. The final product was a slick-bottom. And honestly, it's one of the most well-printed slick-bottoms I've ever seen. The manufacturer—I don't recall who it was—did such an awesome job. 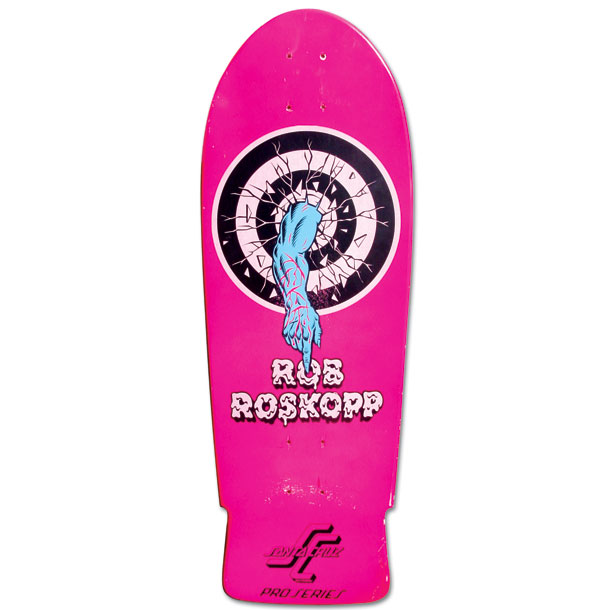 Monster by Jim Phillips
Mr. Phillips has always been one of my favorite skate artists. His lines are strong and his imagery has become classic skateboarding. But I have a special connection with this particular board because it was my first "real" one after riding a California Free Former many, many years earlier. Jim's son, Jimbo, went on to do a few more variations of this graphic, eventually revealing the monster in (almost) its entirety. So rad.

Footnote:
Images courtesy of Sean Cliver whose skate-graphic genre-defying book, Disposable, will celebrate its tenth anniversary this October with a new print edition. If you don't already own a copy, stop sucking at being a part of this subculture and grab one here.