Bronson's "Shotgunnin' through the South" Article 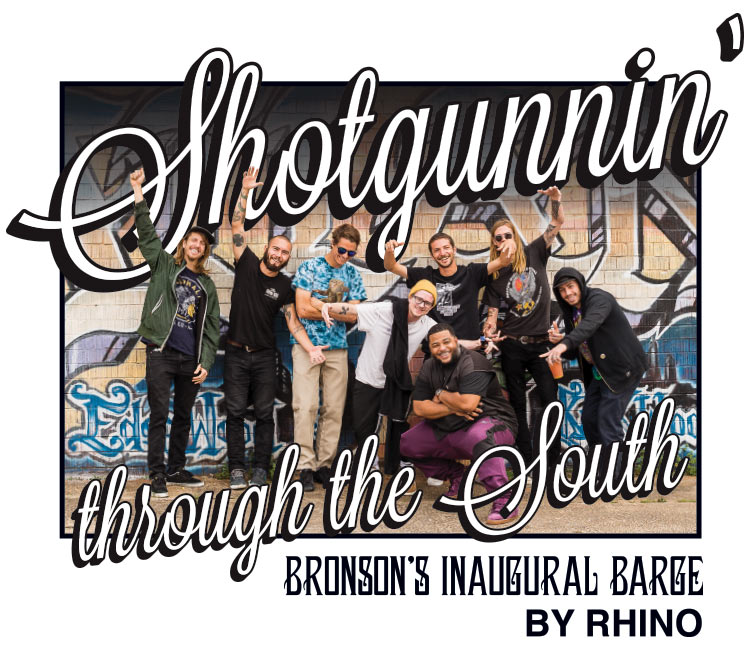 The first Bronson bearings’ trip is officially in the can. We jumped in the van the day after the Tampa Pro contest—which was probably not the best idea.  A weekend of Tampa’s nightlife will take its toll on the heartiest partier. Nevertheless, the crew just kept the festive vibe going throughout the trip: margaritas were hand mixed at spots and beers were shotgunned when tricks were landed. It was like spring break on wheels. We packed 15 deep into a white whale, pushed the pedal to the metal straight to Gainesville for a few days before hitting Georgia and both Carolinas. Get on the road and let loose; this ain’t no contest circuit. When you have the fastest bearings out, hangovers don’t slow you down! 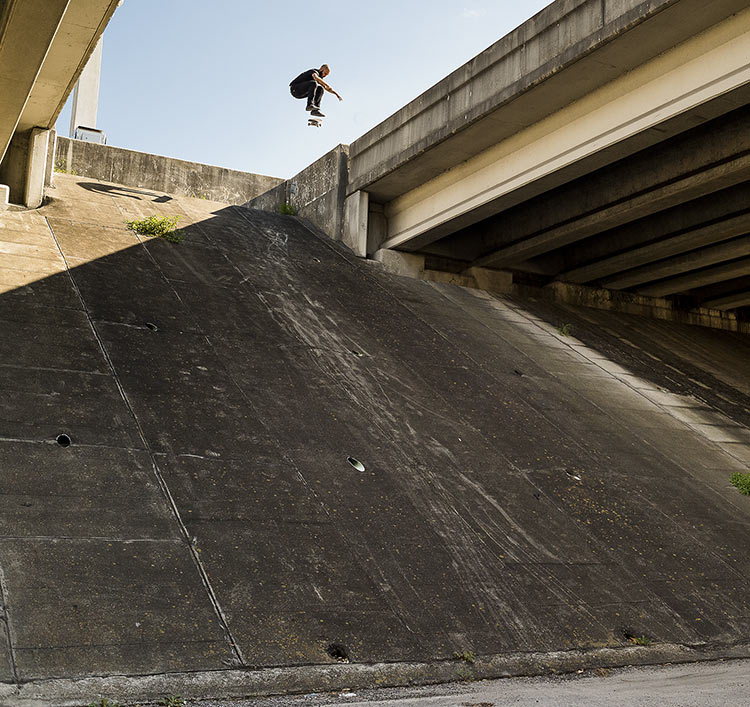 Dakota got the first trick of the trip, kickflipping off a freeway overpass into a concrete mountain. This set the tone and everybody wanted to get some! He also led the charge with mandatory Coors Light shotgunning every time a clip got reeled in. Many a Silver Bullet got slayed on this mission 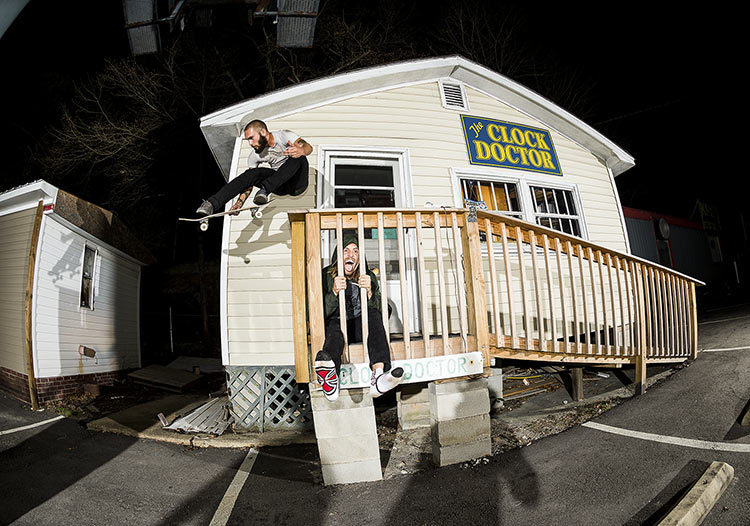 Jaws declared that he needed to chill on the melon grabs so he let Dakota handle this one. Luckily, Servold didn’t clean Aaron’s clock on this sock hop 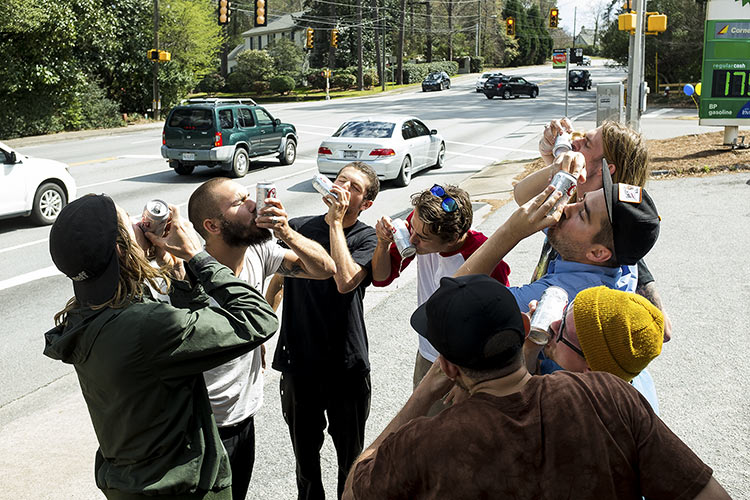 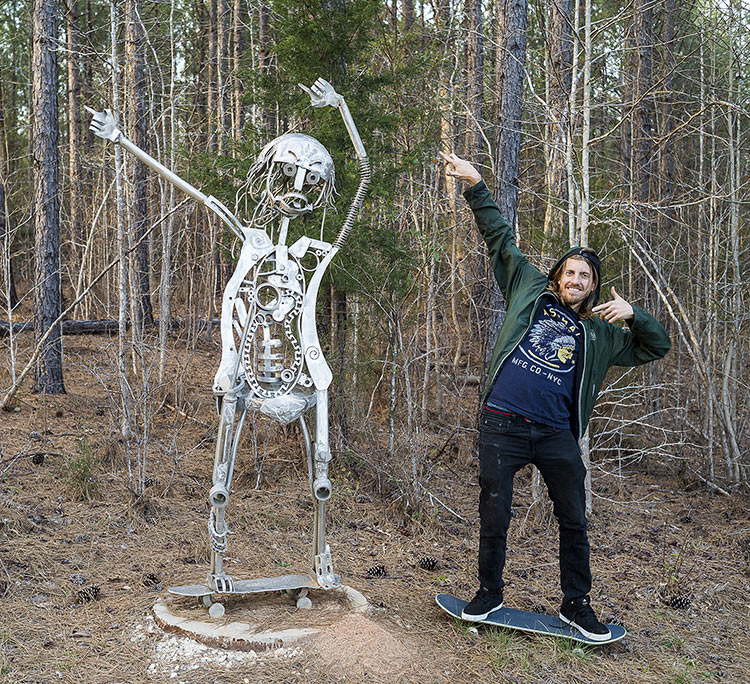 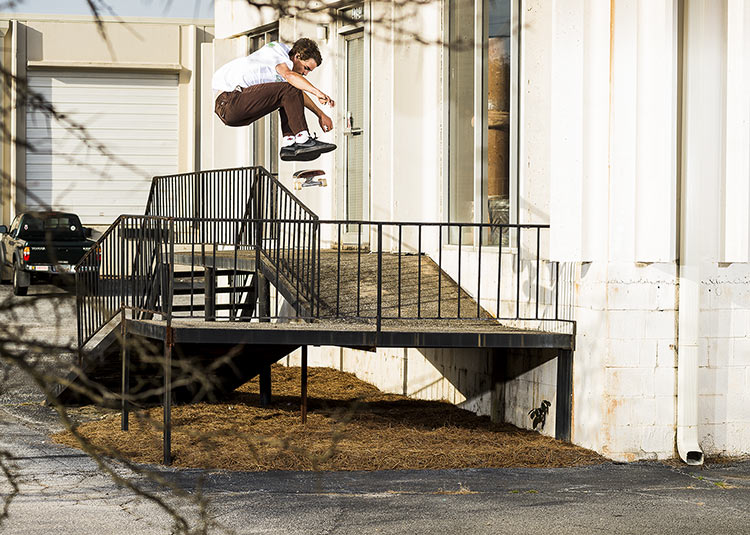 The run up on this bump to bar was as crusty as Raybourn’s socks! Blake, Bondo-assisted heelflip in the ATL 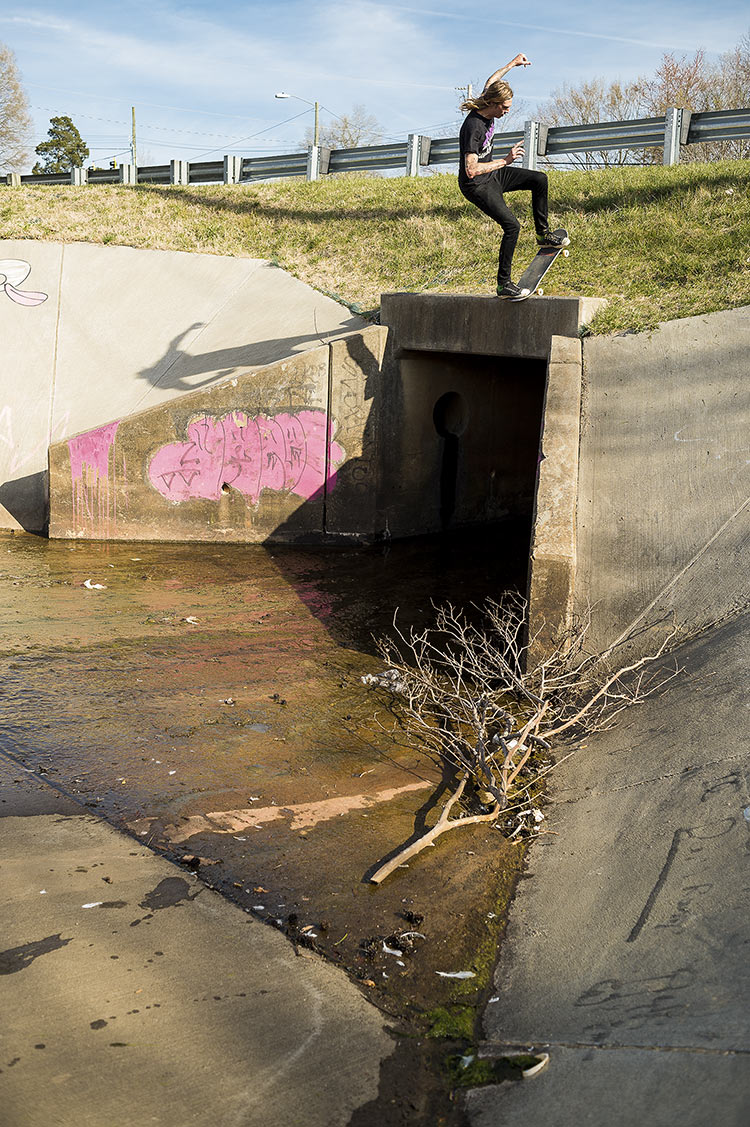 The water hazard at this ditch swallowed a few decks and sidelined most of the crew. Gregson avoided the runoff and came up on a noseblunt slide over the chasm 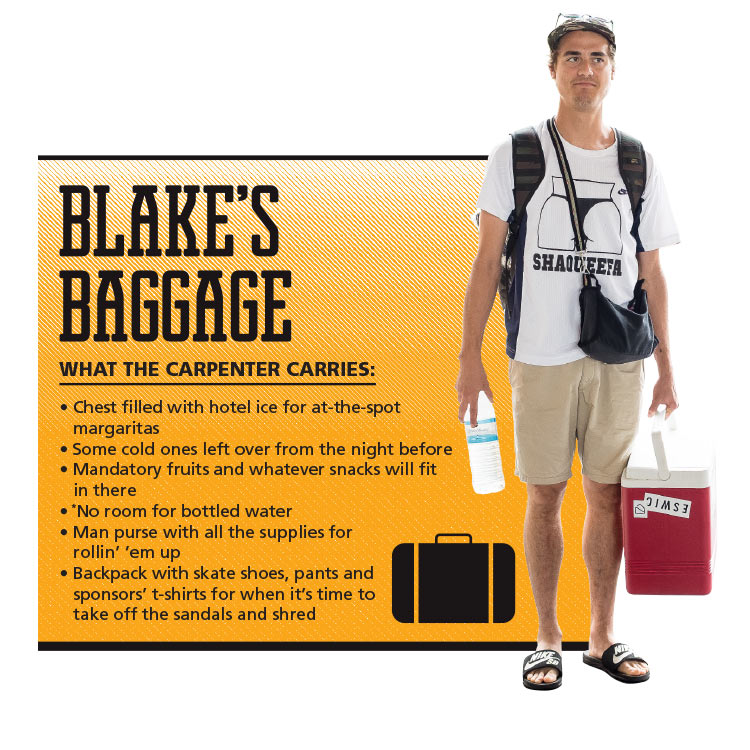 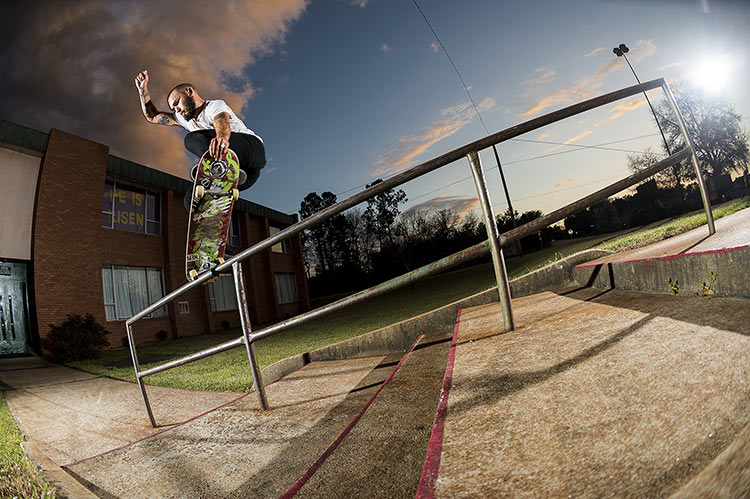 There’s damn near a church on every street corner in the South and they don’t appreciate skateboarders “marking up their property.” Dakota nosegrind tailgrabs just before getting the Biblical boot 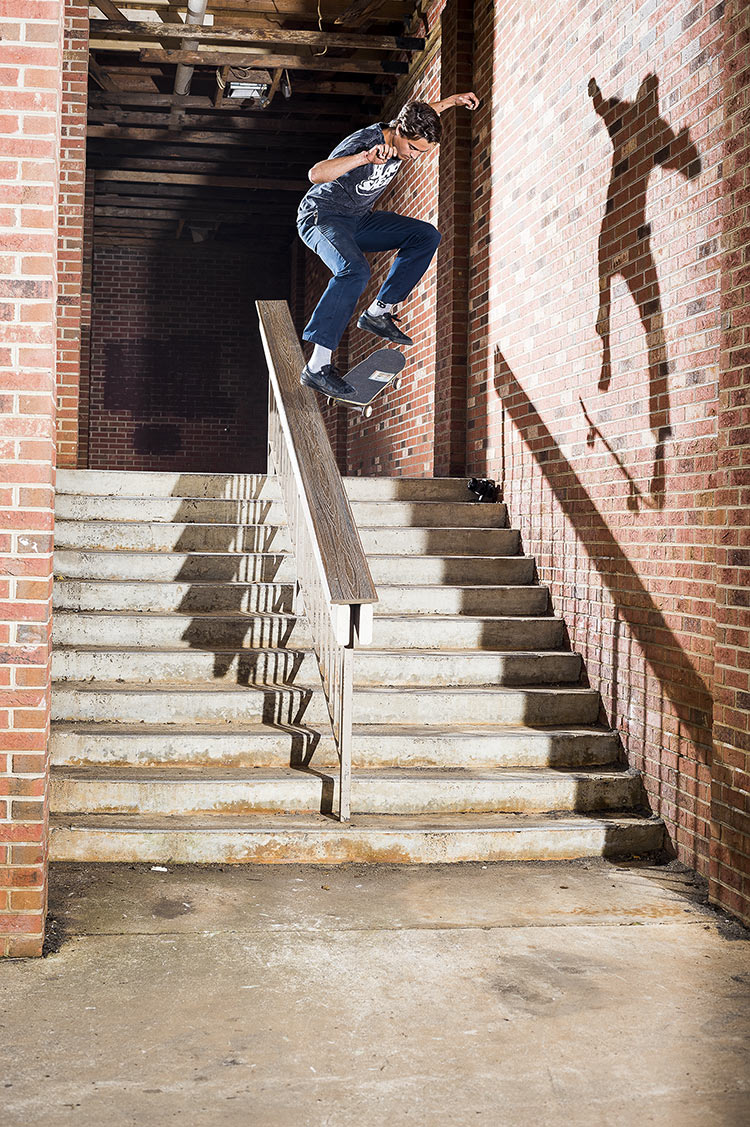 Spring Blake is on a permanent vacation. Kickflip crooks before heading back to Margaritaville.  You can take the boy outta Florida…

AJ Zavala gets mistaken for Bradley Cooper quite frequently. Hey, there’s worse problems to have than looking like a movie star. Acadamy-award-worthy frontside bigspin for the Dawgs back home 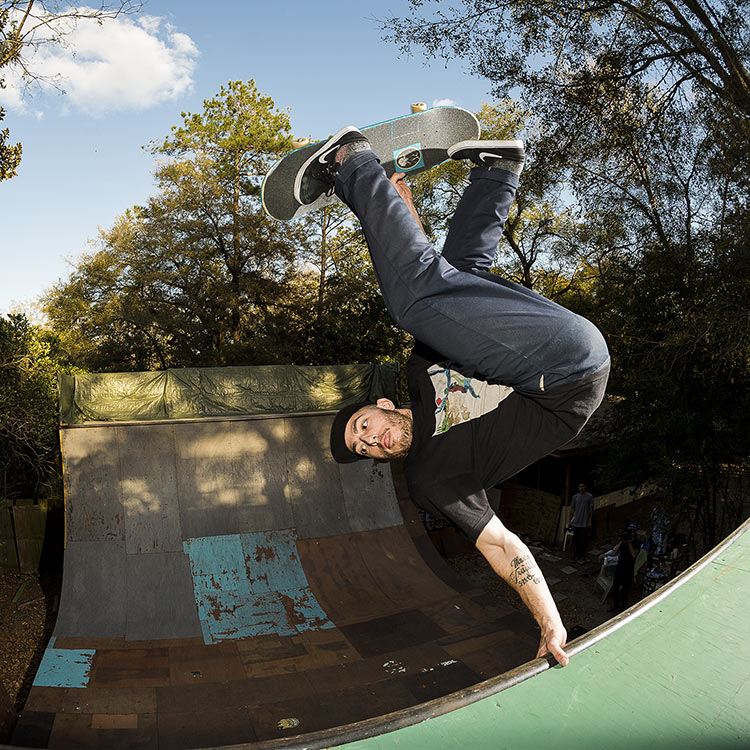 Mike Frazier gave us directions to this vert ramp and Dylan showed his appreciation by planting a proper frontside invert. Dude slays it all 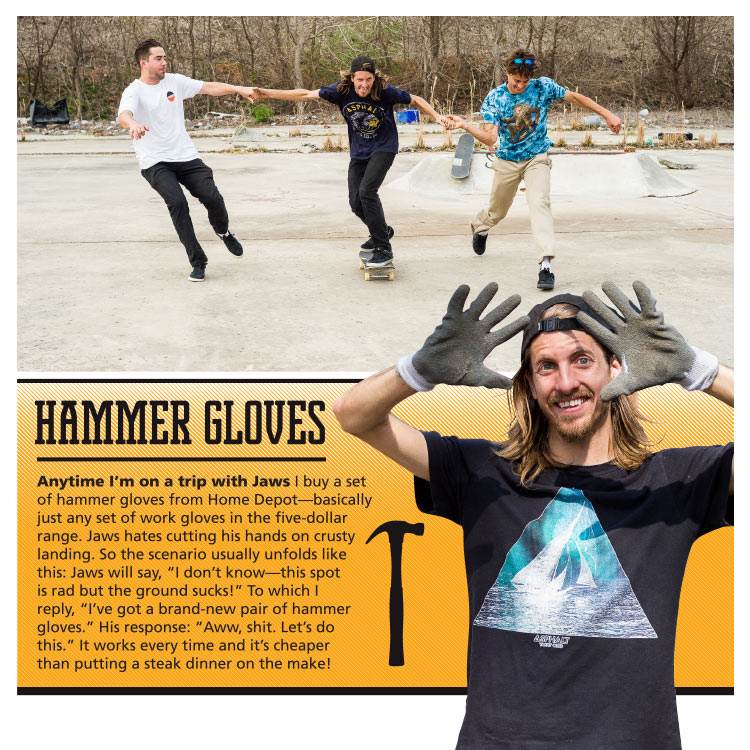 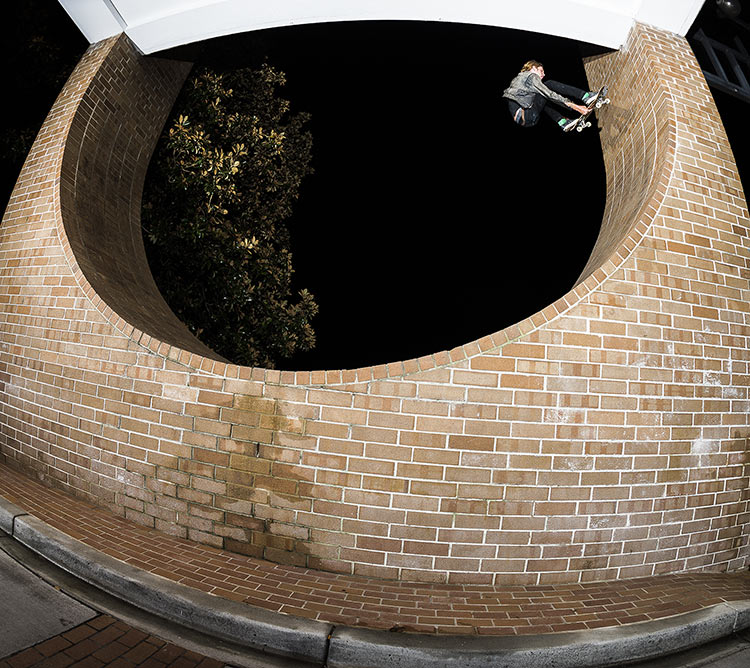 When you find a spot this amazing you barge it no matter what. Gregson blasted this lien while the security guards got caught sleepin’ 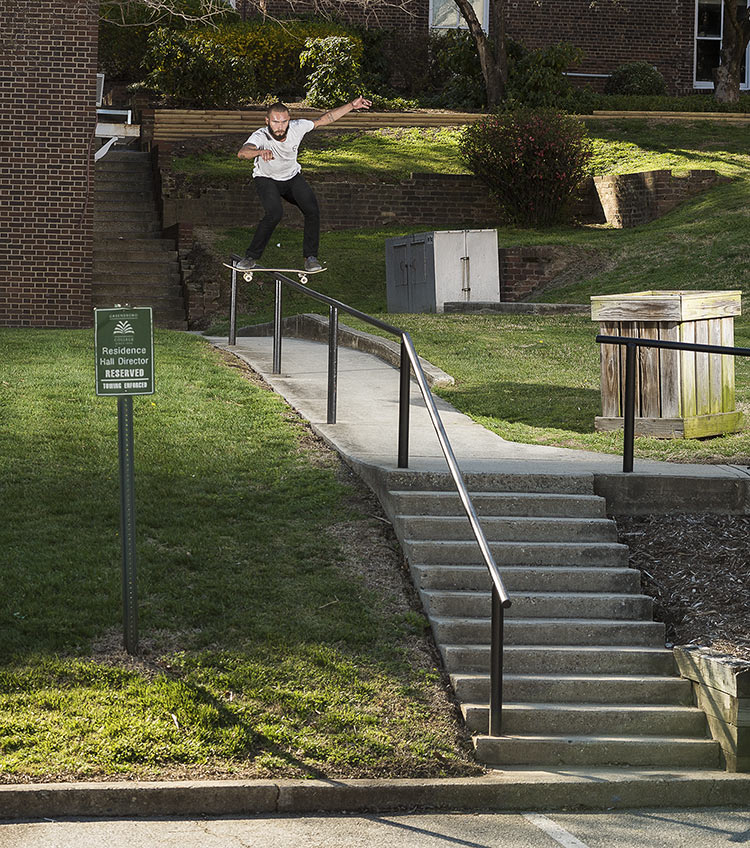 No stranger to the boardslide, Dakota slid this one across and down while school was in session. Take note, young ‘uns 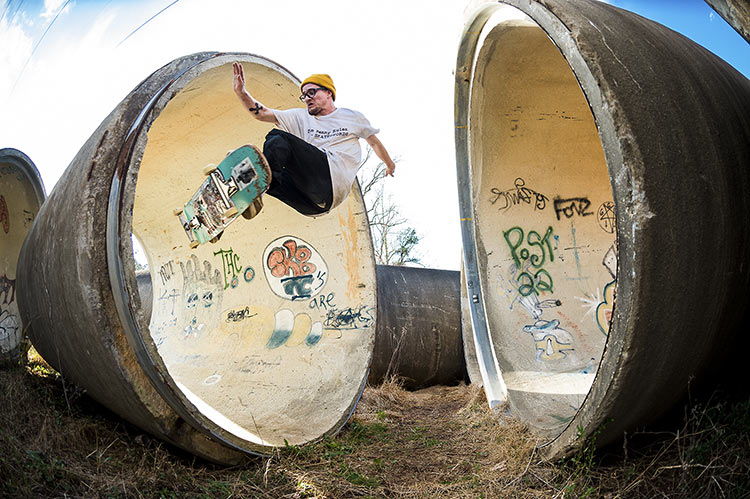 Fun fact: Raybourn was the first Bronson team rider. He started this trip off with a bruised sternum from colliding with The Chief during a practice run at the Tampa Pro. He enlisted the help of hard cider to cope with the pain. Ben still ripped despite his chest pain, though. He also got the “Dirty in the Dirty South” award for not showering the entire two weeks.  Pipe-to-pipe transfer with a bonus disaster.  How you like them (fermented) apples? 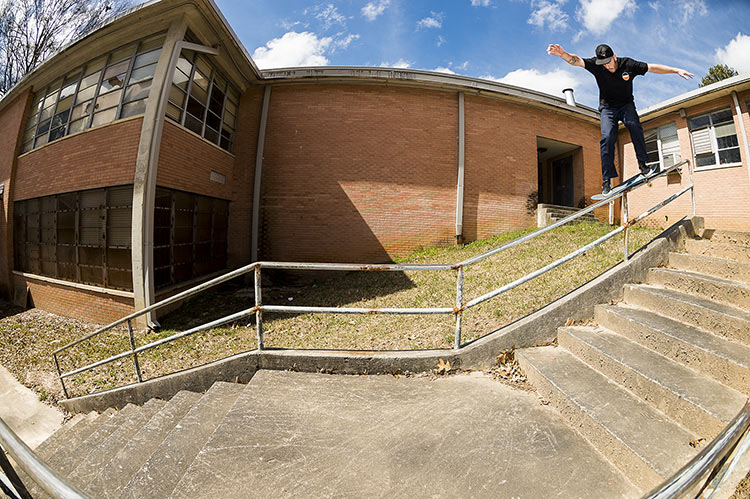 Hell in a Bucket! Dylan Witkin, was Truckin’ when he landed this feeble! It was truly an American Beauty 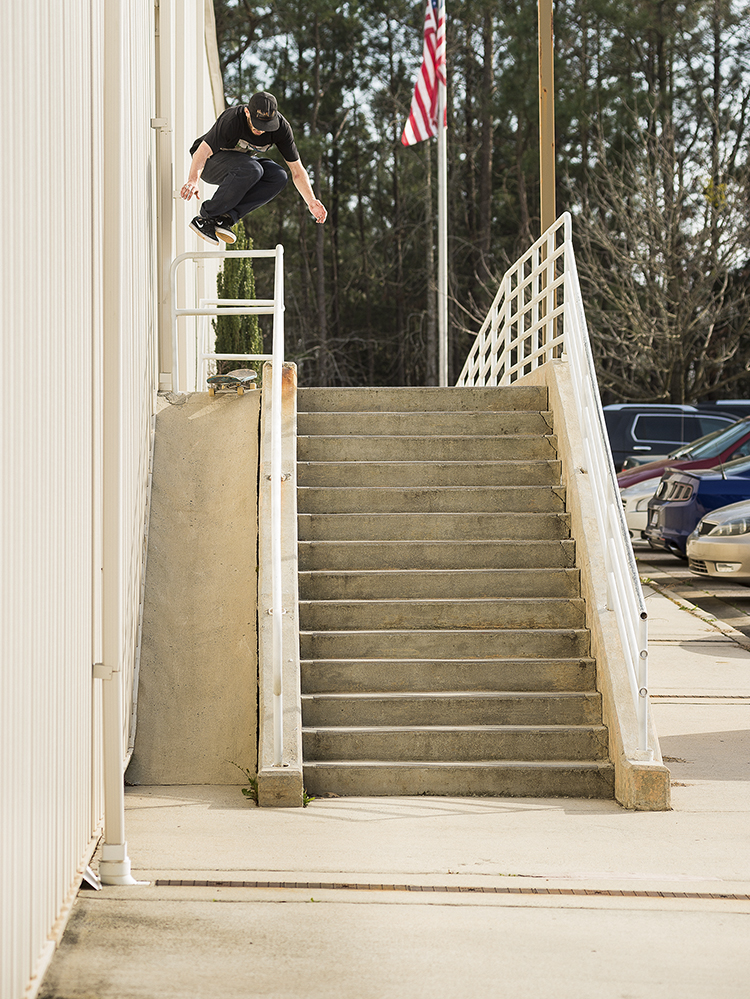 Of course the deadhead’s gonna do a hippie jump. Dylan hops the bar into a tight chute 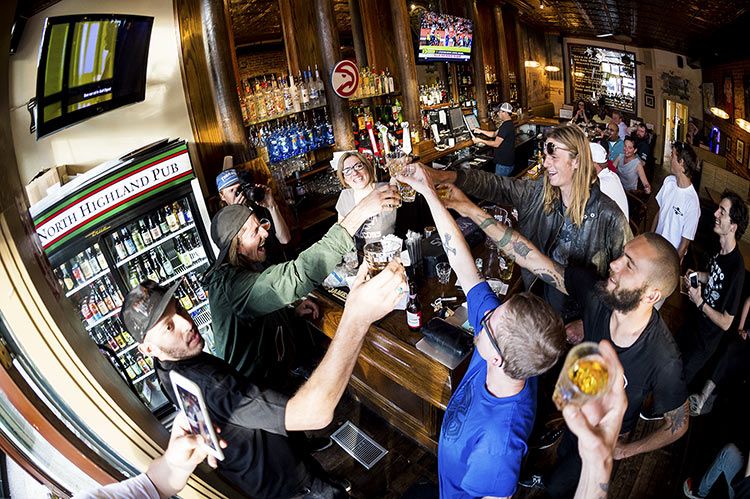 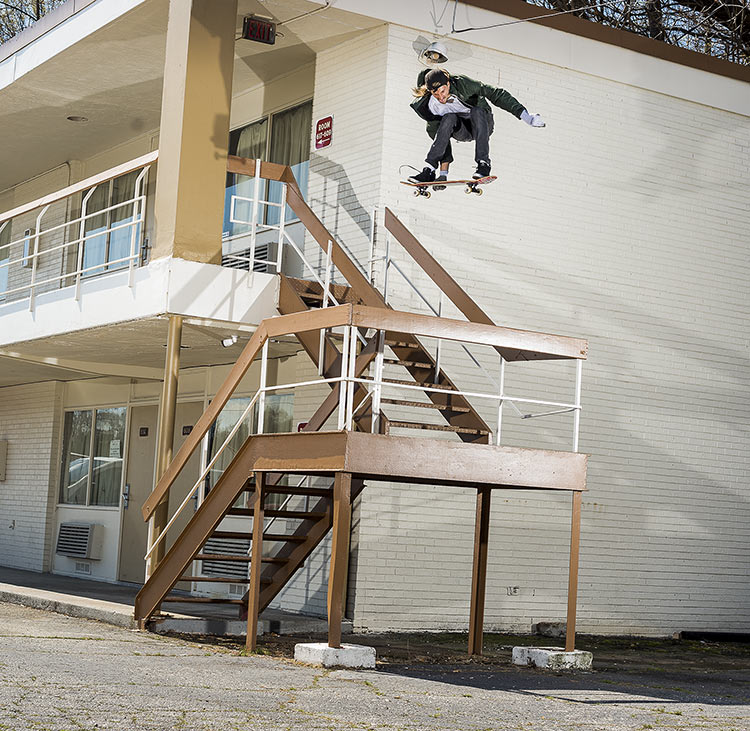 It’s always a blast to have Jaws on a trip because you know you’re gonna see him fly over some heavy real estate. No warm ups, no excuses, no problem—11am stalefish for breakfast. Over and out!

The last night of the trip was in Raleigh, NC, and it was a blur.  Margaritas (mixed by an actual bartender) were being poured down the crew’s necks, putting the final nail in the coffin of this amazing trip.  Why stop now? At the crack of dawn, Gavin Denike and I had to jump in the van and haul ass back to Tampa to return the vehicle while the team dudes struggled to get their asses out of bed and catch their flights.  We kept getting text messages and photos of the guys raging at the airport bar while we drove south. “When is this party going to end?” we asked each other. The answer is never. We’re just getting started!