Disclaimer: I do not claim to be photographer of any sorts, I don’t even remember what camera I owned to shoot most of these photographs. Michael Burnett asked me to share a few with you while he was away getting all Euro for the mag. Here we go… yes, some of these are just iPhone photos.. –Mike Sinclair 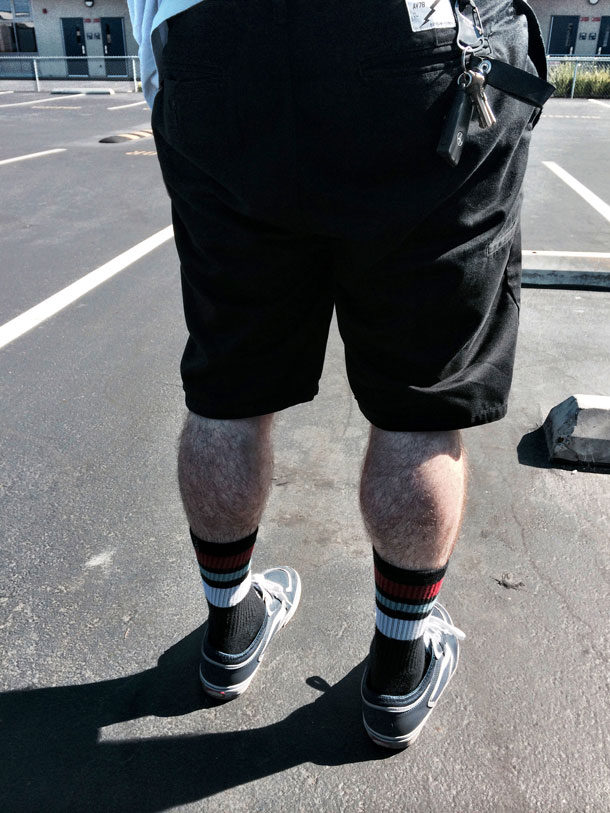 This first photo isn’t even mine. Leo Romero likes to send me Jlay updates.. .This photo has a thousands different meanings to Leo and I. Look at the size of those leg cannons! Get em Johnny! 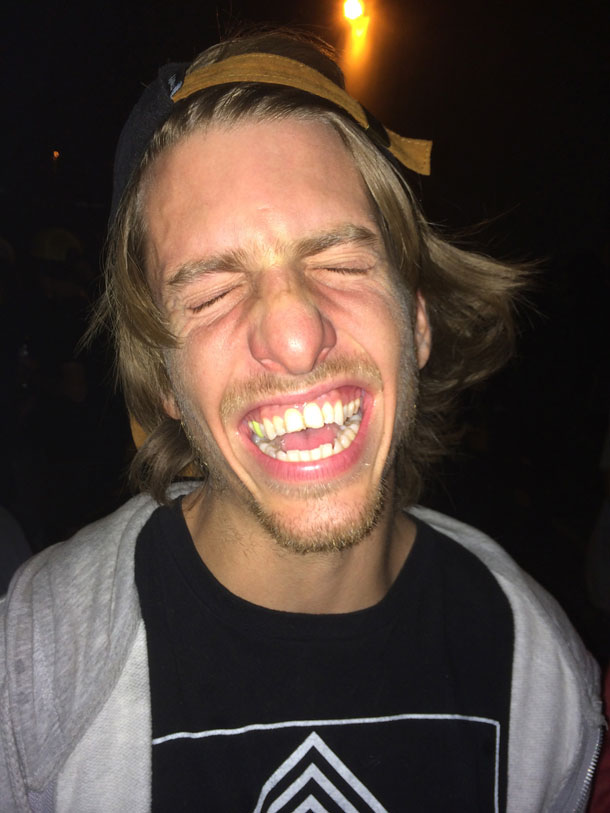 Aaron “Jaws” Homoki. One of the most epic humans to ever walk this earth. If you meet him you will love him. Aaron needed a cap on one of his back teeth so he asked if he could get a green cap. The dentists said nobody has ever asked for a green cap before.. Jaws always goes against the grain. 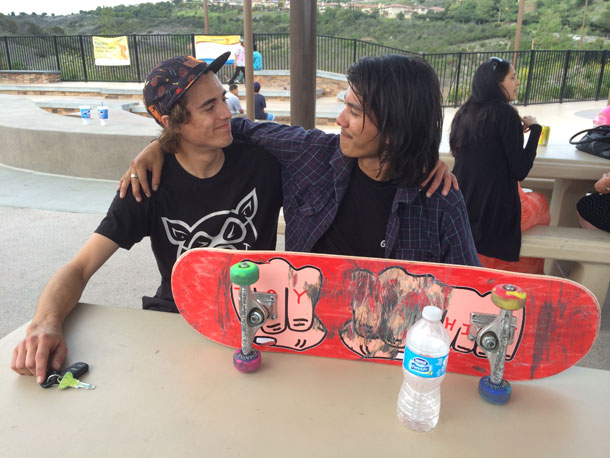 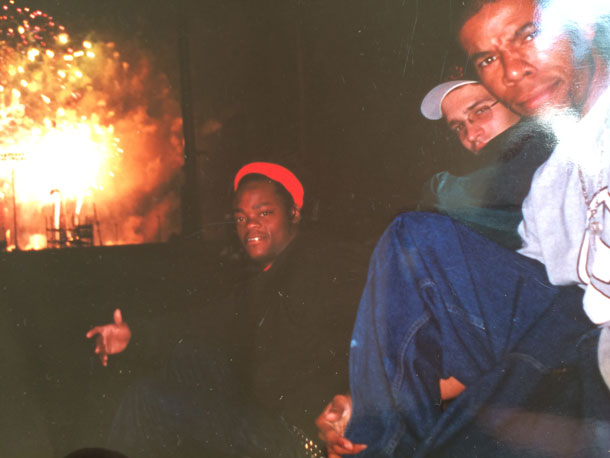 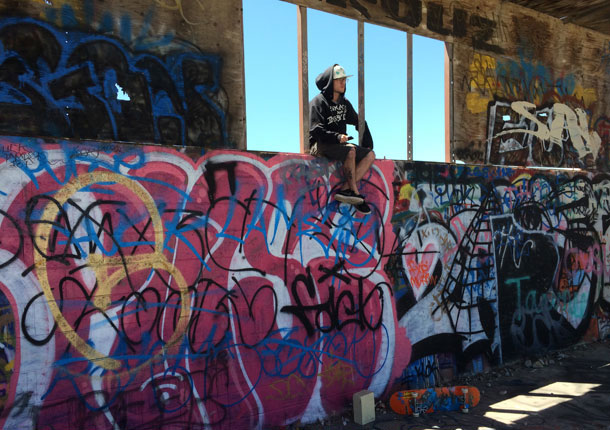 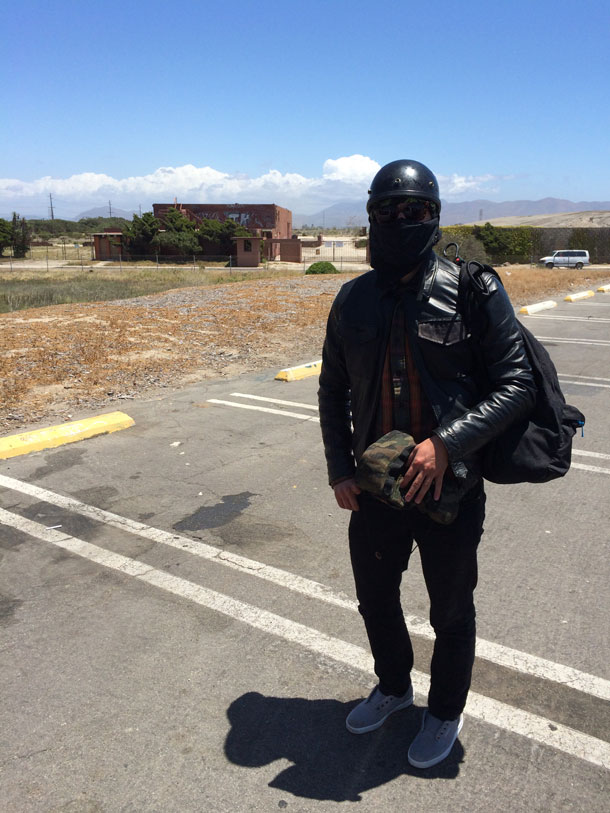 Leo Romero will always lead you to danger 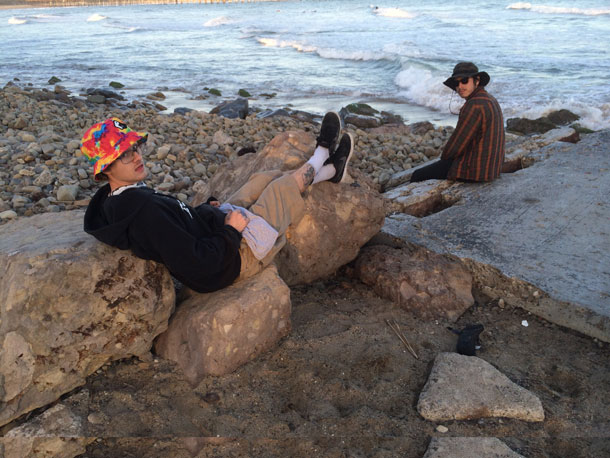 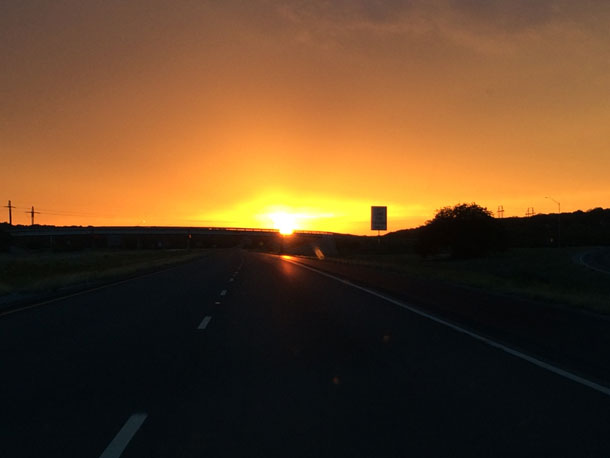 I’ve drive across country about five times a year. Here is a shitty sunset photo of my last drive across somewhere in Texas. 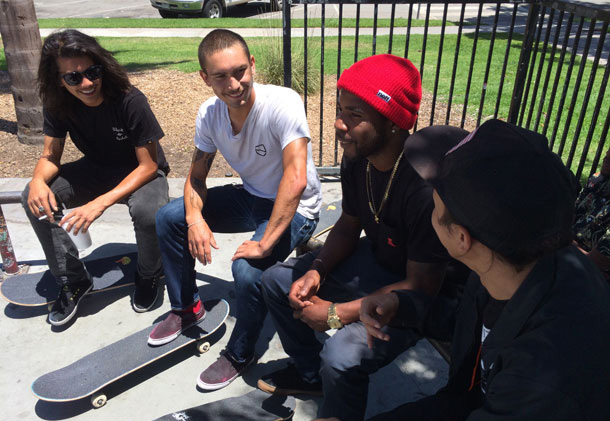 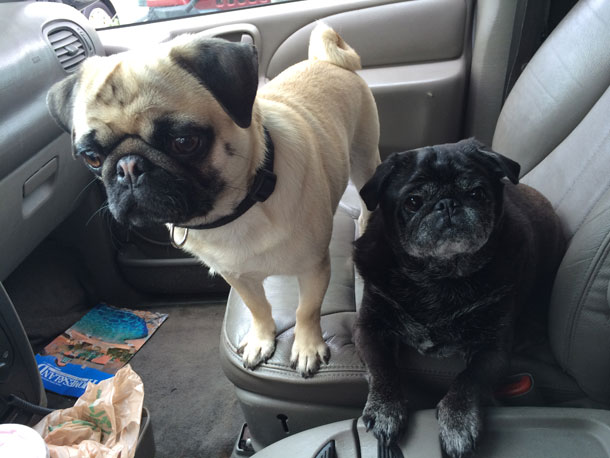 When I can I try to take the pugs out on tour with us. This is Milo and Lebowski sitting shotgun in the Tum Yeto van. 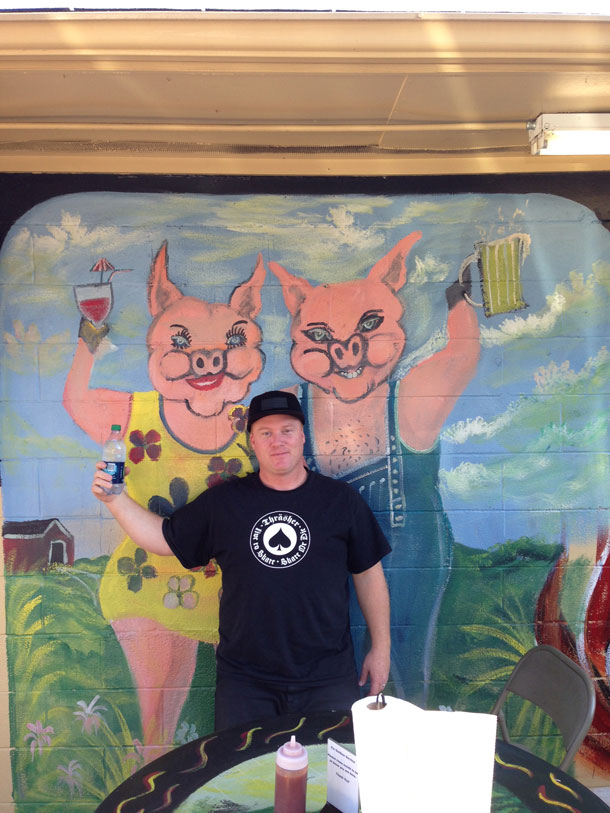 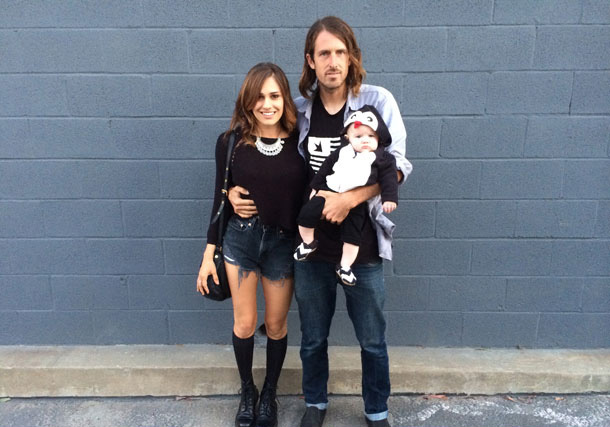 The Bennett’s…. The most beautiful family in all of Long Beach. Congrats Matt and Julia! 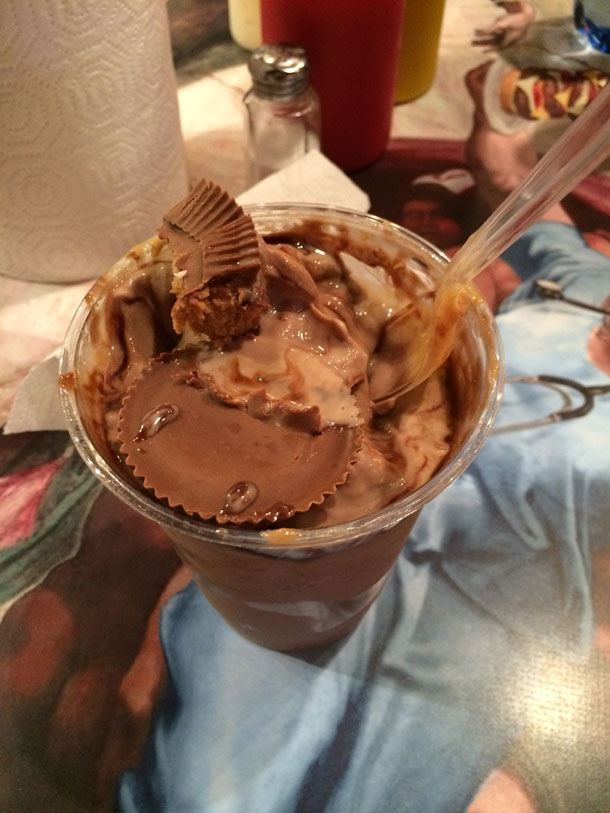 Treat Yo Self! Best milkshake I have ever had. Heart Attack Grill Las Vegas, NV 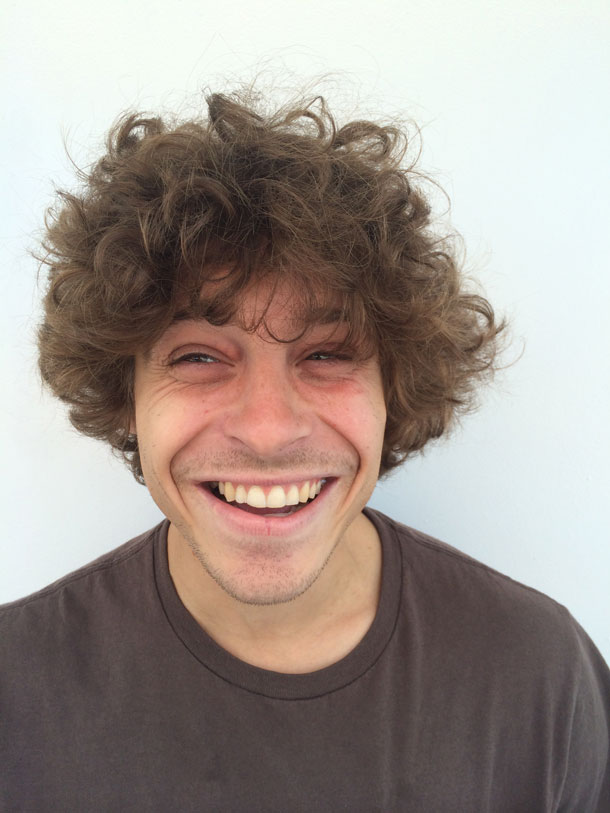 Nick Merlino is special. I could write a book about this lunatic. I just might. Love you Nick! Keep doing what you do. 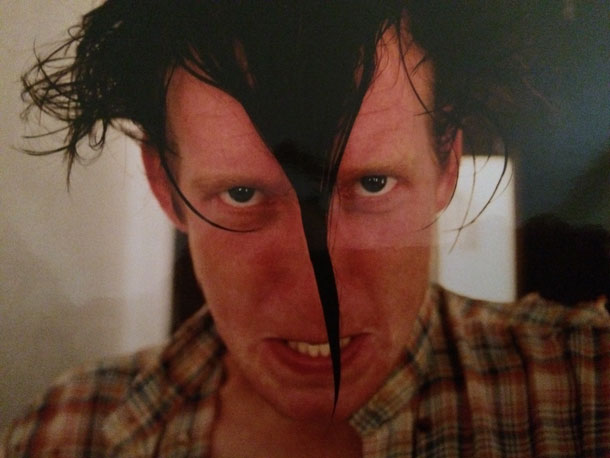 Pat Rakestraw is one of my all time favorite skateboarders. The first time I ever met him, he asked me if I could ollie this ten stair I was standing by. I was probably 20 and he was 10. I said yeah. He called me out and said do it. I replied.. nah  I don’t feel like it. He said "we’ll back up," and ollied it right in front of me. Shitty first impression from one of the best dudes in the world. Miss you Rake. 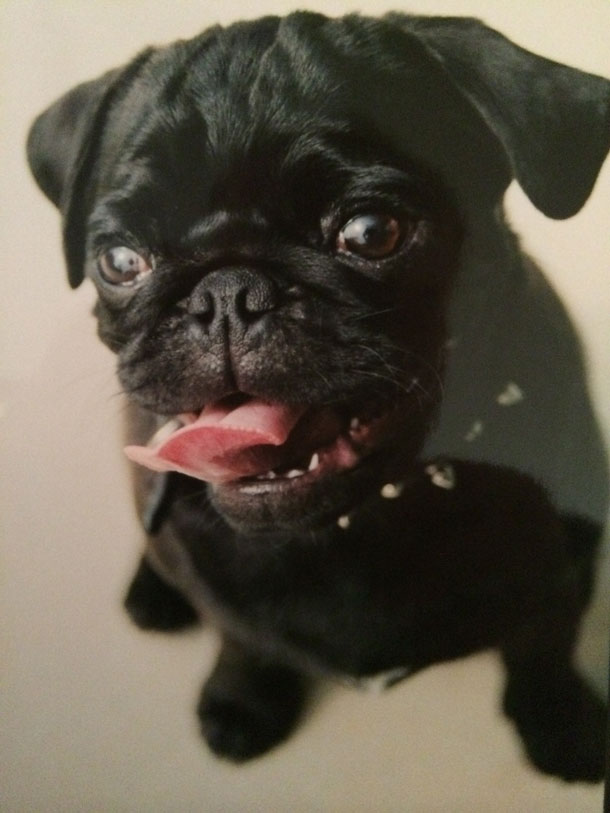 In my opinion this is one of the best photos I have ever taken. Lebowski when he was just a puppy 2003 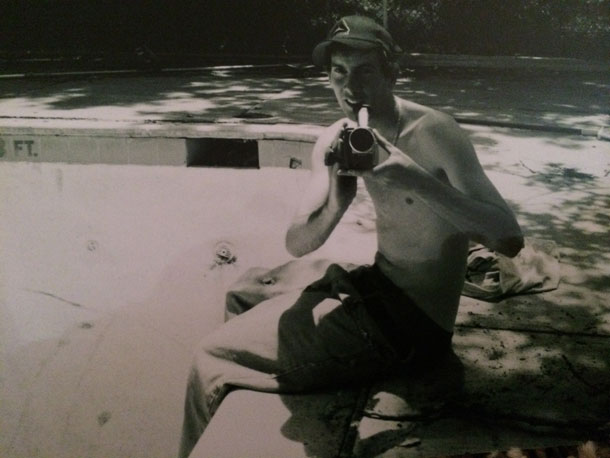 Matt Milligan and I have spent years making fun of each other. Matt is one of the funniest dudes around. This is Milligan trying to film for 411 with a loaner camera. He would split the profits with whoever owned the camera. Matt is always on the hustle. Fort Myers, FL  '90s 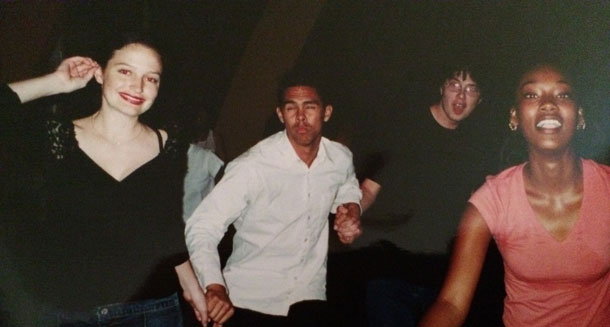 If you know the ex boardslide champion of the world “Dan The Man Rogers” you will know he has always been a playboy and he is always in better shape than you and he is better at most everything than you. Here is a shot of “The Man” at a roller rink. Just look at this son of a bitch. I love you Dan! 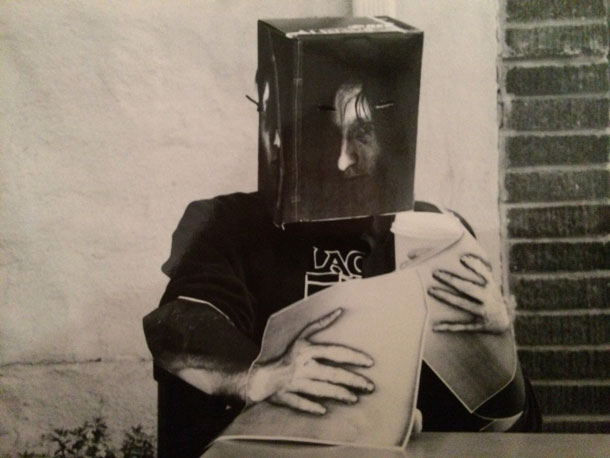 Pat Rakestraw Halloween 2001 Pat was broke and went out that night as Fax Rakestraw. One of the best costumes I’ve ever seen. 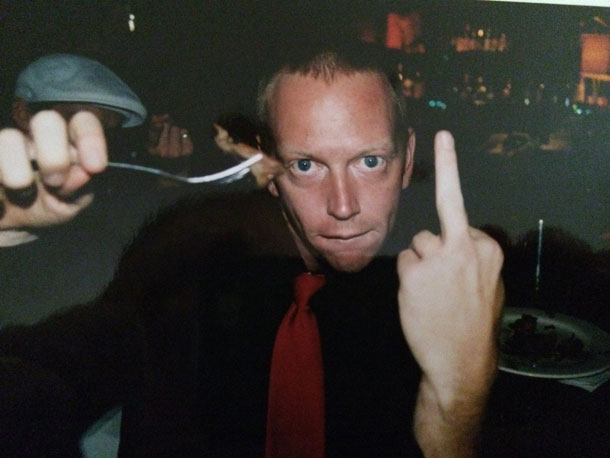 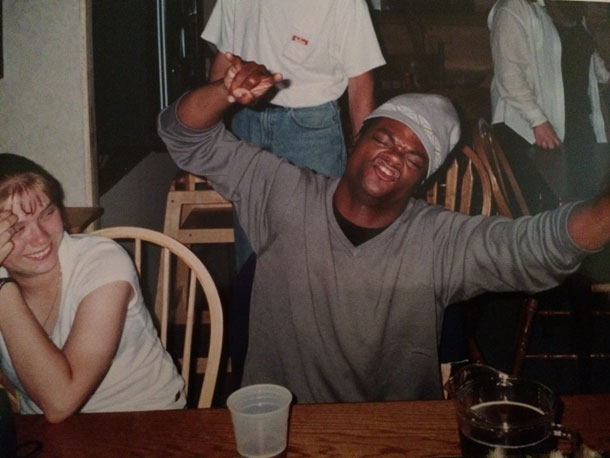 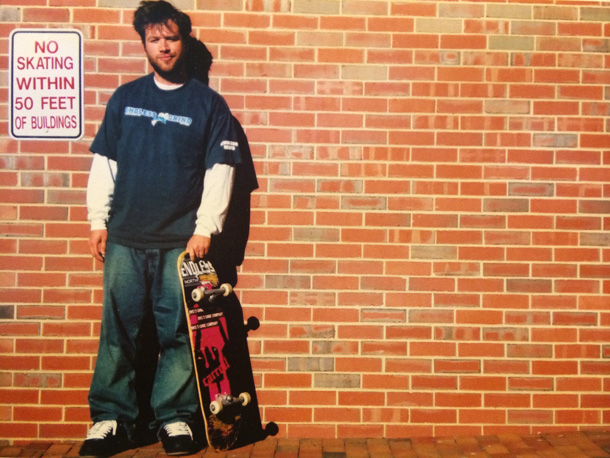 The one and only Bob Reynolds….Bob skates more than the pro’s that I manage He’s soon to be 40 and still gets it in every single day and films non stop. I’m jealous of his schedule and ability to make it all happen. Little known facts about Bob is that Bob can’t sit still, he has to be doing something at all times. If he’s driving he wiggles his legs back and forth for hours on end. Bob is guaranteed to make you laugh, Bob will always rush you and is in a hurry for no reason, Bob will also try to control your environment. If you are hot he rolls the windows up and turn the fan on not the ac. If you want music on he turns on Sports Radio. If you want to skate a ramp he will take you to a ledge. If you want pizza he’s buying Chic Fila If you ask him to pick you up a Green Gatorade he brings you the Red Powerade. I’ve spent a lot of time with Bob so maybe he just does all this shit to me. Best dude to talk shit with and best dude to skate with. Bob Reynolds is half man half amazing. 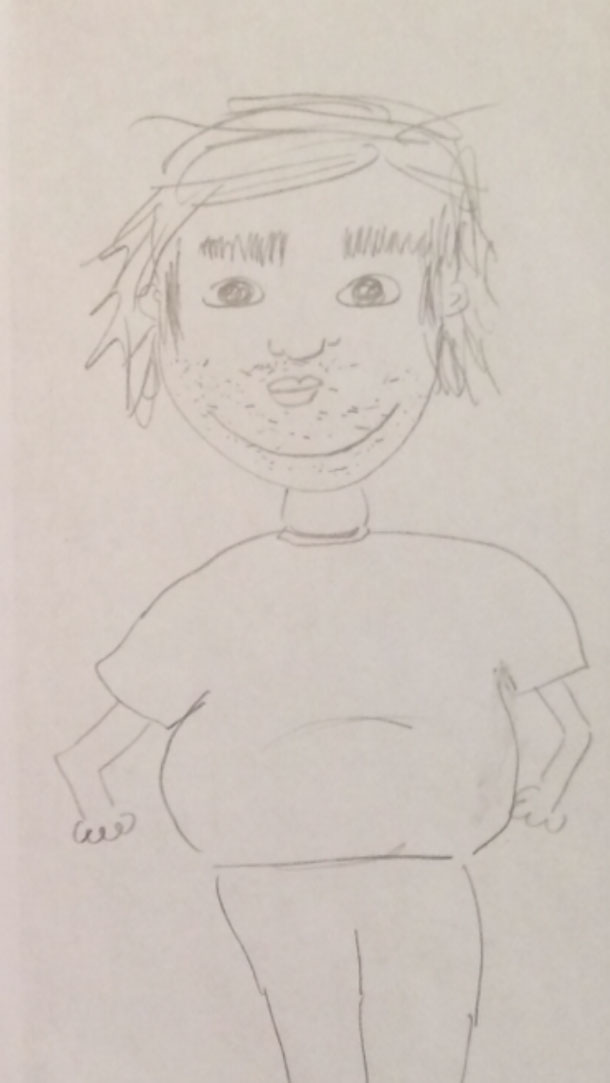