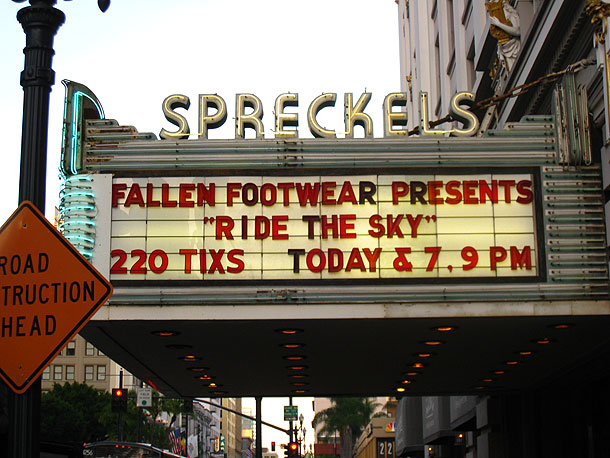 I went down to San Diego for the big Fallen premiere, and hooked up with some bro's to see this long-awaited masterpiece from the Jamie Thomas camp. I ran into Rhino, and instantly awarded him with tour guide status. We started the pre-party in the comforts of Sally V's top room suite at the Hard Rock, and then stumbled our way over to Spreckels to see the video. 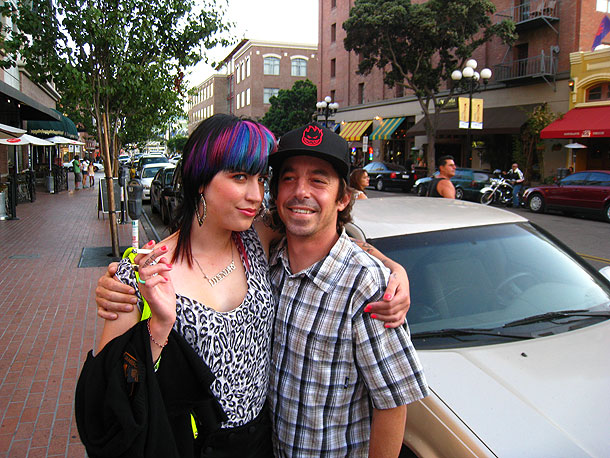 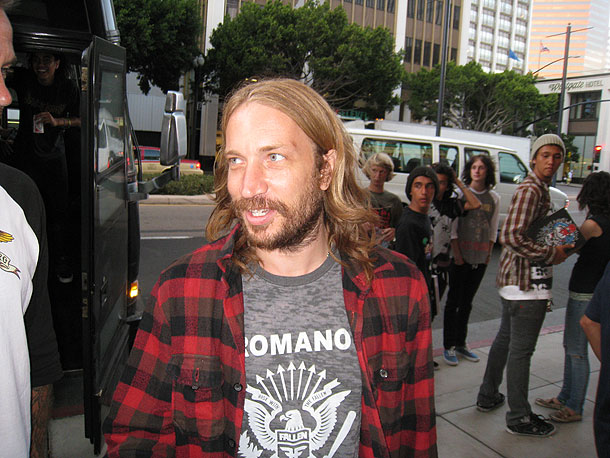 Greeted out front by Jamie Thomas. 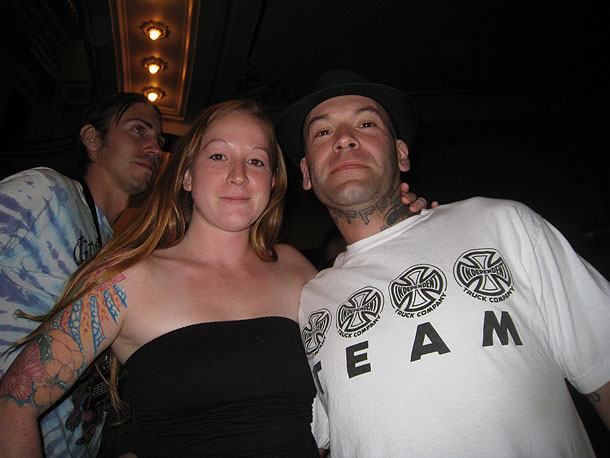 Inside, Neil Heddings and his special lady friend, Beth. 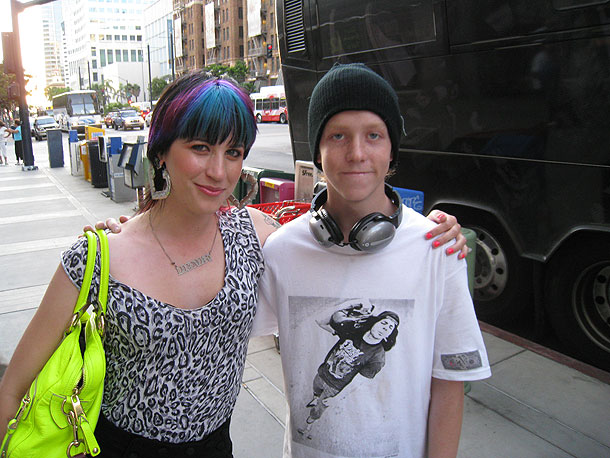 Making dreams come true—Malinas from our messageboard meets his fantasy. 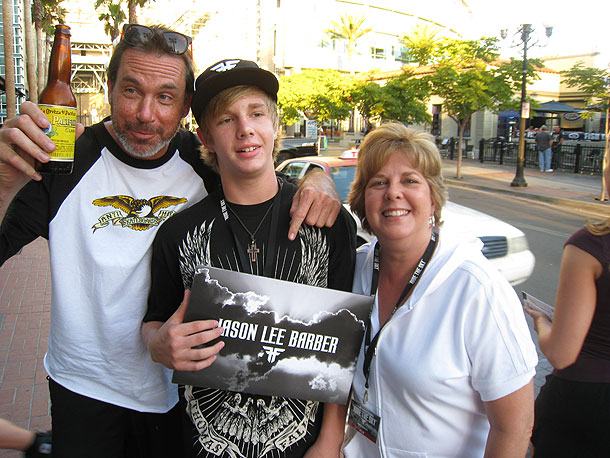 We ran into Jason Lee Barber, who won the free trip to San Diego for the event along with a Jackson guitar. Here's a little interview with him:

Were you named after the famous skater gone actor?
Ha, I wish.

Gettin' to pick out some shoes in the warehouse.

Where are you from?
Dallas, TX—DFW! 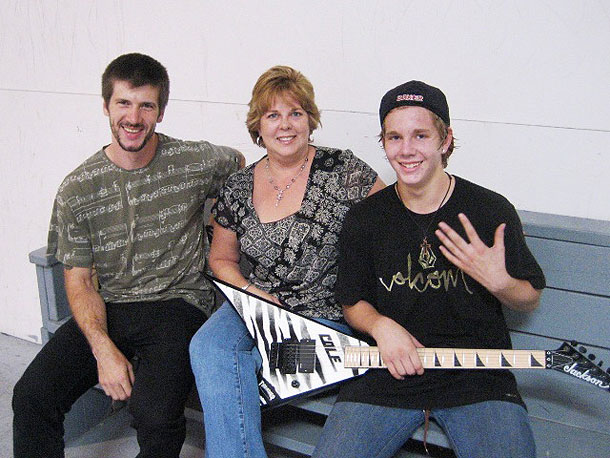 Chris Cole stopped by to greet Jason and his mom and hand off the Jackson guitar.

Do you play guitar?
Yes, for about a year.

Who do you think had the best part?
I don't know. Everybody was amazing, but either Billy Marks, Chris Cole, or Jamie Thomas for sure. 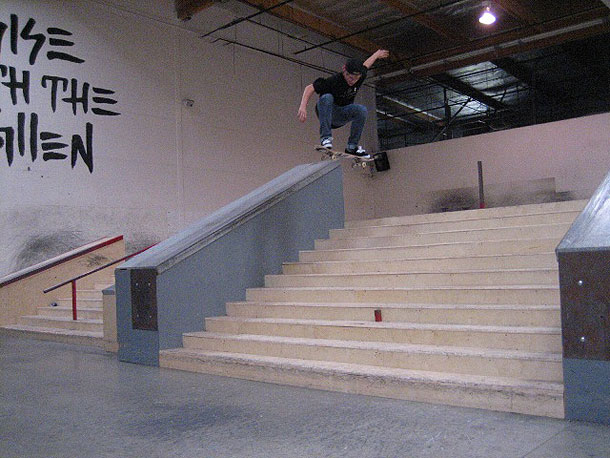 What was the best part of your trip to the premiere?
Skating the TF.

After the video was over, it was straight to Star Bar for the after-party where Rhino and I took down a bunch of brews and handled some photos. 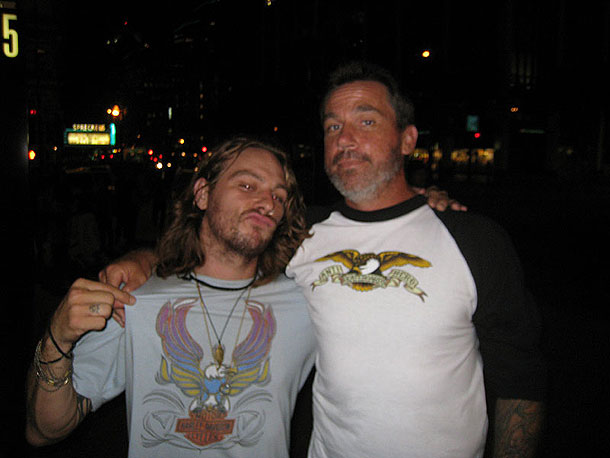 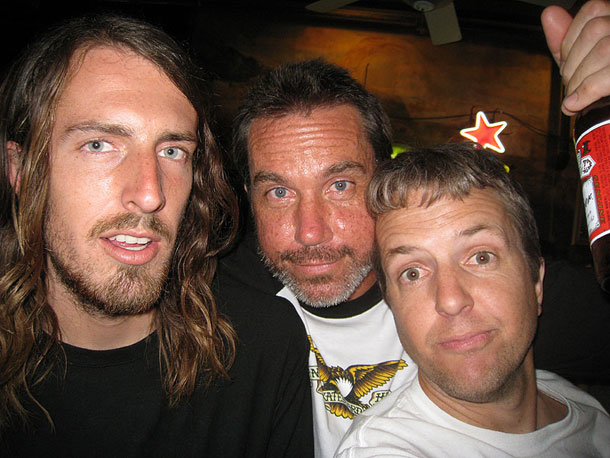 Rhino and I mugged it up with Matt Bennett. 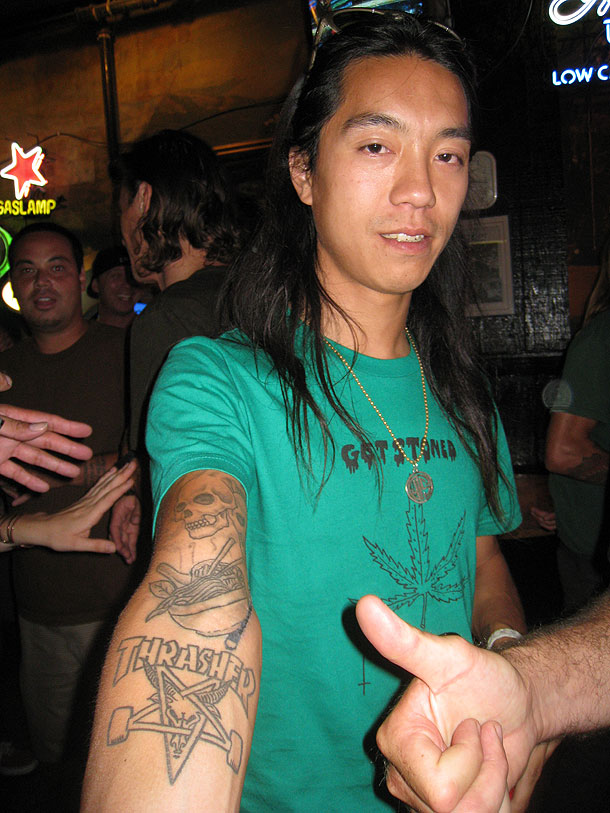 Nuge is obviously down for life. 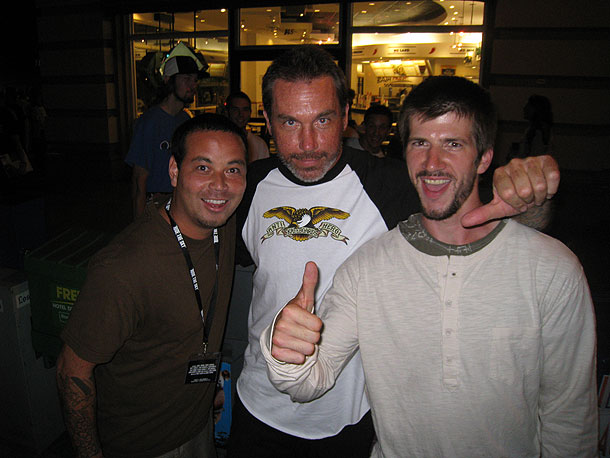 The Gav with Rhino, and the man of the hour, Chris Cole. 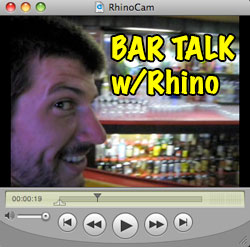 Rhino stumbles into Chris Cole at the bar.