This past Thursday, at their store in Hermosa Beach, Globe premiered their new tour video, Good Luck in Lisbon, documenting their recent trip to Portugal. With pizza, beer and a photo show of Alex Papke's prints (from the article in the March issue of the mag!), the night was filled with good vibes and amazing shredding. Don't miss this one when it hits the site! —Ben Karpinski 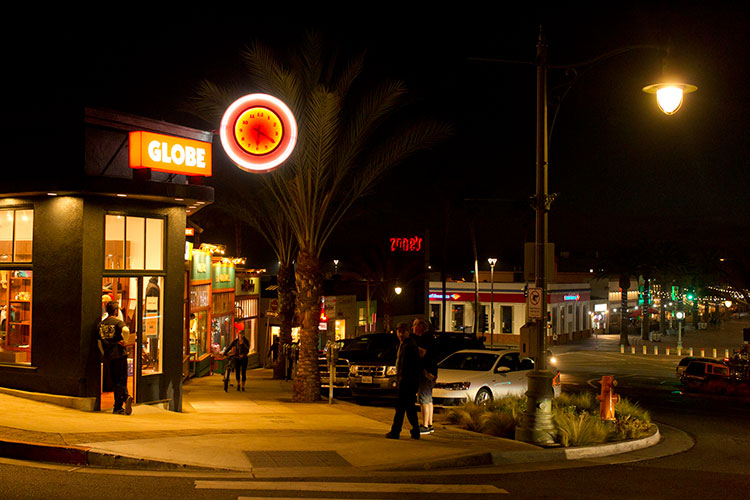 Showed up early to Pier Avenue. Gotta get a good seat! 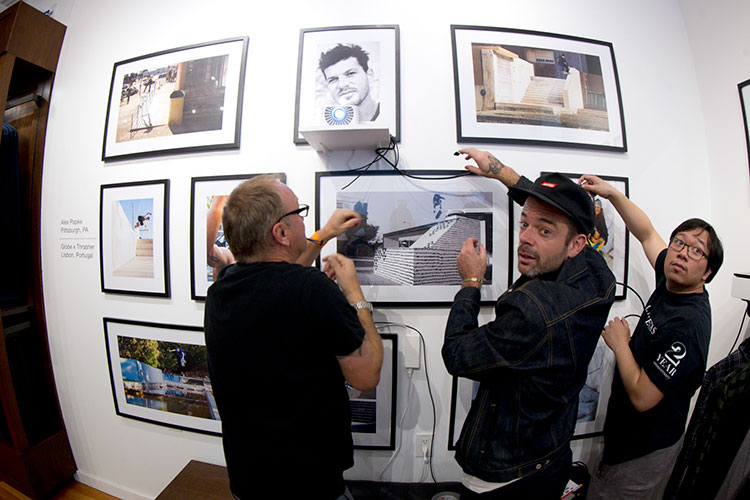 Herb from Globe adding the finishing touches to the photo wall 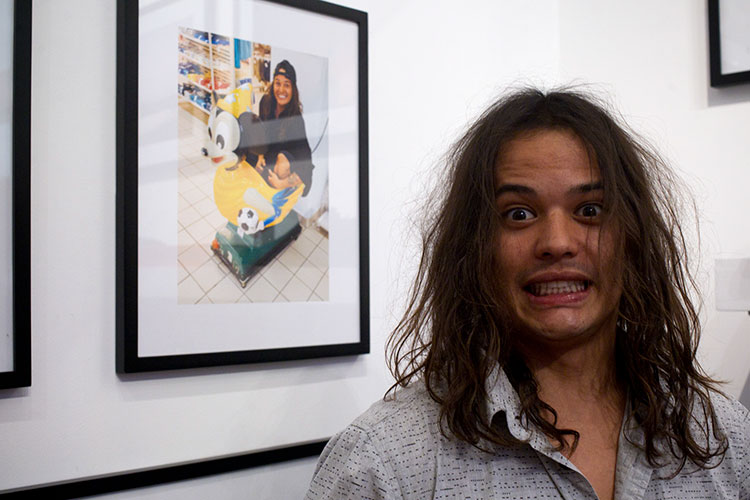 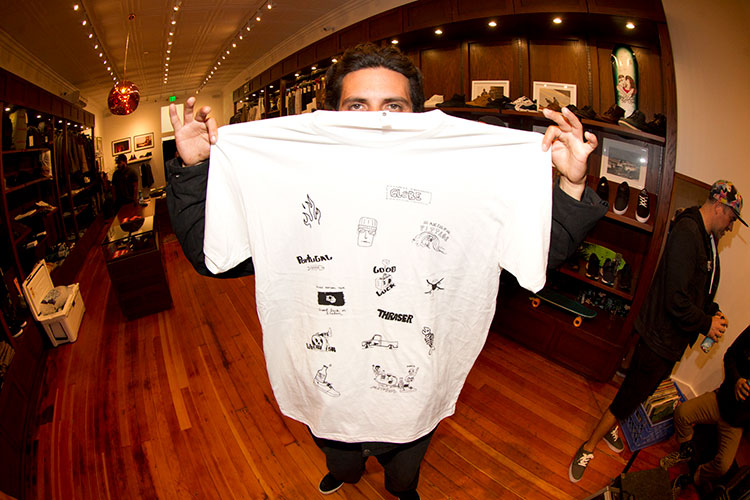 Sammy Montano holding up the shirt he and Appleyard made for the night, which were free at the door 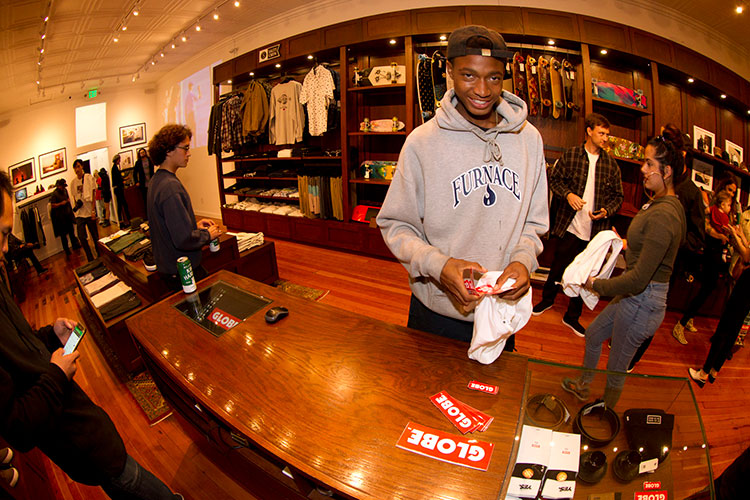 Grab some stickers, too 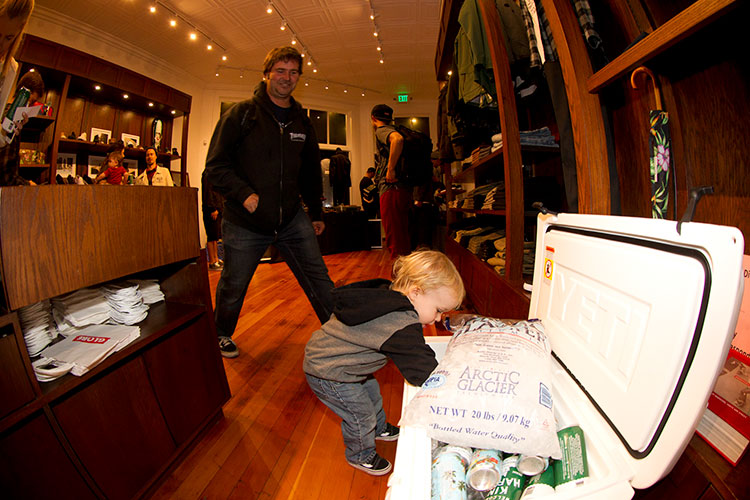 Hammekes always knows the coldest ones are at the bottom 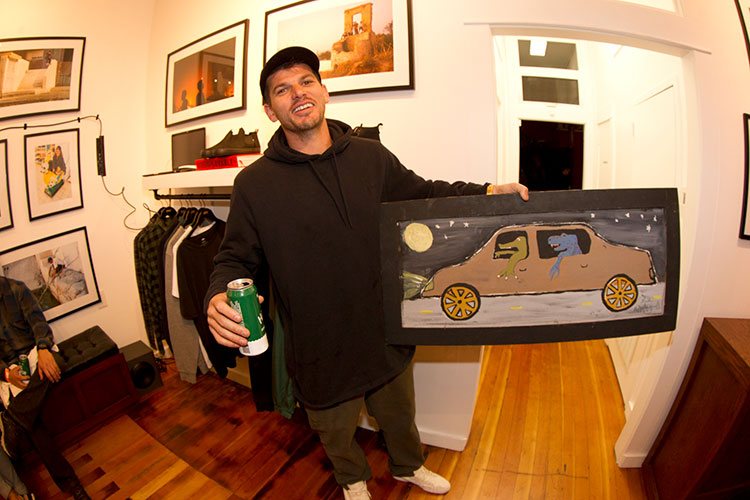 Mark brought his own painting to add to the show 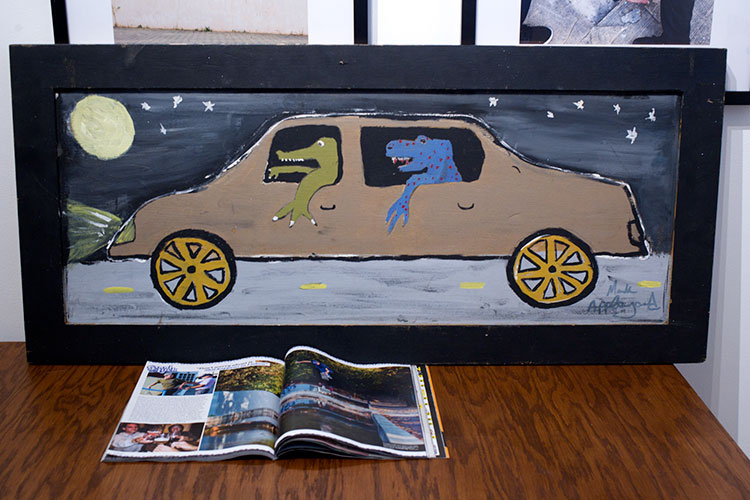 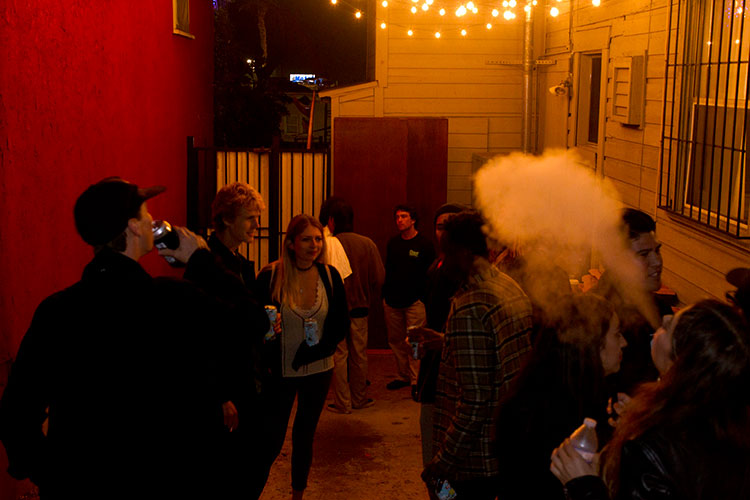 Found the party out back. It was through the vape cloud 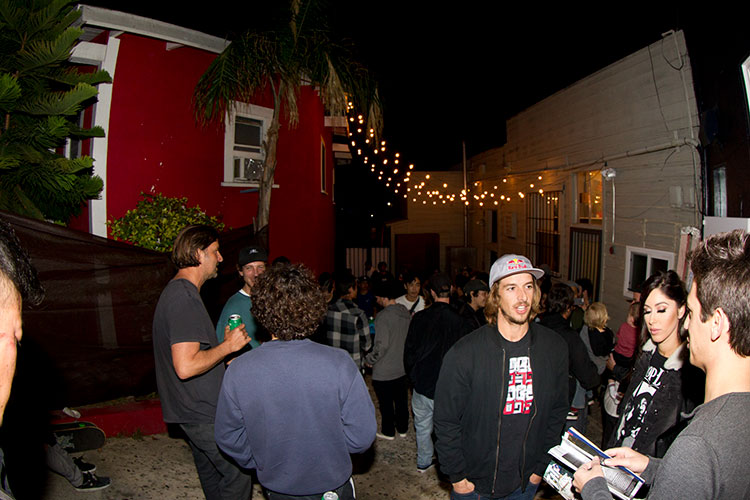 “Dude! You guys crushed it out there!” —Everybody 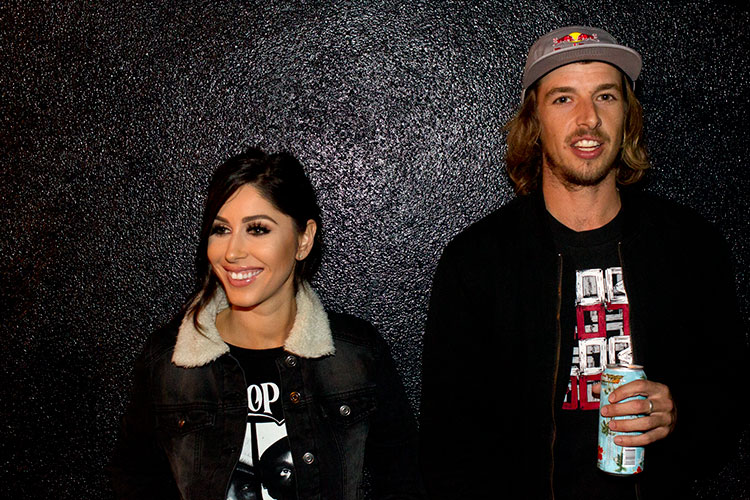 Ryan Decenzo and his lady 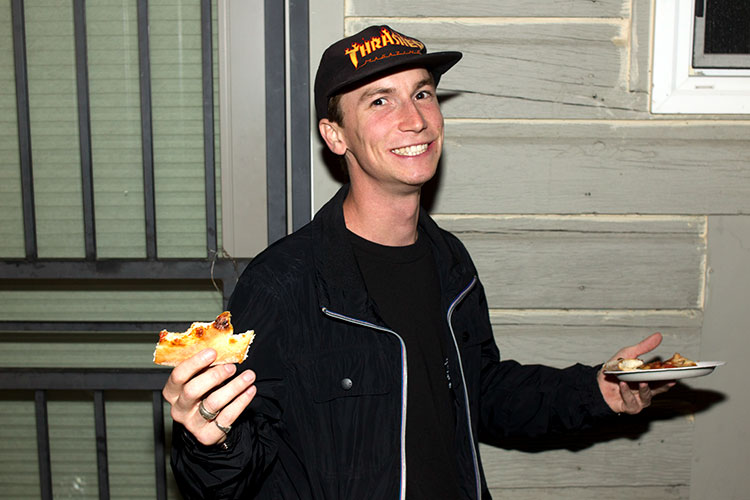 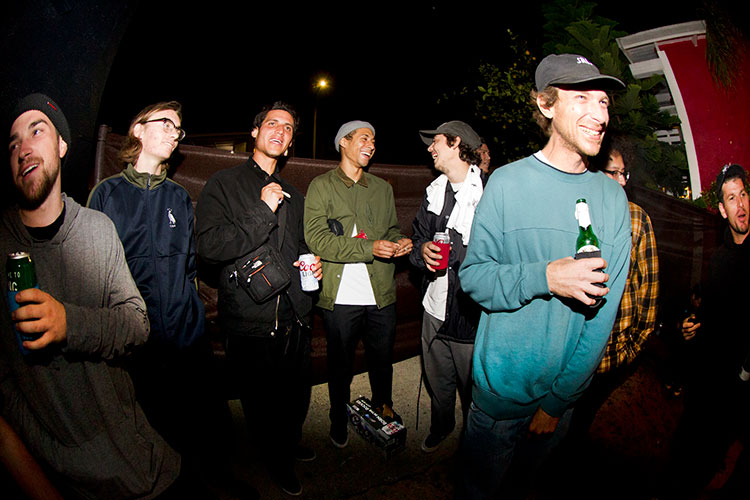 Aaron Brown and all the Peak Park homies 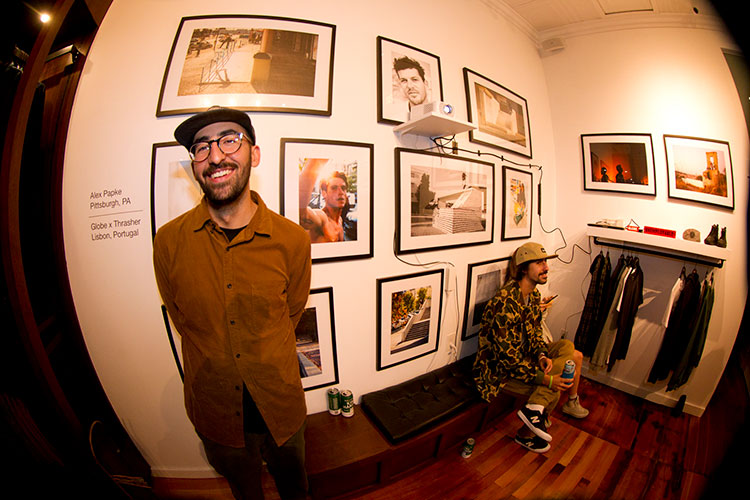 Alex Papke in front of his wall of prints 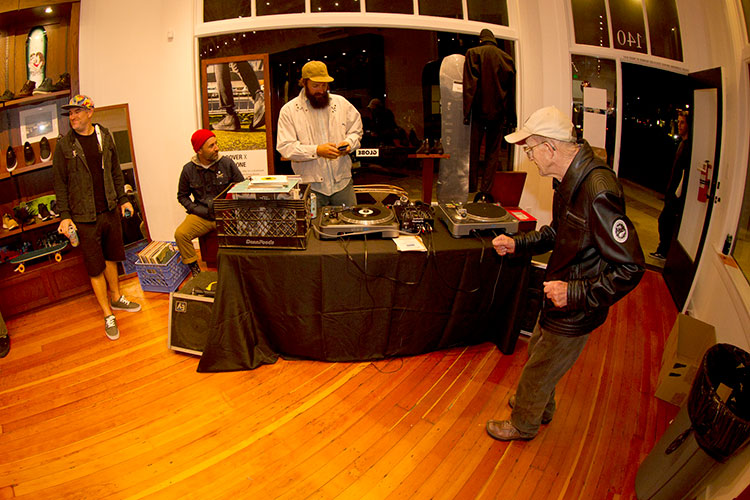 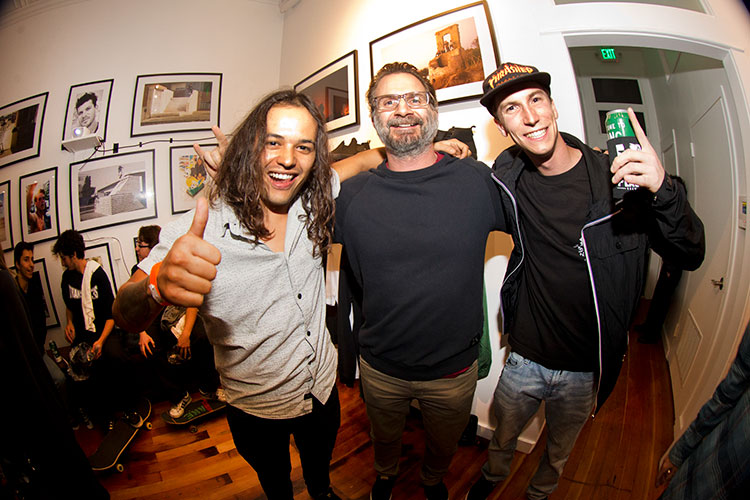 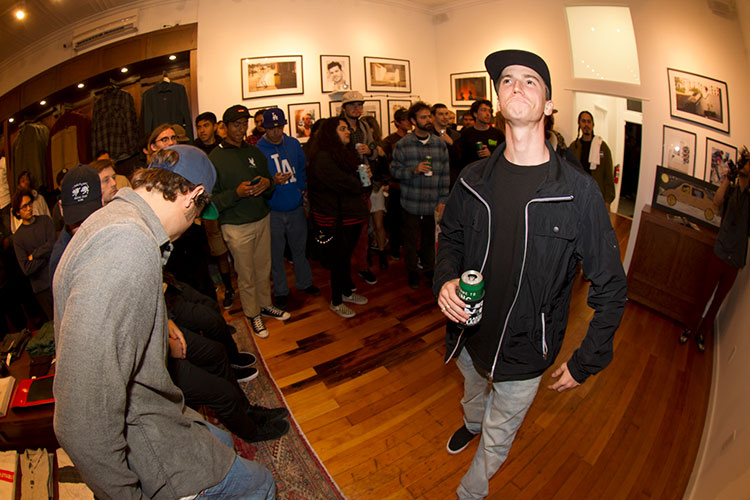 Paul Hart wrangling everyone inside for the vid 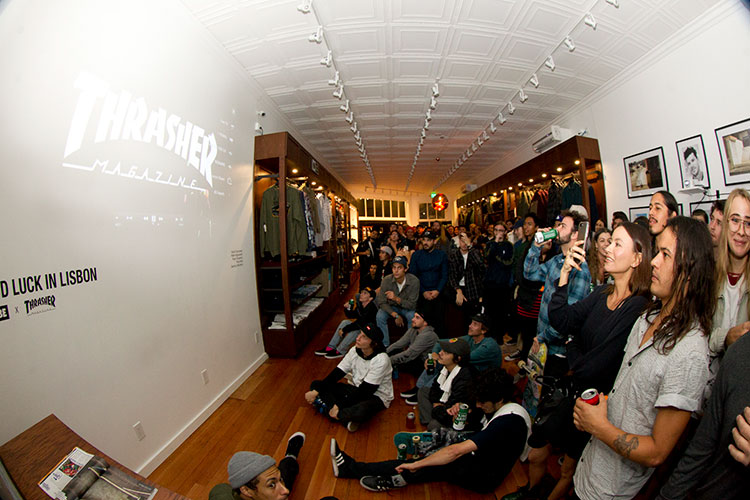 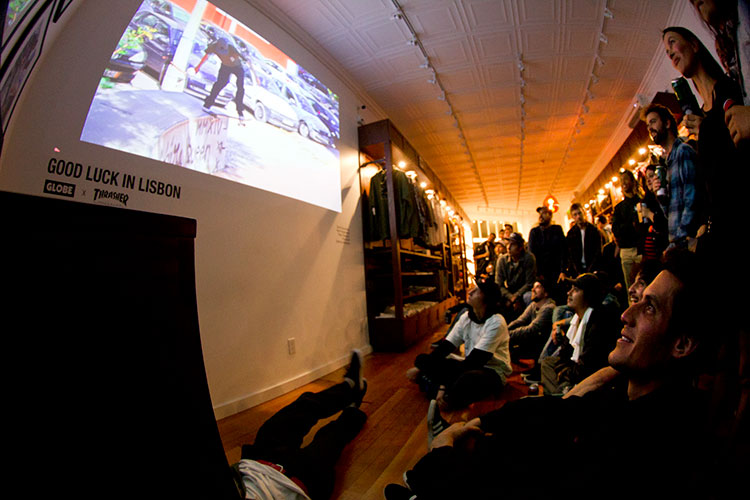 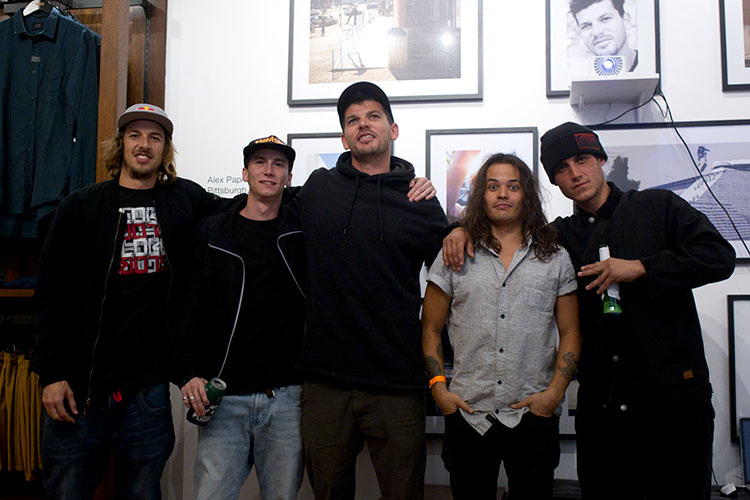 Hell of a video, guys! Tune in to the Thrasher site next week to check it