Globe opened its doors Friday night to host the first annual Snake Sessions mini-ramp contest, inviting skate shops from around the area to compete for the $1,000 cash prize and bragging rights. With heavy competition from Boarders, Active, Transitions, Spyder, ET Surf and Identity Boardshop, you knew a heavy night was in store for the ramp. —Papke 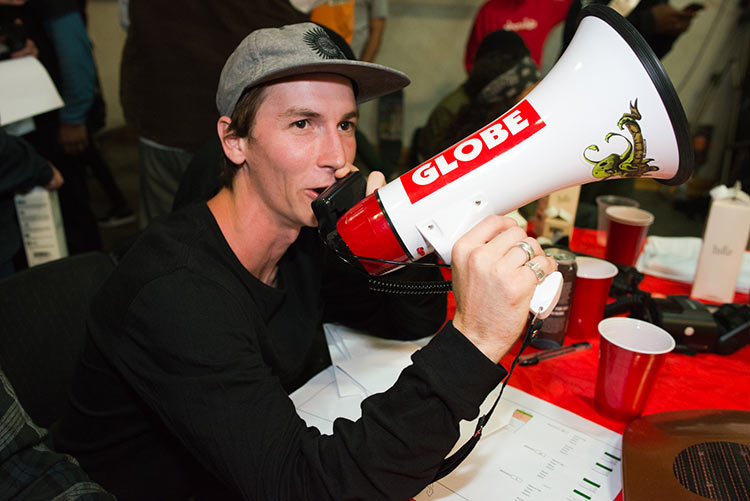 Hype man and judge for the evening, Paul Hart, firing up the crowd 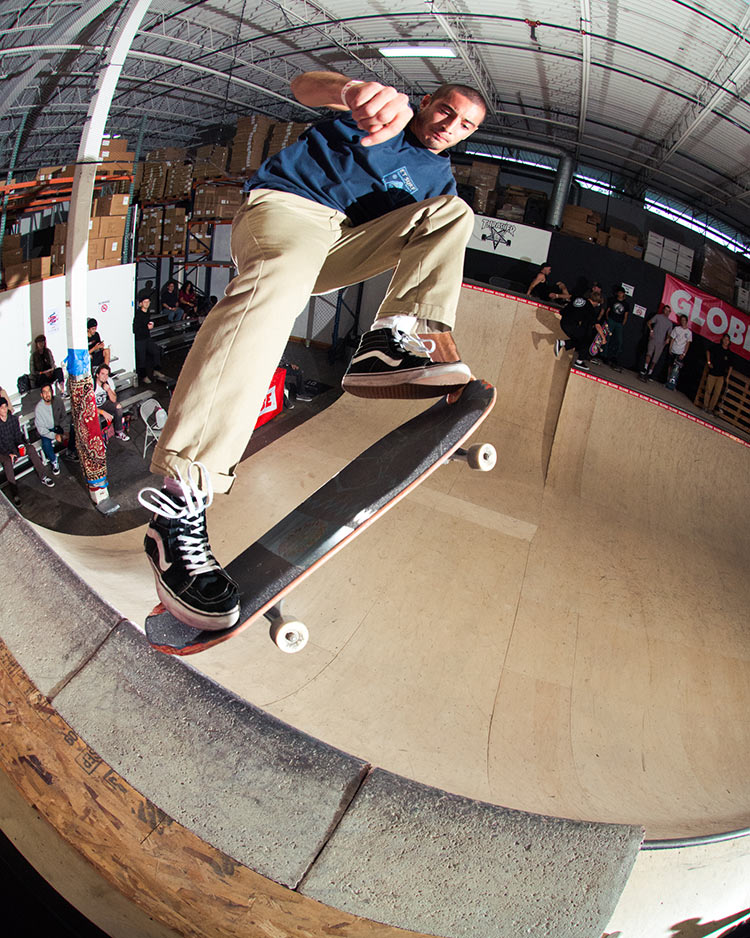 Bryan Torrellas starting it up for ET Surf 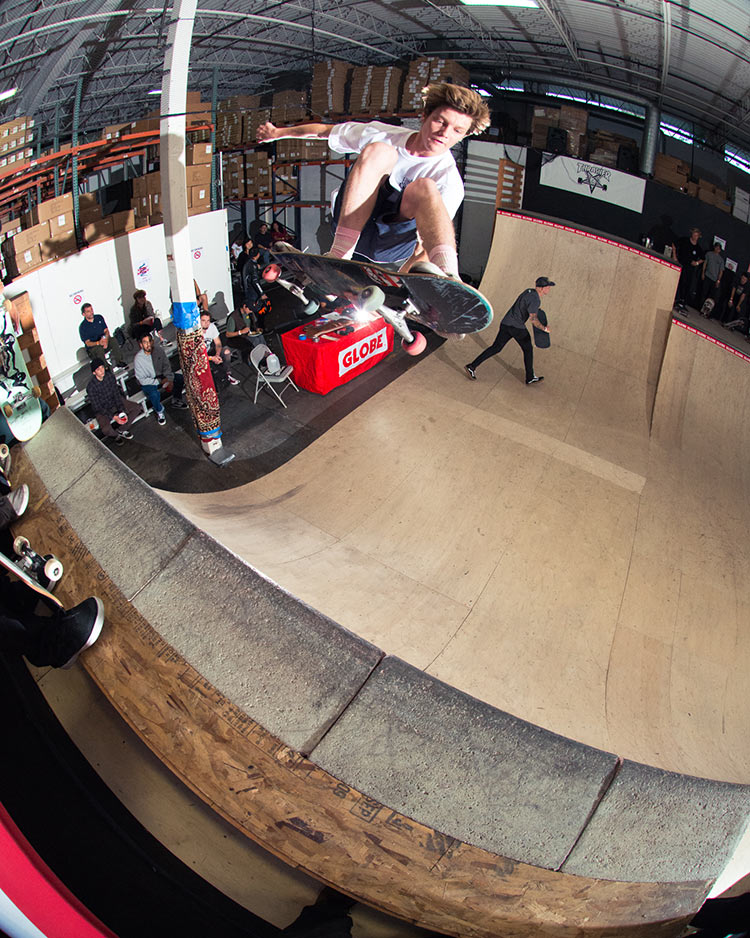 Sean Pierre getting up there during the first heat 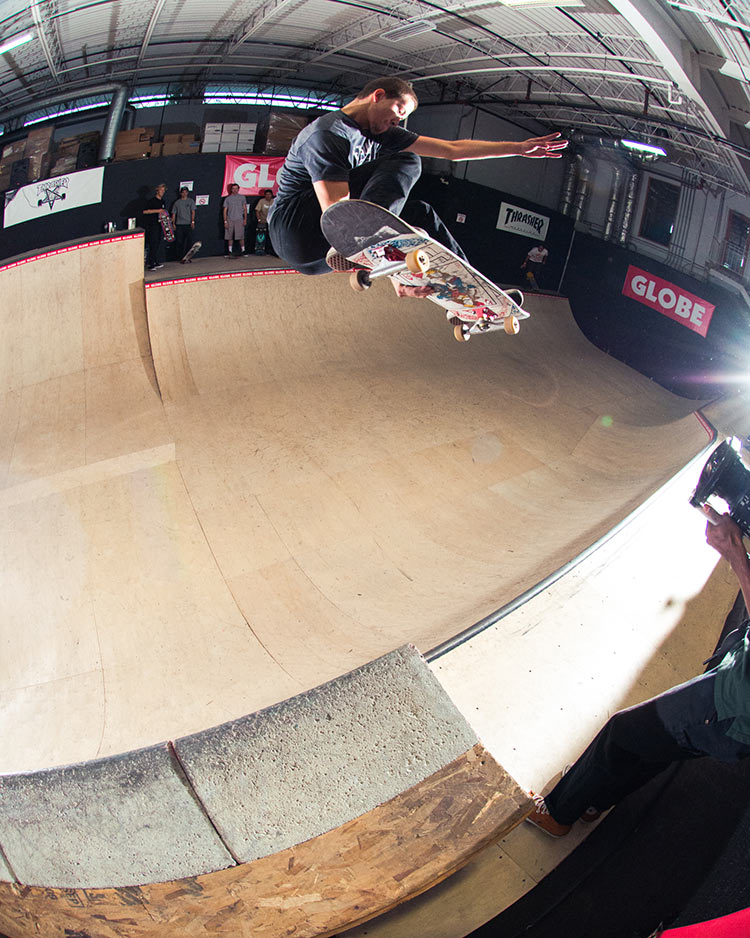 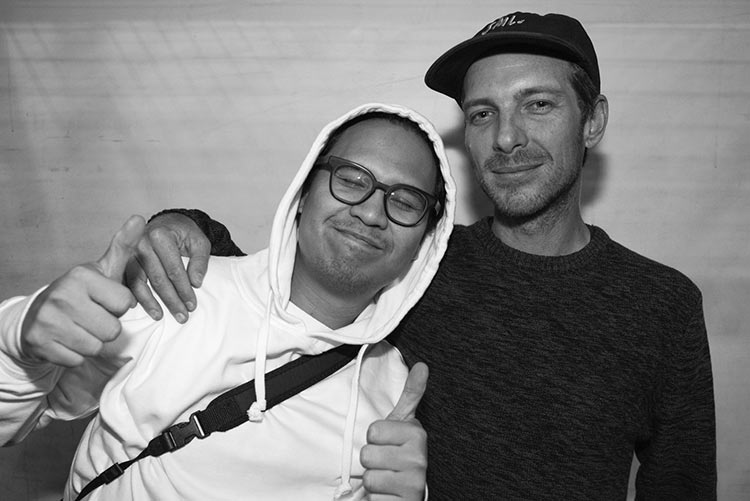 And who do we have here?! Active’s Morgnar and Globe TM Aaron Brown 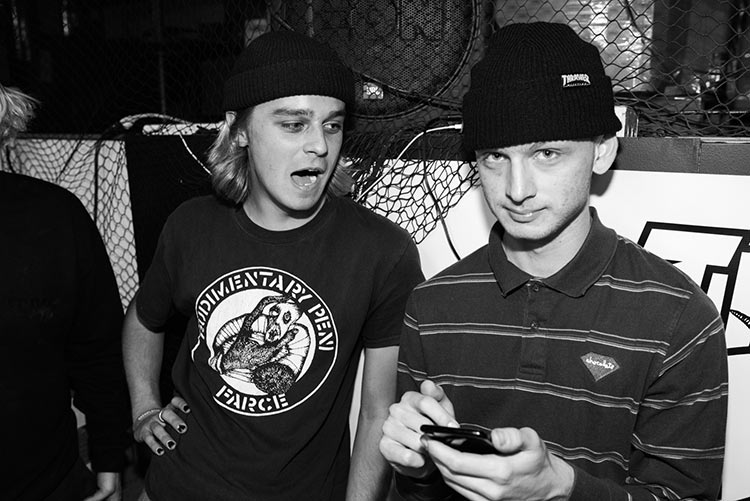 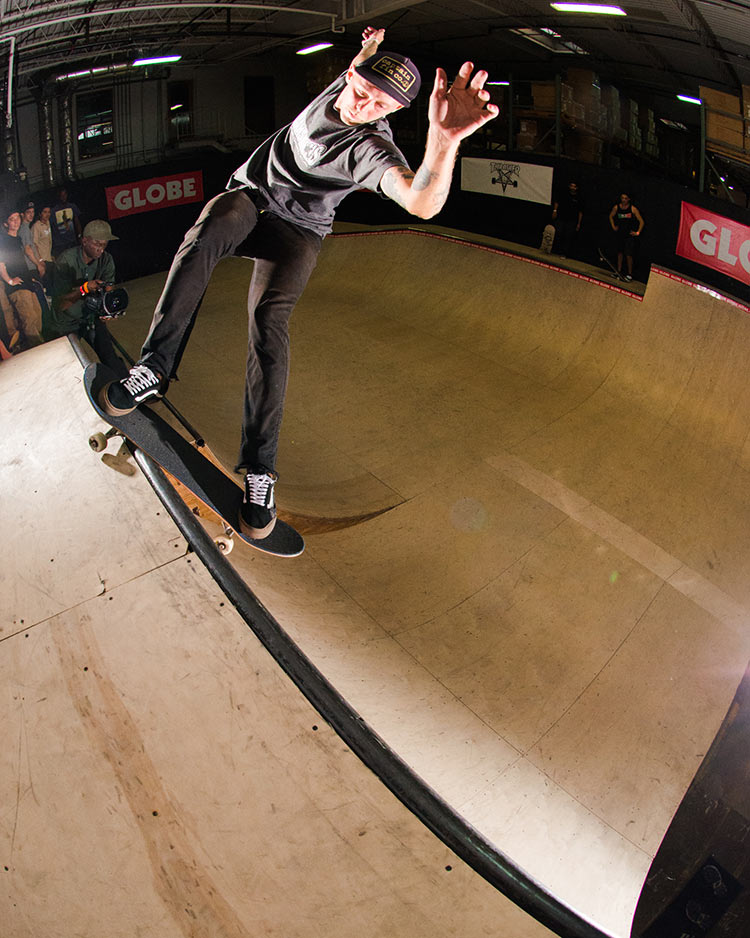 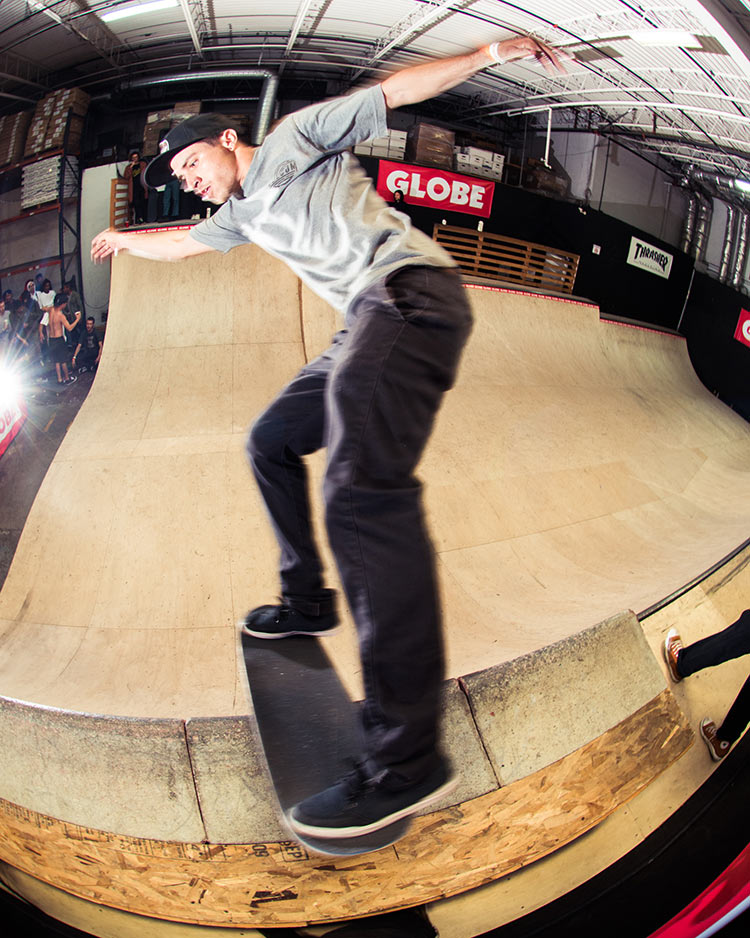 Prelims started winding down but the skating didn’t slow down a bit. High speed lipper from bottom to top 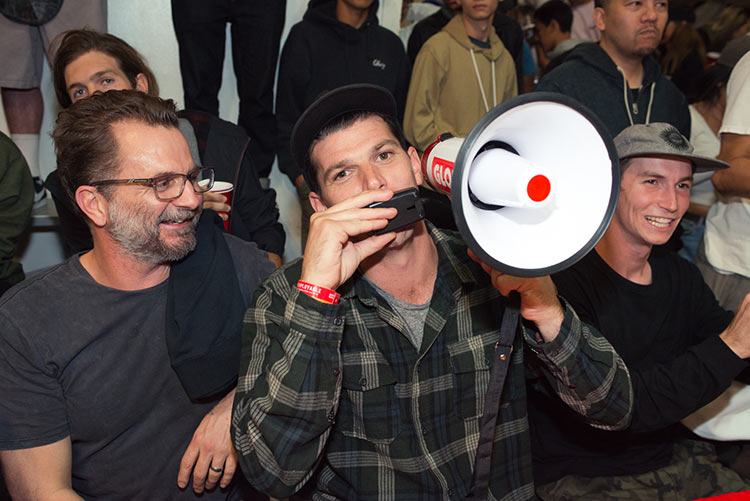 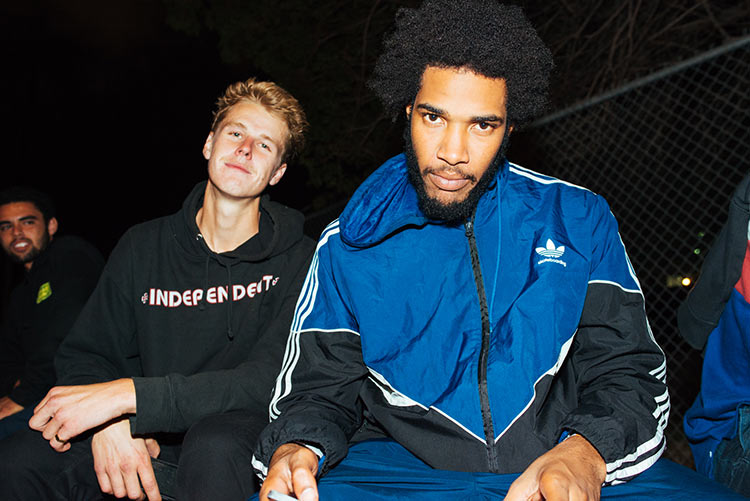 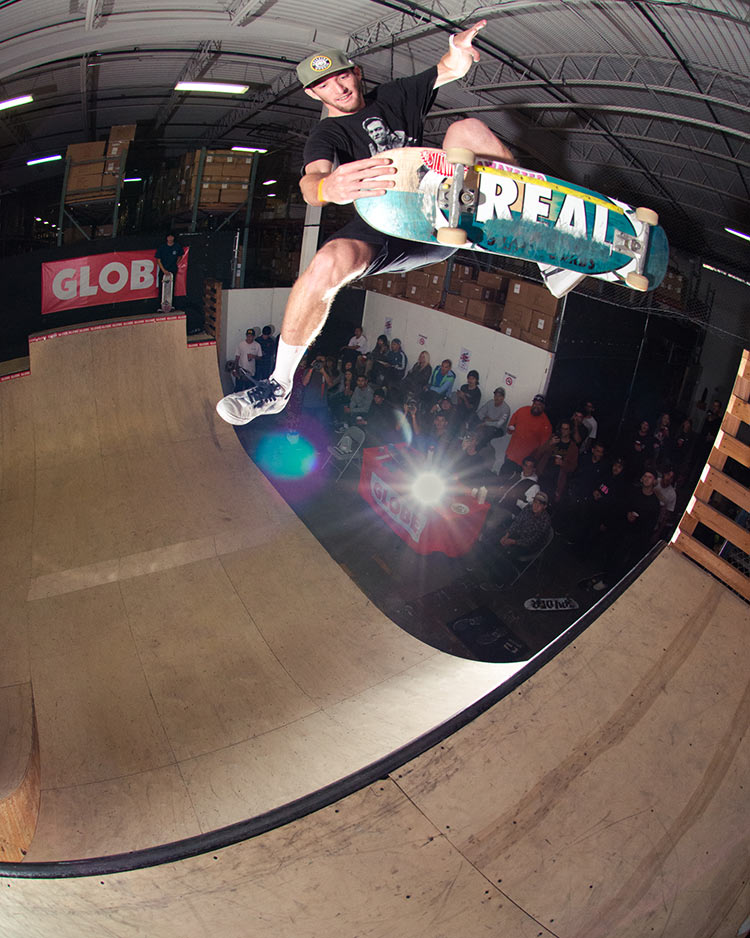 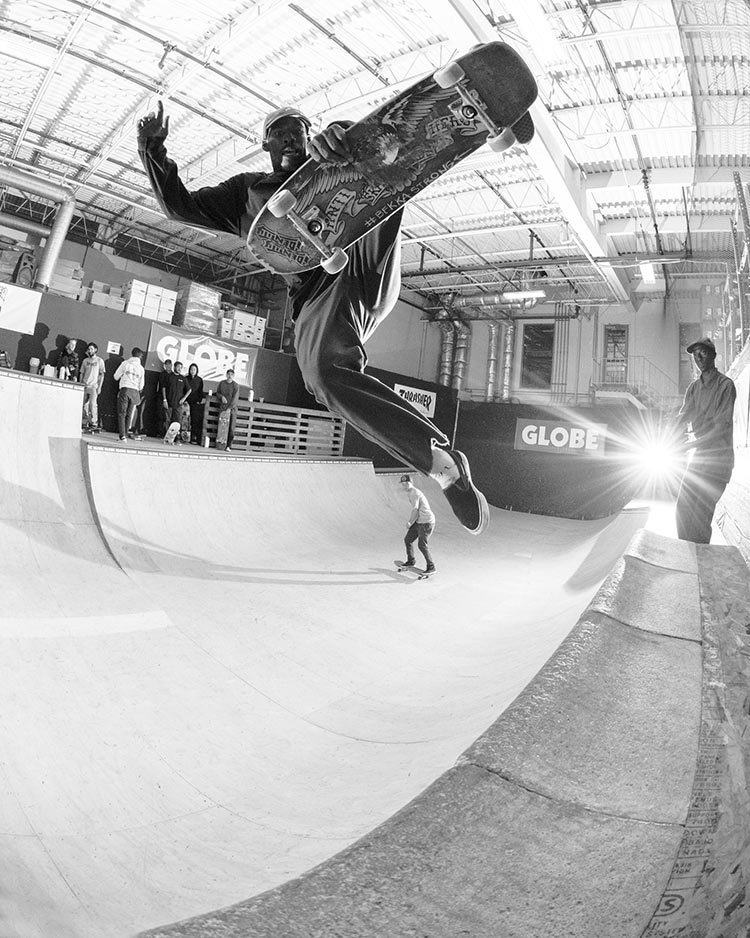 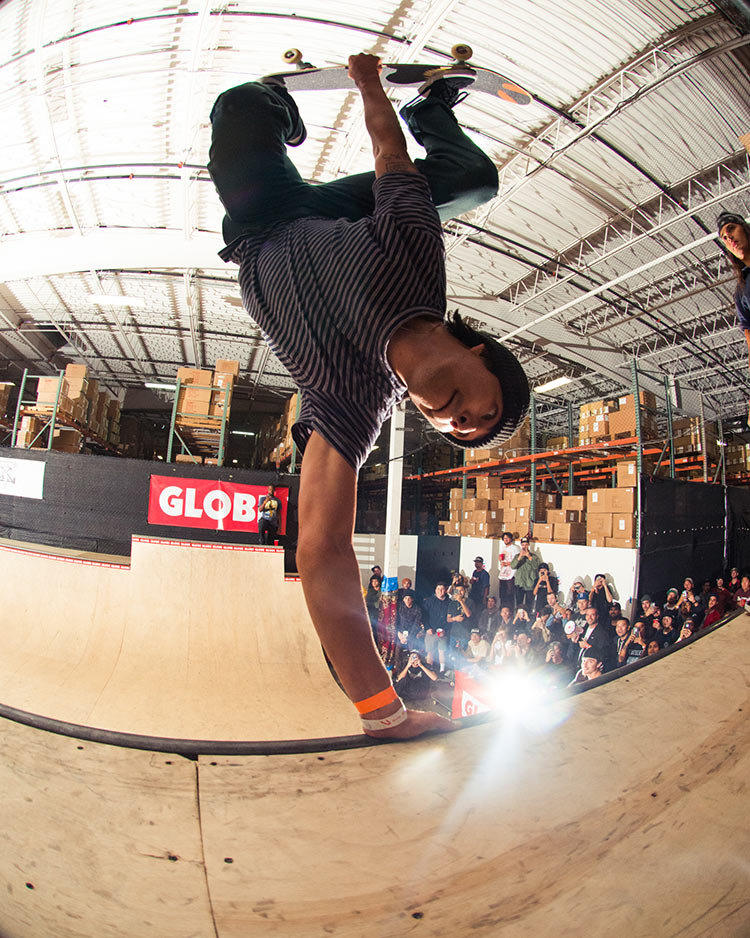 Rick Fabro knows exactly where he’s going with this one. Check the eyes if you have any doubts 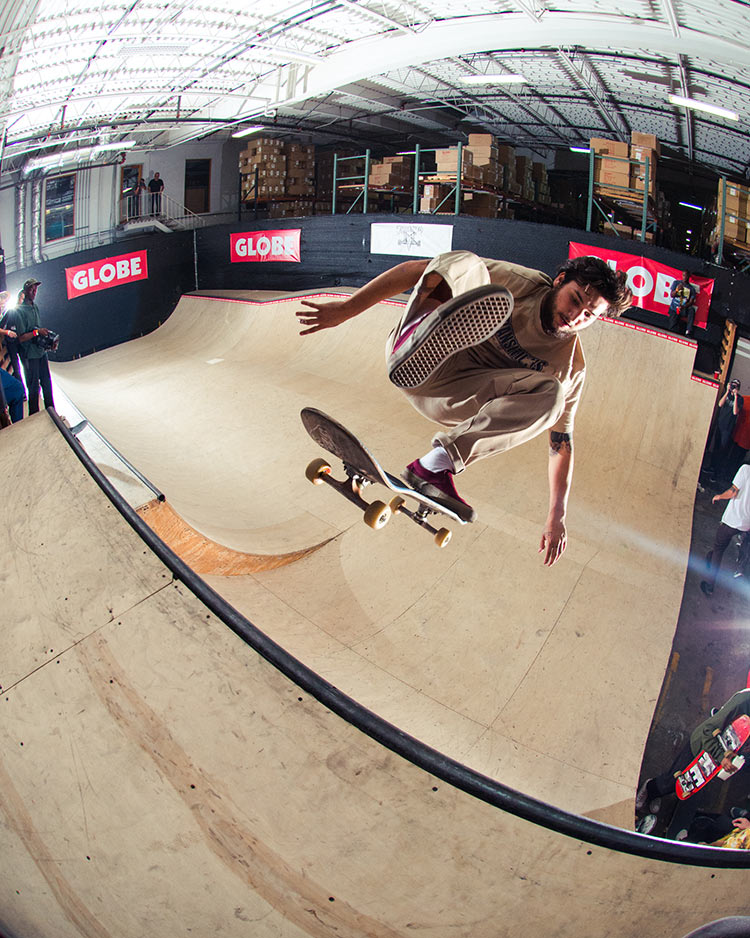 Look who it is! Ronnie Sandoval came through to drop the jaws and put it down. Stylish one foot 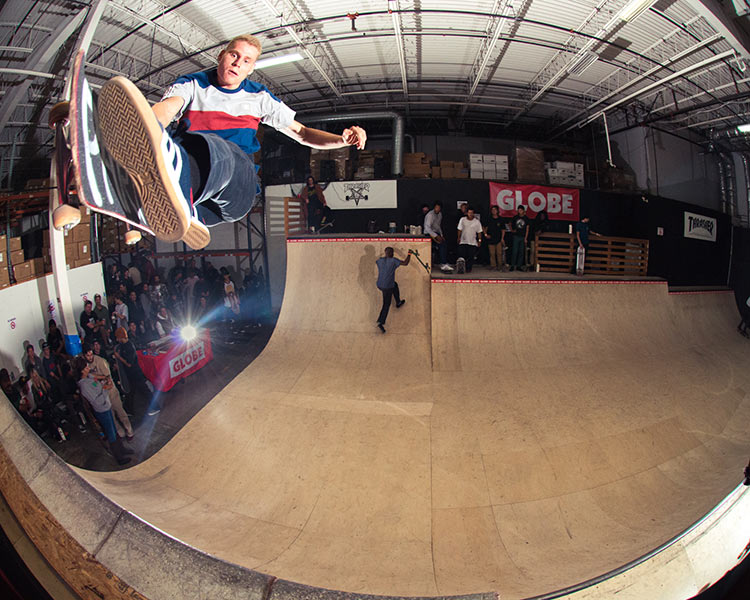 Alexander Risvad tweaking one out 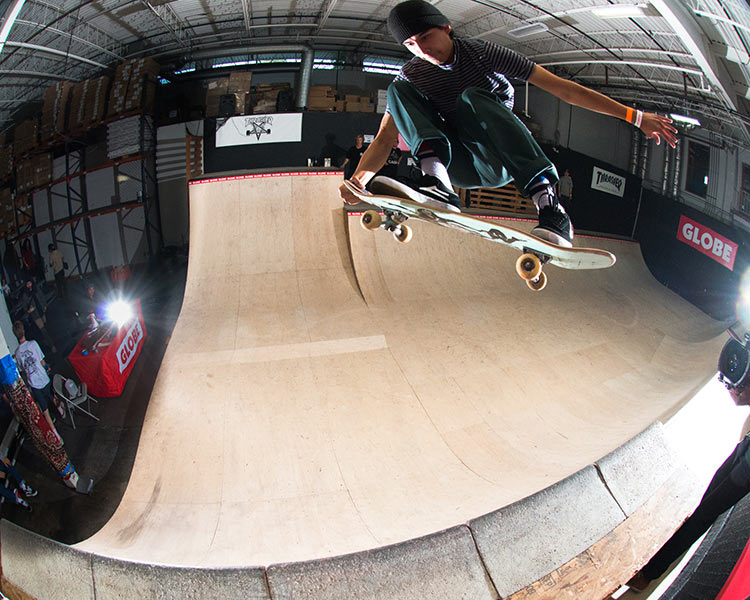 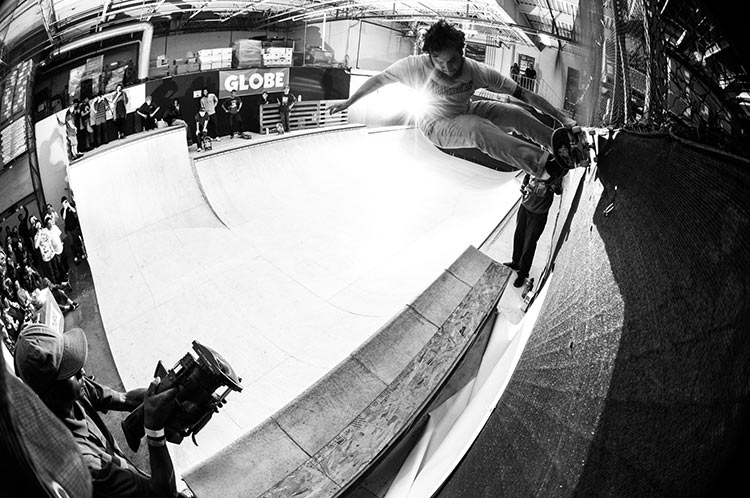 Ronnie showed no signs of hesitation as the night went on. Huge frontside bash on the fence back into tranny 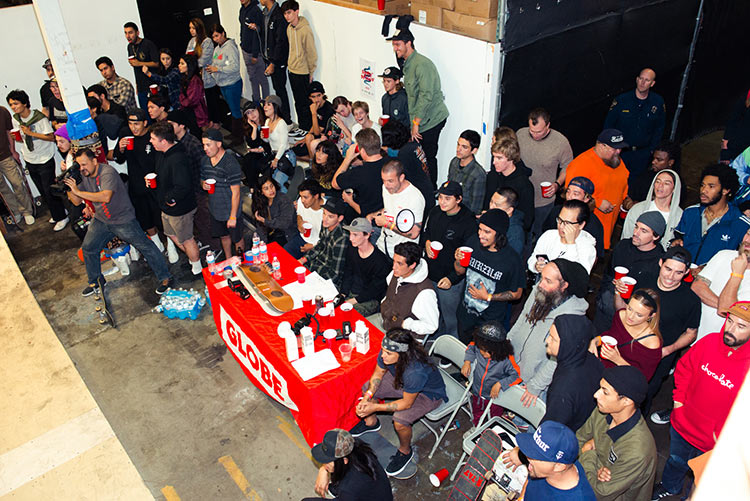 Crowd started to pile in for the finals 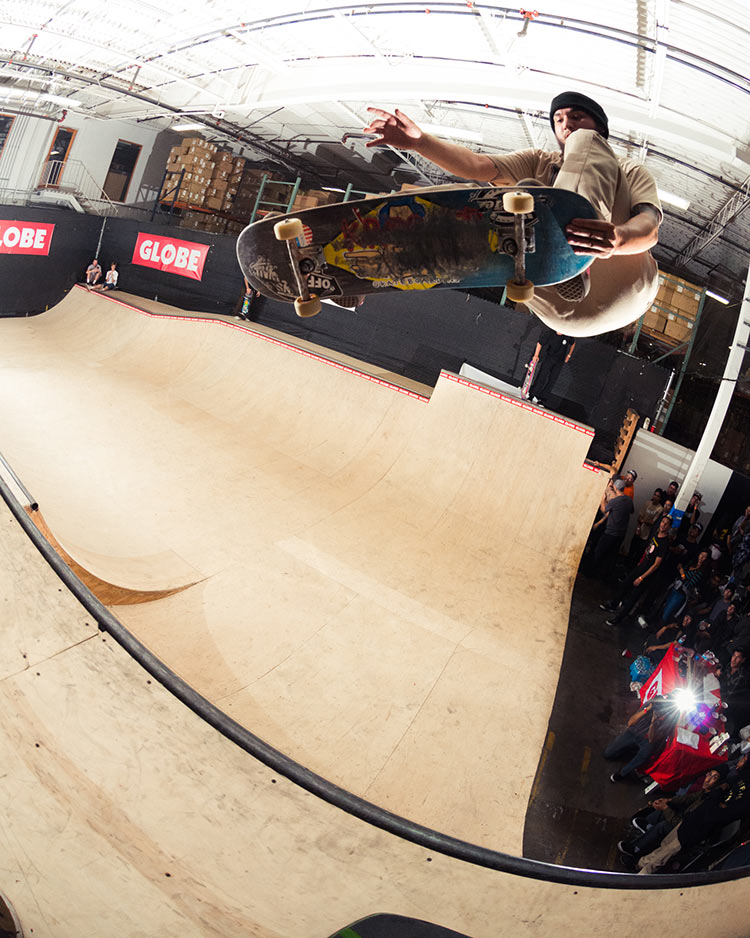 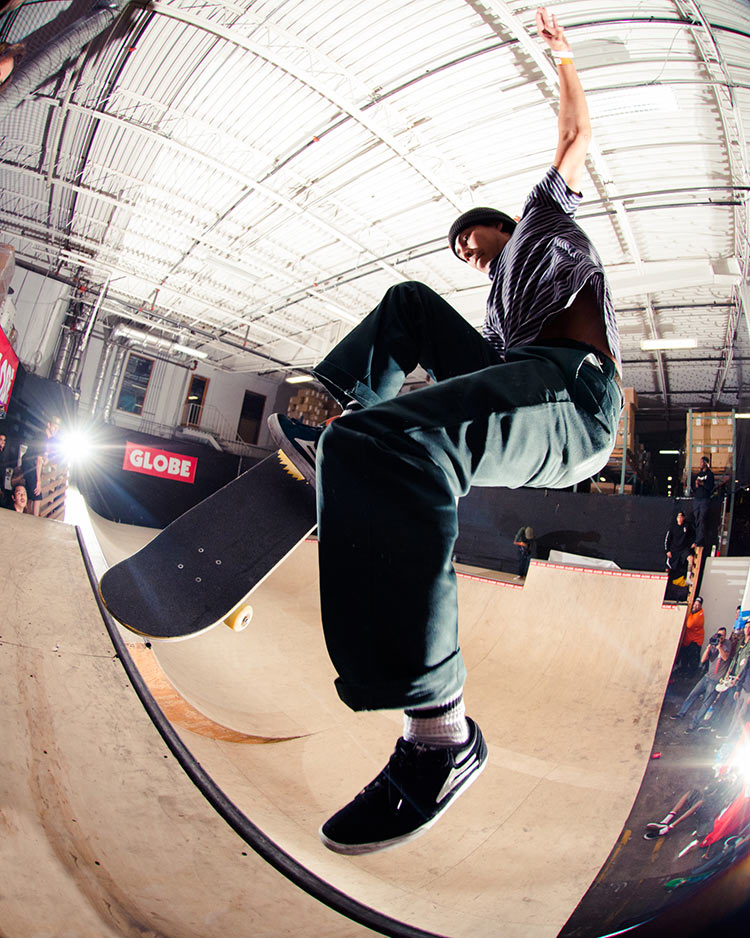 Transitions team was practically doing a demo by the end of things. Rick Fabro showing you how it’s done 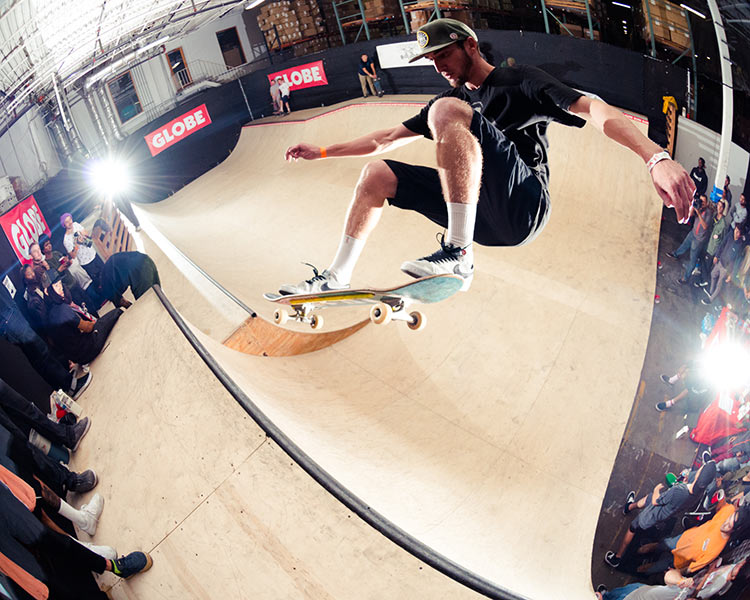 Hayden Estrada staying in the mix with huge frontside ollie 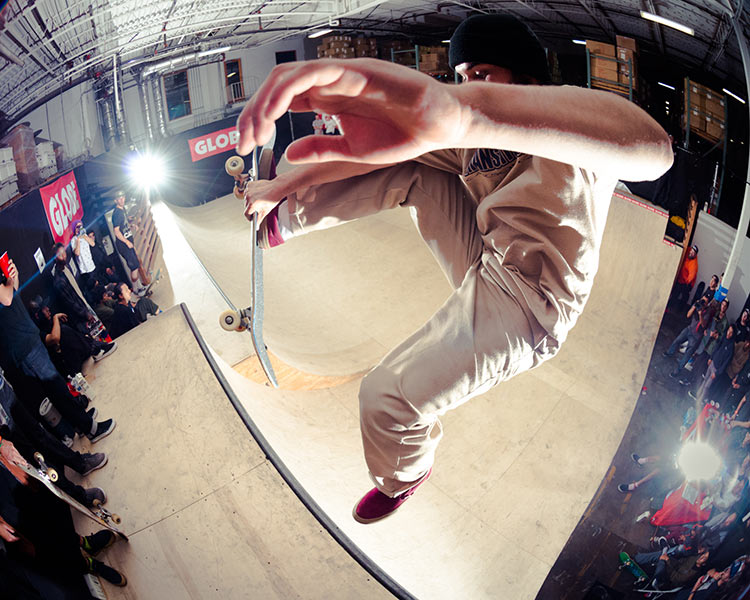 Ronnie coming right behind to get his back 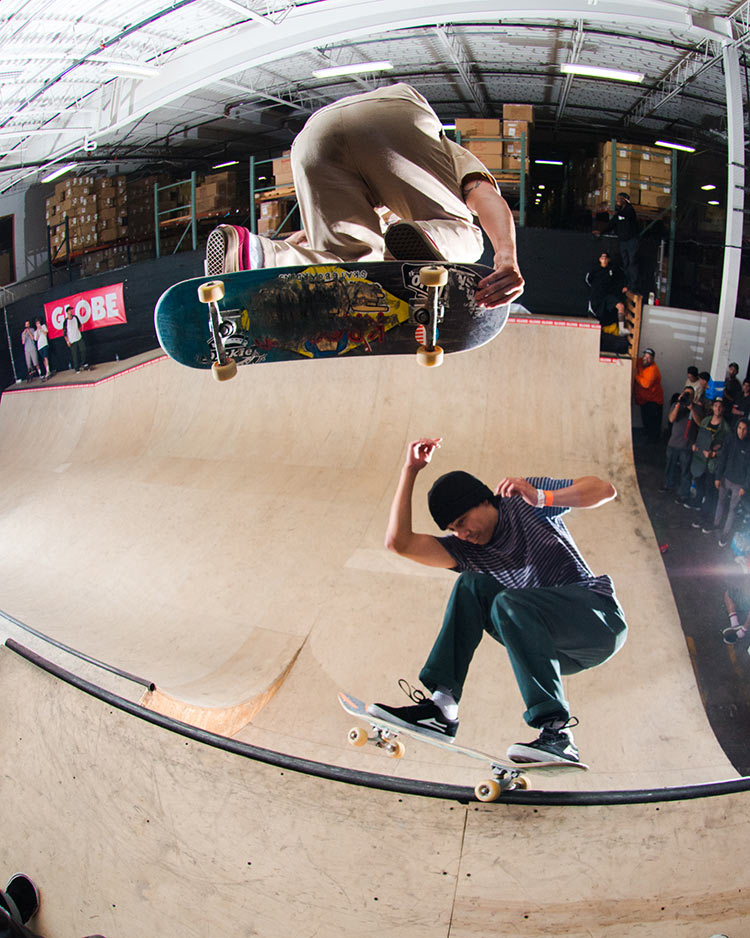 Alright, we get it; you guys are good. They were practically just showing off at this point 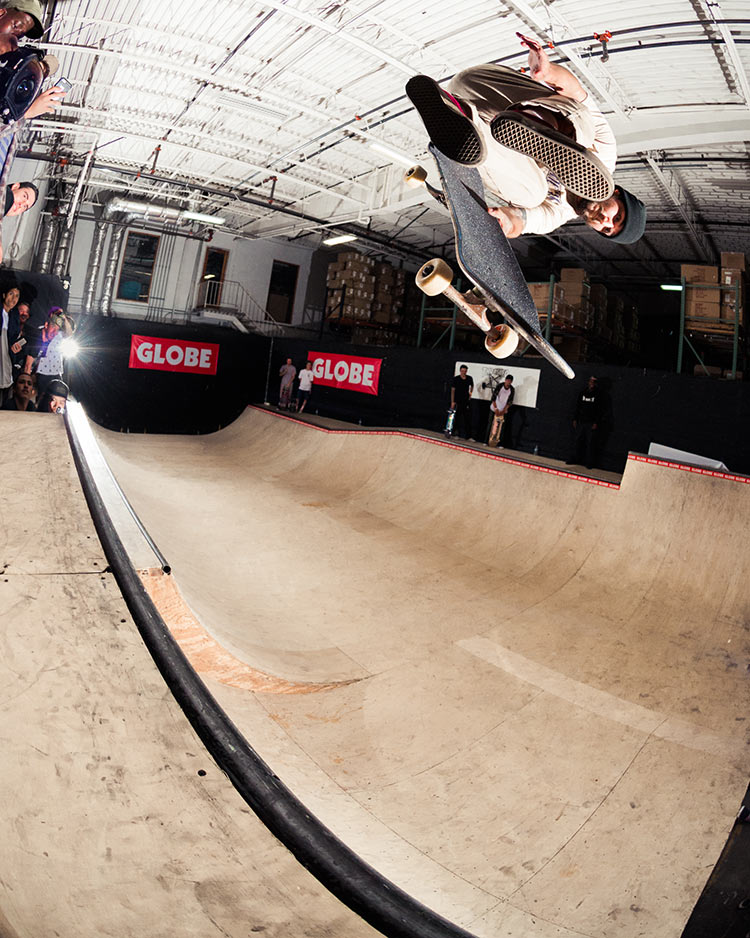 There were few times we saw Ronnie fall during any of his runs. Massive kickflip grab 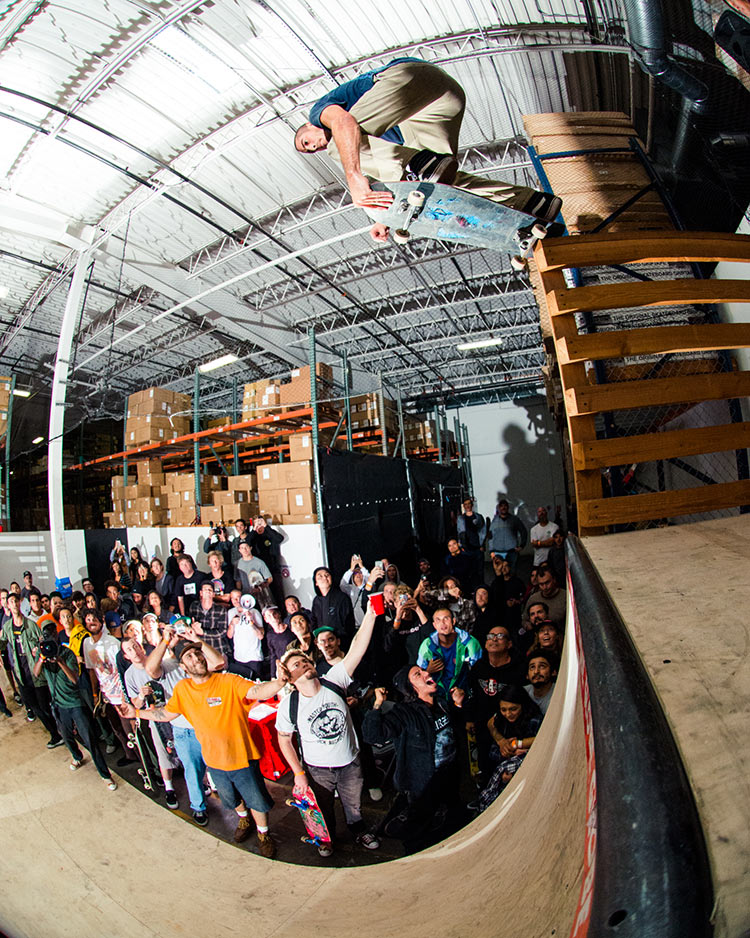 Give the crowd what they want! Bryan Torrellas putting in his final touch with this jump off the top ropes 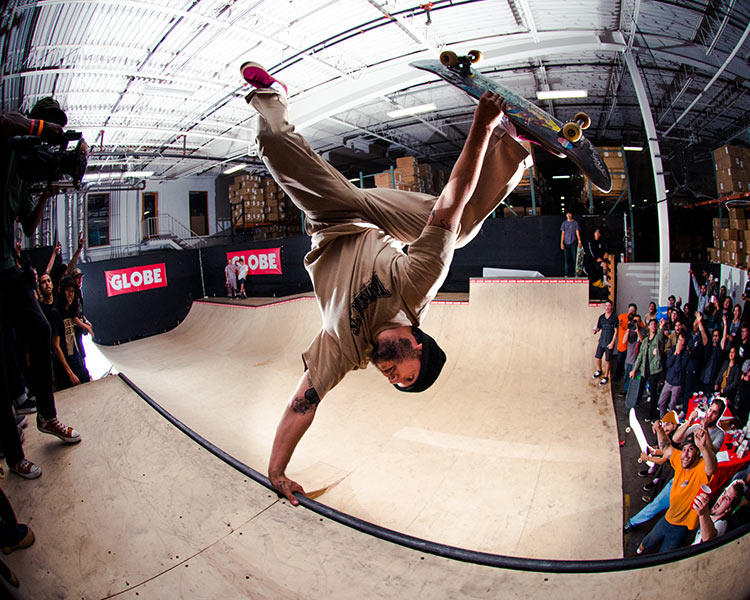 The nail in the coffin for Ronnie. I’m sure you can guess who got first at this point… 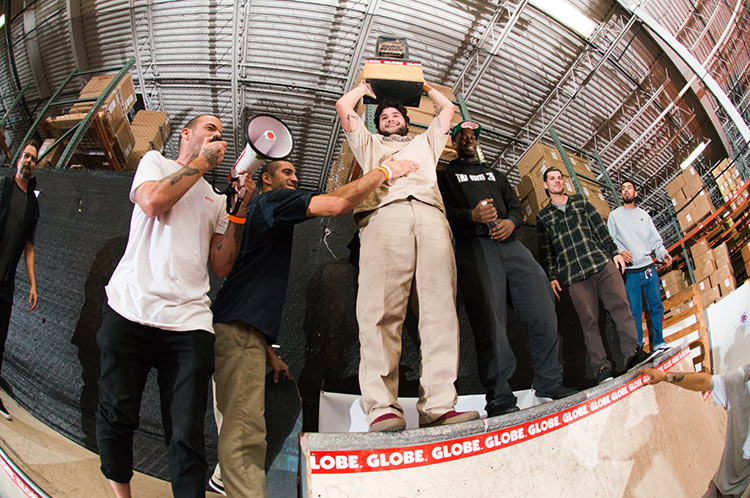 Yep, you guessed it. Ronnie brought in the gold and cash prize home for Transition’s Skate. Thanks again for the fun time, Globe. Hope to see you boys next year!
© 1981–2022 High Speed Productions, Inc.