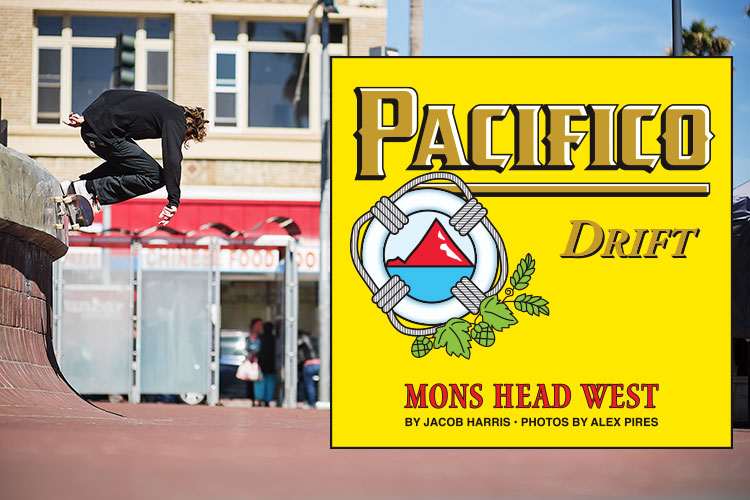 Sylvain Tognelli always nose manuals where other people don’t nose manual. He did it in a river once

None of us had been to San Francisco before, except for half of us. They say the hills are steep, but I didn’t see any steep hills. We all pushed downhill the whole time and couldn’t even break a sweat. If it can be described as steep at all, it should be described as steep flat. But we’re all from London, except for half of us, where the hills are incredibly steep, almost vertical at times. Most people I’ve known have died in this way. I guess the skateboarders in America must all be really scared all the time or something? It’s probably something to do with those hot cheese sticks in the 7-Elevens. Those things are pretty good. (Sidenote: Casper ate a whole burrito going down the Frank Gerwer steep-flat hill, topless. It was pretty dope.) 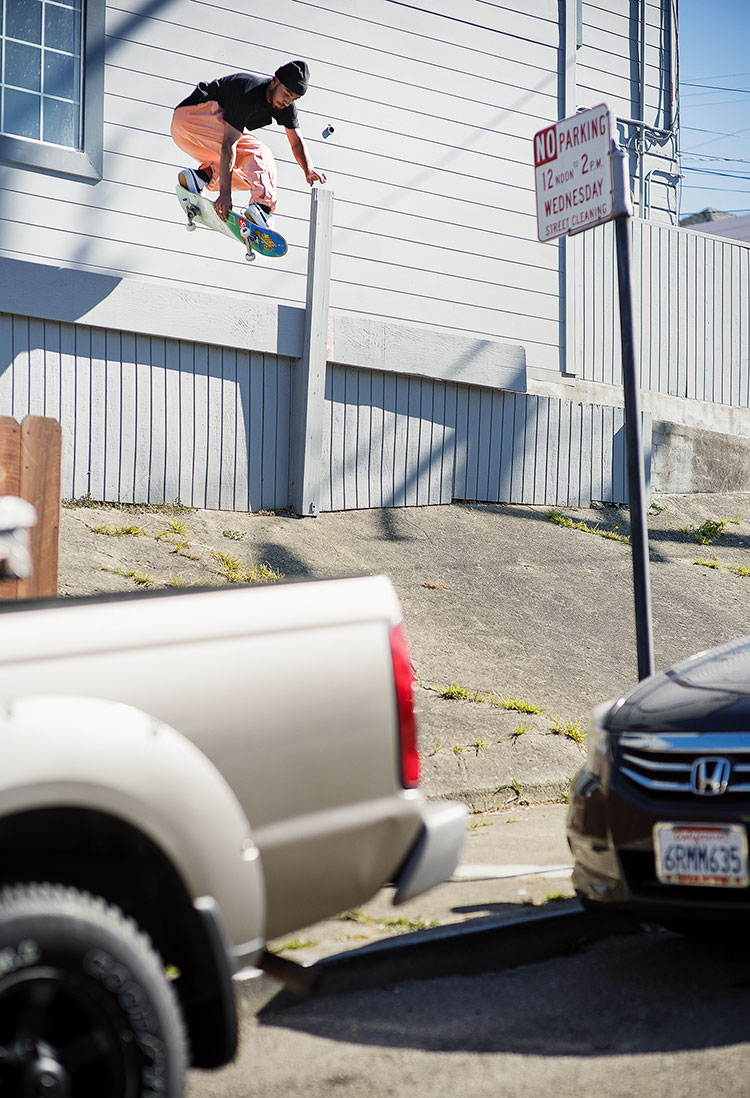 Kyron Davis street grabbing before everything quickly becomes steep and fast. He shredded a couple of pairs of trousers and his hands—they were boiled and blistered while he was playing in the hills

I had a brainwave one day when Tony Vitello at the mag suggested we make some videos based on the crew around Tom Knox, so I had the idea to do exactly that. A bunch of Mons who skate together and are all interested in being filmed and edited to synthy music, or sometimes other types of music. On a serious note, the skate-deck media gaze is gently turning its way eastwards, across the Atlantic, to also encompass our tiny little wet island. The North Atlantic Current, or Atlantic Drift, is a hugely important oceanic current that travels from the States to warm the shores of the United Kingdom. If not for that we’d be frozen, most likely to death, all the time. I might be a bit sketchy on the details of some of this, but if you Google it you’ll probably read something pretty different and way more interesting. 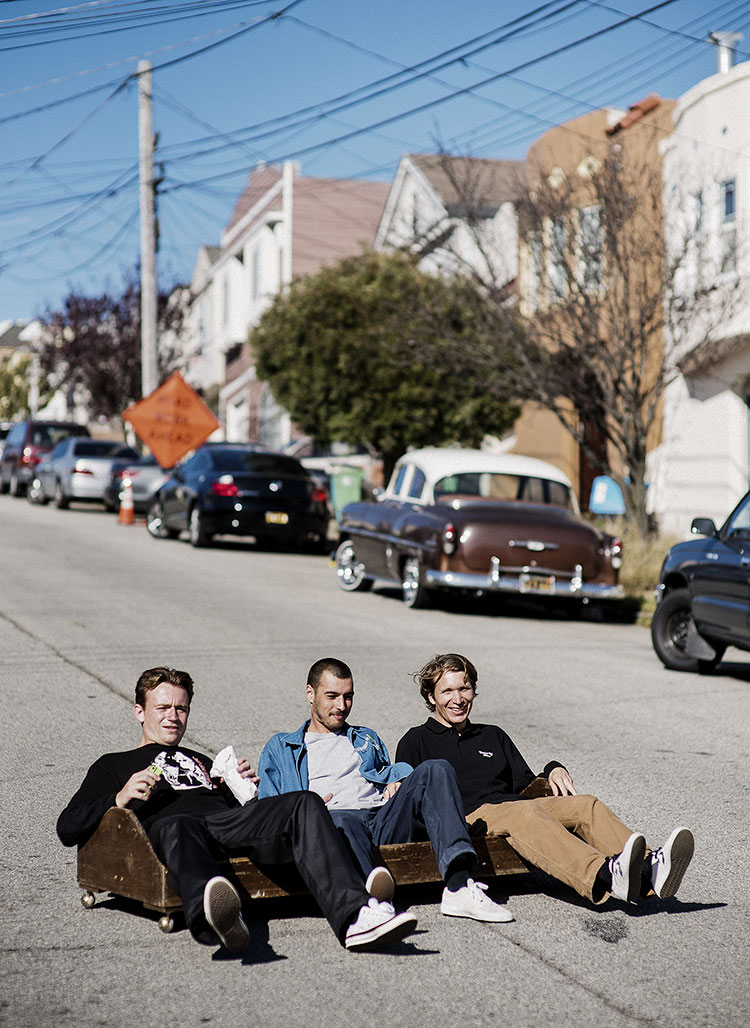 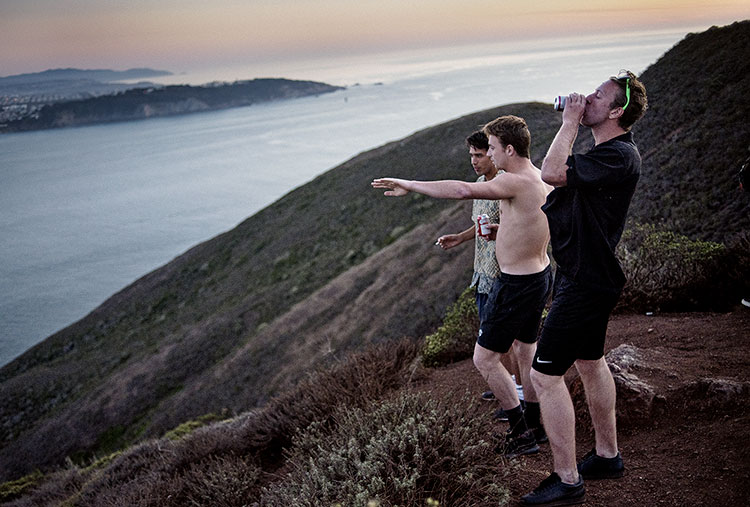 Tom is the leader of the crew. Well, he’s actually the face of it. He thinks that he’s the leader because he has really fast feet and is the father of two children, and I suppose this imbues a Mon with a serious sense of accomplishment and responsibility. I let him think this because it’s useful for morale and blame dodging. In fact, I’m the leader andgodfather to his firstborn. Have you seen The Godfather? Nobody is listening to the father; it’s the godfather pulling the strings. I don’t even know who the father would be in that film. Nobody cares. I’m the man blowing people up and having heart attacks in vineyards. So it goes. 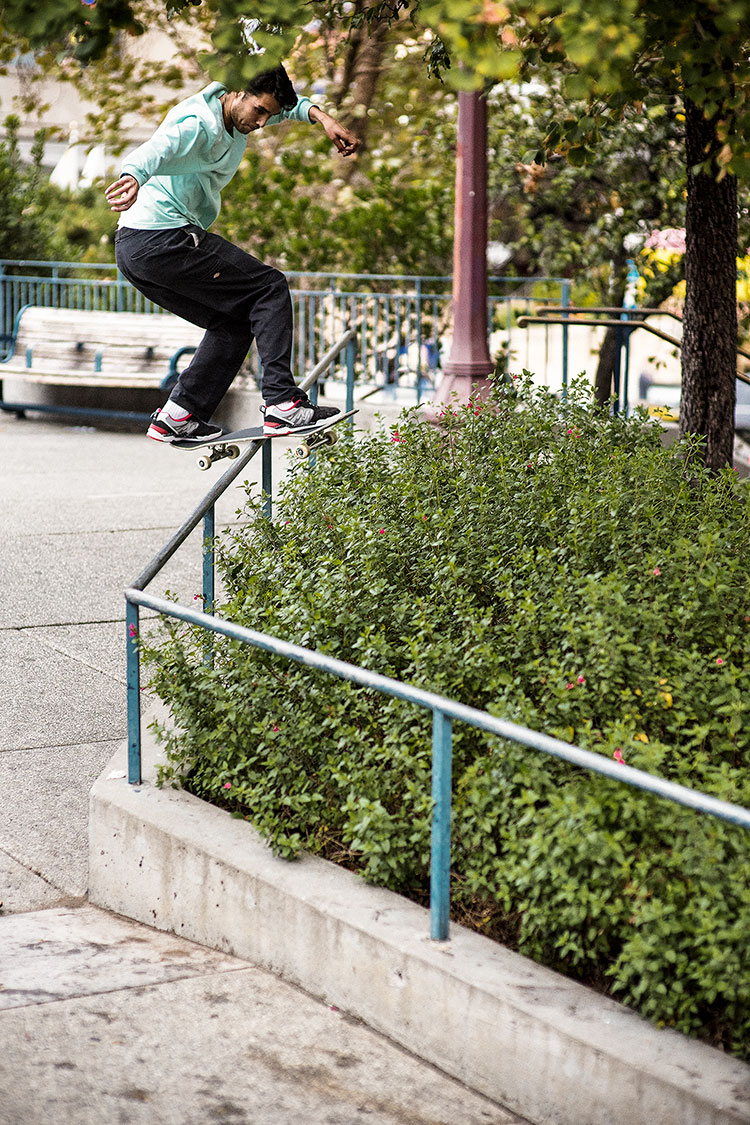 Anyway, dope, dope tacos aside, we marvelled like 14 year olds who had taken loads of mushrooms for the first time at the incredible natural beauty of The Bay. A fresh green breast of the New World, face to face with, for the last time in history, something commensurate to our capacity for wonder, we asked ourselves the primal question: “Can Jake Johnson wallie bigger things than Mike Arnold?” 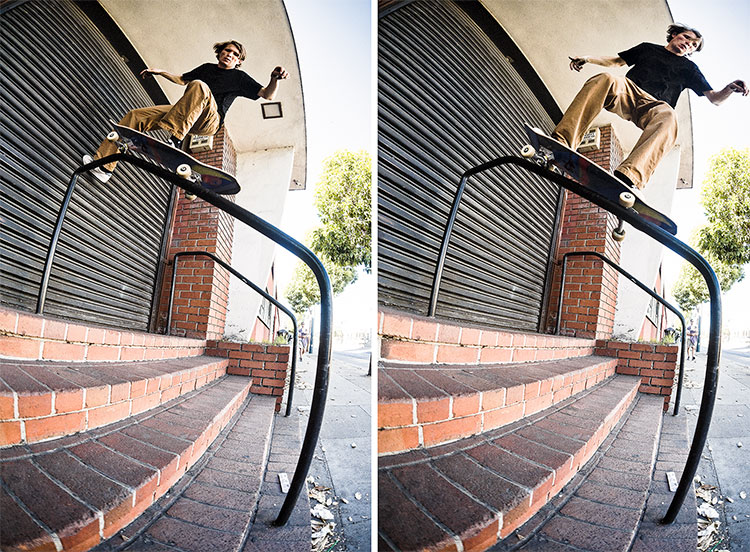 Chillvain Tokenelli looks like he’s been smoking some serious trees to get himself in this situation. He actually just likes a mellow Lipton’s tea. He ran up the shutter to get here 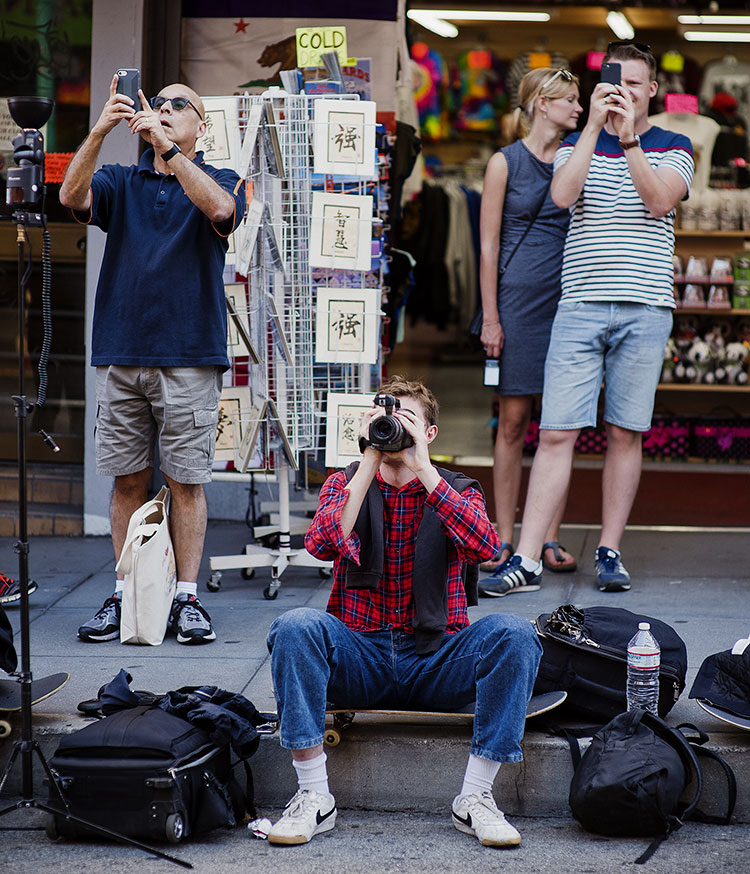 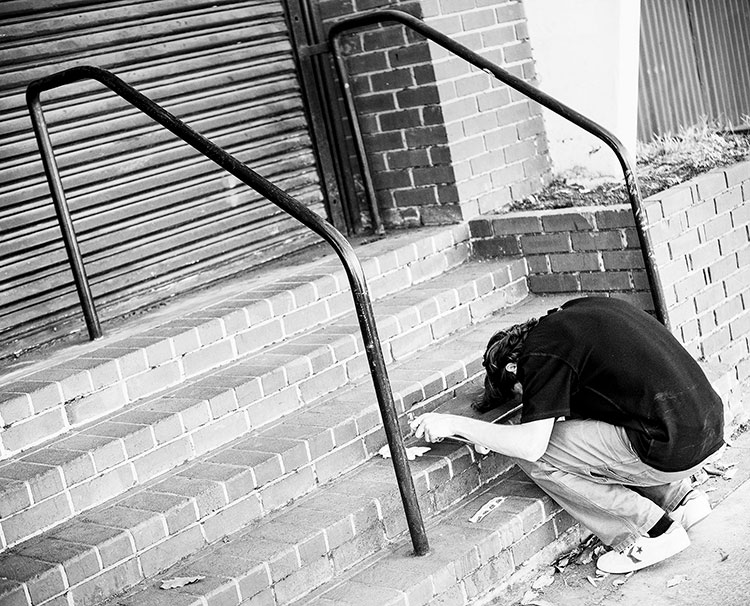 We met up with the Duffman, lifelong favourite of anybody who rides a skate deck. I don’t know any of you people reading this, but I’m sure that Foundation’s That’s Life flick was a seminal experience for you all. If not, go watch it—“I heard a rumour, what have you done to her?” It was the golden age of me sitting in my shared bedroom watching Americans skate. Corey didn’t disappoint in one way, lovely through-and-through and the commitment of Slim Pickens riding that bomb down on to the Ruskies. He did 2017’s least likely doubles with Chris Jones. It involved a skip and a trip down a long vertical drop onto an elbow. Always smiling, always smiling… 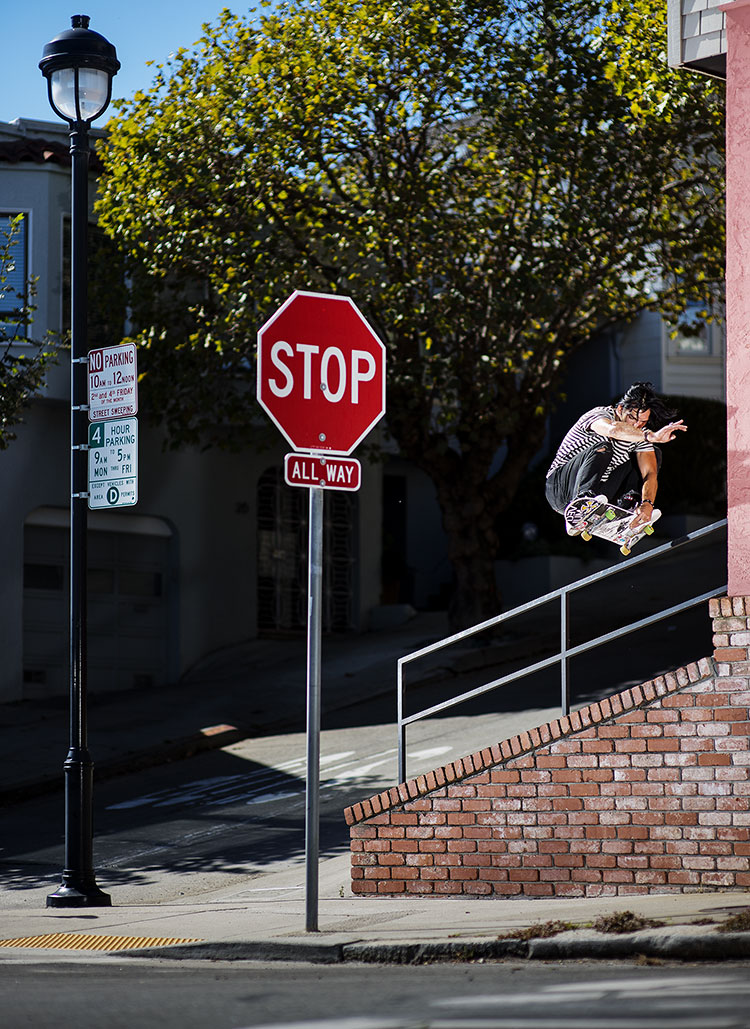 Corey didn’t like this frontside grab because he said it wasn’t “correct” according to the rules. But it rules, according to me. I think he had to have his right arm amputated after the slams

Puzzlingly for the Atlantic Drift crew, we found ourselves on the Pacific Ocean. Our collective geographic knowledge amounts to about a raisin. We liked the Pacific (though it was extremely cold. If you swim in it your piece starts to resemble our collective geographic knowledge) and don’t feel bound by a half-to-full-baked name. What am I talking about? 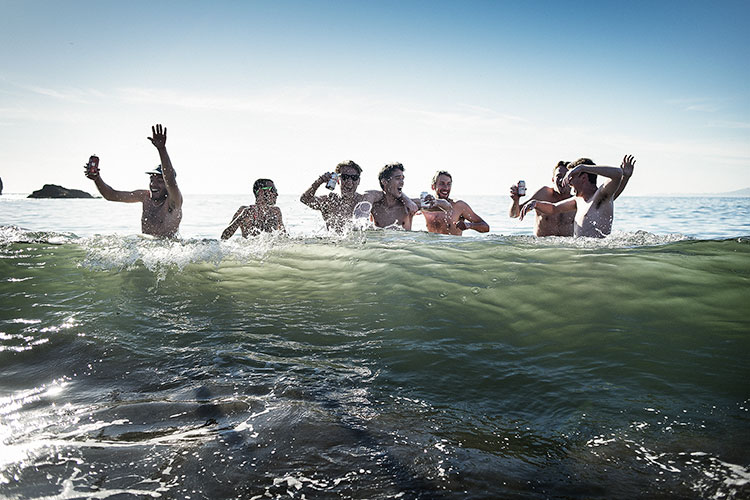 Casper looks like Mike and Mike looks like Casper. Except that they don’t really look that much like one another, though amazingly people constantly confuse them. Not many people seem to be able to get it right. Mike’s mum recently told Mike that she liked the jumper he was wearing, in a picture of Casper wearing a jumper. And so on. They skate very differently and they live very differently too; Mike glides, Casper full-steams; Mike’s tricks are tantric, Casper’s are arcade machine punching-bag; Mike dreams, Casper wakes in cold sweats from recurring, deep-seated night terrors. Each has their own currency, Mike’s is Bitcoin or some other Altcoin. I love them equally.

Both Casper and Mike are big boys. Casper is more like a giant baby though, so we call him giant baby. He’s the best in the world at hippy jump shuv-its and falling asleep in clubs. If you find him asleep in a club just leave him be. 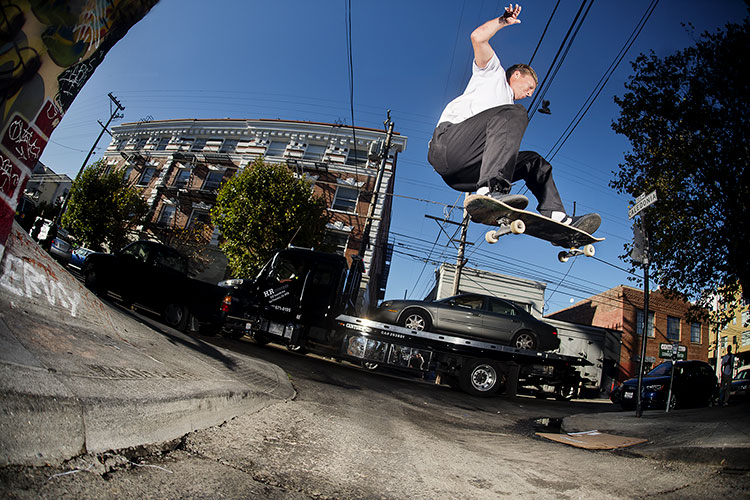 Casper loves to charge so he was a happy boy when Garshell showed us this massive road to ollie. If you look, it’s actually the length of that enormous truck in the background

One night, while eating pizza next to a Russian dog-grooming salon, we saw one of Tony Hawk’s sons. He was eating pizza at the same place we were eating pizza. He didn’t look like he can 900, and to be honest I don’t think he can. I can only imagine this is crushing for him. I’ve had dreams where I can 900. I can in fact only 270. Mike can switch 540.

We skated those Alabama banks one day. If you ever film people skateboarding you will understand this specific feeling that sometimes overcomes you when somebody is trying a trick. This feeling walks a knife edge between excitement that the person is going to do an amazing and rare trick and anxiety that the person might not do that amazing and rare trick. Remy Taveira and Jon Nguyen were both doing this at the same time and the whole situation was playing violin on my overwrought and freckled nerves. It was getting everyone down—the idea that neither of them might land their tricks—except for Kyron, who was like a dog let loose in a park with other dogs of different sizes around. 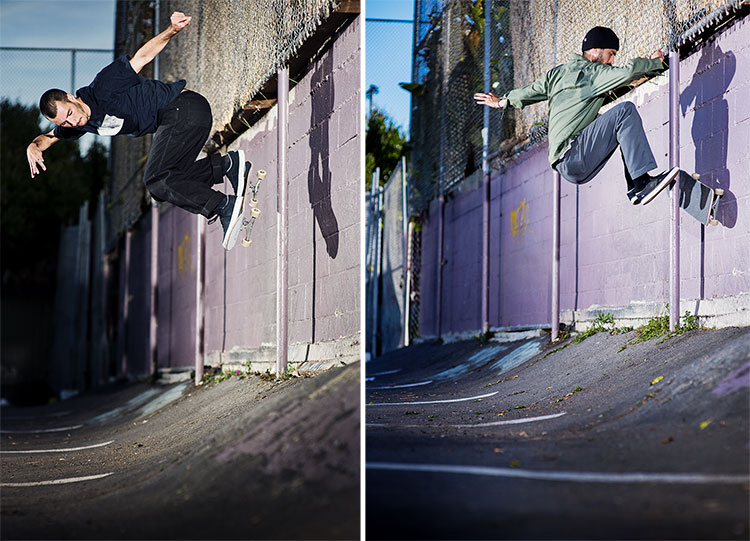 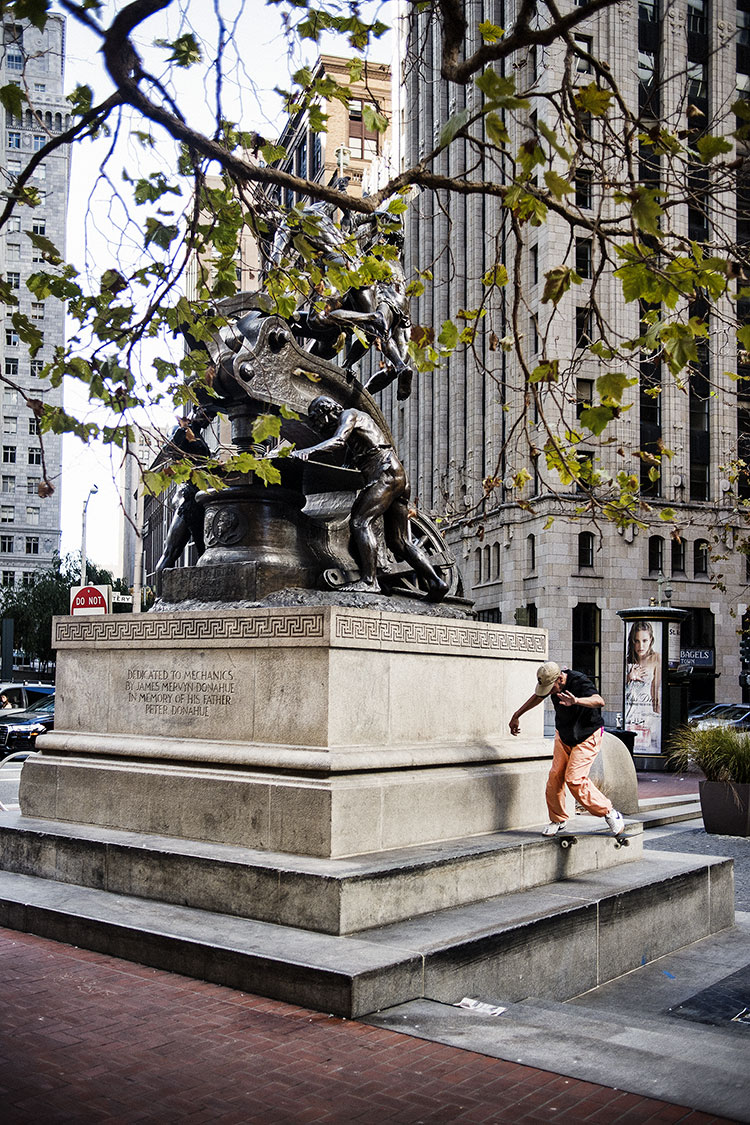 Long way to go backwards to then gap out onto a roll-out made of shitbricks. Ky looks like he’s dancing and feeling it

Some blessing of statistical lightning strike meant that Jon did his amazing and rare trick, then Remy ran up and did his straight after. If you watch the video, look out for Kyron looking like a dog let loose in a park with other dogs of different sizes around. (I recently learnt that dogs’ favourite music is reggae—pretty cool for dogs.) To be entirely sentimental, it was a magical moment. Imagine beating your older, way manlier brother at an arm wrestle, being reunited with your lost dog and winning £2 on a scratch card, all at the same time. It felt nothing like that, but it made me forget for a few hours that I’d broken up with my girlfriend, that I live with, hours before the plane from London and no longer had a place to live or a girlfriend. Such are the joys of skate-deck tricks. N/B I’m writing this piece from my empty one-bedroom flat and I get to stay up as late as I want now. 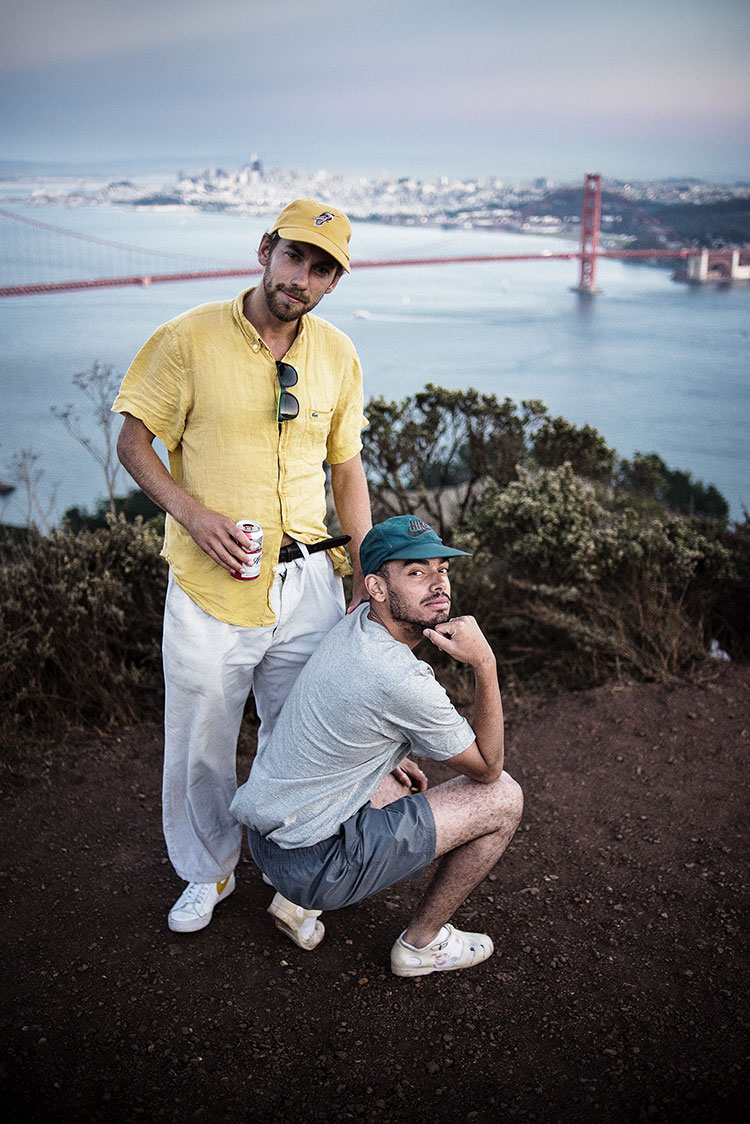 We had Kyron Davis with us. Or “Ron.”  Or “Clyde.” I’ve been watching Kyron from my corner. Kyron is great. Kyron skates for Derek Koston’s company, Numbers, and he’s also always trying to have a good time. He’s certainly a Mon. I’ve never seen him not having a good time except for once. He said to me, “Jacob, I’m not having a good time,” but I think it was because he’d been having too much of a good time some hours before. Kyron doesn’t seem to suffer from the same life-crippling neuroses that infect everybody else in the Drift; that’s why we need him around—the last thing that a drowning man needs is another drowning man clinging to him. Kyron is more like a buoy; he buoys us. Sort of like winning £2 on a scratch card, but all the time, and with no come-down. Except when Kyron is coming down, which is normally. He’s also from London and he’s totally inexhaustible on and off his skate-deck. 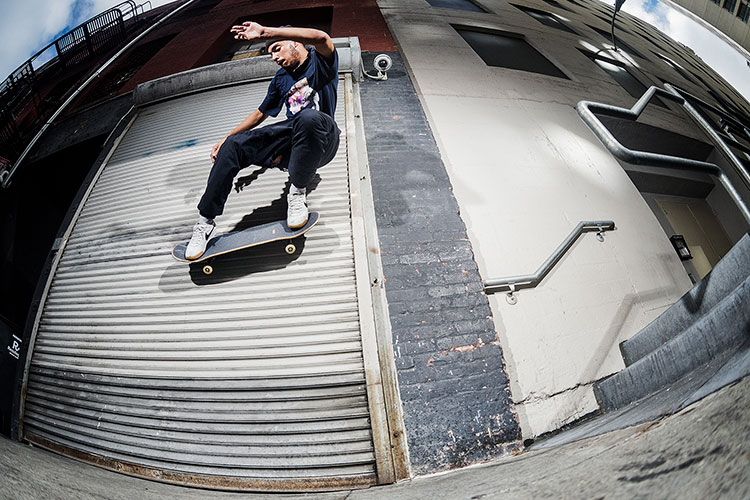 This made a really great sound. Kyron made an even greater sound when he realized there was a crate of Pacificos on that go

Mike is made of mammal parts and then some benzos. He wants to hippy jump you then invest your savings in Bitcoins. Mike is a Mon, but he’s not the only Mon. Mon – that guy you see having a real good time all the time even if he’s sat in a puddle; maybe he’s tuned into something that you’re not or maybe he’s not functioning properly. A Mon will tell you that you’re probably not functioning properly, Mon. Nobody knows who is right. Mike is from Bristol, a city in England renowned for dreadlocks and acid. He’s bigger than you and he will eat your chips. He means well and he skateboards very well. He’s very smart but he’s mostly trying to do backflips onto sand and feel like he’s in a club. If you meet him say hello. Ask about the catfish. Don’t prod too deeply. 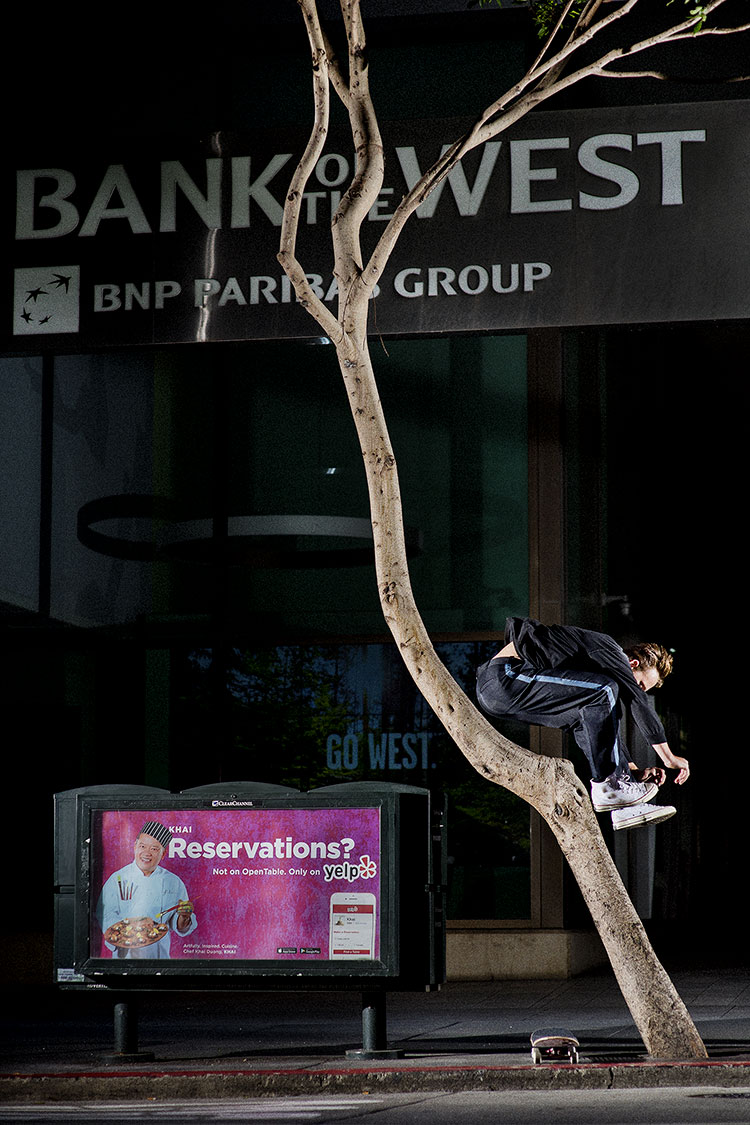 At some point Mike did something weird with a tree in downtown. In the photo it looks like he’s actually Fred Flintstone sliding down a dinosaur’s neck on his way to work. This is not what’s happening; Mike is doing a jump and at the crucial moment assuming the shape of the tree, like a threatened octopus might, and then landing back on his skate deck. 3rd and Army was great fun because we had Lou’s green moto-x bike thing. Mike towed Casper on Lou’s bike so he could do a line and I sat on the bike. 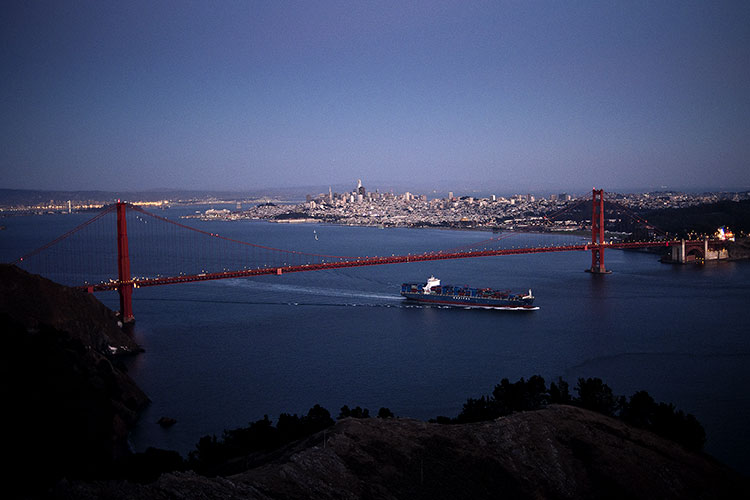 Mike was more interested in that bike behind him, but this grind pipe had better cornering so he rode that for a bit

What can be said? Two weeks in a place is very good amount of time. It was the shortest we’d ever spent on one video. We’ll be returning to the Pacific to try our luck on some other un-remote shores. 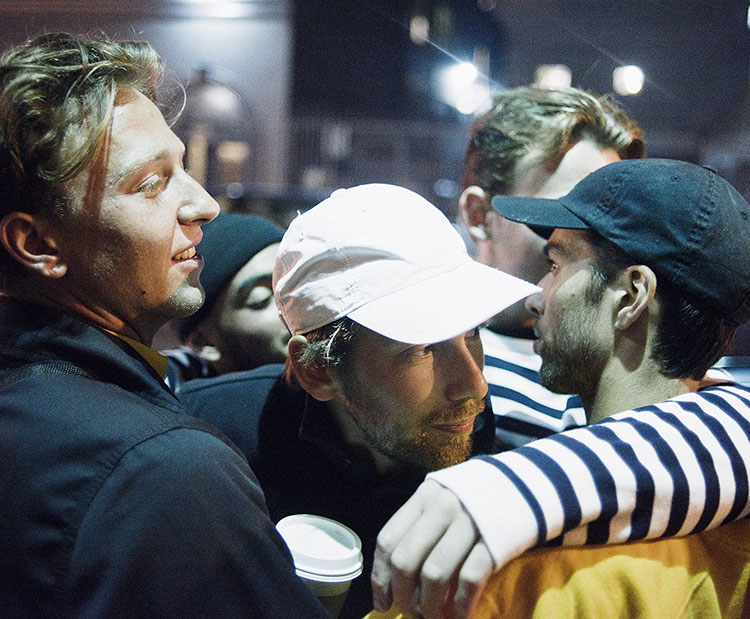 Does anybody know if there’s anything to skate in Hawaii? Looks pretty fun there. 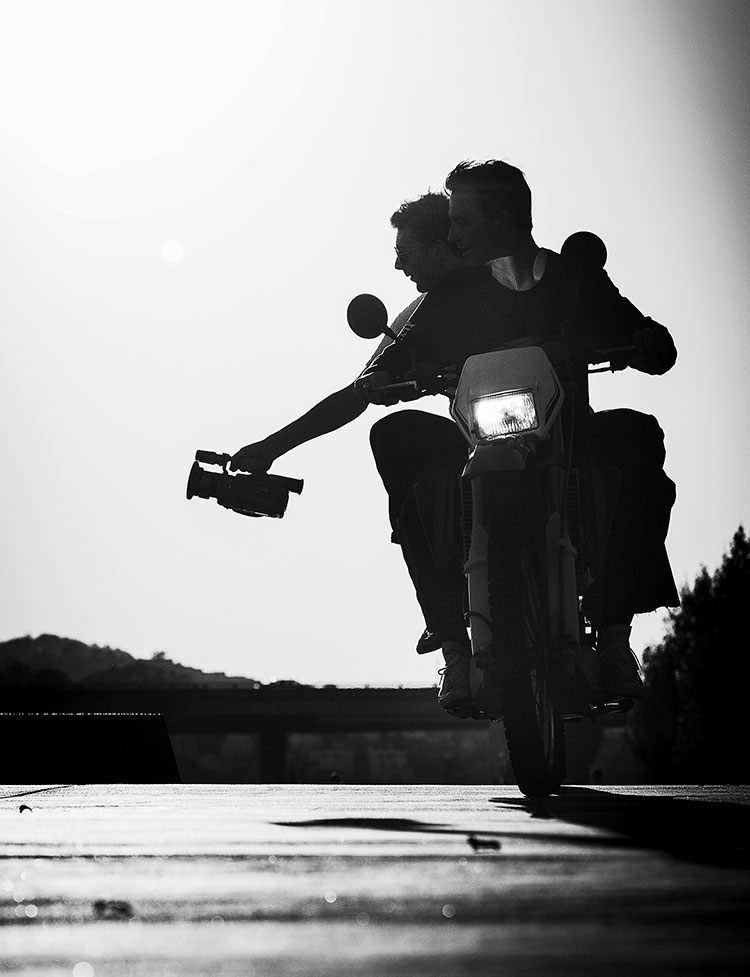