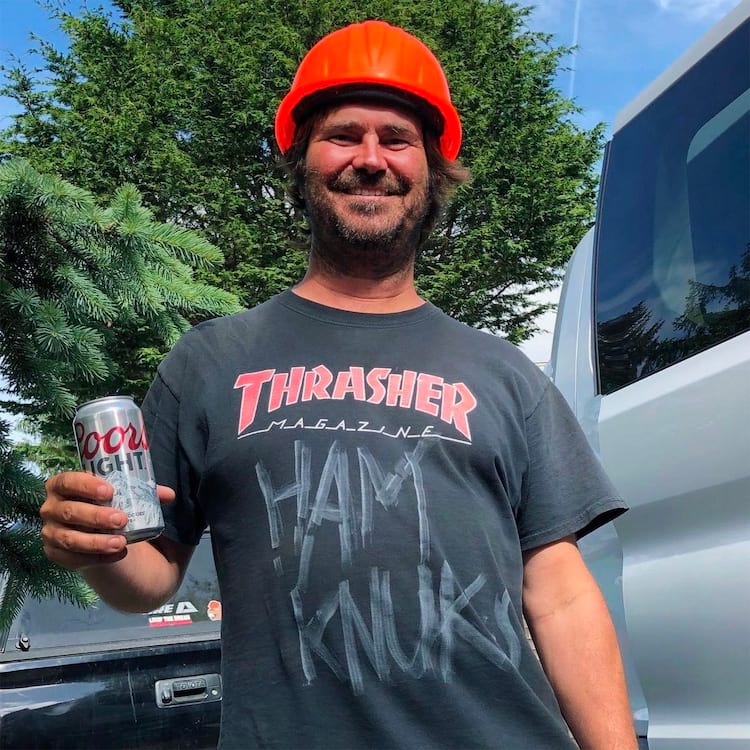 Though he traveled the world many times over, Joe Hammeke remained a Midwesterner through and through. Warm and without pretense, he was everybody’s friendly neighbor, everyone’s hometown skate buddy. An '80s kid from Omaha, Nebraska, Joe fell in love with skateboarding in a time when you really had to want it – before it was cool and way before there were free concrete skateparks in every town. And he ripped! Street, vert, Joe never discriminated, even unleashing the dreaded Yo-Yo to Ho-Ho plant just to make people laugh. Joe’s path eventually led him to the mag, where he became one of our top photographers and most-reliable road dogs. With P-Stone, Phelper and the crew, he was ready to skate all day, drive all night and sleep in the dirt – all while documenting some of the gnarliest skating and most epic spots of all time. Hamknuckle to some, Hambone to others, his jovial nature and goofy grin made him the kind of guy who HAD to have a nickname. Even after getting left behind at a hotel in China, Joe never got salty, never held a grudge. After years in Portland, Joe met his wife Jessica in Arizona then finally made the big move to California just in time to welcome his son Ansel, followed by daughter Taliesin. A loving and devoted father, a photo of Joe shooting a skate photo while wearing Ansel in a snuggy went viral – no big surprise to his friends who knew Joe as a guy who looked on the bright side and made things work. A call from Joe meant you better get comfortable. He always had stories, always wanted to talk shop, always wanted to know how he could help or make things better. He was sweet man and a true skater. We will miss him terribly. Our love goes out to his family and many, many friends.  —Michael Burnett