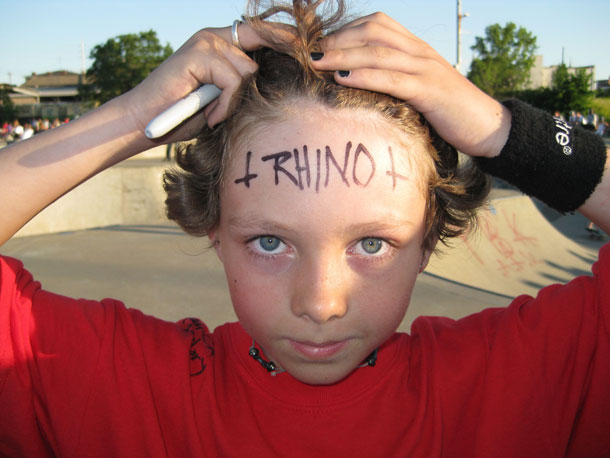 Midwest attack. Navs, Guzman, Mallory, Horn, Partanen, Sid Melvin, Gravette, Devin Apello, Bingaman, and Mikey Curtis start it off, with more Saints & Sinners showing up in a few days. Sessions have been brewing at Louisville park, Kettering, and backyard bowls. We're searching for pools, ditches, and street spots, as well as keg parties, graveside rituals, and strip clubs. Who's got some for us on our way from Columbus up to Minneapolis? 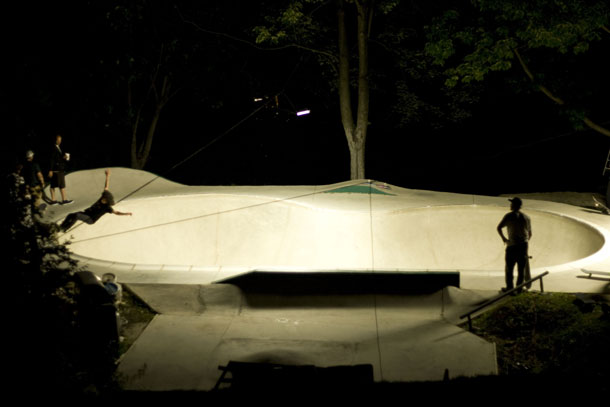 Somewhere in Ohio, D W A I 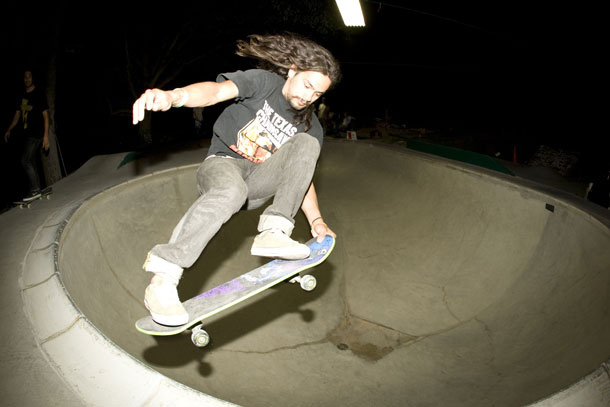 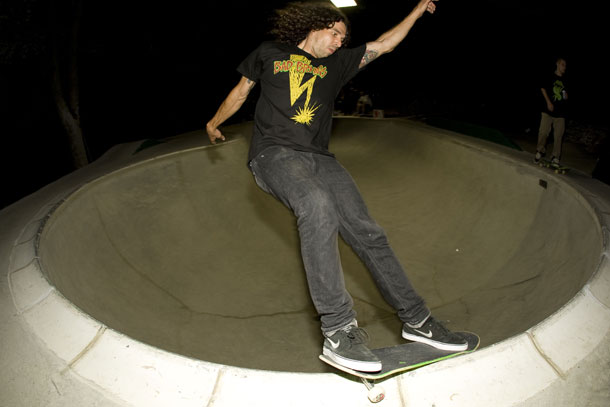 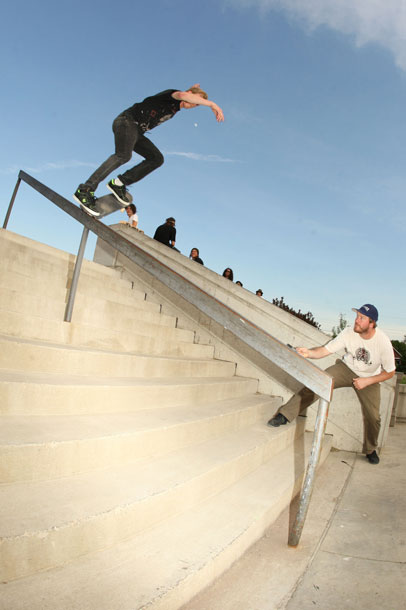 Devin crooks while P-Stone's hard at work. Where's the beer? 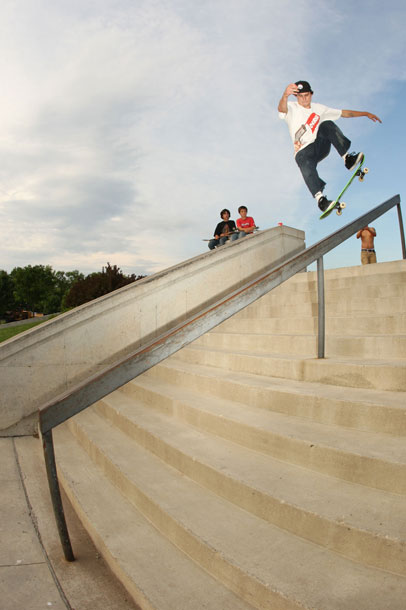 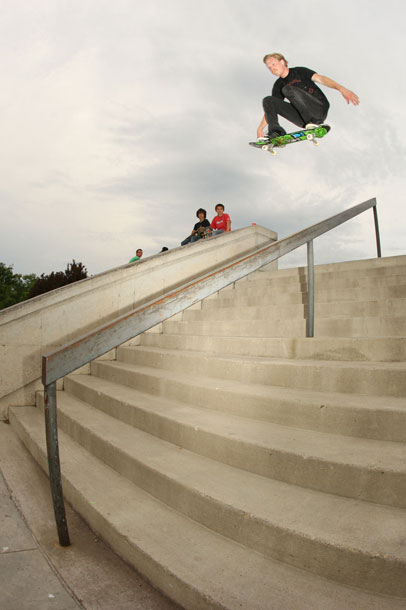 Devin, frontside 180 over the rail at the Vox skate plaza 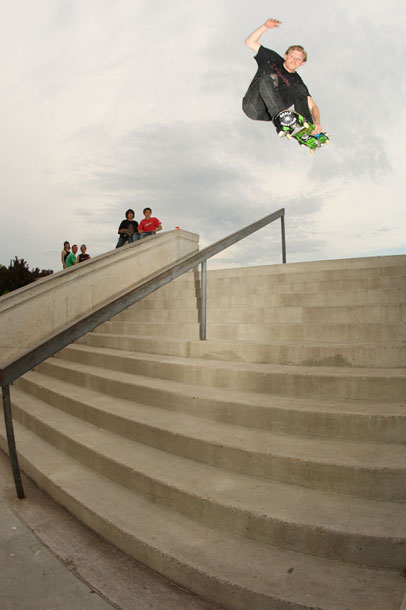 Devin would have cleared 20 steps on this one 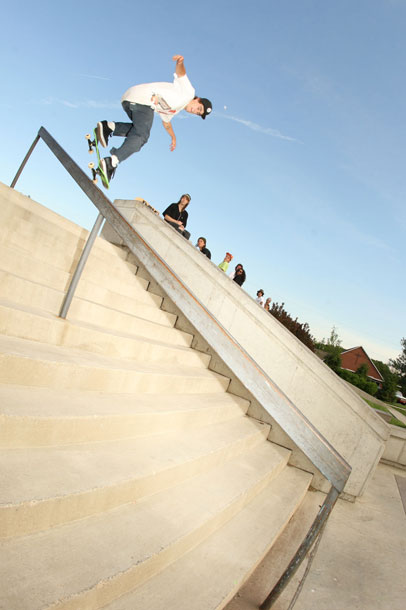 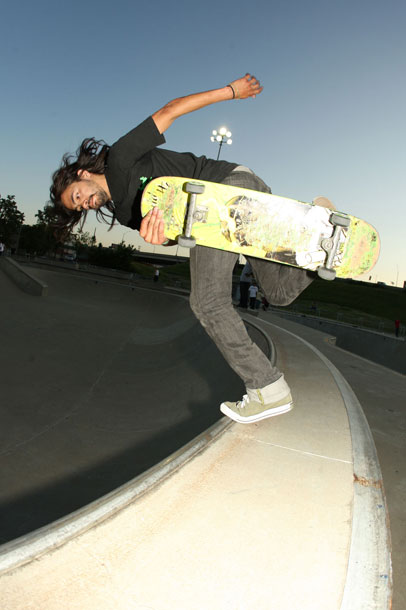 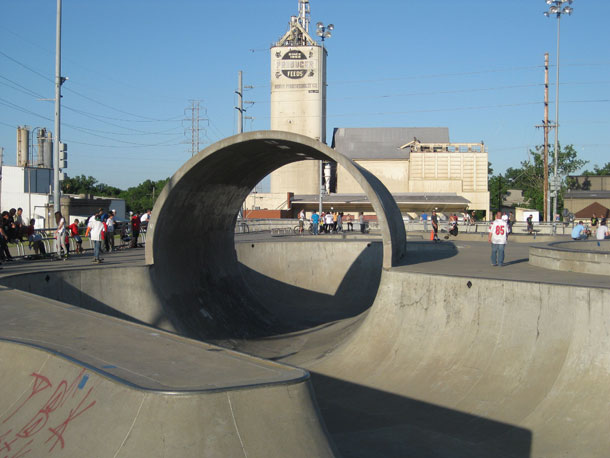 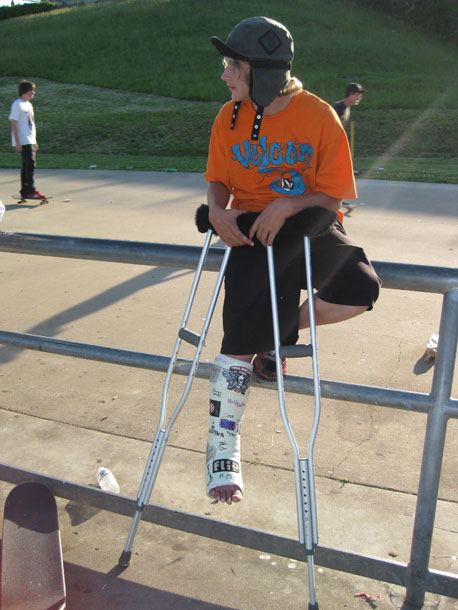 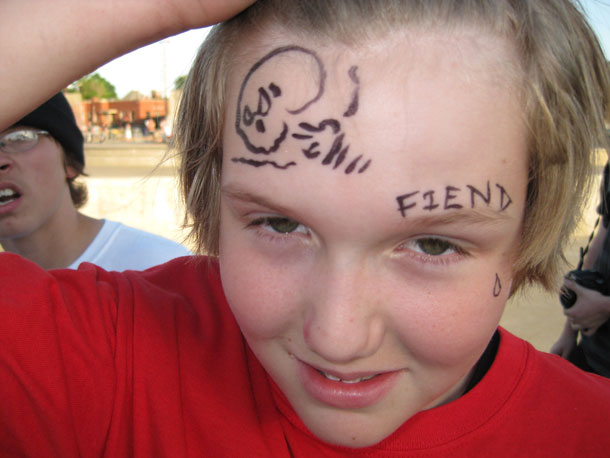 Navs to the forehead 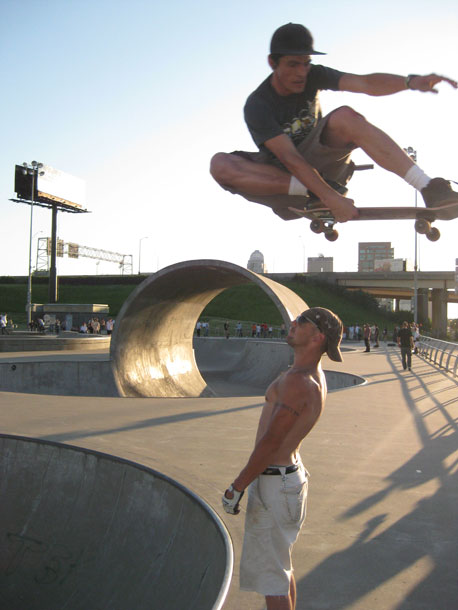 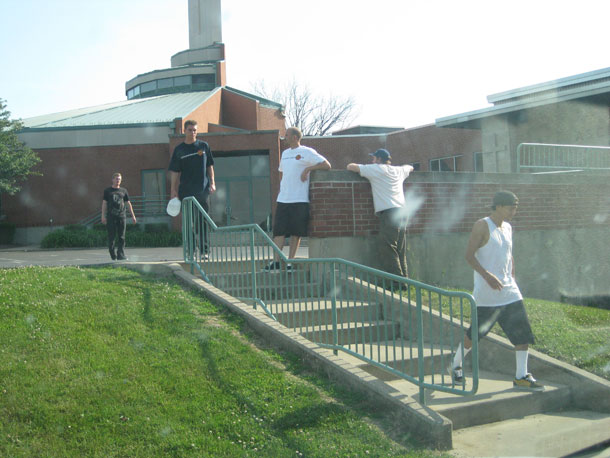 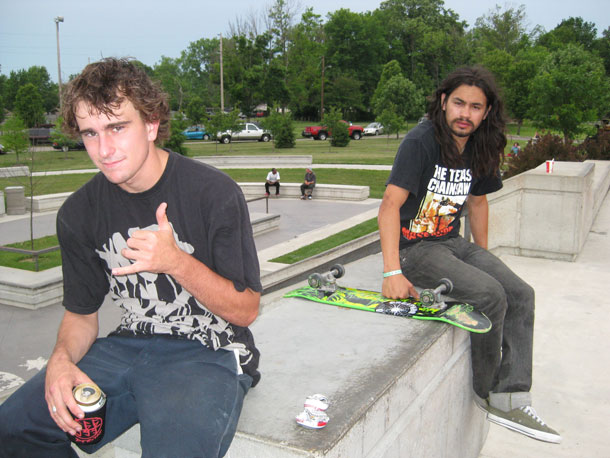 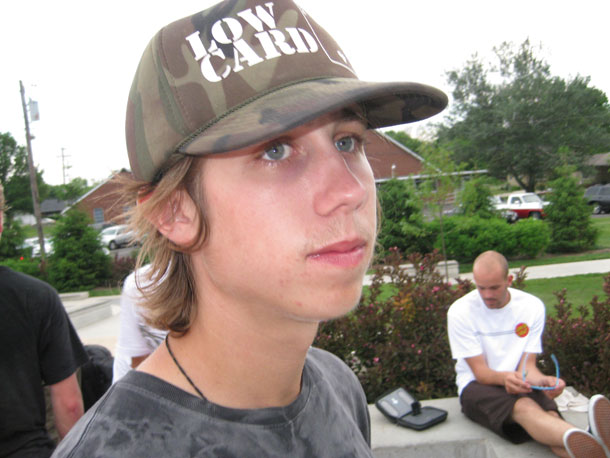 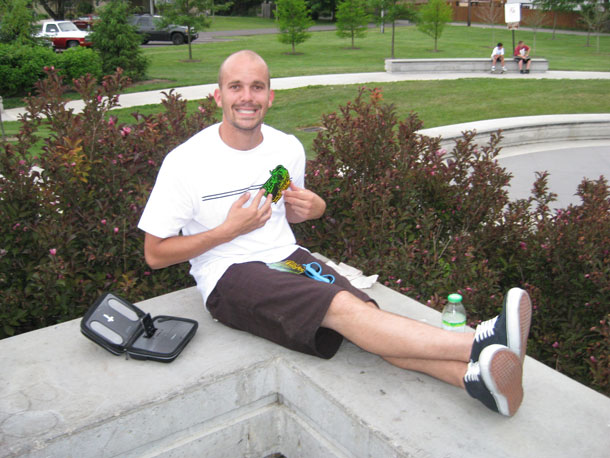 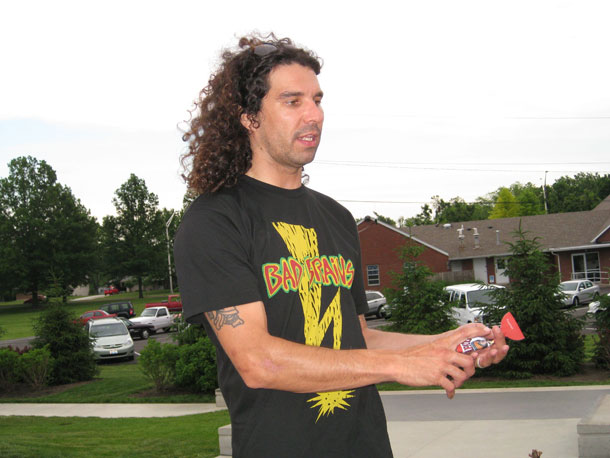 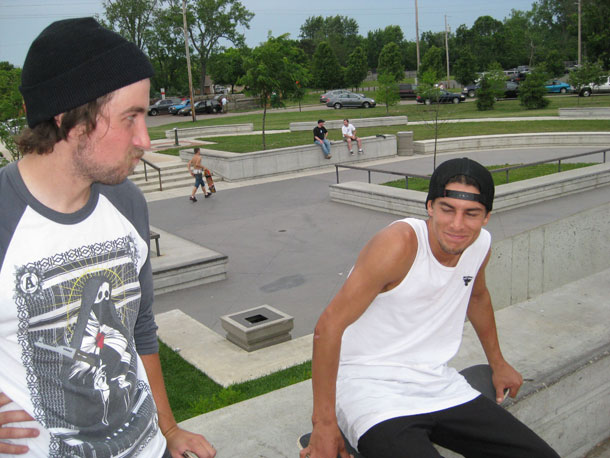 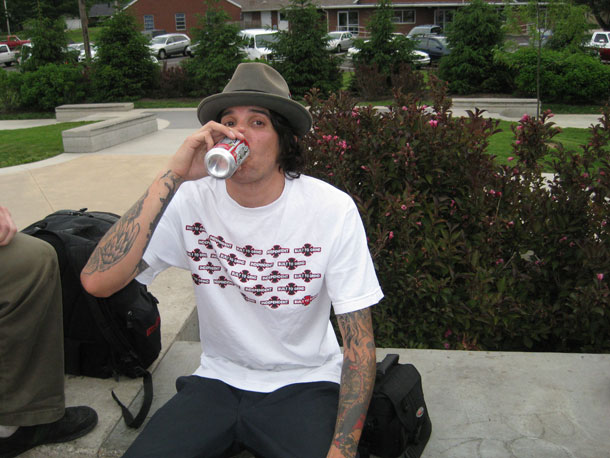