Send us a clip of your gnarliest hill bomb for your chance to win 1 of 5 Lance Mountain cruiser boards. The deadline for submissions is Monday, August 22nd. Send clips to: [email protected] 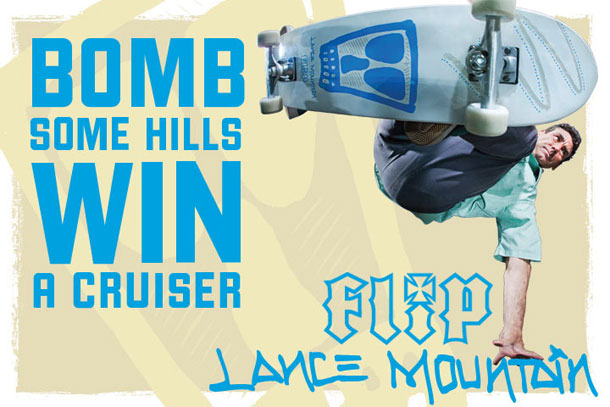 You can use this Emmanuel Guzman hill bomb from Prevent this Tragedy as an example...