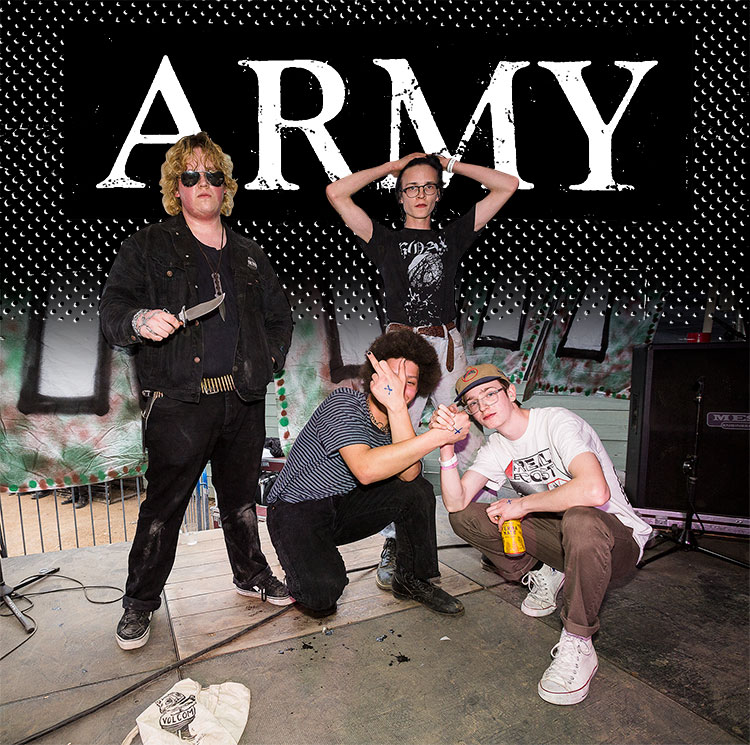 After a certain band with “He Who Cannot Be Named” backed out of their time slot at the Death Match, we asked around to see who the best band in Austin was. The overwhelming answer was ARMY. They stepped up and tore the place down. Check them out. —Jordan Joseffer

What do you guys think of the Army?
B: I hate the Army. Fuck the Army.
D: The Army is wack, dude. The Army sucks.

It seems like you guys have your own squadron here in Austin. Describe  your Army.
All: Squad!
D: It’s all of our best friends. We love them all. It’s the greatest squad you could ask for.
M: They’re the closest homies we’ve got and they’re there for us.
A: Real shit. Shout out to all of our friends.

What’s up with “I Hate I Skate”?
D: That’s my brother’s label. “I Hate I Skate” is just a name he uses to put stuff out. It started with his bands, then friends’ bands. The whole idea about it is to help bands out and help the community out.
M: It’s the sickest label I’ve heard about in a sec. 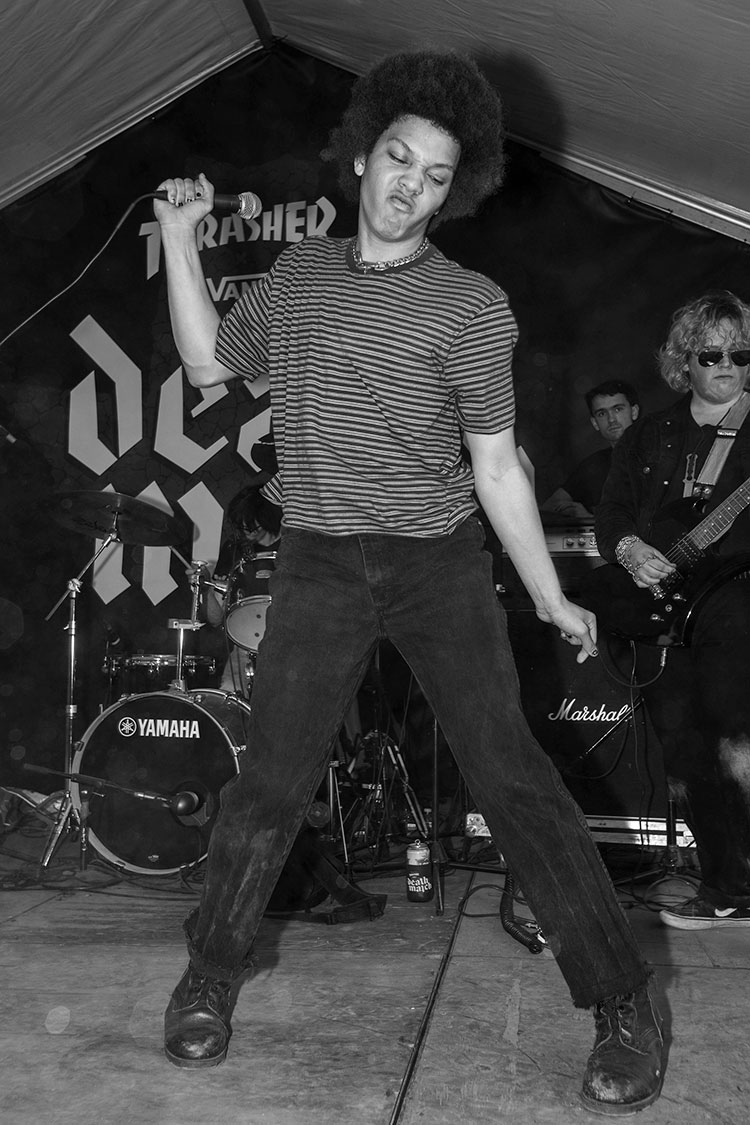 I saw a video of you burning an American flag. How does that fly in Texas?
A: I mean, it’s whatever. My thing is that I don’t think there’s liberty and justice for all. I don’t truly believe that.
B: Anarchy, baby!
D: In Austin you kind of forget you’re in Texas. For us, burning a flag at a show around our friends with the same mindset isn’t a big deal. No one said anything. If anyone did say anything I’d tell them to fuck off. I don’t think there is liberty and justice for all in this country and in that  sense why should I respect that flag when it’s not representing what it’s supposed to.

You guys play ’80s hardcore. How’d you find the bands that influence you when they were all done way before you  were born?
A: I was born in 2001.
B: Born in the wrong decade, man.
M: Just from going to shows in the Austin punk scene. David’s brother has been putting on shows for a long time and we started going to them.
D: That’s kind of the way I got into it. My brother and all of his friends were starting bands and playing shows. I was, like, 12 or 13 like, “Whoa, I want to go.” Then I met these fools because they were in another band that I guess I’m in now, too, called Residual Kid. They were playing harder stuff. It was more kind of grunge but it was harder than anything anyone my age was doing so I was drawn to them and we became best friends.

Top-three Texas bands.
All: Nosferatu, Enemy One and The Real Cost.

Where do you think hardcore will be in five years?
B: It’s been getting better and I hope it gets better but I don’t know how it can.
D: I’m just stoked for all of the new bands. The biggest thing in hardcore is that it’s by the kids, for the kids. I hope I don’t become some dumbass old guy who’s a dick to the kids because that’s who it’s for.
A: I definitely want to see the next generation of kids that are going to start bands and support them.
B: Support the youth! Youth for the youth!
M: We’ll all be dead by then.