As his moniker suggests, R.A. The Rugged Man has always been rough, rugged and raw. Signed to Jive Records at 18, the Long Island native made it a point to shake up the industry as much as possible—even to his own detriment at times. But despite his bumpy start (two of his albums were shelved), R.A. went on to become an underground hip-hop legend and has maintained a prolific career for the past 30 years. Now, with his third studio album All My Heroes Are Dead out in the world, he’s focused on his life in Germany with his two kids and, like most independent artists, trying to stay afloat during the Coronavirus pandemic. During a recent interview with Thrasher, R.A. opened up about how he’s navigating the current crisis, his new album and how he didn’t actually throw Drake over a bridge. —Kyle Eustice 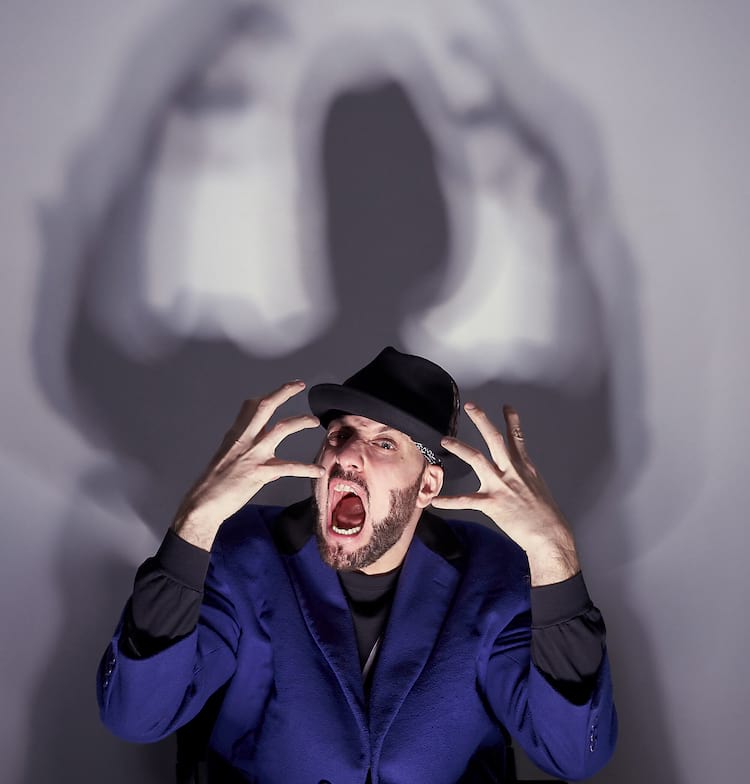 Photo: Griffith
This interview was originally featured in the July 2020 issue.
The world is in complete chaos dealing with the Coronavirus. Aside from having to cancel your tours, how is this affecting you, especially around this album release?
The worst time possibly to drop a album is when you can’t tour off of it, because that’s how we make our money, especially independently. If we’re doing Taylor Swift numbers where you get a billion views, then you wouldn’t have to tour again in your life. But I have to tour. That’s where your money comes from. You take all the touring money and you put it into recording, mixing, mastering, video shoots and promo photo shoots. That’s what you spend your touring money on. You do that because it’s investing in yourself again. Then, when you put out another really great record, you can tour off of it again and do hundreds of shows again off of putting out something that a lot of fans all over the world really love.
I think the scariest part is just not knowing when this is going to be over.
The whole world’s going through it. We cry, we die. Everybody. There are people losing everything they worked their whole life to get. People are losing everything. People are losing big Broadway shows. People get a big movie deal to direct their first feature film for $50 million. They’re losing it. It doesn’t matter who it is right now. Everybody’s losing it. People who had businesses that were leading to them being multimillionaires, all of a sudden lost everything. In all honesty, this is what happens in the world. We go through horrible events, whether it’s the 1918 pandemic, World War I, World War II or Nagasaki and Hiroshima in Japan. The world is about loss and death. We will lose all our loved ones, or they lose us, and the world just keeps moving. This’ll just be a part of history. It’ll be, “Oh, remember that pandemic in 2020?”
You wrote “Uncommon Valor: The Vietnam Story” and had a dad who was in the military. You lost your dad in 2010. How did that change you?
You don’t know what you have until it’s gone. There was a bunch of people crying last year about all these problems that they really didn’t have. People want drama, so now they got it. On the flip side of this all, you lose loved ones. I lost my father. I lost a lot of other family members, too, as you know. But that’s part of life. A lot of times when people have never lost anything, they don’t have the strength. They crumble at anything. Maybe this generation and the world will come back even stronger after this. The loss of my father, that made me a stronger person. When I go, it’ll make my kids stronger. It is what it is.

The All My Heroes Are Dead cover art has a military theme. Is that because of your dad and his military career?
The military trains you to be a killer. So, he came home—it was guns under the pillow, guns under the bed. Guns, guns, guns. Skull shirts. “Kill them all, and let God sort them out.” The whole Special Forces shirt. I would be wearing that at eight years old. That was the era I came from. And on top of that, the ’70s and ’80s produced all these extremely violent guns and fighting, and all these incredible action films. When you talk about the golden era, you go, Okay. This was my era, where I was at. This is what we watched. This was the entertainment we had. These were the subjects. So, you throw on a couple bullet belts and go, Hey, this is it.
Plus, you had it going on in the streets of New York. You’ve got The Warriors shit happening at the same time. That’s why I loved your first album trailer so much and how you incorporated old subway trains, graffiti and that whole ’80s hip-hop aesthetic.
The guy who directed it is Jonas Govaerts, a really brilliant Belgian filmmaker. He’s award-winning out there and he had many means in Hollywood. But right now, he’s a really celebrated director in Belgium. He directed the “Legendary Loser” video as well. We had planned to hopefully do another video, but after this, it doesn’t seem to be like that’s going to happen.
My favorite part in the first trailer is when the kid’s on the phone and he’s like, “Yeah, Rakim’s alright, but Drake is the G.O.A.T.” Then he just gets shoved off the bridge.
Throw him off a fucking bridge. Here’s the thing — it’s a fucking doll. Like even when my kids watched that trailer they’re like, “Daddy threw a doll off the bridge.” I didn’t tell them it was a doll. It’s a fucking doll. So, it’s us having a sense of humor. It’s not me literally throwing Drake off a bridge. I’ve seen so many people, “Oh, this bitter guy. He’s so angry. He’s mad at Drake.” Like, there’s no anger in that fucking trailer. It’s just comedy.

Do you have a history of skating at all?
In Long Island there was a lot of us kids who used to try to skateboard. Some of them wanted to become pro, and a couple of them were wild and would break their skateboards. I did a skate song for the Tony Hawk video game, though. There’s a song called “King of the Underground,” and a lot of skateboard kids never heard of me until that song.
How did that happen?
I was in California in a studio and some woman said, “Hey, we’re in charge of this Tony Hawk video game. A whole bunch of people will hear it.” I was invited to come through and record for it. When I handed it in, it wasn’t really supposed to be about skateboarding. It was supposed to be more just a song to put in there. But they took it anyway, and I’m rapping about doing ollies and kickflips and “Skate or die.”
I learned a lot about hip-hop through skateboarding culture.
There’s a lot of say mid-30s to early-30s type of white boy producers who kind of came up on, “Oh, I was a skater, and we’d hear Gang Star’s album and this album.” Then they’d randomly all the sudden started making beats. They didn’t come up on the New York battle rap scene, but they kind of learned hip-hop through skateboarding with their crew. I’m looking at the Tony Hawk King of the Underground right now and I say, ”We fall off boards, break bones, get cut up, twist ankles, get bloody, but we get right up. Leap twists, pop shove it.” Old school. You couldn’t curse on it. You couldn’t be an ignorant, belligerent guy on it. But it worked out.
© 1981–2023 High Speed Productions, Inc.