Many of you may have noticed an unfamiliar dude hotdogging all over the recent Brixton Water Hazards video that Jon Holland made a few weeks back. In a slower skate news cycle Mike Marks would've been a prime candidate for one of those Lunatic Fringe features we do. Unfortunately, the train of stoke never slows around here and we ran out of time. Thus, I caught up with him in the less auspicious Burnout zone for a lil' Q&A and GIFs of his more bitchin' recent maneuvers. Thanks Mike! 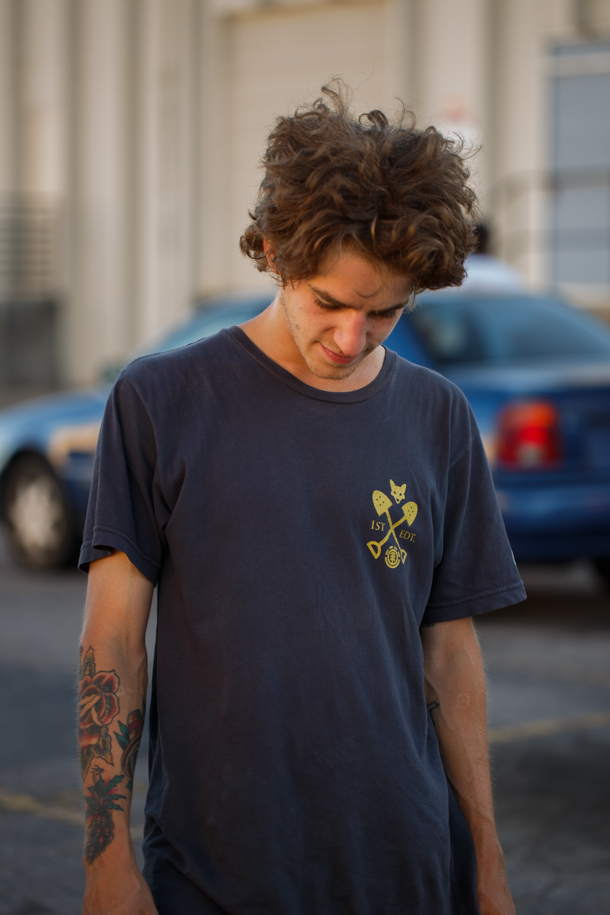 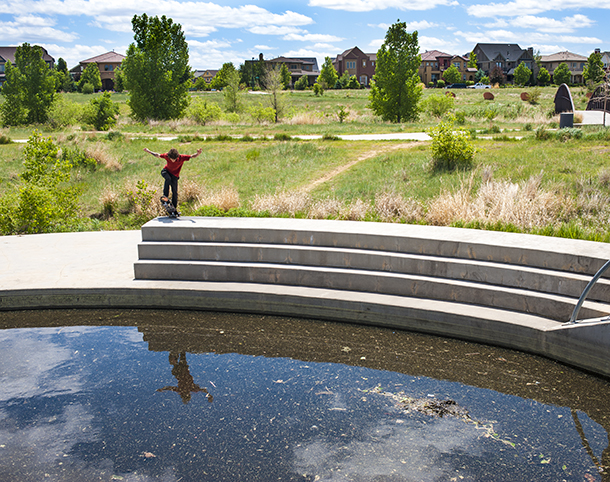 Give us your stats - age, hometown, sponsors and whatnot.

Tell us about your beer sponsor?

Two guys who worked at Great Divide ran a skate warehouse and brand called No Love. I asked them at one of the sessions if I could rep it for free beer and they made it happen. It's been flowing for over two years.

Are there any negatives to getting free beer?

Being excessive is a negative, I used to drink more than I do now. I keep it mellow until the weekend, I work full time Monday through Friday.

Why did you move from New York to Denver and how do those places compare skate wise and attitude wise?

I moved to Denver because it's a city near the mountains. There is still a countryside and farm land that's close, like my hometown. New York City was too expensive, I tried. Denver has more of a community aspect to it. NYC has cliques because it is such a huge scene. The ground feels the same out here, though.

Who's your skate crew these days?

You're already married? What's the story?

We went on a date months after meeting. I didn't think I had a chance. We never talked. Months later we talked again, went out and were inseparable after that.  I had told my friends I was going to marry her before she finally gave me a chance. and I did, on March 14, 2012. Pi Day.

I heard you're a Dylan nut. What's a lesser-known Dylan deep track you can recommend? What's your favorite Dylan album? Do you even like his born-again Christian stuff?

Abandoned Love is a great lesser-known song. It was released in 1985 but was recorded for the album Desire which came out in 1976, and is my favorite record of his. I have all of the Christian stuff. I don't listen to it much, but I like a few songs from those three records.

I heard you wear a badge at your job. Please explain.

Yeah, my badge is a state issued document allowing me to cultivate and work in the MMJ industry. I work for Ivita Wellness.

Cab front nose fakie, board probably going in the water here too.

You got any bad habits?  Have your ever bitten an entire fingernail off?

My nails have gotten much better.  I've never bitten it entirely off, just ripped of layers. They used to look bad but they are healing up. I'm pretty anxious

What do you call this crazy rail trick we shot? You got any other wild rail moves you're working on?

I guess nollie bigspin front board. The backside version is nollie bigspin back lip, this is the frontside one.
I just want to do things I haven't done. There is only more to try.

Ladies and gentlemen we present the nollie bigspin front board, aka The Marks 'n' Roll aka The Skid Mark aka The Whirlin' Dervish!!!!

What's next for Mike Marks?

I believe my first Element trip is in March. Filming for LandRace, the new 303 video. Beyond that, just spending time with Isabel and our dog, Blue.