James Brockman has been on Zero for ten years in which time he's pioneered some heavy switch rail moves, blown out his knees half a dozen times, grown his hair out, lost it and bounced back to produce an amazing part for Cold War. A quick interview, as seen in the Dec. issue of the mag.


'It made me change the way I skated and what I wanted to skate.' 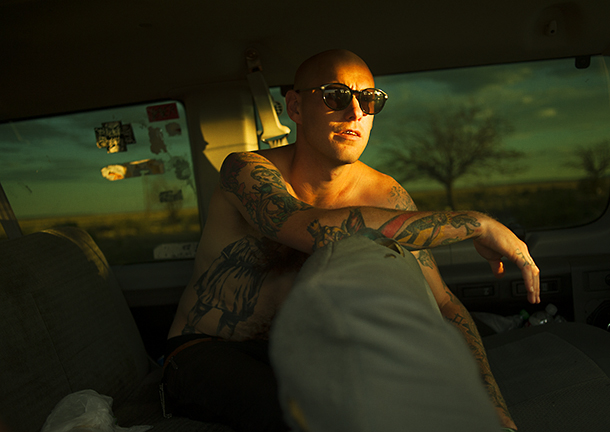 Golden hour in the van. You're welcome, ladies.

What was the first time you ever saw or heard anything about Zero skateboards?

I think it was the ad they had a long time ago of Wiggins ollieing some gap and it said, “He doesn’t ride for Zero but he lives in a trailer.” That’s what’s in my head.

How would you describe Zero? How is it different from other companies?

It’s just a real close group of fuckin’ friends that go skate. I don’t know if it differs from anybody else. I’d like to hope other companies are the same way. 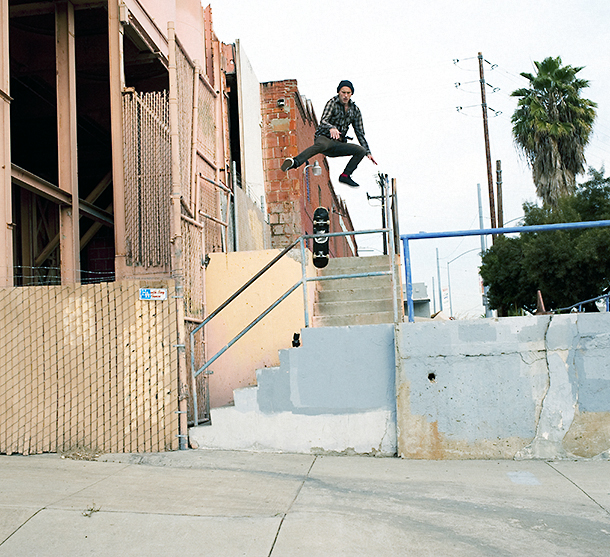 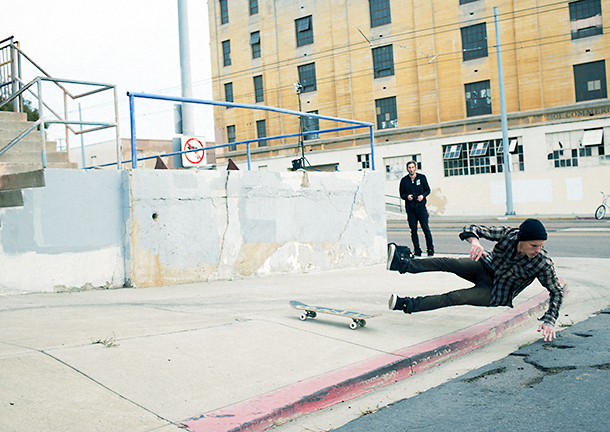 Before you got on the team, what part of Zero really made an impact on you?

I was just really psyched on Misled Youth, and that made me want to ride for Zero. I’m partial to that video.

It’s hard to describe how I felt when I was that young, but it was just so awesome to see. It made me change the way I skated and what I wanted to skate. It’s hard to think that far back. 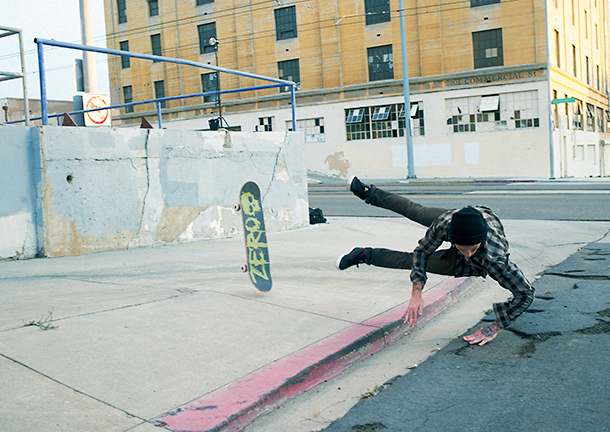 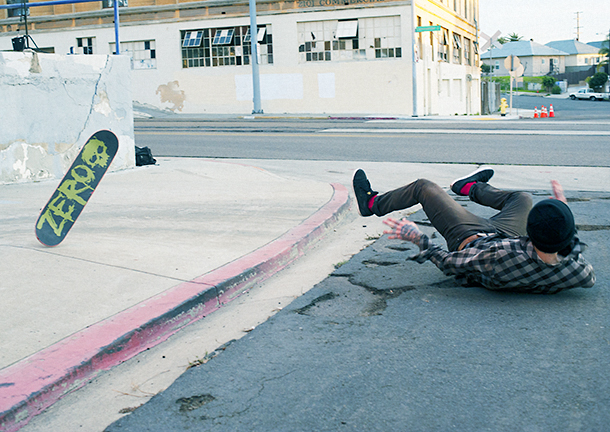 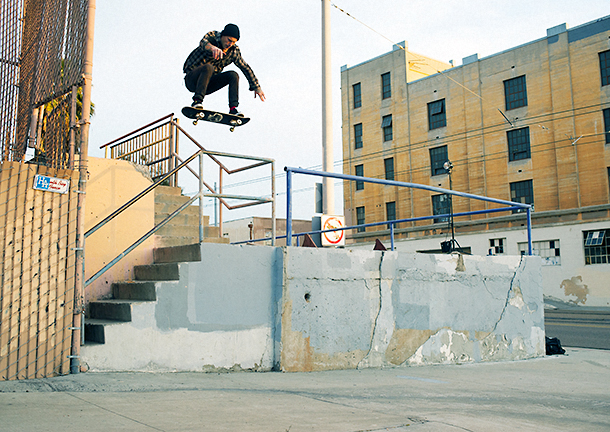 'I’m pretty psyched on everything I can roll away from.' 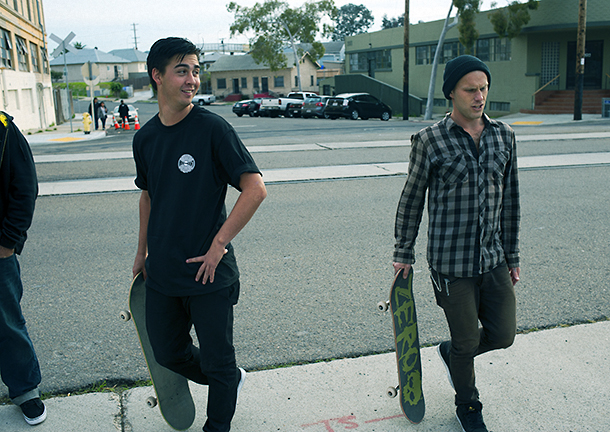 How long have you been on Zero? Who got you on?

I guess it's been over ten years now. I was on Osiris and Kanten Russell called up Jamie for me and gave him my sponsor-me tape. It all came from that.

If you could put anybody on the team, who would it be?

Brockman beats the weekday blues with a nollie flash n roll off the side of the road.

If you could put anyone back on the team, who would it be? 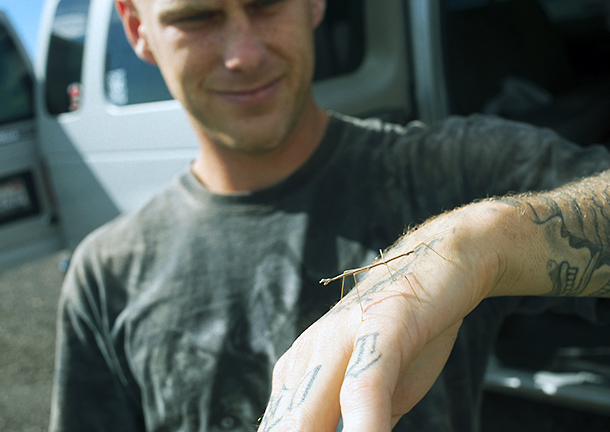 At one with nature.

Is there a trick in this new video that you’re pretty psyched on?

I’m pretty psyched on everything I can roll away from.

Have there been any big setbacks trying to put this video together?

My knee kind of hurt in the beginning. I was coming off an injury, so I wasn’t really filming right away. Luckily the video’s been pushed back so many times I was able to film some shit.

Who’s your best friend on Zero?

Lannie the filmer ’cause he’s awesome. If you want a skater, I’d say Tom K. 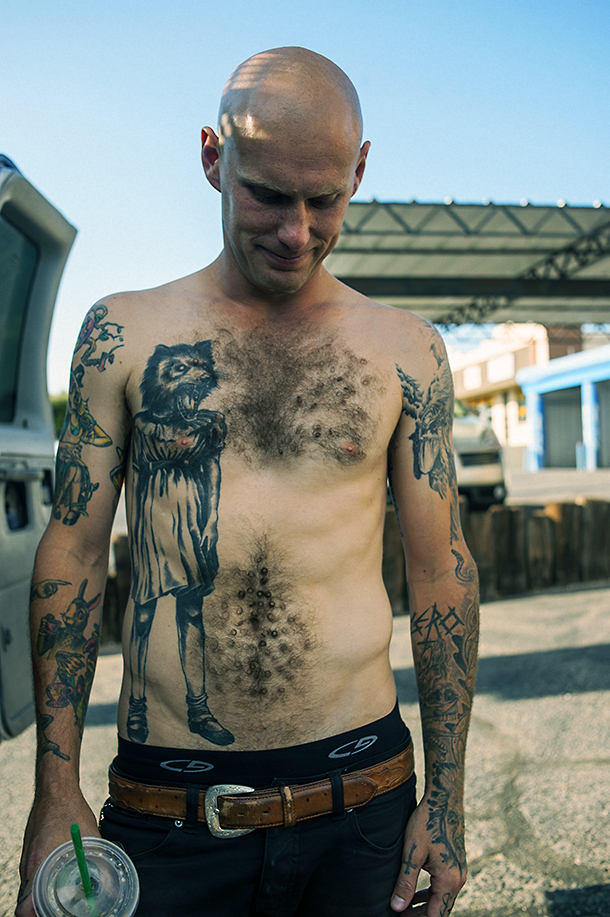 'He seriously can just jump forever.'

Tommy or Dane. They’re both fuckin’ gnarly. Tommy Gunz. He seriously can just jump forever. It doesn’t matter how long it takes. So gnarly.

Who’s the gnarliest Zero skater of all time?

Do you know what the Cold War was?

It has something to do with fuckin’ nukes and shit about Russia. I was watching The Daily Show earlier and they mentioned it. 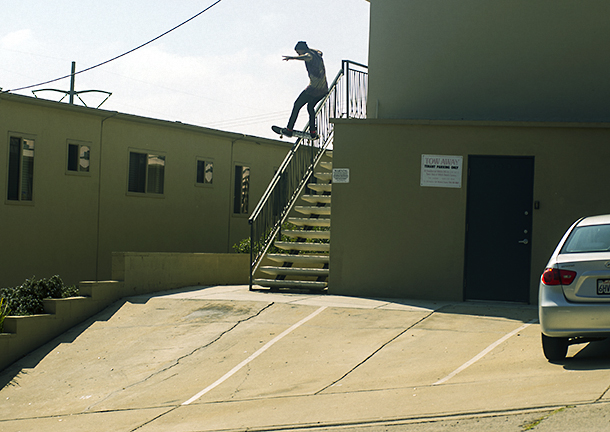 Last trick for the video, into the hill. 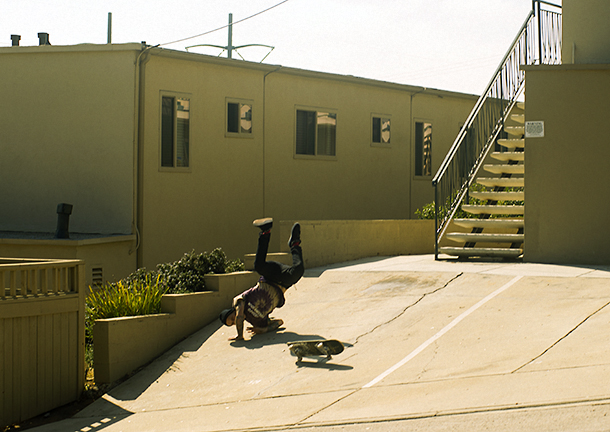 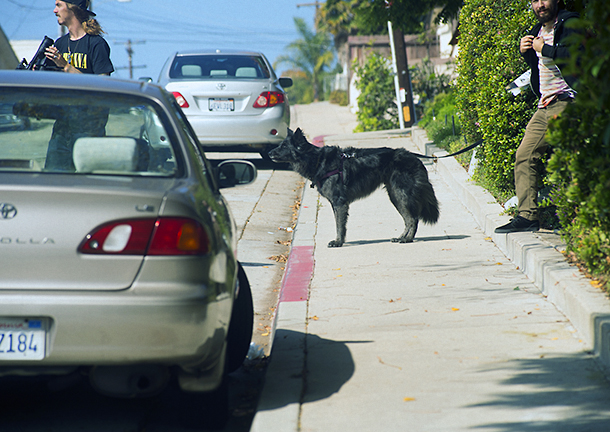 Trusty wolf at the ready.

'I just want to have a full part. I don’t really care about anything else.' 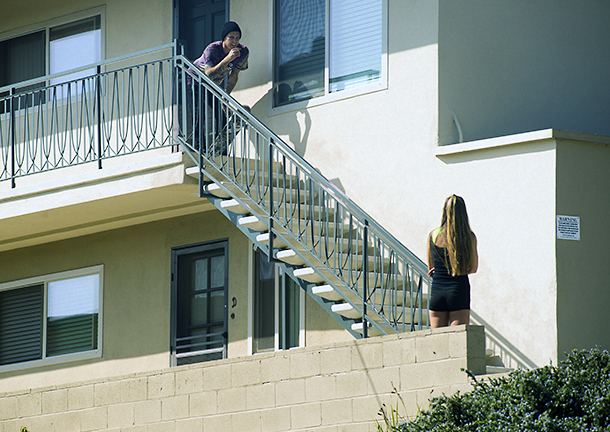 Hassled by a woman in hot pants. 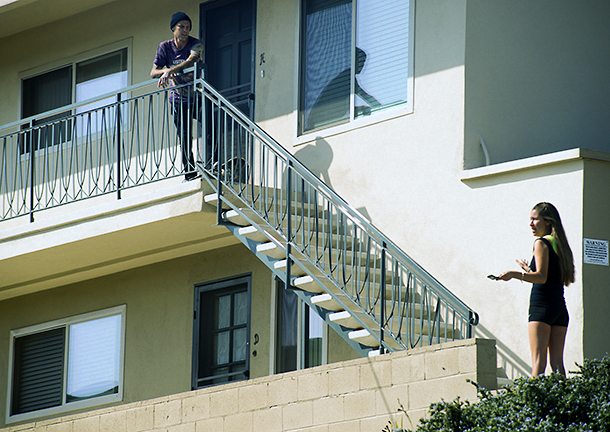 'You got it buddy!' she said when we told her to just call the cops. 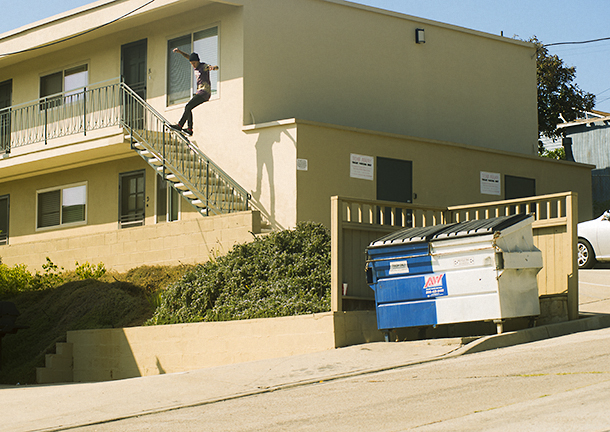 What are your hopes for this Zero Cold War video?

I just want to have a full part. I don’t really care about anything else. 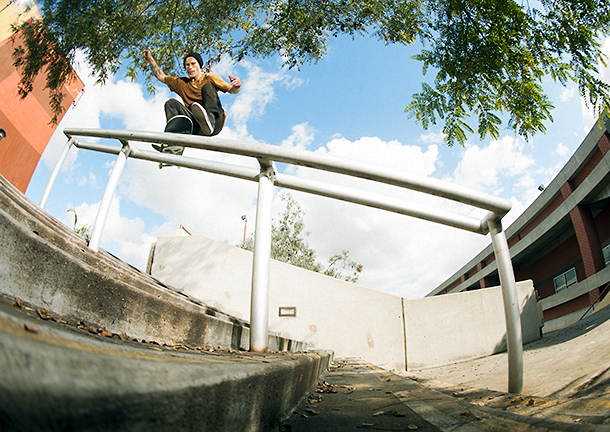 I don’t know. I think it’s up in the air right now.

Who would you guess?

I think Tommy will have the last part. And maybe Tom has first part.

Thanks James! Congrats on the video! 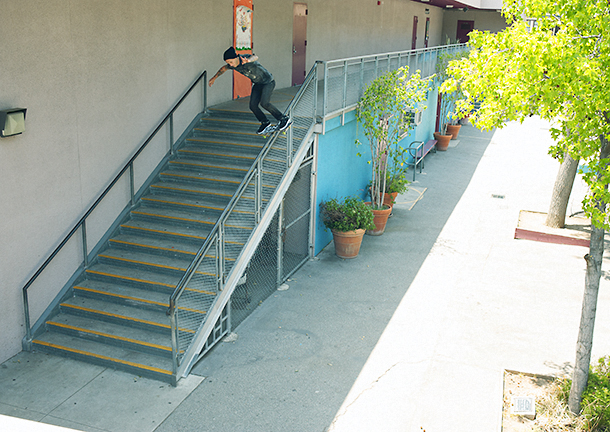 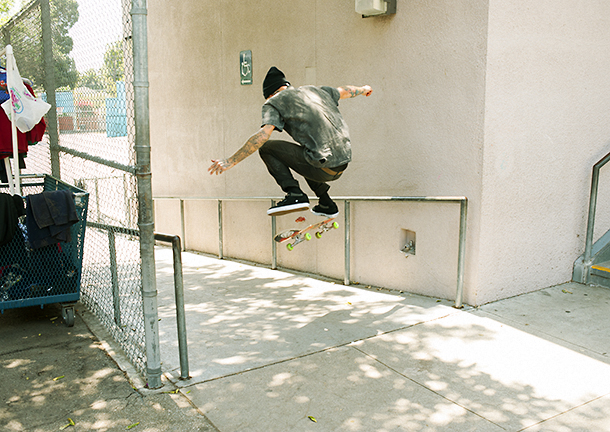 How frontside flipping into a sidewalk will help you on a rail I'll never know. 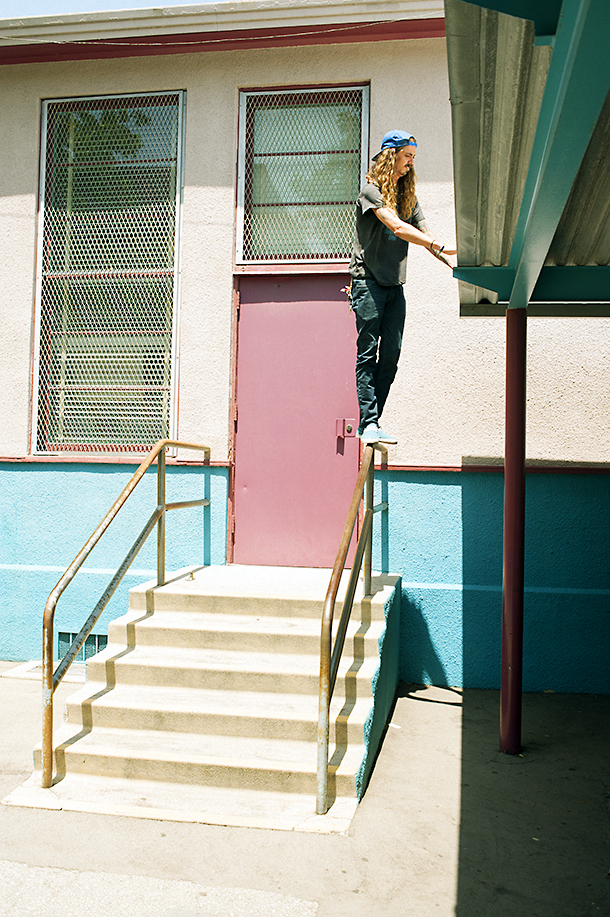 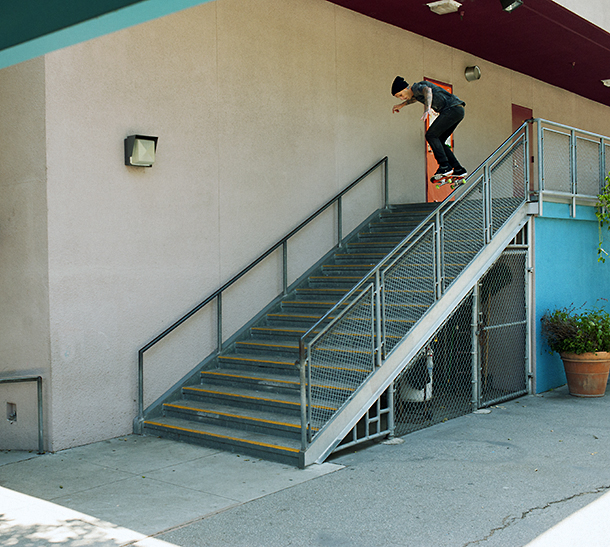 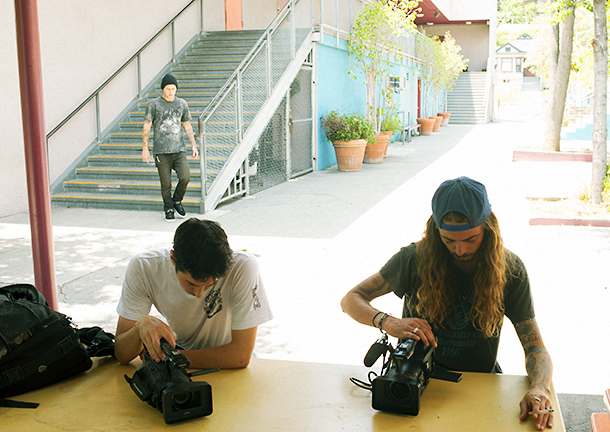 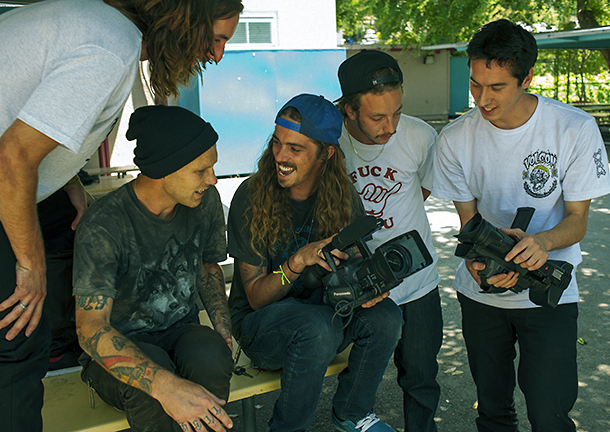 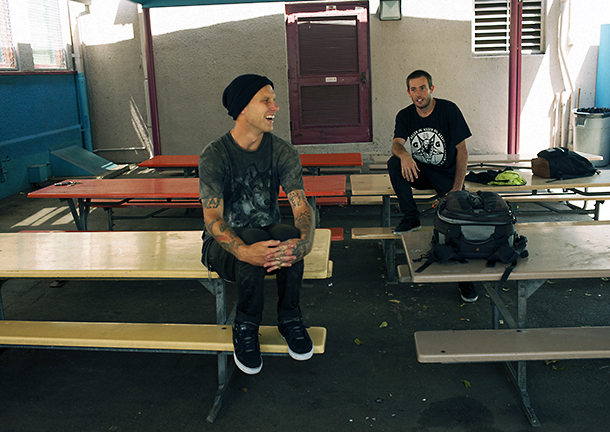 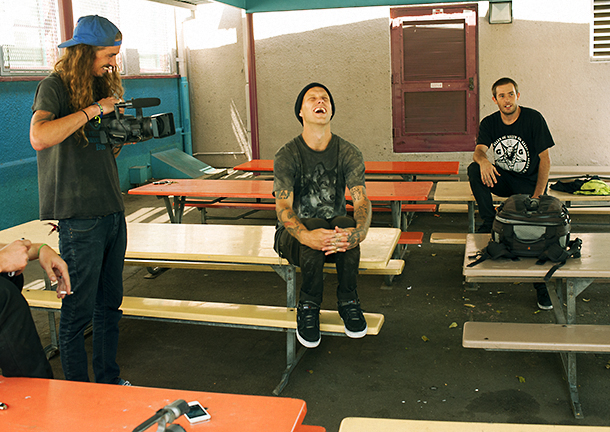 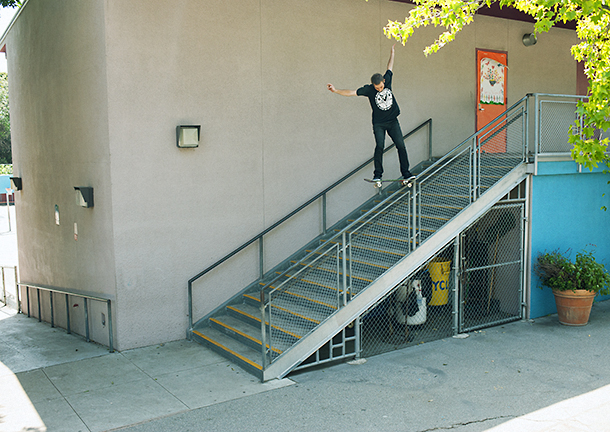