I meant to put this up way sooner, but here's some photos from the day I got to hang out while they made one of the commercials for the EA Skate 3 Game. Check the finished product, here, if you haven't seen it already. 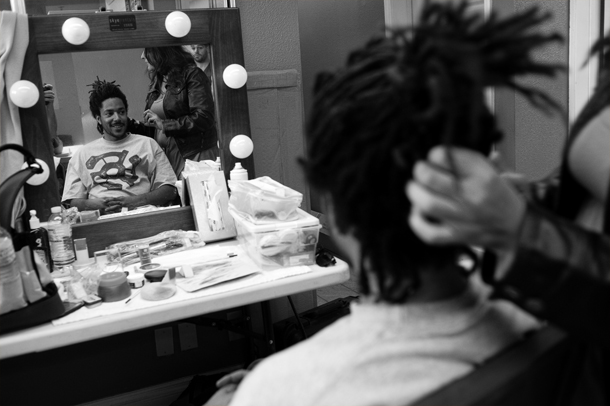 Benny, in hair and makeup. 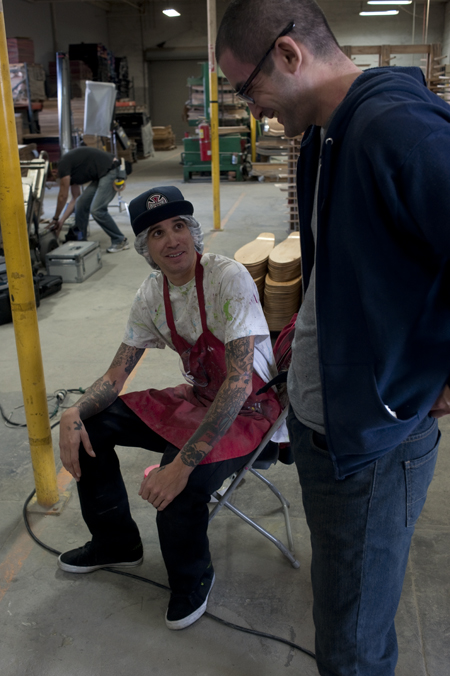 In a real stretch, Navarette played a blue-collar type. 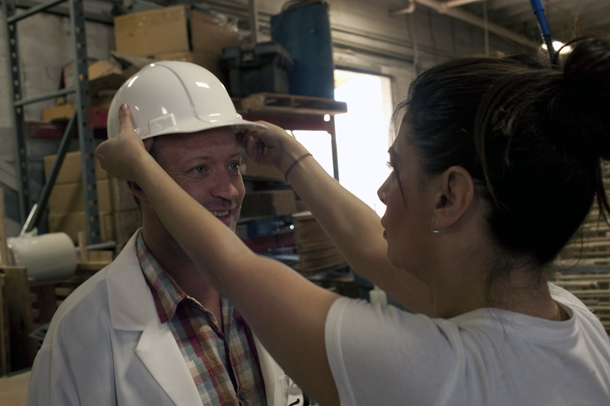 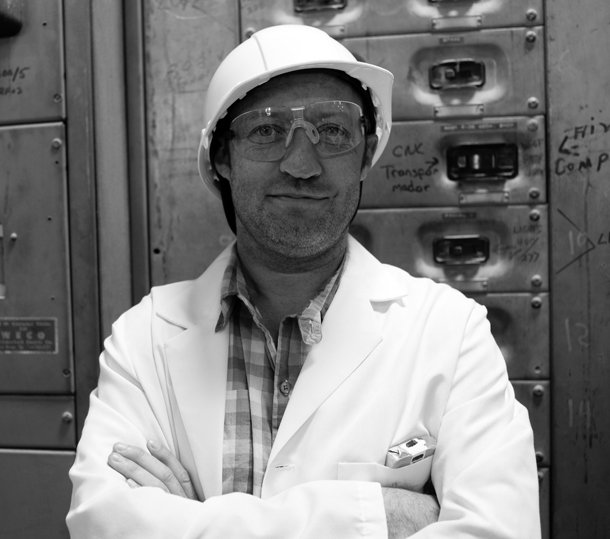 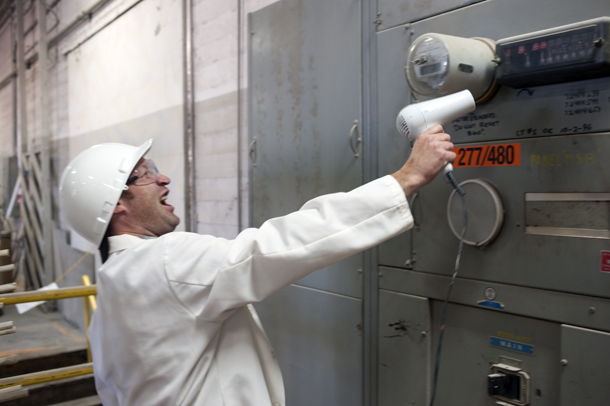 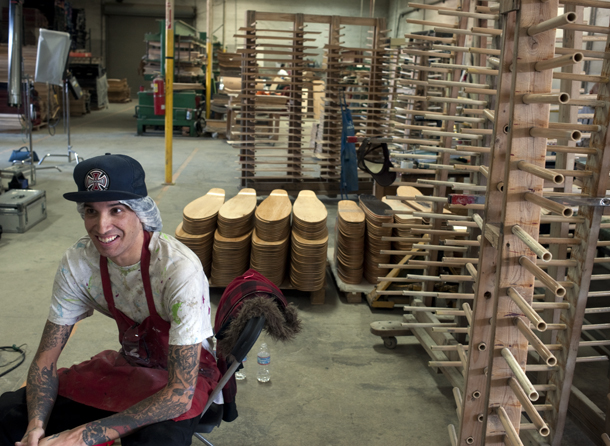 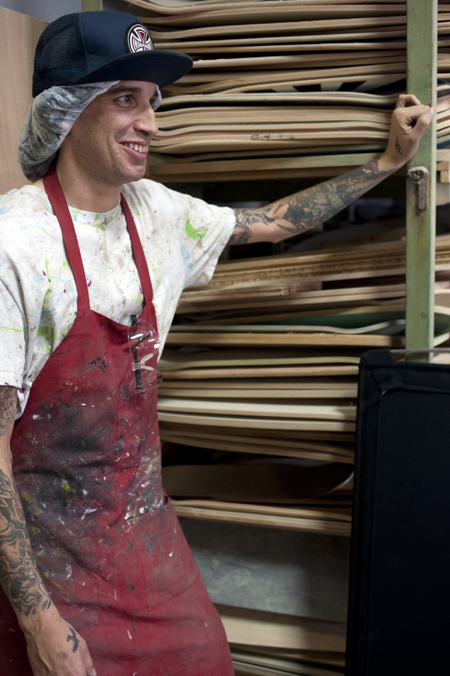 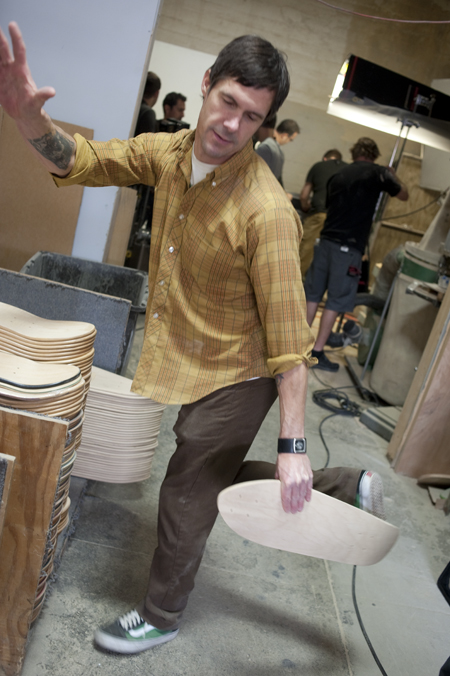 Whitey, one of the directors, gives a prop the ol' backside boneless test. 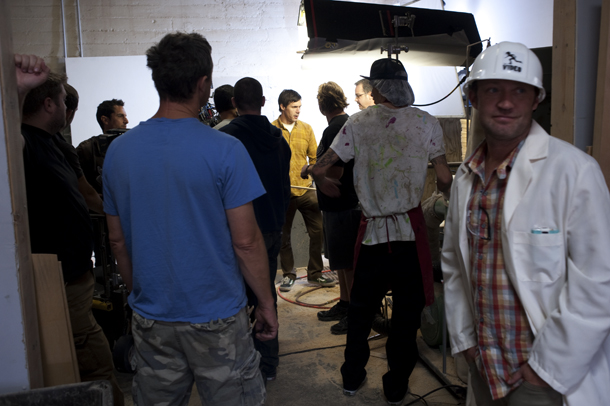 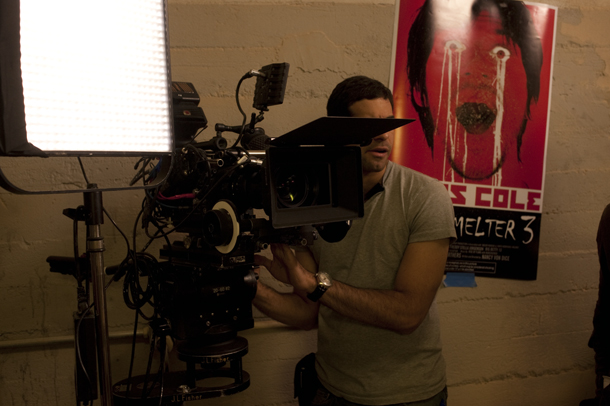 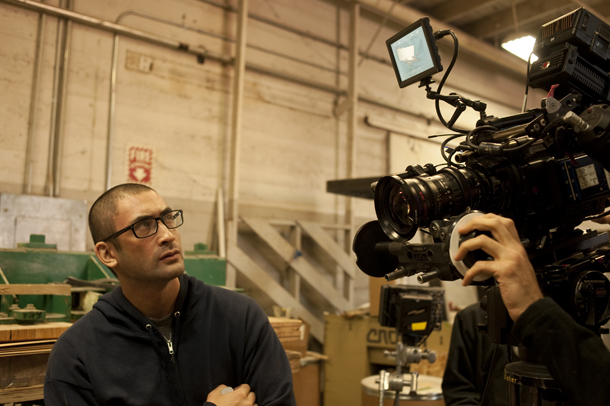 Deran, the other director. 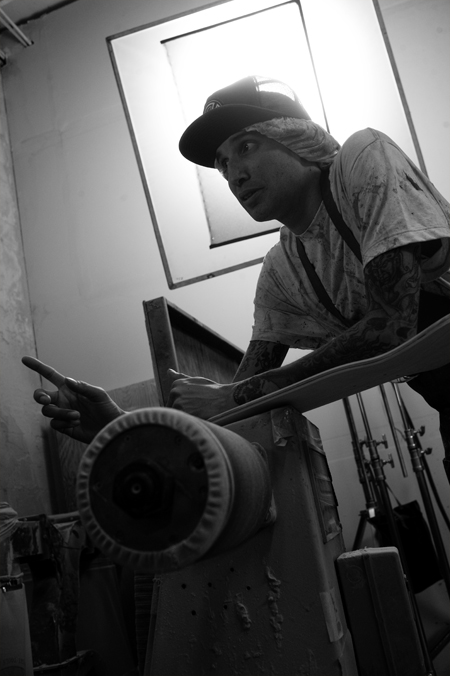 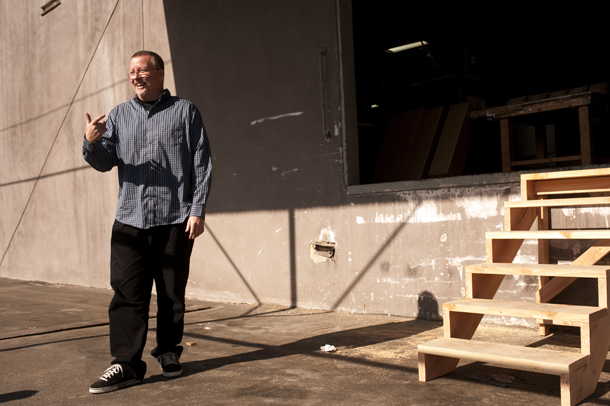 Chris spins a yarn between scenes. 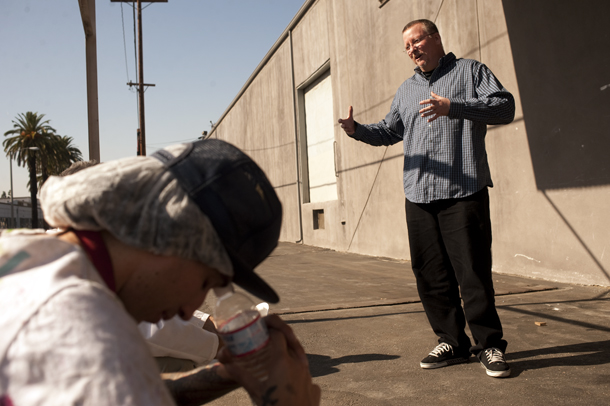 The schedule was grueling, but Darren, a consumate professional, endured. 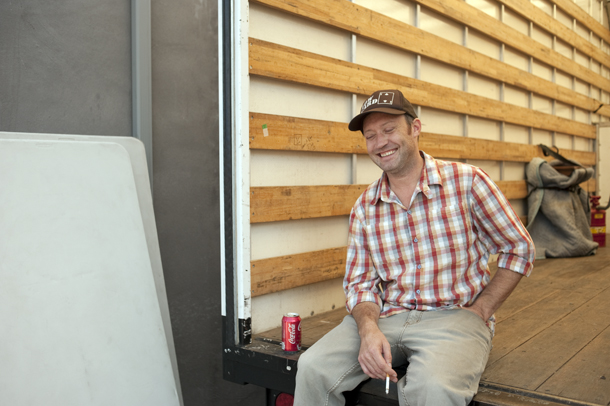 If anyone had told us at 18 that we'd be in video games in our late 30s, we never would have believed them. Totally weird, but awesome. Thanks, bros.